Store Saved Abandoned Cat and Hoped to Find Him Home, but the Kitty Had a Different Idea

They took in an abandoned kitten and gave him a roof over his head, the kitty returned the favor... 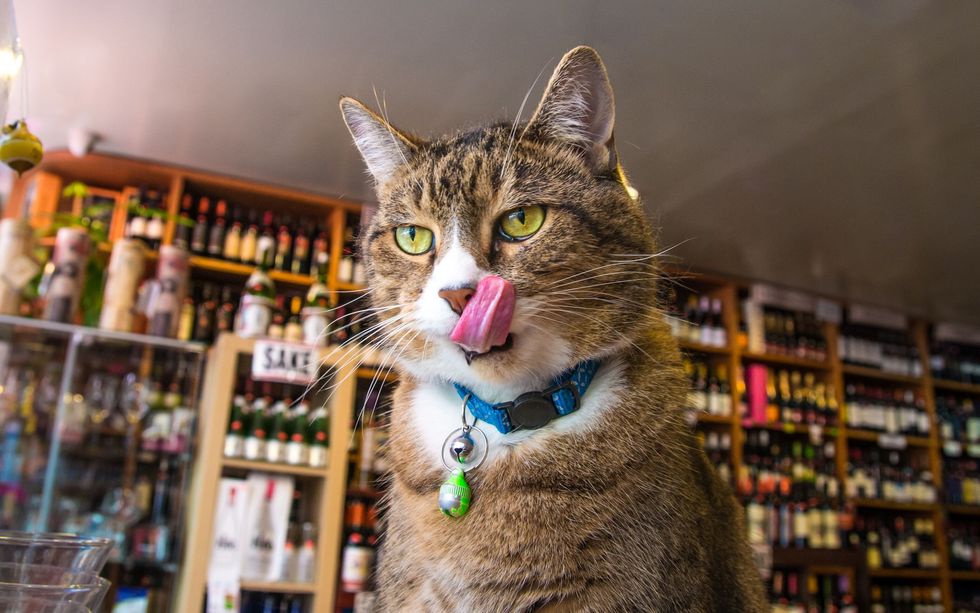 While he currently rivals the register in size, Jack was found as a tiny kitten, having been abandoned in the adjacent apartment building.

The two sisters who run the wine store took him in with open arms, figuring one of their customers would quickly fall in love with him and adopt him.

But Jack had a different idea... The smart feline already found two people he deemed his forever family and each day he pulled their heart strings a bit tighter.

The two sisters fell in love and Jack never left the store since. 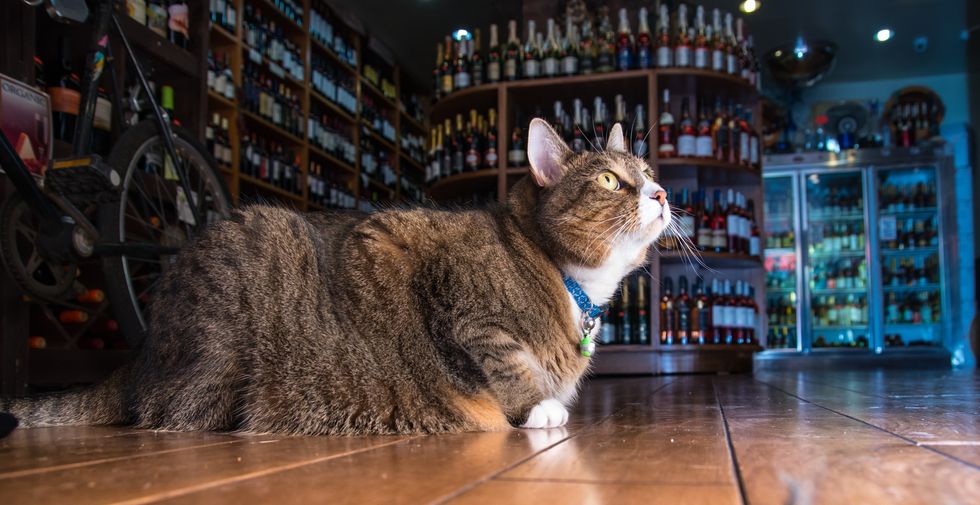 Despite his finite patience for adoration, Jack has a large following.

His fans drop by daily to check on him often bearing gifts ranging from cat treats and cat toys to on one occasion, a paper gold crown. 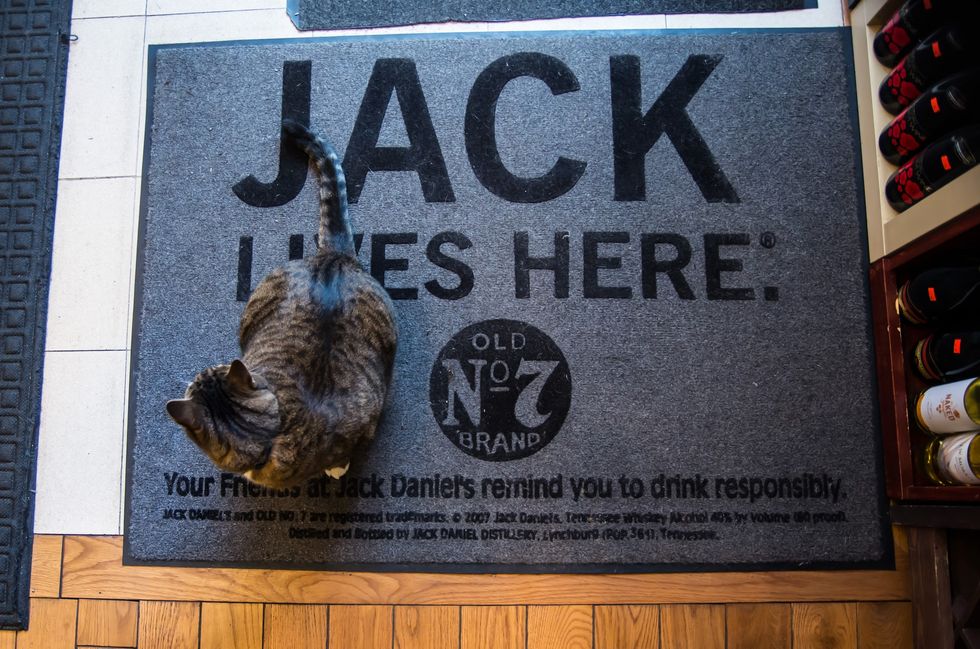 When he's not assessing customer's wine selections from atop the counter, he can be found lounging the display window or perched on the case of discounted wines. 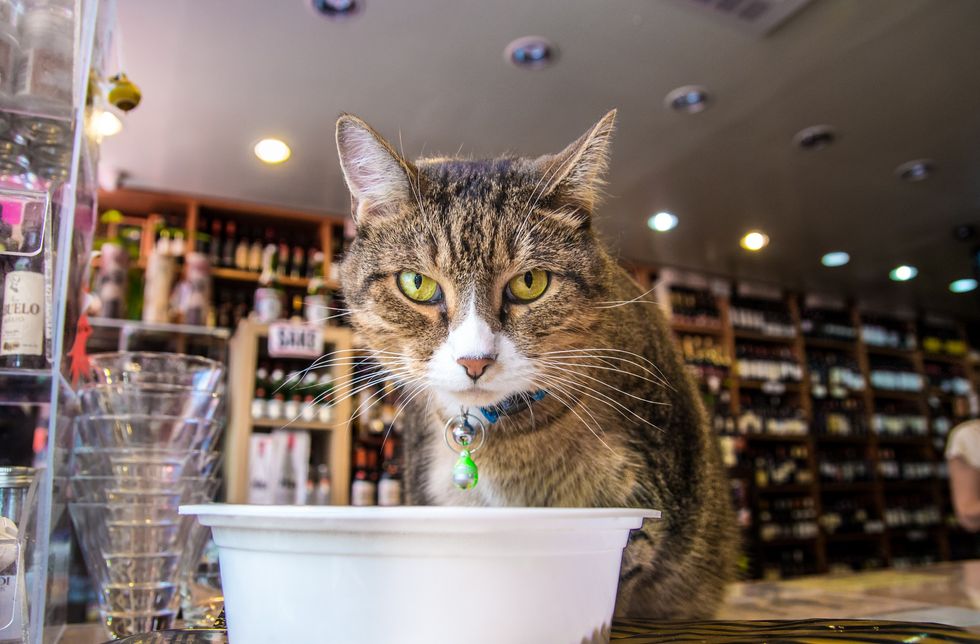 And if you happen to have cat treats or catnip in your bag, you'd be wise not to put it down in Jack's vicinity.

He has quite the nose, and will quickly relieve you of these purchases - he's rather stealthy for a big-boned cat.

Jack makes sure everything is in check at the store under his watch. 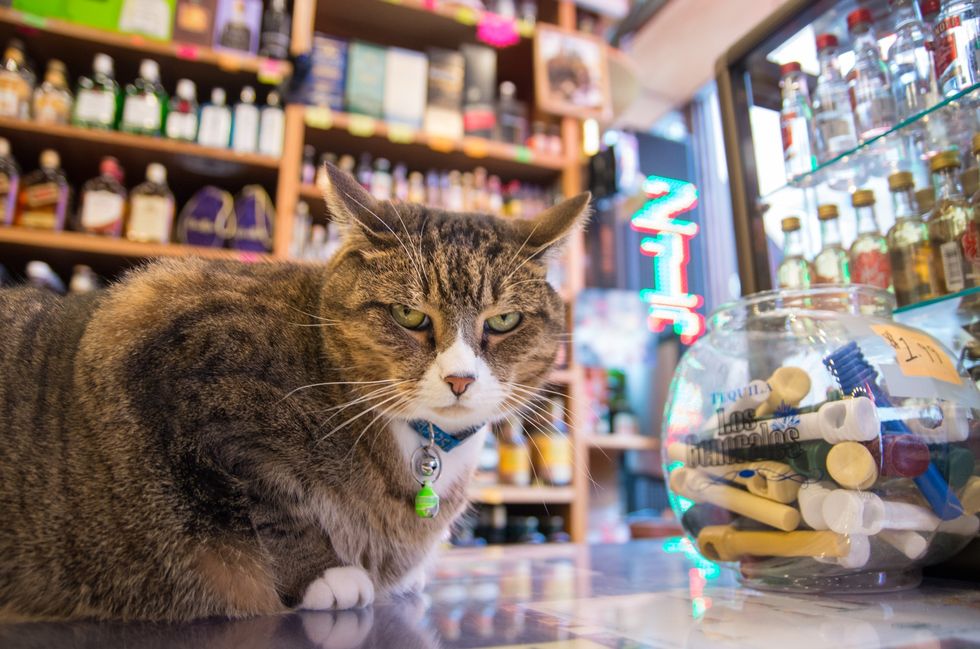 Surveying the store on one of his favorite perches. No one does the job better than Jack! 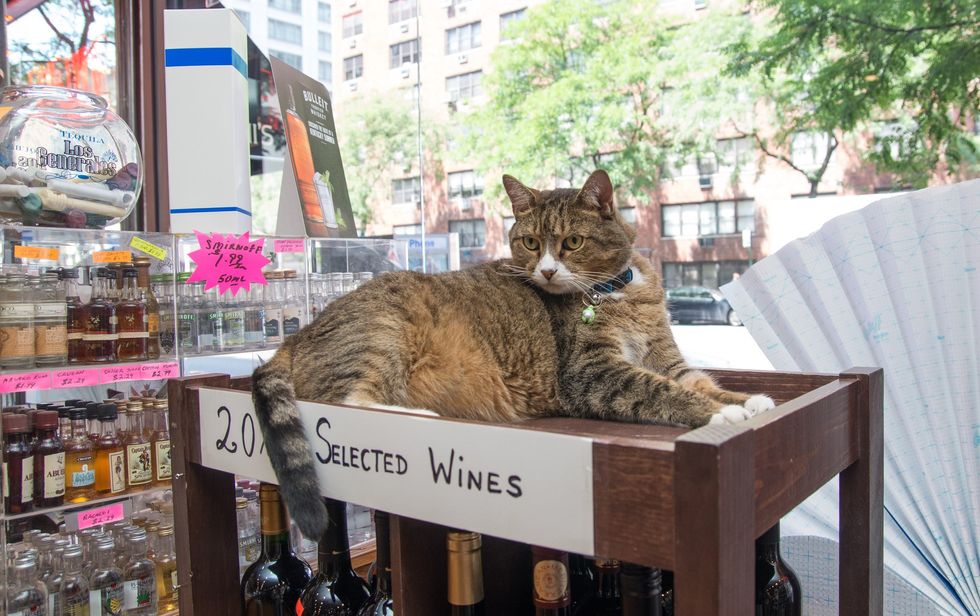 Jack has come a long way since he was found as a tiny stray.

He enjoys the attention and adoration from his customers, but Jack absolutely loves his forever humans, who showed him compassion when he was in need, and now he's returned the favor by guarding their store (his store) for life. 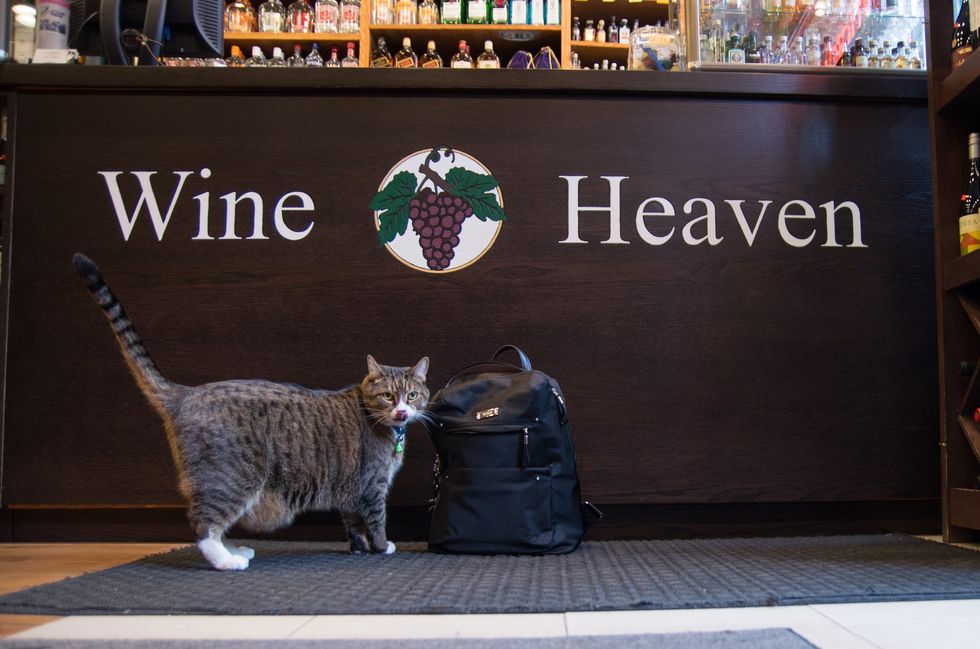 Jack has claimed the first chapter in the fabulous book Shop Cats of New York. It features 40 New York City felines residents. To read more about Jack and meet these other fascinating felines, click here to check it out! 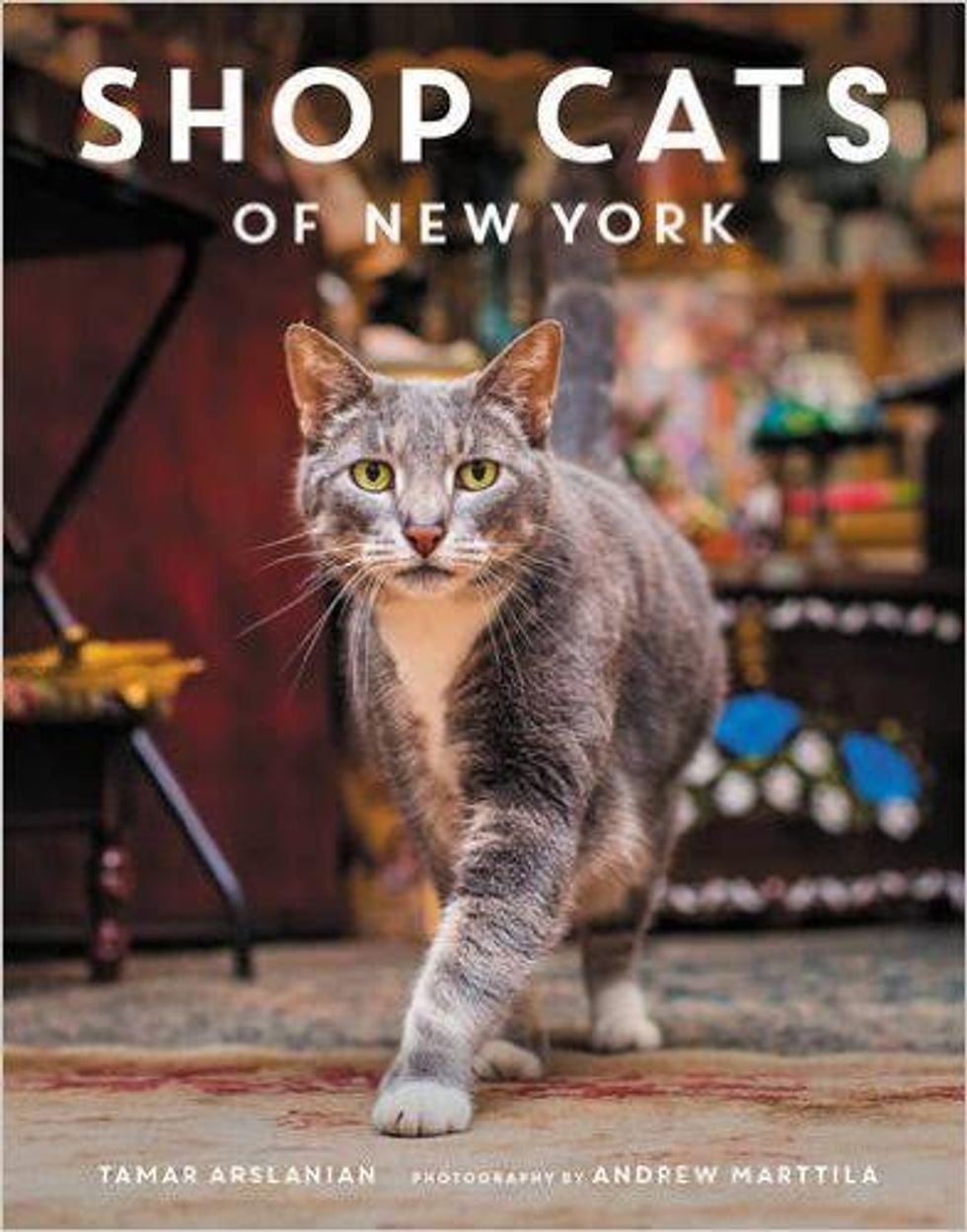