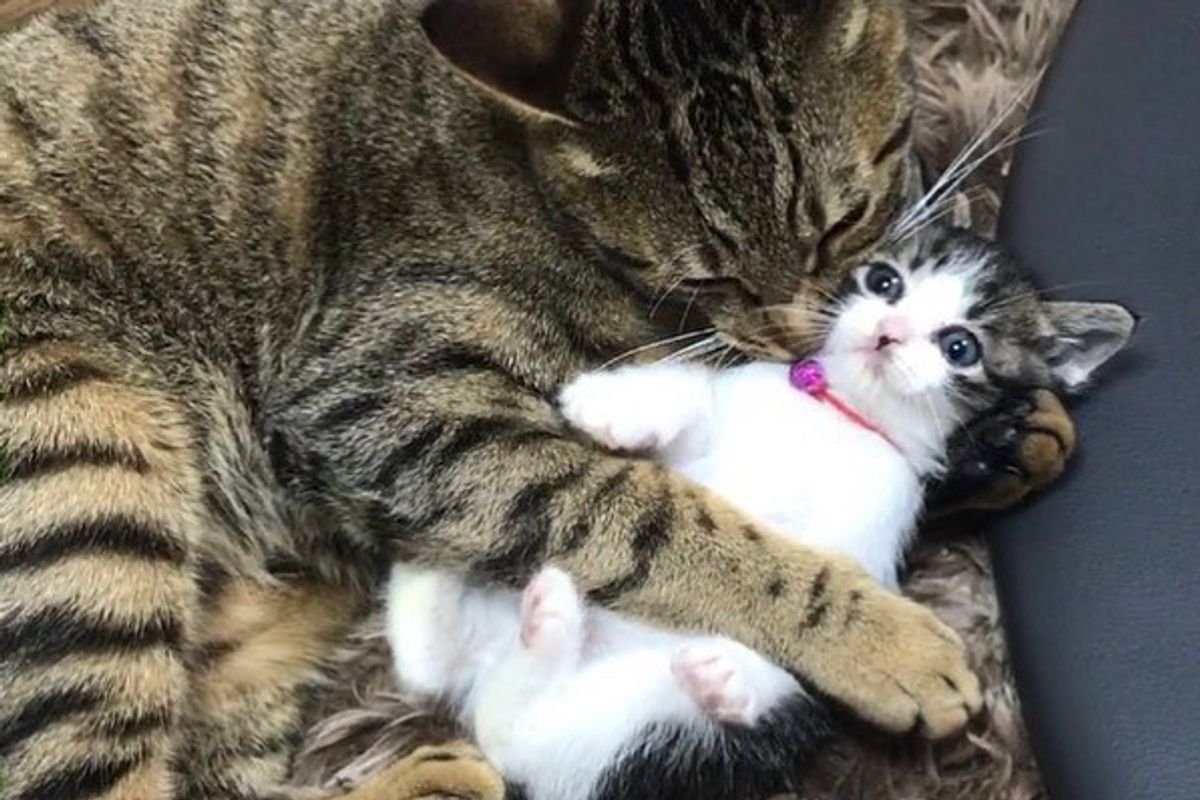 Tabby Cats Took to Orphaned Kittens and Raised Them with Cuddles

Two little kittens were waiting to be rescued on May 16 at a public animal health center in Japan.

A kind-hearted person rushed to save the feline siblings and got them out in the nick of time. 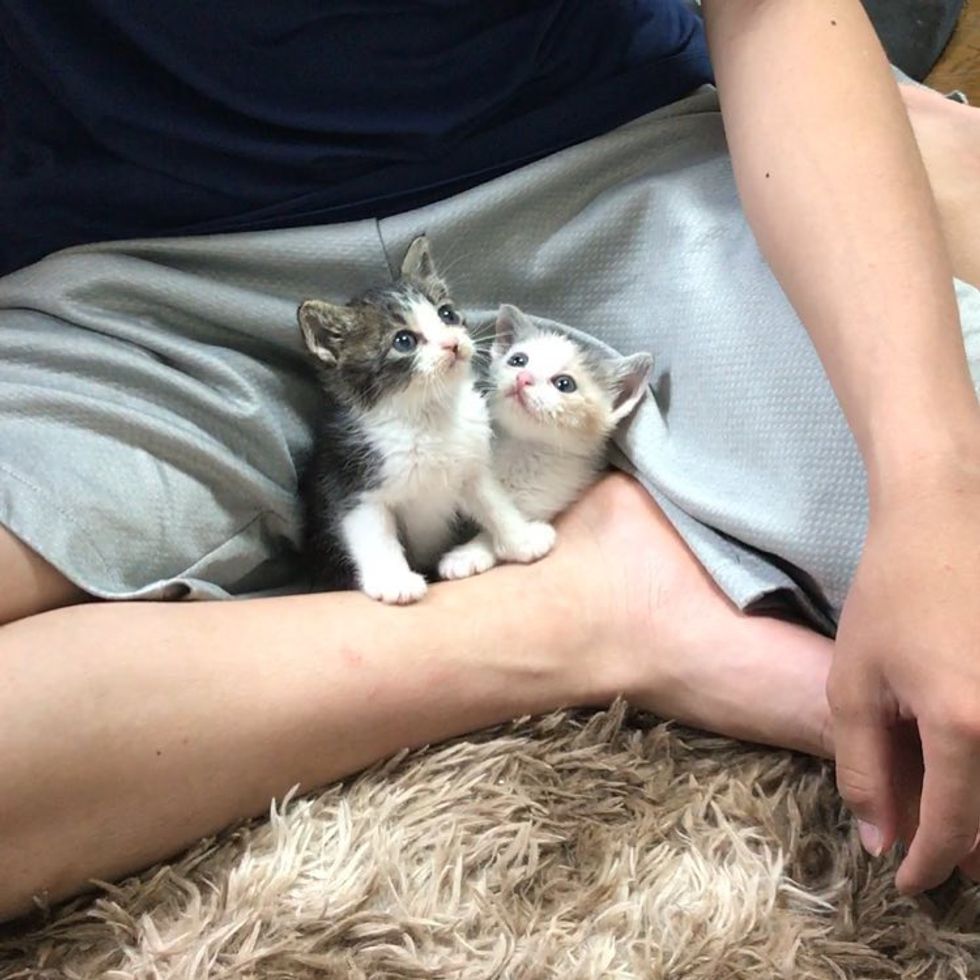 The kittens were so tiny that they only weighed about 280 grams each. They were a bit confused by the new surroundings but were happy to be cuddling with their rescuer at a comfortable home.

Their initial plan was to foster the kittens and find them a good home once they were big enough, but their two resident tabby cats had a different plan.

Right after they moved into their new home.... They were so tiny that they were smaller than a remote control. 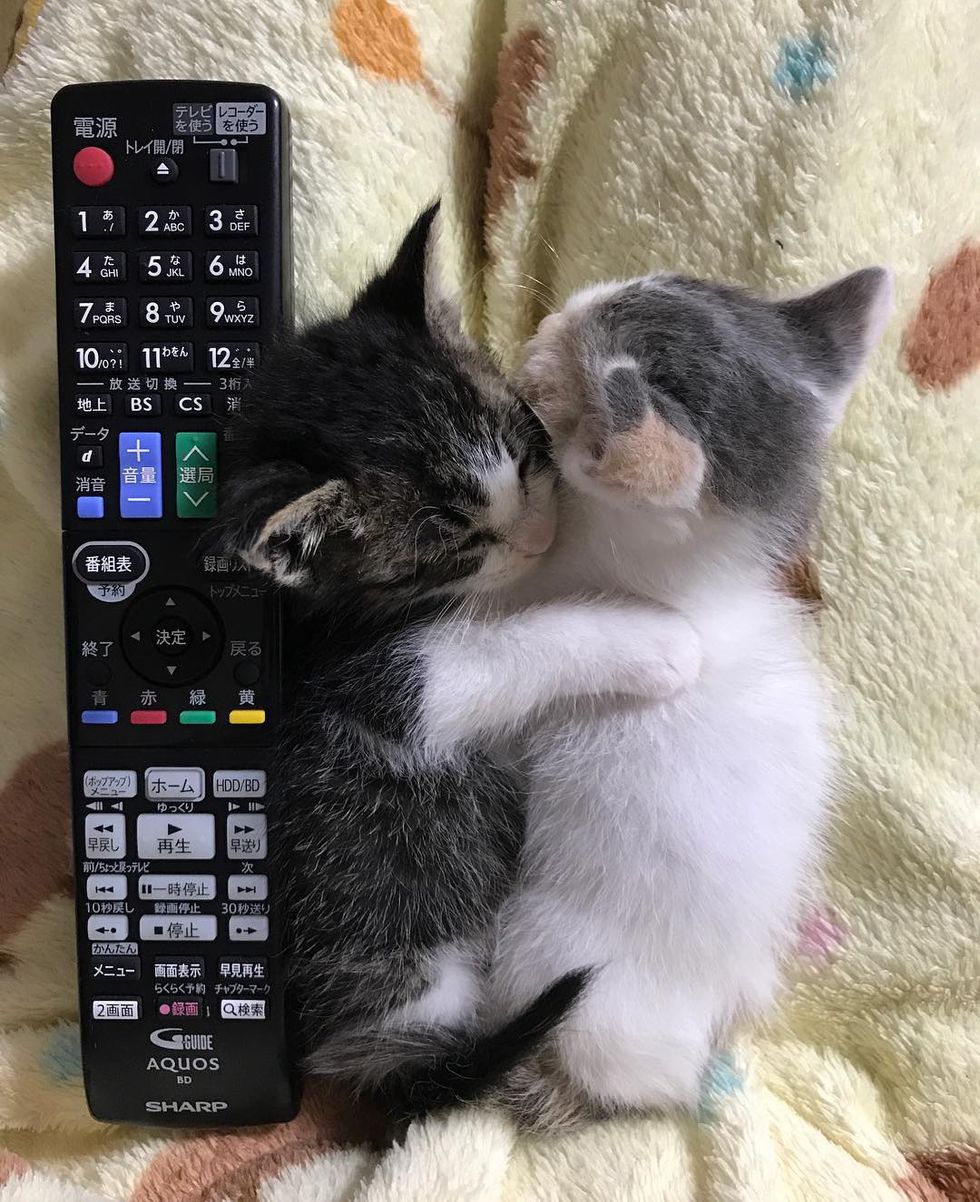 The family had rescued three other cats before new fur babies. Two of them were saved from the same health center just a year ago. Once they were ready to meet the new kittens, something adorable happened.

The tabbies, Ito and Ban, took the orphaned babies (Mei and Mu) under their wing, and started grooming them and giving them plenty of cuddles throughout the day. 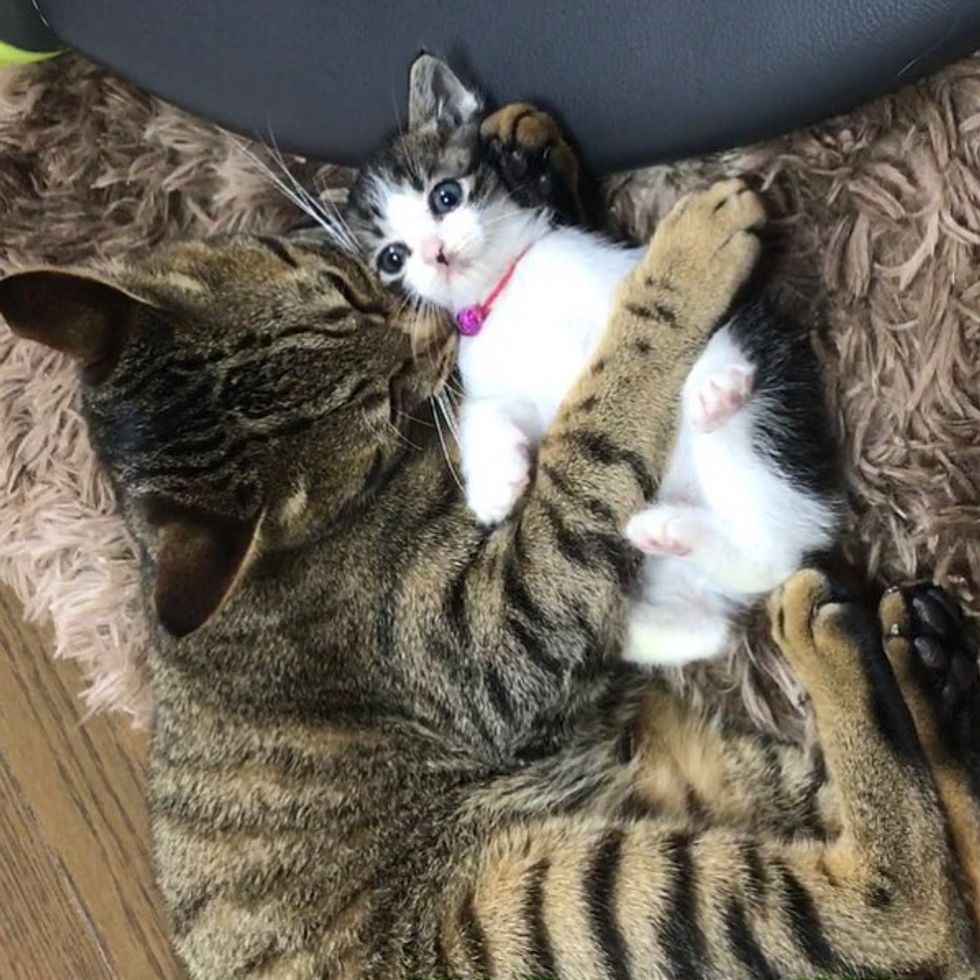 It was as if they understood their needs and showered them with the same love that they received when they were rescued.

Ever day they get some serious cuddle time with their tabby friends. 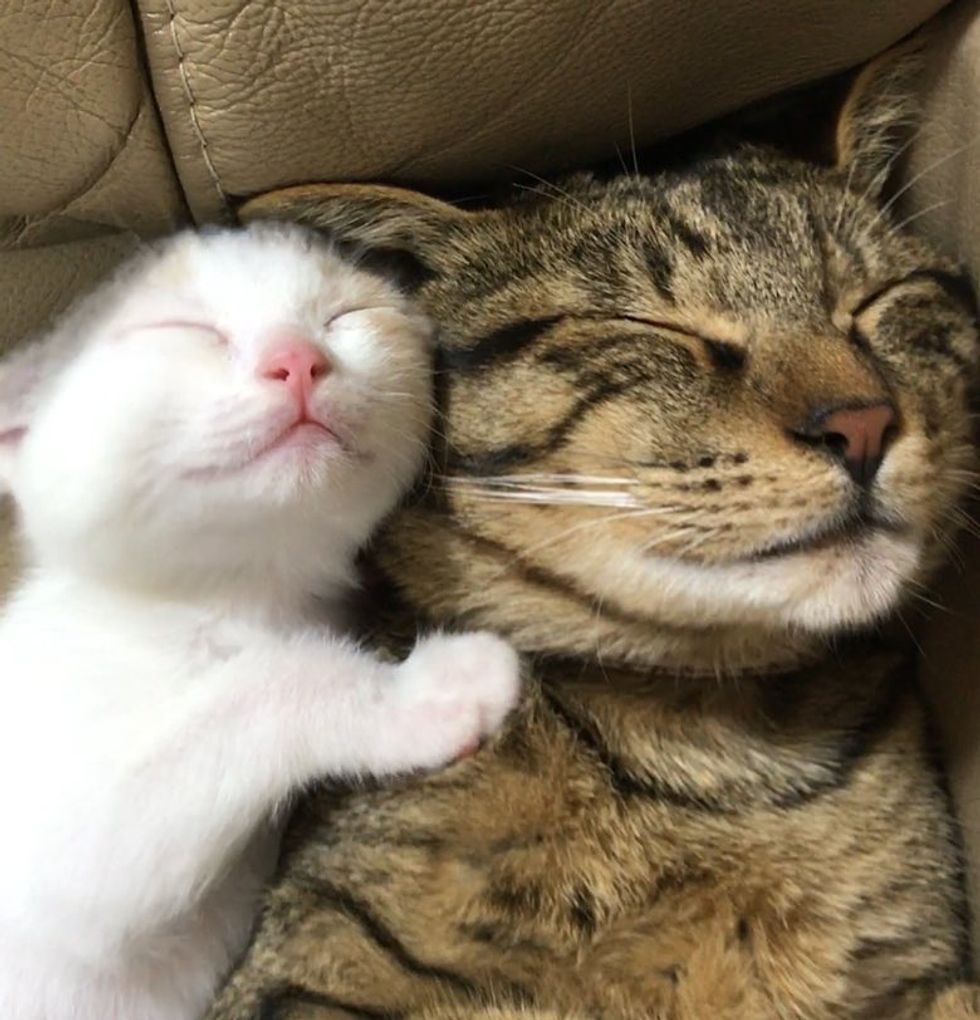 They are often seen snuggling together in a purry cuddle puddle.

Mei and Mu have become very attached to the tabbies that they follow them everywhere they go. 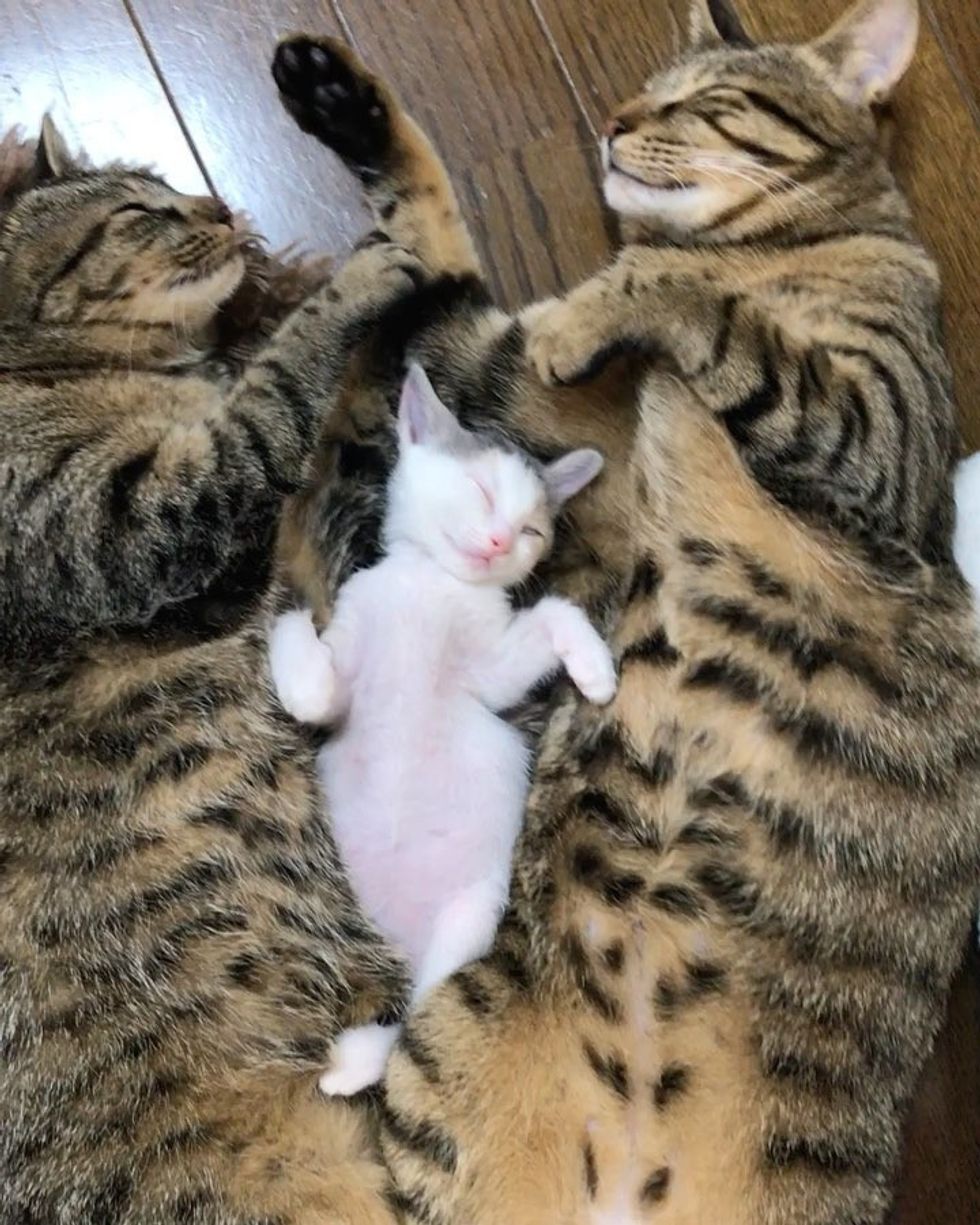 It didn't take long for the family to realize that they could no longer part with the kittens as their own cats had chosen them to be part of their family. 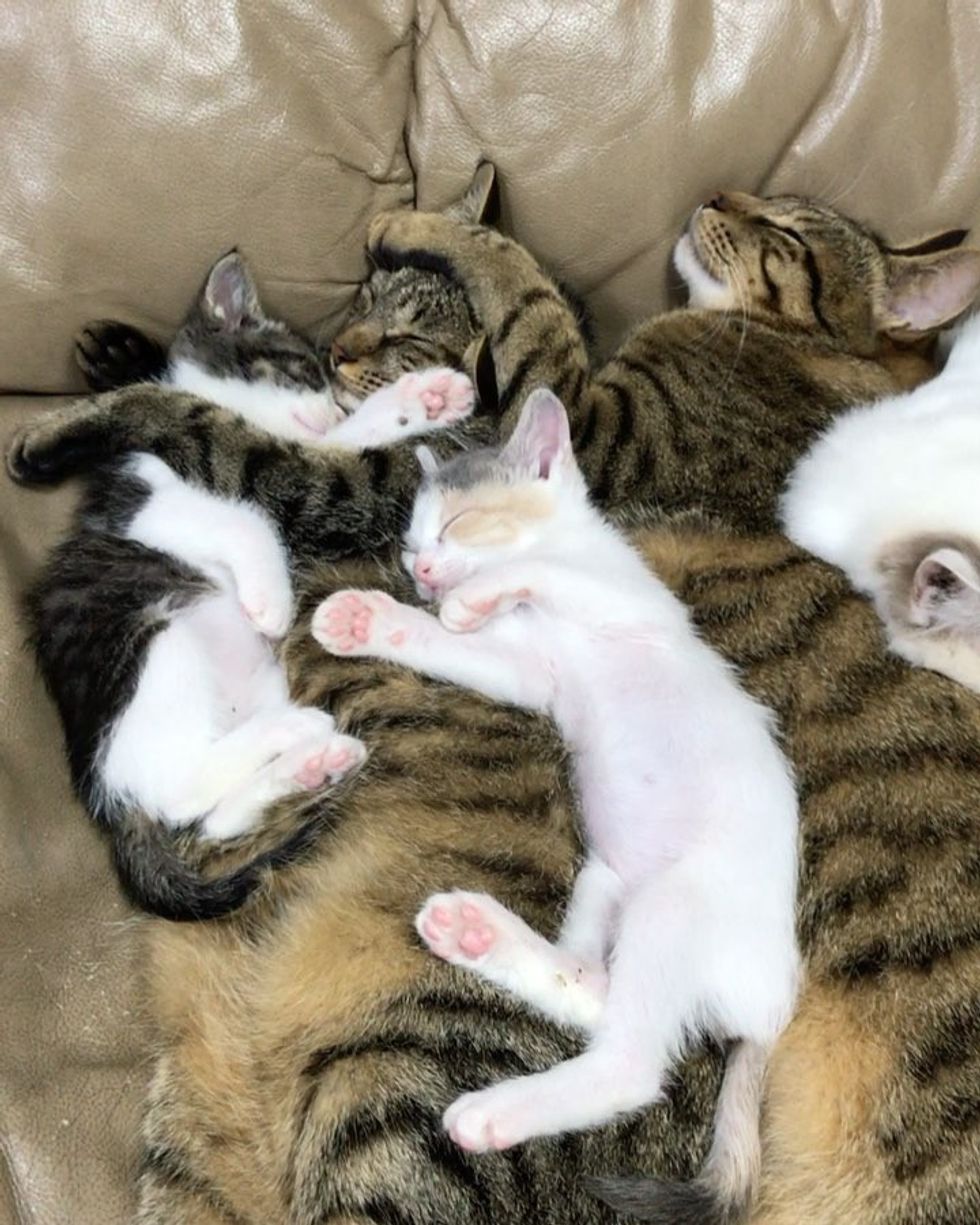 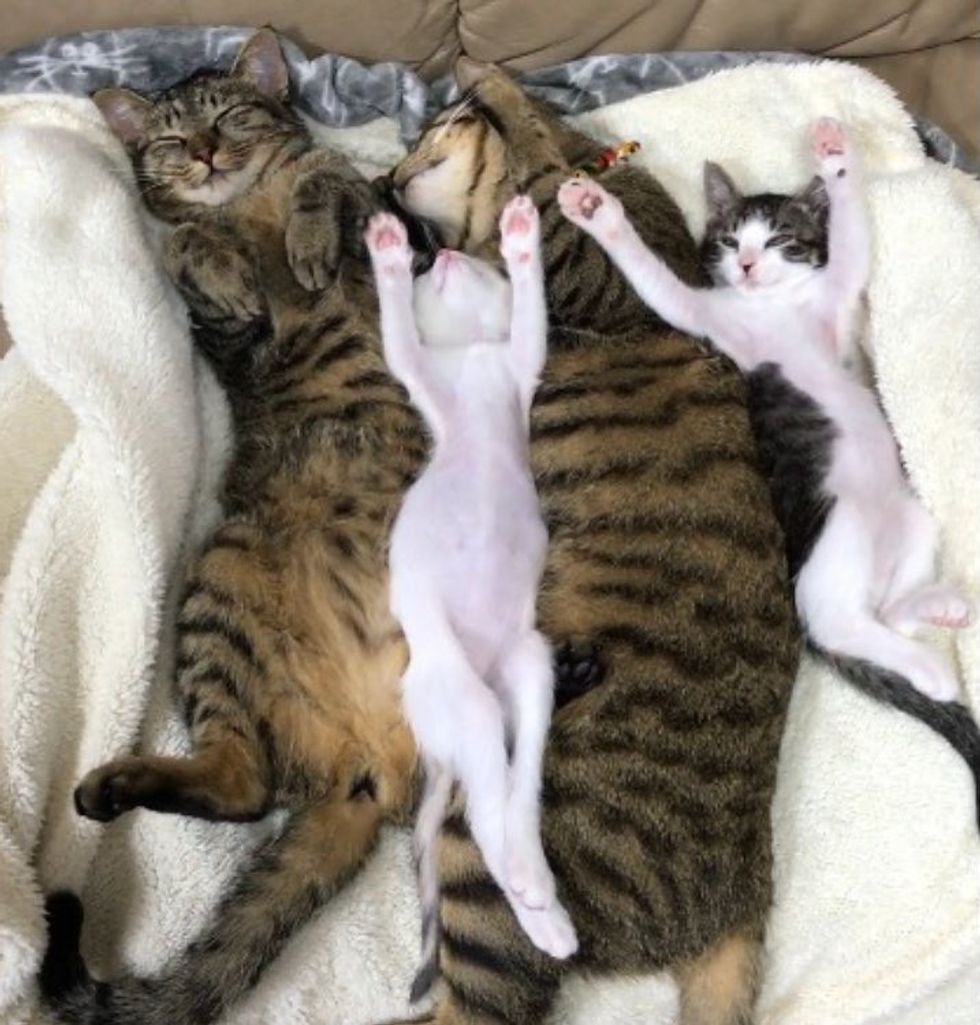 The kittens sometimes nurse on the tabbies and think they are their parents. 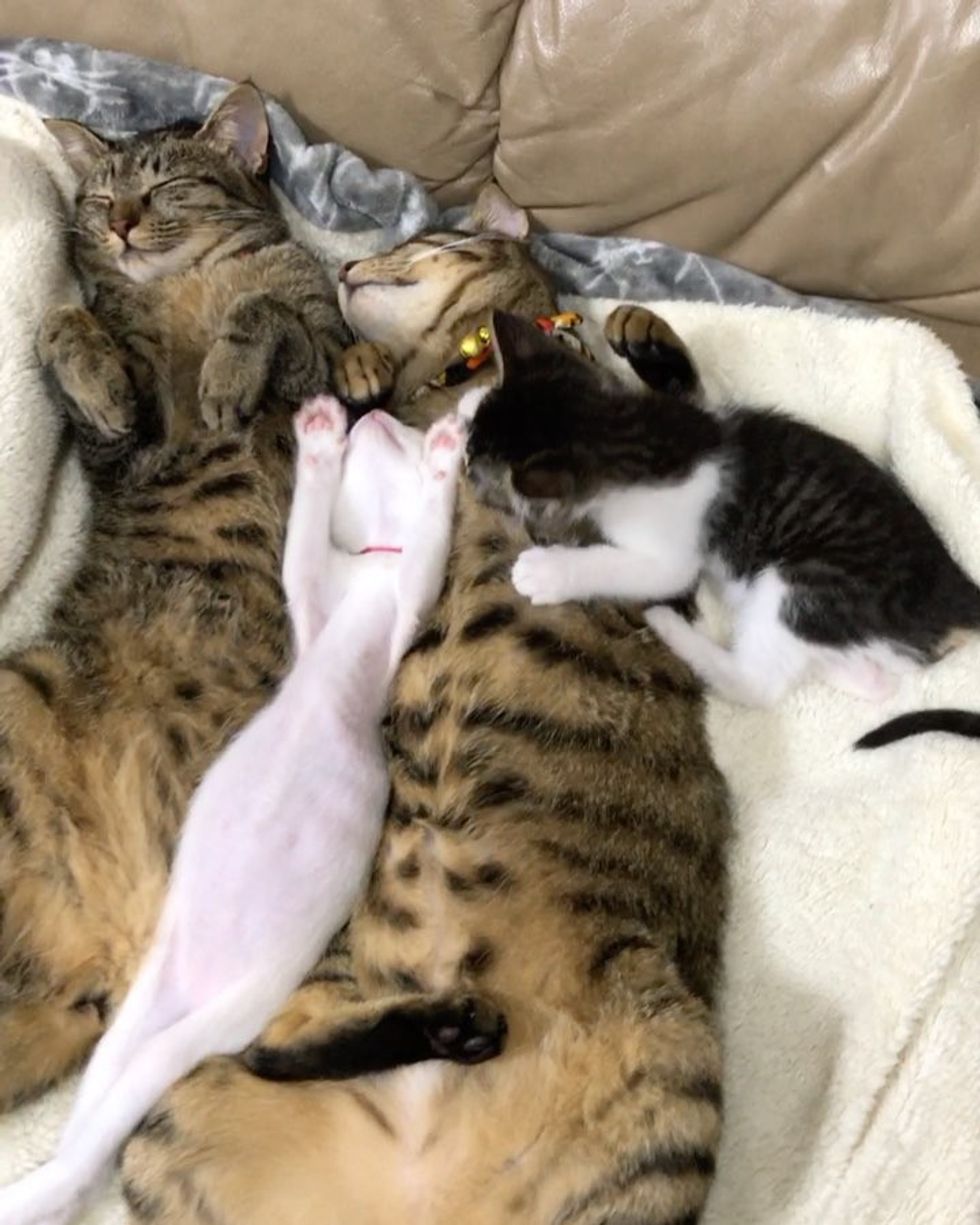 Ito and Ban are very protective of the kittens. 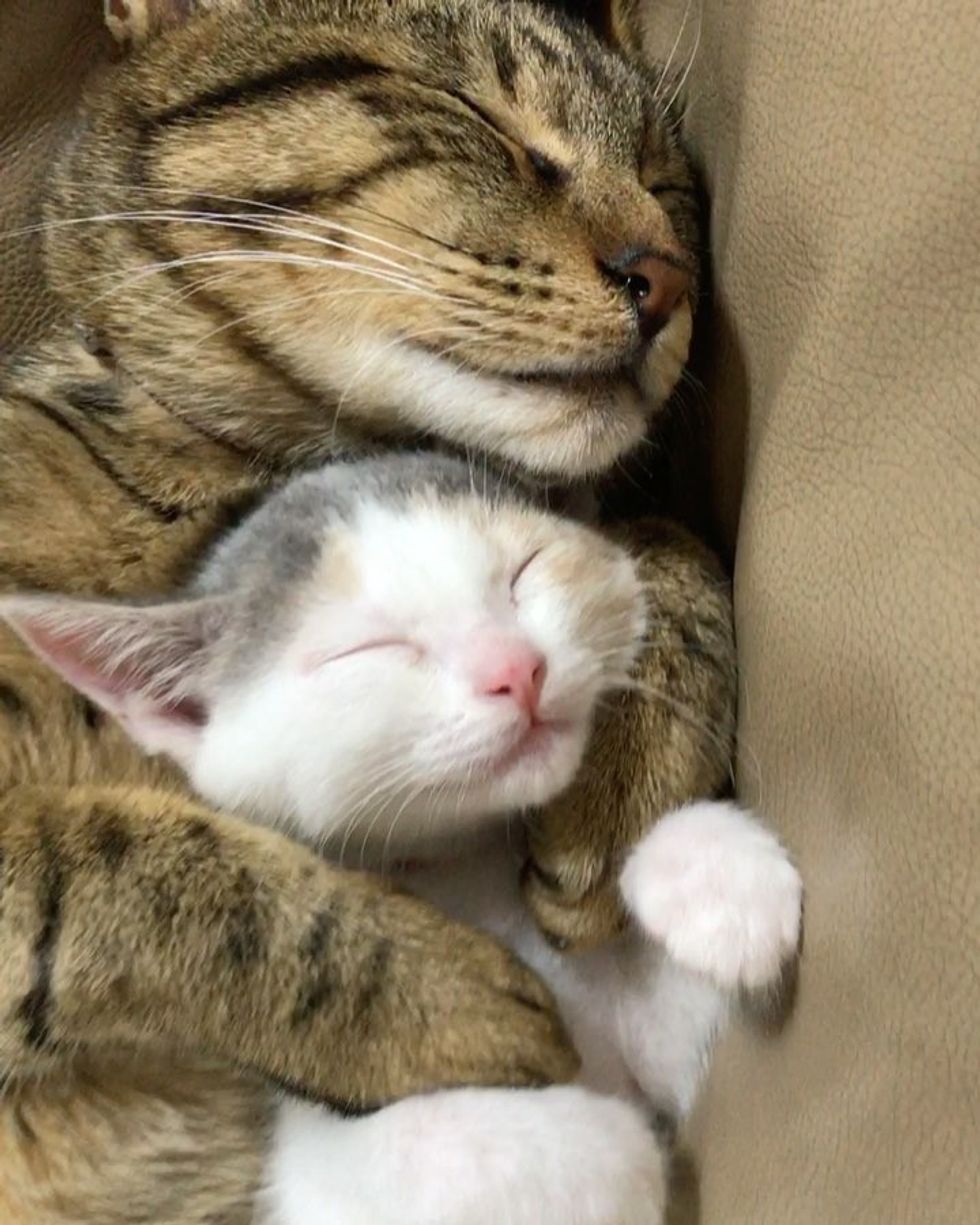 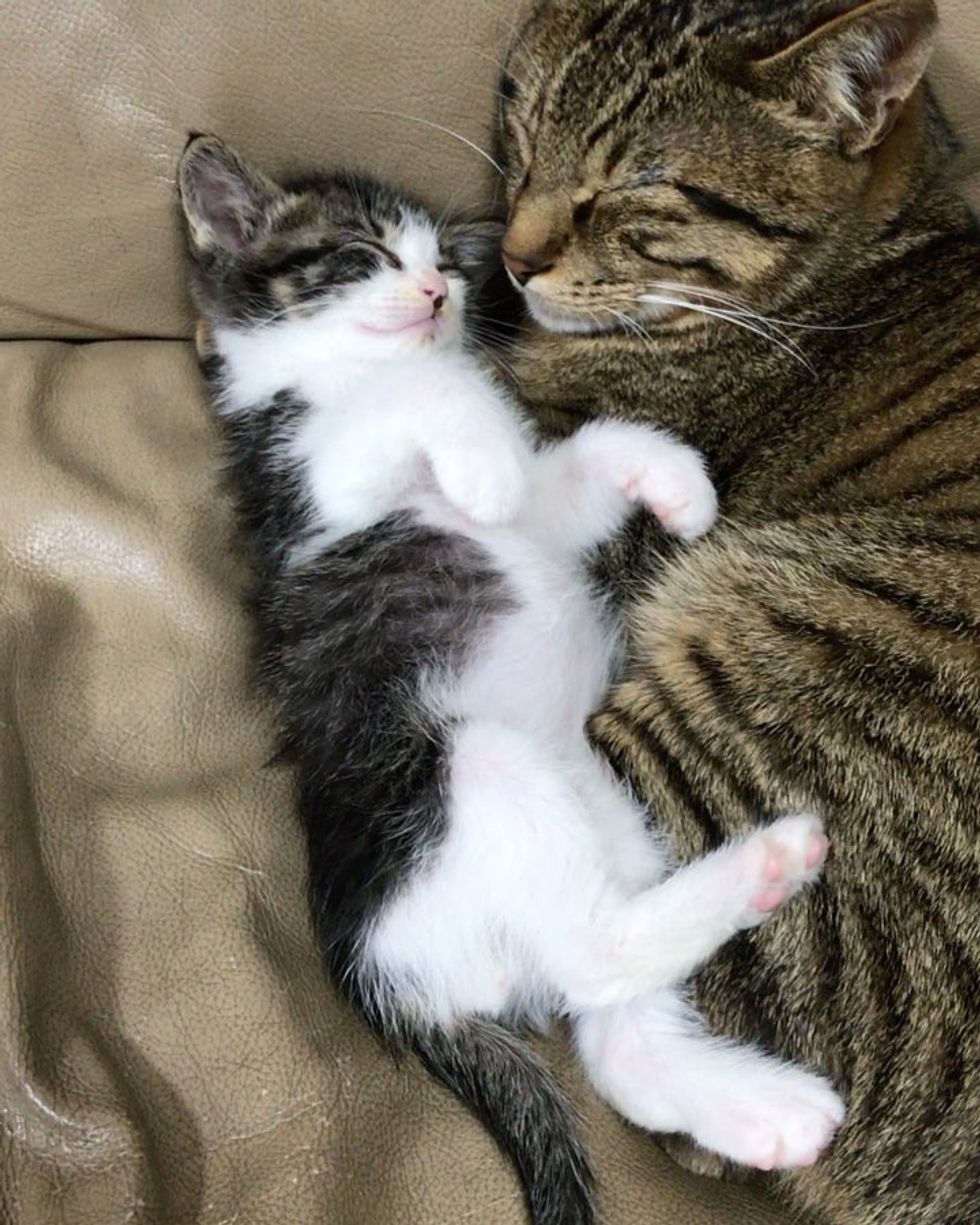 They adore their kittens as their own. 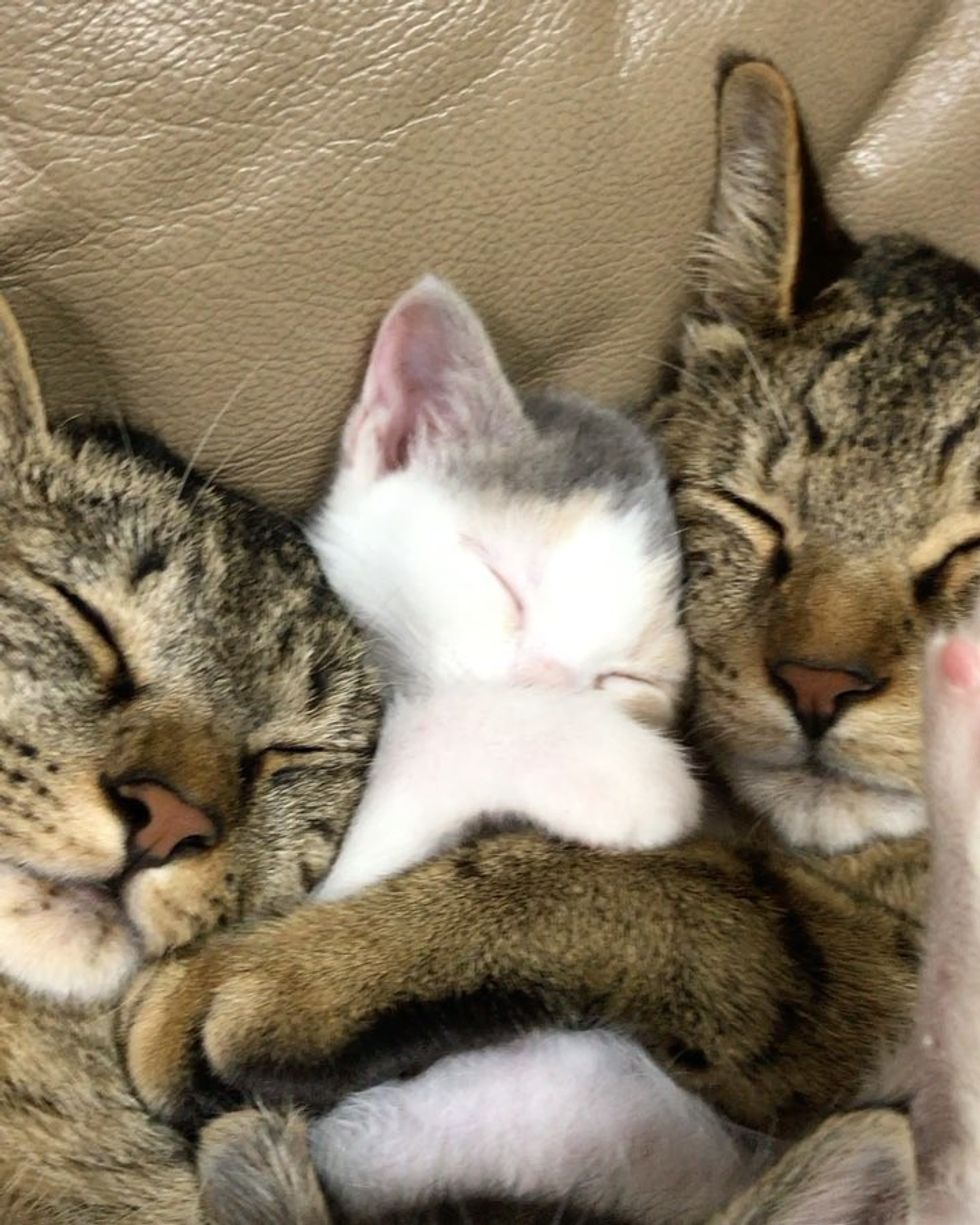 It's been five months since Mei and Mu came to their forever home.

The kittens have grown by leaps and bounds! 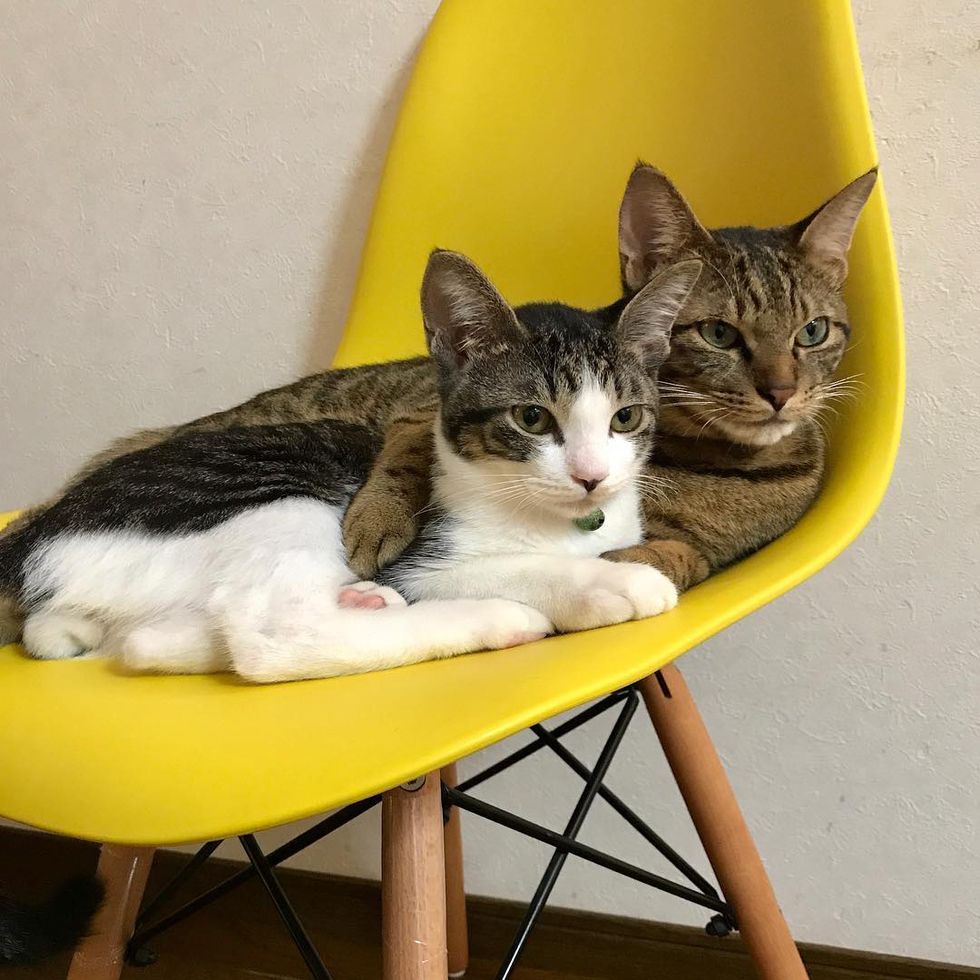 Their tabby cats took them in and helped raise them into gorgeous kitties! 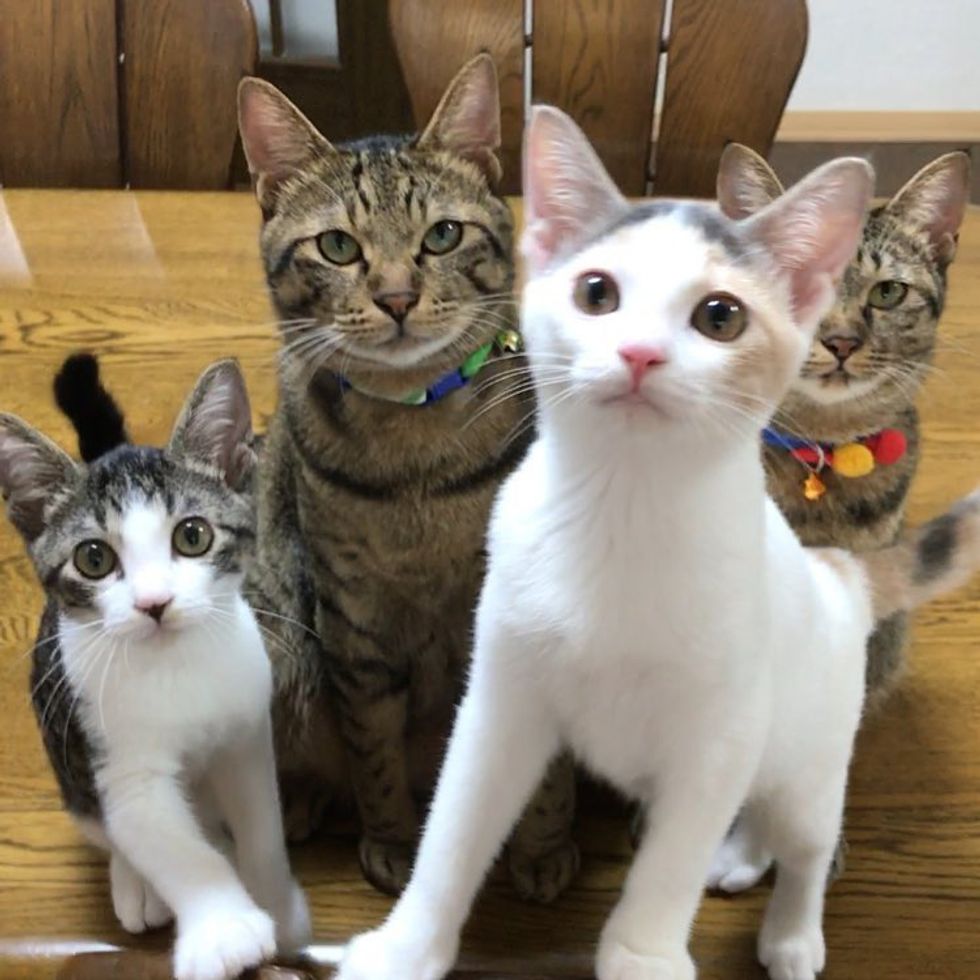 Related story: Ginger Cat Finds His Mini Me and Raises Him Like His Own