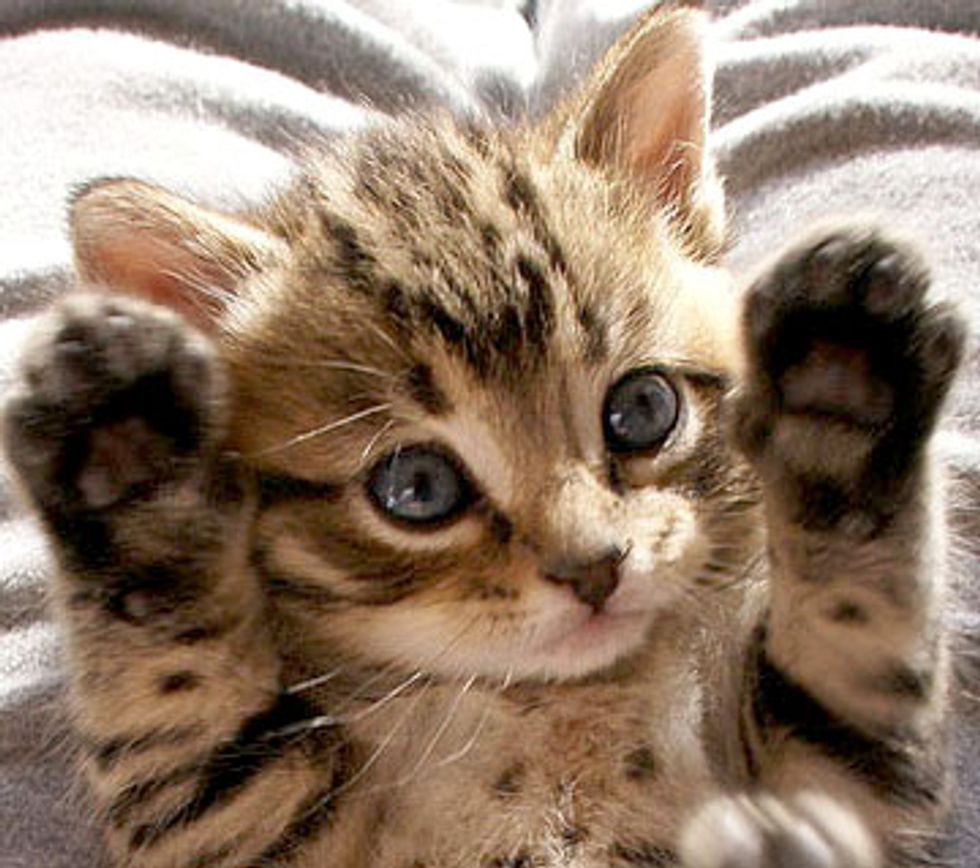 Four tabby kittens were found under a bush near the office where Fred Anderson works. "They came to us on March 16th (2010) at about 5 weeks old," said Robyn Anderson, a rescuer and foster parent for Challenger’s House in Toney, Alabama

The next morning Fred set up a trap and baited it, hoping to catch all the kittens and bring them to safety. Those squirmy little ones wouldn't stay under the bushes. Afraid that they would wander out into the parking lot, Fred snatched them up and brought them home. Eventually the cat mother was found and taken to the vet. Unfortunately she was very sick and was not able to make it, but all her babies survived.

All four kittens were named after literary characters from books Fred and Robyn enjoy. They are Reacher, Bolitar, Rhyme and Corbett - the Bookworms.

The kittens had the time of their lives at their foster home.  They loved to eat, never stopped to amaze people with their antics and always slept like champs. Several months after they were rescued, they were put up for adoption. In just a month, Bolitar was adopted. After a long wait, Ryhme and Reacher also found their forever home in February (2011). Edit: Corbett finally found his loving home on March 30 (2011). Yay!

You can read more about the Bookworms at Robyn’s blog Love and Hisses.