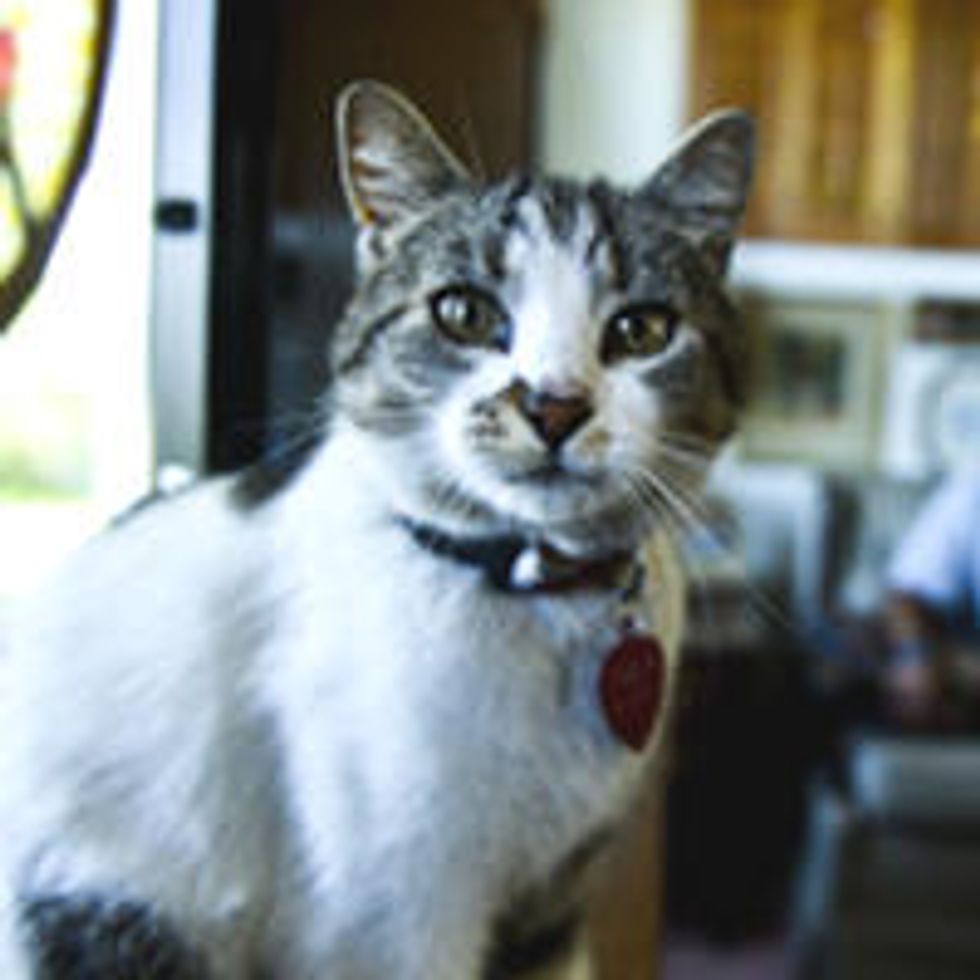 “The Cat Was A Rainbow In A Dark World" - Cat Saved By Homeless Man, To Be Reunited With Family

A cat whose name is Mata Hairi will be reunited with her family after traveling nearly 10 months over thousands of miles with a homeless man who rescued her from the rain.

The cat's adventure started one day when Mata left the house in Portland, Ore. and never returned.

Michael King, who has been a hitchhiker since 2003, found Mata Hairi taking refuge under a table at a cafe from the pouring rain.

"I see cats all the time. I don't pick up cats…. Something told me to grab her. I don't know," King said via the Independent Record.

He took her with him as he traveled to Montana where his foster father resides. "We've traveled 3,600 miles and the cat's probably got a half mile walking."

During the journey, they received a lot of attention from onlookers. "I love this cat. She's a hit on the streets of Portland. Very rarely do you see a cat riding on the top of someone's backpack," he added.

The two became inseparable. If King leaves the room, the cat will cry out until he gets back. Every morning,"the cat will lick King's face to wake him up or tug on his beard if he tries to sleep in." (Independent Record)

After King arrived at his foster father's home, they took the cat to the vet where they found a microchip and located the owner of the cat.

The family is excited and planning a party for Mata's return. But it's going to be an emotional farewell for King.

"It's going to be a sad day…. I'm homeless. Depression is a big thing out there. The cat was a rainbow in a dark world."

"I didn't want a cat in the first place. I just thought I was saving someone's cat. And that's what I've done. Now I've grown attached to her."