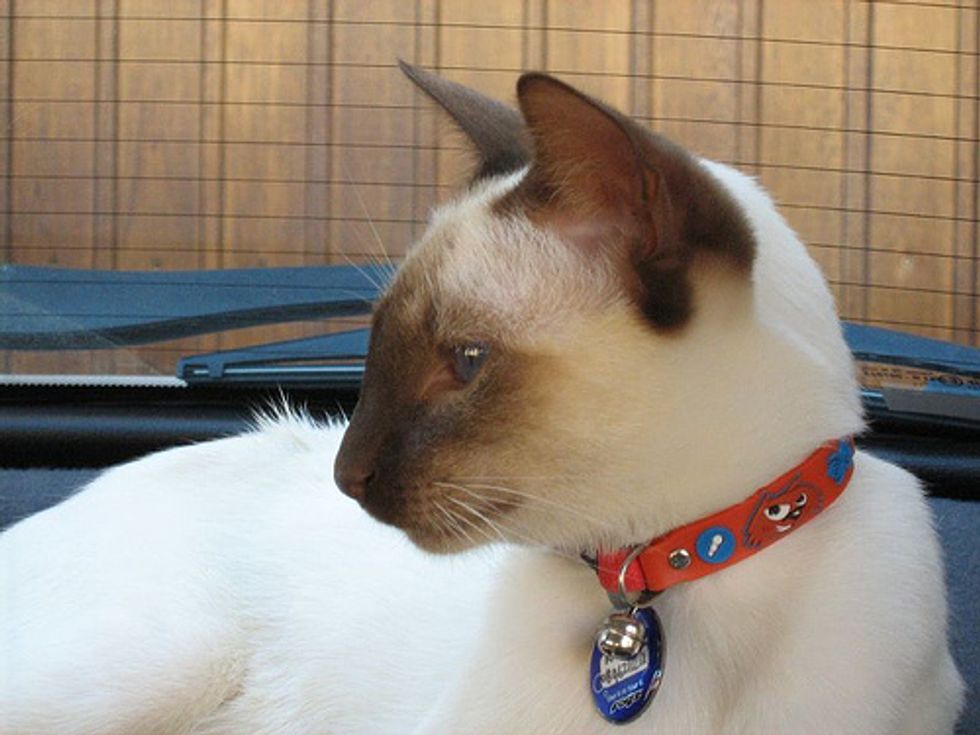 Famous in songs and movies, the Siamese cat was the Royal Cat of Siam. Though their origins are uncertain, they were the companions of royalty and priests for centuries. The cat was so highly valued that it was rarely given to outsiders. Siamese were first exhibited at the famous 1871 London Cat Show at the Crystal Palace. People fell in love with the new breed. Despite the difficulty in importing these highly valued cats, they became wildly popular in Britain. The Siamese arrived in America in about 1890 and quickly gained favor with cat fanciers here.

The Siamese cat is a real character. They are extremely lively, friendly, and intelligent and they are very attached to their people. A Siamese cat is constantly in motion. They seem to regard their people as belonging to them instead of the other way around. They develop a lot of unusual skills. Siamese cats have been known to play fetch, walk on a leash and chase dogs. One Siamese learned to play the piano. He sat on the bench in front of the keyboard and used one paw to press each key to make a sound. Siamese cats are also real shatterboxes and will talk to you about everything and anything. When they are making a point, a Siamese cats' voice is powerful enough to bend metal.

Siamese cats are sleek and svelte in appearance. Elegant and graceful they have long bodies, long legs, and long tails as well. This breed has become divided into two varieties: the extreme and the traditional. The extreme is a smaller, leaner, lighter animal with males weighing 9 lbs at most and females 7 lbs. The traditional variety is rounder in appearance than the extreme variety though still retaining the breeds' oriental elegance. The traditional variety, also called the Old Style or Applehead is larger in size than the extreme variety, with males up to 15 lbs and females up to 12 lbs.

Siamese are famous for their large, almond shaped blue eyes. The coat is short, fine textured, silky and glossy. It lies close to the cats' body. However, the truly defining feature of the Siamese coat is its color. There are four main colors: seal, chocolate, blue and lilac. There is also one pattern called colorpoint. The points of the body, the ears, face, legs and tail are more darkly colored than the body. There is a strong contrast between the body color and the points. The color at all the points must be the same. Interestingly, Siamese darken with age.

The Siamese cat is a breed whose noisy and cheerful ways continue to win peoples admiration and affection every day. Give the Siamese a closer look. The breed is intelligent and very affectionate. This cats' friendly and confident attitude can make it a highly amusing family pet. This cat may be exactly what you are looking for in a new companion.

The Siamese courtesy of Cat Articles