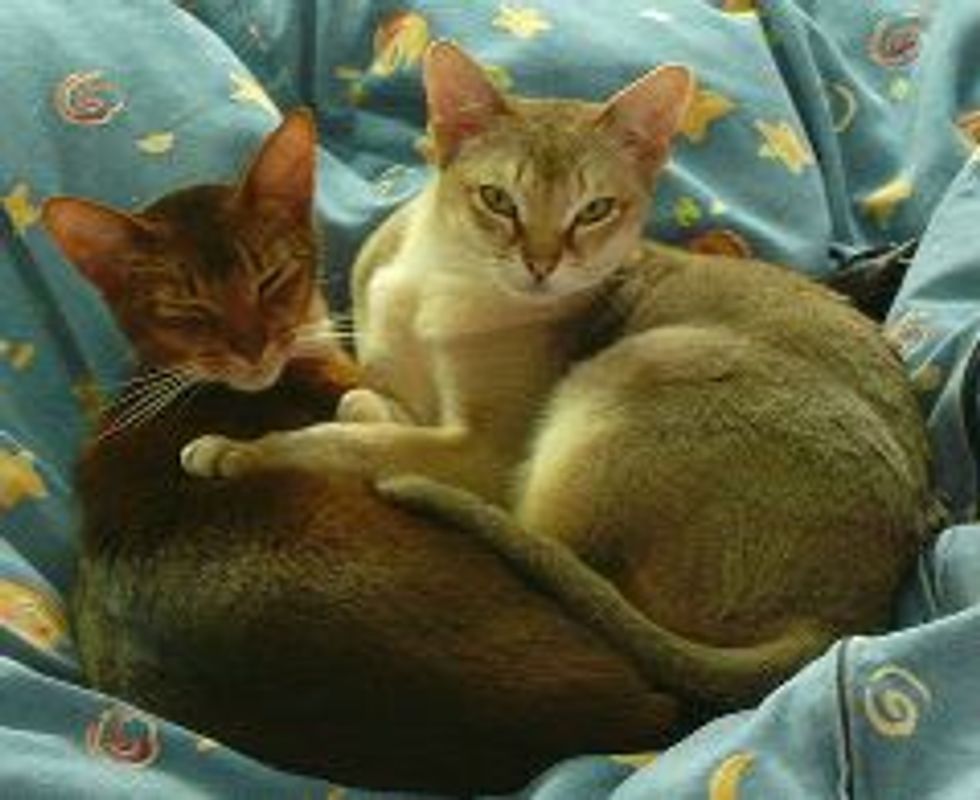 The domestic cat is a predatory animal. They hunt mice and rats and will kill snakes. There are many breeds of house cats and even “small breeds.” Different breeds can be pinpointed by their appearance, vocalizations, body language, being more or less playful, and eating habits. The small cats are also called lap cats or teacups.

The weight difference in a normal size cat and a small cat is that medium to large house cats weigh from 10 pounds and up. While the biggest small cat weighs 7 pounds. Teacups cats are an even smaller version of the miniatures. The miniatures are around a third to half of the size of the standard cat of a specific breed.

The Cornish Rex weighs from 5 to 7 pounds (male) and from 3 to 5 pounds (female). Their ears are high and erect and their eyebrows and whiskers are crinkled. It has a small head and high cheekbones. Their fur is downy and they need a dry environment and survive best indoors. Being outside in cold weather could easily cause hypothermia. Their colors are white, black, tortoiseshell, tabby, dilutes blue, orange, lilac and cream.

Cornish Rexes are also called “greyhound cats” because they are sleek and they run in a gallop. They are social cats, very vocal, and their body looks very curved. The Cornish Rex keeps its kitten like playfulness and is affectionate. It is a smart, problem solving cat. It likes playing with people and animals. They are high energy felines that were bred in Cornwall, England from a male cat that was distinctly different from his litter that was born in a barn in 1950. Breeders recognized the potential to refine and standardize a new bred of cat.

The Skookum male cat weighs 5 to 7 pounds and the female weighs 3 to 5 pounds. Its eyes are shaped like walnuts and big for its head size. They were first bred in the United States from Munchkins and Laperms. They have a round chest and good muscle structure. They have short legs. Their fur is curly and short. The Skookums eyebrows and whiskers are curled. These are affection, playful, active cats.

The Singapura originated in Singapore. In 1987 Jerry Mayes, a breeder from the United States found out that the 3 cats this bred was breed from were shipped form the U.S. in 1974 to Singapore. The male weighs 6 to 8 pounds and the female weighs 5 to 6 pounds. These cats are somewhat husky, muscled, and their coat is fine and short. Their fur is tickled tabby meaning that single strands of fur alternate colors. These are curious, playful, and energetic cats. Singapuras are affectionate and like people. They prefer sitting on high spots. Their vocalizations are soft.