This Blind Kitty is a Bit Wobbly But He Surprises His Rescuers with His Special 'Abilities'...

A little kitty wobbled his way into his rescuers hearts. Despite being blind and a bit wobbly, this little wonder kitty doesn't think he's disabled. 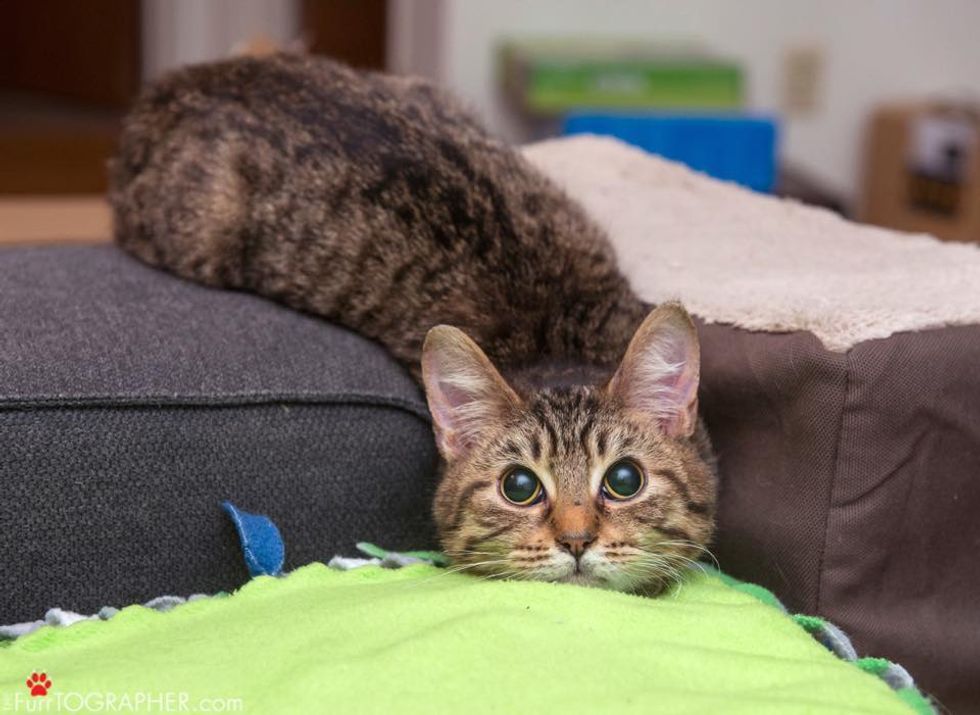 Little Astro was rescued from a hoarding situation by Saving Grace Rescue (in San Francisco, California). He was found blind and infested with fleas. "He was unable to find food in the stench and was losing weight and near death when we got him," Amber Holly of Saving Grace Rescue told Love Meow.

Astro cannot see and needs a bit more time to learn to balance but he is full of love and affection and some serious quirks. As soon as he's picked up, he goes limp in your arms.

"His eyes look healthy but he is completely non visual. I am hoping the neurologist can help us understand his history better." Astro had two seizures in the first few weeks, but things quickly improved after he moved into his foster home. 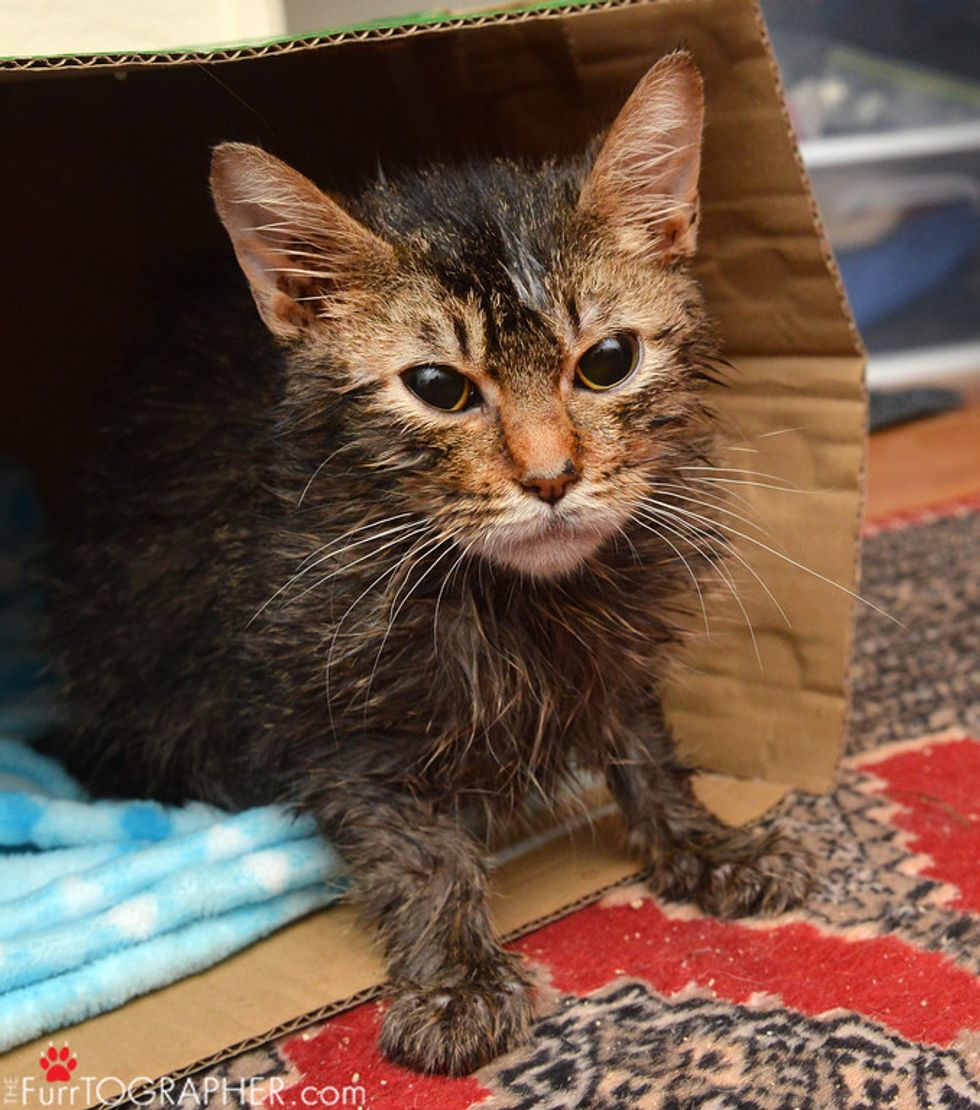 Josh Norem, Astro's foster dad and the Furrtographer, combed out an insane amount of fleas. The little tabby was so grateful for the relief that he curled up in his lap, switched on his purr motor, and started catching invisible bugs in the air.

Since then, his true character has been unleashed. 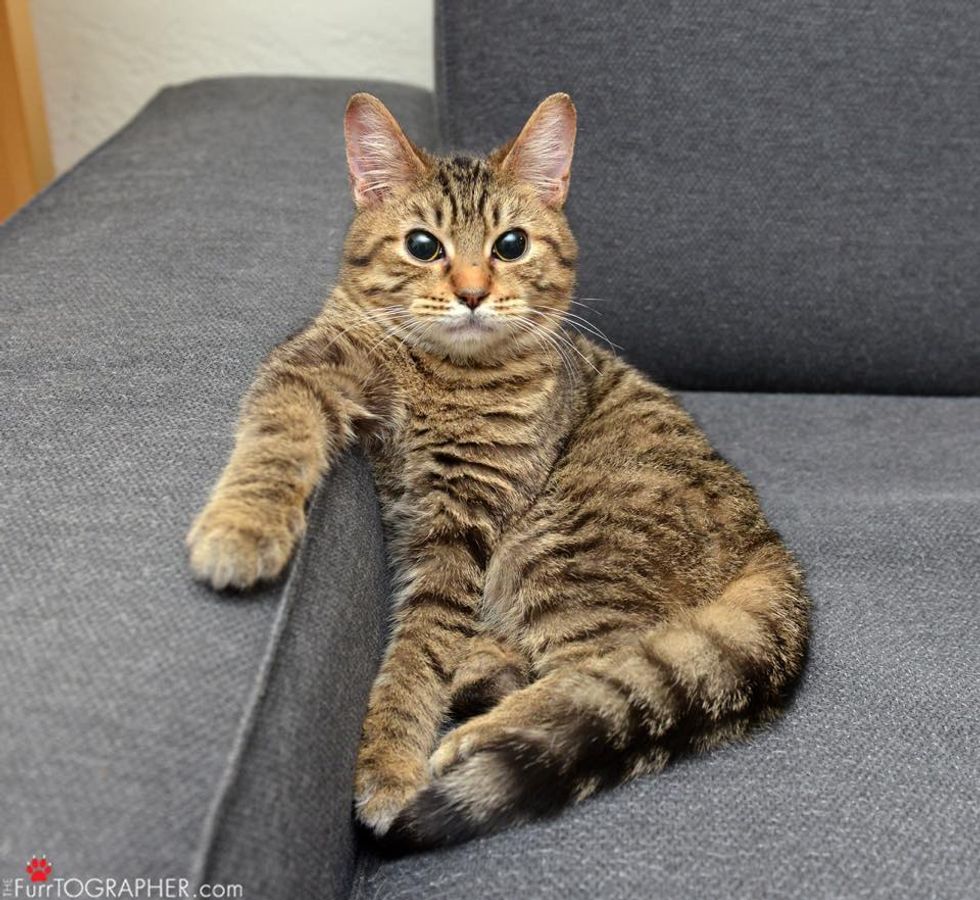 "Like the litter box for example, (he has) one with tall sides but an open front, and yet he'll jump over the side when he's done…. He'll jump on the stairs to the couch, then fall off them." 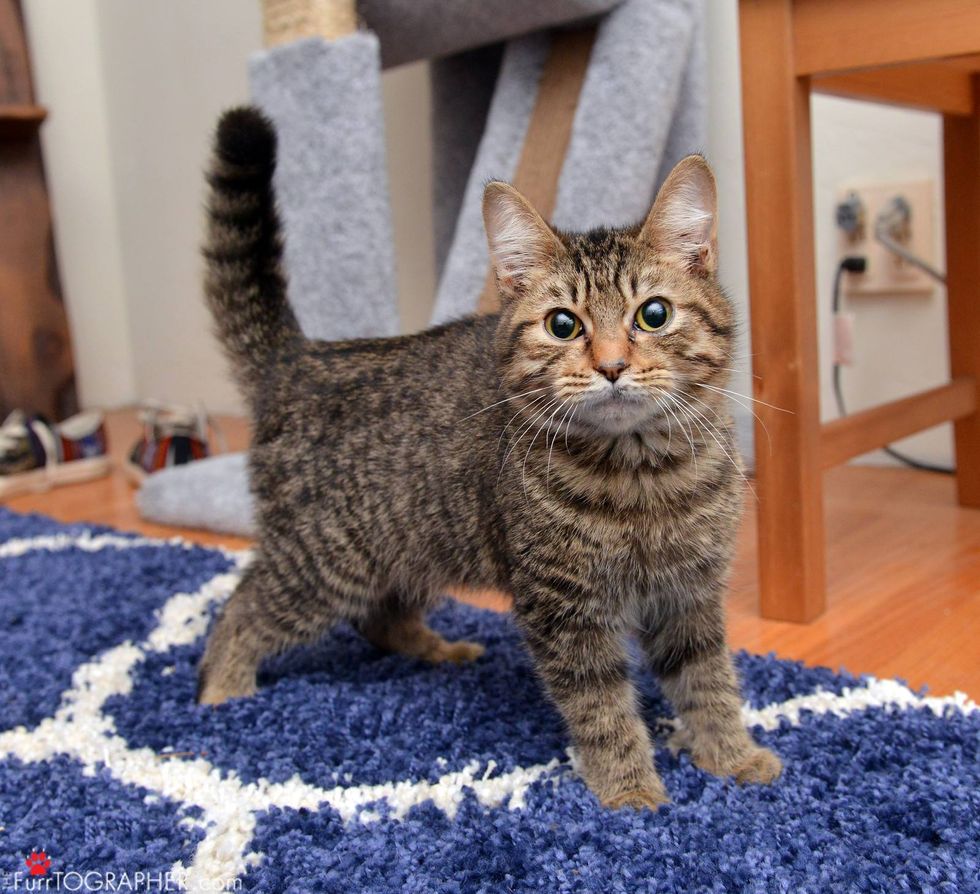 Astro has the ability to make people smile, constantly, with his many quirks.

"He loves to climb my leg, but not the cat condo," Norem said. "He does weird things with his hind legs. Like leaving them off the condo (I put him up there) or halfway out of the bed, etc.." 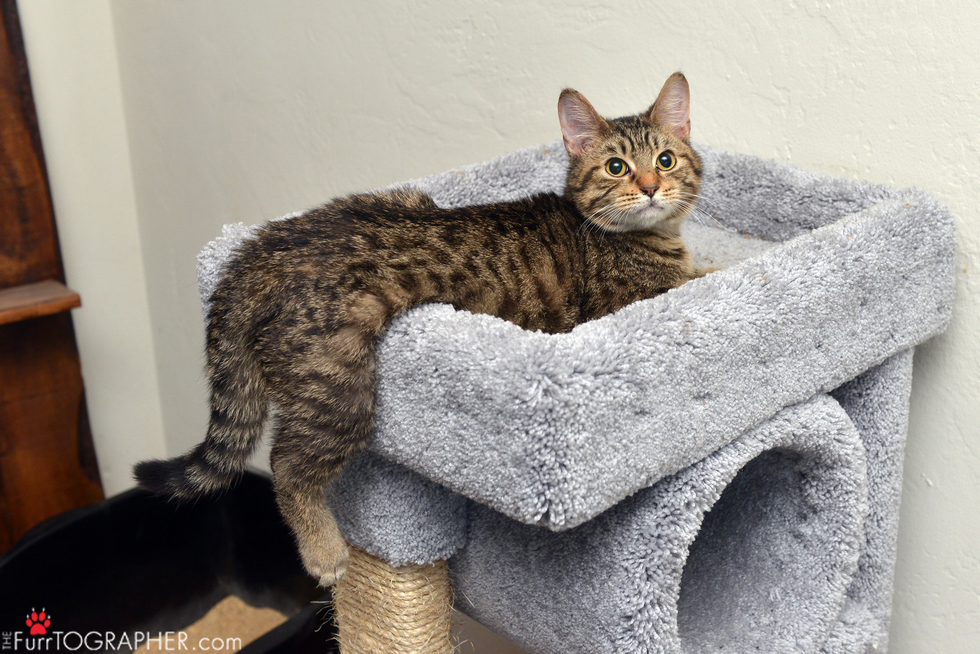 Astro is the master of lying partially in his bed. 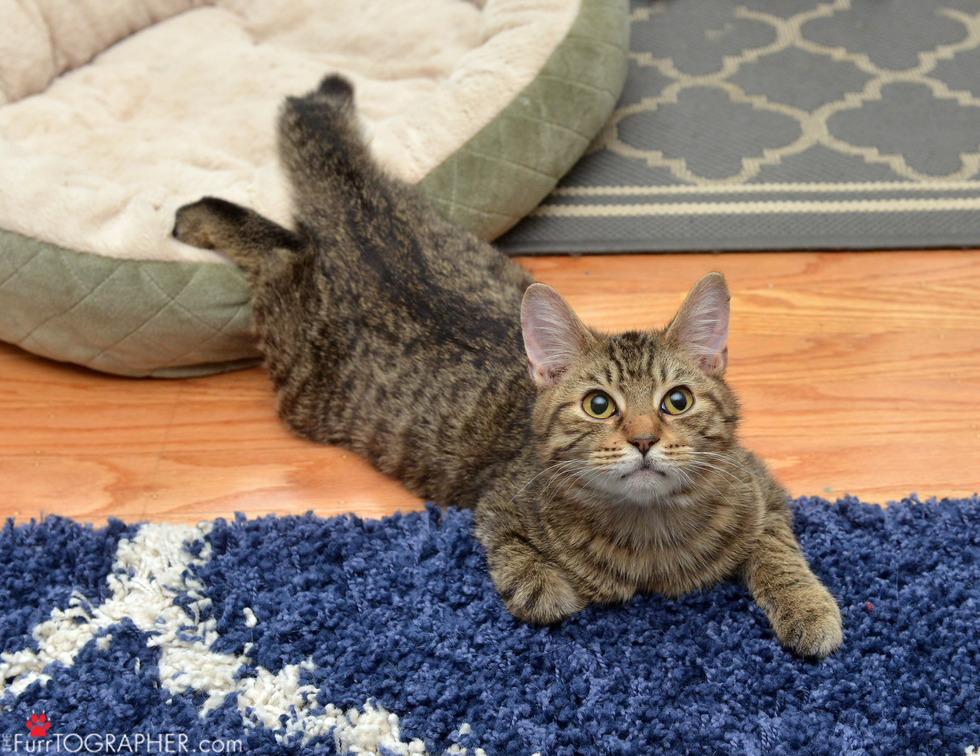 Astro doesn't think he has any disabilities. He does things in his own unique ways.

"He sleeps in the craziest positions sometimes," Norem said. 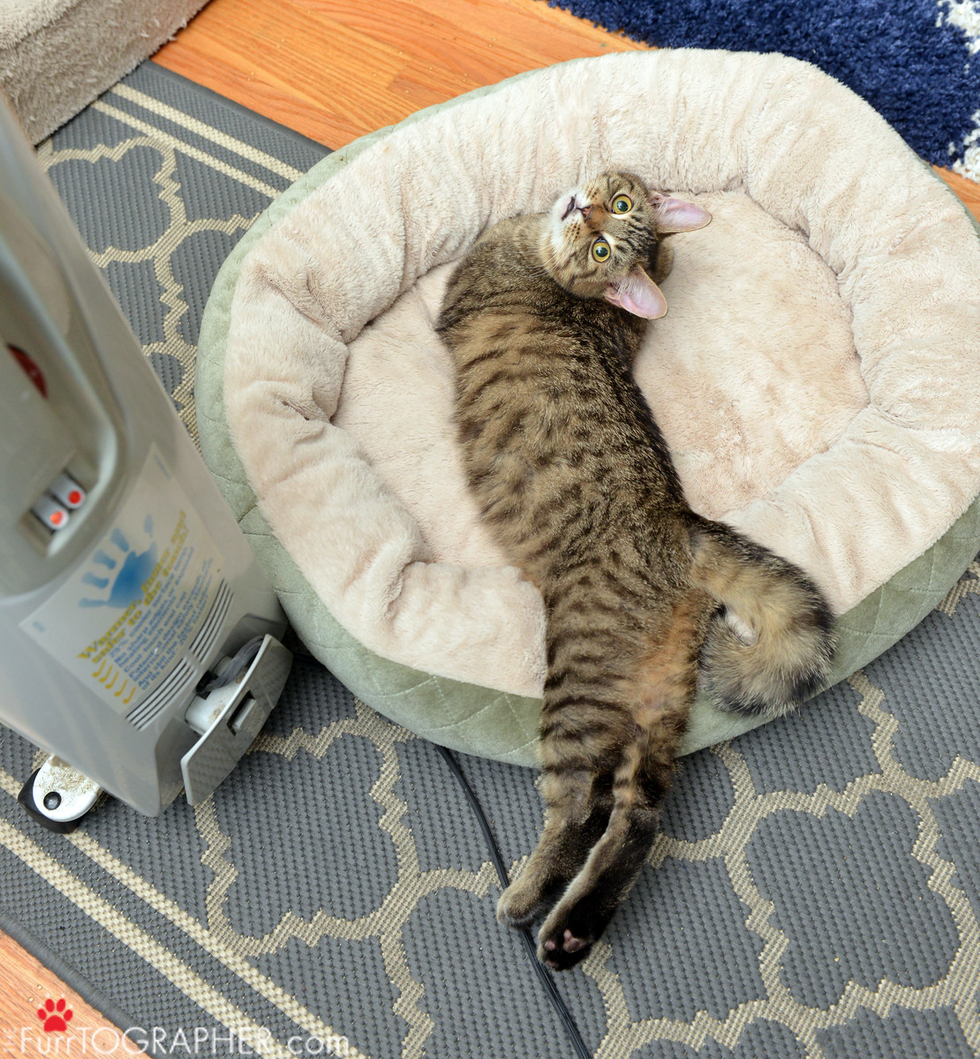 "He has come far and is doing much better... He leaps around playfully every morning and is loving his new life with comfort, food and care," Saving Grace Rescue said.

After getting up on the couch through the stairs, he wedges his legs snuggly between the couch and the stairs just the way he likes it. 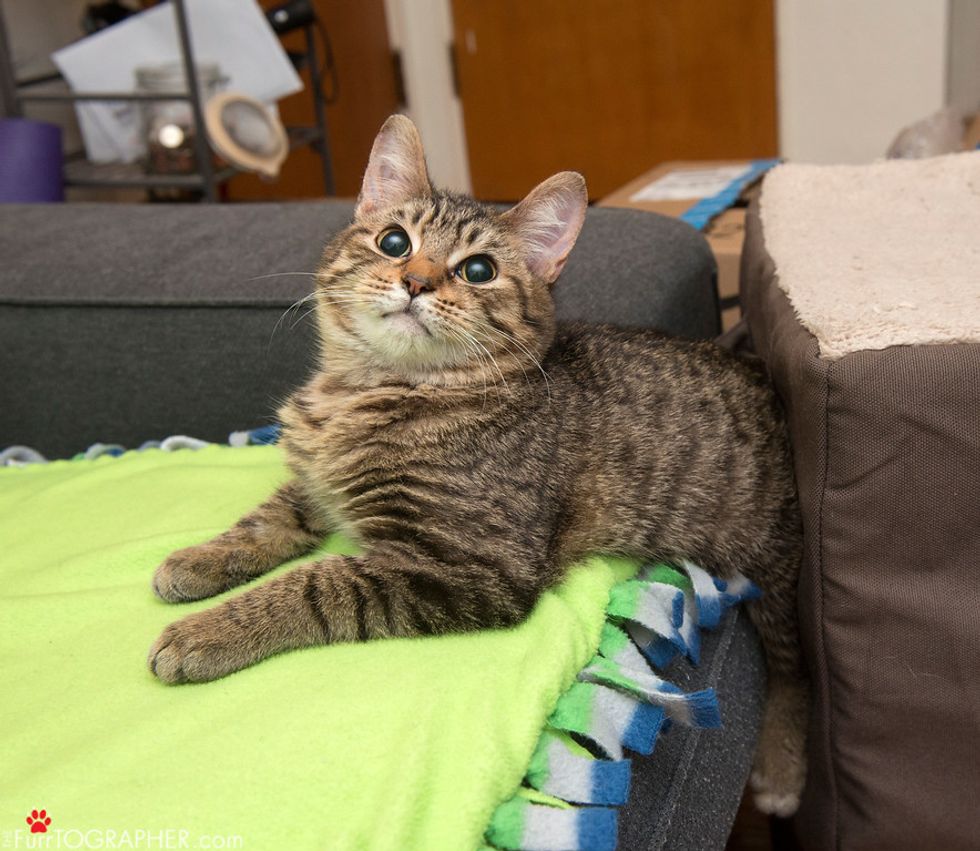 "He goes limp when I pick him up, and prefers to be on his back with his paws up by his face," Norem told Love Meow. 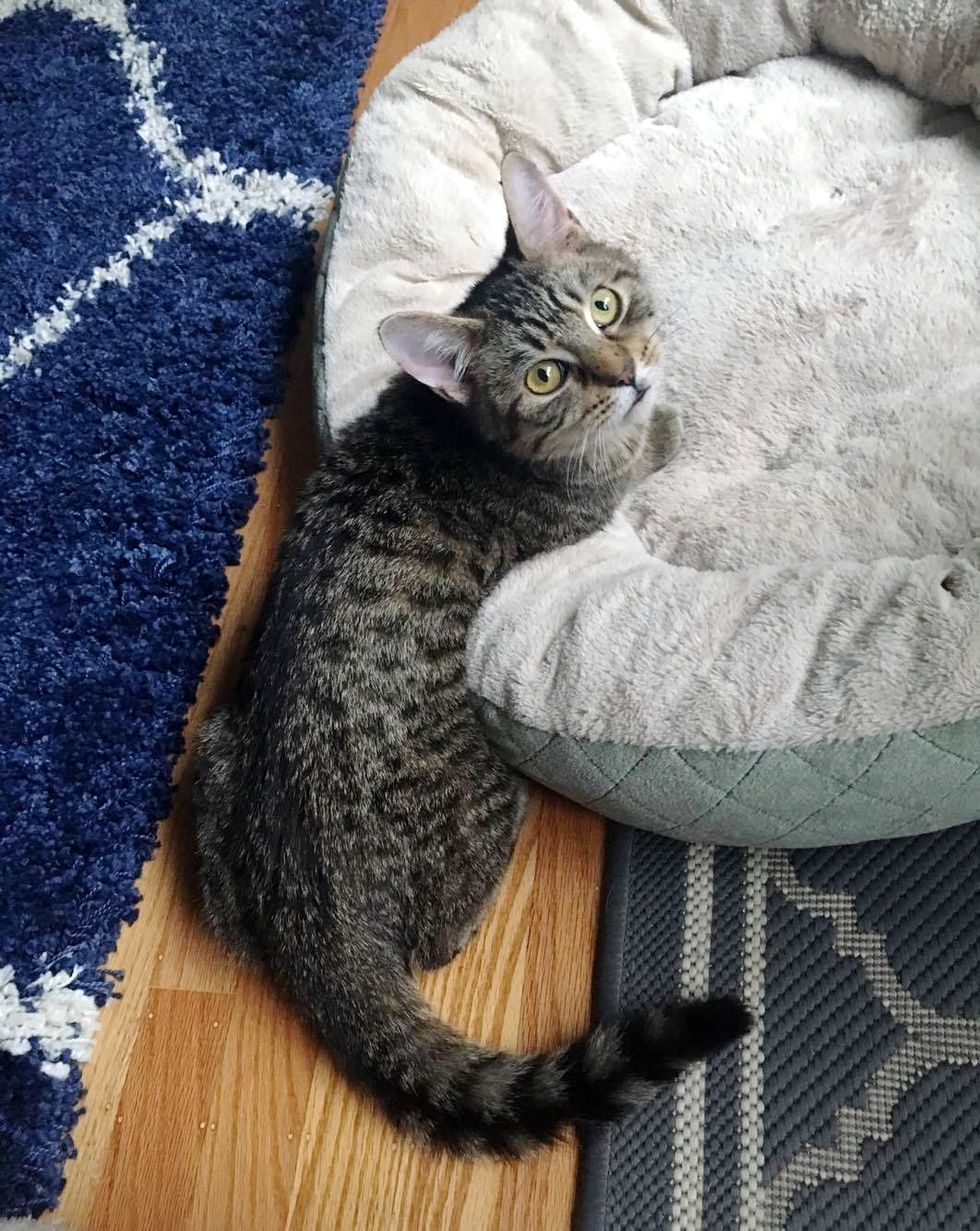 When he discovered that stairs have the same effect as lying over the edge of his bed, he's hooked! 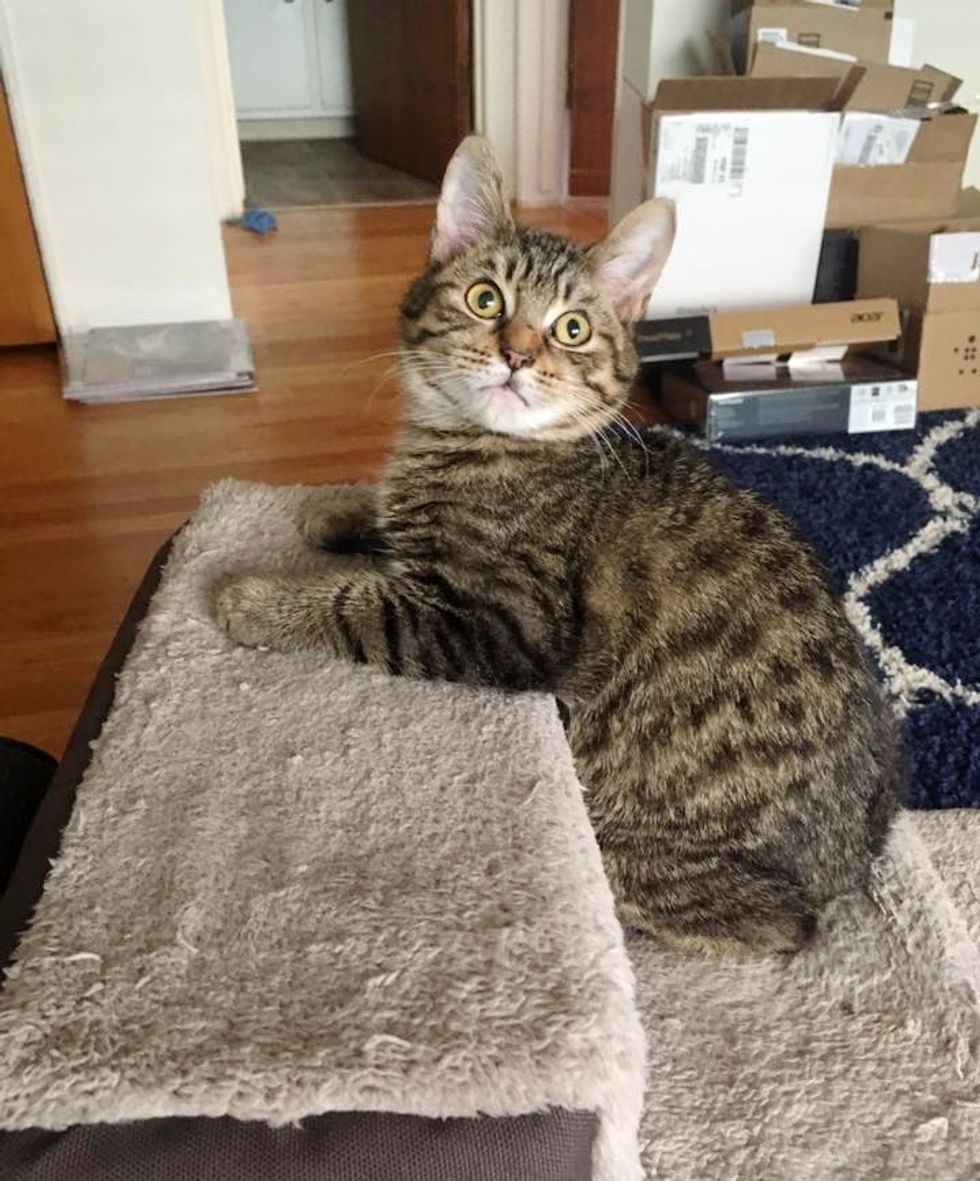 Astro may be a bit trembly but he wants his humans to know that he's just as purrfect as any other kitty with all the joy and love he can offer. 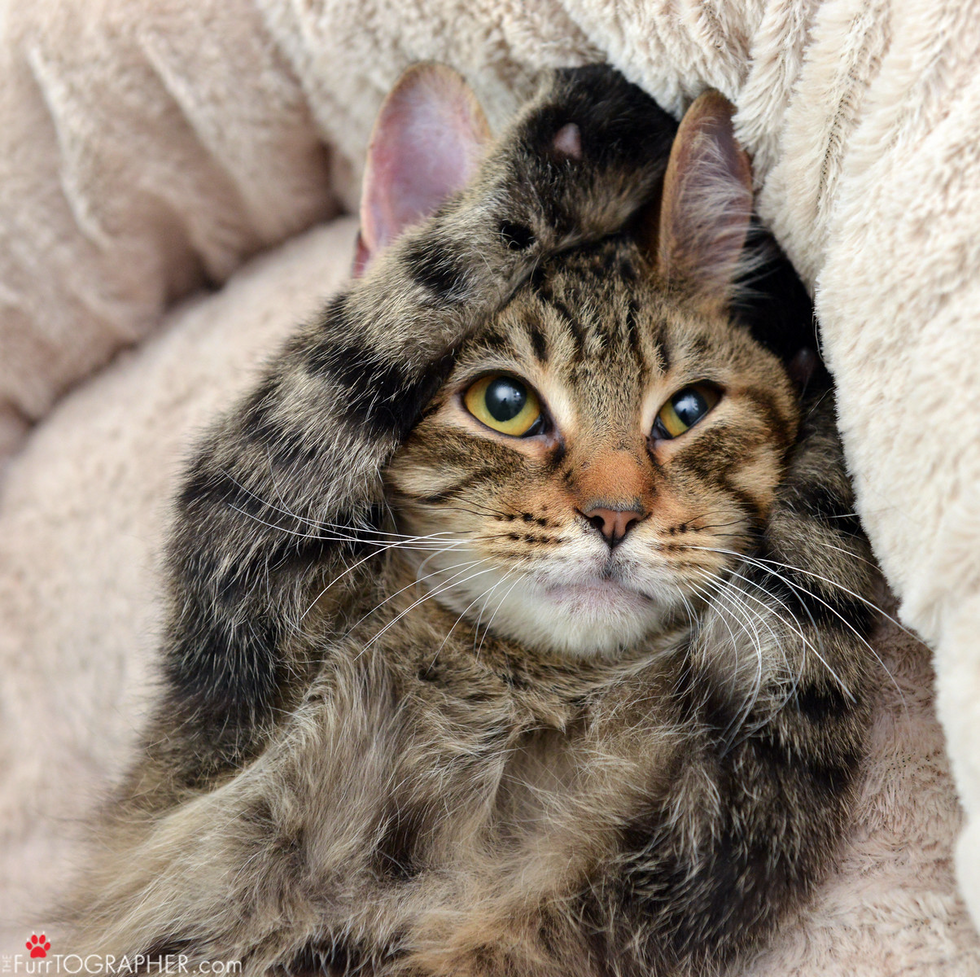 "He's learning to not walk off ledges, but still thinks he's stuck."

Share this story with your friends. Little Astro is ready for adoption. Follow him and his updates on Facebook at The Furrtographer and Saving Grace Rescue. If you would like to help with Astro's medical expenses, click here to see how you can help.

Related story: They Give These Wobbly Sisters Wheels, Seconds After They Get In...