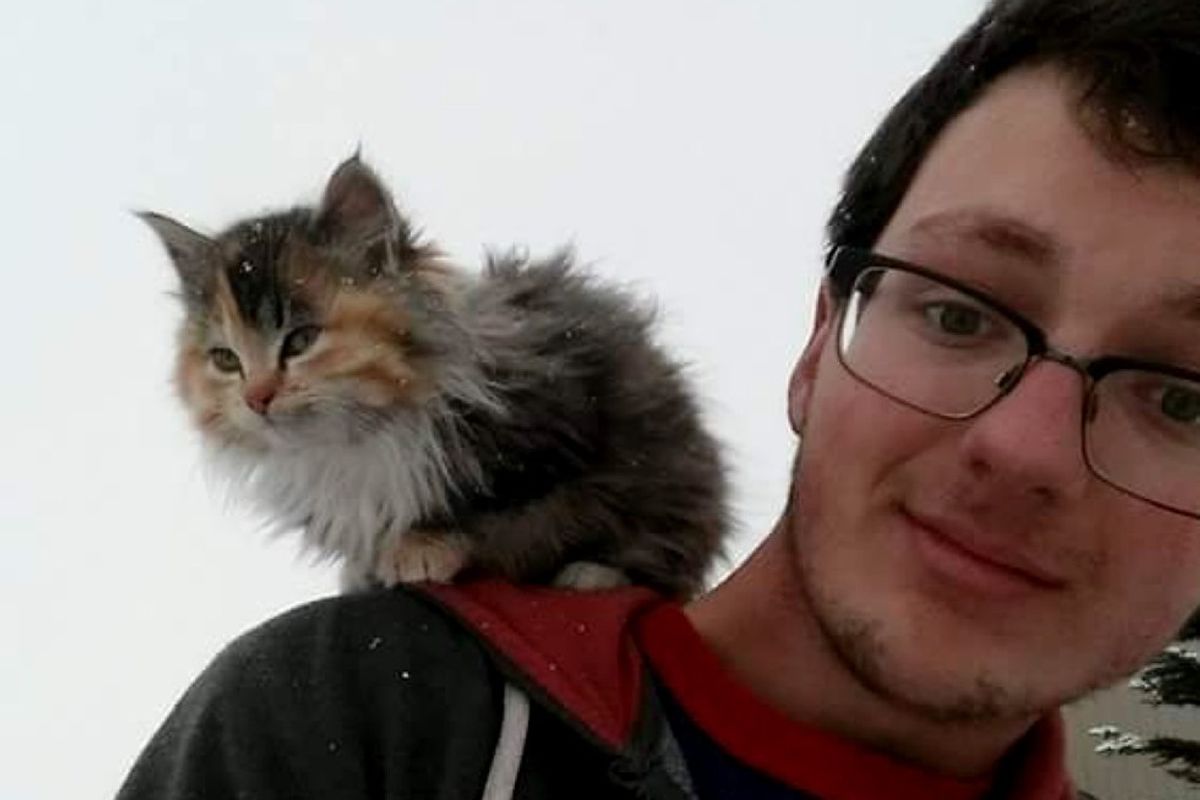 A little farm kitten walked up to a young man and decided to climb on his shoulder and just sit there.

"Just finishing up work and this lil (gal) showed up." 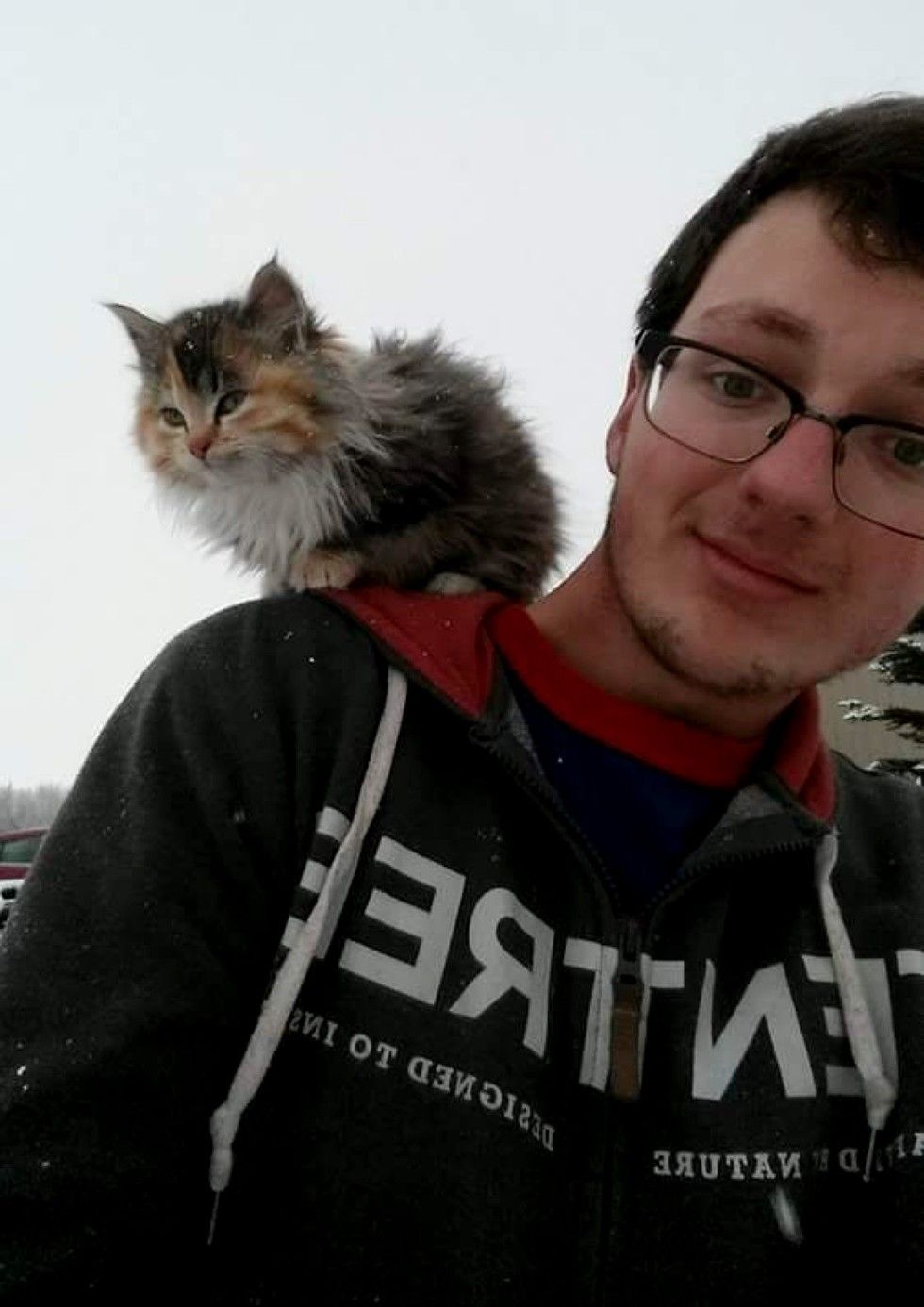 A carpenter from Red Deer, Alberta, Canada just wrapped up his work and was about to take off until he was stopped by a little fluffy calico kitten who demanded his immediate attention.


"She just walked up to me and meowed once and when I picked her up, she crawled up onto my shoulder," reddit user GodlyGrilledCheese said. 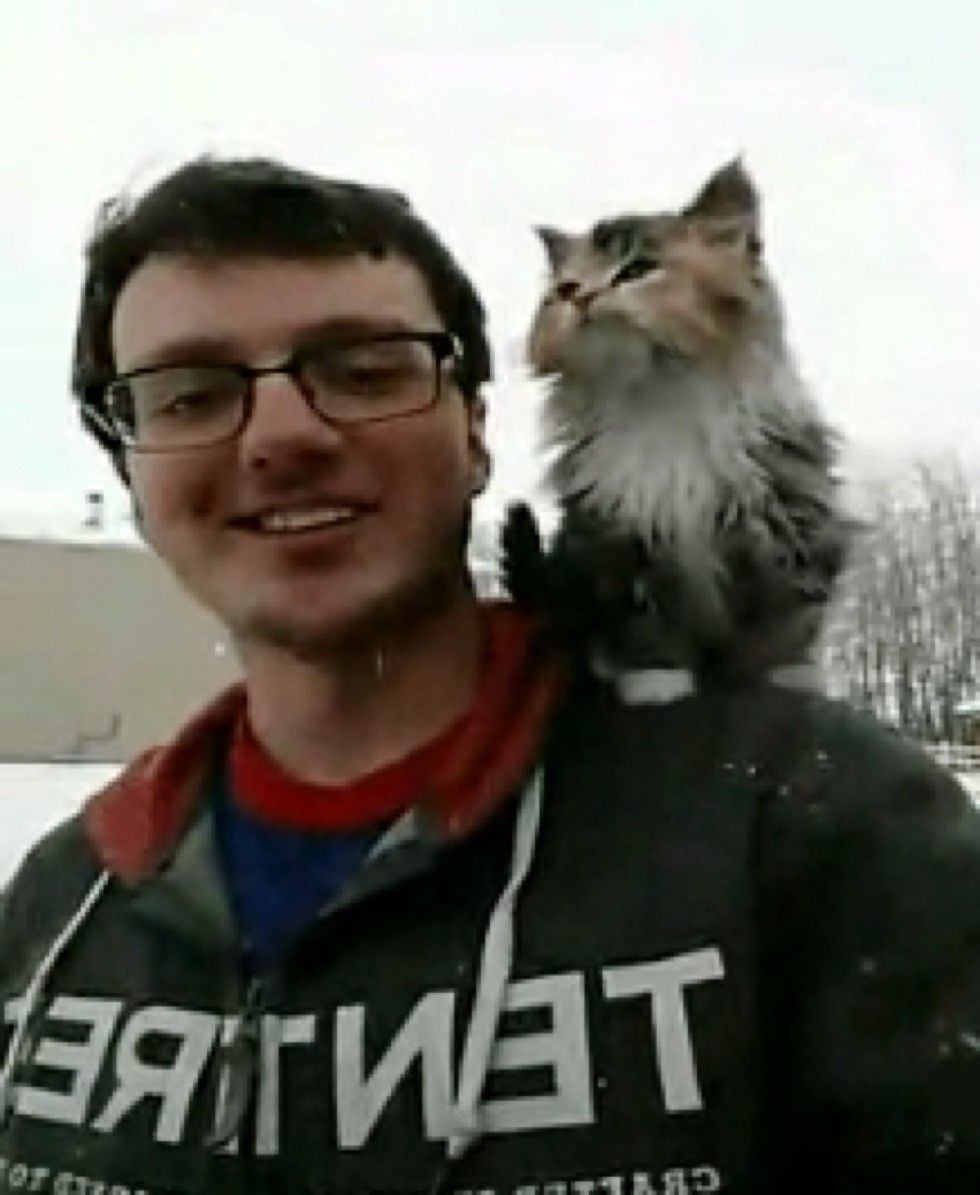 "The place was near my workshop (which is at my boss' house). They live in one of the insulated barns on his land. So she's alright, I see her walking around every once in a while."


His apartment doesn't allow pets, but he's trying to find the kitty a new home. "Their little nest is nice and warm during the day and night, lots of blankets for them," he told Love Meow. 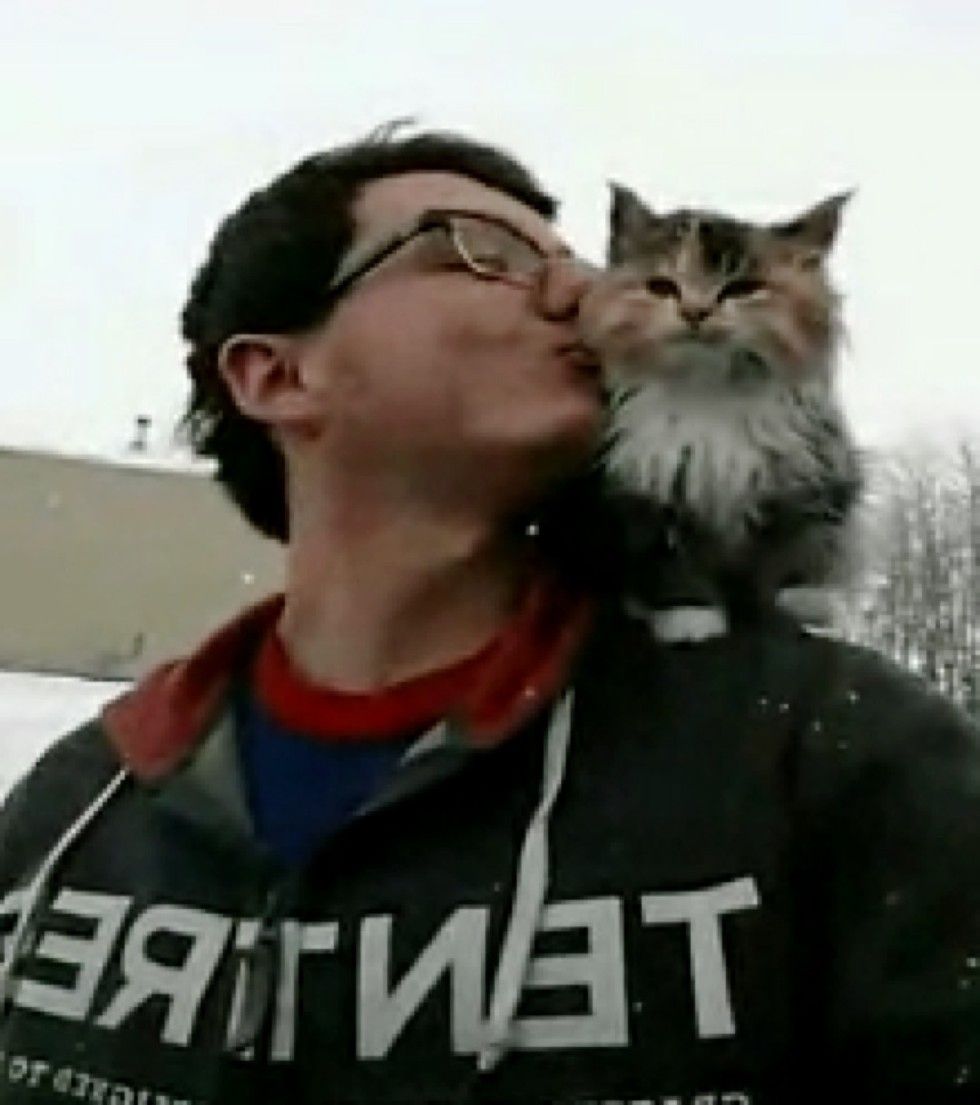 "As a super manly man, I'm actually supper stoked to get a lil meow."