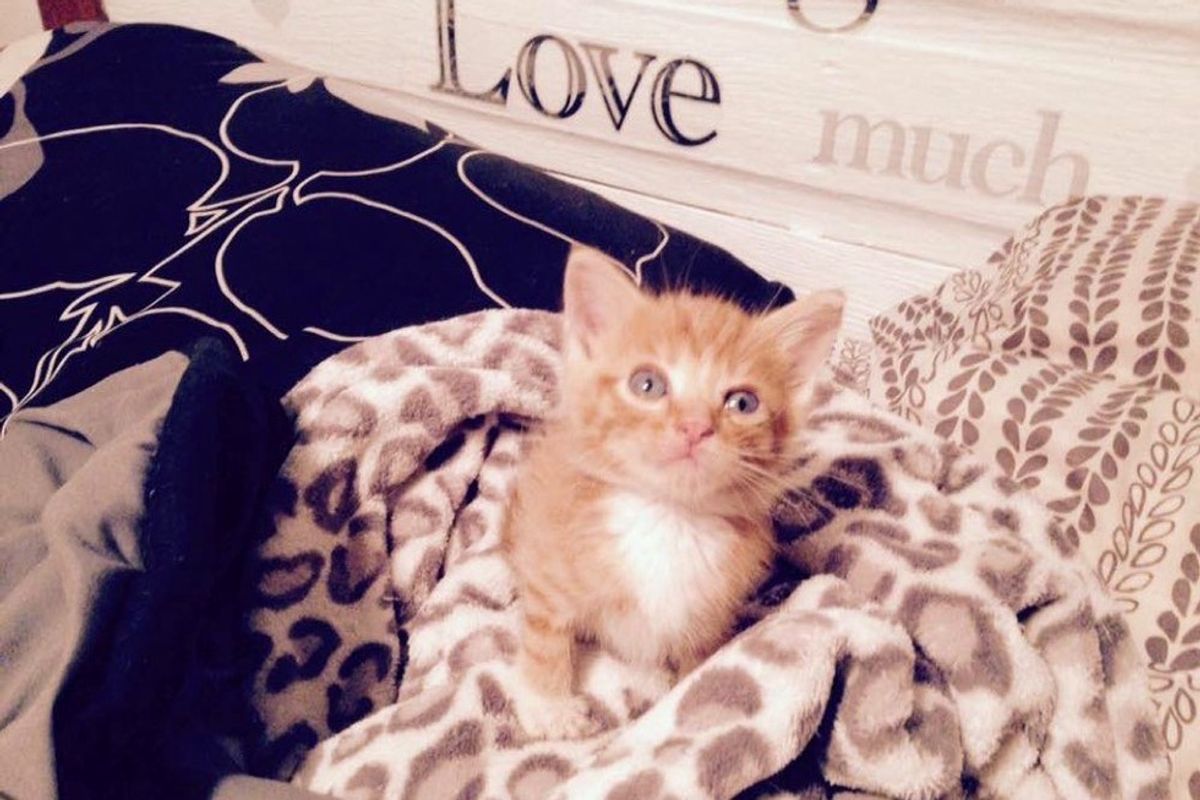 Woman Drives to Save Kitten Near Death Despite Tornado Warnings

A tiny ginger kitten was left behind at the farm after he was born. His mama cat didn't think he was going to survive, but a woman knew there was hope and drove 10 miles to save his life despite tornado warnings.

"His name is Gizmo and we call him Gizzy and he is our little sweetheart." 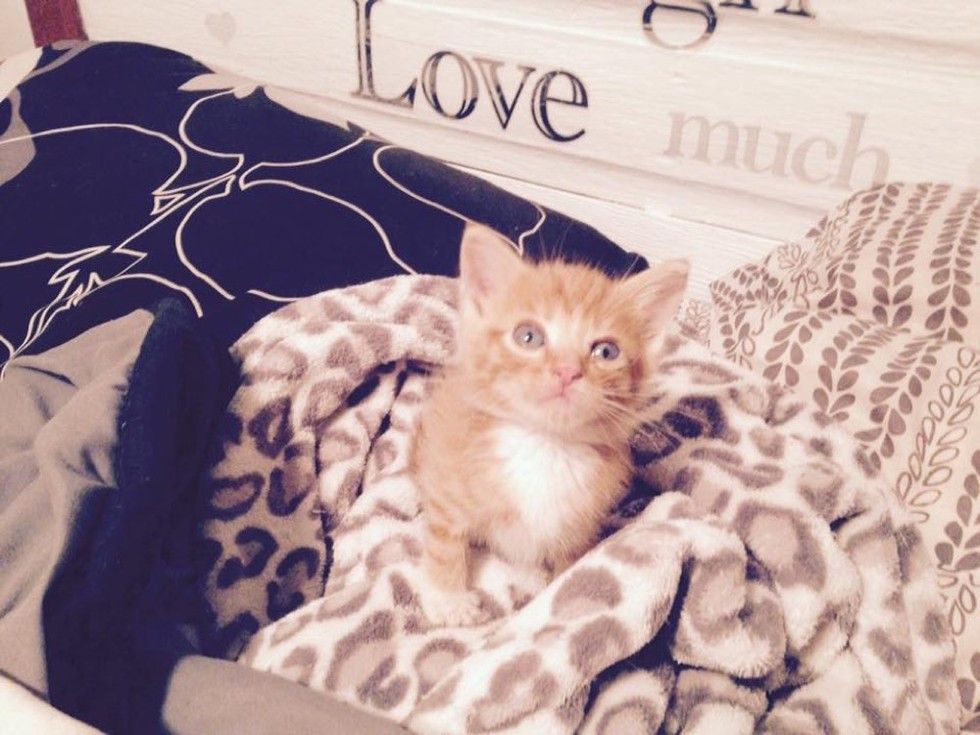 "Gizzy's mama was a barn cat and she must have sensed there was something wrong with him," Carla Picek from South Dakota told Love Meow.

Picek found Gizmo on Facebook and inquired about him. "The gal called me and asked if I could take him because she thought he would die and she didn't have the time for him."

After the phone call, Picek set out to get the kitten. 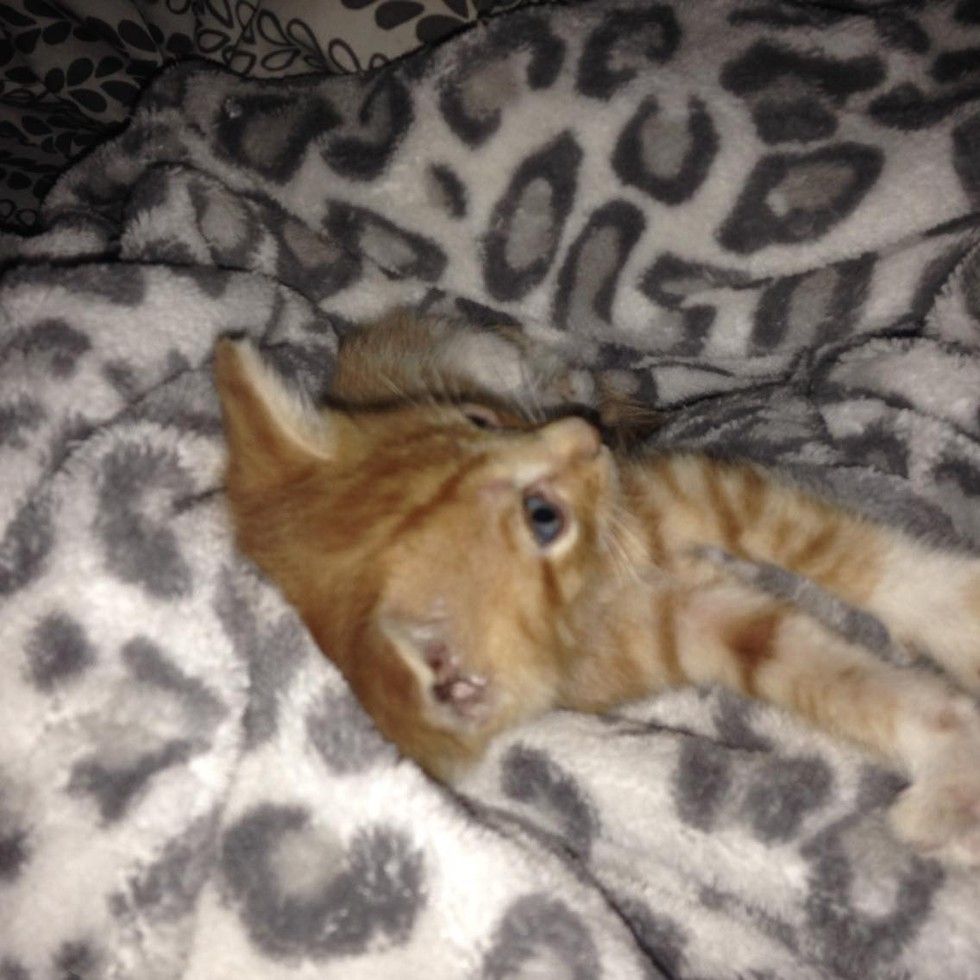 "There was a tornado touch down about 7 miles south heading east and I had to go 10 miles east to pick him up, the sky was really dirty and dark from the fields it touched down in," Picek told Love Meow.

When the girl handed the kitten to her, she knew he was struggling to stay alive. "He was so skinny you could see and feel his backbones and hip bones were protruding out. He had matted eyes and I just gave him a hug and told him he was going to be ok." 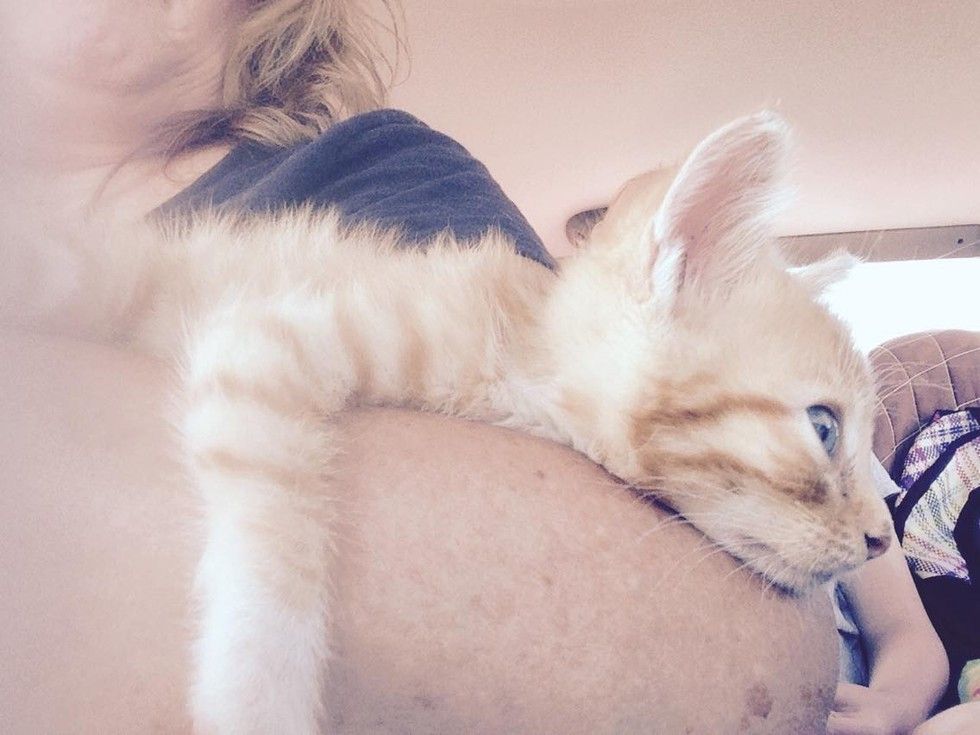 When Picek got him home, she laid him down on a chair wrapped up in a blanket and fed him kitten formula through a syringe. The around the clock care began.

"I came home on lunches to give him kitten formula mixed with wet food for two weeks. He stood on the plate and has been spoiled ever since." 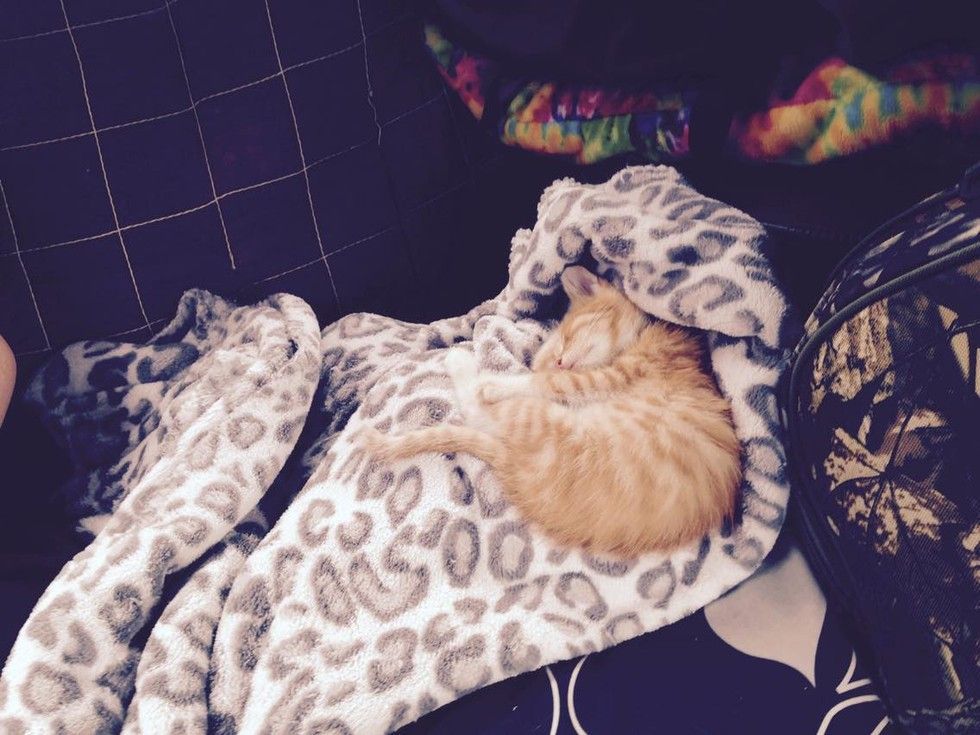 After a while, they found out that Gizmo is blind but nothing can stop him. "We think he can see some shadows but not much at all. He is about 8 months old now and does great getting around. When he's playing he loses his toys at times but runs and plays with the other cats," Picek told Love Meow.

Gizmo playing with the 7-toed gentle giant, Cody the cat, who took on a daddy role and looked after Gizzy. 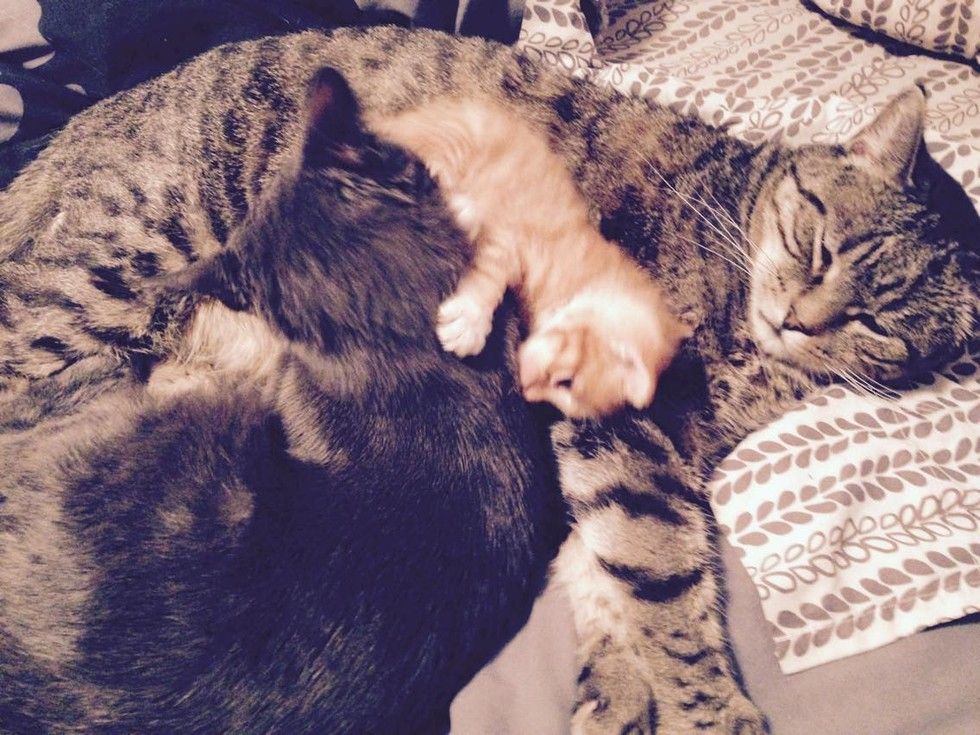 In order to continue caring for the tiny ginger boy, Picek took him with her and her boyfriend when they had to travel out of town, so little Gizzy could get all the attention and love he needed to get better.

Gizzy found his perfect seat in the car. 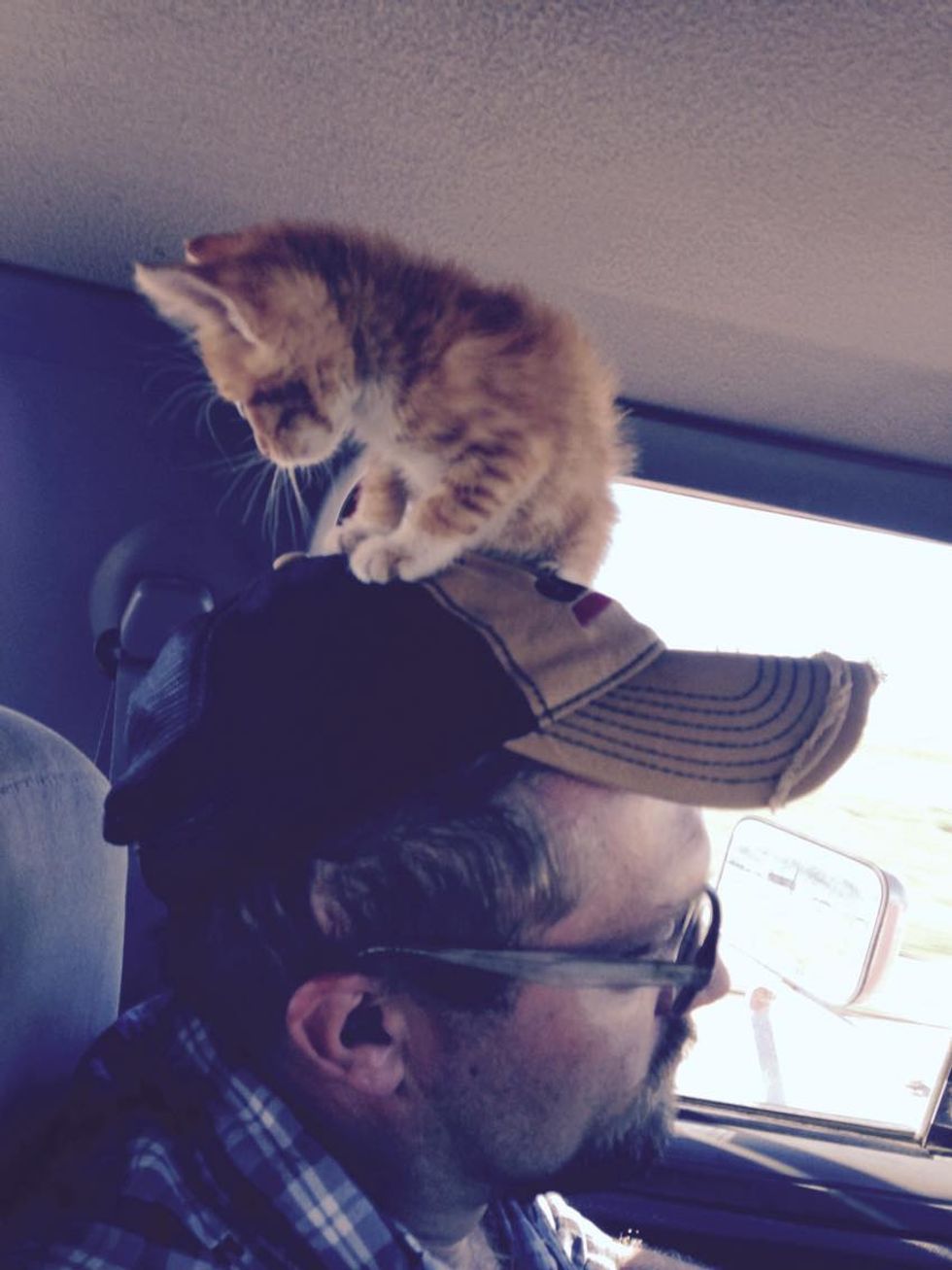 He learned that shoulders are for sitting. 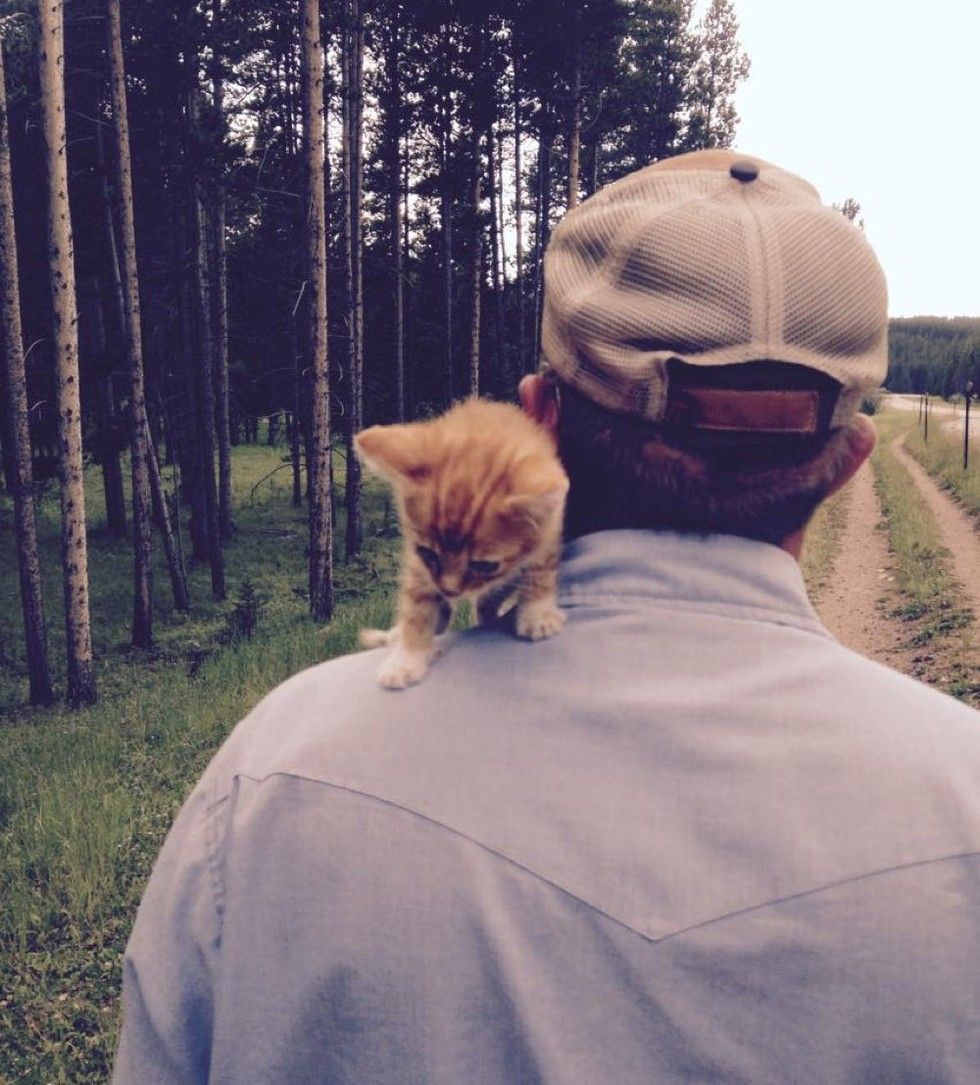 That smile on his face says it all. 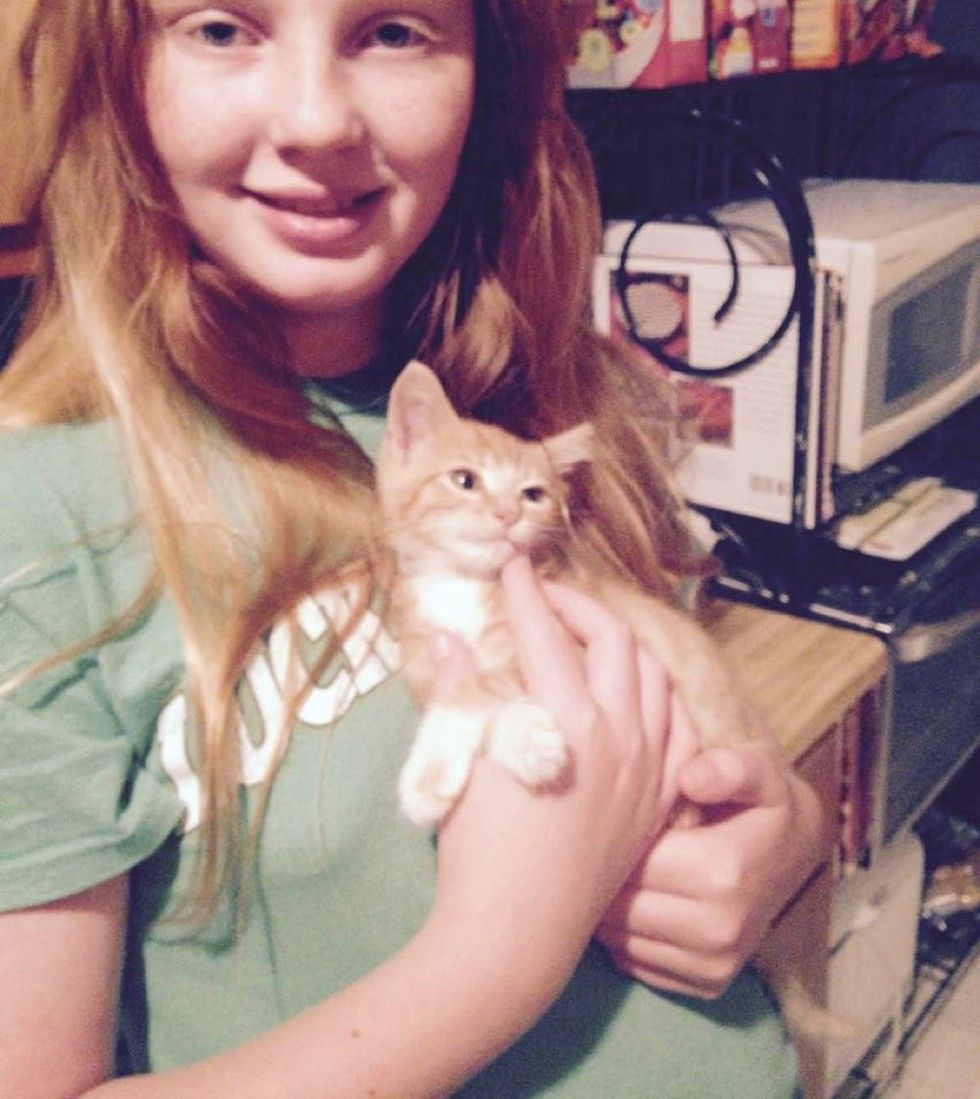 8 months later, look at him now!

He wouldn't have lasted more than 2 days on the farm. Picek knew she had to save him then despite the weather. 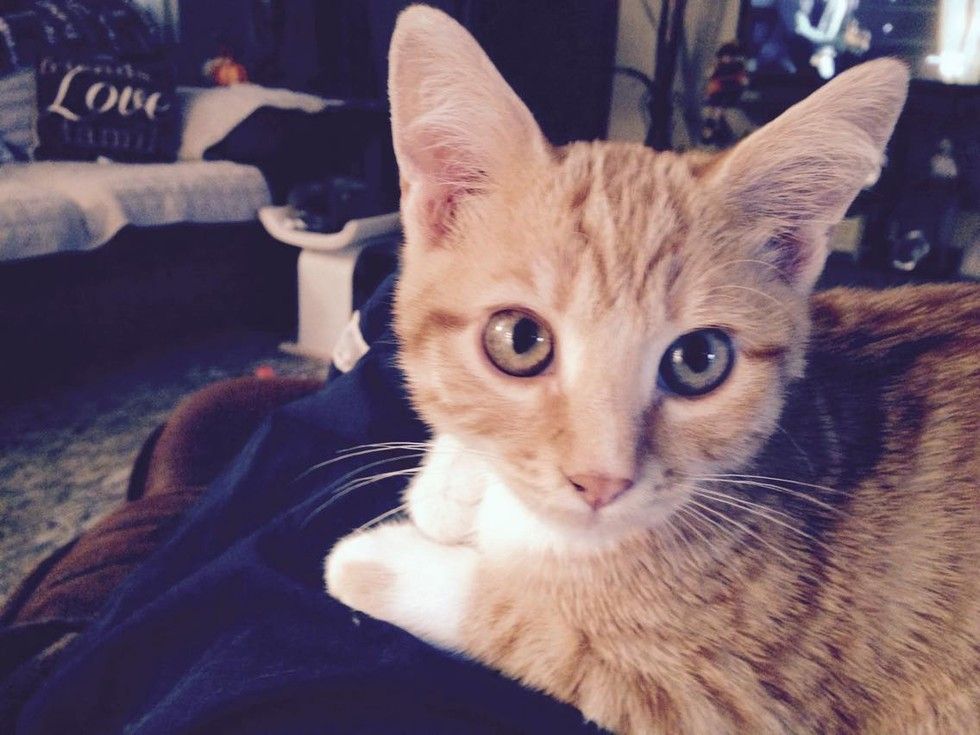