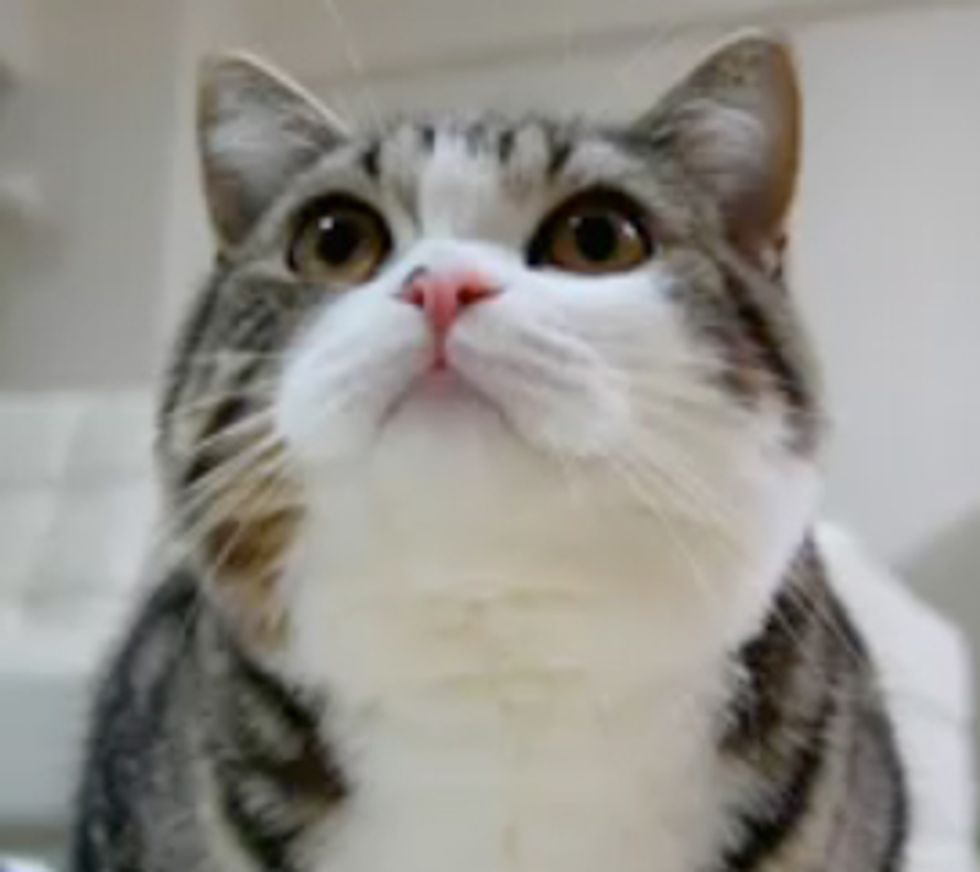 There are so many wonderful kitties that have captivated us in the year of 2009. Below are the top 10 cats that we believe are the most influential felines in 2009.

Scooter is a wonderful tuxedo kitty who lost his mobility in his hind quarters from a car accident. He was fortunate to receive generous donations for a wheel chair which gave him a chance to walk again. Scooter was thankful for what he was given and became a therapy cat at Children’s Home & Lemieux Family Center in Pennsylvania to help children with disability and give them hope by sharing his own stories.

Though this video only came out 2 months ago (Oct), it has garnered more than 14 million views on YouTube alone. The little kitten mesmerized people from all over the world. The video became an instant internet sensation and had been circulating over the net ever since.

A cat named Romeo has made history for feline-kind by raising thousands of dollars for animal shelters and rescues as a way to pay back people who helped him get a second chance at life. He and his human companion are planning on raising $50,000 in 2010.

She was discovered by the Wakayama Railway in Kishikawa, Japan. The staffers named her Tama and gave her the title of “Super Station Master.” They even built a little nesting place at the train stop for her to call home. Soon after Japanese got the wind of the railway feline mascot, her presence took the nation by storm. Now in 2009, the San Fransisco Muni railway business was inspired by this Calico who managed to bring more than $10 million (USD) in revenue by the sole efforts from this little modest furry kitty. In San Fransisco, they hoped to adopt "a revenue-generating mascot,” but the idea was quickly declined by the Muni Spokesman Judson True. The excuse reason was there would be underlining costs such as hiring a person to feed the cat and the cost for cat food.

Homer a special blind cat who is called by his owner, Gwen Cooper, a cat with superpowers, once chased away an intruder who broke into Cooper’s bedroom with a vision that is simply beyond us. He is a cat that once no one wanted to adopt, but had such an amazing spirit that eventually inspired Cooper to write a book about his stories.

Cooper is an amazing feline photographer who has taken incredible artsy photos of objects, cats, and even humans. His photography skills are so impressive that Cooper has displayed his art pieces across the nation. Cooper just recently gained a human brother whom he has been making videos of.

Sockington also named Socks is the cat that has the highest number of twitter followers of all felines. With an army of 1.48 million followers, it is no surprise that he has more twitter followers than most humans. Socks was featured on twitter as a feline that tweets at one time. His interesting stories and daily snippets attracted many cat lovers and soon they all became his biggest fans. Now Socks is on a mission to help other cats by raising the awareness of cat rescue and adoption at his Socks Army twitter site.

Maru the cat is famous for his fetish of boxes and containers. He likes jumping in and out of those things despite his stocky physique. Maru's adorable nature has won many people's hearts. His box fetish video has gotten more than 5 million views and he has been featured in various fans' videos. His obsession of fitting his pudgy head into a small bag, box or container has made him the most beloved kitty on YouTube.

Nora, a talented cat that can play beautiful tunes on a piano has been discovered by millions. She appeared on many TV shows including NBC's Today Show, Cats 101, Martha Steward and the list goes on. Nora has worked with a famous composer/conductor named Mindaugas Piecaitus in an amazing concert called the CATcerto. Recently she was awarded as the ASPCA Cat of the Year.