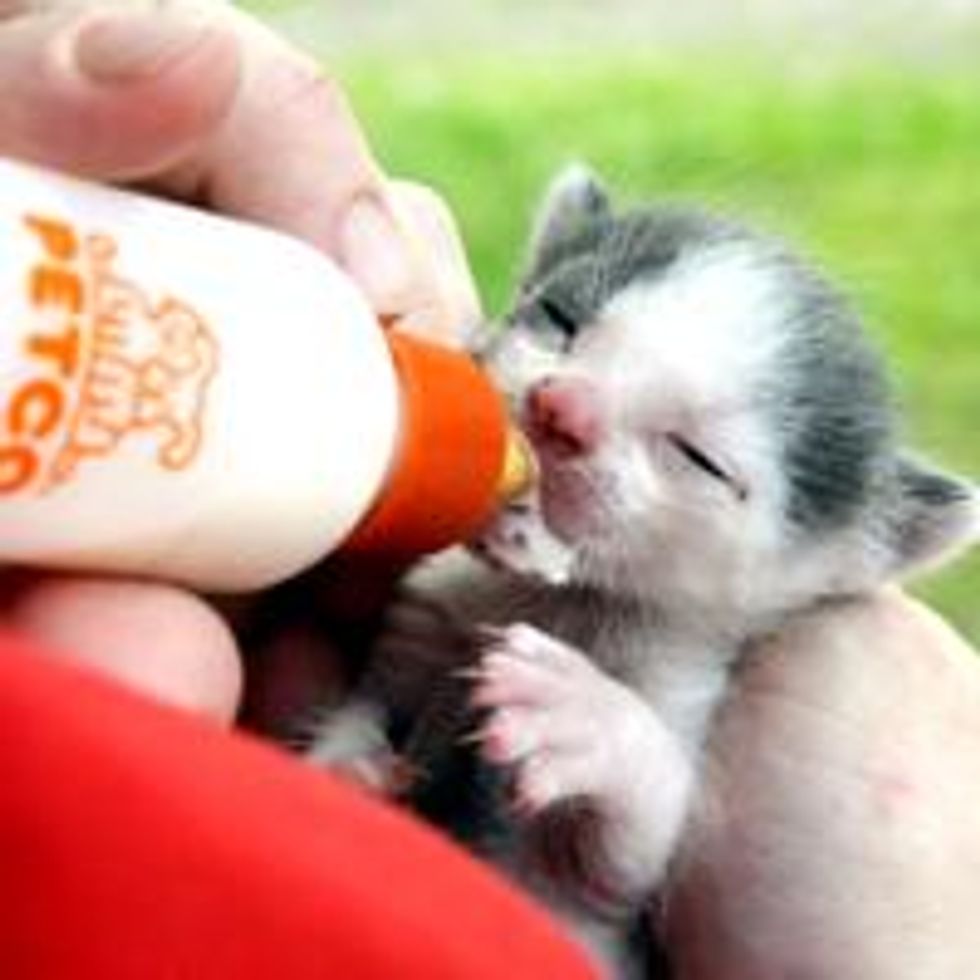 Toto the Tornado Kitty Has Come a Long Way

"On June 2nd, 2011, about 24 hours into the tornado recovery efforts, an unknown tree worker brought little Toto to the Brimfield Fire Station, where Jonathan was on duty with Brimfield Ambulance. After a brief conversation with the tree worker, it was obvious that Toto was found alone in an area of storm damaged trees in Brimfield," written on Toto's website.

Toto only weighed six ounces at the time, and needed immediate veterminary care. Workers from the Animal Rescue League of Boston took him in and nursed him back to health.

2 months after Toto's rescue, "Jonathan’s wife, Amy, surprised him and adopted Toto from the ARL. It was a joyous reunion. Toto had returned to Brimfield, where he belonged."

Toto rescued by a tree worker after a violent tornado, was nursed back to health:

Rescue workers trying to feed Toto on the day of rescue:

10 months after the rescue, Toto all grown up:

Today Toto continues to inspire others with his story. A children's book "Toto the Tornado Kitten" was written by Jonathan Hall, where the proceeds will be donated to the Animal Rescue League.

Photos by Toto the Tornado Kitten, more updates on Toto at his facebook page.