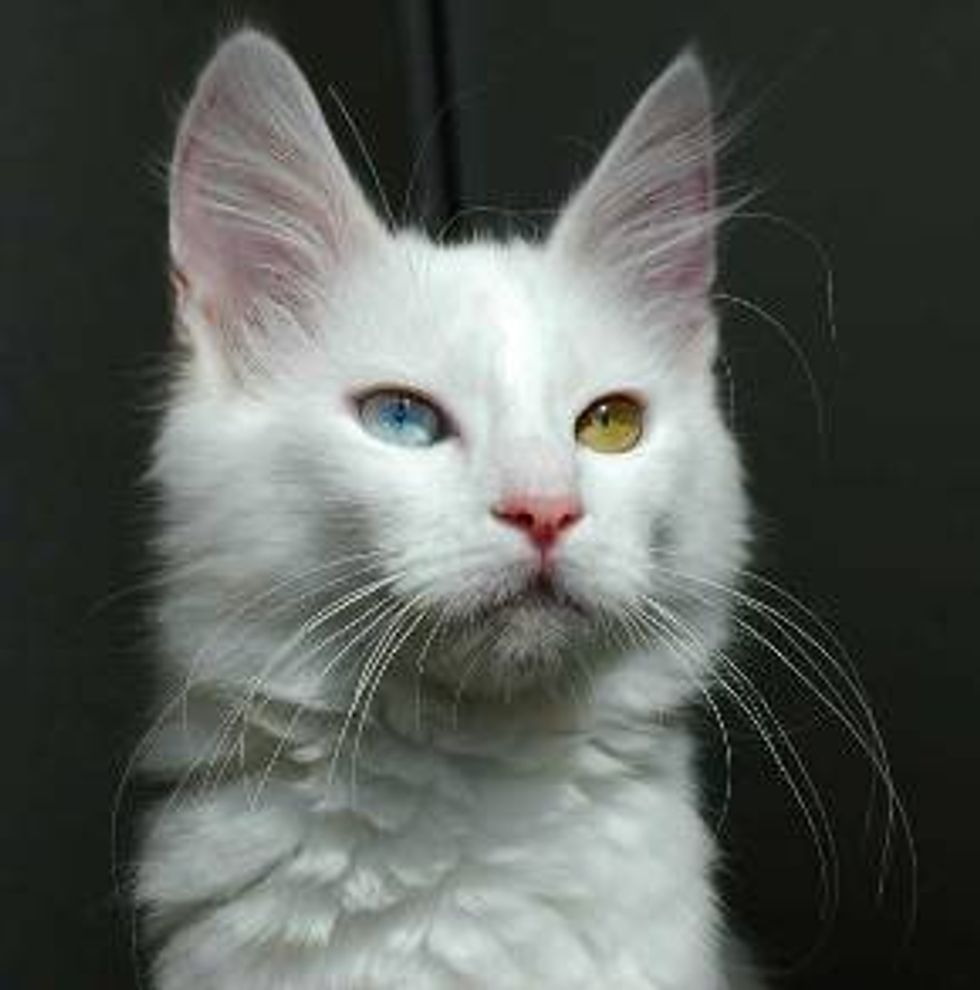 Beautiful and rare, the elegant Turkish Angora is considered a national treasure in its home country of Turkey. The breeds name came from the former Turkish capital, Angora, now called Ankara. The Turkish Angora probably originated in the mountains of Turkey. This graceful breed may have descended from the Manul cat, which was a small cat domesticated by the Tartars. Turkish Angoras can be traced back in European writings to 16th century France. The breed was enormously popular with French and British nobility in the 1700s. Marie Antoinette and King Louis XVI as well as King Louis XV are said to have been Turkish Angora fanciers. The breed almost disappeared entirely in the early 1900s due to indiscriminate interbreeding with Persians to the point where nearly all longhaired cats were referred to as Angoras. Fortunately, Turkish breeders continued controlled breeding of this lovely breed. In the 1950s, American servicemen discovered Turkish Angoras at the Ankara Zoo. These servicemen reintroduced the Turkish Angora to cat fanciers everywhere. All modern Turkish Angoras must trace their ancestry to Turkey.

Turkish Angoras, though highly prized, are unfortunately rather rare even in their lands of origin. They are loving, playful and very adaptable to many situations. This breed is very friendly and outgoing. They coexist well with dogs. Turkish Angoras are often the first to greet guests and are known to stick around to visit with them. Turkish Angoras make outstanding family pets. This breed is also famous for its tendency to bond strongly with one special human. Once that bond is formed, this cat will be an always present, always affectionate companion.

Elegant and graceful, this breeds' most distinguishing feature is its beautiful coat. White is the most popular color but many others colors are available and are becoming more popular with time. The Turkish Angoras long haired, single layered coat is soft and silky. It rarely mats or tangles and so requires little grooming. Most owners do use a fine toothed comb their cats a couple times a week anyway, to get rid of loose hair and reduce the likelihood of hairballs. Being a natural breed, they are also very healthy cats.

These cats are highly intelligent and need to have lots of interaction with their people or they tend to get bored. It's a good idea to have another lively feline playmate for The Turkish Angora to play with when you are away. Otherwise, she is liable to get into mischief.

The Turkish Angora cat is a breed whose cheerful ways continue to charm people every day. Give the Turkish Angora cat a closer look. This breed is considered the most outgoing and affectionate of all cat breeds. This cats' grace and energy would make it a lovely and entertaining pet. This cat may be exactly what you are looking for in a new companion.