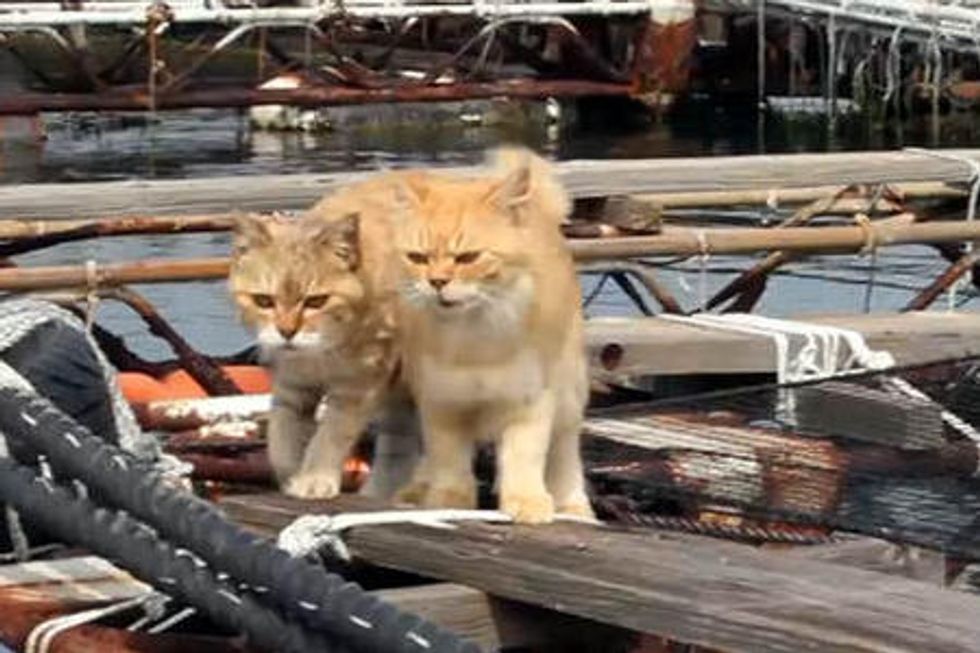 Chii and Dorami, two ginger cats, are very loved and revered by the fishermen on Kasado Island in Japan. They live happily on a fish farm and are fed and looked after by the fishermen.

The mother (15 years old) and daughter (12 years old) cats share a special bond with the people on the island. "I think of them as family members," said Satoru Kuramoto, an official of the Kudamatsu municipal fish farming center, who feeds the cats regularly.

"The cats give a great boost to the employees here who have to work alone at sea," said Yuji Kuyama, director of operation.

The employees made a house specially for Chii and Dorami on a floating platform. Whenever the fishermen dock to the shore, the feline duo come onboard and accompany them during their daily work. They even protect the fish from predators. When birds try to catch the fish, the cats chase them away.

Every day around the same time, Chii and Dorami are waiting at the same place for their human companions. They always bring a smile to the fishermen.

Chii and Dorami, mother and daughter cats, live happily on a fish farm on Kasado Island in Japan 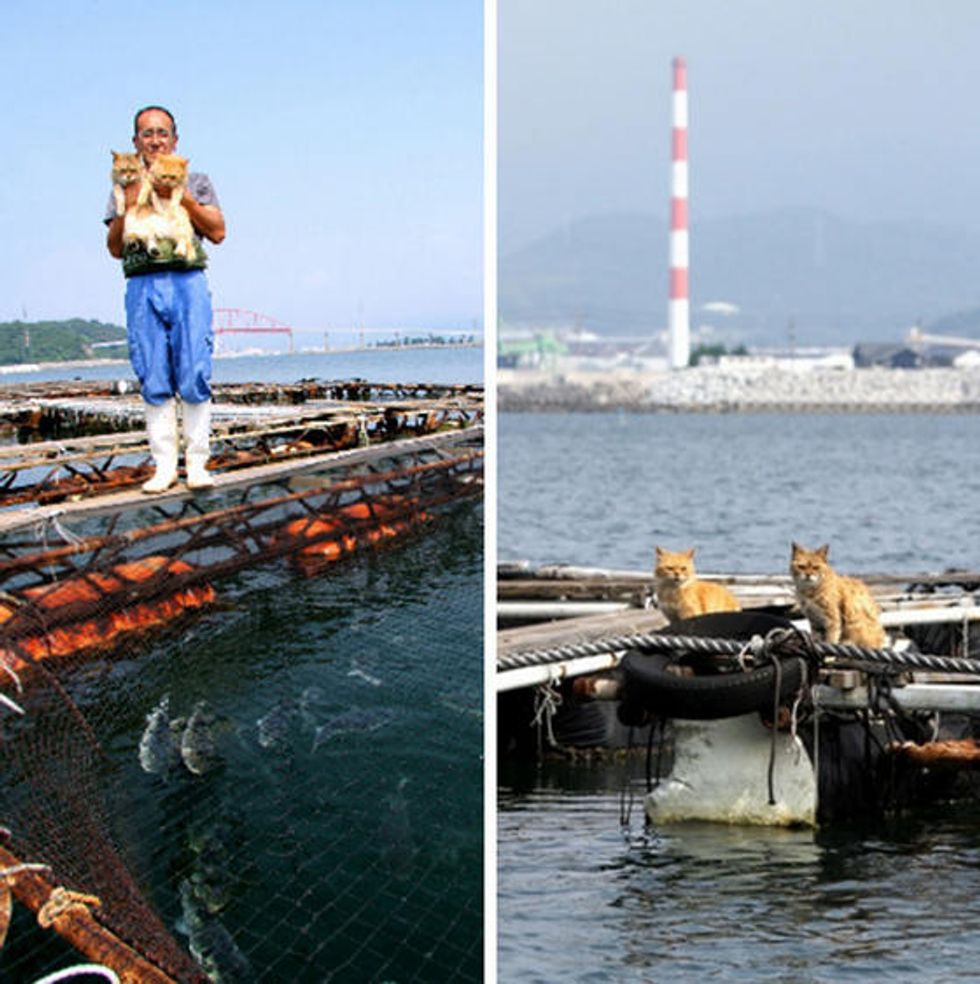 They are revered by the local fishermen who think of them as their family members. 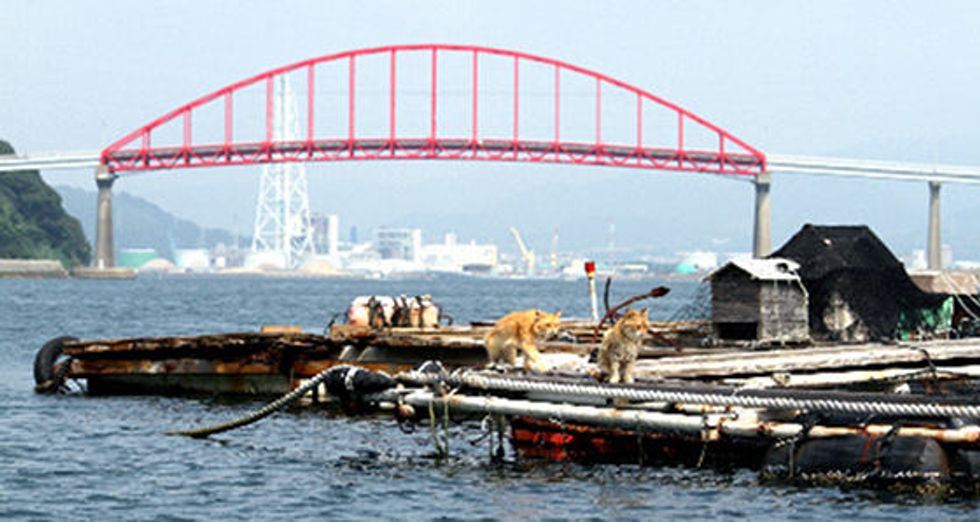 The cats wait for the fishermen to come every day and keep them company during their work. 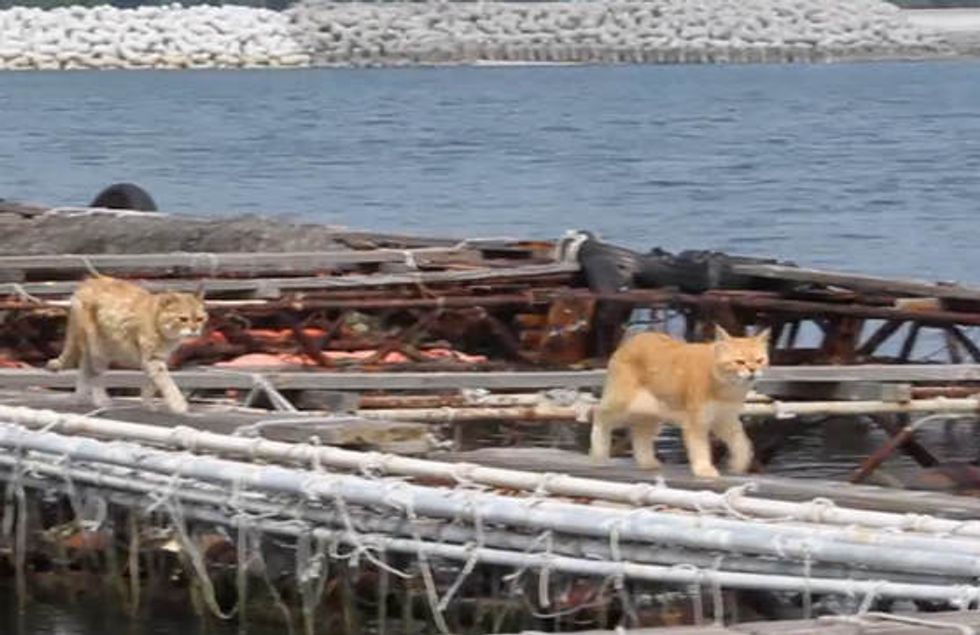 The fishermen built a house specially for them on a floating platform. 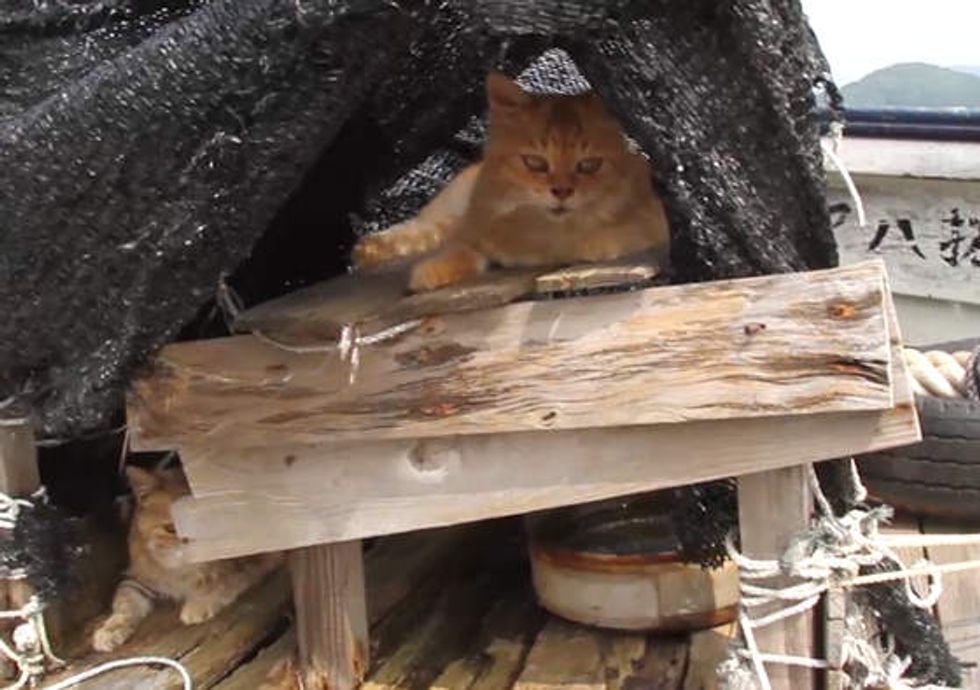 The employees from the fish farm feed the cats and look after them like their own. 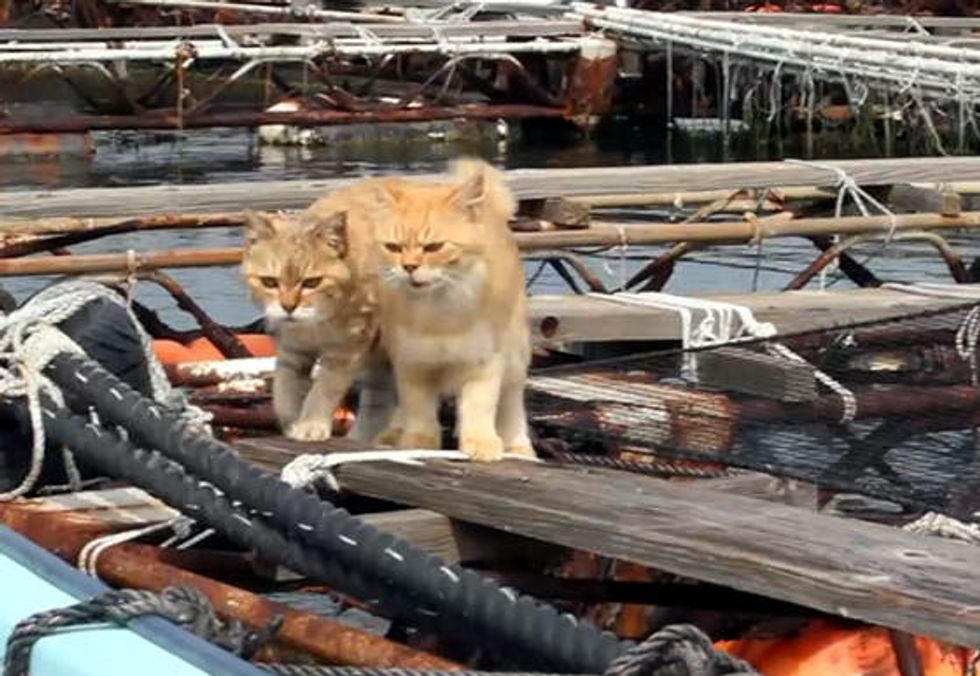 Chii and Dorami always bring a smile to the people at the farm. 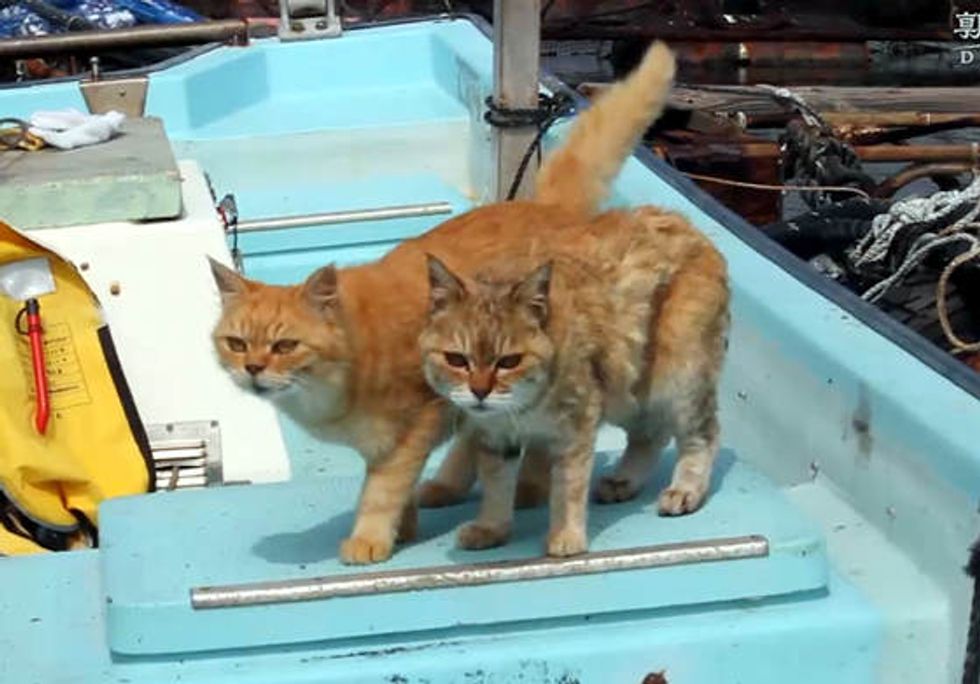