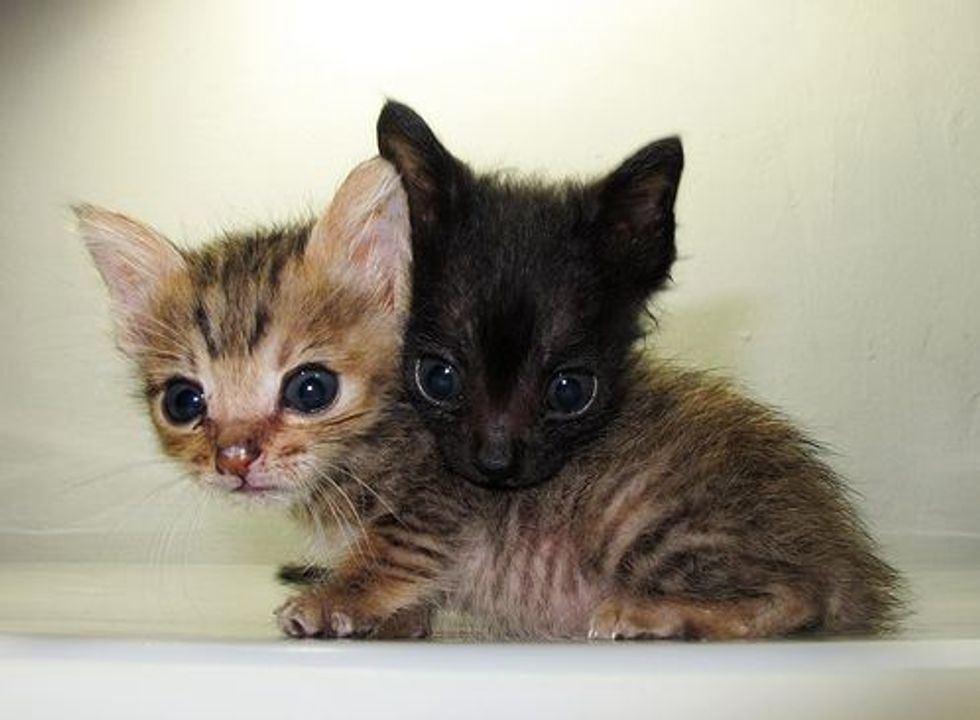 On March 22, Yang Min-chi and his teacher found a litter of five furry kittens in their office among a pile of things they stored in the room.

The windows had been closed for several days. Min-chi and his teacher thought a mother cat must have come into the room to give birth, but was not able to return to them after the windows were shut. Min-chi immediately opened the windows, hoping the mother cat would come back to nurse them. What he did not expect is that two of the kittens were later taken away by the mother cat leaving three others behind.

Min-chi realized that the best thing he could do was adopt the remaining three kittens and raise them on his own. They were named, Black, Black Dot and Naughty. Unfortunately, Black did not make it and went ahead on April 22nd because she had a hard time eating. On the other hand, Black dot and Naughty are doing well and have grown bigger and stronger.

Black dot (brother) can eat more than Naughty (sister) and their food intake has reflected on their weight.

Black dot is a very careful little boy. He likes to watch and study before doing anything. Naughty is the opposite. She is spontaneous and loves to go straight to what she wants. Both kitties are very affectionate. Naughty likes to be held and nap in her hooman's arms. Black dot loves to tag along with Min-chi, but he is more shy than Naughty.

Both kittens are about two months old. Min-chi is taking them to the vet to get their first shot this weekend.

"During these two months, they have made me realize how precious life is. Seeing them grow each day has given me so much hope in life."

"Someone once told me that a person can have many pets, but in the eyes of these lovely animals, they only have you as their companion. That's why I want to be there for them and cherish every moment with them."