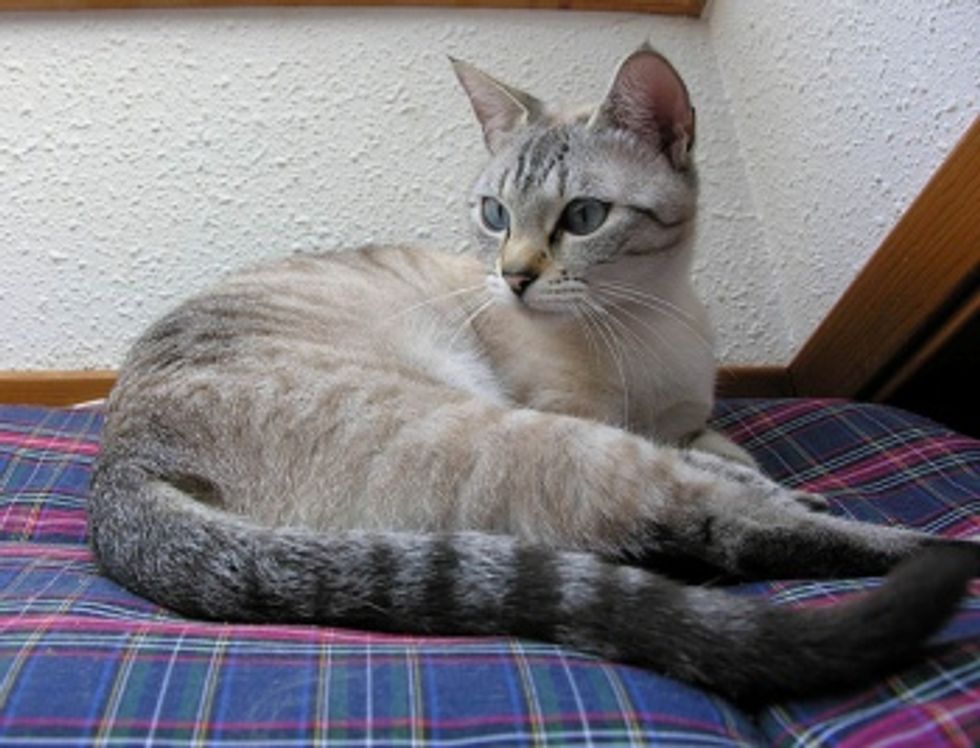 What Illnesses Does Your Cat's Vaccinations Cover?

All felines should be vaccinated regularly (every three years only if necessary) to protect their health. Even if your cat is indoors, there is a possibility that he may escape and be exposed to harmful diseases. Vaccines typically fall into two categories: core vaccinations that are recommended for all cats, and non-core vaccinations that are administered under certain circumstances.

Core vaccinations help protect your cat from: Feline herpesvirus 1(FVH1), Feline calicivirus (FCV), Feline panleukopenia virus (FPV), and rabies. After initial inoculations and a booster at one year, the FHV1, FCV, and FPV vaccines can be repeated at three-year intervals, if your cat is at a low risk of exposure. After initial inoculation for rabies, MLV vaccinations are recommended annually. Killed virus vaccines can be given as a one-year booster and every three years after that.

Learn more about the disease that your cat should be vaccinated against:

Feline herpesvirus 1 (FHV1), also known as feline rhinotracheitis, affects cats around the world. It manifests as respiratory symptoms, including sneezing, nasal discharge, rhinitis (inflammation of the nose) and conjunctivitis (inflammation of the eyelid-lining membrane). It can also affect the reproductive tract, causing pregnancy complications. Feline herpesvirus 1 is part of the feline upper respiratory infection complex—viral and bacterial infections resulting in sneezing and discharge from the eyes and nose. Of this group of infections, FHV 1 is the most common.

Feline panleukopenia virus (FPV) is a much more severe, contagious viral disease affecting cats (including kittens), raccoons, and mink. Common symptoms include diarrhea, vomiting, low white blood cell count, and seizures. FPV invades rapidly growing cells, typically those of the digestive system, lymph tissue, bone marrow, and developing nervous system. FPV is widespread in nature, so nearly all cats are exposed to it within the first year of life. This is due to the fact that FPV is extremely stable in the environment and cannot be killed by most common disinfectants.

Rabies can be transmitted from wild animals to unvaccinated domestic animals and even humans. Rabies is transmitted through the saliva of an infected animal, usually through a bite, and is nearly always fatal. Once an animal is infected, the rabies spreads to the central nervous system, causing inflammation in the brain.

Non-core vaccinations are given to cats when circumstances indicate that they may be at risk for a particular disease.

Feline leukemia virus (FeLV) vaccination is recommended for outdoor cats or cats having contact with other feline of indeterminate FeLV status. After 16 weeks of age, acquired resistance to infection develops, so it's most effective for kittens or young cats. A number of FeLV vaccinations are on the market.

Feline immunodeficiency virus (FIV) vaccine was released in July 2002. This vaccine is not as effective as those for other viruses, and previous vaccination may not rule out infection. When deciding whether to get your cat vaccinated for FIV, research your options and discuss the matter with your veterinarian until you feel comfortable.

Feline infectious peritonitis (FIP) vaccine has a short duration of immunity, and its effectiveness is under debate. The rate of FIP incidents in the general cat population is very low—in single-cat households, only 1 in 5000 cats are infected. Keep this in mind when considering the vaccination.

Chlamydophila felis is a disease causing conjunctivitis and is part of the feline upper respiratory infection complex. Typically, chlamydophila felis responds to antimicrobial treatment. Vaccination results in a short duration of immunity and incomplete protection. For these reasons, vaccination is relatively rare, and used mostly in a cat population with a high recurrence of the infection.

Bordetella bronchiseptica mostly affects young kittens, causing lower respiratory tract disease. In older cats, although uncommon, it can be treated with antibiotics. Vaccination may be the proper course for kittens in a multiple cat environment that puts them at high risk of exposure.

Gardia vaccine is not regularly used because of its many limitations and the greater potential for vaccine-associated sarcomas.

What Illnesses Does Your Cat's Vaccinations Cover? courtesy of Cat Articles