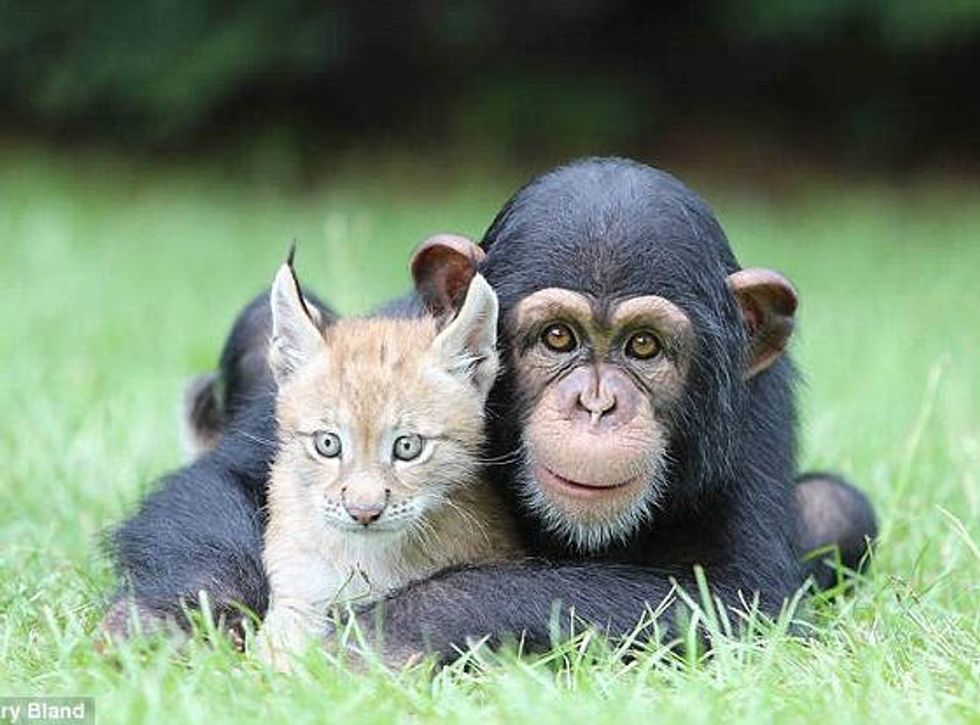 They found each other at the safari one day, and the rest is history.

The two spend most of their days playing, chasing each other, cuddling and even nap side by side, totally inseparable. Varil is very protective of his wildcat pal, and Sutra doesn't mind being cuddled by Varli. The pair often cozy up together in their wildlife park.

"Varli gives Sutra the ability to have so much more adventure. He lives with him around the clock," said Dr. Bhangavan Antel, director of the park. "It's a natural friendship."

Satru loves cozying up to his chimpanzee pal in the wildlife park.

He doesn't mind being cuddled by Varli.

They spend most of their days chasing and playing with each other.

Varli is very protective of his wildcat friend and often cuddles up with him.

They even sleep side-by-side, totally inseparable!

Back in 2011, the Myrtle Safari Park chimpanzee also took in a little puma baby and bottle fed it like his own: