Cat Who Lived All His Life on the Streets, Tells Rescuer He Doesn't Want to Be a Feral Any More

A feral cat was nursed back to health and experienced a few weeks of good food and safe shelter.

He didn't want to return to his cat colony ever again. 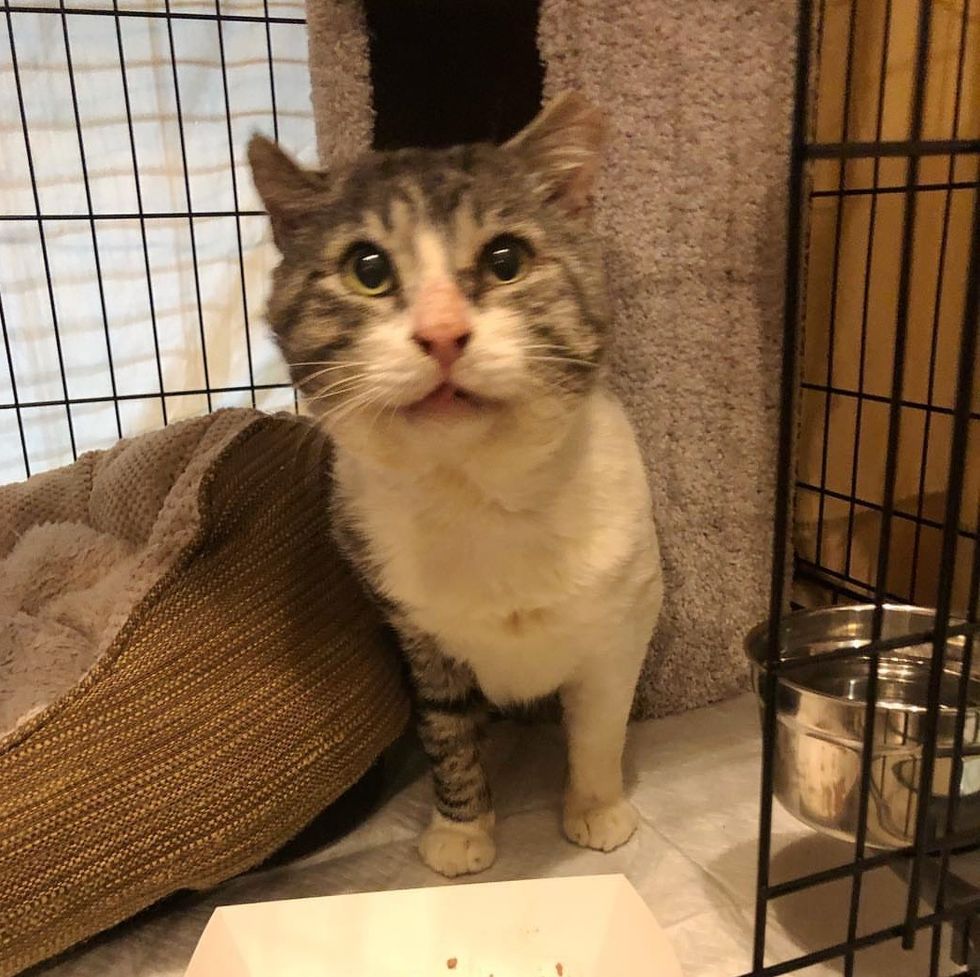 Ashley, a TNR (trap-neuter-return) rescuer/foster from Washington, took in a feral cat who was trapped in the city of Everett. He had a severe upper respiratory infection (URI) and was completely terrified due to lack of human contact.

Despite having lived all his life as a feral (approximately 6 - 8 years), Ashley had a feeling that he would let her pet him. "The Community Cat Coalition helped me get medication for his URI and while it was slow to go away, it did," Ashely told Love Meow.

She named him Stud Muffin. He hissed when Ashley approached with his meals, once he realized she meant no harm, he would watch her from inside his security cat tree condo. 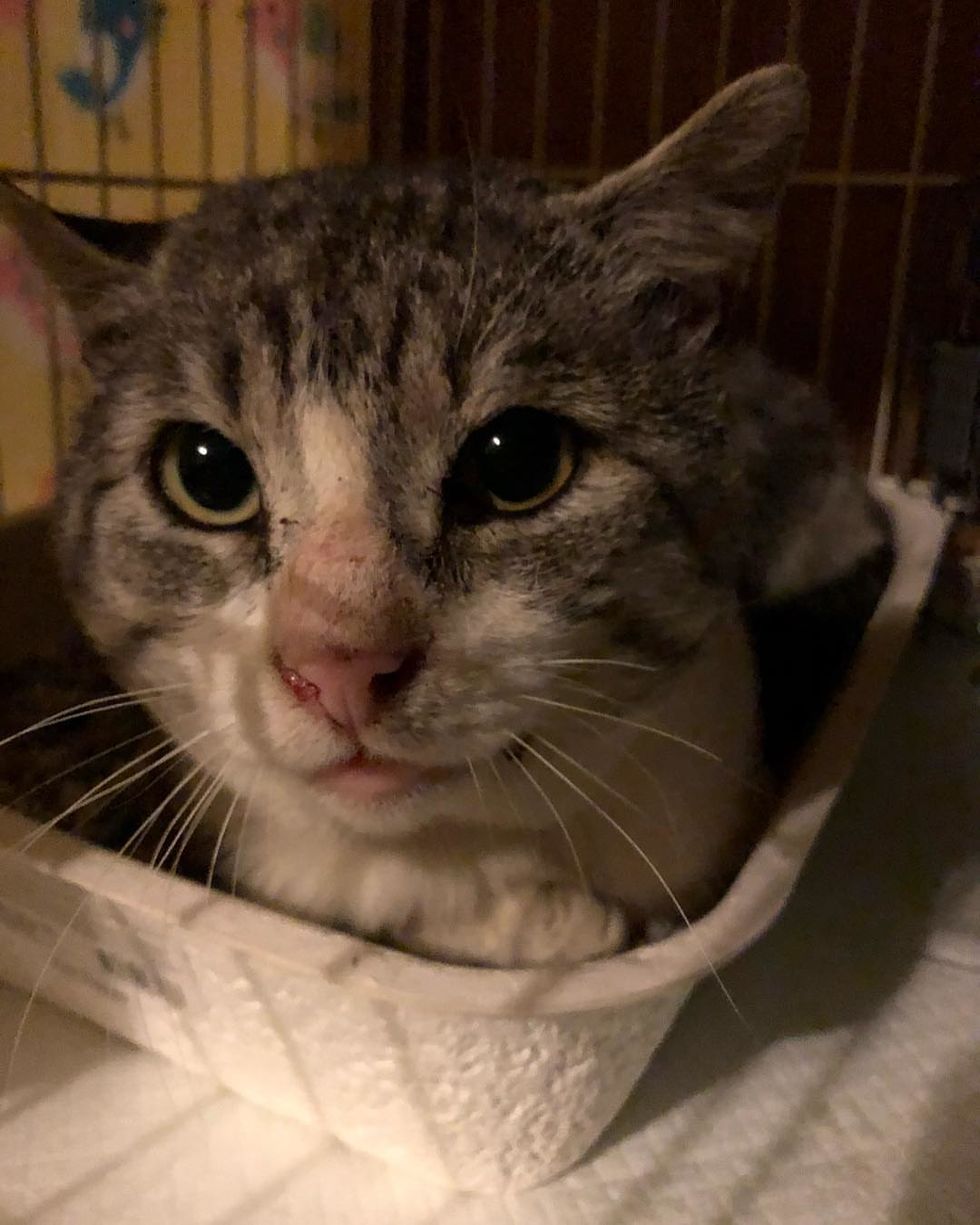 "I took a risk and put my hand towards him. He let me rub his head and even let me rub eye meds in his eyes," Ashley said.

A few weeks later, Stud Muffin made a full recovery and was neutered. "He fathered a lot of kittens but lucky that cycle ended here." 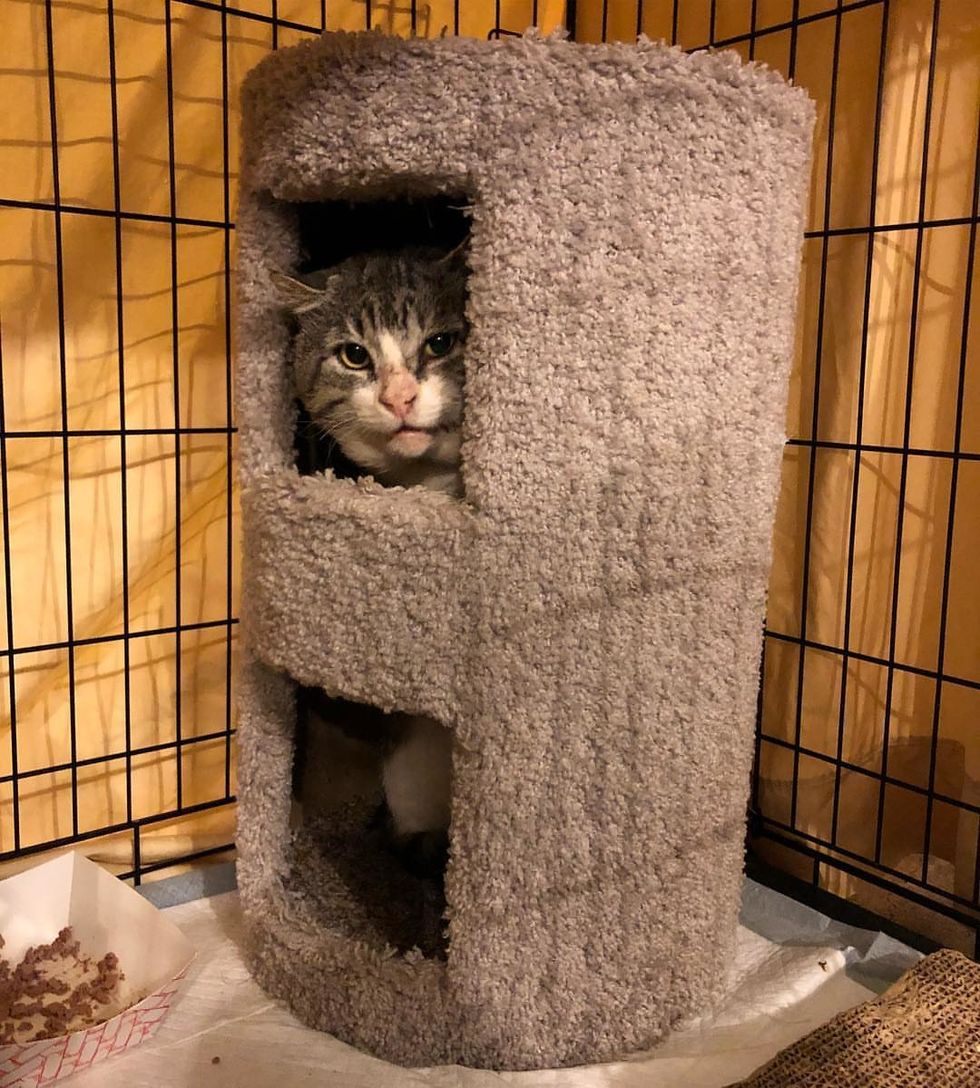 The kitty was still very timid, hiding most of the time from people. "I let him decide if he wanted to return to where I found him. I walked away and left the crate open, but he just hunkered further back," she added.

"He didn't want to go back out, so I closed the crate and we drove home. Stud Muffin has decided he doesn't want to be a feral kitty any more," Ashley said.

"His stomach is still adjusting to regular food so he's spoiled and getting chicken and rice every meal." 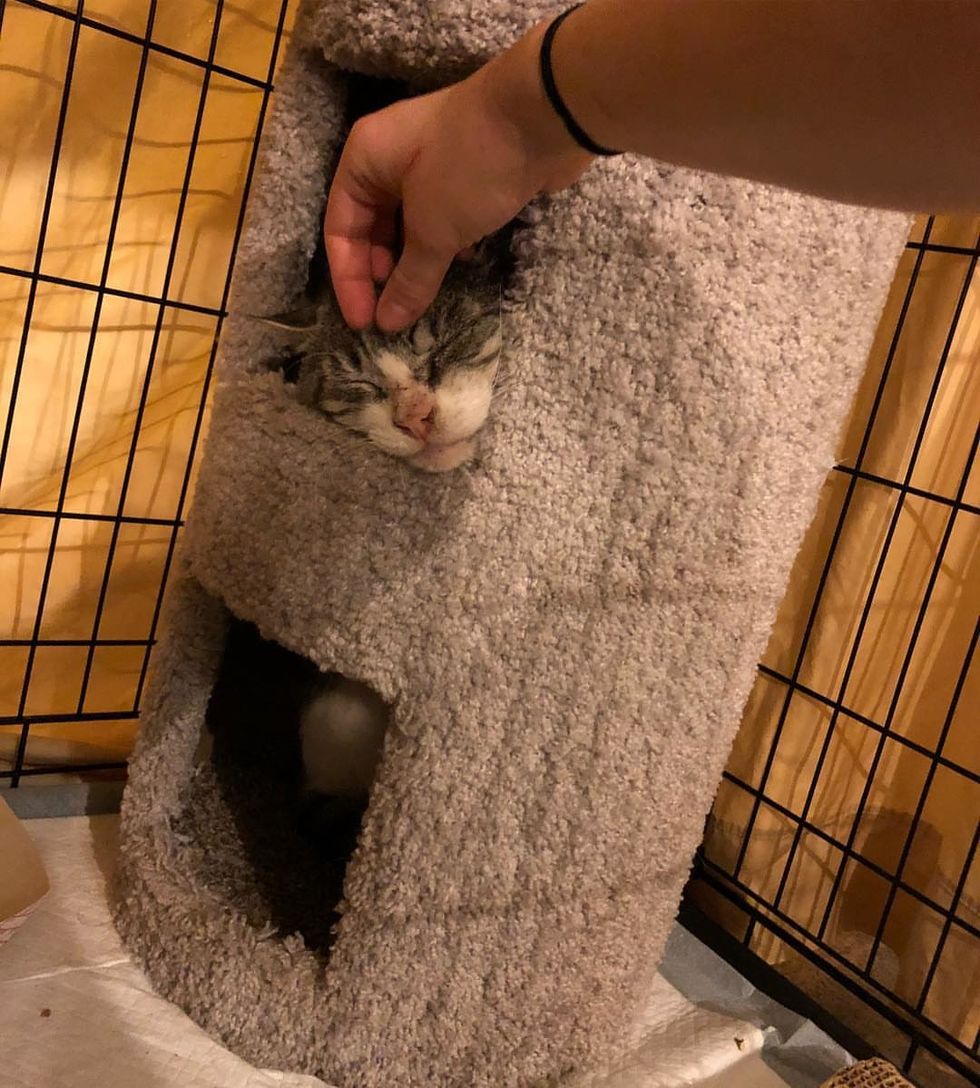 Now the kitty runs their garage and has a little hut to hide if he wants to.

"He gets to run around the whole garage so can get on the windowsill and watch the outdoors. He also runs around with the kittens that we trapped in the same area," Ashely said. 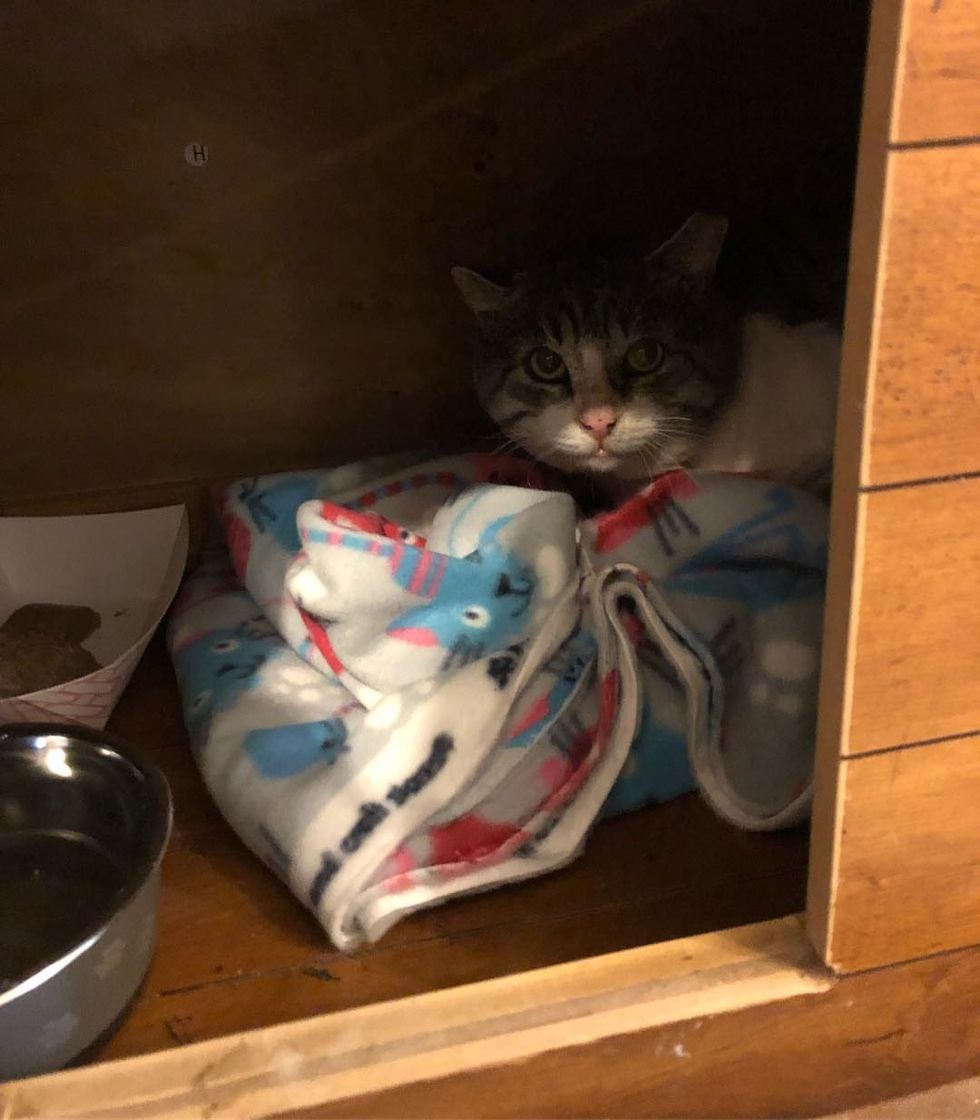 They know it will take time for him to come out of his shell fully, but with lots of patience and love, they are confident that he will.

"I'm so happy to say I have someone coming next week who is interested in fostering and possibly adopting him, and another person offered to cover his adoption fee," Ashely added. 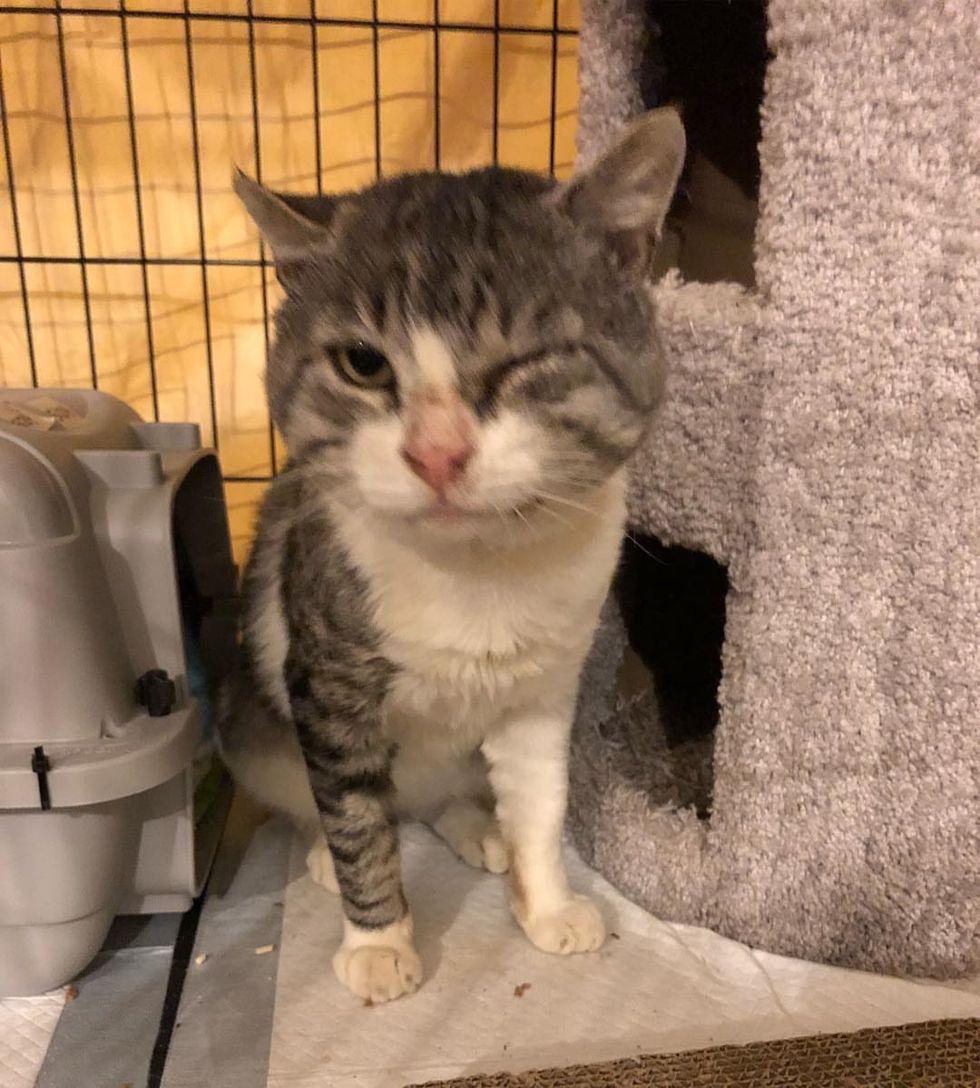