A big kitty showed up outside someone's house and decided to stay. Not only did he find himself a forever home but also a loving human who made it a mission to help him get in shape.

Over the past three years, this ginger cat made an incredible transformation. "He's less than half the weight of when I first got him!" 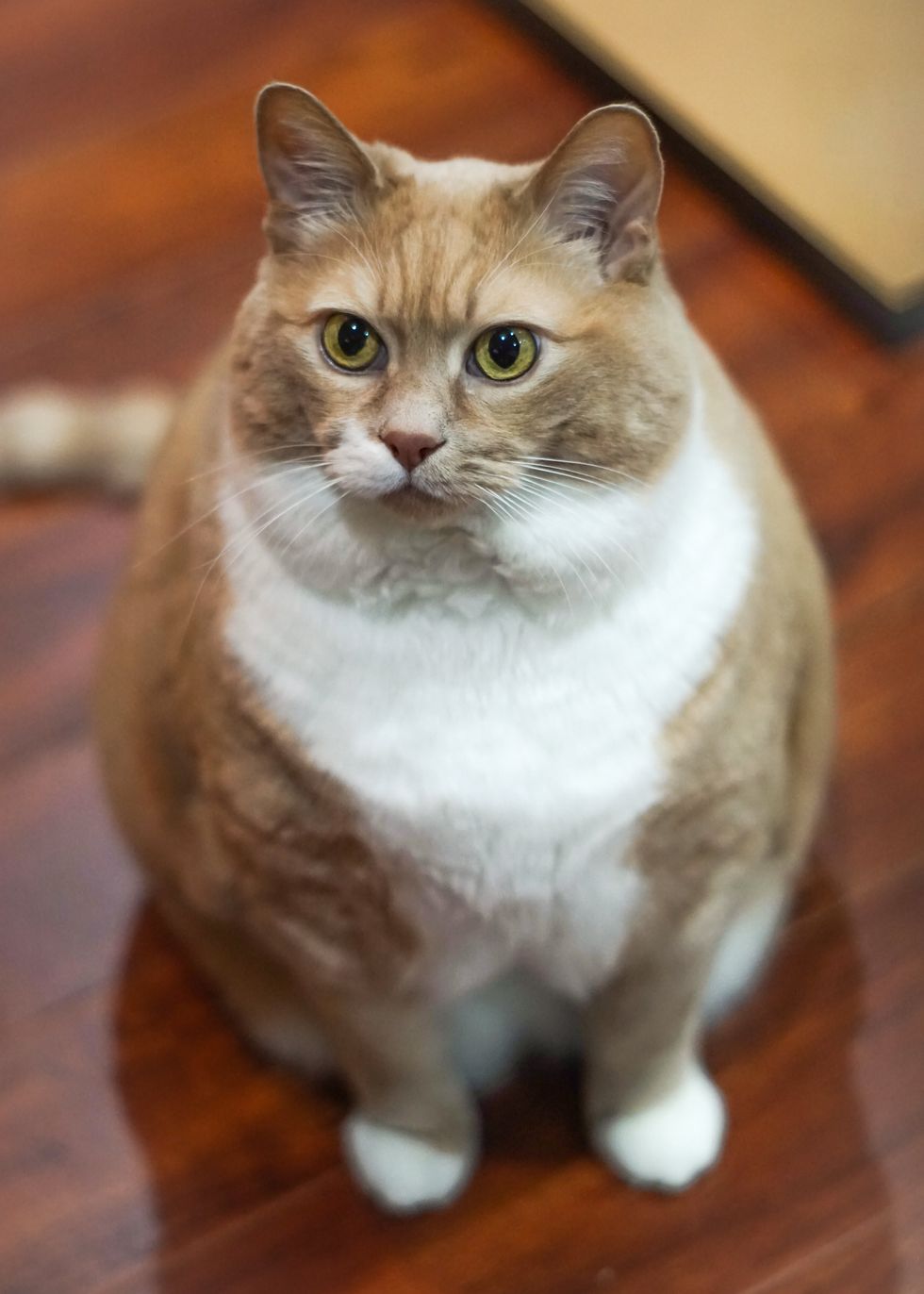 Markus from Alberta, Canada came across the orange and white cat one morning on his driveway. "I was surprised to see a cute, orange cat just lying down enjoying the sun. He was very friendly and let me pet him and even pick him up," Markus told Love Meow.

No one from the neighborhood came to claim the cat so they took him to the vet to see if he was micro-chipped. "Turns out that he was, and the address that was associated to the chip was quite far from where we found him (it was from a neighboring town)."

They were able to find a phone number and called to tell the owner that they had found their cat. "The person on the other end of the call did not want the cat back. From then on, we kept him, and named him Kato," Markus added. 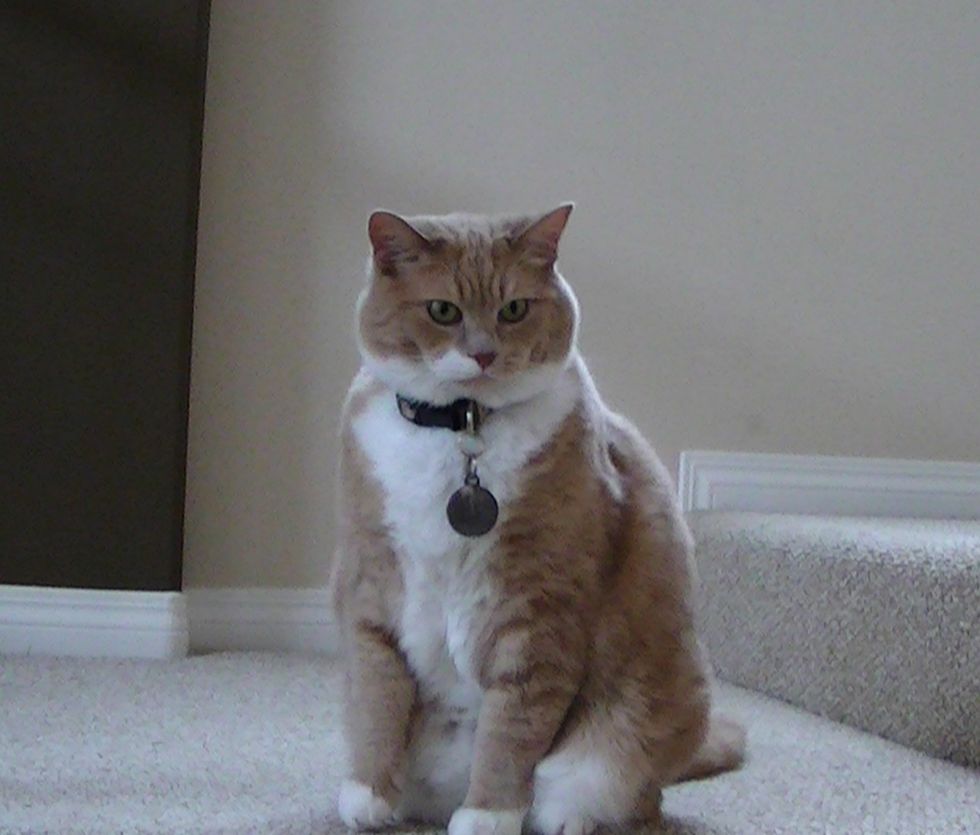 Kato quickly became Markus' closest companion, following him everywhere around the house. He was always near his human and would sleep next to him every night.

From day one, they noticed Kato's large appetite. "He was used to eating far more than an adult cat should eat. Kato had always been a larger-than-average cat. Despite his size, he was still very nimble and was able to jump to high places." 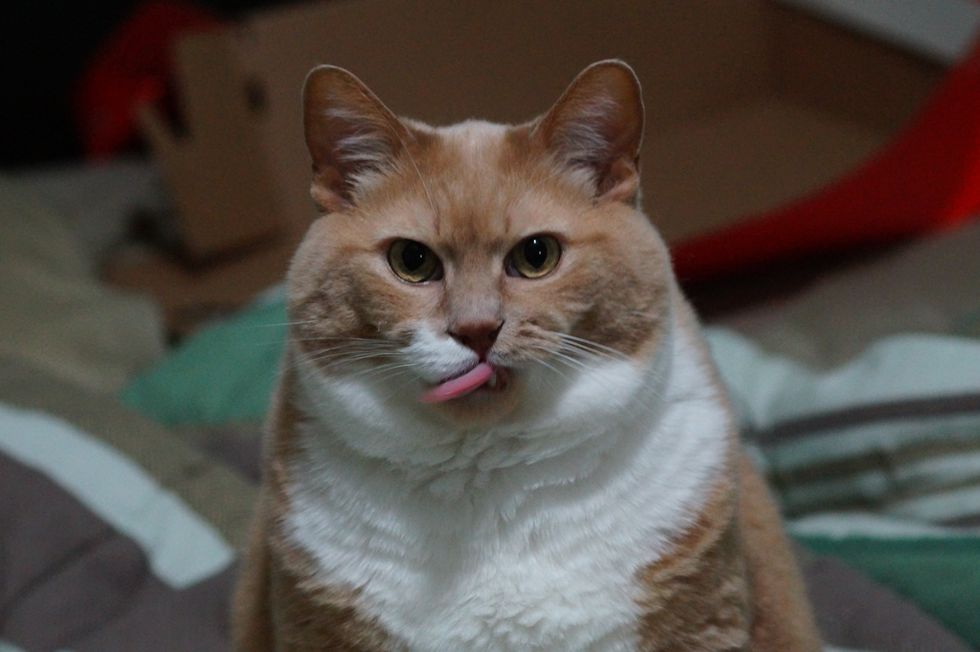 Markus who was a teenager at the time, felt responsible for taking care of Kato. "I began to realize that my cat was quite literally a ball, so I took action." 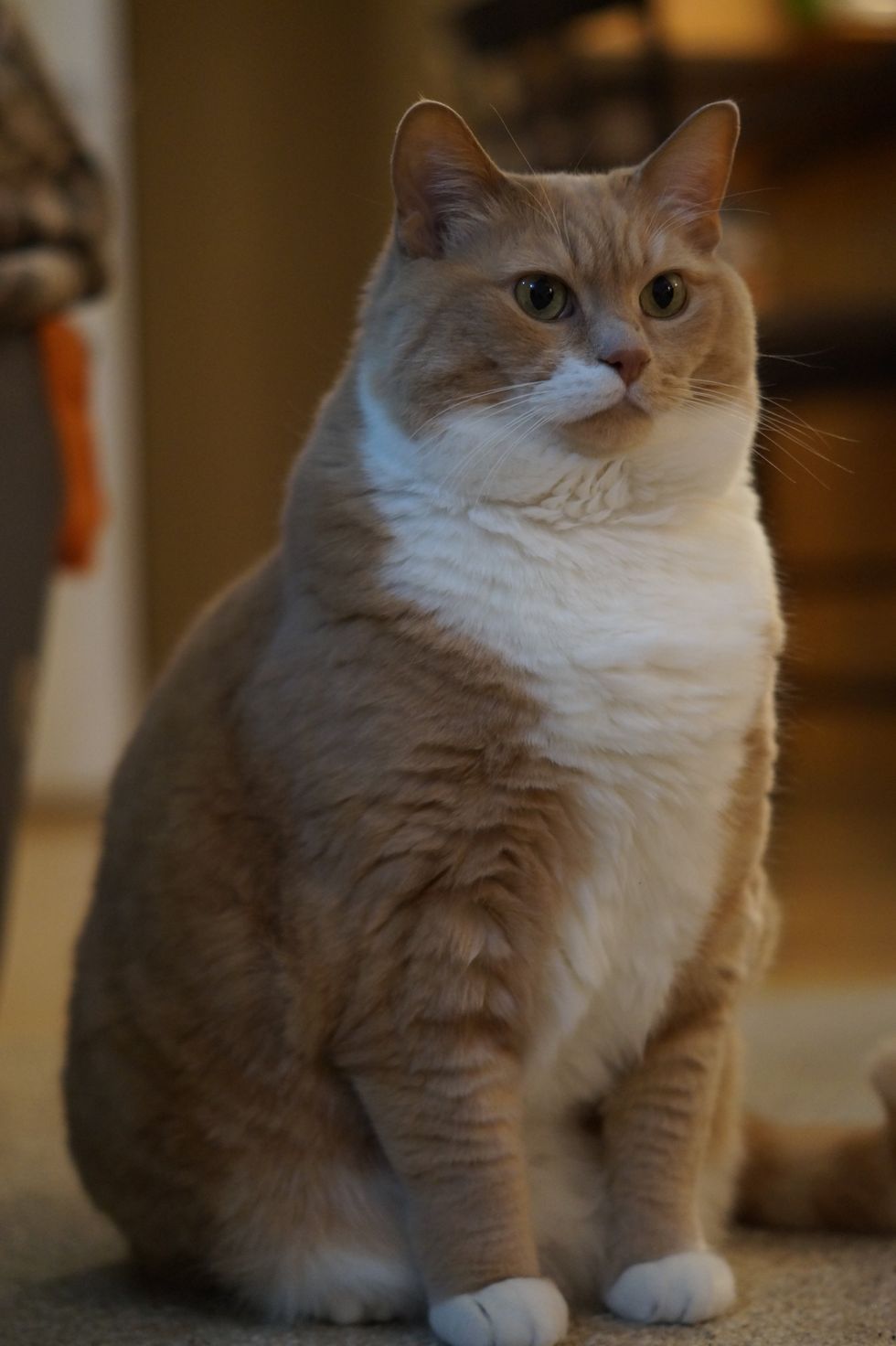 Markus decided to document Kato's weight loss journey with his camera. After snapping a before photo, he came up with a plan to very gradually decrease his portions of food.

"I knew I wouldn't be able to get him down to normal portions of food overnight, as that would have been a very dramatic change in his life," Markus told Love Meow. 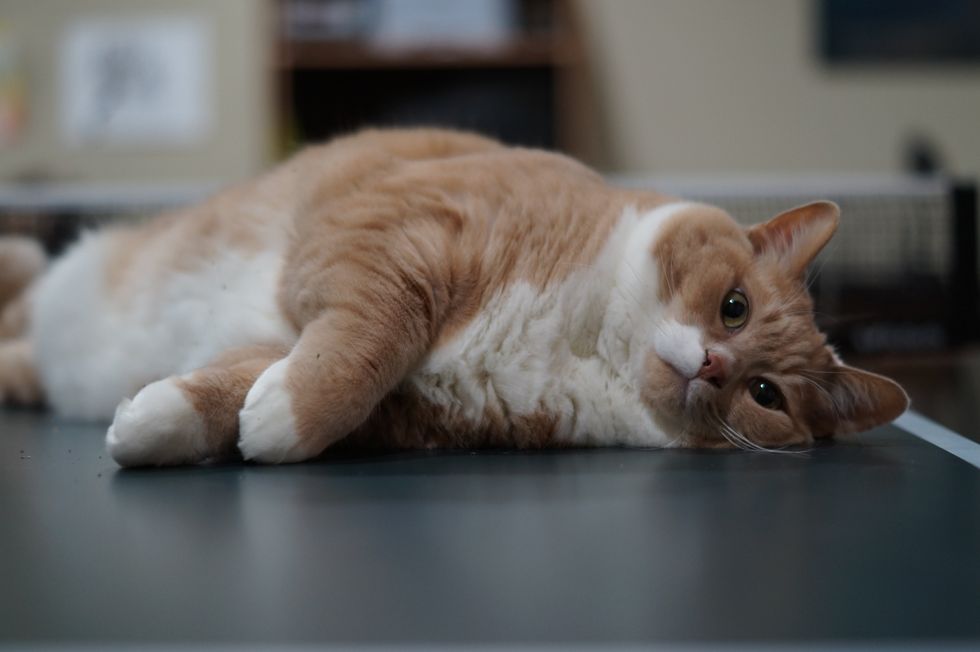 "I slowly decreased the amount of food I gave him and regulated his intake over the course of an entire year. Because I did it so gradually, he never really noticed or complained about it."

Once Kato got down to a healthy portion, Markus stuck to it. The kitty's weight continued to drop at a steady pace. 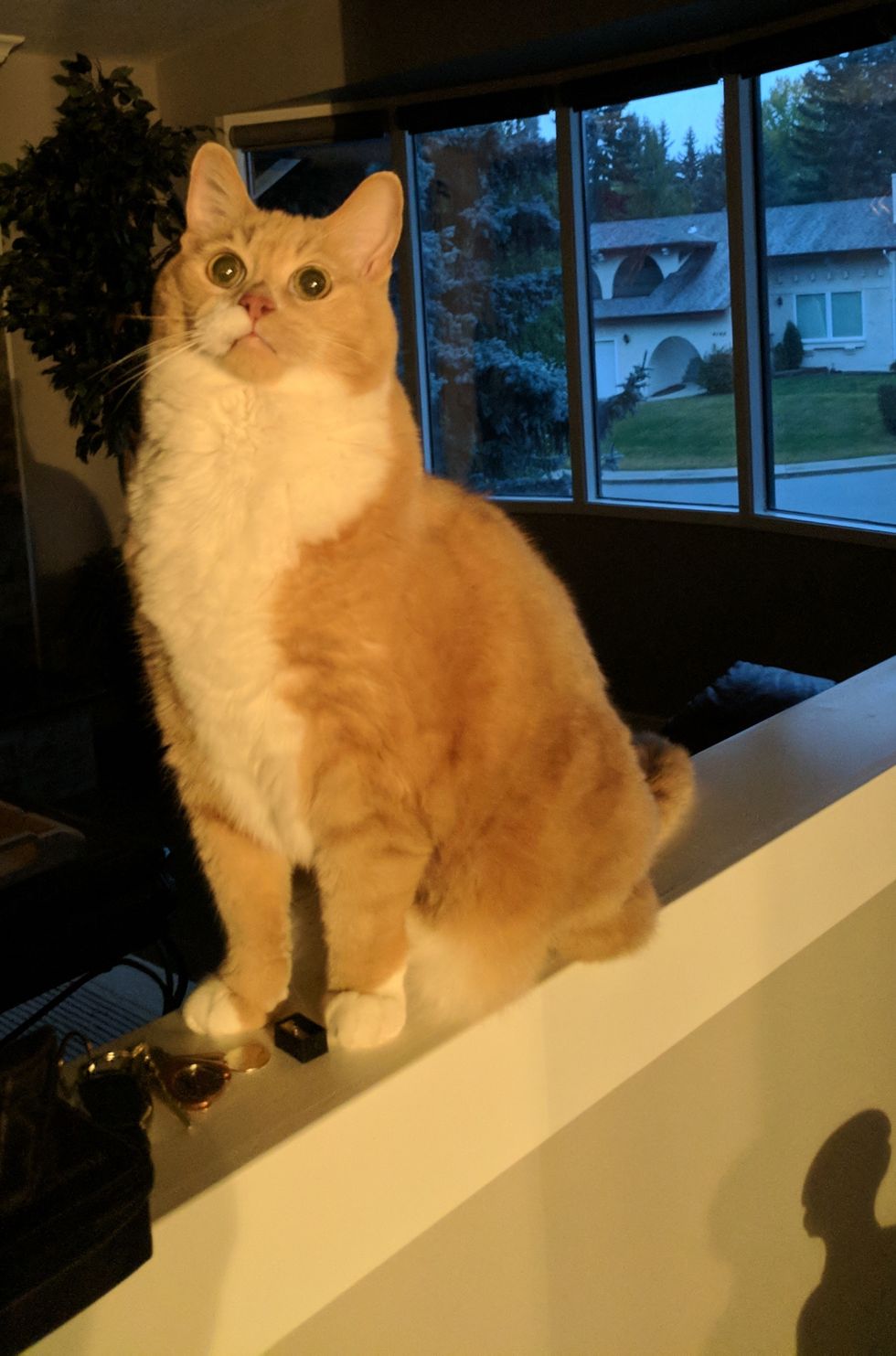 Kato is an indoor cat, so exercise was not a huge factor. Markus simply used regular cat food and correct portions. "That's how he got to where he is today, at a healthy 9.7 pounds," Markus said.

The ginger boy has lost 11.6 pounds since they started his weight loss journey in late 2015. 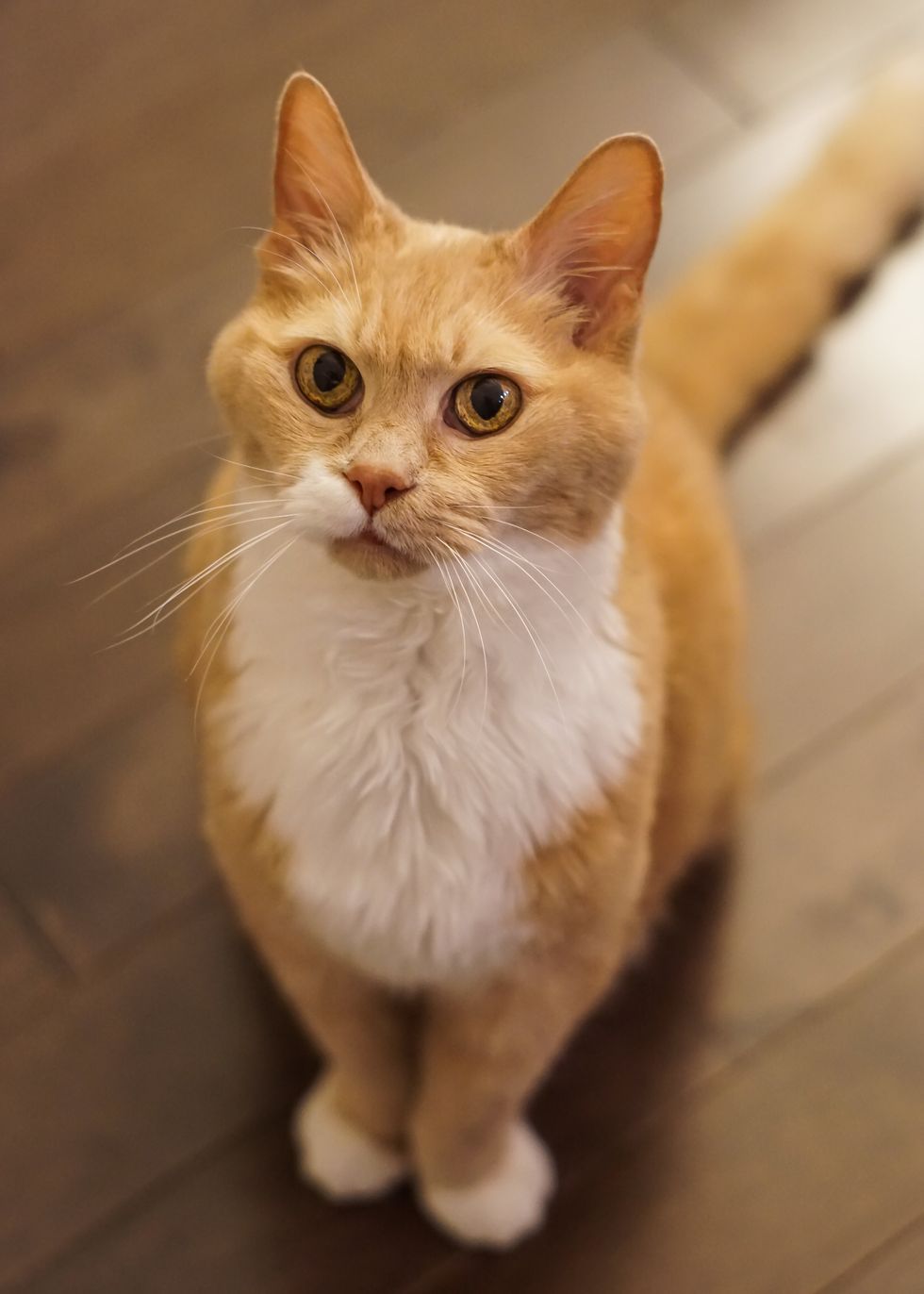 "Kato has been such a huge part of my life and he continues to be a great kitty to this day," Markus told Love Meow.

"Seeing him lose more than half his weight sure does make me feel good about myself as he is a much happier and healthier cat now." 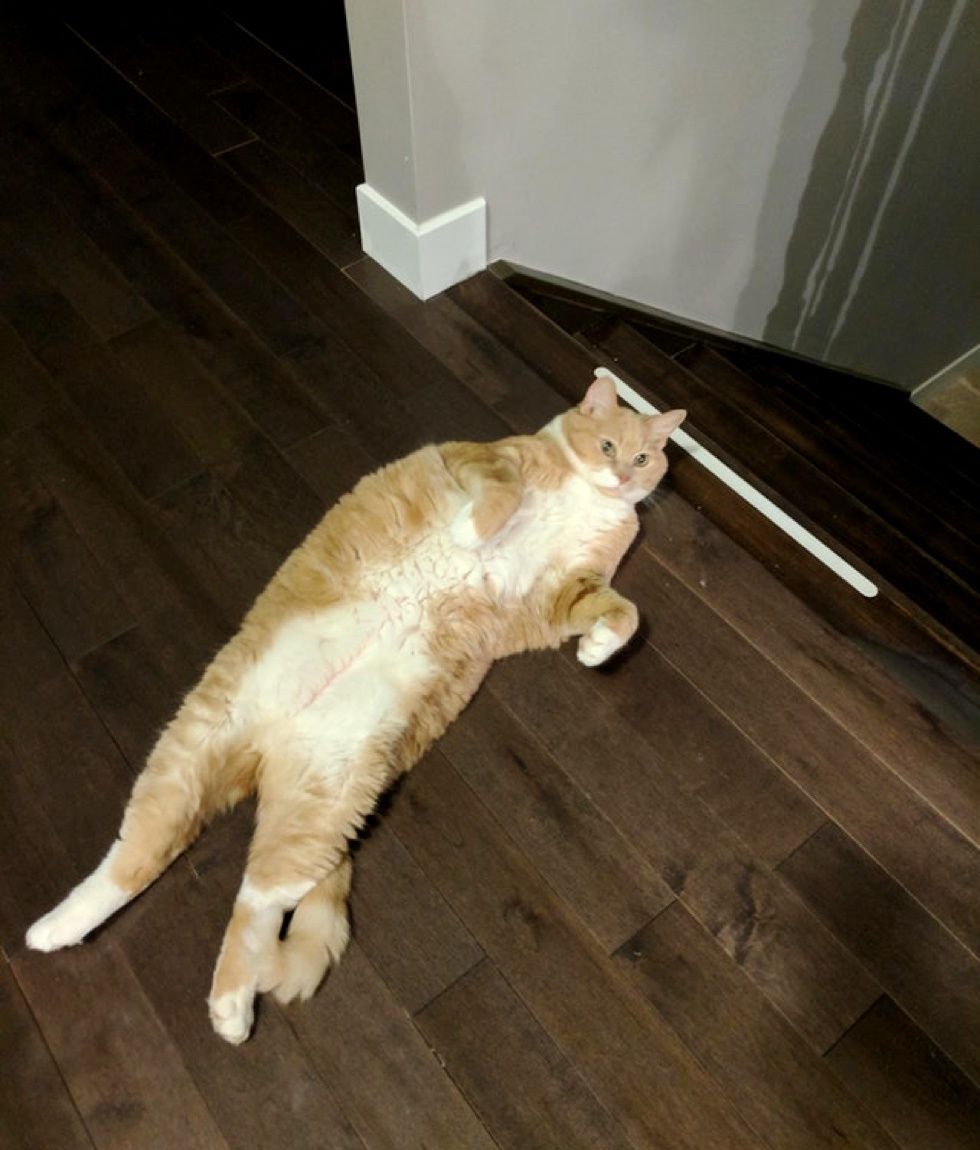 "I'm very glad that Kato decided to meow on my driveway that day...," Markus said. 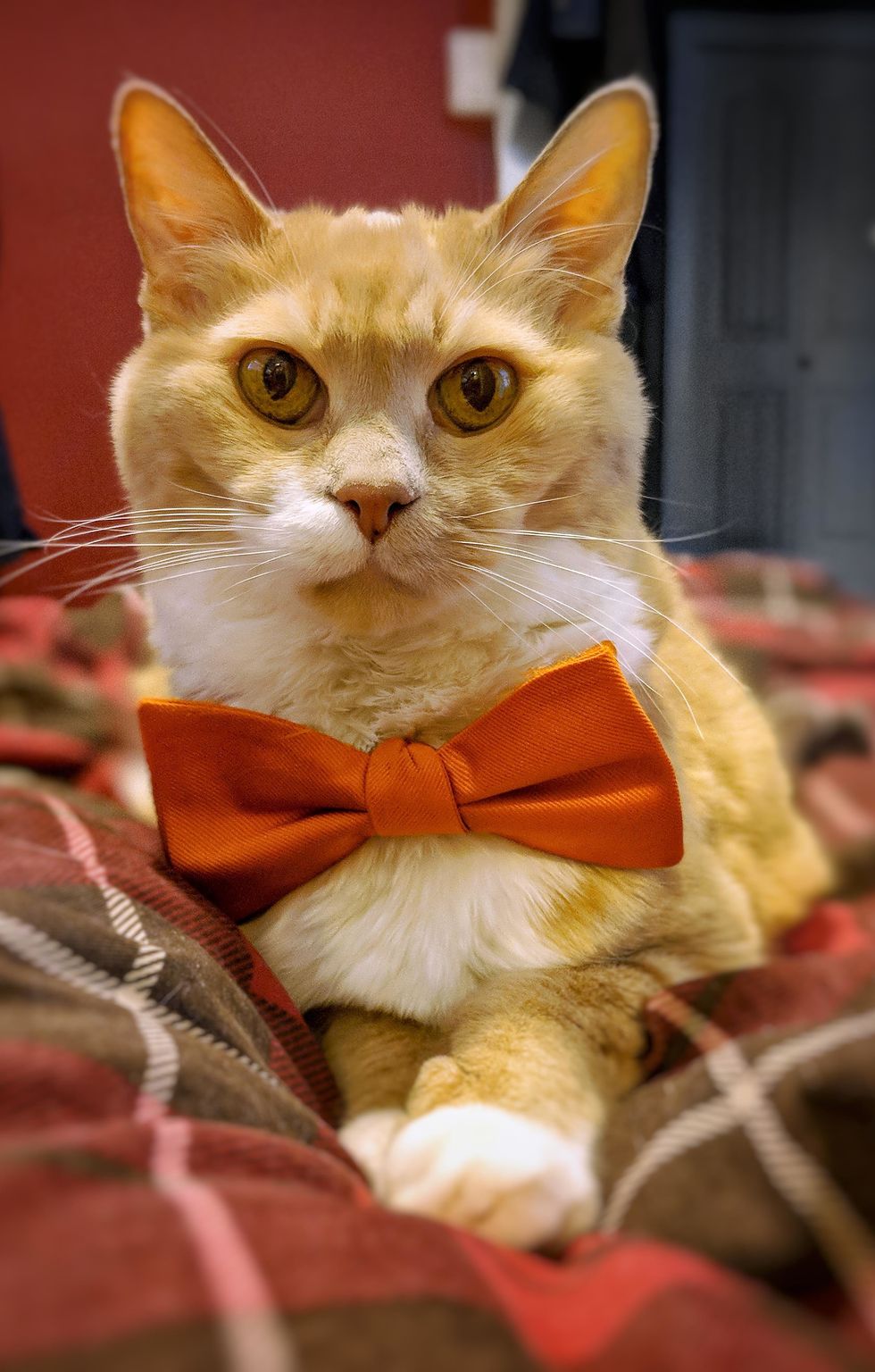 Before and after pictures! 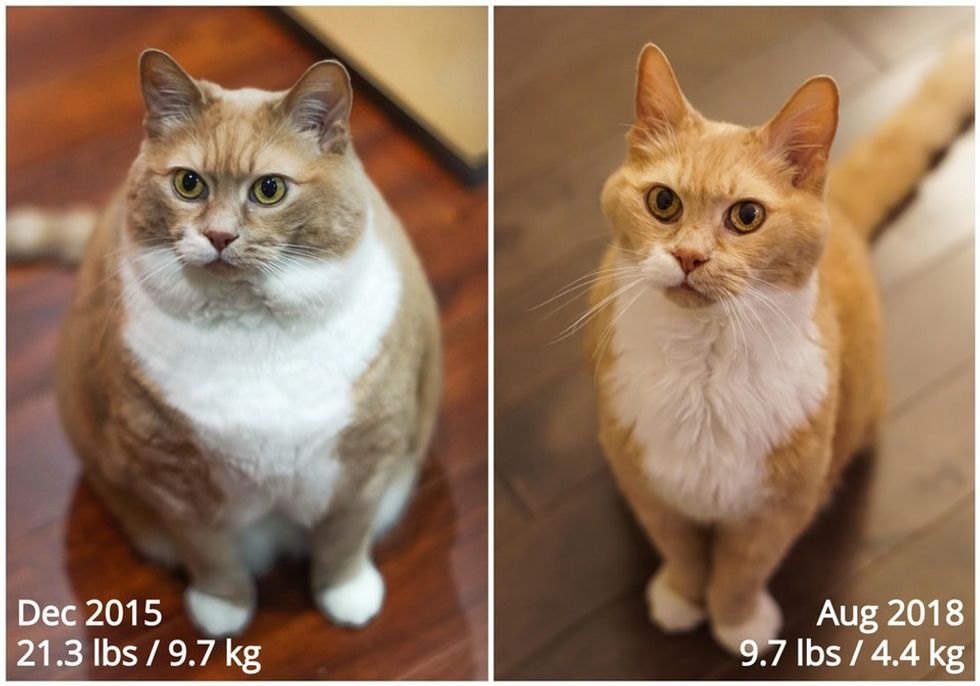