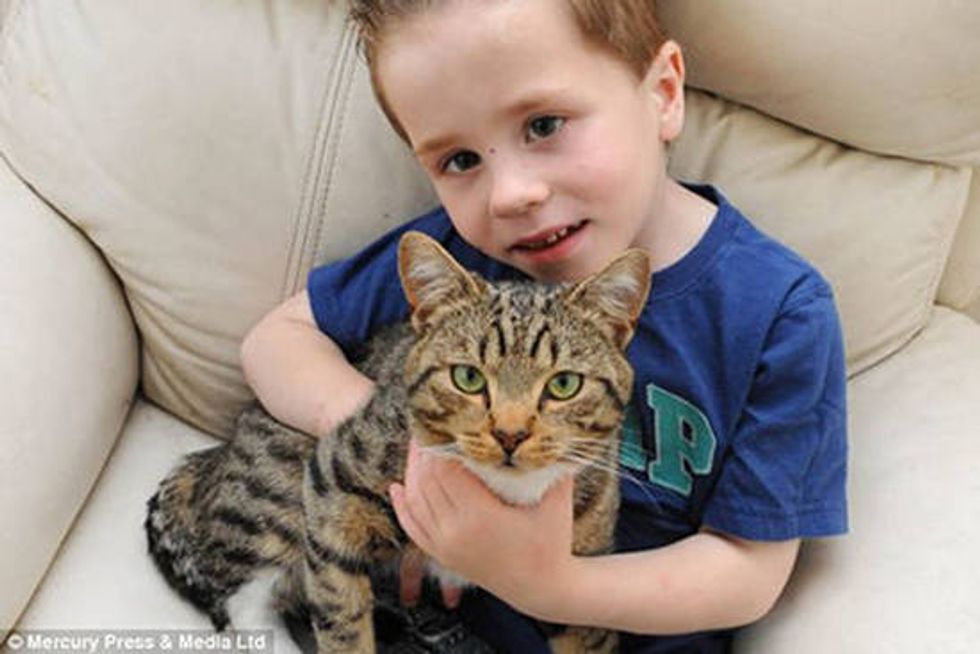 A heroic tabby cat, Smudge, ran to rescue his 5 year old human Ethan Fenton from bullies who pushed him to the ground.

When Ethan was playing soccer with his younger brother in the garden, a group of older boys walked over to their front gate.

“I heard them shout Ethan’s name twice but he ignored them and just put his head back down and kept playing with Ashton,” Mother Sharon Fenton said.

“But then they shouted him again and then one of the boys got in Ethan’s face and said ‘OI! Why are you ignoring me?’ and pushed him over. That’s when I rushed outside and saw Smudge fly out from under our car and jump on the boy’s chest.”

Smudge pounced on the tallest boy who then ran off in tears.

“He has slept outside his bedroom keeping guard ever since it happened. I actually feel so much safer knowing Smudge is around after seeing him defend him like that. He is a big part of the family and he is more of a brother to the boys than a cat.”

Smudge has been nominated for most ‘heroic’ in a national cat competition.

Ethan and his heroic cat Smudge who rescued him from bullies trying to pick a fight outside his home.