A pair of kittens was found outside of a building, braving the cold. The little torbie guarded her brother until help arrived. 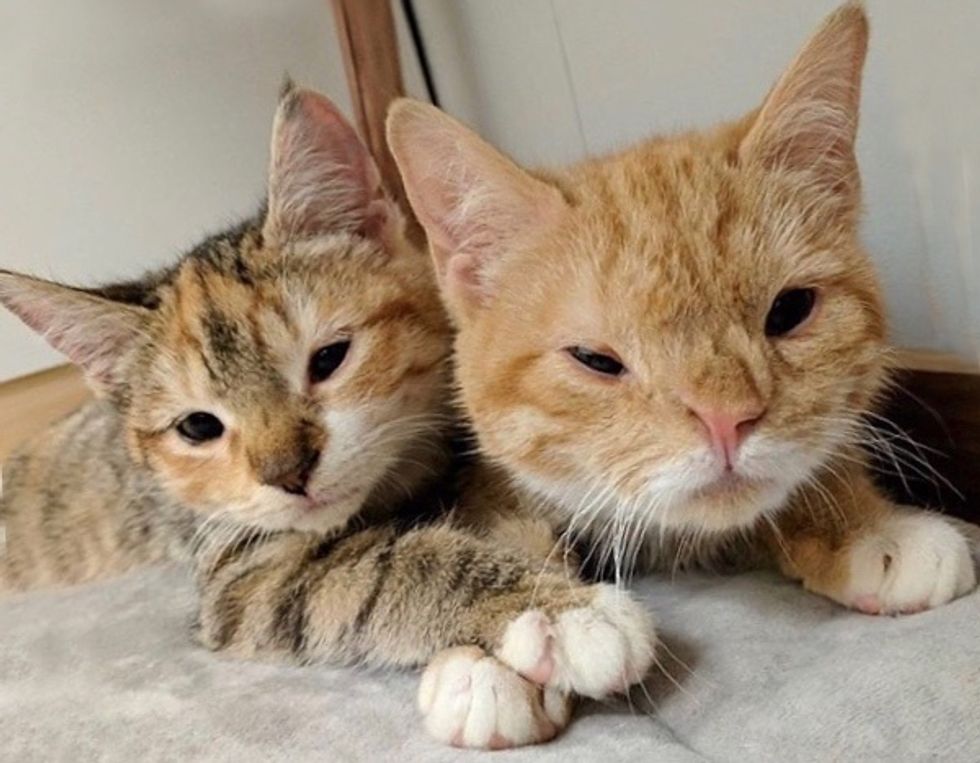 Two kittens were found huddled up outside on the street in Brooklyn, New York. Neighbors who had spotted them, contacted Infinite Hope Animal Rescue for help.

They were very timid and wouldn't move. With help from a TNR (trap-neuter-return) rescuer, they were able to get them to safety.

"It was after we caught them that we realized their faces look different," Infinite Hope told Love Meow. "The vet who examined them, said that it is a chromosomal abnormality — a feline version of Down Syndrome."

The orange kitty also came with a condition called entropion, where the eyelid rolls inward against the eye. He was very shy and constantly clung to his sister for comfort and reassurance. 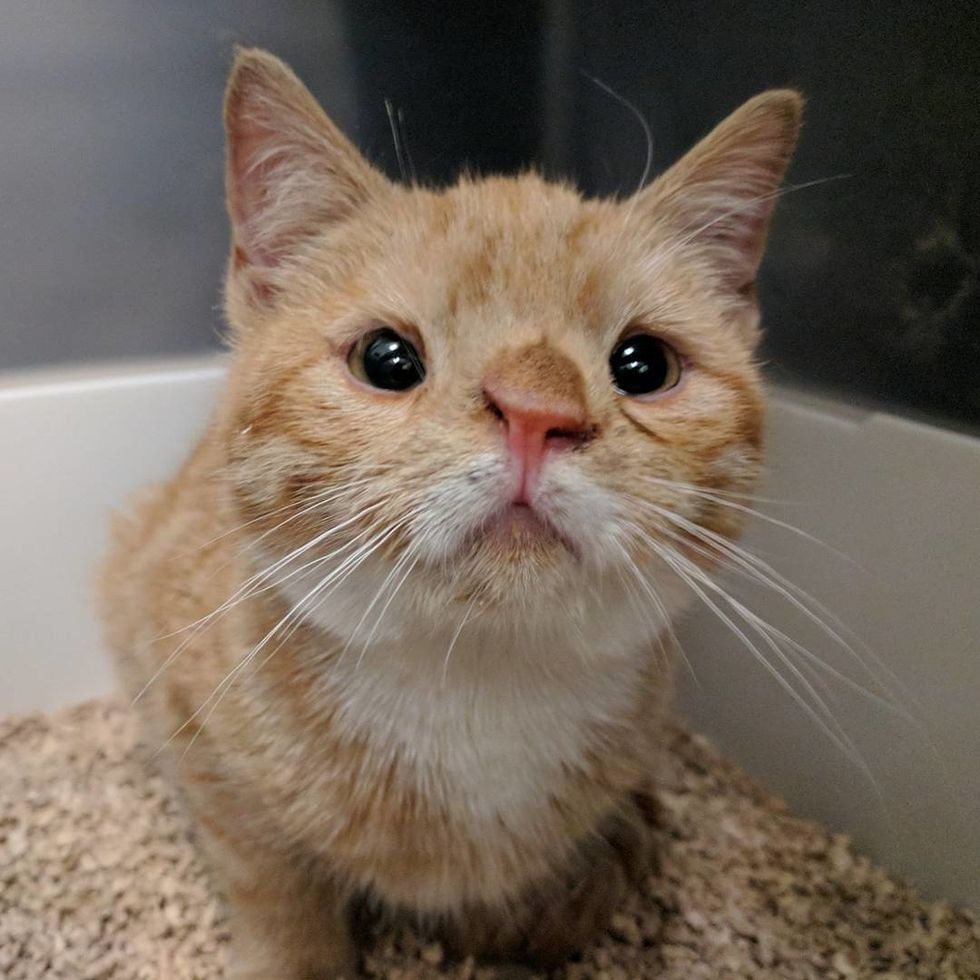 The torbie girl, the braver of the two, showered him with cuddles. "He was a little more timid with people, and was definitely comforted by being with his sister."

The orange tabby later received eye surgery to help curb pain and infections. He was nursed back to health by his foster mom, and his loyal sister never left his side during recovery. 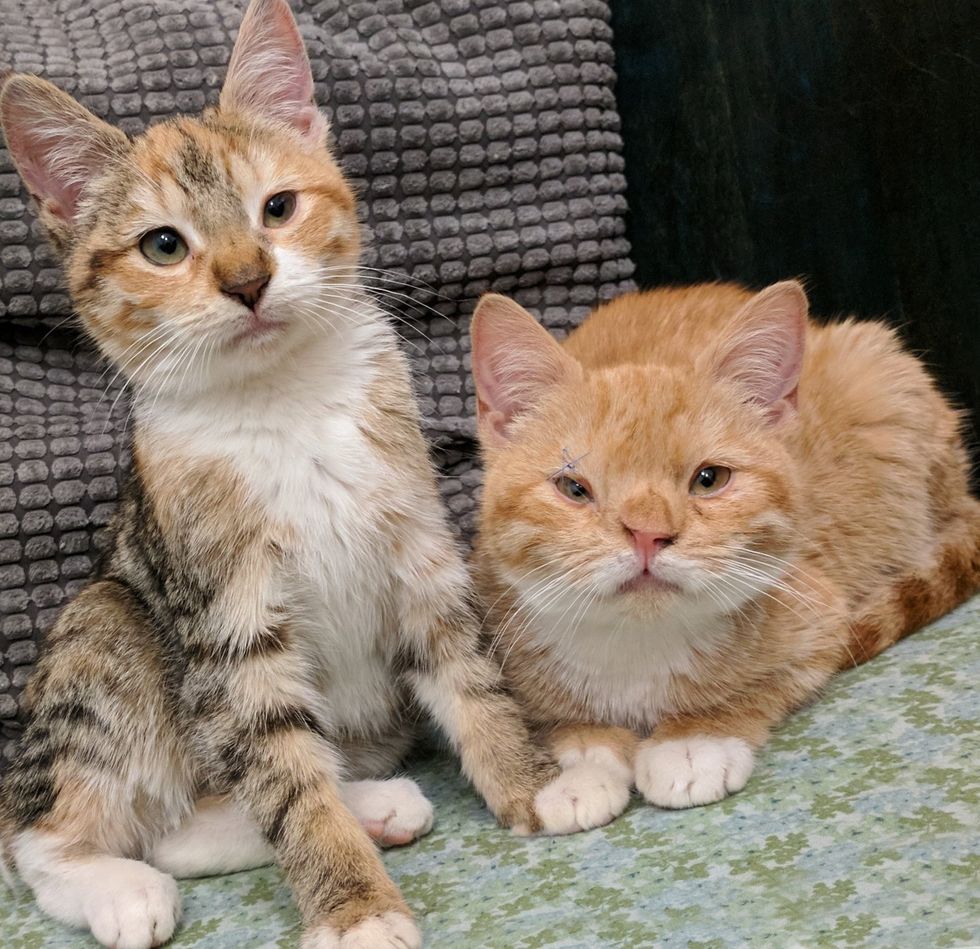 Around that time, Michelle Parson was browsing Petfinder when she came across the two feline siblings. She had just lost her beloved cat, Buttons, of 15 years, and wasn't ready to adopt another cat. But once she laid eyes on the kittens, she couldn't stop thinking about them.

A few weeks later, she checked up on them and was surprised to see they were still waiting for a home. Her son saw the orange tabby and decided to name him "Auggie" after the boy from the movie "Wonder," and Michelle immediately thought of "Calliope" for the torbie. 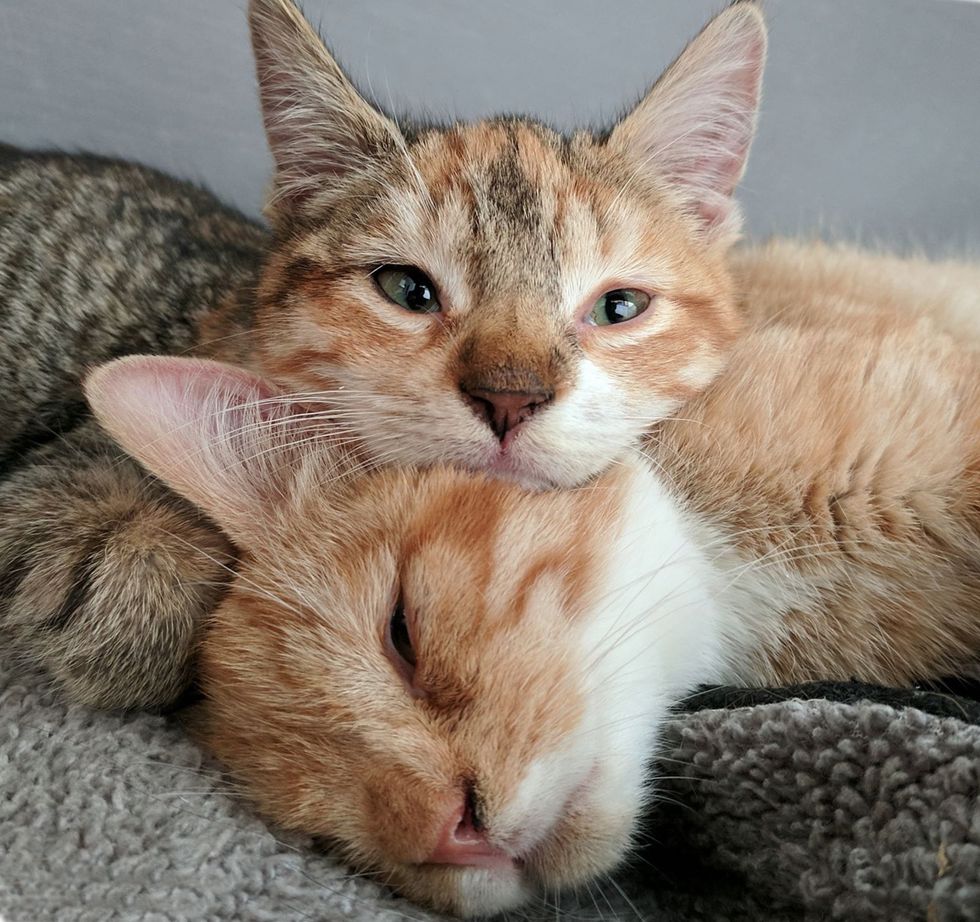 "I figured, since we had named them, I had to try at least to get them," Michelle told Love Meow. "I researched and found a few other cats that had the same condition, and realized they had a great quality of life."

After reading about their rescue story and just how bonded they are, it made them fall in love with the two even more. "I wanted to give them a loving home, so I sent in the application. It was the best choice we ever made." 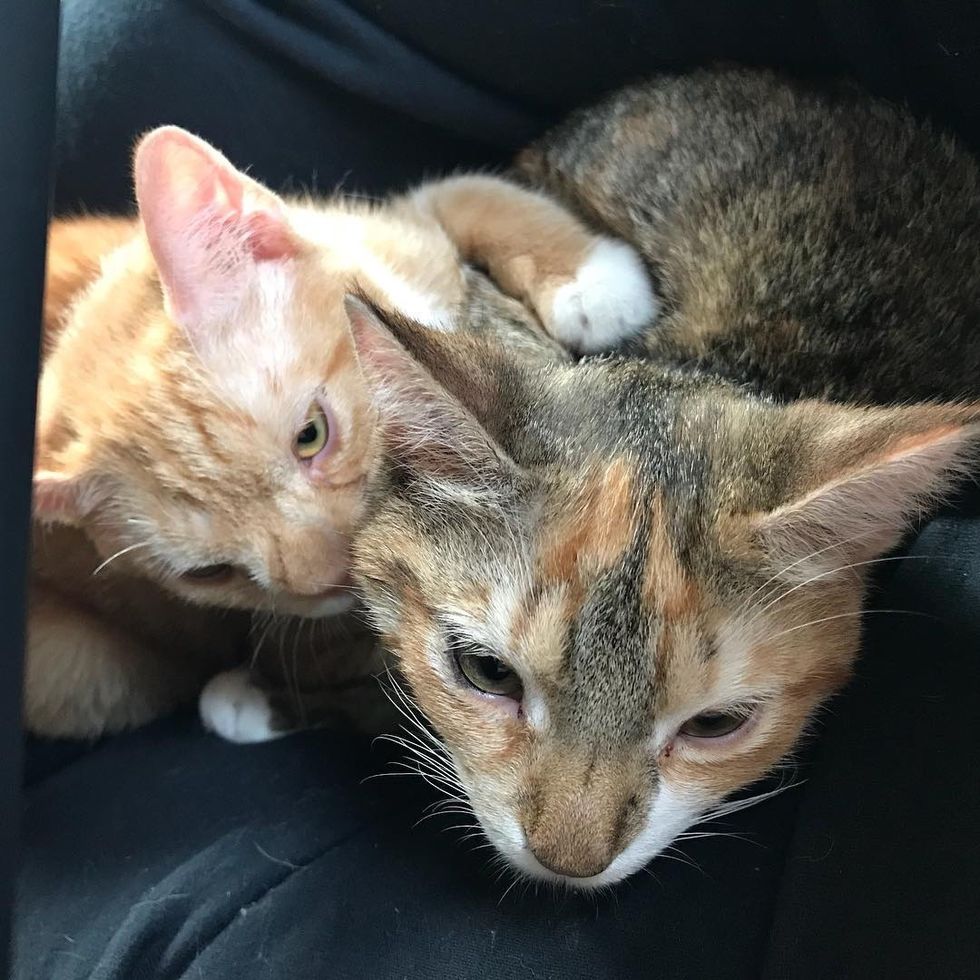 A week later, they welcomed the feline siblings into their new abode.

The kittens were very shy and confused at first, hiding under a bed for quite some time. "I can tell Calliope probably told Auggie to hold back, and she would check everything out first," Michelle shared with Love Meow. 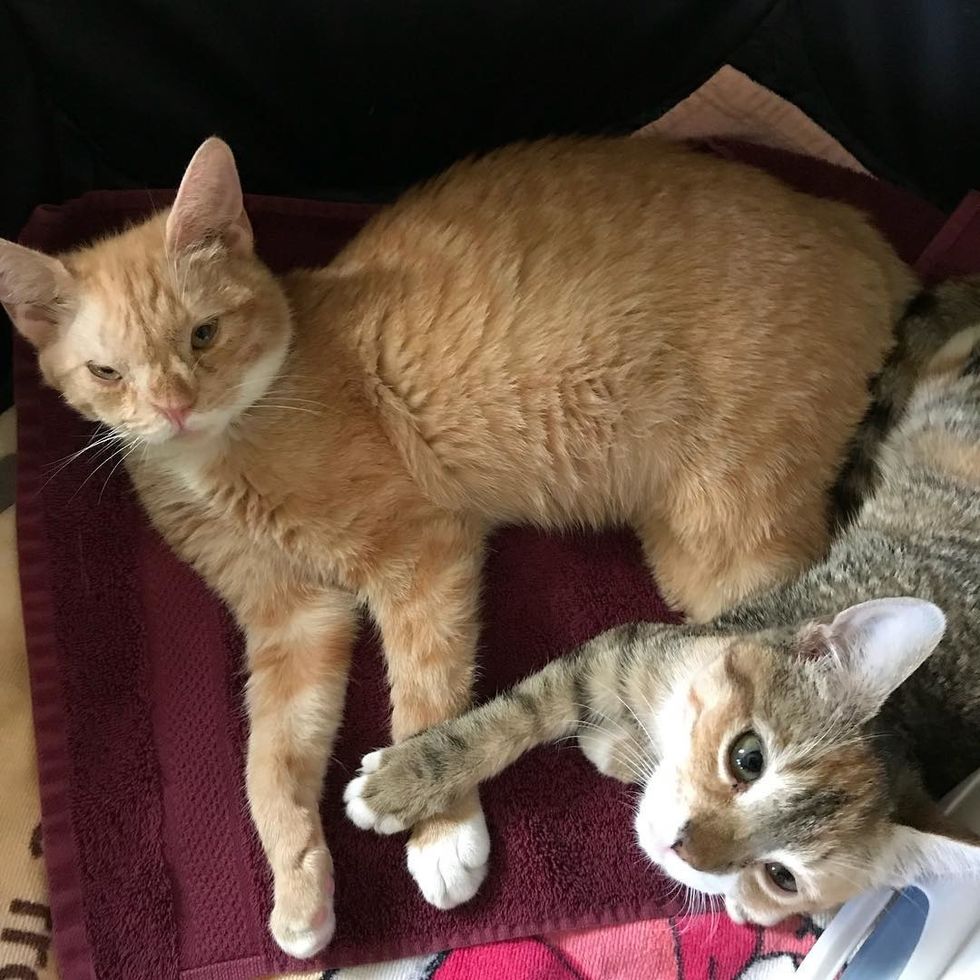 "When they finally started to come around, they spent a lot of time together. They were barely far from each other. If one went into a room, the other was close to follow."

Over the next few months, the brother and sister duo really blossomed. They came out of their shells and took charge of their house.

Auggie is no longer that timid little kitten they once discovered, and is now a confident and playful cat. 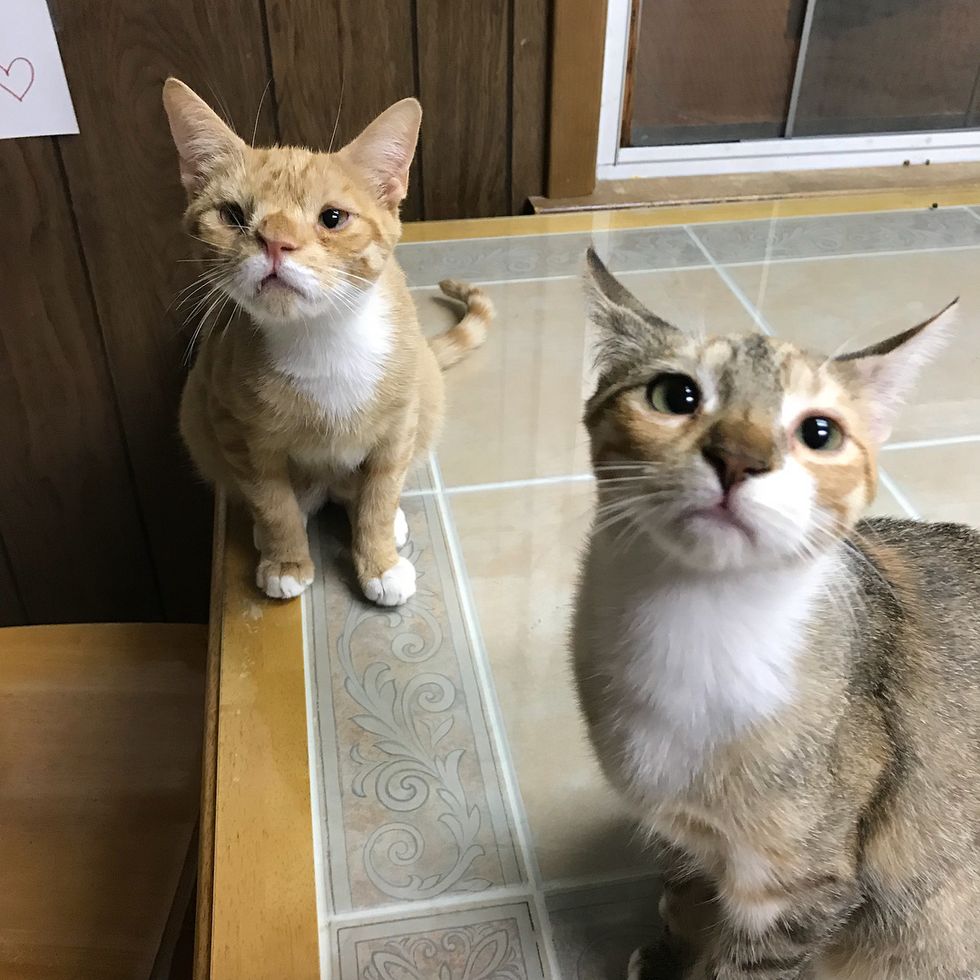 When the brother is not running around the house, creating antics, he is sitting by the window with his sister, enjoying Cat TV together.

"They love their toys and doing neighborhood watch. They chirp at the birds outside and love to nap in the sun," Michelle said. 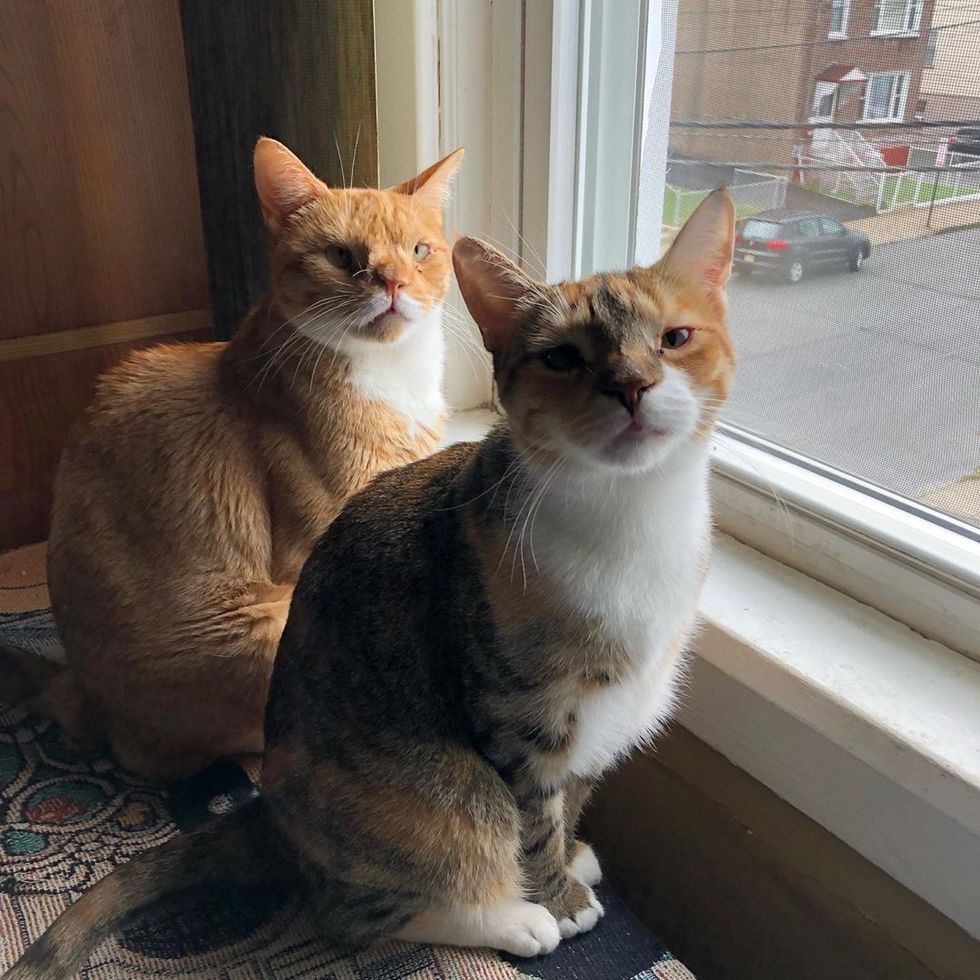 The resident dog Dexter adores them, and shares his beds with them.

"They love to bother their (canine) brother. They are forever trying to get him to play." 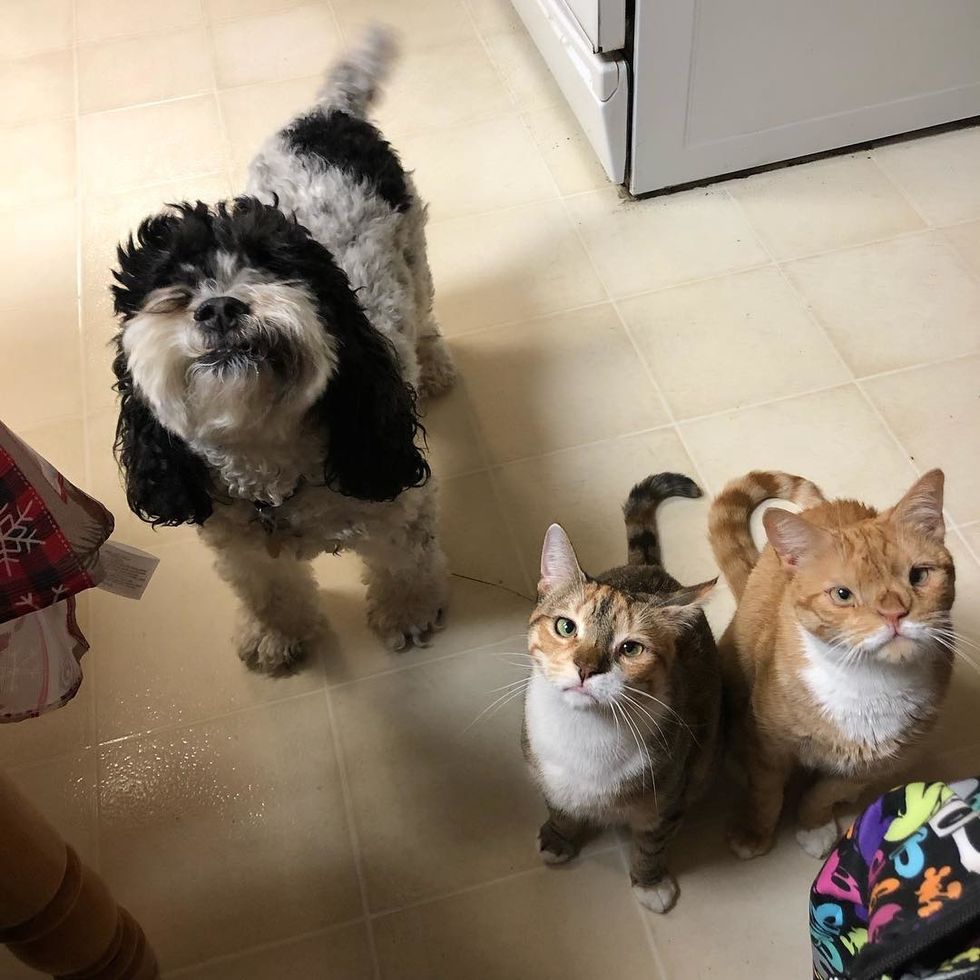 "Auggie loves to steal sponges and Calliope likes to silently judge you through narrow eyes."

Calliope is like a big sister to Auggie, always making sure his face is kept immaculate and that she will be there for him whenever he needs a cuddle. 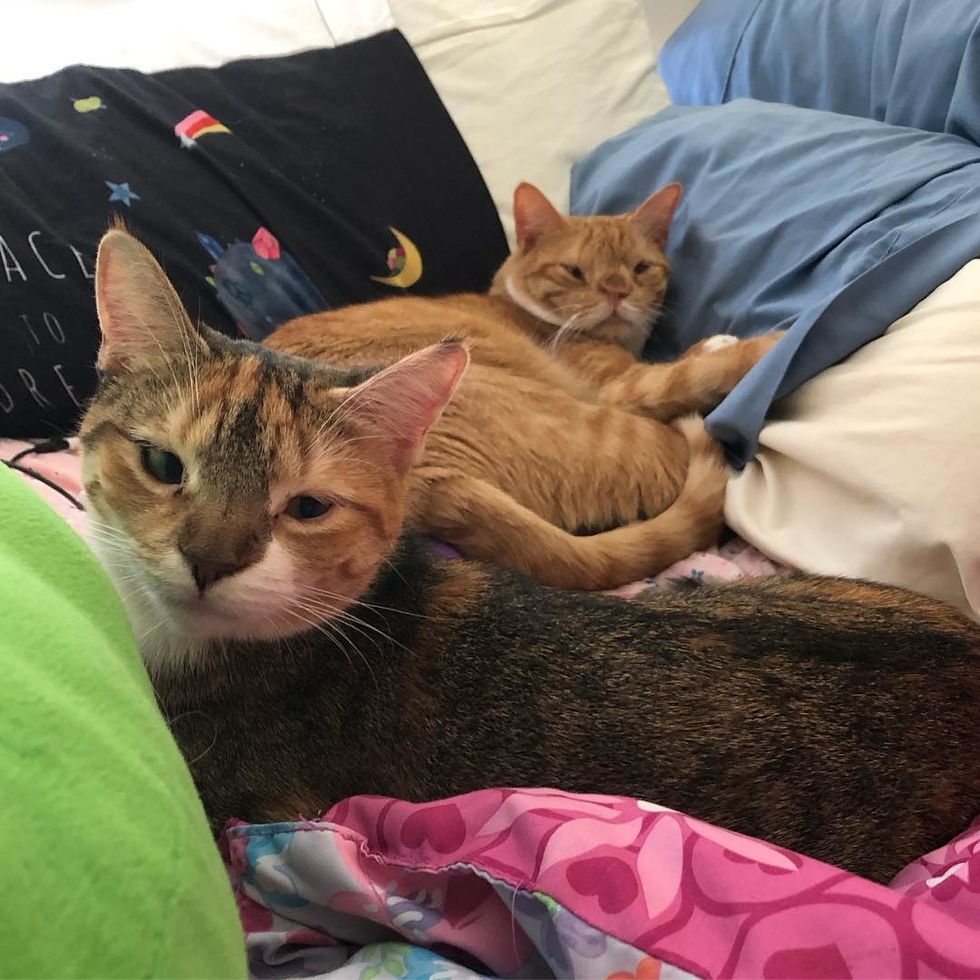 Michelle wasn't planning to adopt a new cat at the time, but these two kitties found their way into her home.

"We needed them and are so happy to have been picked to be their forever home. They don't go a day without hugs and kisses." 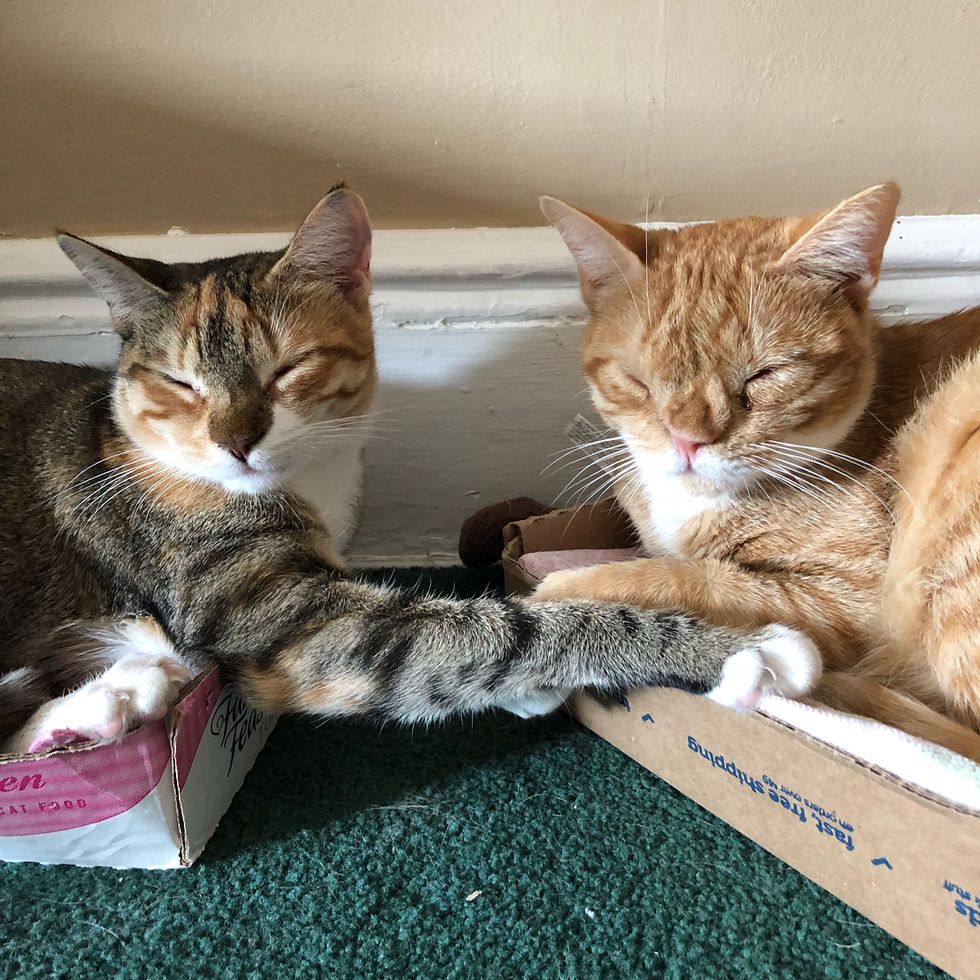