Ferby the kitten who was born with just two paws, clings to his sister everywhere she goes. 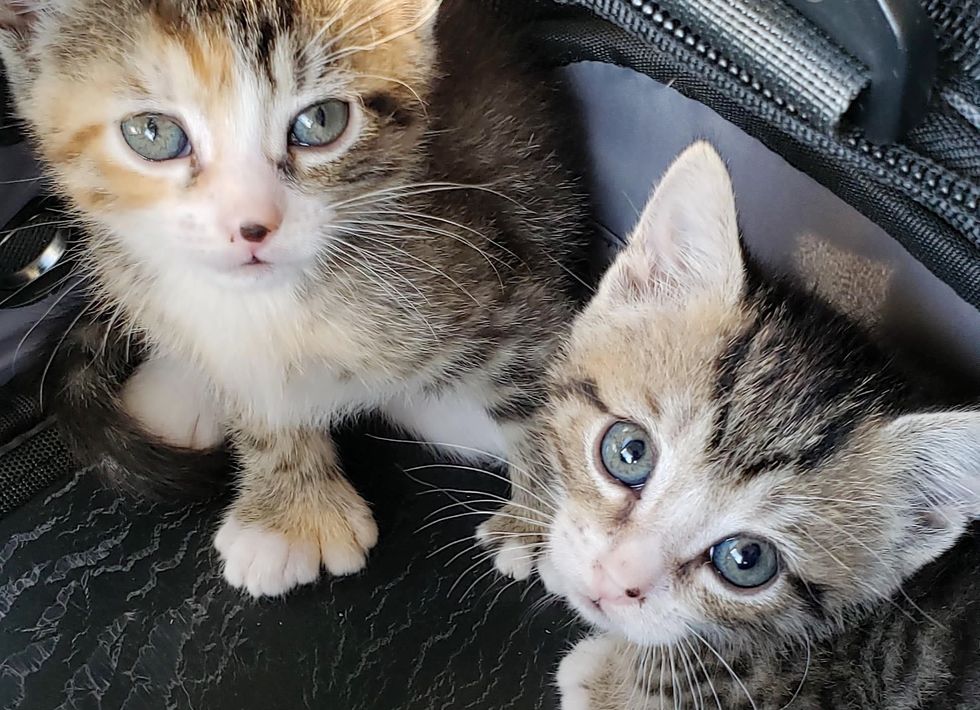 Early November, a kind-hearted woman found two kittens from an online listing, that needed rescue. She got them to safety and brought them home before it was too late.

She then reached out to The Odd Cats Sanctuary in Salem, Massachusetts and asked if they could help. Tara Kay, founder of the sanctuary, took them in without hesitation.

Ferby, the brother, has only two front paws, and his sister Monroe is a tripod — both of their front mittens are equipped with extra digits. 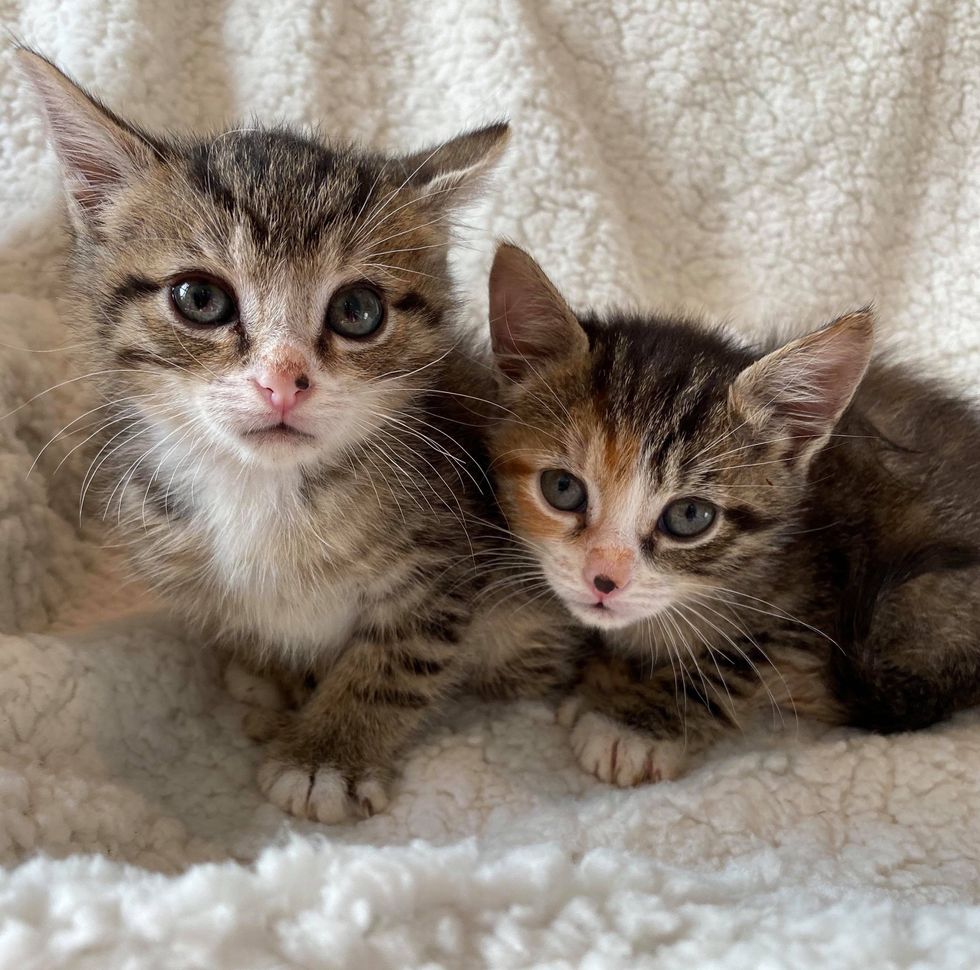 "Both kittens were born with extra toes and missing feet," Tara shared with Love Meow. "When they first arrived, they were very nervous and confused."

Ferby huddled up to his sister and wouldn't leave her side. Monroe, the braver of the two, kept him comforted while they were settling into their new abode. 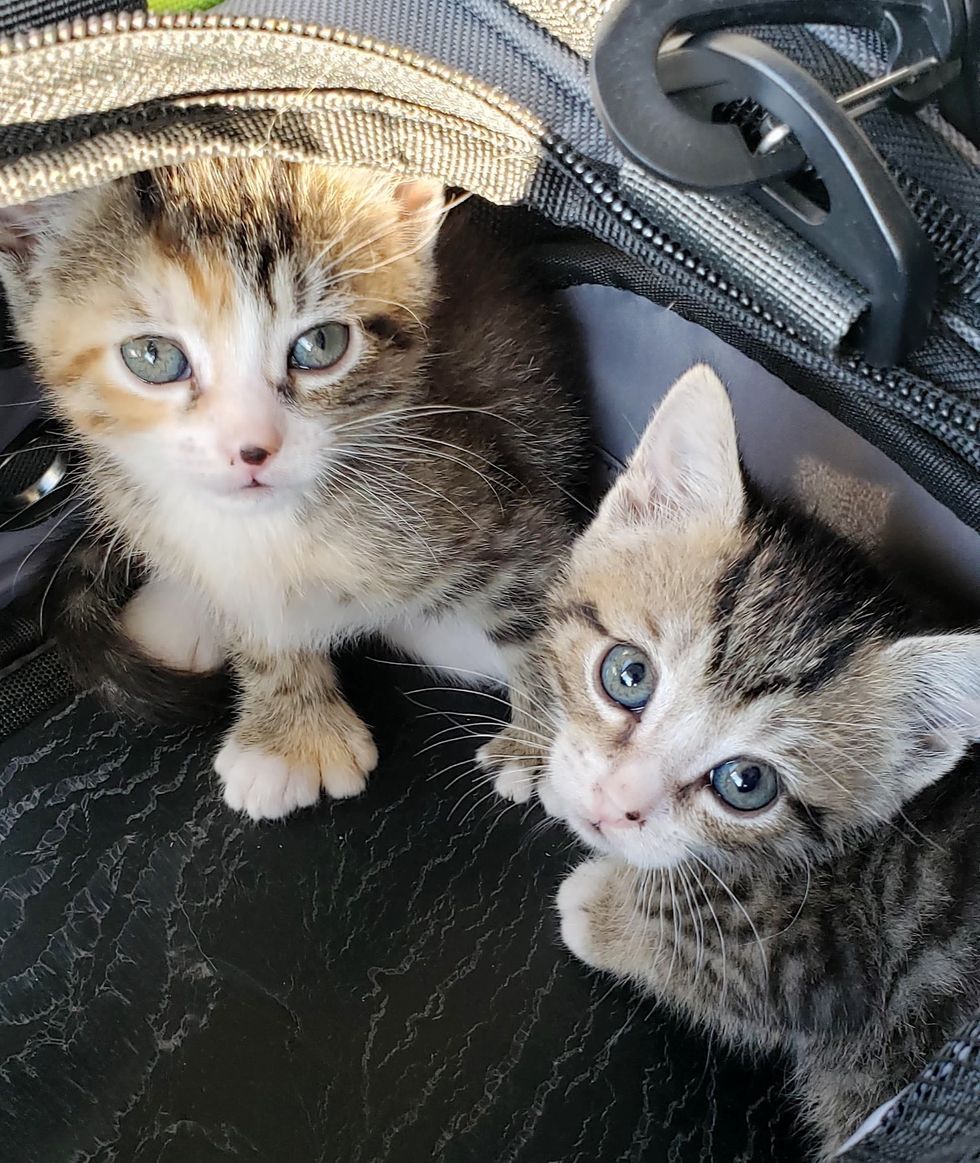 After several hearty meals and experiencing the luxury of comfort, they decided to venture out of their safe zone, together. Once Monroe took the lead and came out of her shell, little Ferby followed suit.

"Now they run around all the time and love to play and snuggle together. They are completely inseparable." 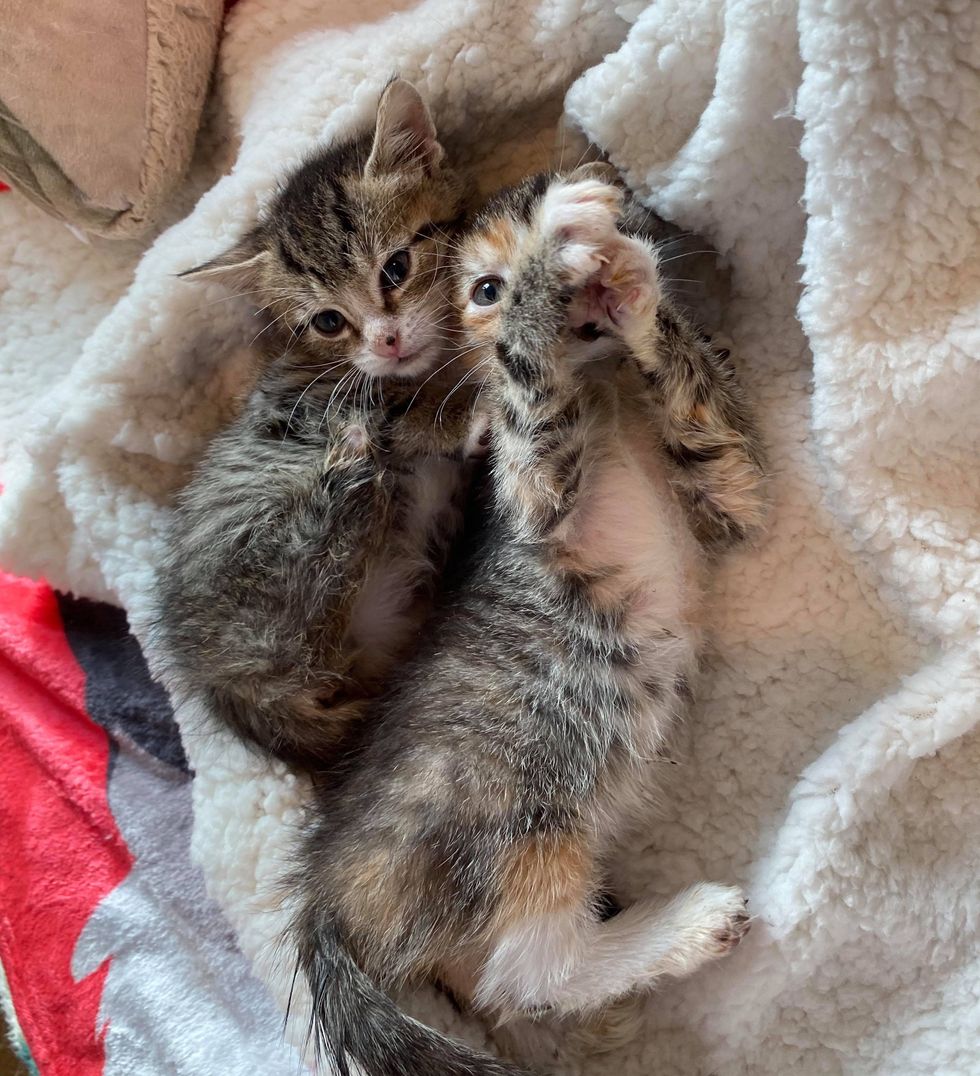 Despite missing a paw or two, they can do most things just like any other kitties — they don't let anything slow them down.

Ferby the rambunctious brother scampers around the room with his two front paws like a pro. The two siblings never cease to amaze people with what they can do. 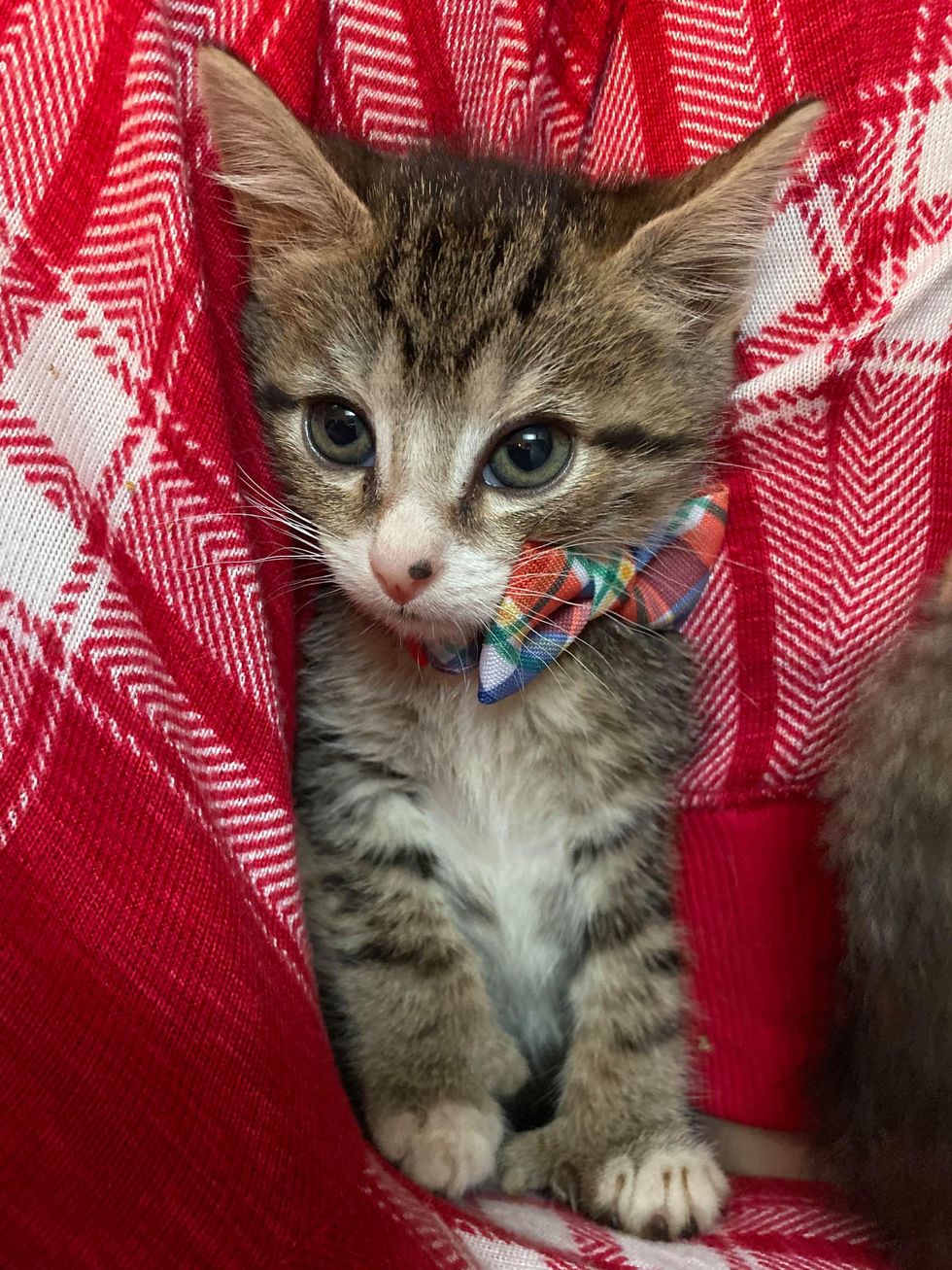 "They do everything together and sleep intertwined. Monroe is fearless and walks up to anyone and asks to be snuggled and loved," Tara told Love Meow.

"Ferby is also a cuddle-bug and very curious. He looks for Monroe to lead, and tries to copy everything she does." 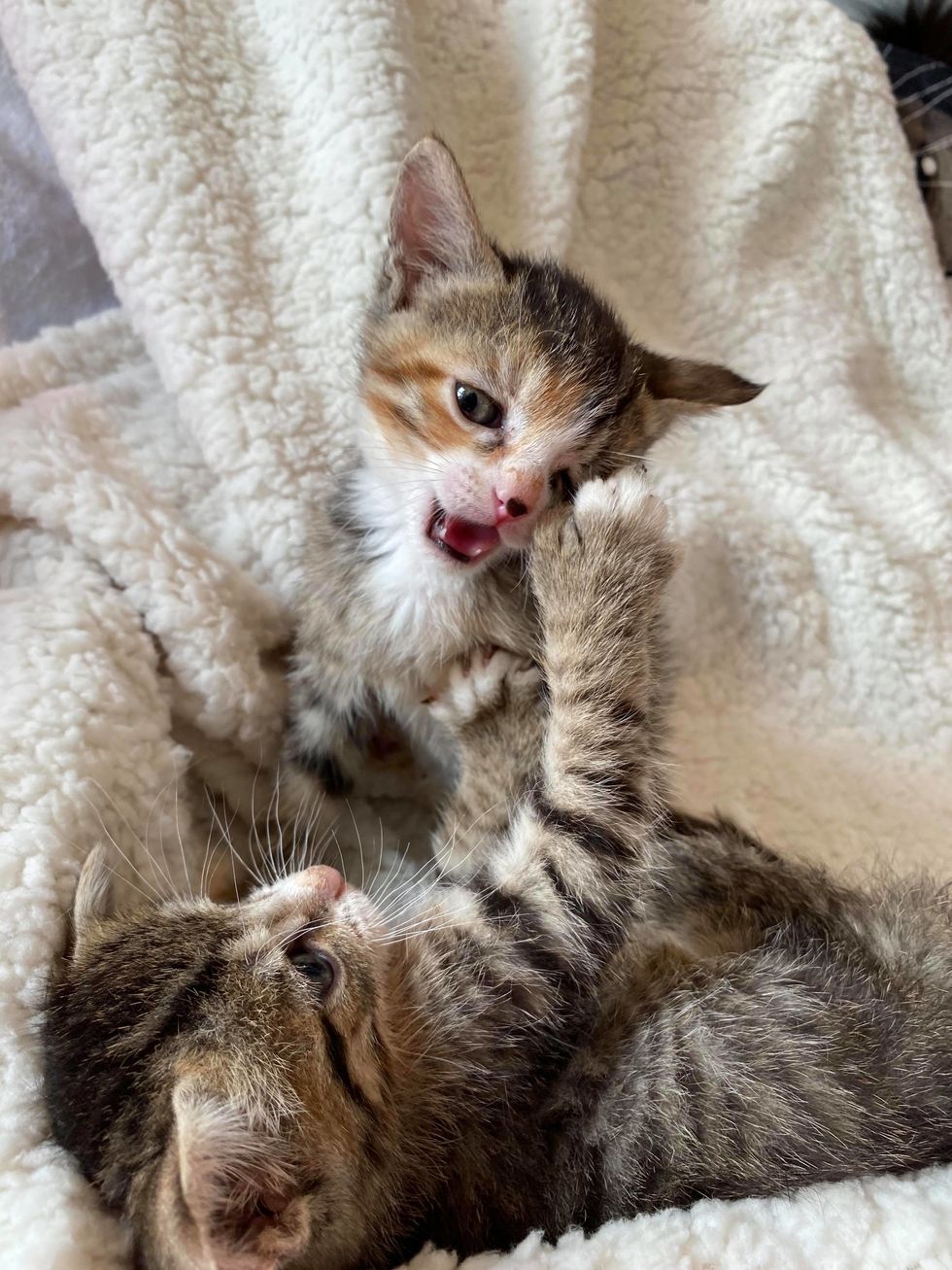 The sister looks out for her little brother, making sure he's never alone, and Ferby looks up to her and follows in her paw-steps. 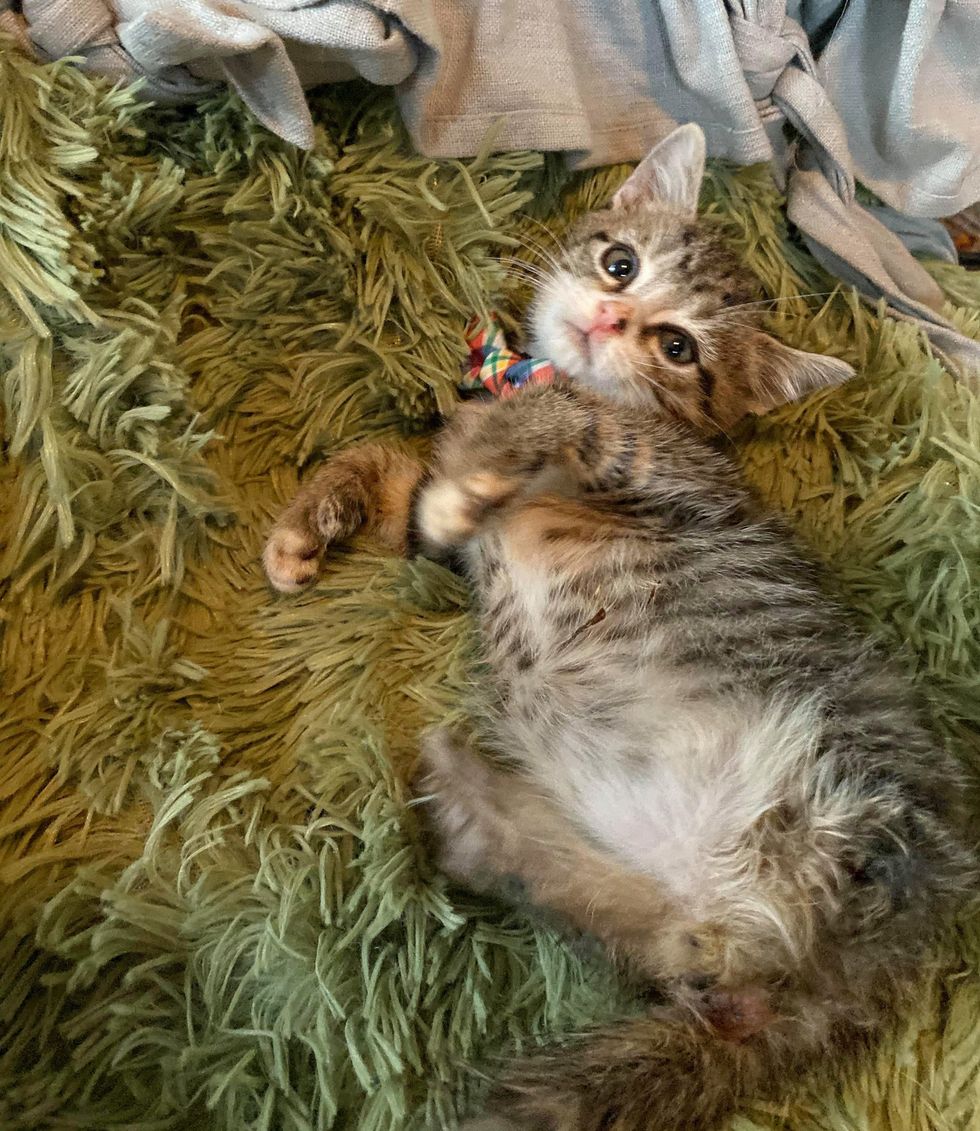 When they are old enough, the two will be looking for a forever home together, a family that will love them to bits. 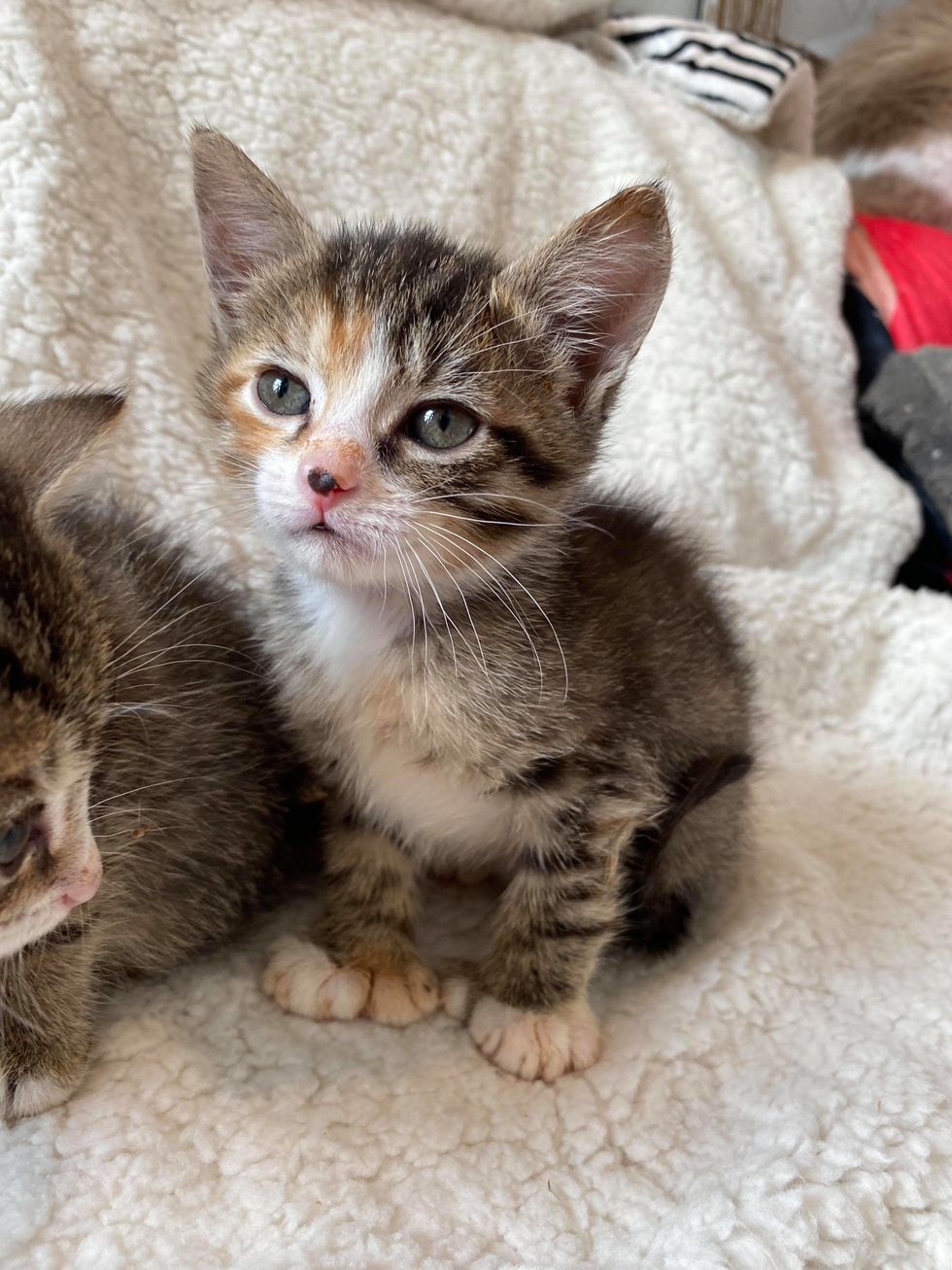 As for now, they are busy creating antics around the house, honing their kitty skills and learning how to cat. 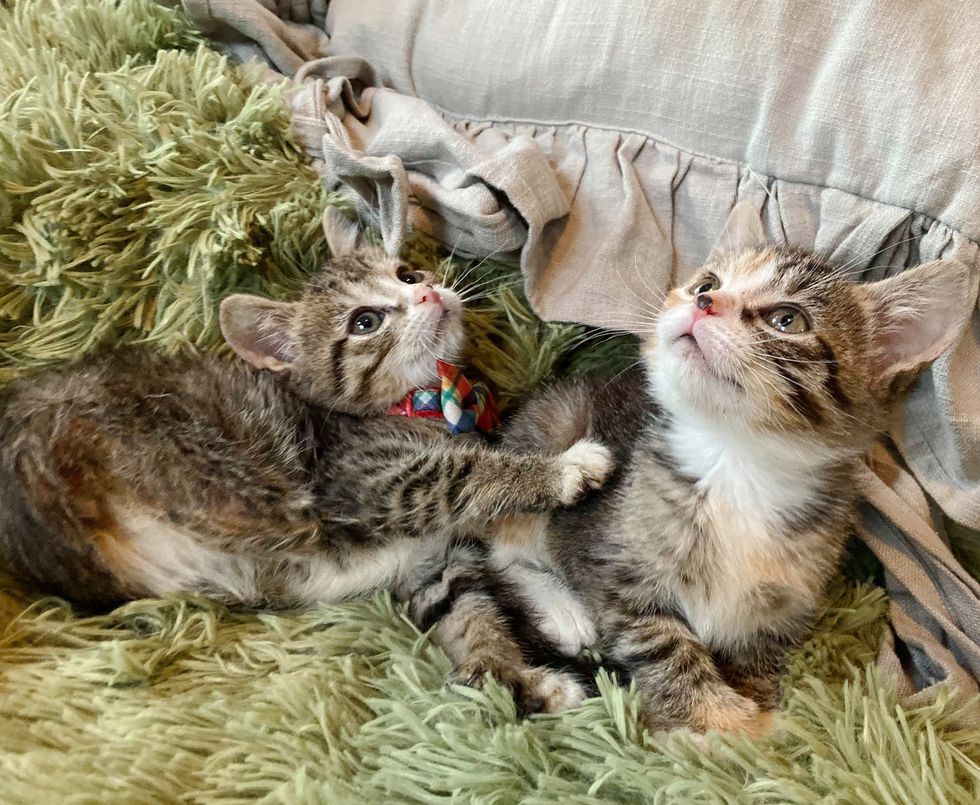 Related story: Kitten with Extra Toes Transforms into Gorgeous Cat After He was Rescued from Uncertain Fate