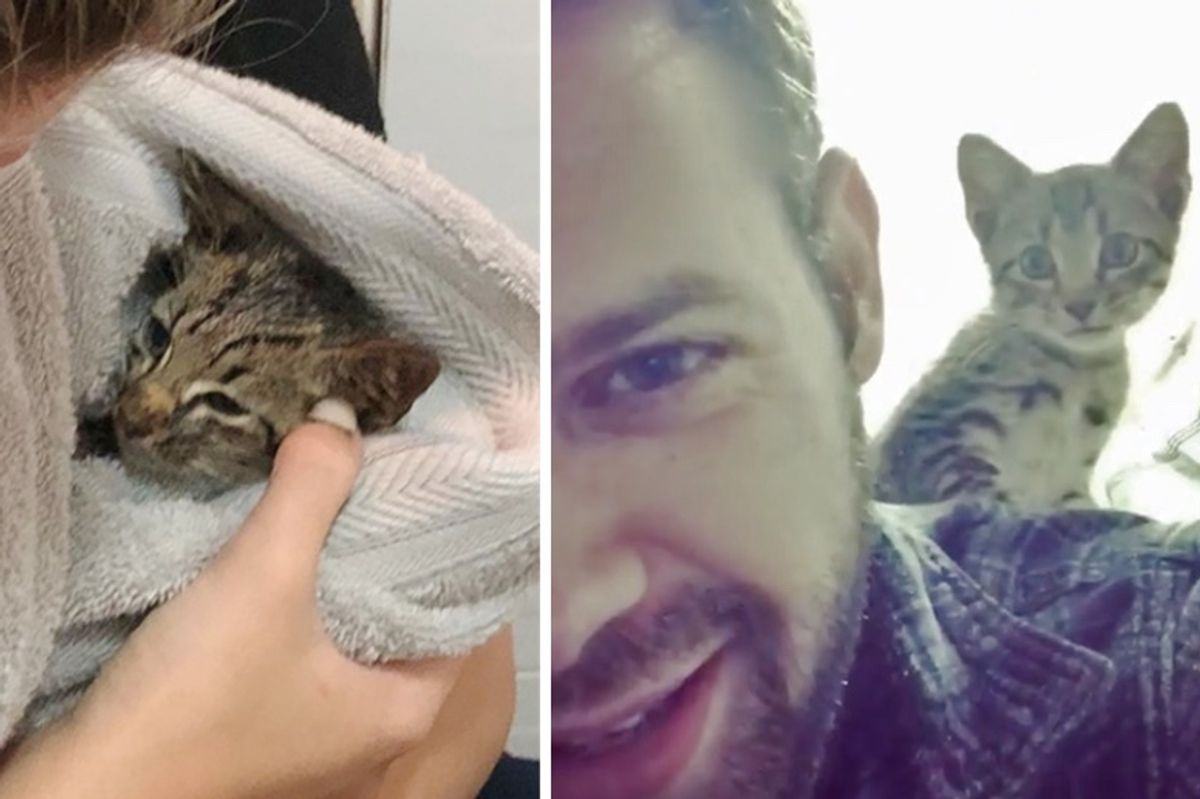 Kitten Found Crawling on Sidewalk, Has His Life Turned Around and Won't Stop Purring

A kitten was found desperately looking for food on the sidewalk in Crown Heights, Brooklyn, New York.

Good Samaritans saw the kitten and couldn't leave him there to fend for himself. 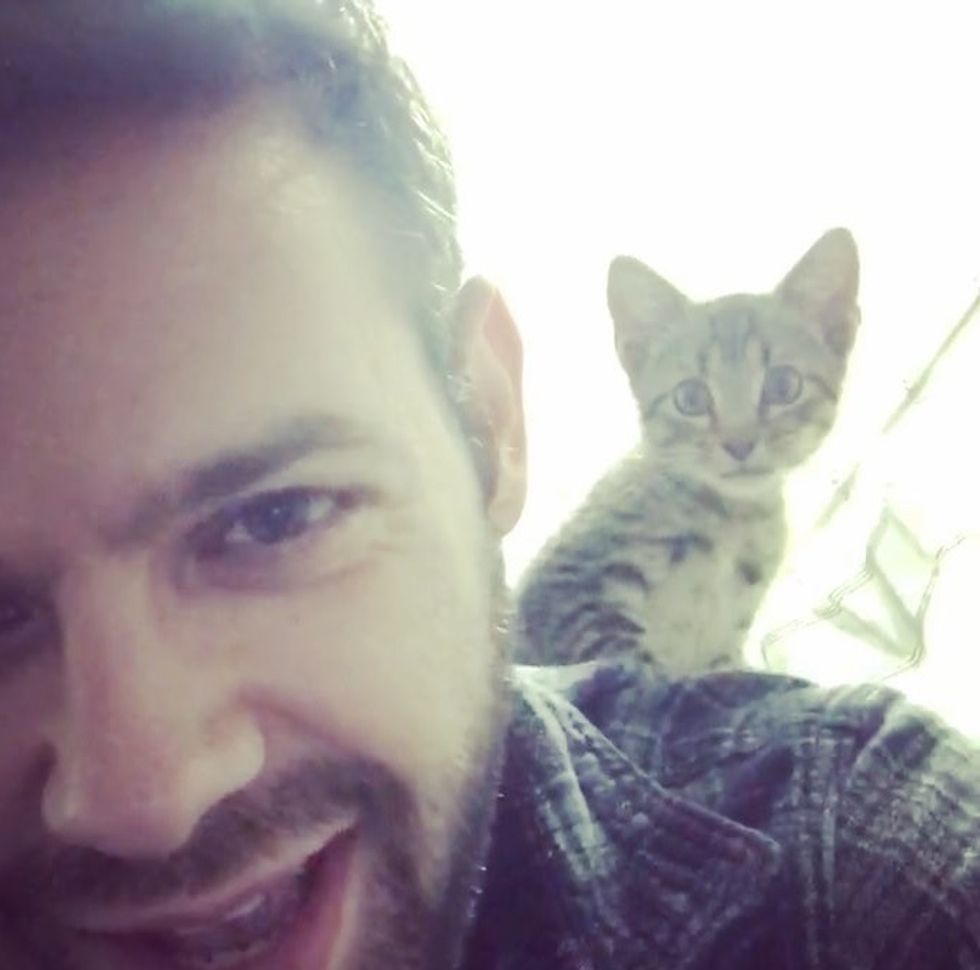 About three weeks ago, Sara Zoe, her boyfriend Ed, and her friend Maureen spotted the kitten and worked together to save him. "He was so desperate for food that he was digging his paw in a plastic bag, trying to find some scraps," Sara said.

The kitten was just skin and bones and didn't have any strength to run away. After getting a towel and some cat food, Maureen gently swept him up with the towel and they were on their way home.

"I'm so grateful we caught him in his darkest hour because he wasn't about to last much longer. We noticed swelling on the right side of his mouth and saw how much damage this poor kitten had gone through." 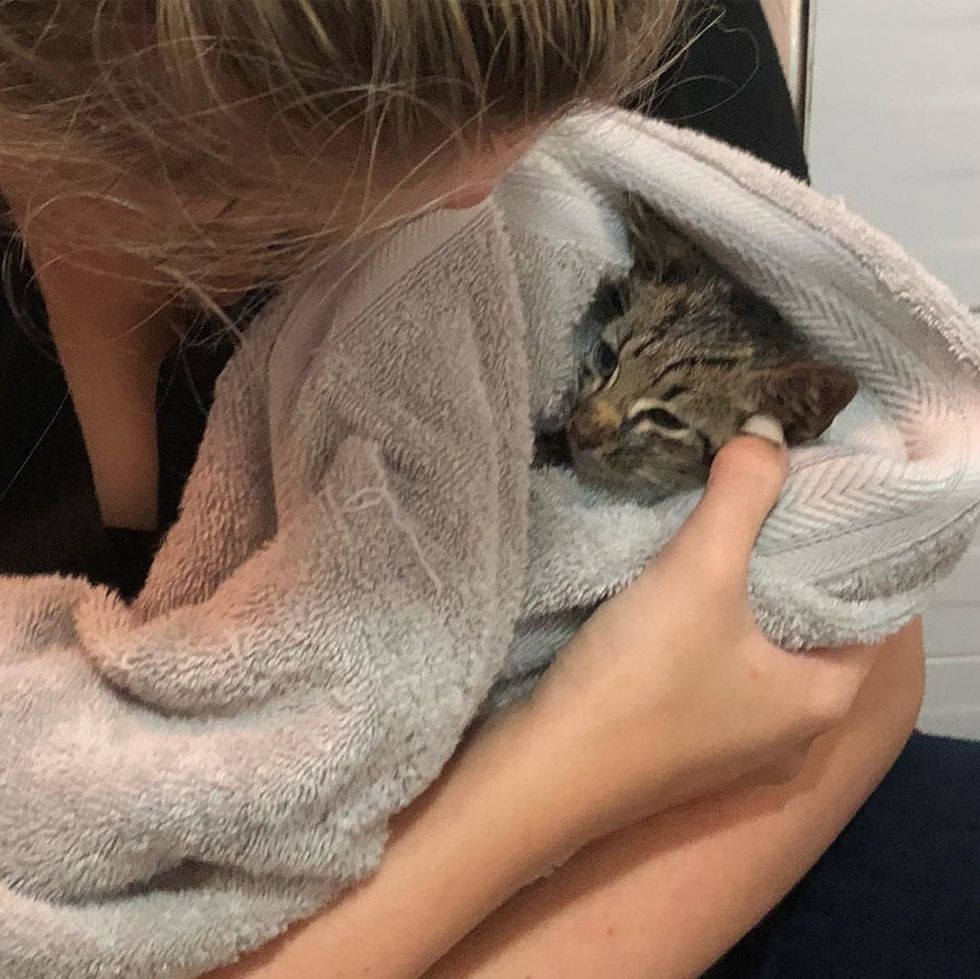 The kitten (named Johnny) had an abscess in his infected mouth, which was causing him so much pain that he couldn't eat. At eight weeks old, he was malnourished and dehydrated, weighing only 1.3 pounds. "I've truly never seen a kitten so skinny, but we have a lot of hope and love to give."

With help from Flatbush Cats, a TNR rescue group in Brooklyn, they took the kitten to see a vet where he received antibiotics, a dewormer and IV fluids to help him re-hydrate. While the kitten was getting examined, he purred up a storm as if he knew they were there to help him get better. 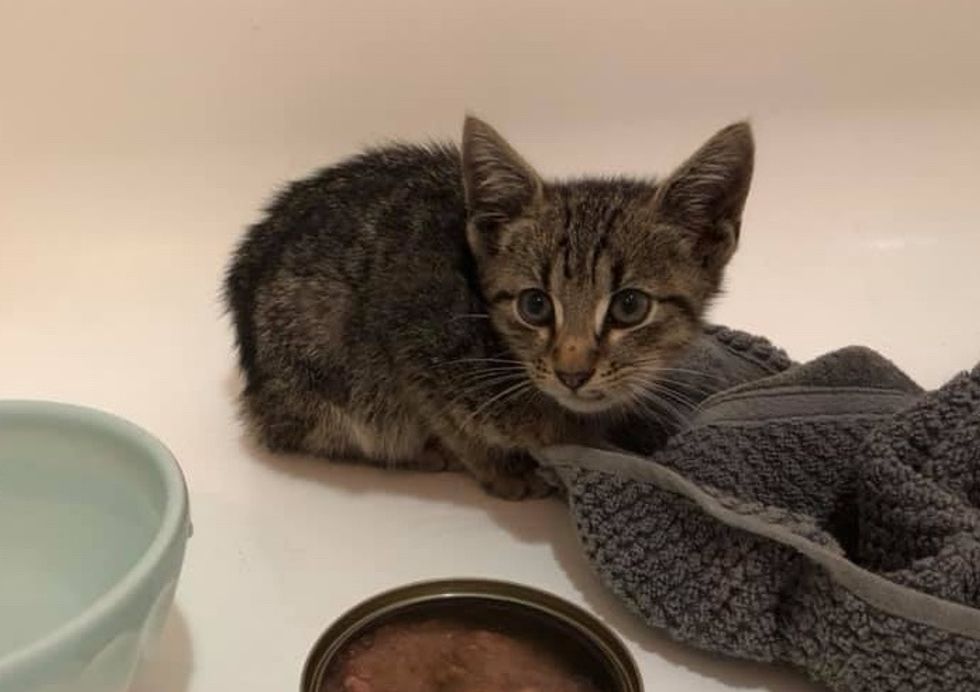 For the first three days, Sara had to syringe-feed Johnny as he was having a hard time eating on his own. But each day, he got a bit stronger and could eat a bit better.

Then one morning, Sara walked into his room to find little Johnny standing up to greet her for the first time. "He began eating on his own and I, of course, was filled with tears," Sara said. 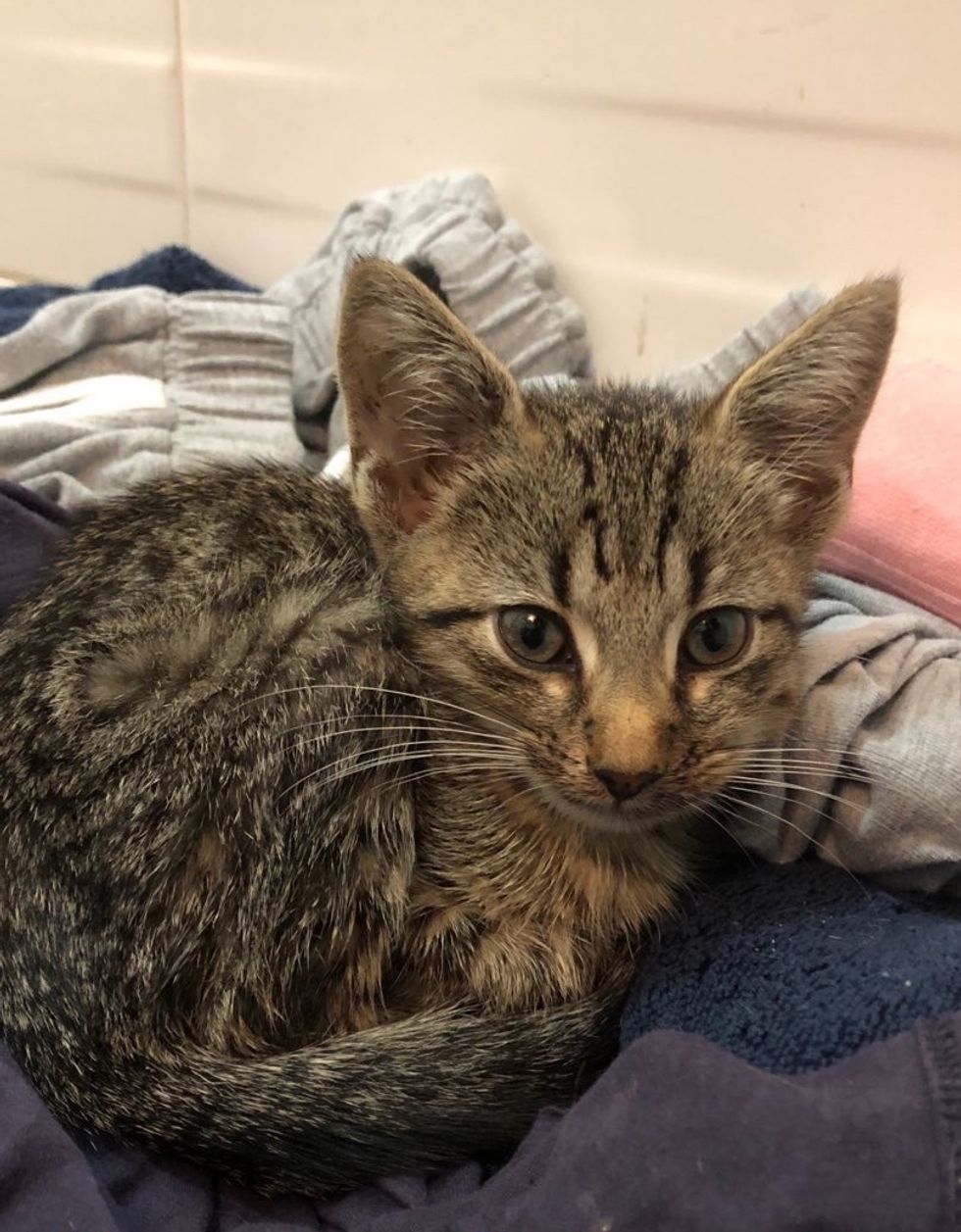 Watch his full rescue journey in this video:

The brave kitty continued to eat mashed up kitten food despite the pain. The little guy never ceased to amaze his foster parents with his fight to live.

Every time he has a full belly, he fills the room with purrs. "He melts like butter every time he gets pet and is so full of love." 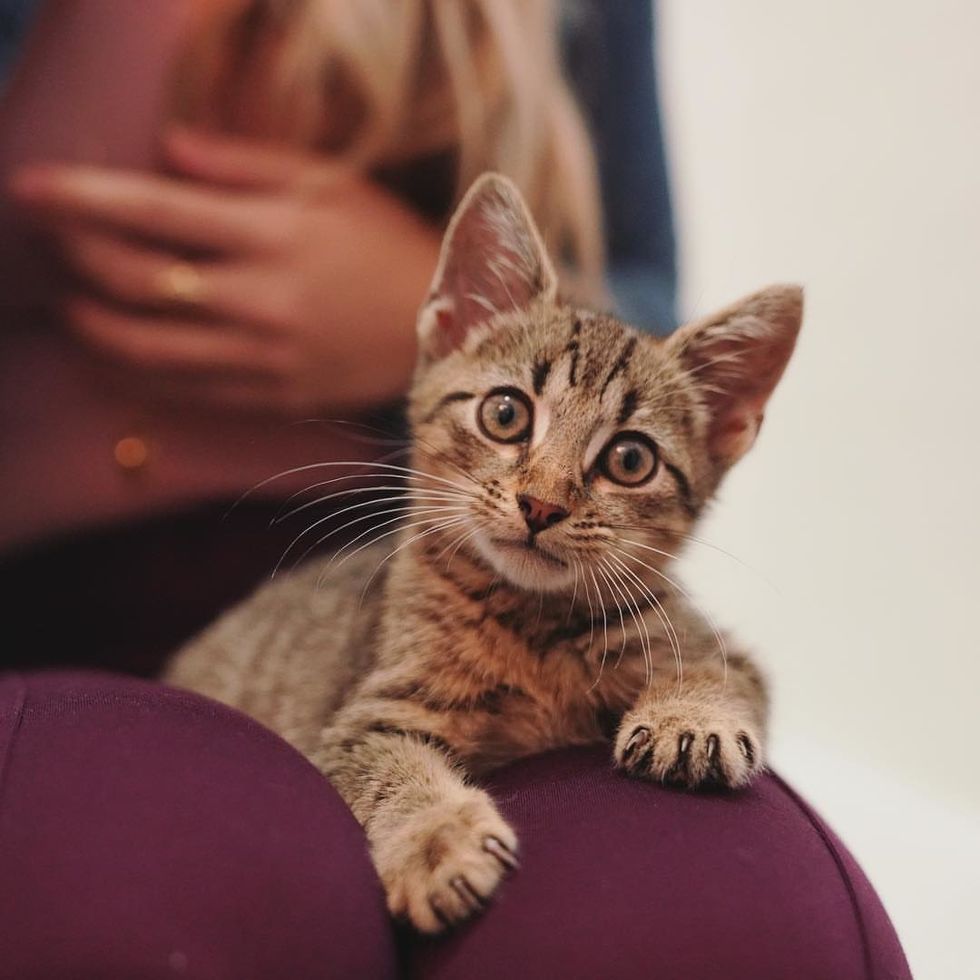 In just a few weeks, Johnny has made a complete 180. His fever is gone, the swelling in his mouth has reduced significantly, and he's really filled out.

"I have never seen a kitten bounce back so quickly. With Flatbush Cats' help, I was able to take him to one of the most wonderful vets and get him the care he needed." 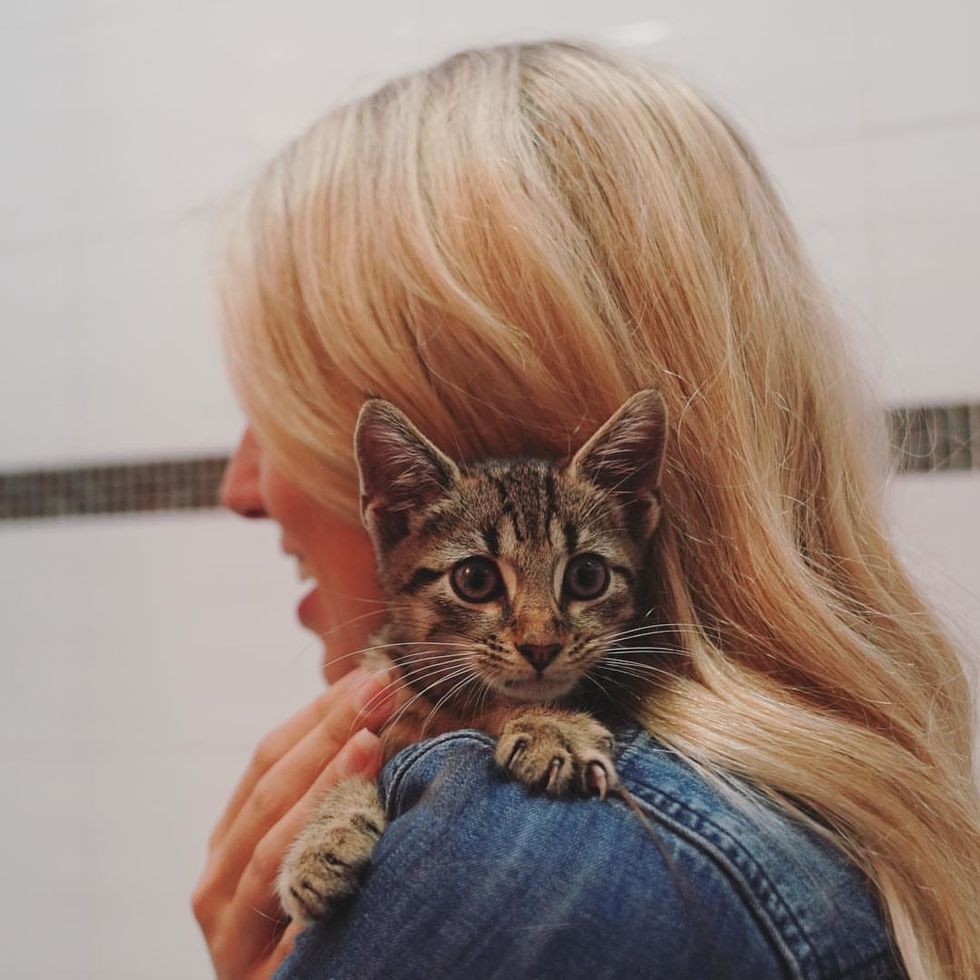 "When we found lil Johnny outside, he was starving, injured, lethargic, flea-bitten and didn't have much time left if he stayed on his own," Sara said. "He's at a healthy weight (and very steadily gaining), he's eating on his own, and he's playful and full of life and love." 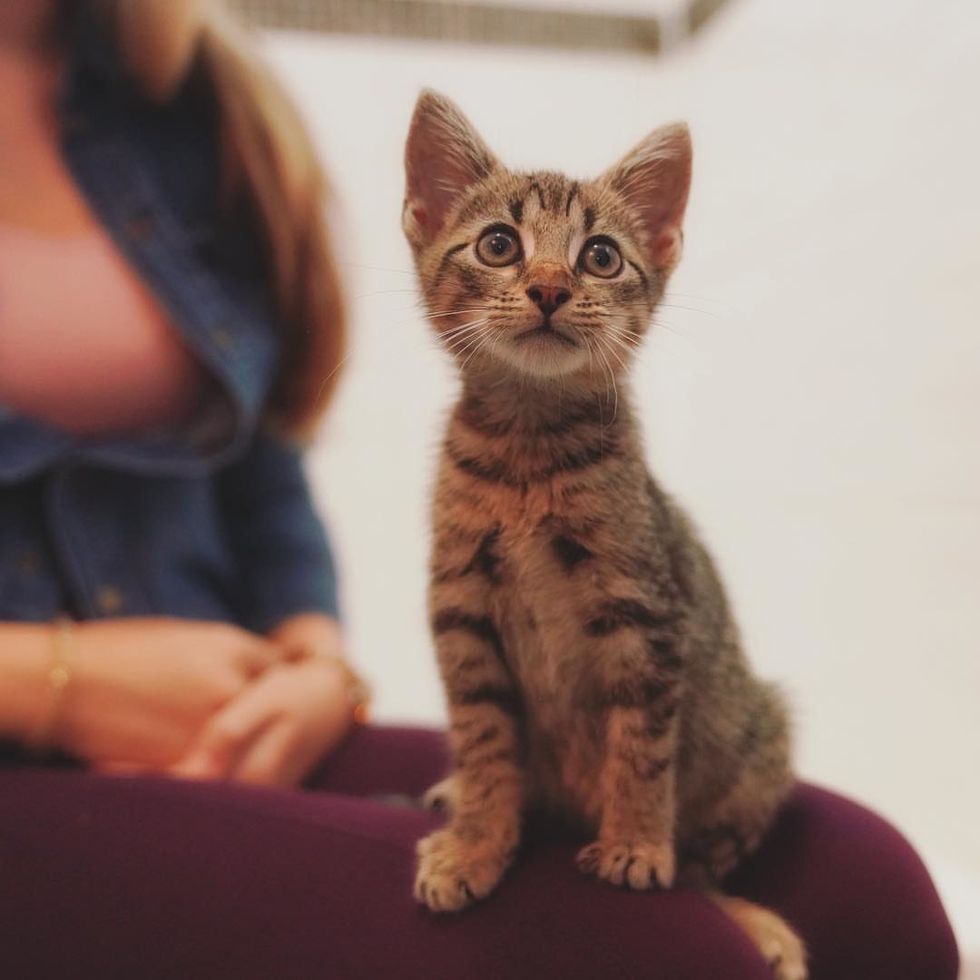