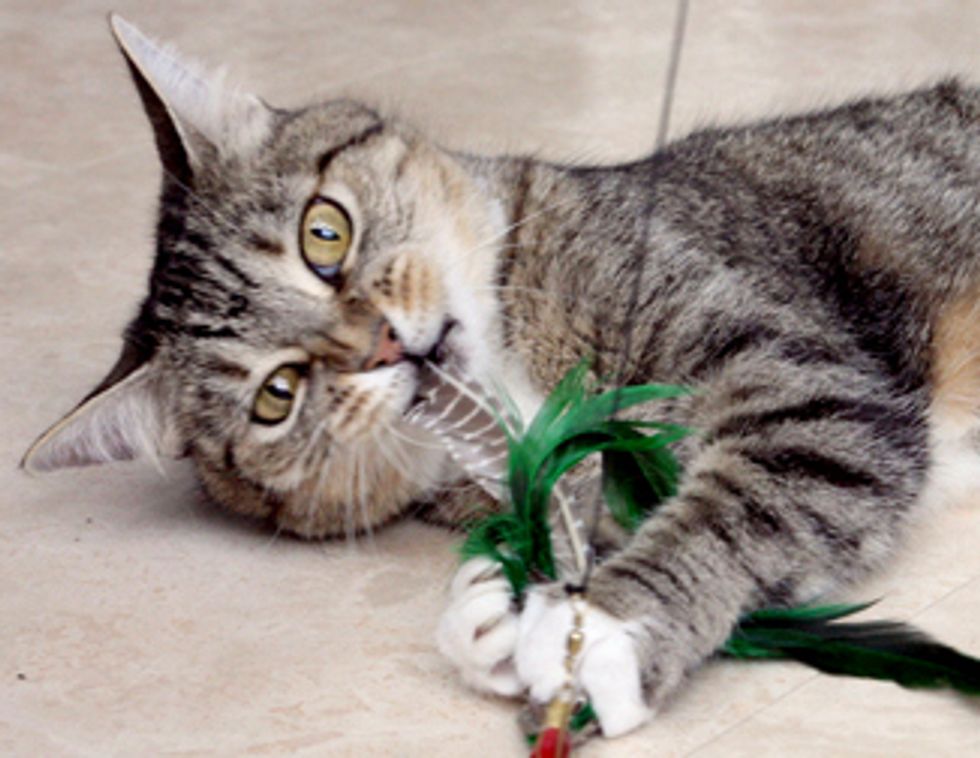 Though we already had three rescue cats (Momo, Fiko, and Romeo), we decided we had the resources for one more, so we went to the San Diego Humane Society to find the right addition to our furry family - a cat that maybe gets overlooked because of its age or some health problems.

Over the weekend, we met Leelee, who might be the most lovable cat I've ever met. Leelee very sweetly made our decision easy by choosing us with a toothless squeal and by jumping on our laps on the adoption center floor. See, Leelee ended up at the humane society because she needed extensive dental work that her previous owners could not afford. Her teeth were so diseased that they had to extract them all, but what she lacks in pearly whites, she makes up for in affection. Leelee always greets us at the door with a squeal, even if we are gone for only a few minutes. I’ve known many cats that would greet you at the door sometimes, but Leelee does it EVERY SINGLE TIME. Seeing her little face is one of my favorite things about coming home at the end of the day.

Leelee integrated very easily into the family. Being the only female cat, she is the princess of the house, and she knows it. She always takes the prime lap spot (one guess where she’s sitting right now) and sleeps in my arms every night. When I try to hop on the exercise bike for 5 minutes, she sees this as lap time and promptly jumps up onto my lap and falls asleep. I don’t get much cardio around here, as you can imagine, but I love my little purry shadow who follows me everywhere, even sitting outside on the bath mat waiting patiently for me to get out of the shower.

Neither photos nor words can truly capture Leelee’s sweet as honey personality, so I wish you could all meet her in person. She would surely greet you all at the door with a toothless squeal.

This is how Leelee greets her mom everytime she comes home: