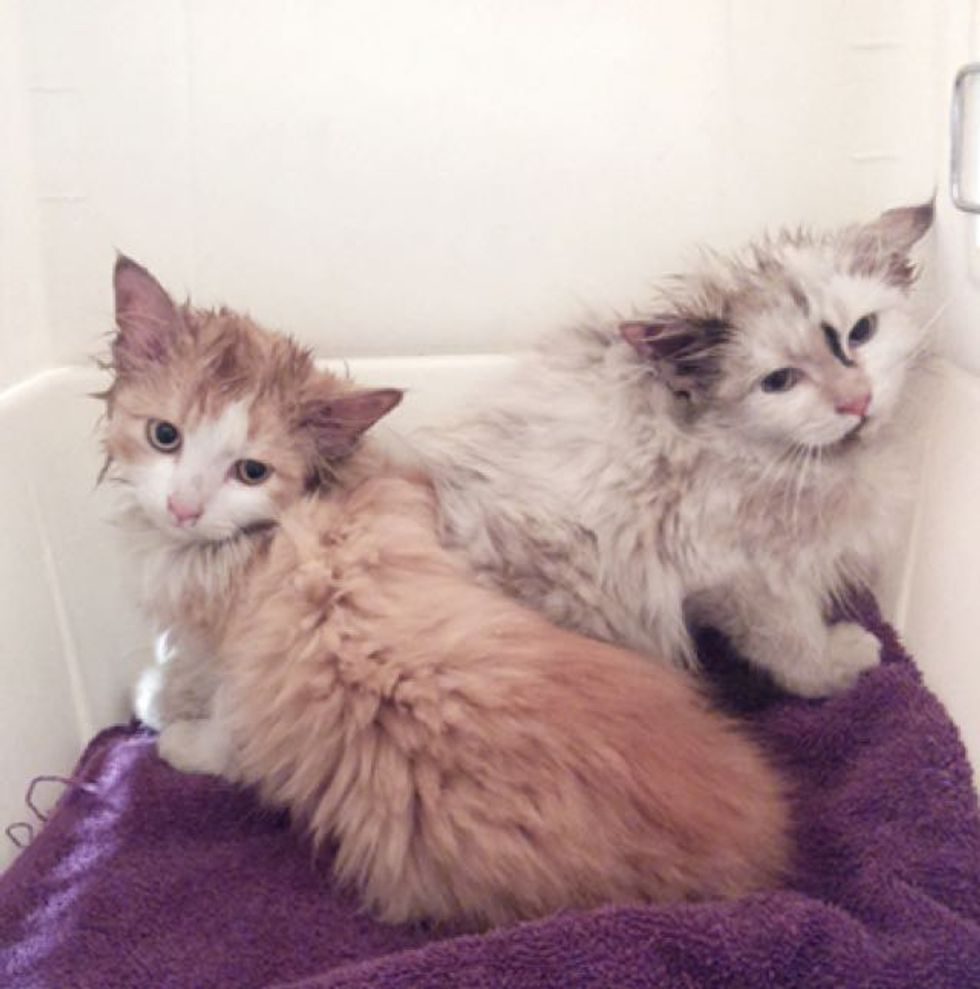 A feral calico kitten and her ginger brother were found without a mom. They were frightened, hiding in the bushes and wouldn't want to be near any humans. Now a few months later, they can't get enough of love.

Meet Luna who was rescued as a feral along with her brother Neville.

"Luna Lovegood, a kitten whose name comes from the world of Harry Potter, is no stranger to unpleasant living conditions. Like the boy wizard who lived in a cupboard under the stairs, Luna and her brother, Neville Longbottom, were spotted in the bushes between a Vancouver costume store and a construction site," Tania Hennessy, a VOKRA foster and Vancouver-based artist specializing in cat and kitten photography told Love Meow.

When they found her, she was a grumpy little feral kitten.

"At just two months old, the kittens were exposed to the many dangers that homeless animals face. Staff at Watts Costume Rentals spotted the wilderness-dwelling kittens and called the Vancouver Orphan Kitten Rescue Association (VOKRA).

Luna and Neville received medical attention, flea removal, and an awful lot of bathing, and then a fortuitous foster home was found."

Tania took them into her foster home and started taming the kittens one step at a time. "Although they expressed their extreme displeasure at first, they were young enough to be tamed and slowly came around," she said.

A few months later... What a stunner she's become!

She and her brother have found their forever loving home together!

Luna and her brother went from feral to semi-feral to now! Today they are big lovebugs!

Once they experience love, they will love you back in spades. Share this story!