Motherless Kittens Bring Hope to Dog Who was Separated from Her Puppies...

A litter of orphaned kittens found motherly love from a Chihuahua, who was separated from her own puppies. The tiny motherless kittens brought hope to the dog mama during the darkest times.

Meet Esperanza Pover the dog and her kittens. 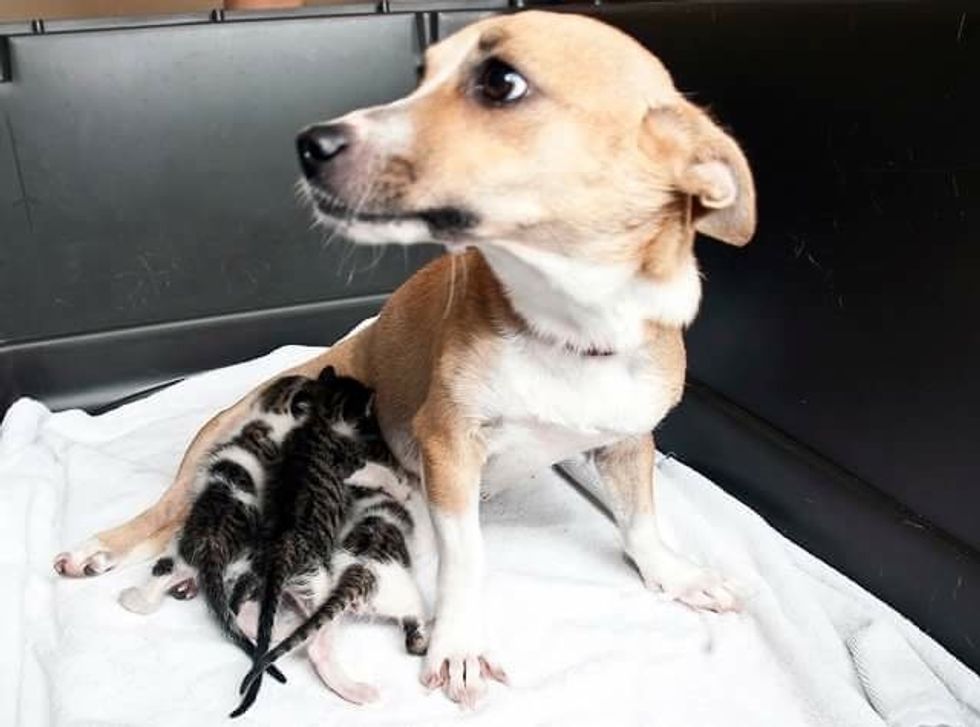 When Evi Pover met Esperanza at Coco's Animal Welfare, a local shelter in Mexico, the canine mother was nursing some unusual "puppies"—there was a litter of tiny rescued kittens, suckling and snuggling by her side like her own.

"She and the kittens were in a dog pound together," Evi said. It was obvious that Esperanza had had puppies. "It's a common practice in Mexico to take the puppies and sell them fairly quickly. Poor girl was so depressed when we met her."

The dog mama couldn't bare with the absence of her puppies and became increasingly depressed. So the shelter paired her up with a litter of motherless kittens.

Instantly, it brought purpose back in her life. She began to nurse and clean the kittens as if they were her own. 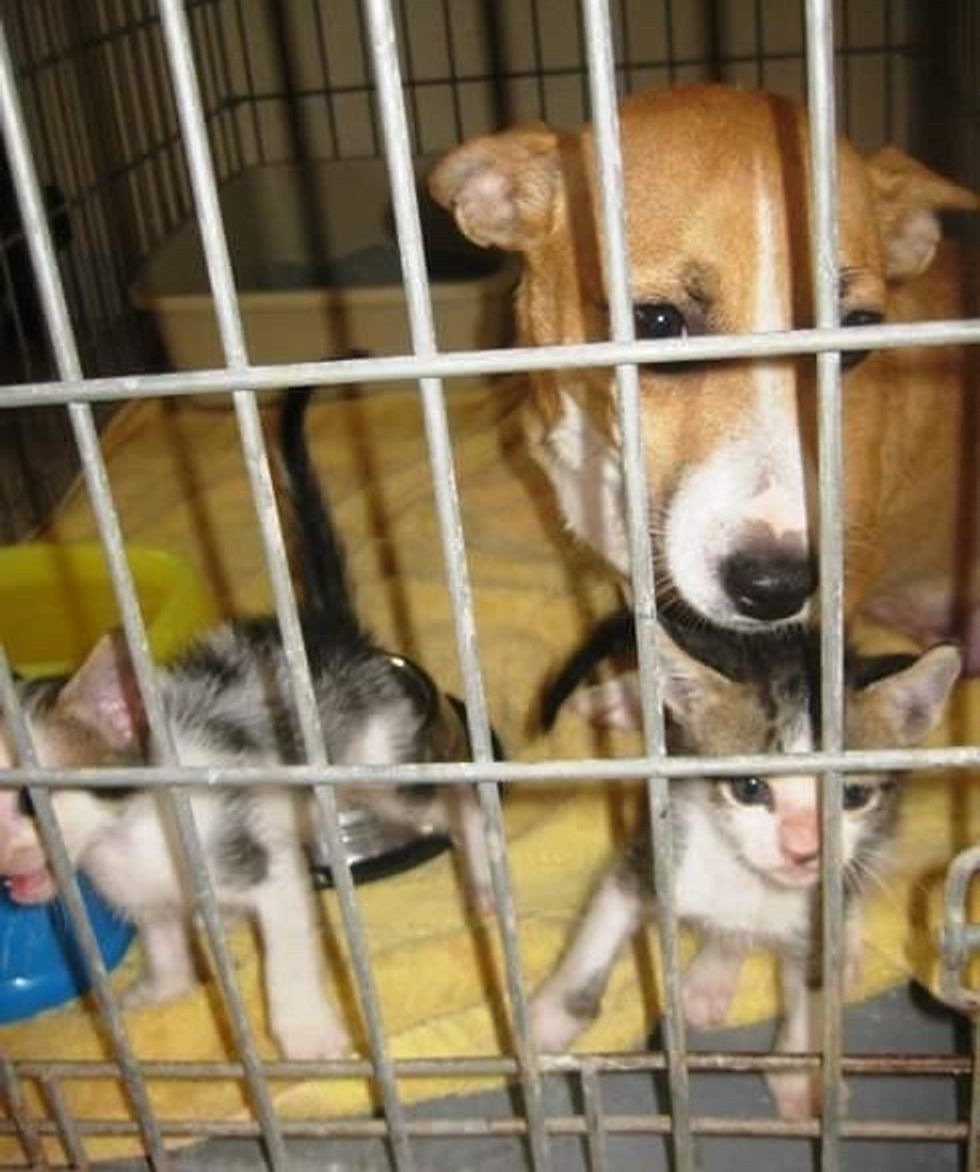 The mama needed a forever family that would fill her heart with love.

"We just went to pet kittens at the cat rescue and left with a dog. She stayed till the kittens could be weaned, then she was ours. The kittens found homes too," Evi said. 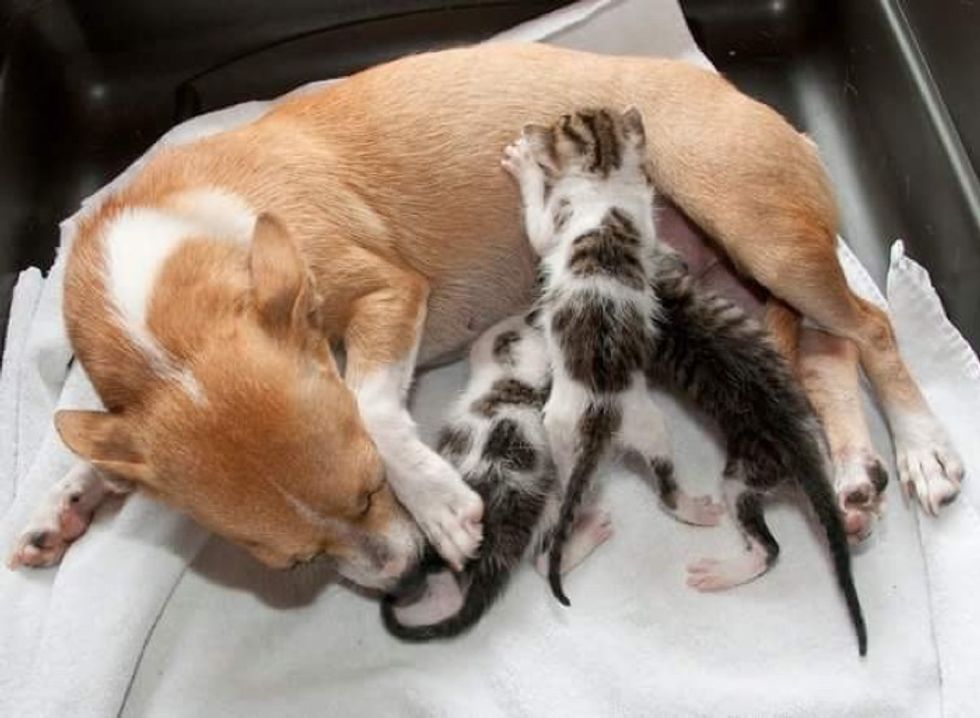 Esperanza was so caring and loving to her kittens that she watched them every step of the way like a protective mama.

"The kittens would have died without her milk when they were all still in the dog pound," Evi said. "When she would take a break to go outside, they would cry until she came back. They needed that comfort." 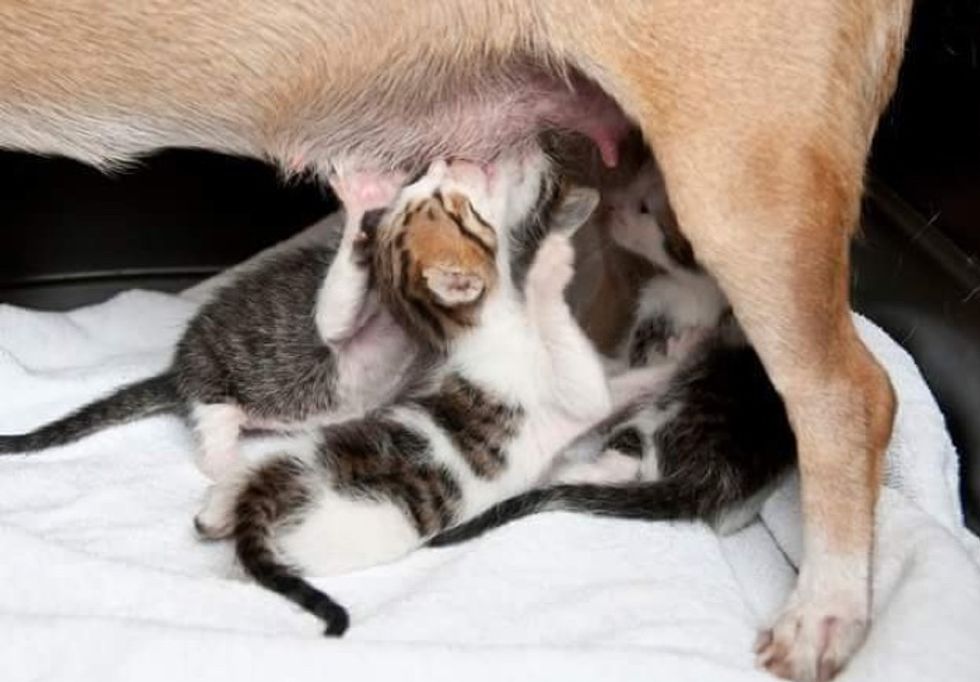 "We were NOT looking to bring a dog home from vacation but how do you say no to all that sweetness," Evi said. 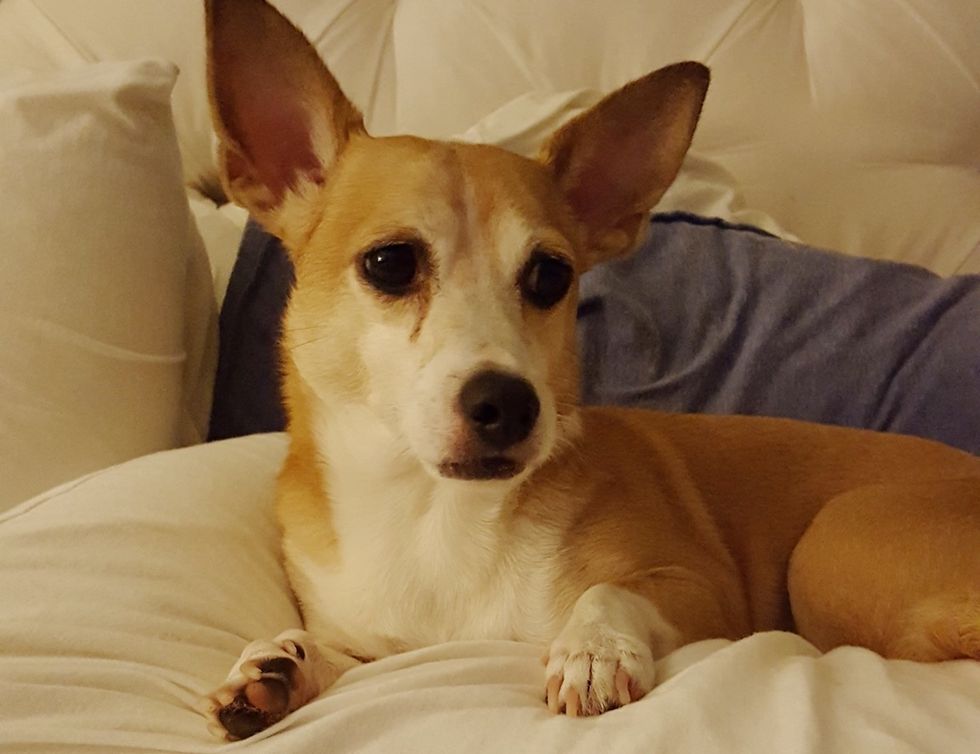 The kittens gave hope to their canine mama and she did the same to her kittens. Evi's son named her Esperanza (Spanish for "Hope"). 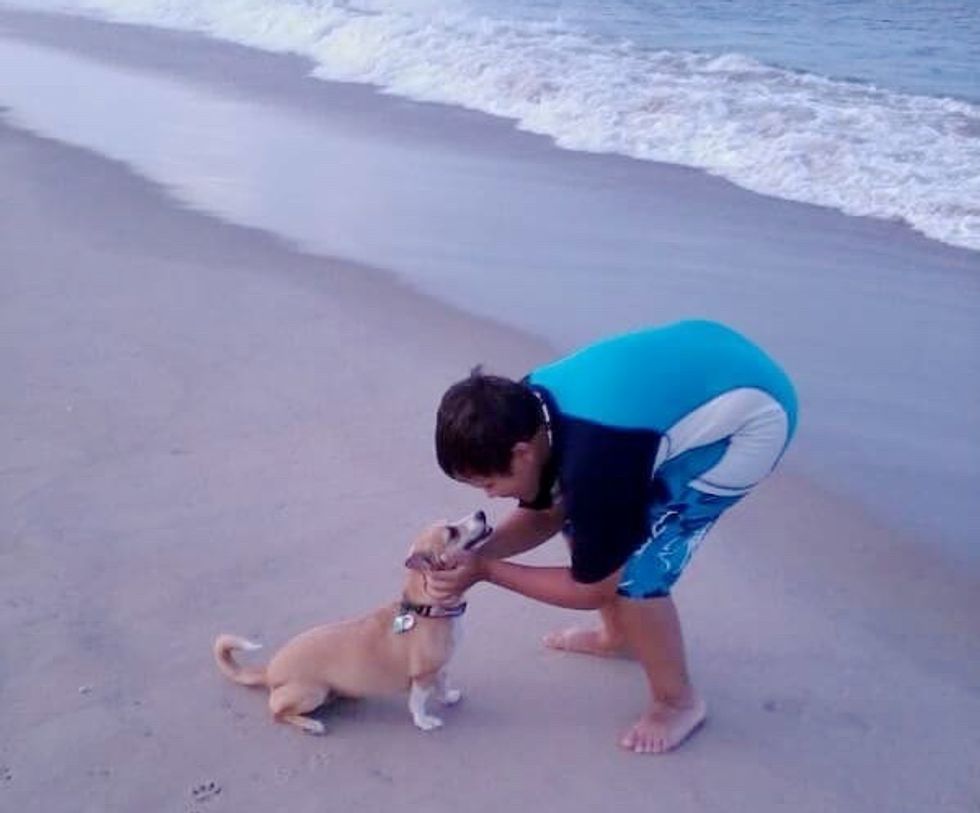 Esperanza didn't know what dog food was when she first arrived home. "She definitely thinks she's a cat." They taught her how to be a dog and gave her new toys.

The motherless kittens saved her from the hardest times, and she returned the favor by loving and caring for them like a mother would.

Now Esperanza is enjoying every second of her new life with her forever family, surrounded by love. 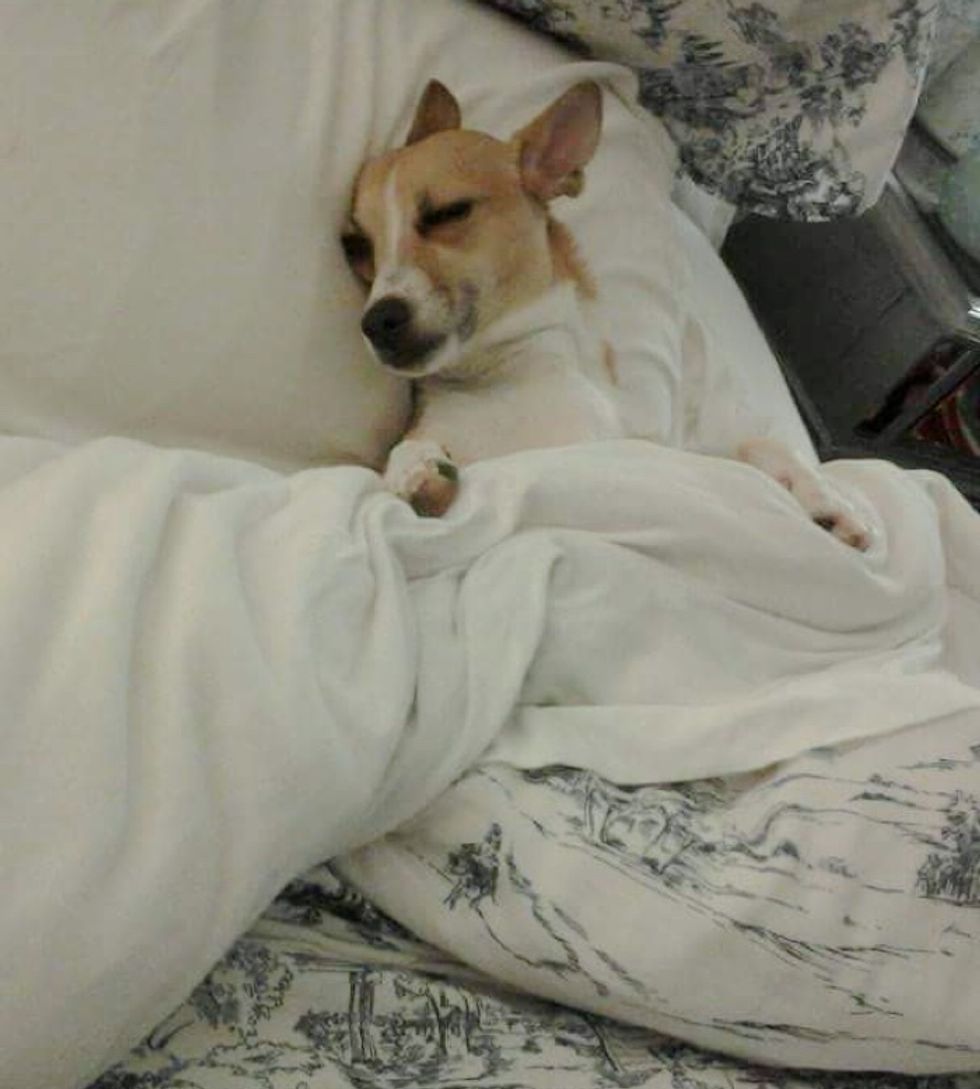 Related story: Kitten Rescued from Death Row Misses His Mom, So Dog and Cat Offer to Be His Family