A man was at work when he heard kittens' cries coming from a woodpile. 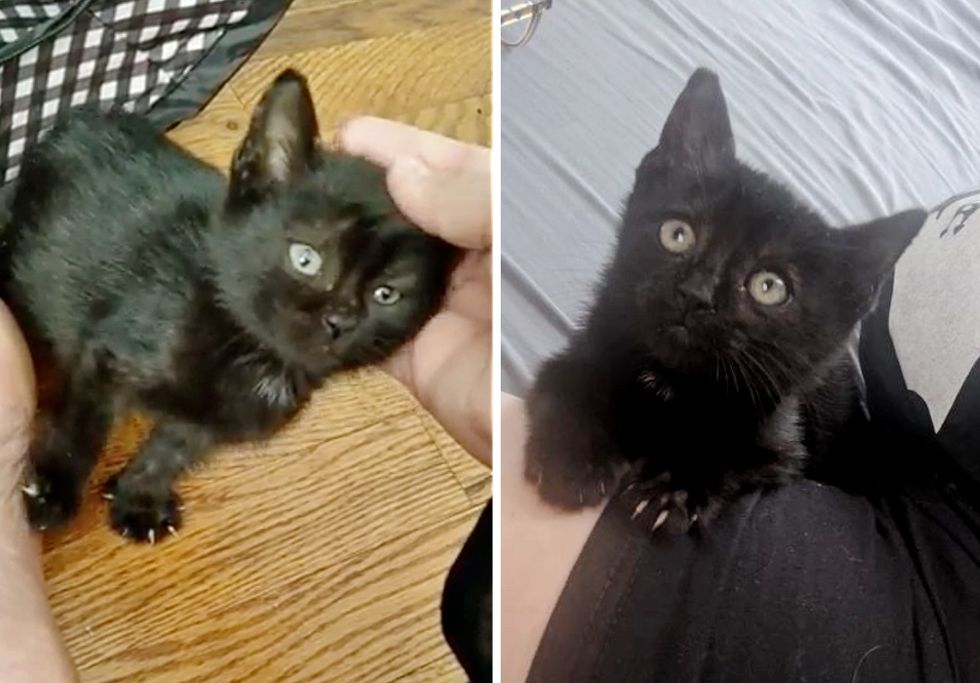 Scott Ruga from New Jersey was at his work place (a concrete company) last Monday when he had an unexpected encounter.

He went outside to the yard to move a woodpile. As he walked closer, he began to hear faint cries coming from that direction. He probed around the area and discovered two little kittens hiding in a crevice of the woodpile, looking right at him with those fearful eyes.

They were very thin and extremely shy, hissing at Scott if he tried to come near. The man couldn't find any more kittens and their cat mom. Knowing it would be difficult for the two to fend for themselves, he knew he had to help. 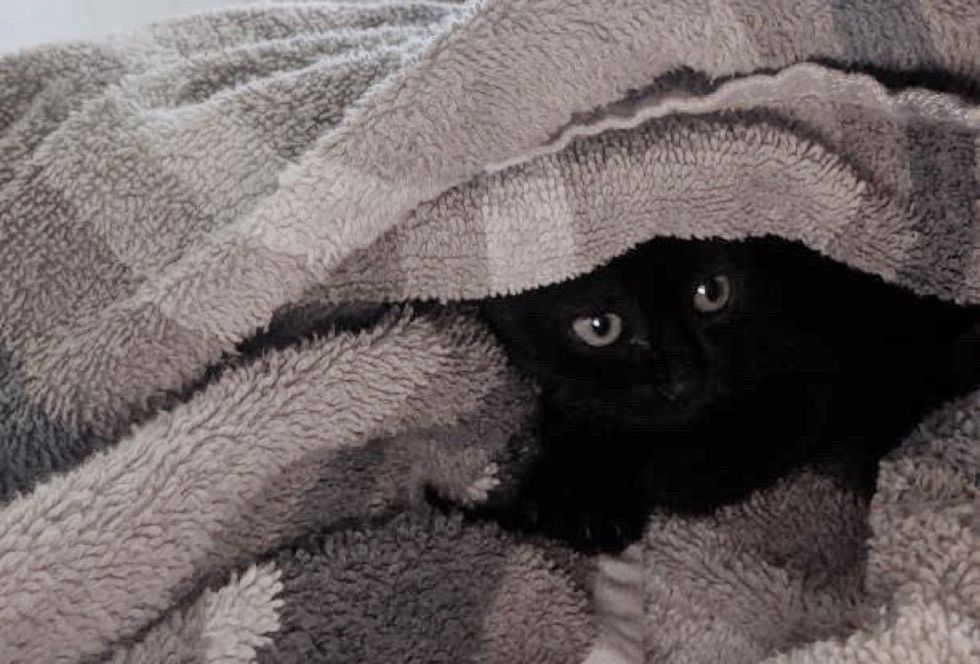 Despite the strong resistance from the kittens, Scott managed to scoop them right out and bring them inside to safety. The black kitten was very timid, meowing up a storm and didn't want anything to do with people.

They learned that the kittens were most likely abandoned and didn't have a home to go to. One of the coworkers offered to adopt a kitten, and Scott called his wife, Sophie, about the remaining kitty who was trying all his might to run away and hide. 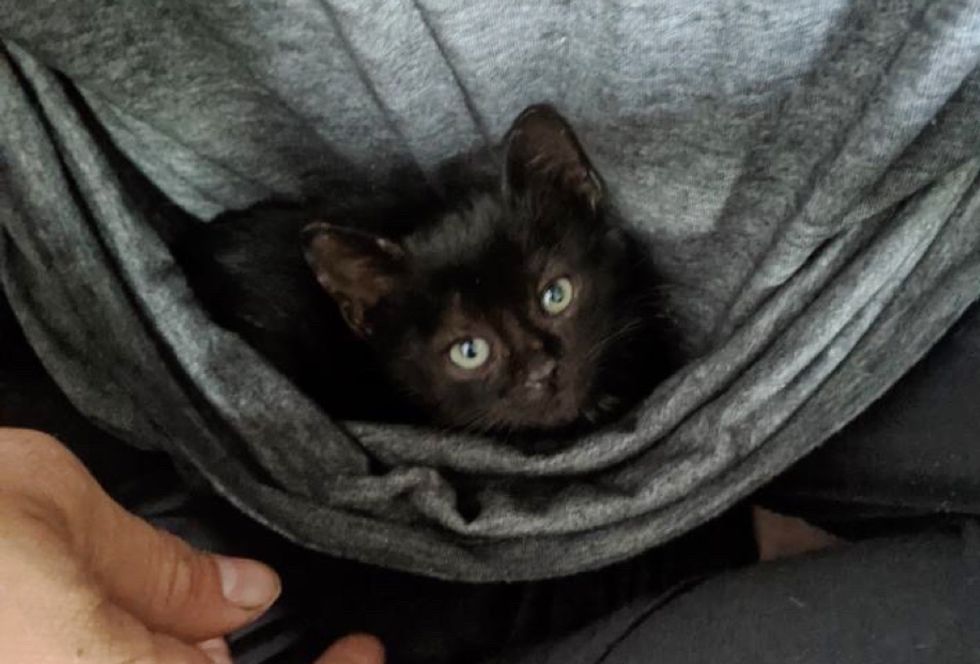 "I fell in love with the kitten immediately. I prepped one of our bedrooms and turned it into a cat safe place with his own litter box, water bowl and a small box where he could hide in," Sophie told Love Meow.

The little shy body was so scared when he arrived, that he immediately took refuge in the box. The couple placed some food outside, and after a little while, the kitten poked his head out and started to eat. He was so hungry that he scarfed down as much food as his tummy could possibly fit. 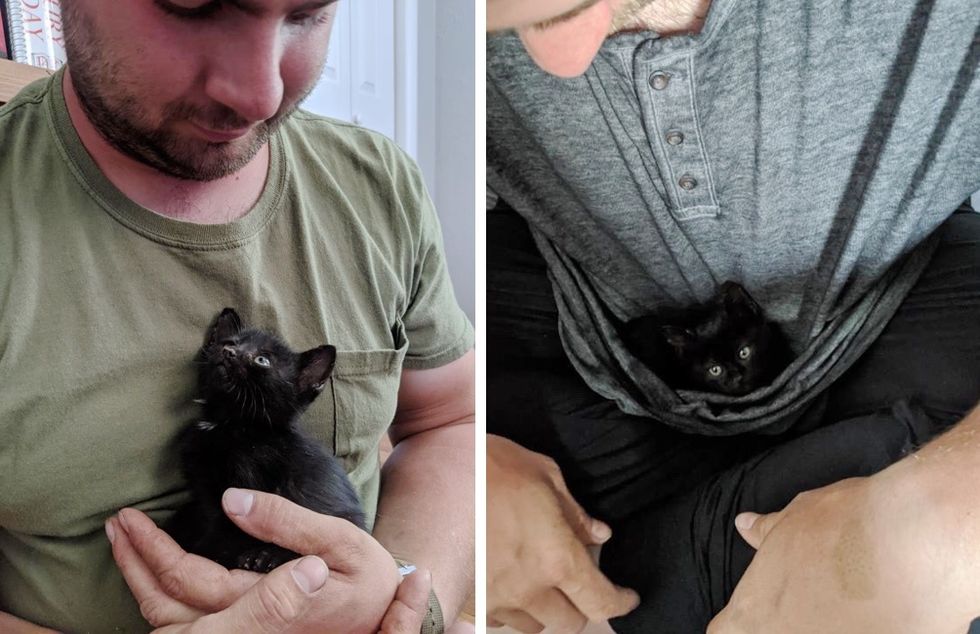 After getting a full belly, the kitten mustered enough courage to venture out of his hiding spot. "He decided to trust us when we held him for the first time. He just stared into my husband's eyes and purred," Sophie shared with Love Meow.

The kitten whom they named Toby, made a 180 and began rubbing his face against his humans, begging for attention and pets. He switched on his purr motor and kept it on all night long. 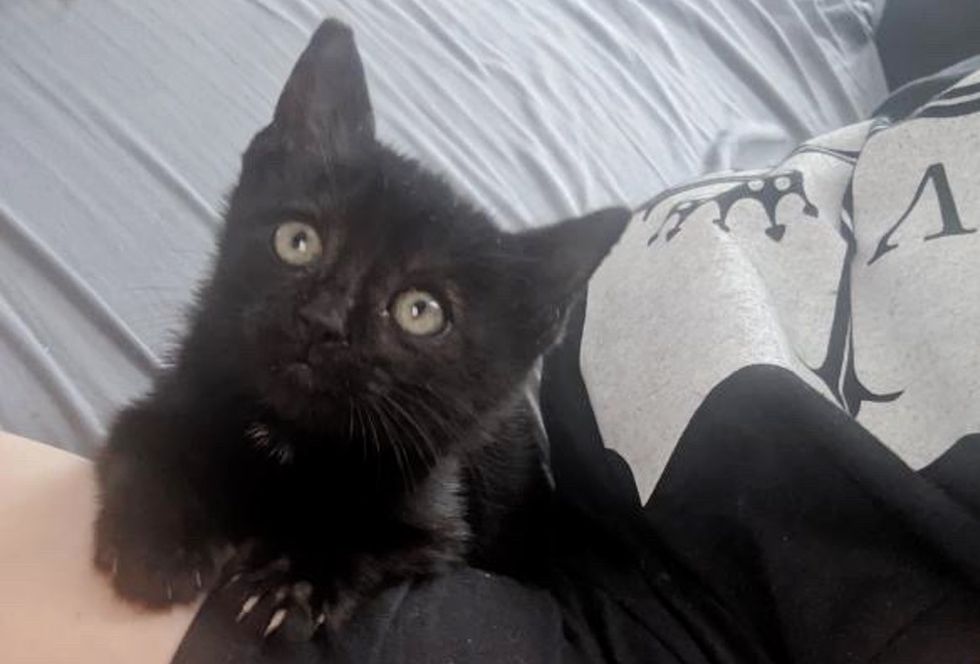 "I can't believe how quickly he adjusted to indoor life. I think he knew that we rescued him and that we would give him all the love and care he needed," Sophie said. "He is a very gentle and loving cat! He loves giving us kisses and snuggles."

Watch Toby the kitten in this cute video:

Within a few hours, the little kitten went from being a scaredy cat to a complete love-bug. The couple has another cat named Heidi that they plan to introduce in the near future.

Toby's eyes immediately light up when his humans enter the room. He will follow them around until he gets what he wants — belly rubs and plenty of cuddles.

"He always lays on his back and is just waiting for us to rub his belly. He greets us with a kiss on our hand and then starts purring as loud as a lawn mower. It's amazing to hear that noise coming out of such a tiny body as his," Sophie told Love Meow. 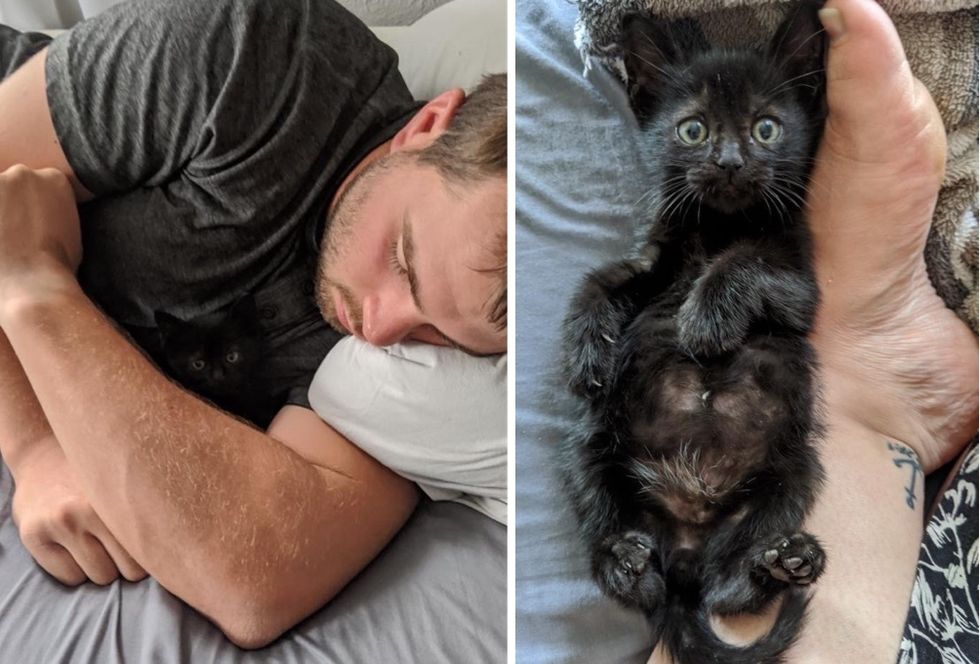 Scott adores the new kitten and has been spending a lot of time with him. When he gets home from work, he goes straight to the kitten room for his buddy.

"I found my husband cuddling and napping with the kitten after work yesterday. Toby loves being around us and just spending time with us." 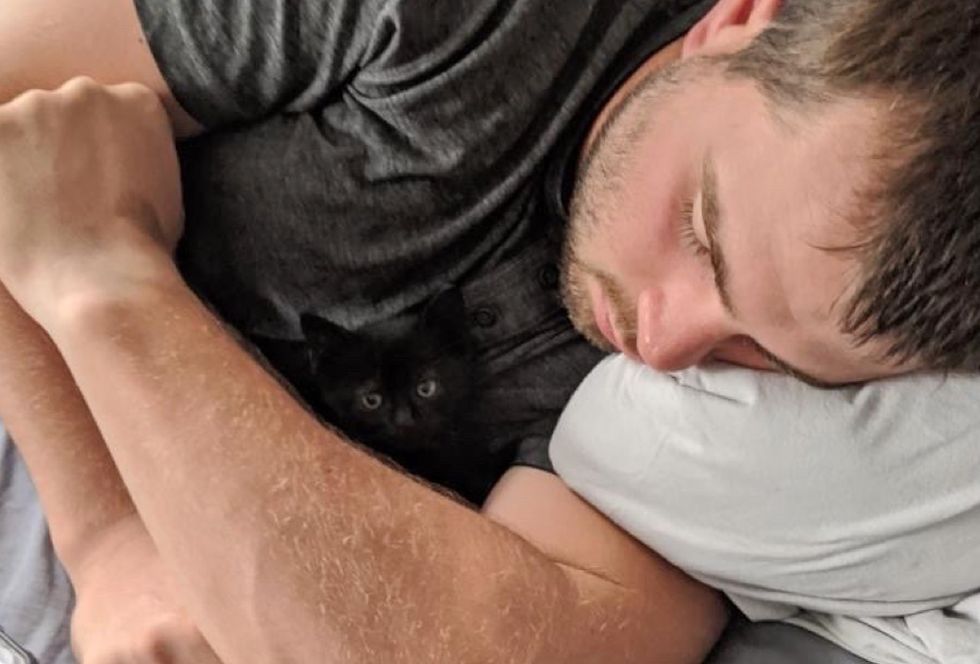 "Toby has found his forever home with us. Seeing how his personality unfold more and more every day and how much love he is returning to us, is so rewarding," Sophie said.

"When he first arrived, he was just skin and bones. Now, he is on his way to becoming a strong and healthy boy." 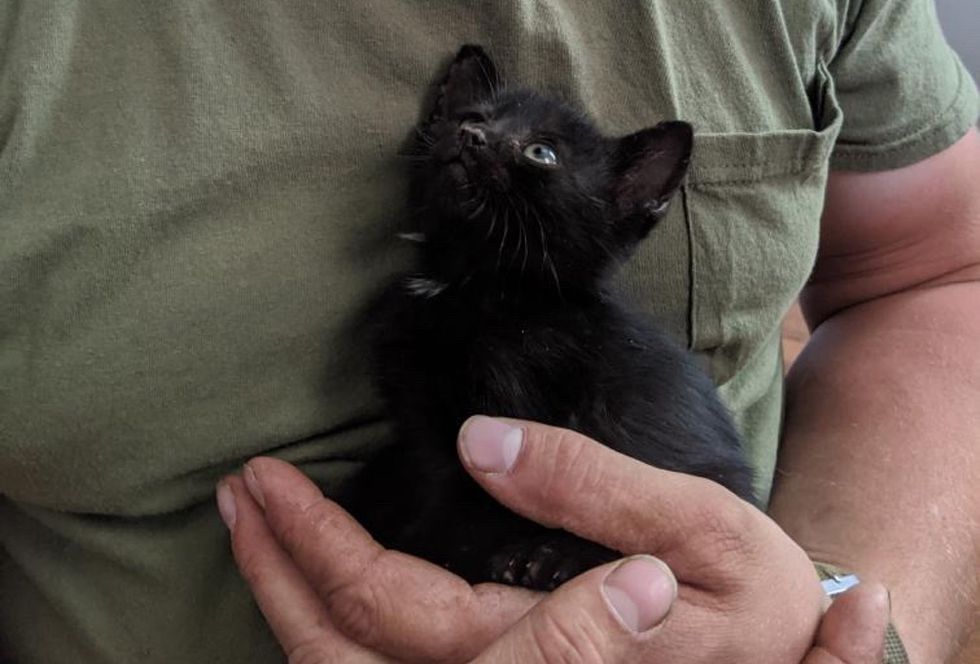