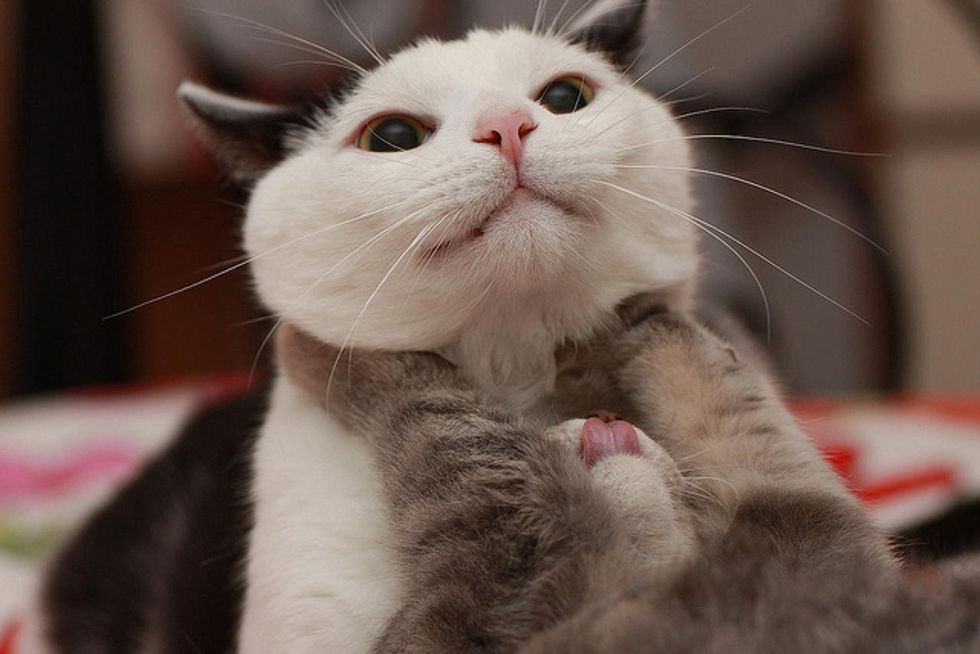 Timmy is 3 years old now. Since we already had 2 rabbits, my roommate hesitated about getting any other pets, but after my persistent plea, he finally said ok. I did not want to get a cat from a breeder because there are so many cats that are looking for new homes, so I searched on the Internet and found a cat that was waiting for someone to take him home.

Two men rescued a litter of kittens near a horse-farm. All the kittens had found homes except Timmy, so I contacted them right away. They wanted to meet me at my home to see if our place is the right home for him. Timmy was 9 weeks old at the time. When he arrived he started running all over my flat. While I was speaking with the 2 men he found my rabbits. Fridolin, the oldest rabbit was very scared when Timmy leaped over him. But don't worry, nothing bad happened. Fridolin was fine after this little surprise.

That was how Timmy found us or we found Timmy! I am so happy to have him by my side! He's so cuddly and very smart. At the age of 3 or 4 months old he already learned to open a door. He does not like it if any doors are closed. The entire flat is his territory and he wants to go everywhere at all times. Also, he is able to use the lavatory flush! It's really true, but he only does it when no one is looking. So we often hear toilet flushing from the bathroom, and we know it's Timmy.