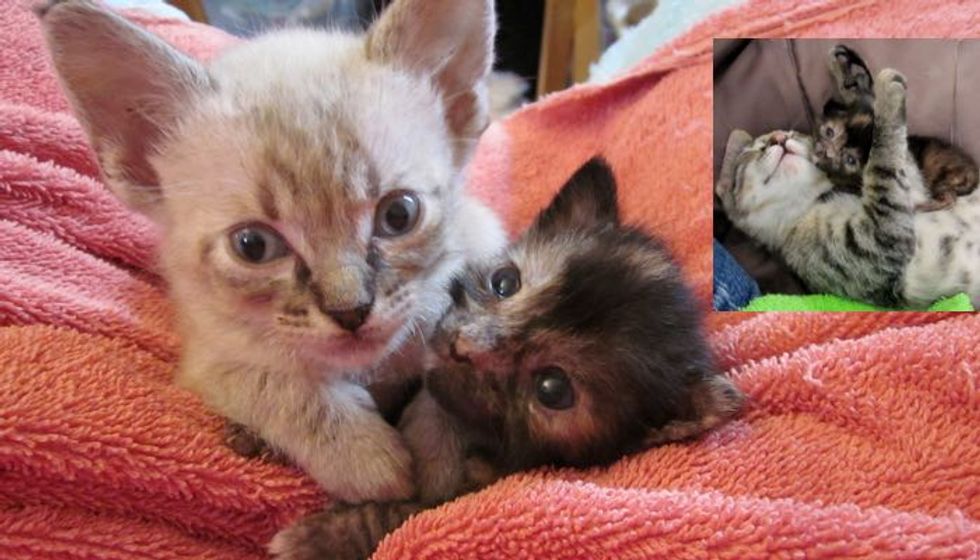 These tiny foster kittens became family to an even tinier kitten who was the only survivor in her litter.

Blaze the little tortie was just half the size of other kitties her age. She fought her way through many battles and was loved by a bunch of rescue kittens she met at her foster home. 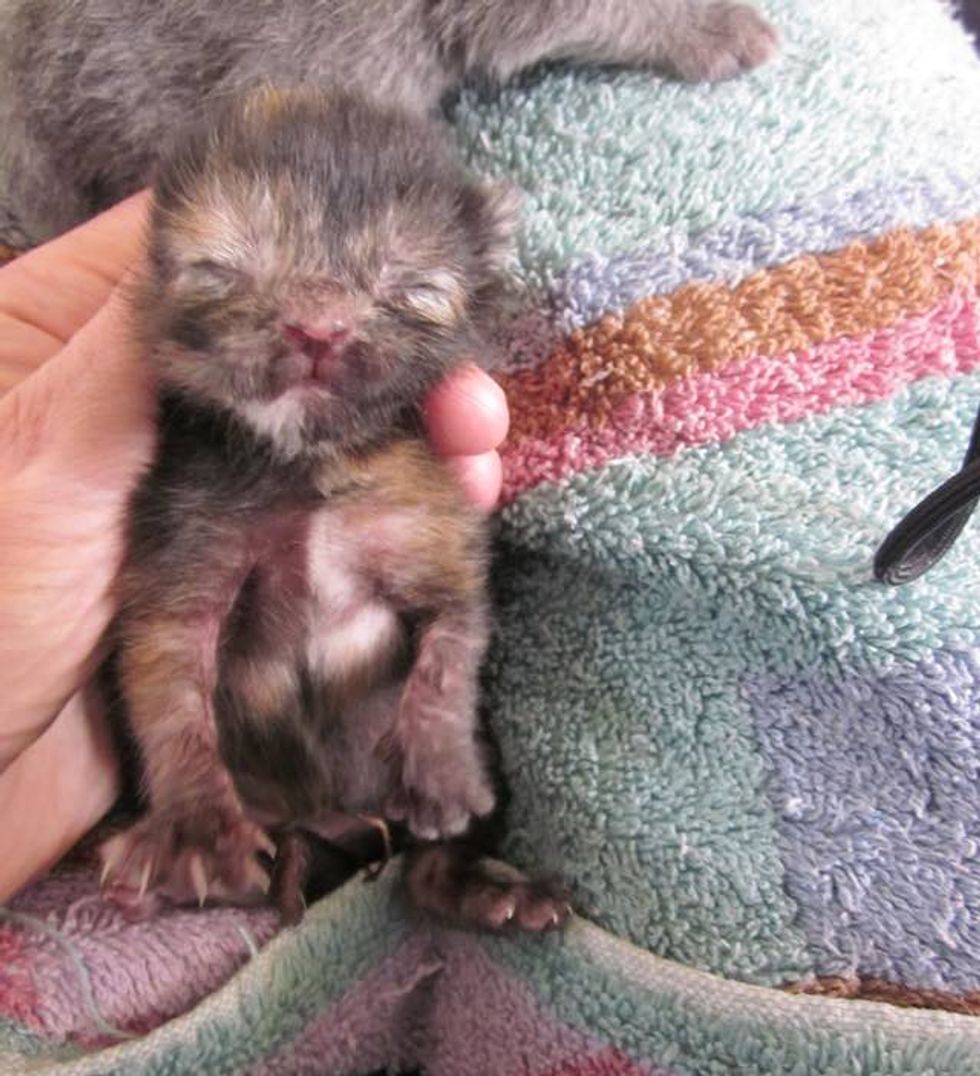 Kimberly Jennery was fostering eight rescue babies - a batch of three, a litter of four, and the smallest one, Blaze. Despite being about the same age, Blaze was so much smaller in size.

The little orphaned kitten was four or five days old when she came to Jennery. Her littermates didn't make it, but tiny Blaze wasn't willing to go down without a fight. She fought hard and came back from death five times.

"Blaze is a fighter of epic proportions. I've never seen a kitten have so many dips in their growth chart and no-appetite days, and still keep going!" Jennery said.

The little tortie girl was never alone. The bigger kittens took her in and started loving her like family. They looked after her and kept her company when she needed that extra dose of love and strength to help her carry on.

Little Blaze, getting cuddled by Willow. 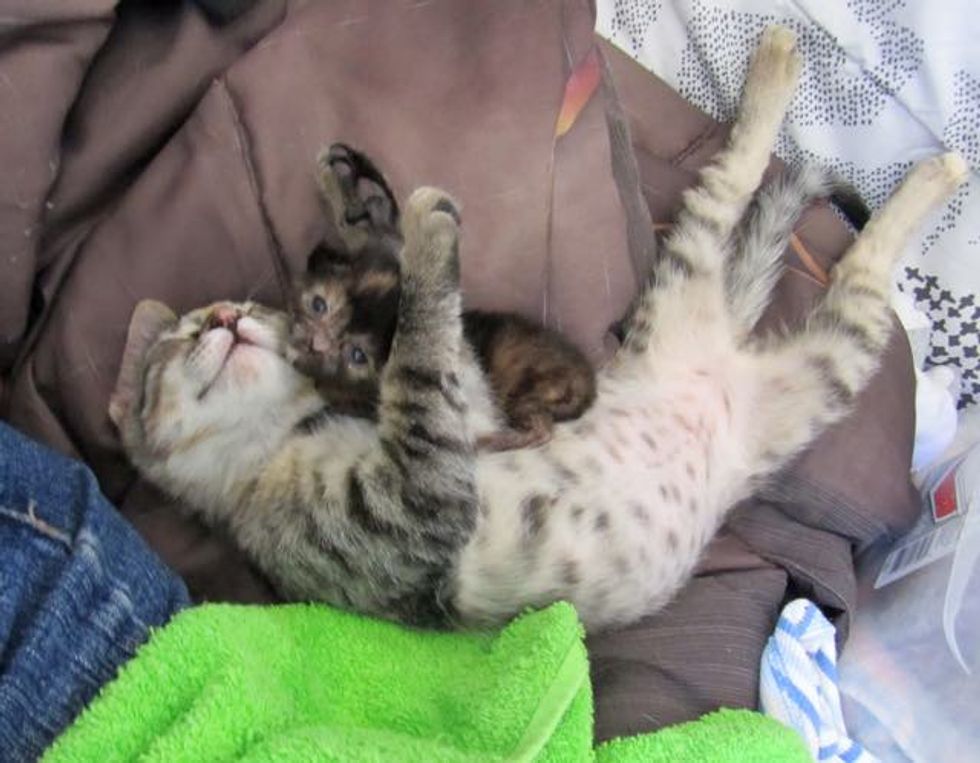 She likes cuddling with the big kittens, who aren't actually that big. 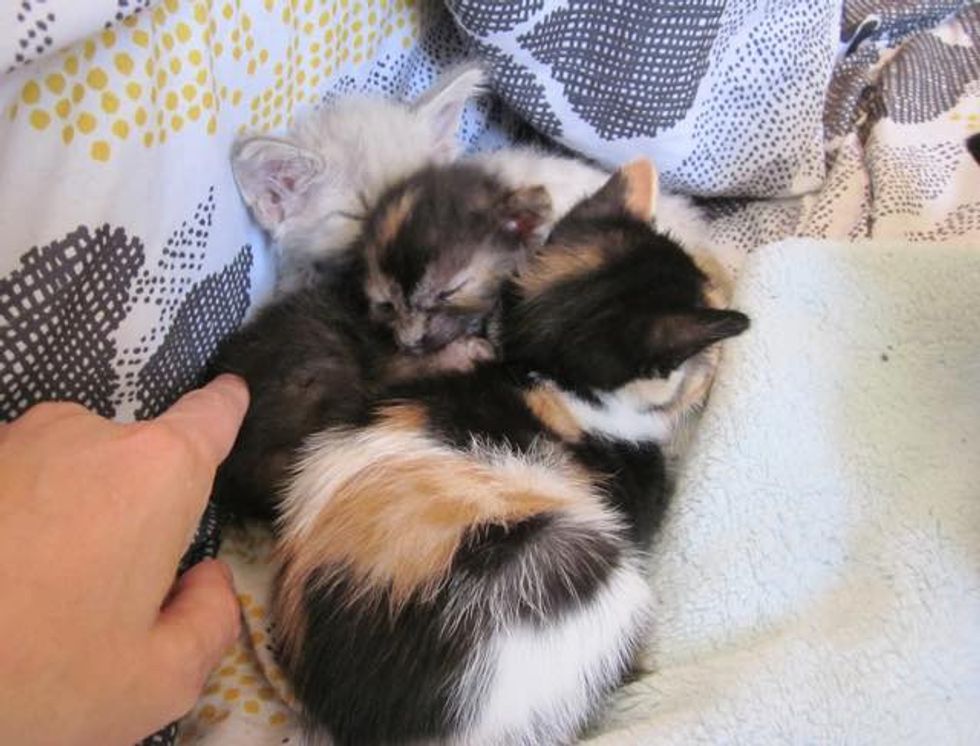 She almost didn't survive five times! Tommy (left) tries to comfort her during a comeback :). 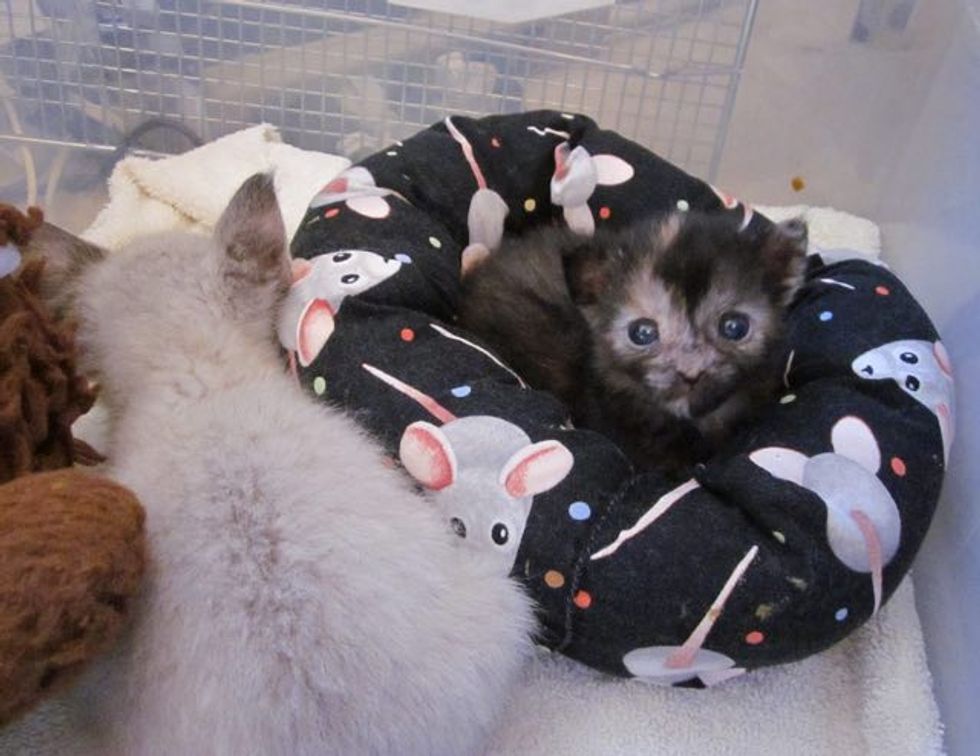 Tommy is such a love. He loves everyone and everything. He's Blaze's best friend! 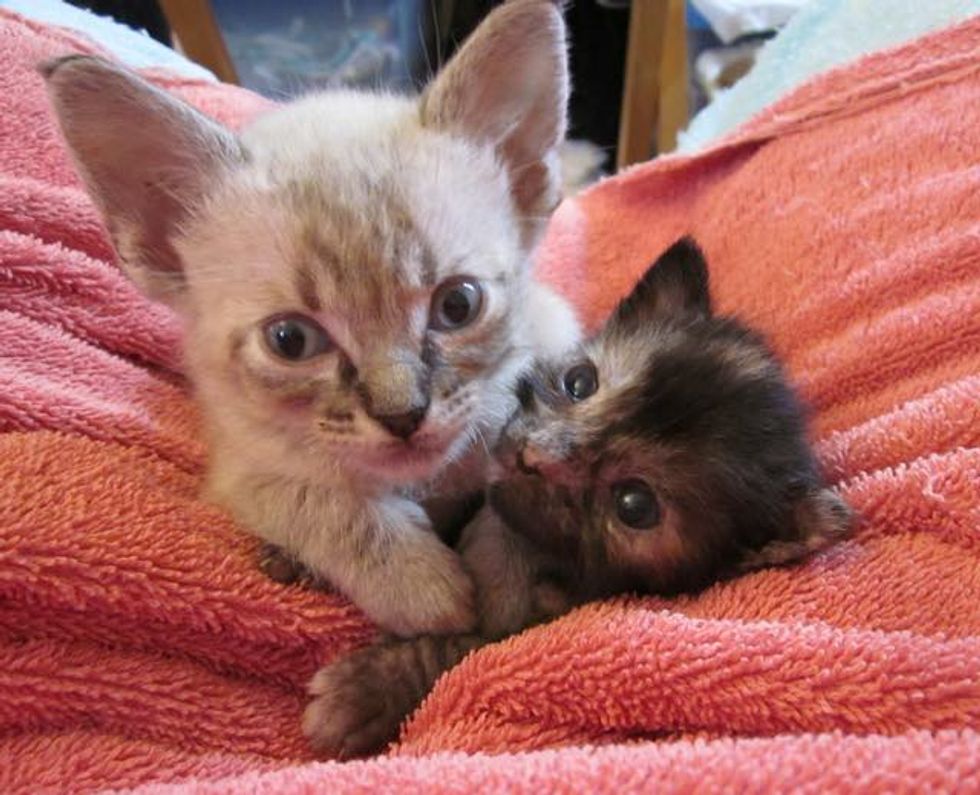 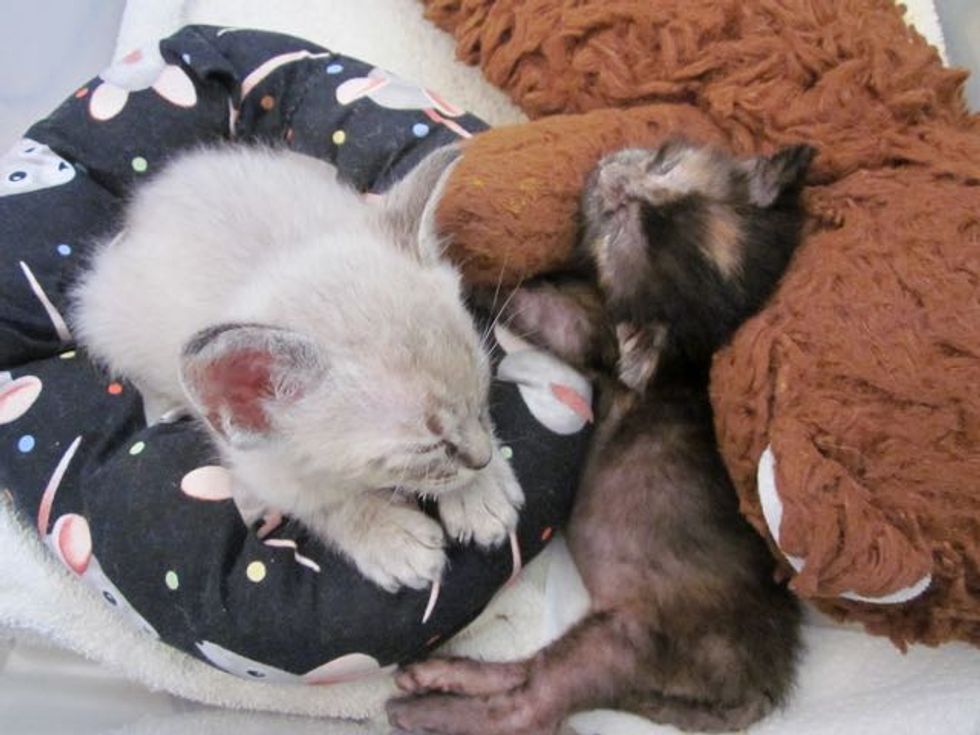 They are about the same age, but little Blaze is much tinier. 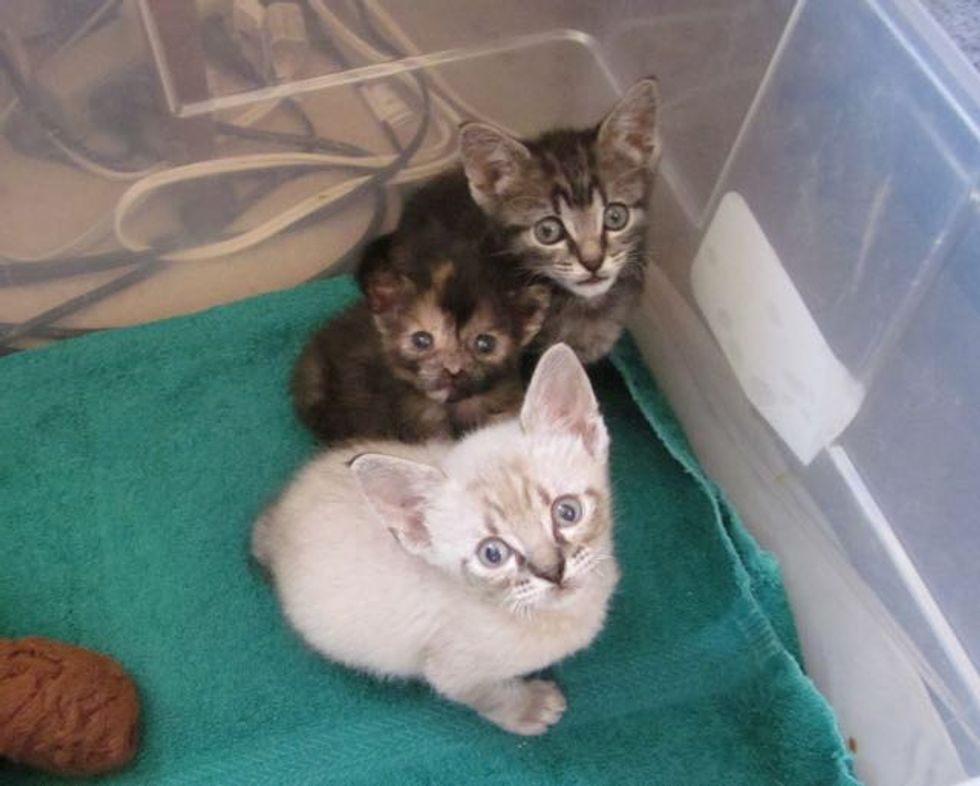 Blaze and Tommy in the tiny red bed. Bucky and River in the background napping away. 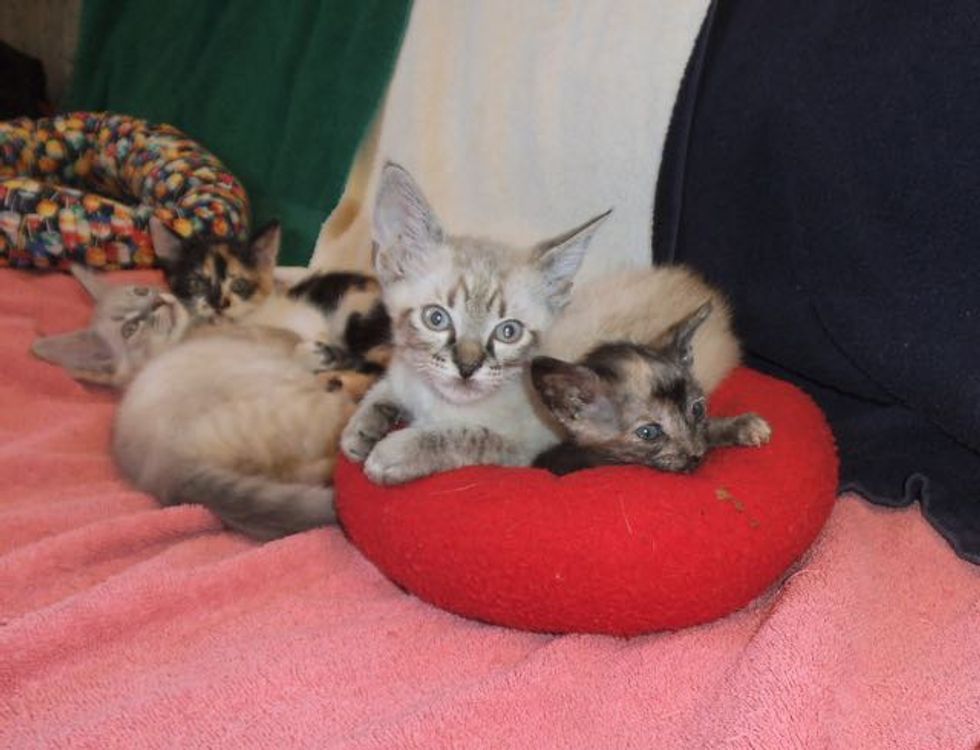 "Blaze REALLY loves hanging out with the big kittens. In this puddle, pretty much everyone was sleepy, except Blaze, who was awake!" 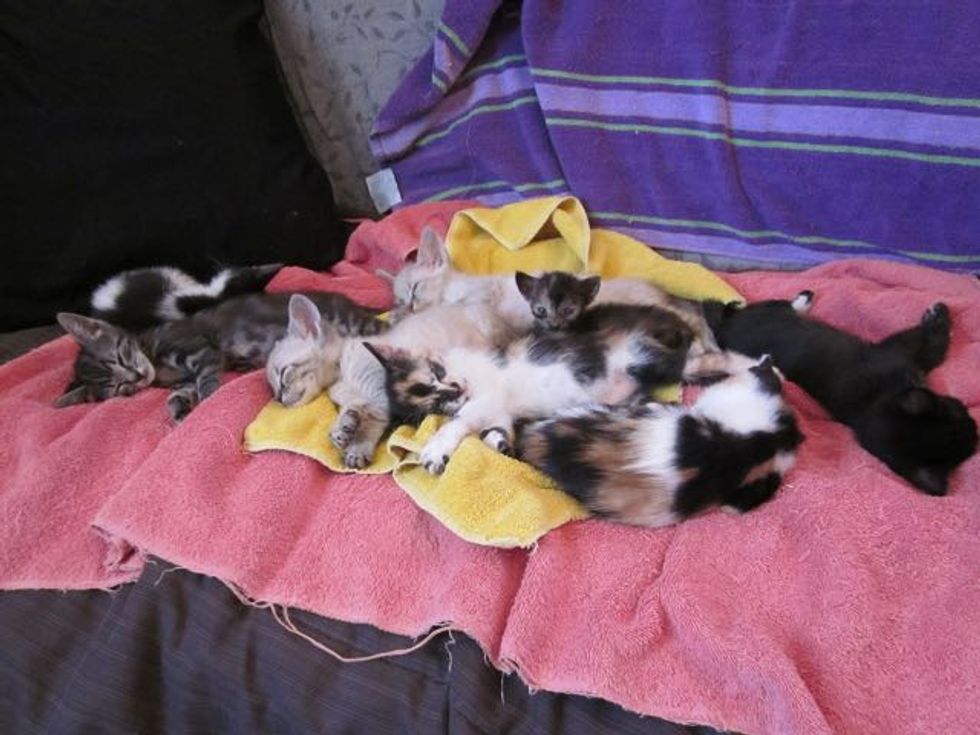 Watch video: It's a cuddle puddle and Blaze gets a bath from another foster kitten :).

Tommy and Blaze have been adopted! 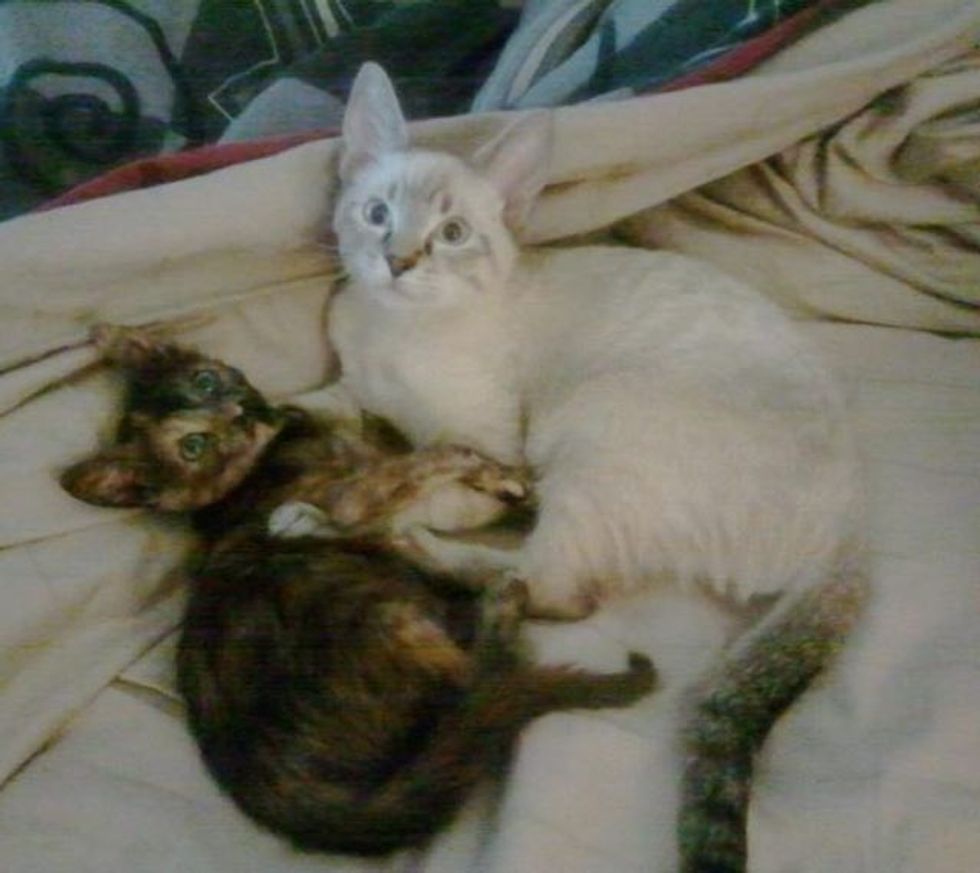 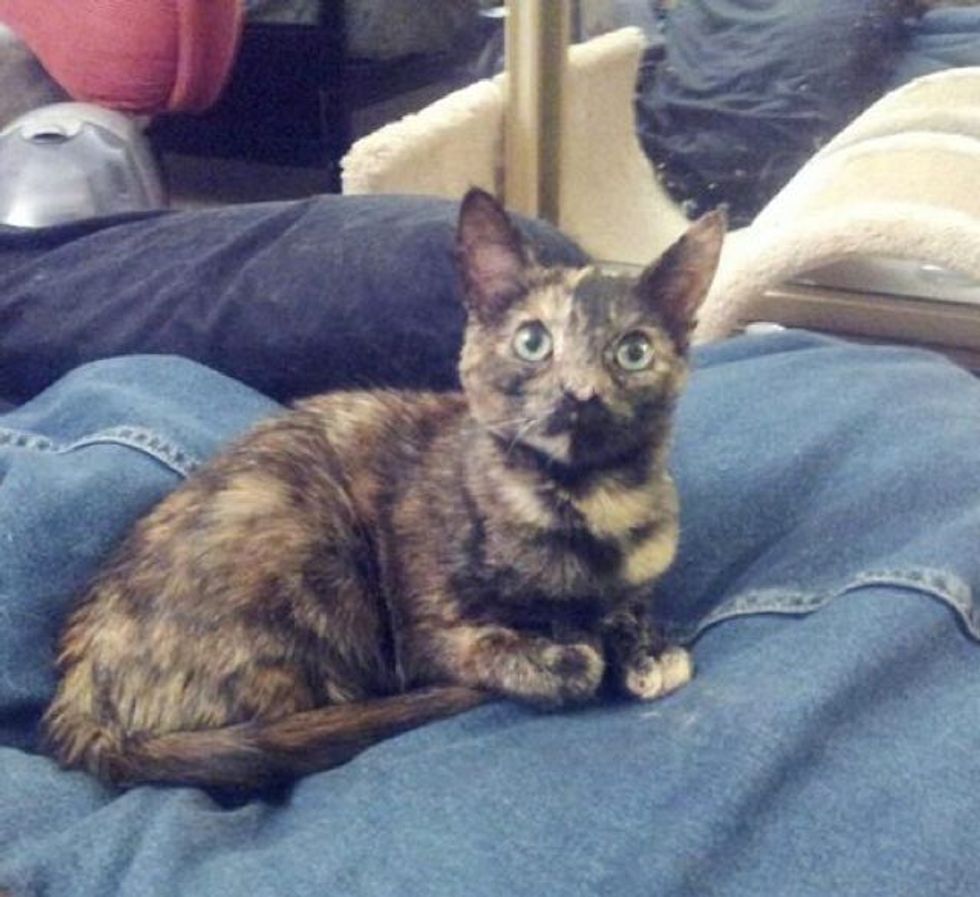