Two ginger brothers who had been in foster care for months, met two tinier kittens. They immediately bonded. 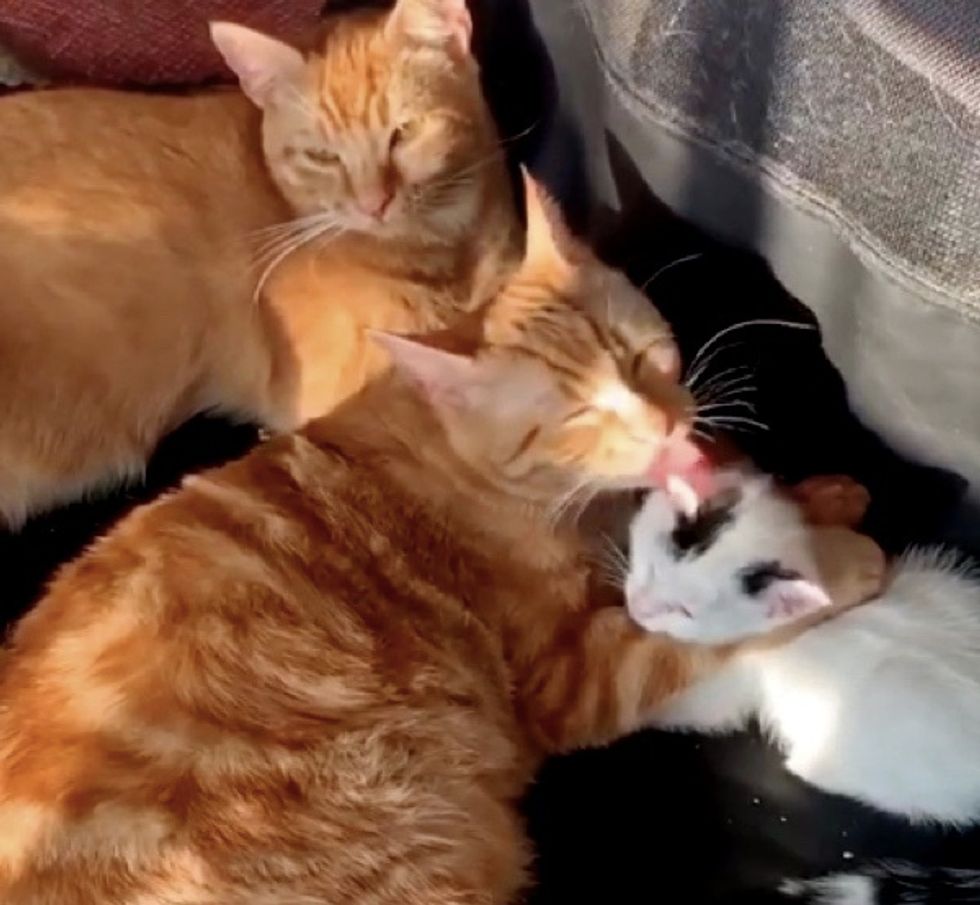 Cardinal and Phoenix, ginger brothers, came from a cat colony in Los Angeles. "They were from a group of cats that were in an abandoned building that was being pulled down," Desiree Stapley of Alley Cat Rescue told Love Meow.

They were shy little kittens when they arrived at their foster home. During the first several weeks, they were scared and constantly huddled up together. It took a long time but once they got to know love and pets, they began to blossom.

"They really love each other so we want to find them a home together. They are the most affectionate cats I have ever met," Drew, 16-year-old TNR rescuer and foster volunteer, told Love Meow. 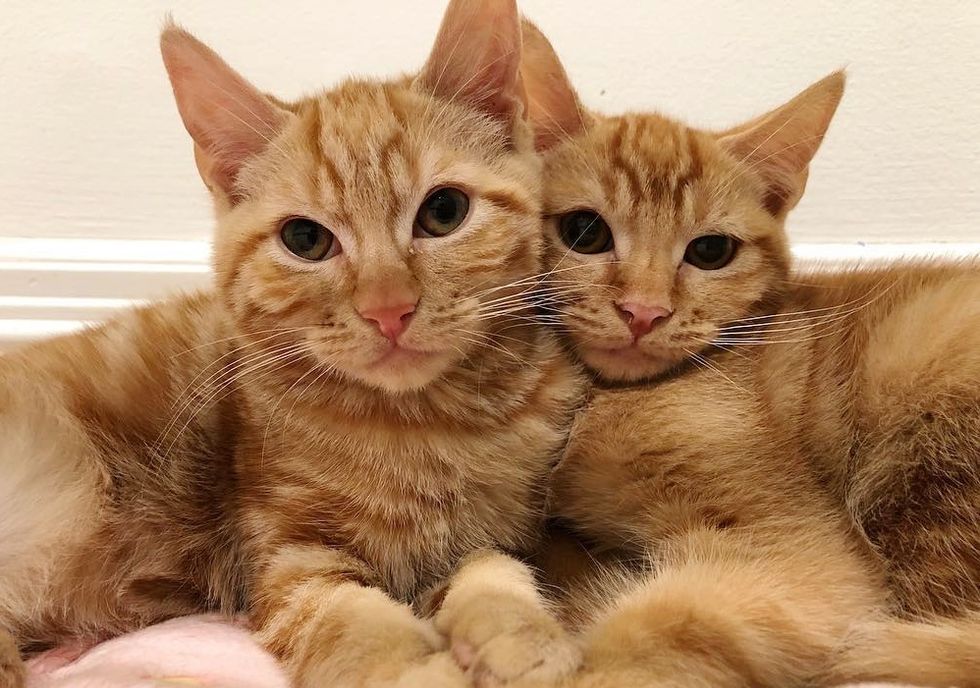 Six months later, they went home with a family but their adoption didn't last. A few days later, Drew was contacted by the microchip company about the two brothers.

Cardinal and Phoenix were surrendered to a different shelter due to "allergy" reasons. 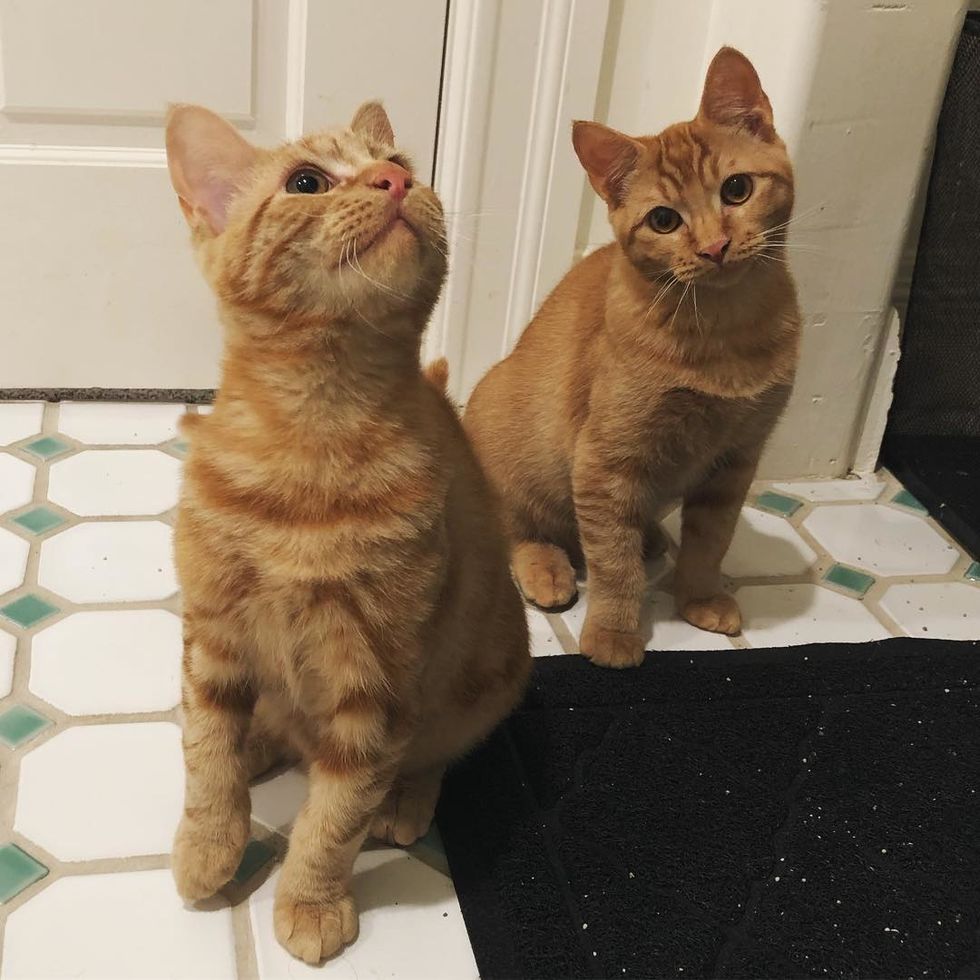 Alley Cat Rescue pulled them from the shelter and took them into their care. Giana, a foster volunteer, welcomed them into her loving home. Over the next few weeks, the two brothers were always together, purring and cuddling.

"They are even more friendly than when they left me, and now again looking for a home," Drew said. 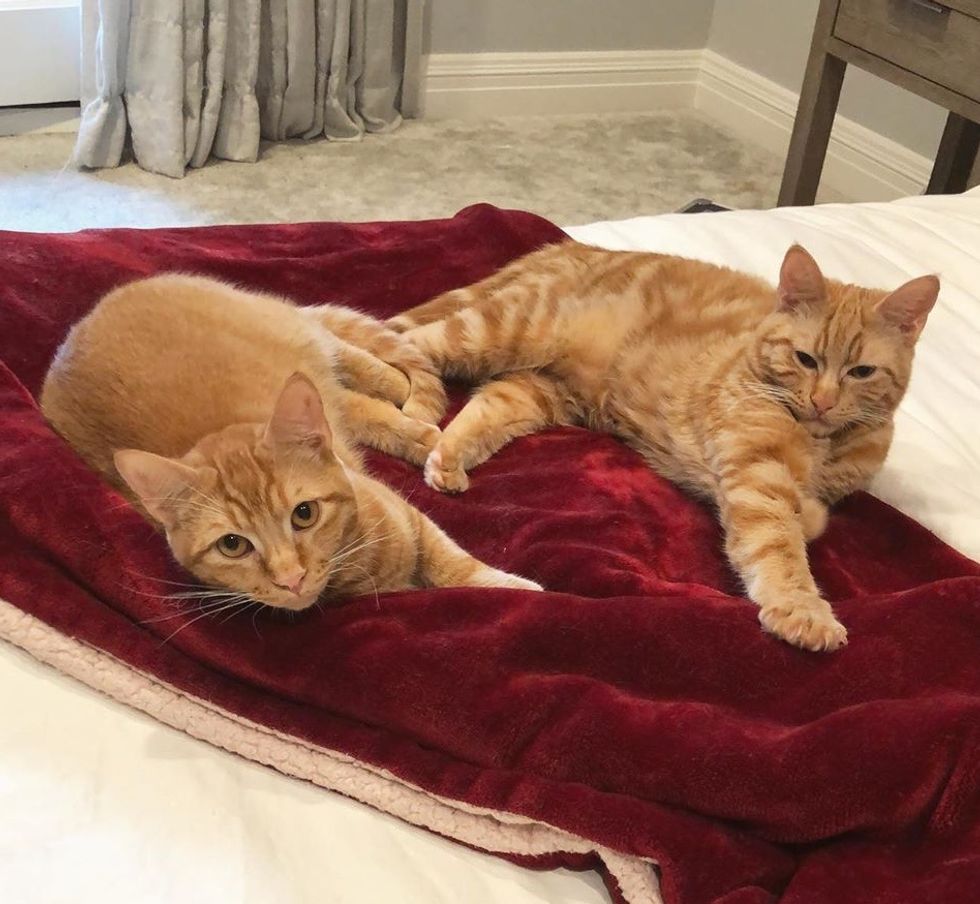 Meanwhile, a pair of young kittens were rescued from a feral colony in the city. Giana brought them home so they could have a chance at a better life.

The two sisters, Luna and Lupita, were nursed back to health and quickly grew in size and strength. 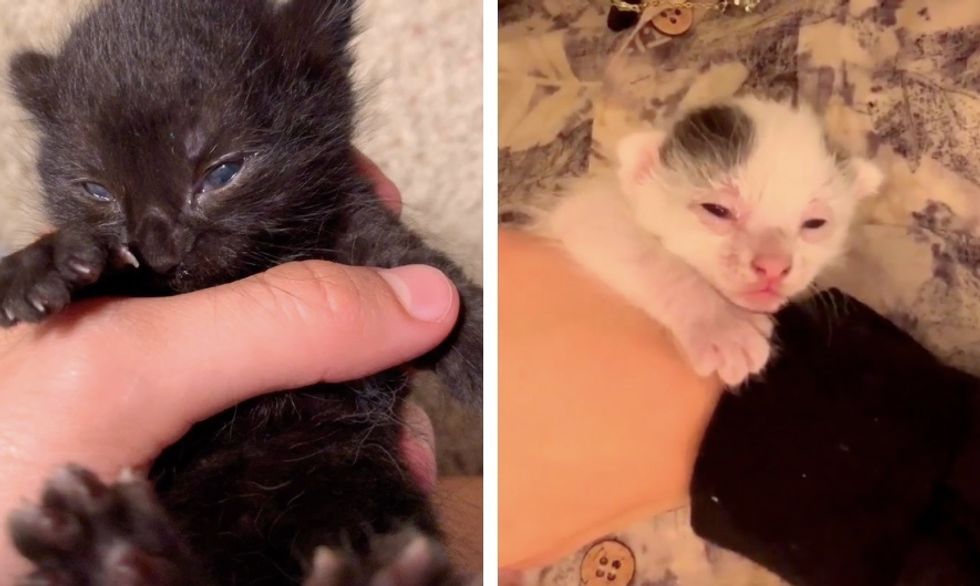 A few weeks later, they moved into their upgraded playpen and started running around, plotting their next escapade as they saw Cardinal and Phoenix in the same room outside the playpen.

"The second day, I woke up to find all four cats cuddling on the floor plus a huge mess in the pen from them escaping, which I didn't mind because it was so cute," Giana told Love Meow. 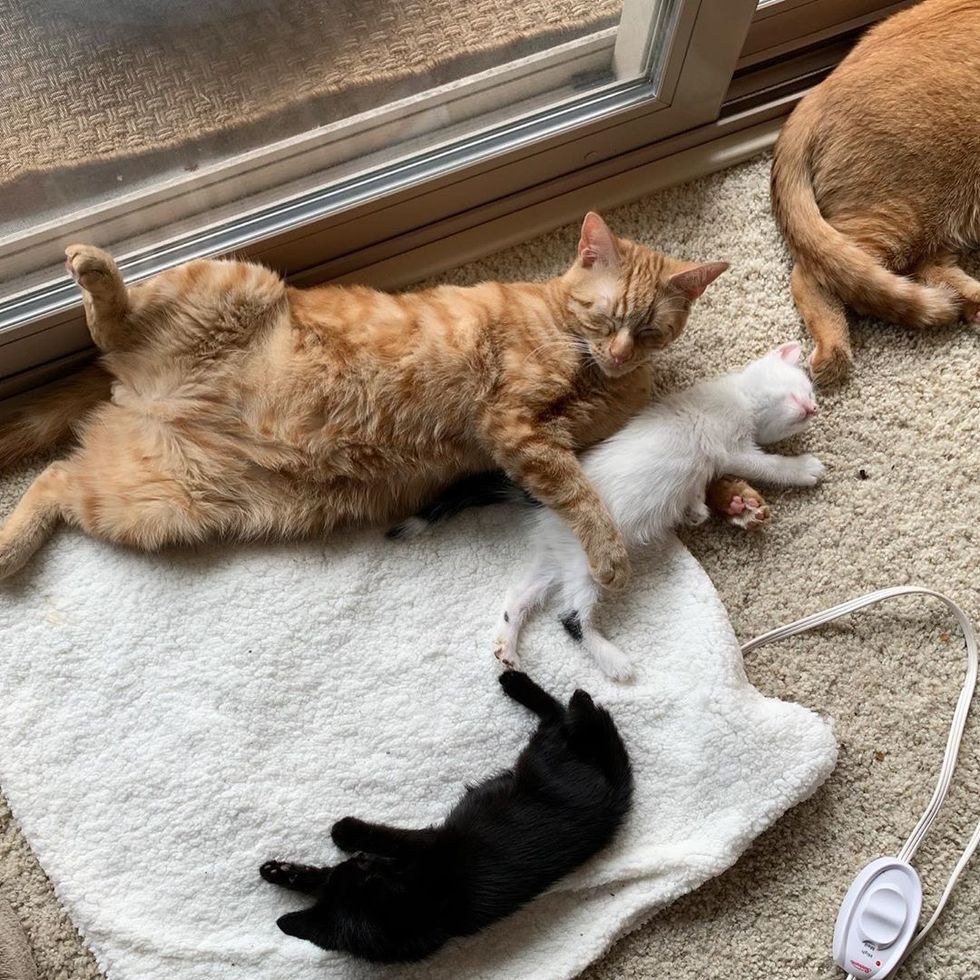 When they all met, it was an instant connection. Cardinal and Phoenix took to them right away and started grooming and cleaning their little friends.

Watch them in this adorable video:

"They provide much-needed comfort for them when I'm not around. I ended up keeping them together in the living room," Giana added.

"They are still constantly together. It's so lovely opening my bedroom door every morning to four friendly babies." 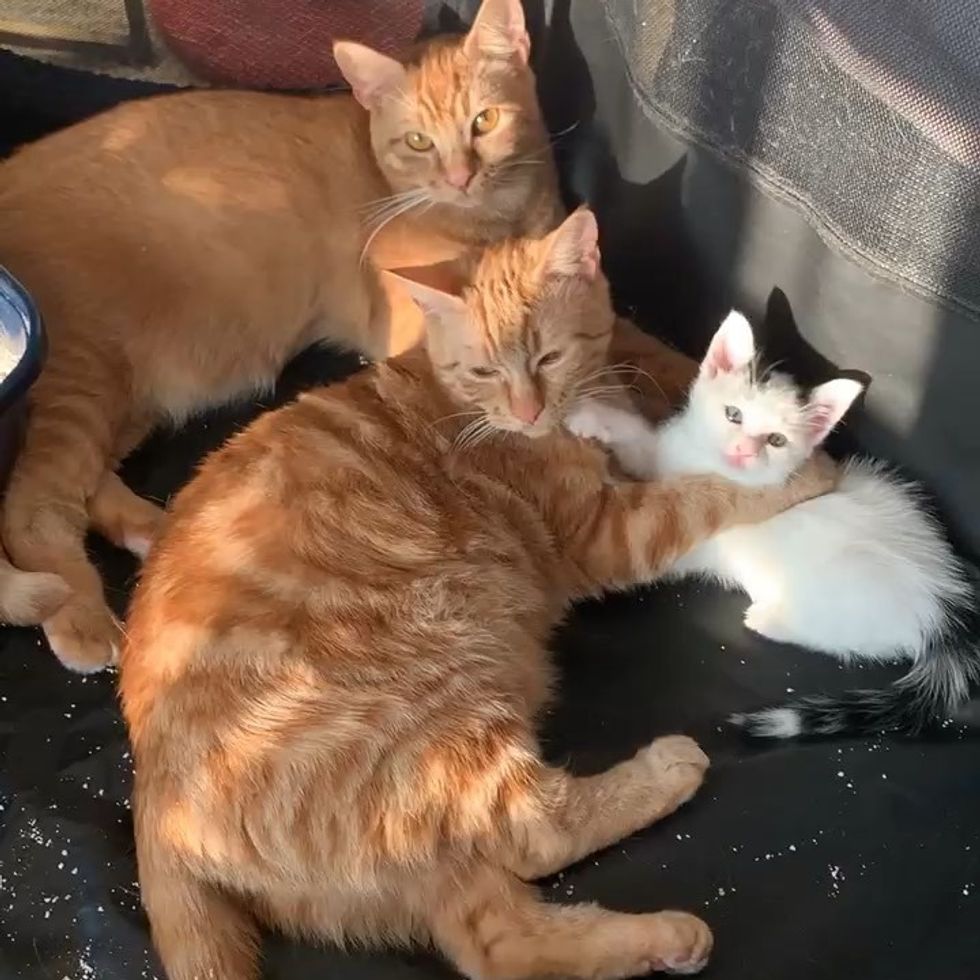 The ginger boys have taken the young kittens under their wing. They cuddle with them when they nap, keep them clean and teach them how to be a cat.

Luna and Lupita are the happiest they have ever been. They look up to their big brothers and follow in their paw-steps. 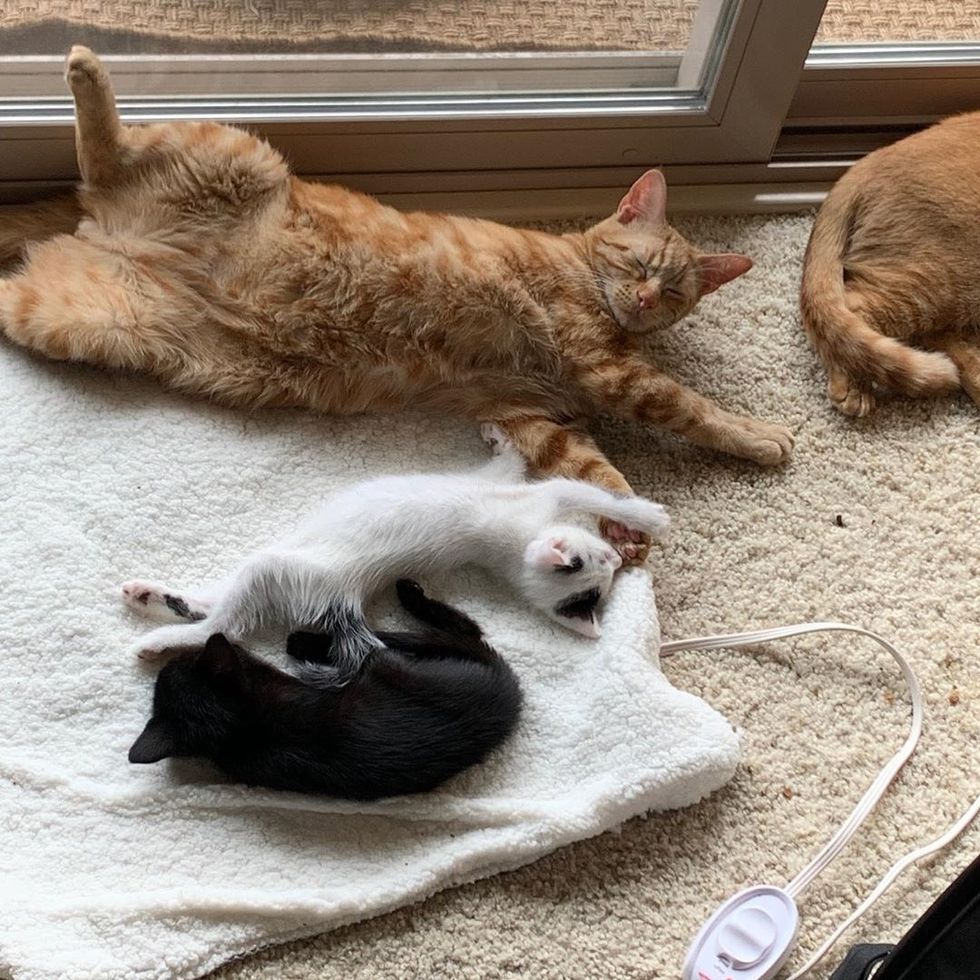 "Cardinal purrs when he's held and if you put him in your lap, he'll stay for snuggles. Phoenix is more shy than his brother but will still love you just as much," Giana said. "They love the company of other cats and kittens."

The ginger boys are giving their little sisters the same love they received when they were rescued. 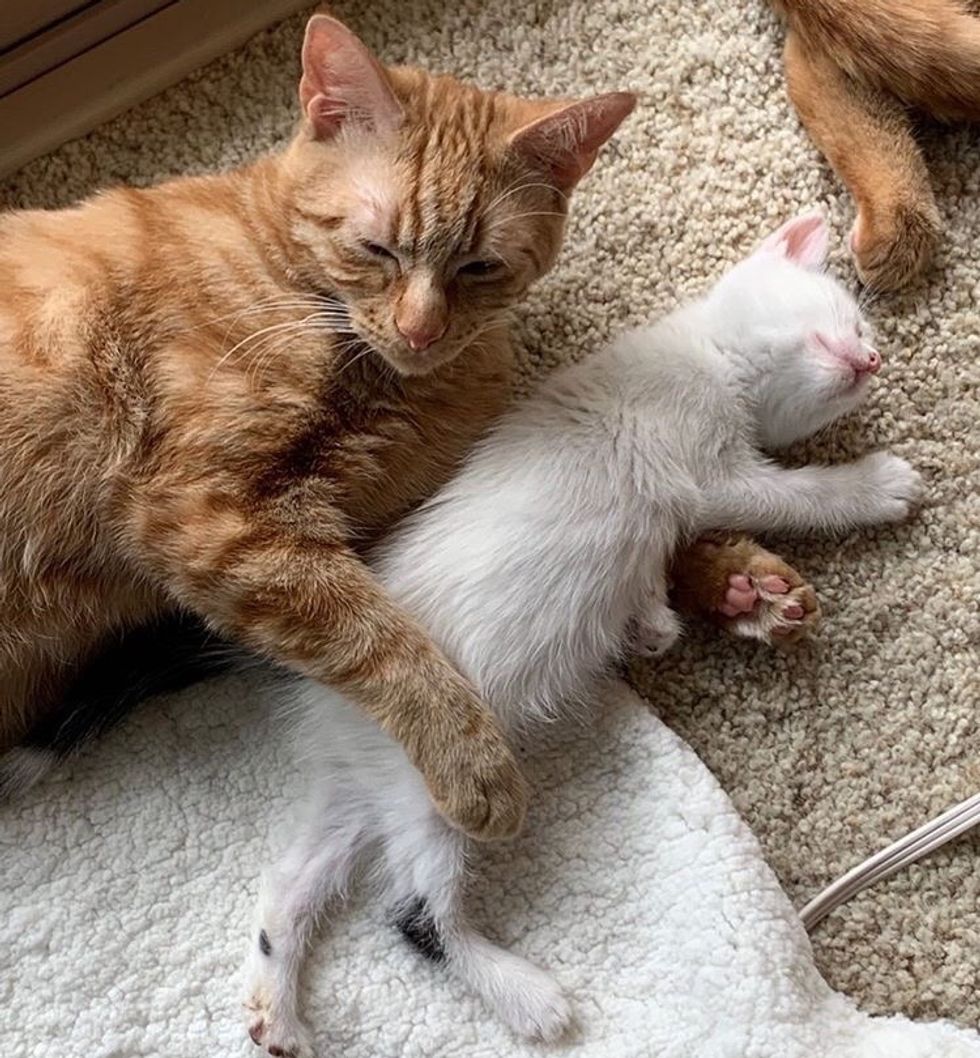 After more than half a year in foster care, Cardinal and Phoenix are more than ready to find a place to call their very own.

"These two boys will love you forever if you decide to welcome them into your home!" 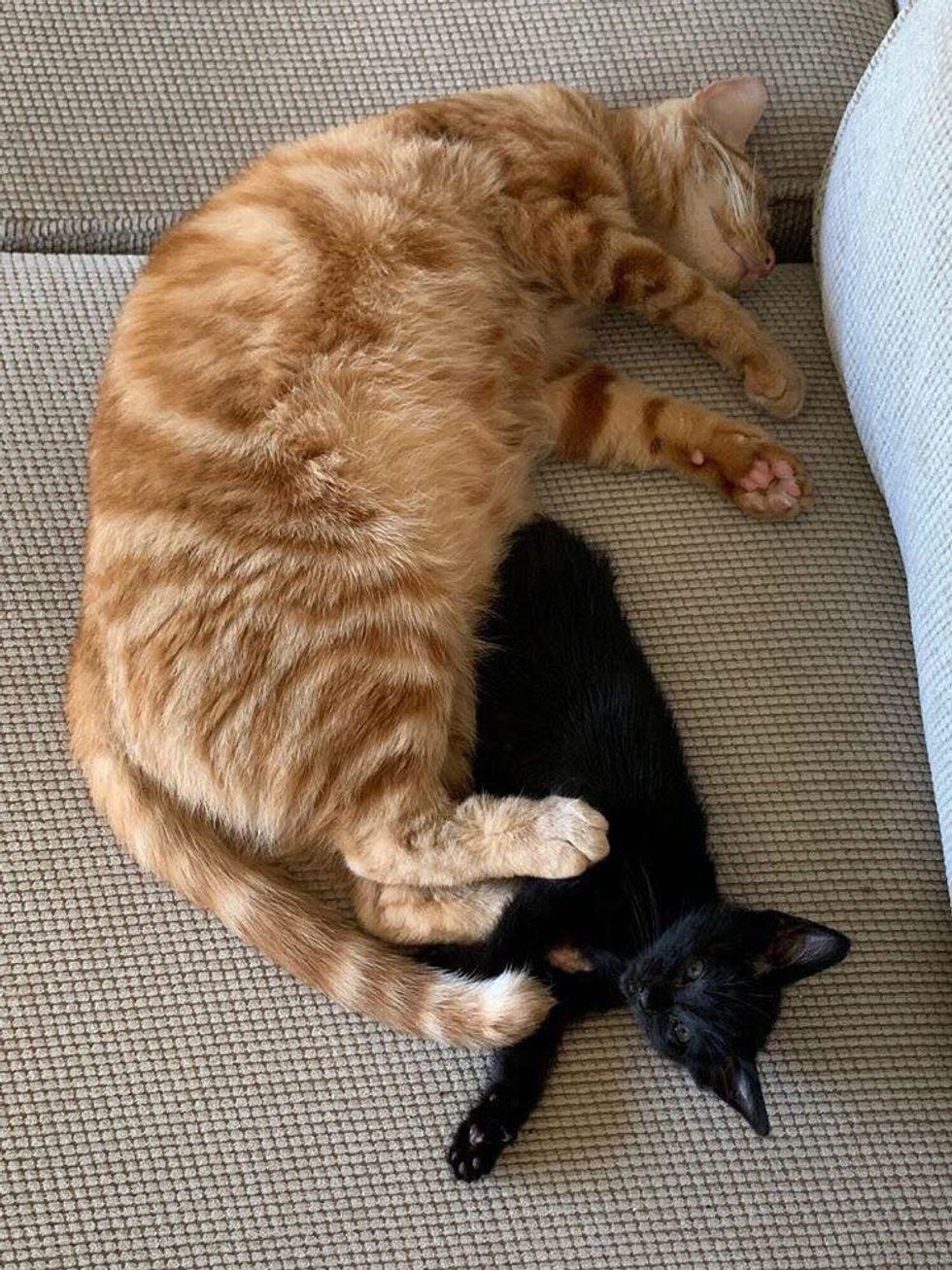