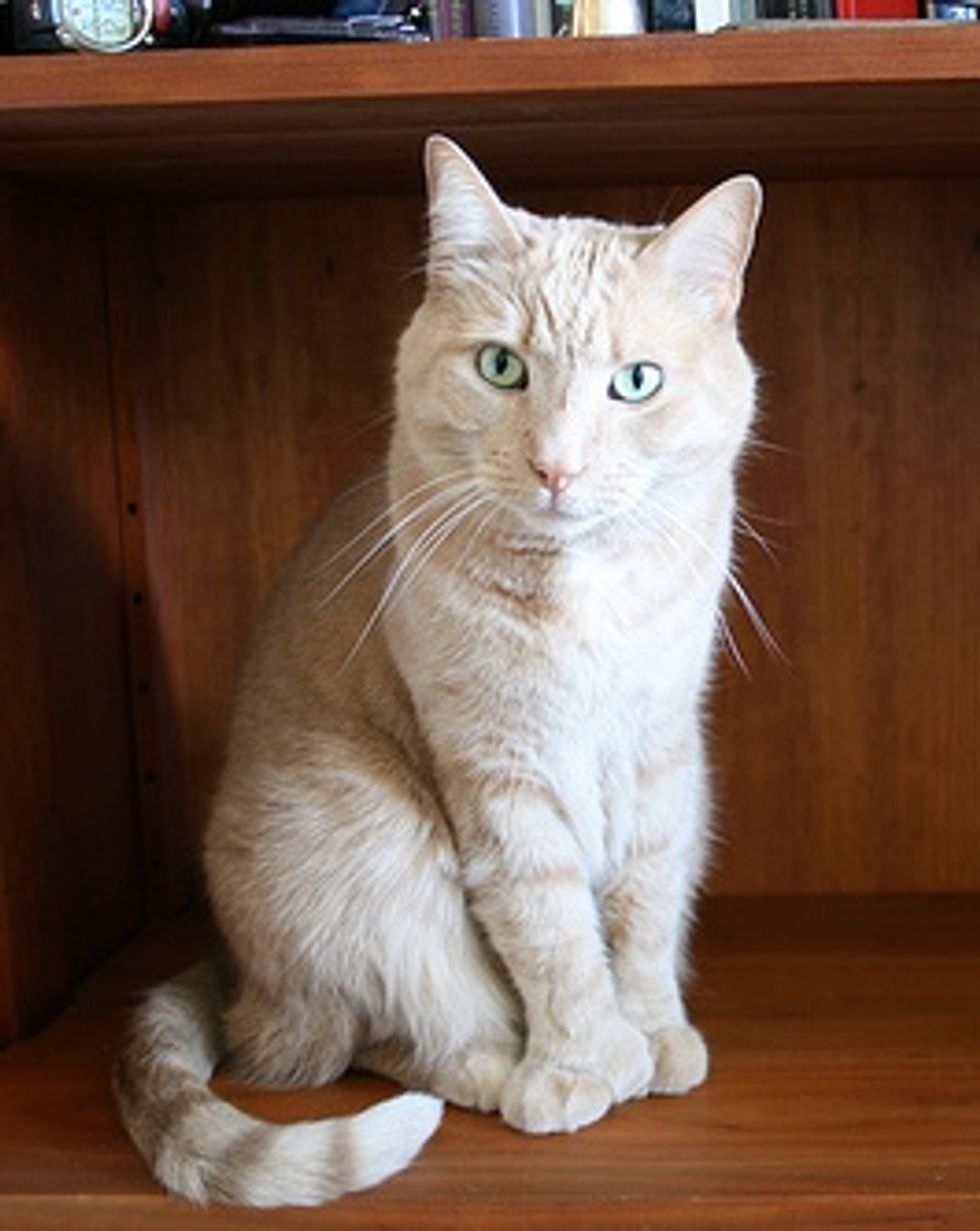 Cat with 6 or 7 Toes, Polydactyl Cat

Cats normally have five toes on each front paw and four toes on each rear paw, but there is a number of cats that were born with one or more additional toes on their paws. They are called the polydactyl cat.

Ernest Hemingway was famous for his penchant for polydactyl cats. He received a six-toed cat from a sailing captain and fell in love with it ever since. After his death, his home was turned into a museum and a sanctuary for his cats. The cats resided there for generations and approximately half of the descendants were polydactyl cats. Hemingway's love for polydactyl cats helped coin the slang, Hemingway cat or Hemingway, for these animals.

Polydactyl cats were born with a genetic mutation that changes their anatomical structure of having more than the normal number of toes on their paws. Usually polydactyl cats have six to seven toes on each front paw and/or hind paw. However, it is more common to find a polydactyl cat with more toes on the front paws than one that has only polydactyl hind paws.

Hemingway is not the only nickname to describe polydactyl cats. They are often called mitten foot, mitten cat, boxers, boxing cats, thumb cats, Cardi-cats, and so forth.

Some polydactyl cats may take a longer learning curve to learn to walk and climb than cats with normal number of digits on their paws. However, there are many cases where polydactyl cats have shown superior dexterity. Since they have six or seven toes, the extra toe(s) make it much easier for them to open latches or catch items with only one paw.

Polydactyl cats are most commonly found in the eastern coast of the United States and South West England.