Four months ago, a tiny kitten was spotted outside a local business, lying motionless with crust all over her eyes.

Employees who found her, thought that she didn't make it. 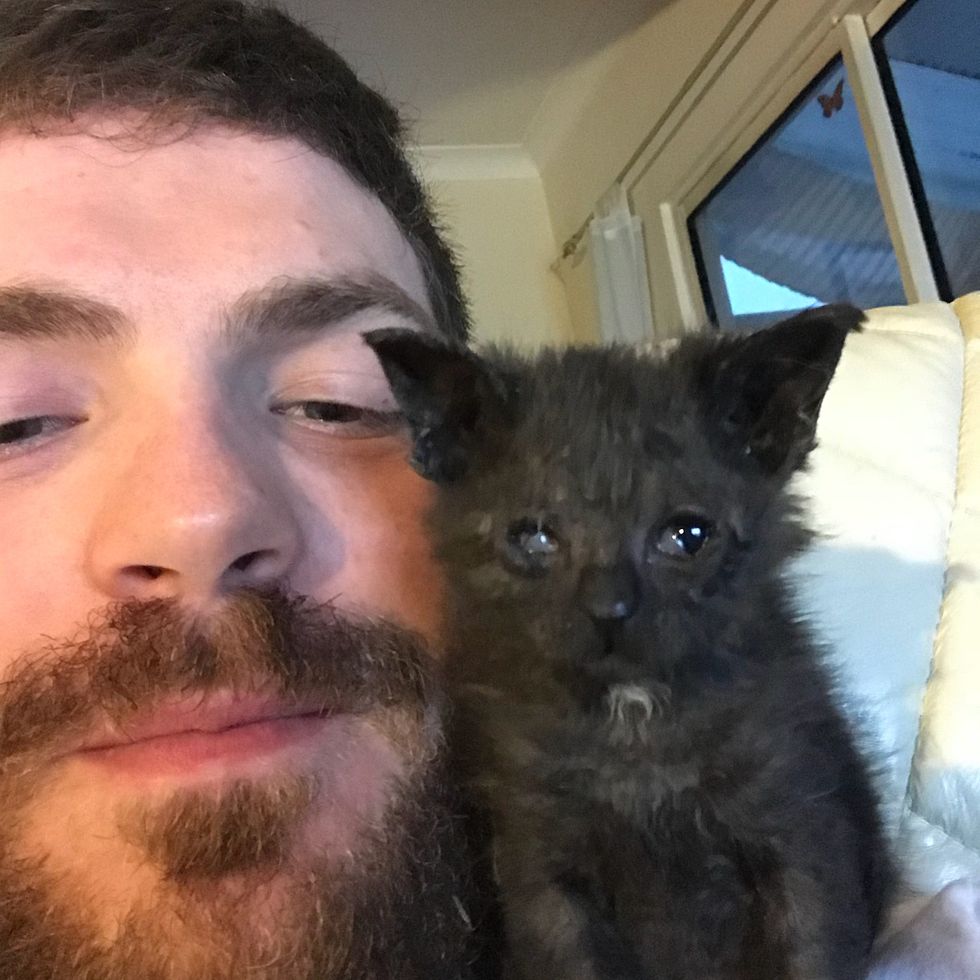 Cat Haven, a rescue group in Crosshaven, Ireland, got a call about the young kitten. "As we are the closest rescue, we said we would come along and make sure the body was dealt with in the correct manner," Owen Collins of Cat Haven told Love Meow.

When Owen got there, the kitten was not moving, but upon closer inspection, he saw her breathe very faintly. Though she was ice-cold, he knew that he still had a chance to save her. "We rushed her straight to our vets, The Animal Care Hospital Douglas."

They warmed her up, cleaned her eyes that were glued shut from untreated cat flu. One of her eyes was so damaged that the vet was afraid it couldn't be saved. 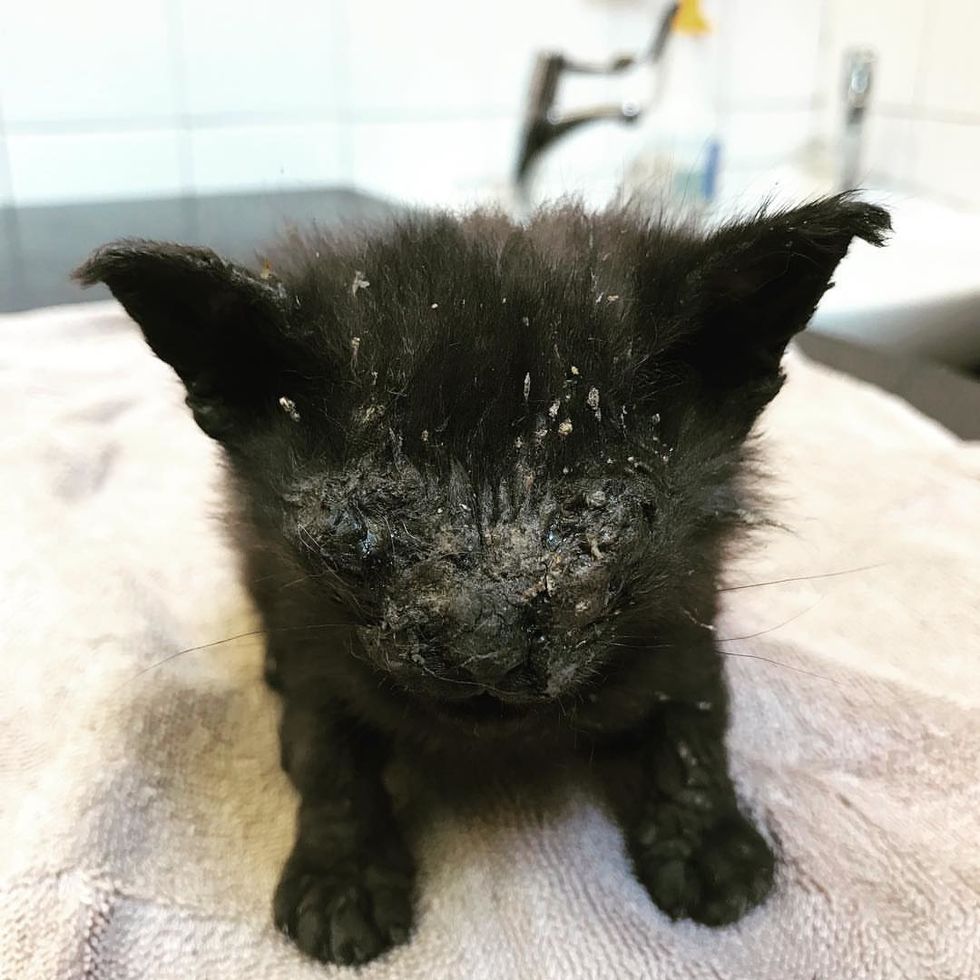 "They told me the next 24 hours were vital but not to expect anything in terms of her surviving. I took her home and set her up in our house so I could watch her 24/7," Owen said.

They named the 4-week-old kitten Spike. 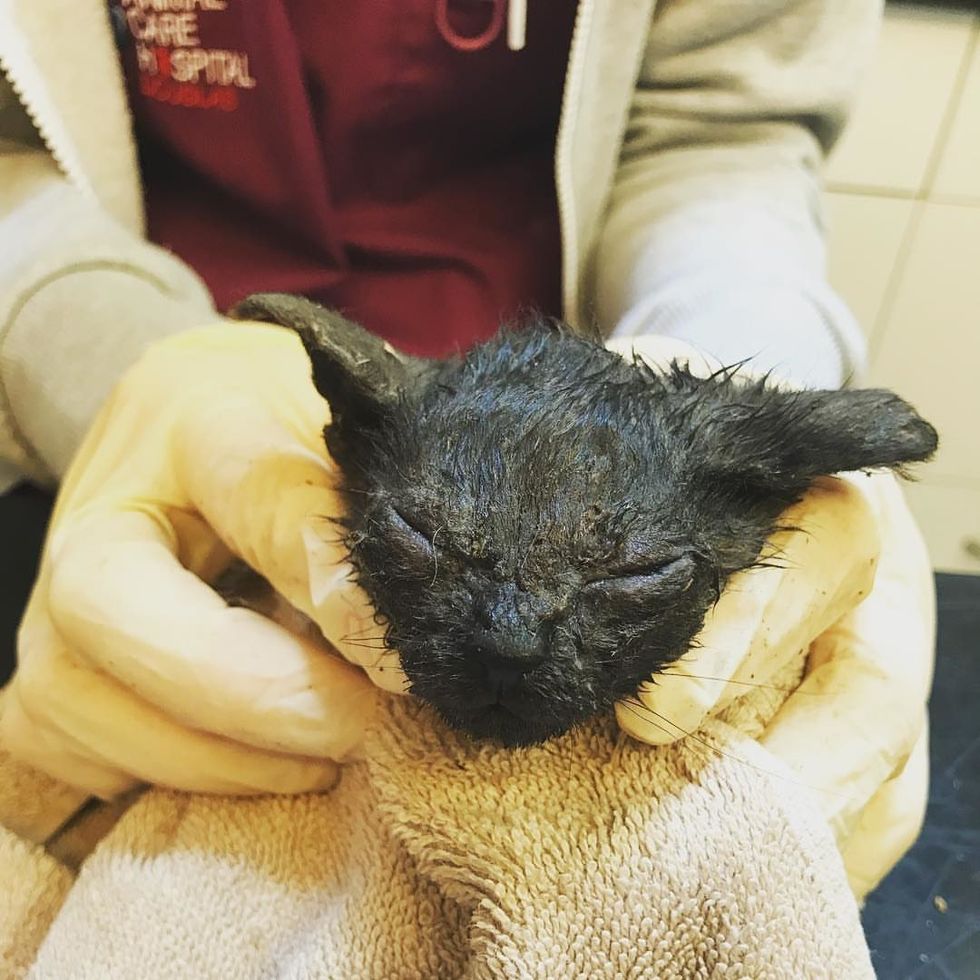 Not only did Spike make it through the first night but things began to look up. Over the next week, Owen kept the kitten close to him at all times, feeding, caring and cuddling with her, making sure that she felt safe and loved.

"She made massive strides and was finally able to keep her good eye open fully," Owen told Love Meow. "We knew after about three weeks of constant care and medication that she was going to survive, but her eyes were our biggest issue." 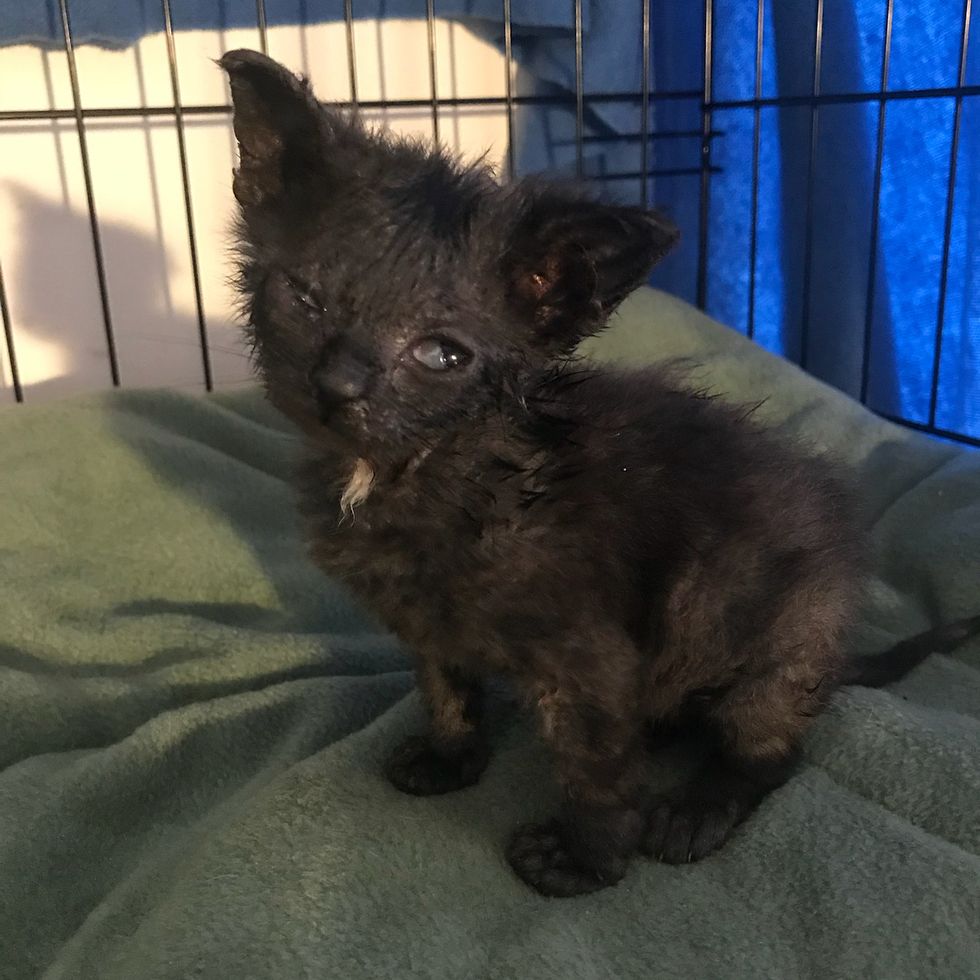 While many thought that the kitten would lose her other eye, the little fighter was determined to prove them wrong.

"She kept getting better. The second eye was finally open at about nine weeks. Though she was completely blind in that eye, no removal of the eye was needed," Owen said. 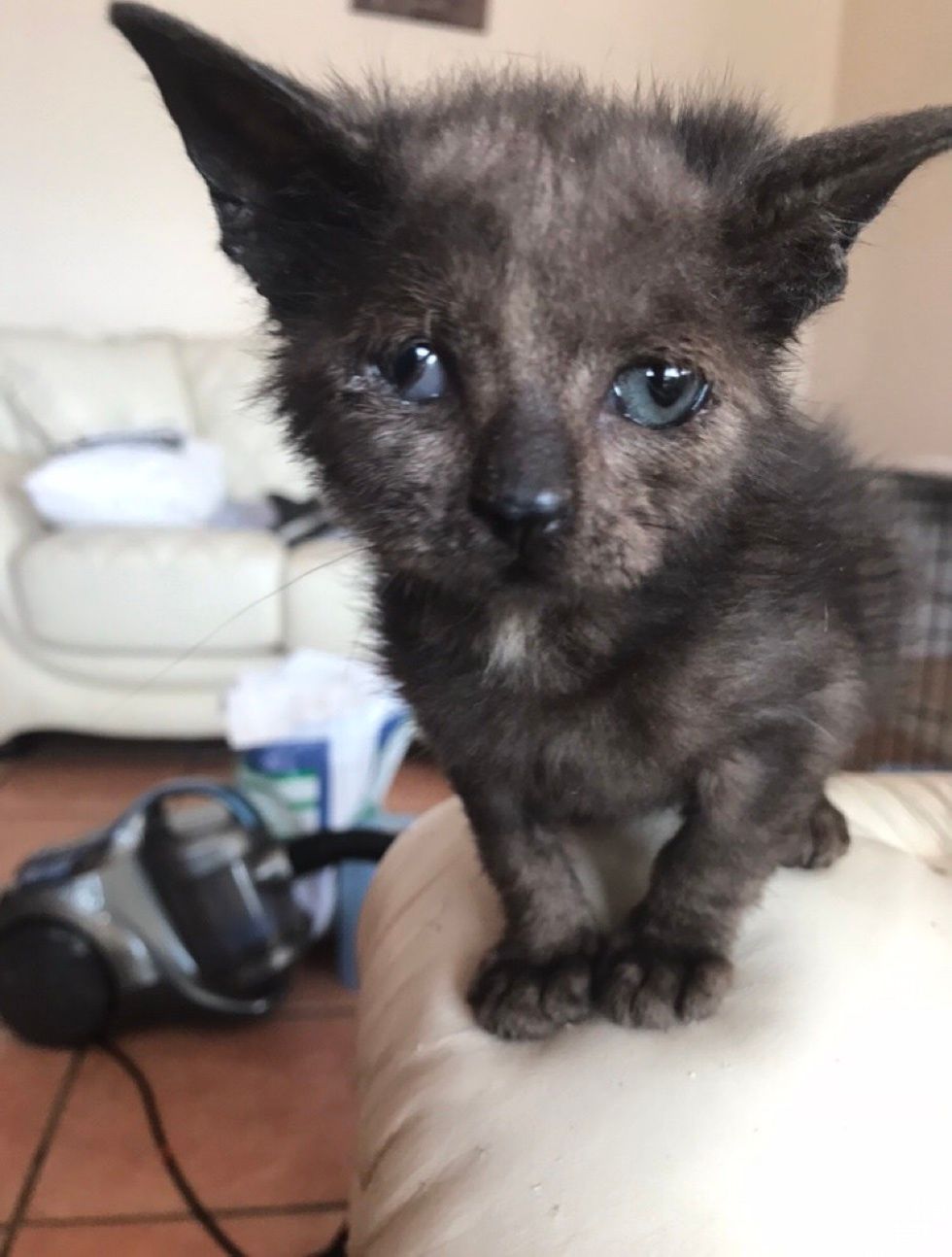 As the kitten got stronger each day, she became more attached to her rescuer and would follow him around the house. "I also grew massively close to her. I think it was meant to be that I went to get her that day."

Spike has found her forever home with the guy who saved her life. 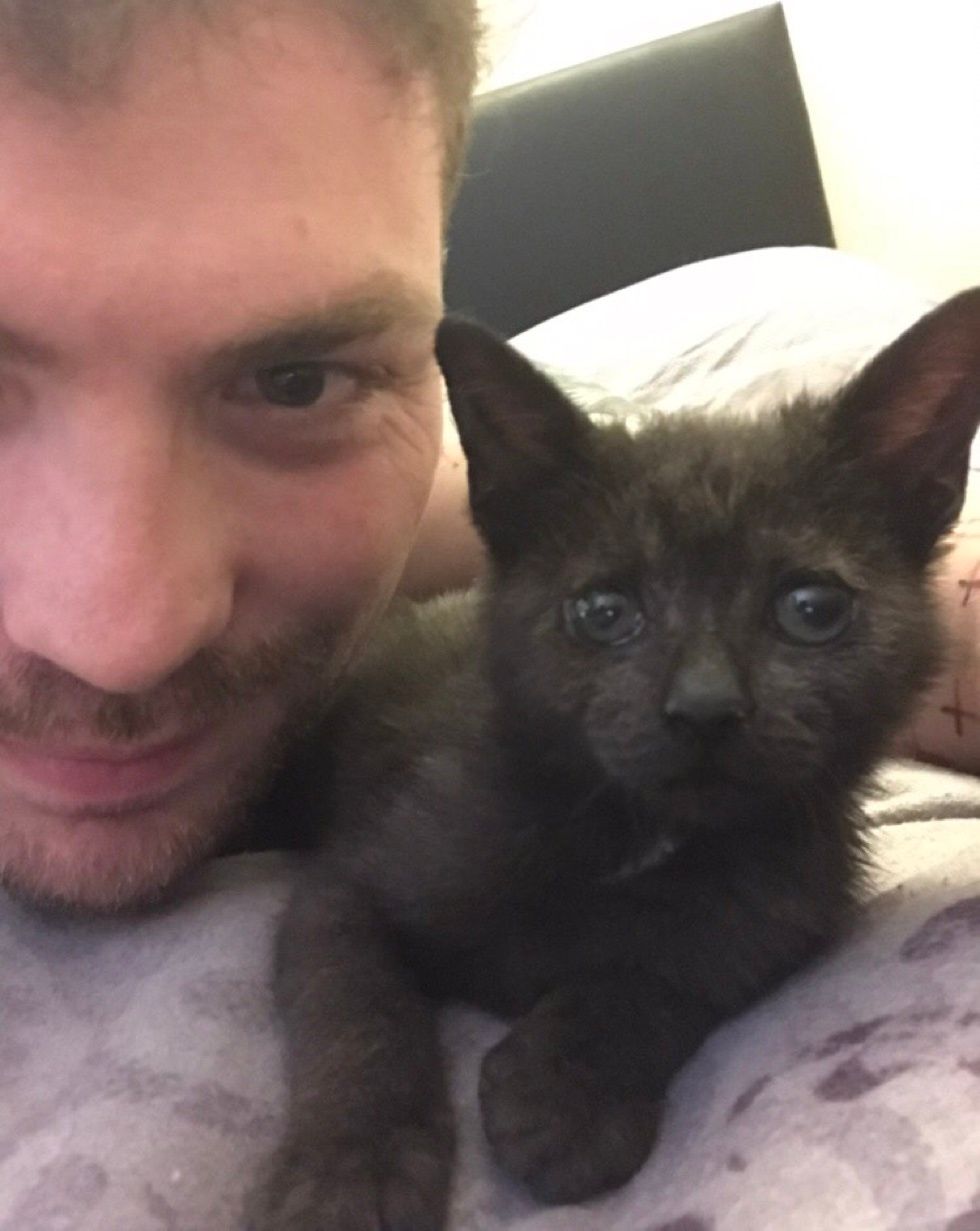 "Spike comes charging up to me when I get home from work and just sits and purrs for ages," Owen told Love Meow.

"We sit out on the balcony together, watch soccer on TV and I have even taken her on walks on a leash and harness. She is a special kitten, and we were meant to cross each other's paths." 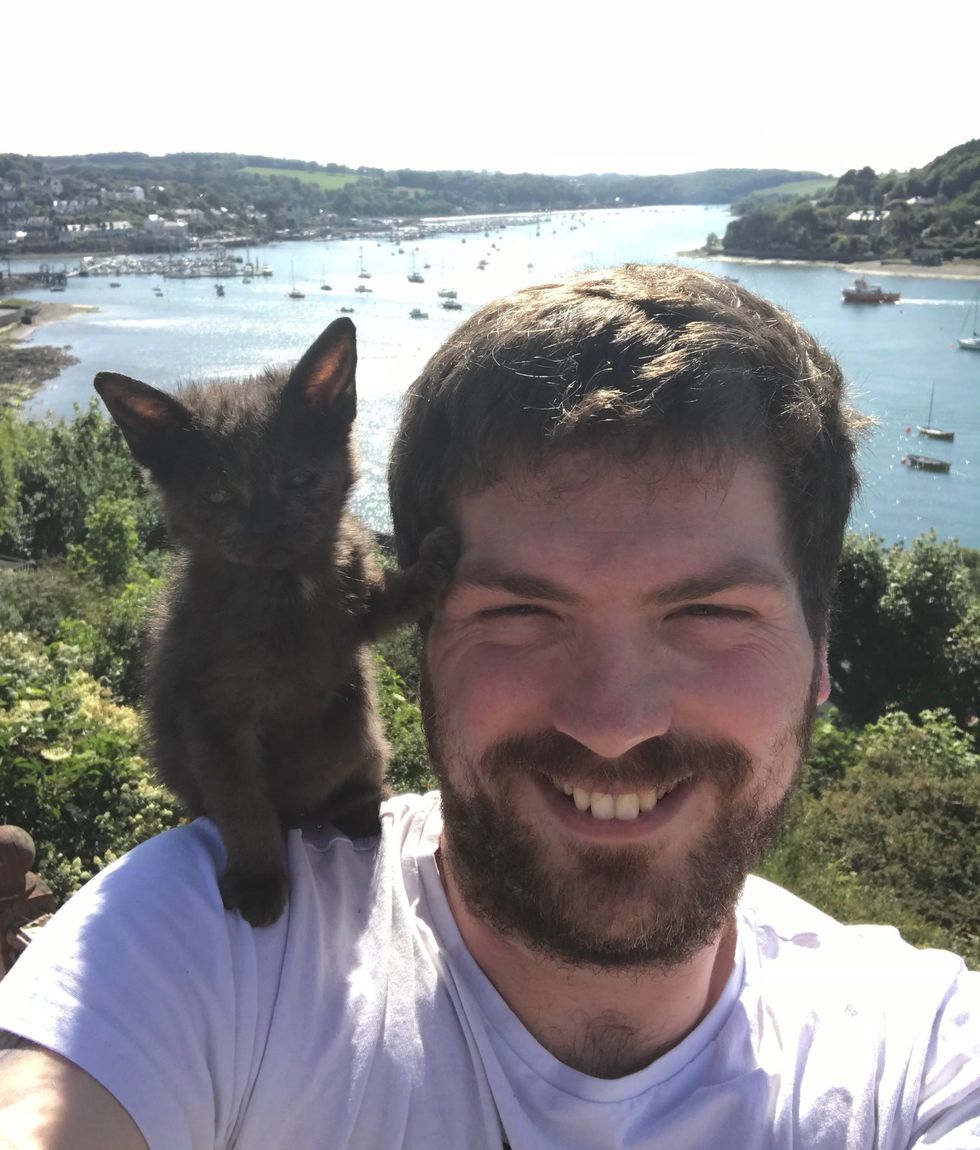 "She sleeps with us every night on my neck," Owen added.

"My partner Elaine always says I love Spike more than anything in the world, and she may be right." 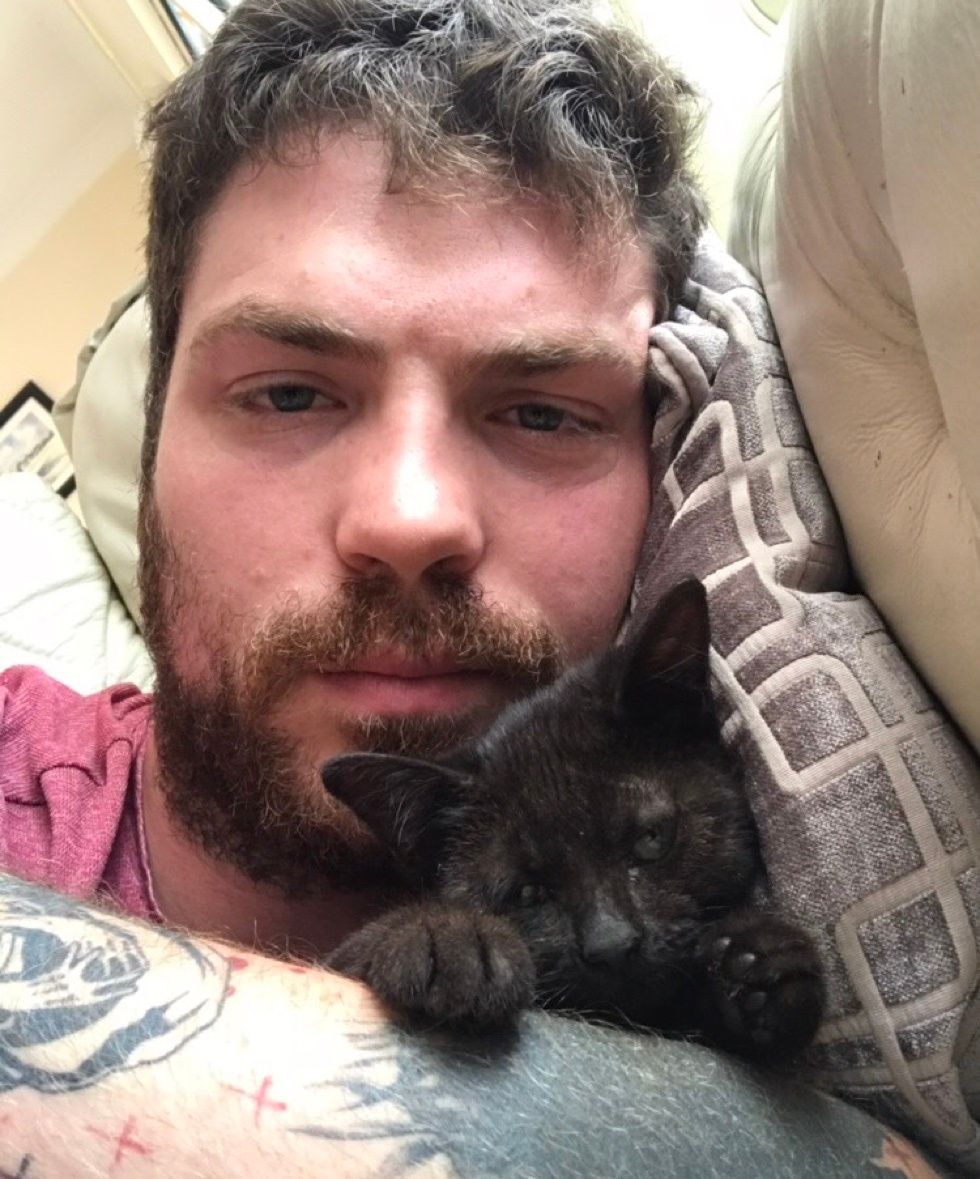 Spike has made an amazing recovery.

"She showed so much fight to survive despite her terrible start to life. She is very much the poster child of Cat Haven and stands for everything we do." 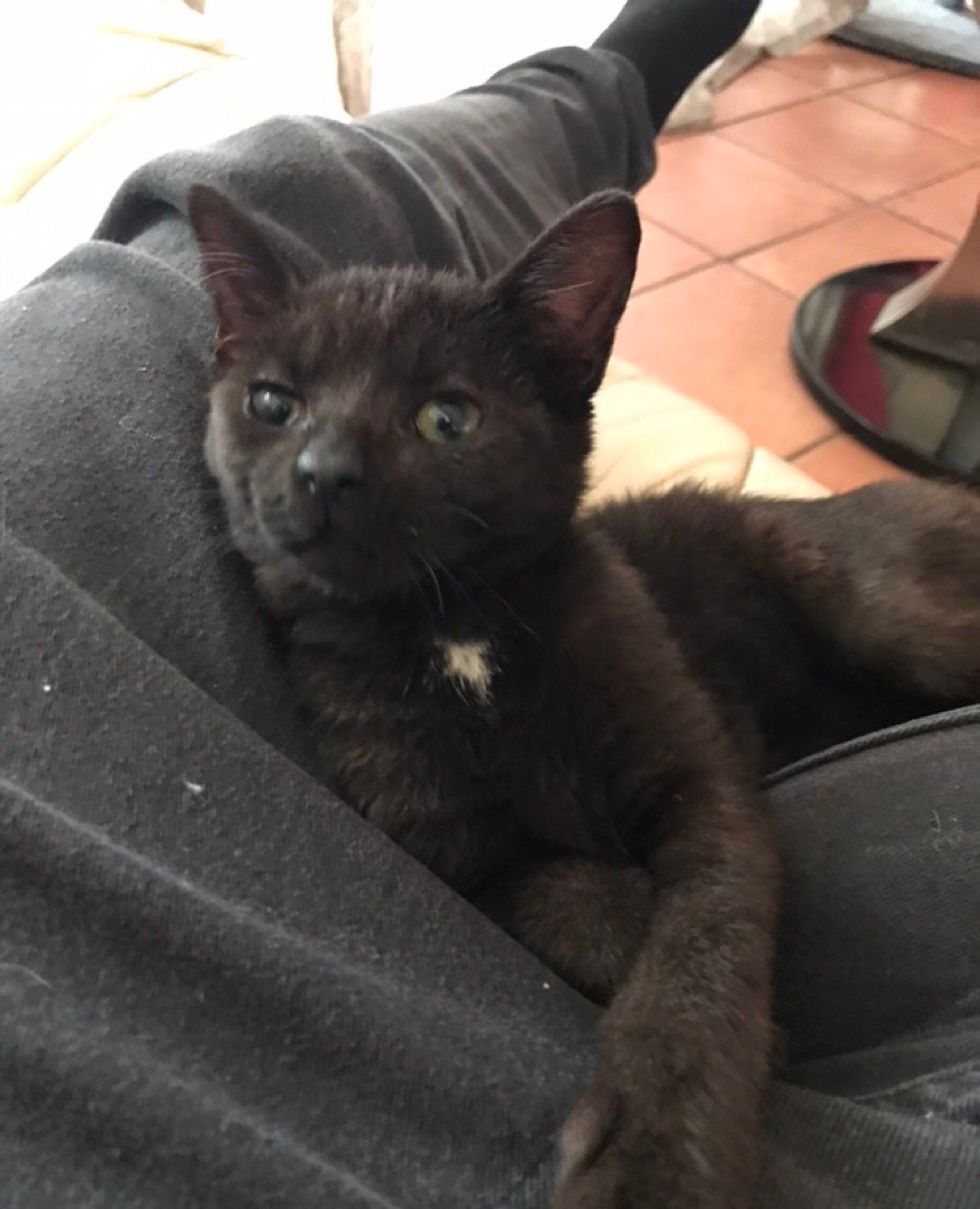 At five months old, Spike has grown to be a gorgeous kitty who loves people and other animals.

"She loves cuddles and is an absolute purr monster," Owen said. "It's amazing what the correct care and a bit of TLC can do." 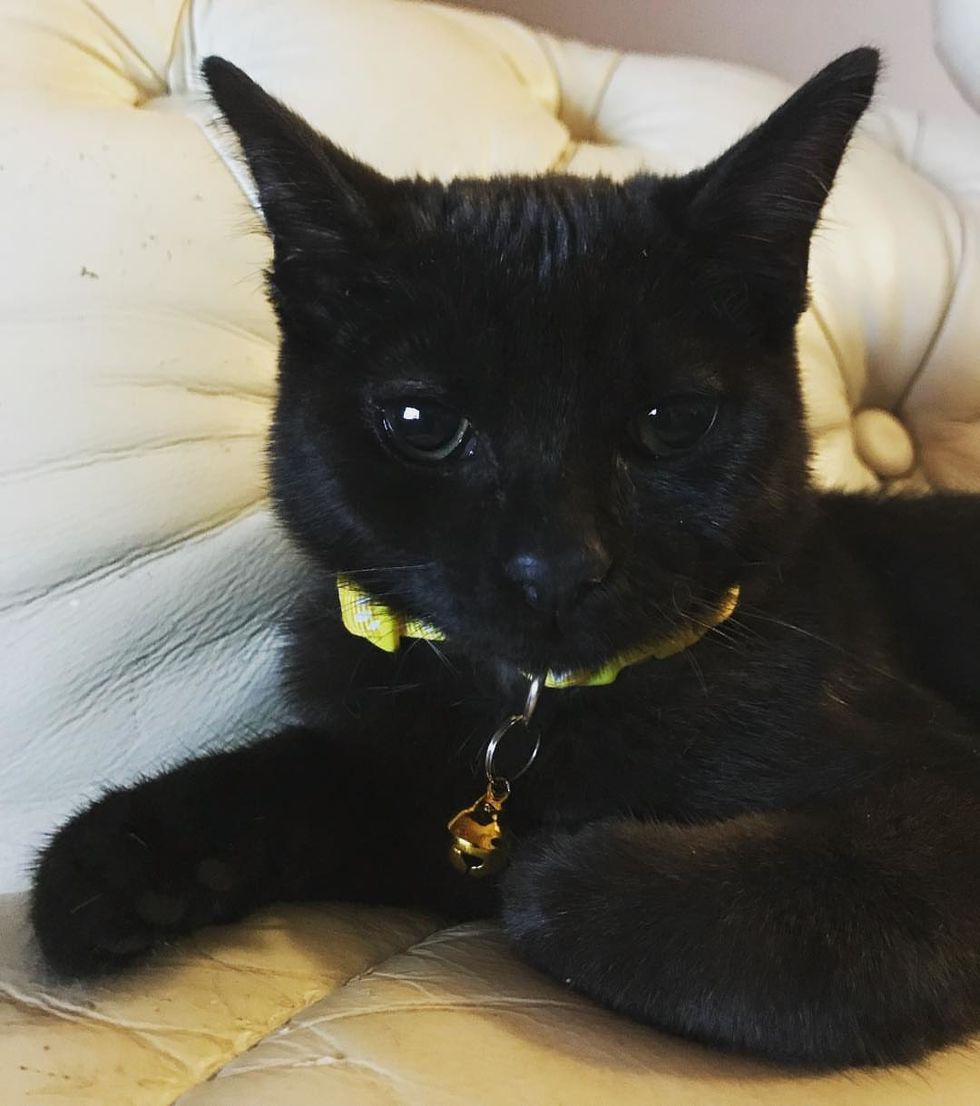 Related story: Man Saved What He Thought Was Kitten Until He Saw the Big Paws