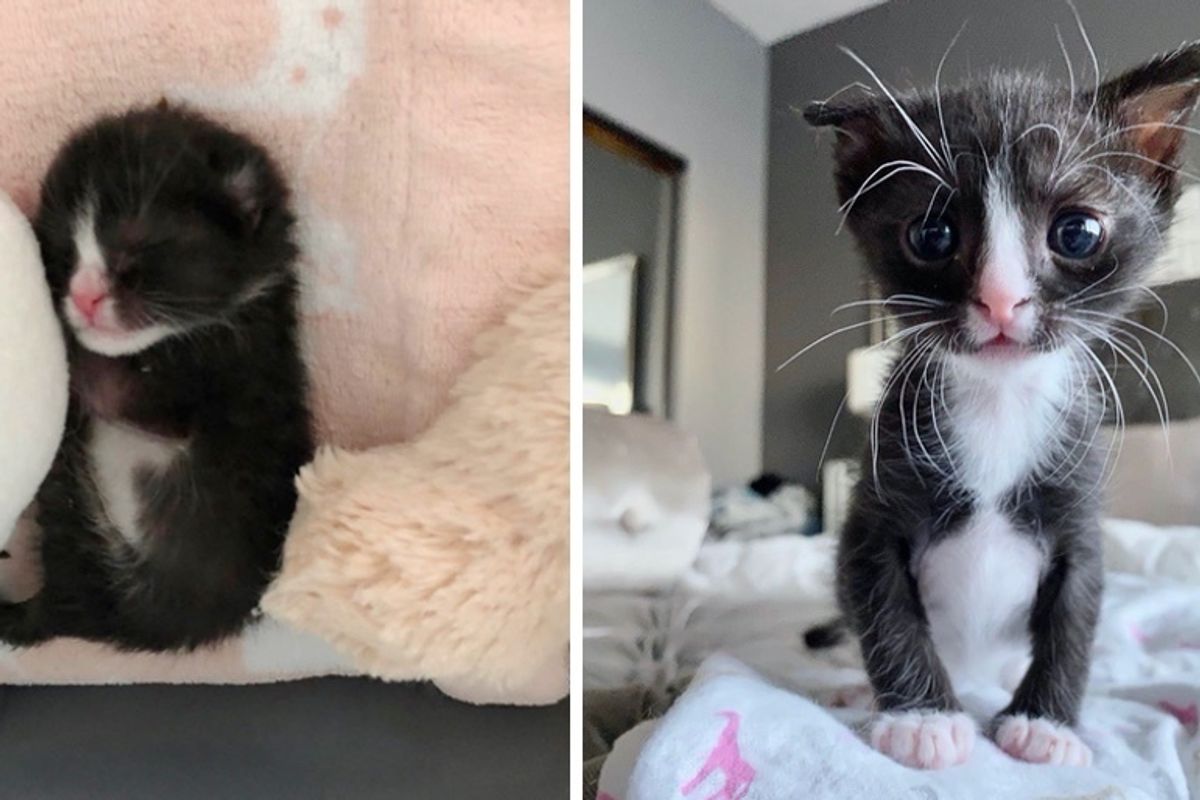 Kitten Brought Back from the Brink, is Determined to Thrive

An orphaned kitten was given a second chance at life. She was determined to thrive. 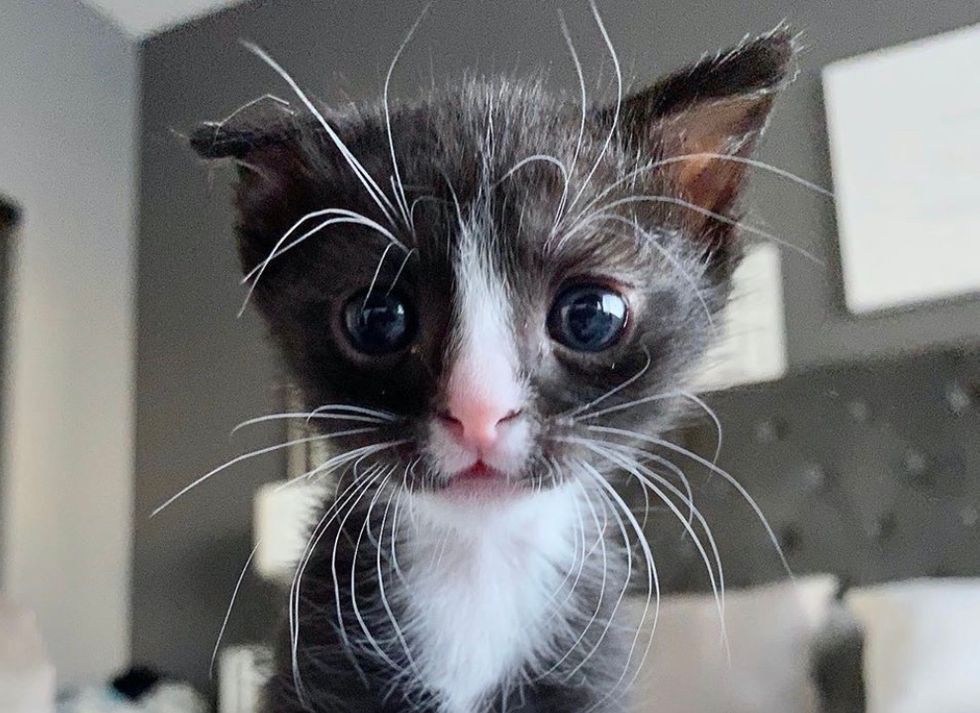 A tuxedo kitten was brought to a shelter in Las Vegas along with her feline brother. They were cold and barely responsive when they were found outside with no sight of a cat mom. At just 1-2 days old, they were in desperate need of foster care.

Patricia Lika, a foster volunteer, stepped up to help. Despite her very best efforts to save them, the little brother was too weak to hang on and eventually lost his fight.

The tiny tuxedo soldiered on and was determined to live. She latched on to eat and wouldn't stop until her belly was round and full. 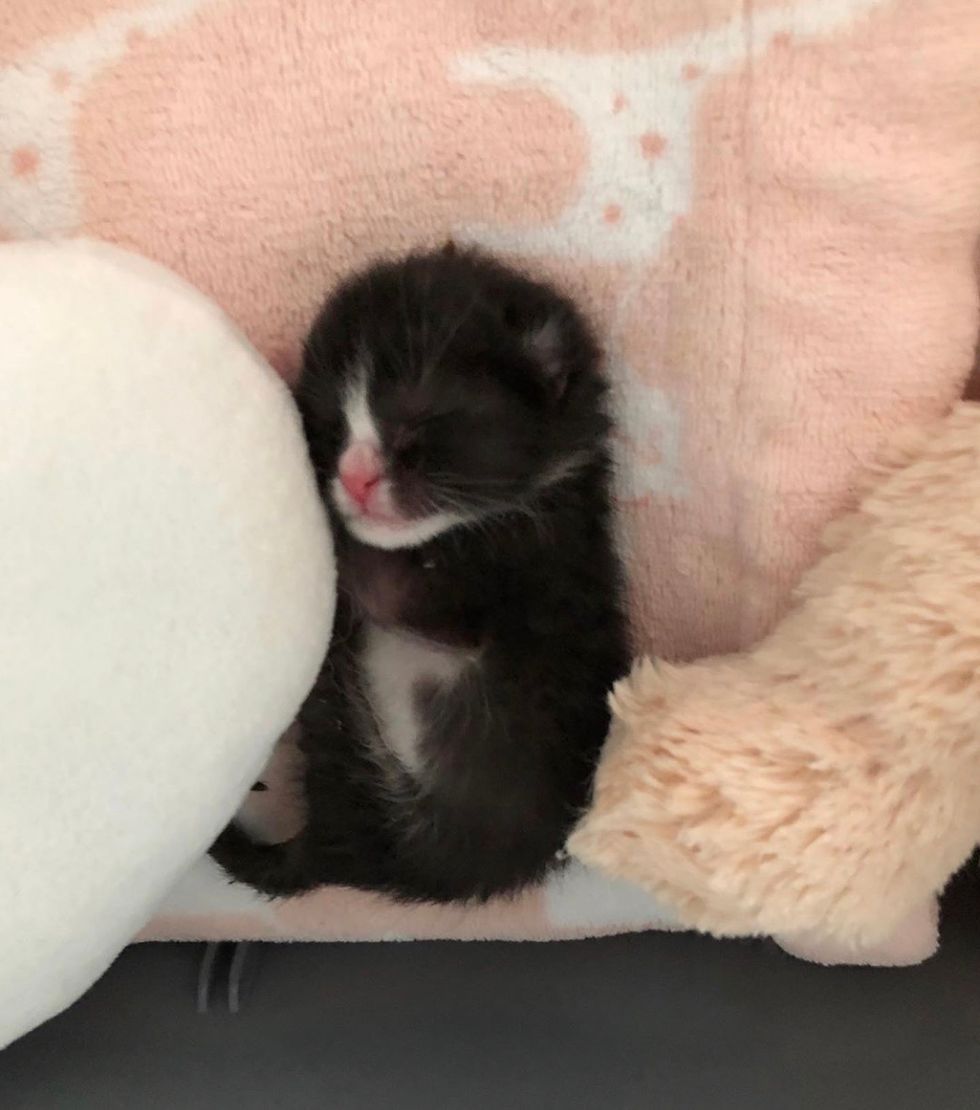 Patricia named her Zoey, which in Greek, means life. Overnight, the tuxedo bounced back from the brink. She had an incredible fighting spirit for being just 78 grams of fluff.

"Zoey continued to thrive. She became stronger and was gaining weight daily. From the beginning, she was just one of the easiest bottle babies I've ever had," Patricia told Love Meow. 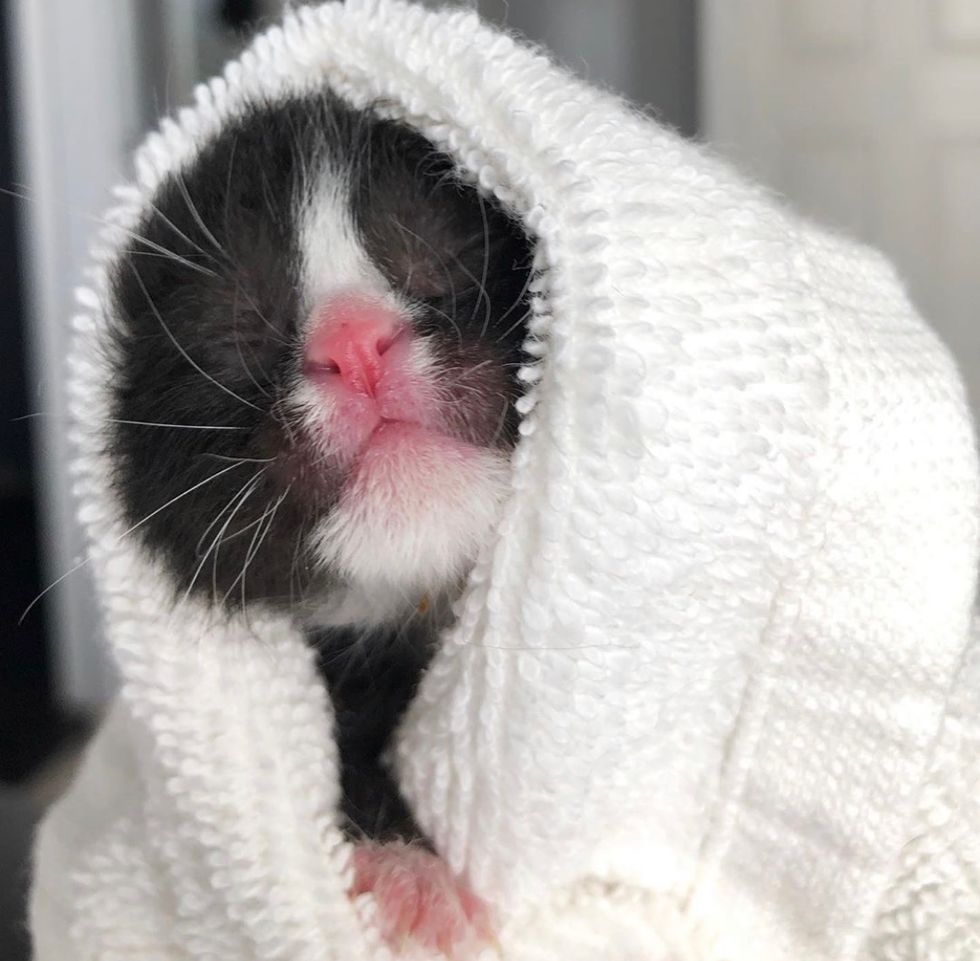 Little Zoey does not mess around when it's meal time. As soon as her foster mom comes in with a syringe bottle, she crawls right towards her with all her might until she gets to the food.

"She eagerly had her bottles around the clock and we never had a single concern." 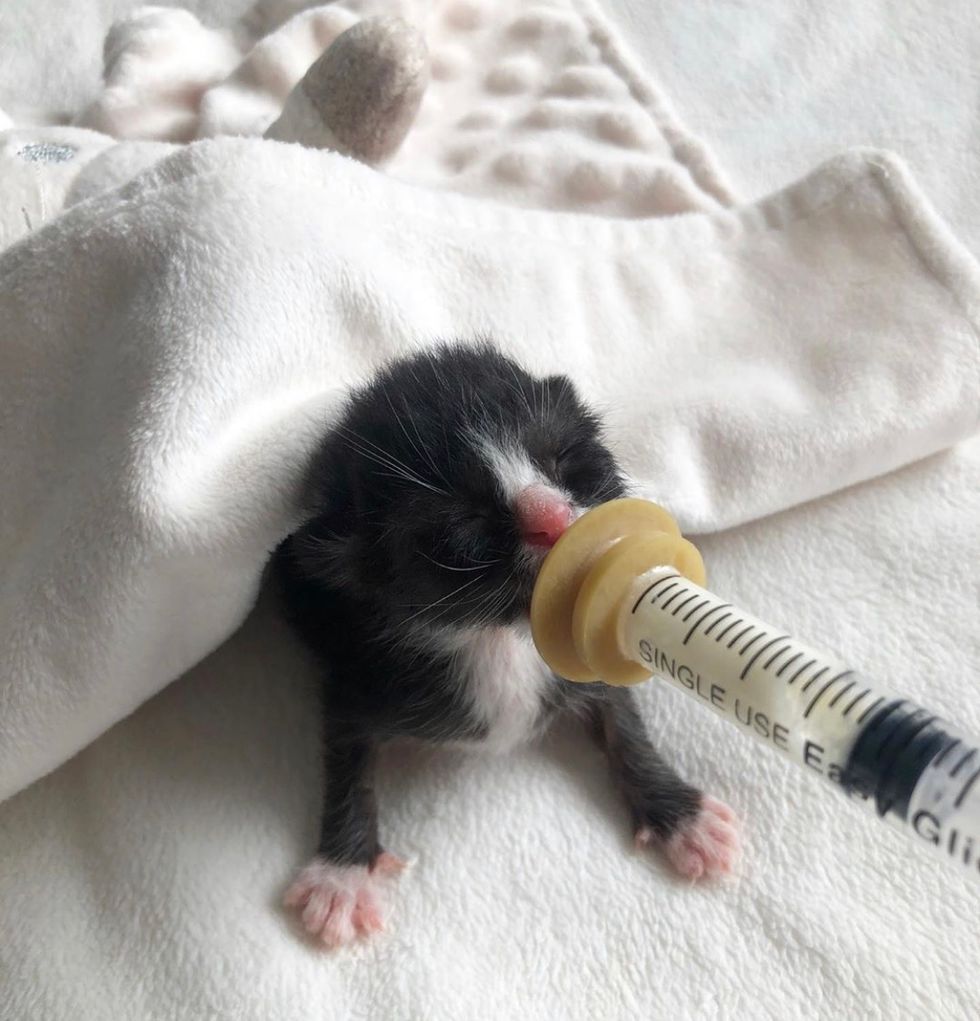 By the end fo March, her eyes started to crack open. Having sight now, she can navigate and find her bottle even faster.

"She is so happy, and loves making baby biscuits. She also loves to roll over and get belly rubs. I think she secretly looks forward to that after every bottle," Patricia shared with Love Meow. 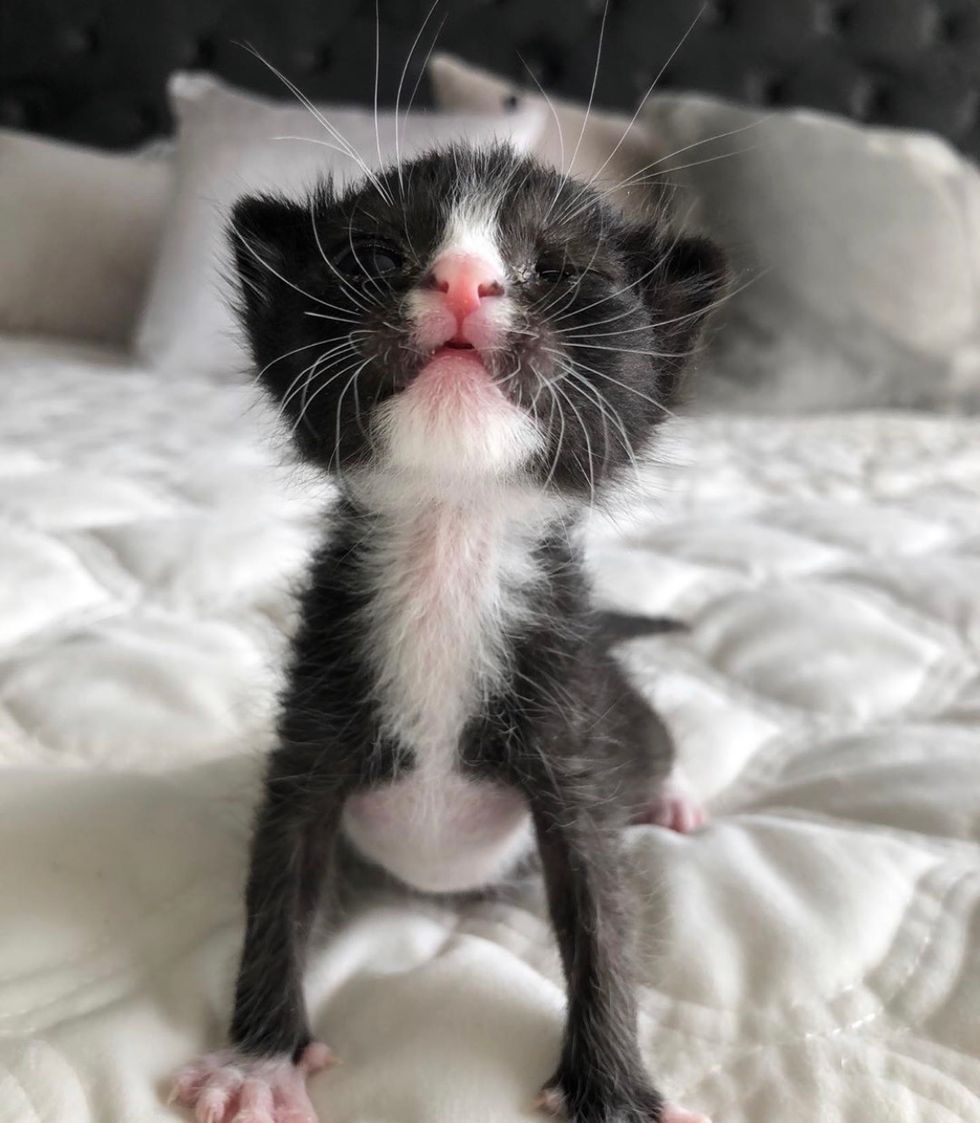 Patricia has a canine assistant, Milo, who is more than happy to offer a helping paw every time she brings home foster kittens.

Zoey quickly took to Milo and even tried to nurse on him. "She climbs up under him or on top of him and thinks he's another cat." 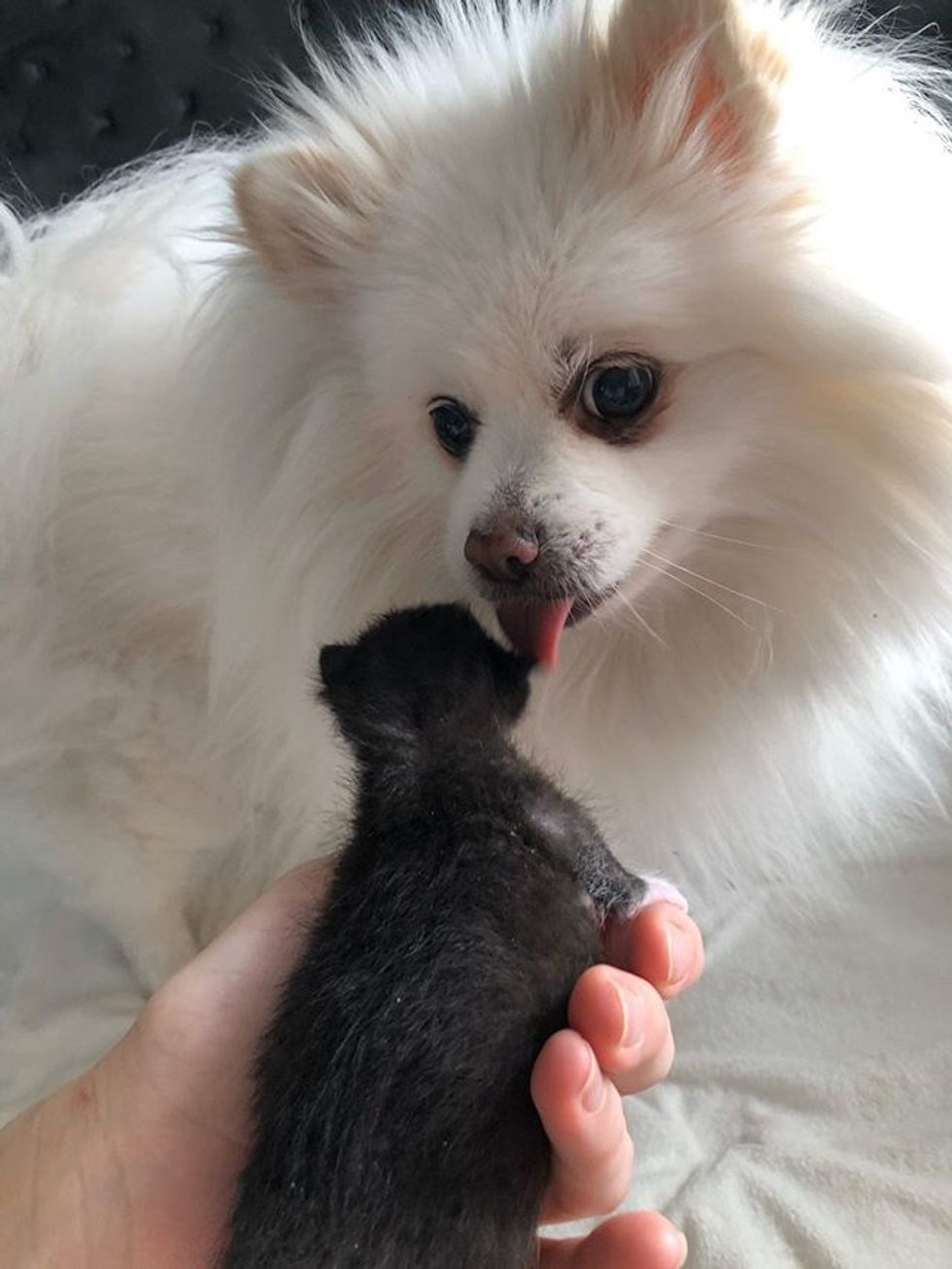 Watch Zoey's journey in this video:

"She's extremely playful and loves to be around company. She's just such a joyous and happy baby," Patricia said.

Zoey has started to learn to explore, and her protective canine friend watches over her every step of the way. 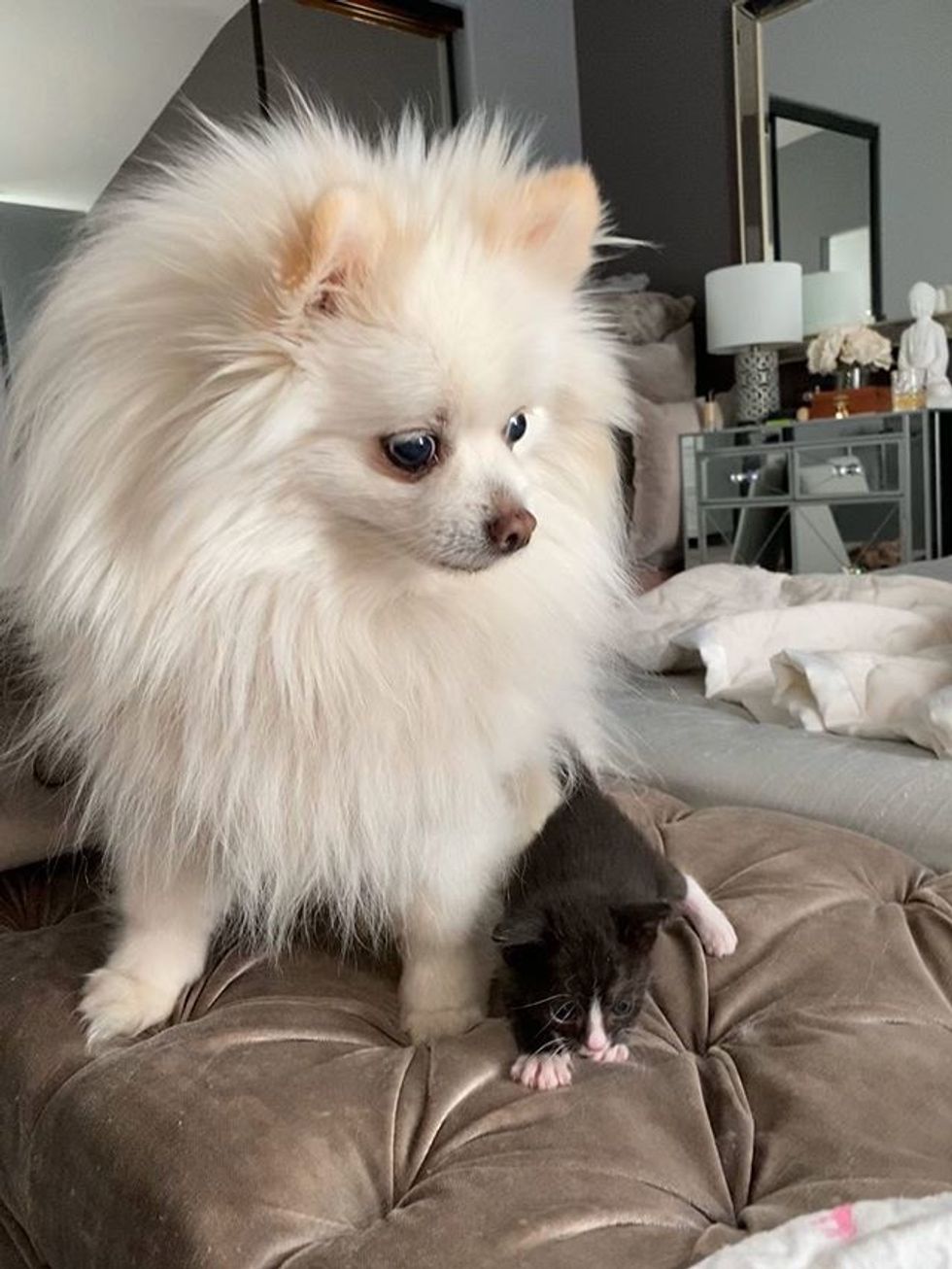 The little tuxedo has really blossomed over the past few weeks. Her eyes are wide and bright, and one of her ears has started to perk up.

Zoey practices taking steps on her human's bed. She will come waddling whenever Patricia calls her. 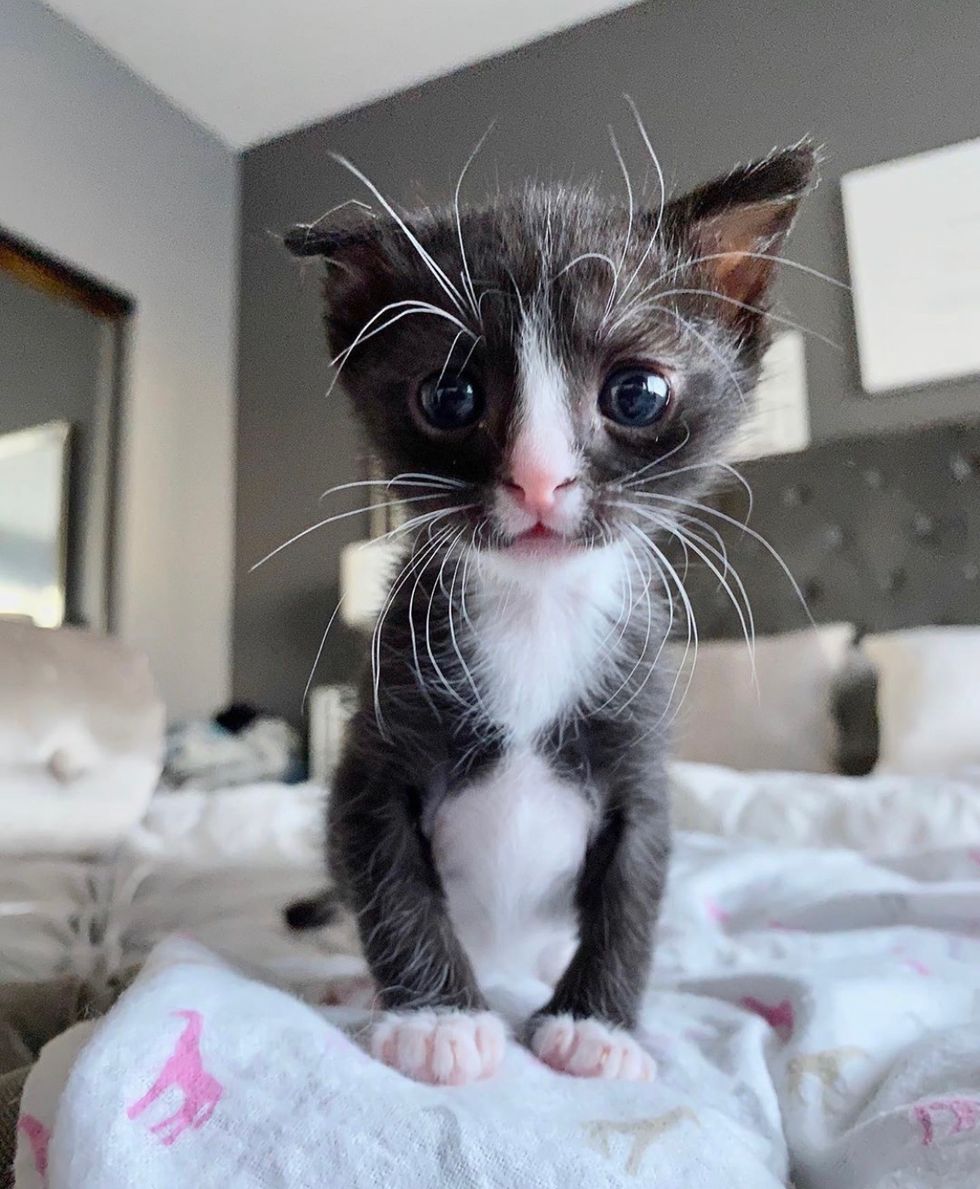 "It's exactly what we all need right now. It's such pure happiness and it's just wonderful to see," Patricia told Love Meow. 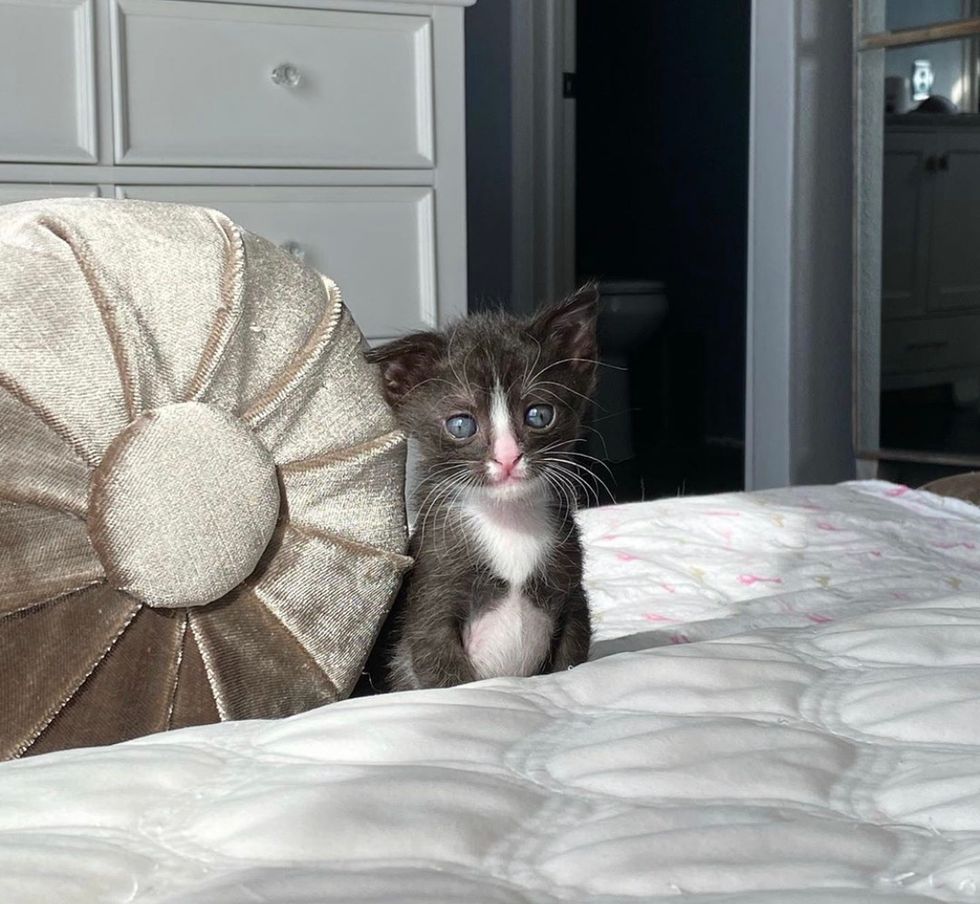 Zoey may be tiny but has the heart of a warrior.

She is enjoying her VIP life as a spoiled indoor cat and has a great future ahead of her. 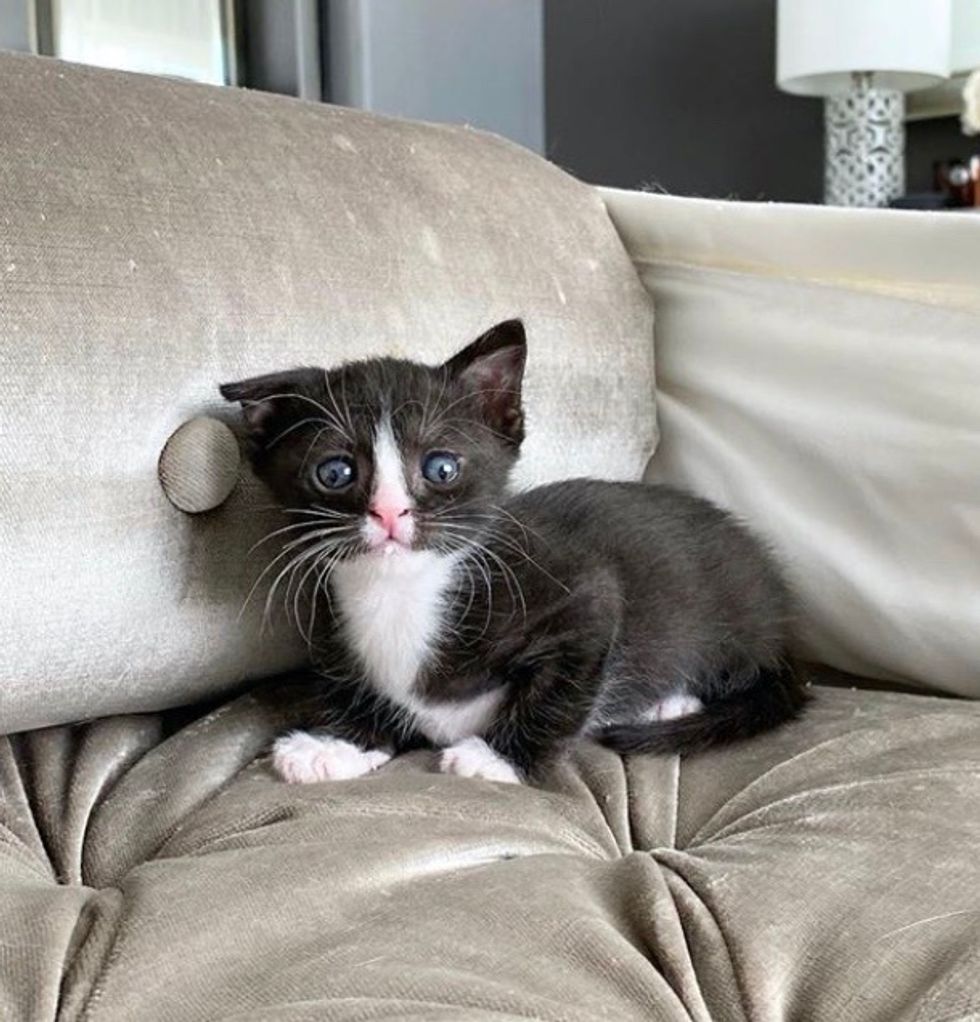 Share this story with your friends. Follow updates on Zoey and Patricia's fosters on Instagram. When she's old enough, she will be available for adoption through Rescued Treasures Cat Cafe.

Related story: Couple Found Shy Kitten Hiding Behind Blanket, They Gave Her a Cuddle and It Changed Everything