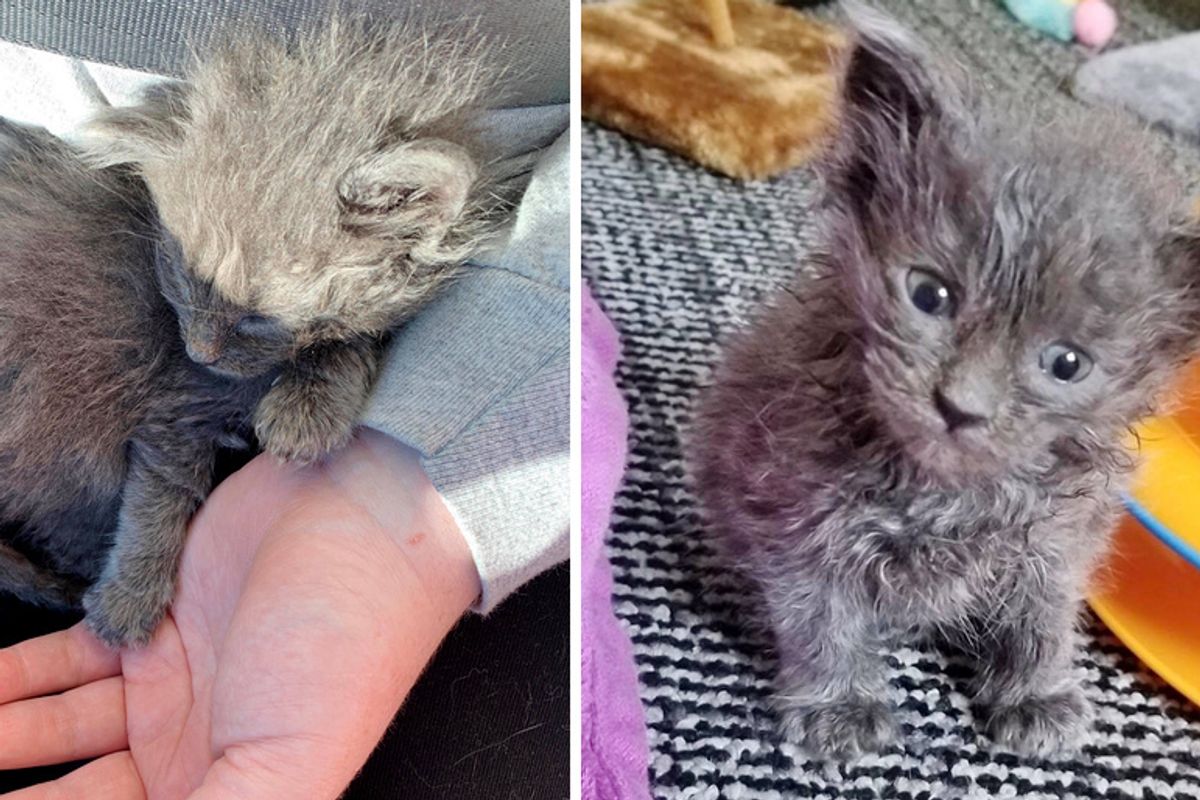 No one expected this little gray kitten to survive. A woman rescued him from the shelter and his siblings too. 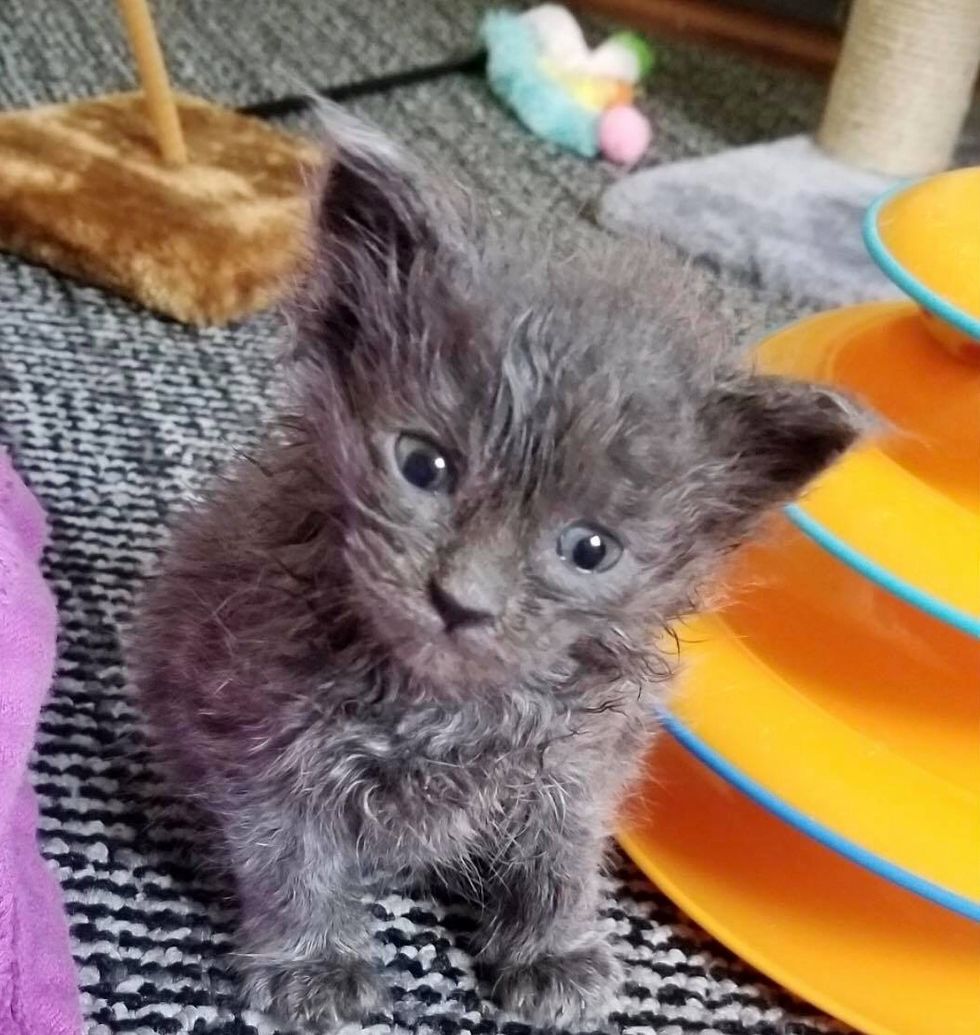 Early June, four kittens were brought to a shelter in Massachusetts. The little gray kitten was very sick. No one expected him to live and their fate at the shelter became uncertain.

When Tara Kay, founder of the Odd Cats Sanctuary, learned about their plight, she immediately offered to take them. The gray kitten was so lethargic that he was barely hanging on.

Tara and her team pulled the kittens from the shelter and took them directly to the vet. "He was very close to death but pulled through last minute," Tara told Love Meow. 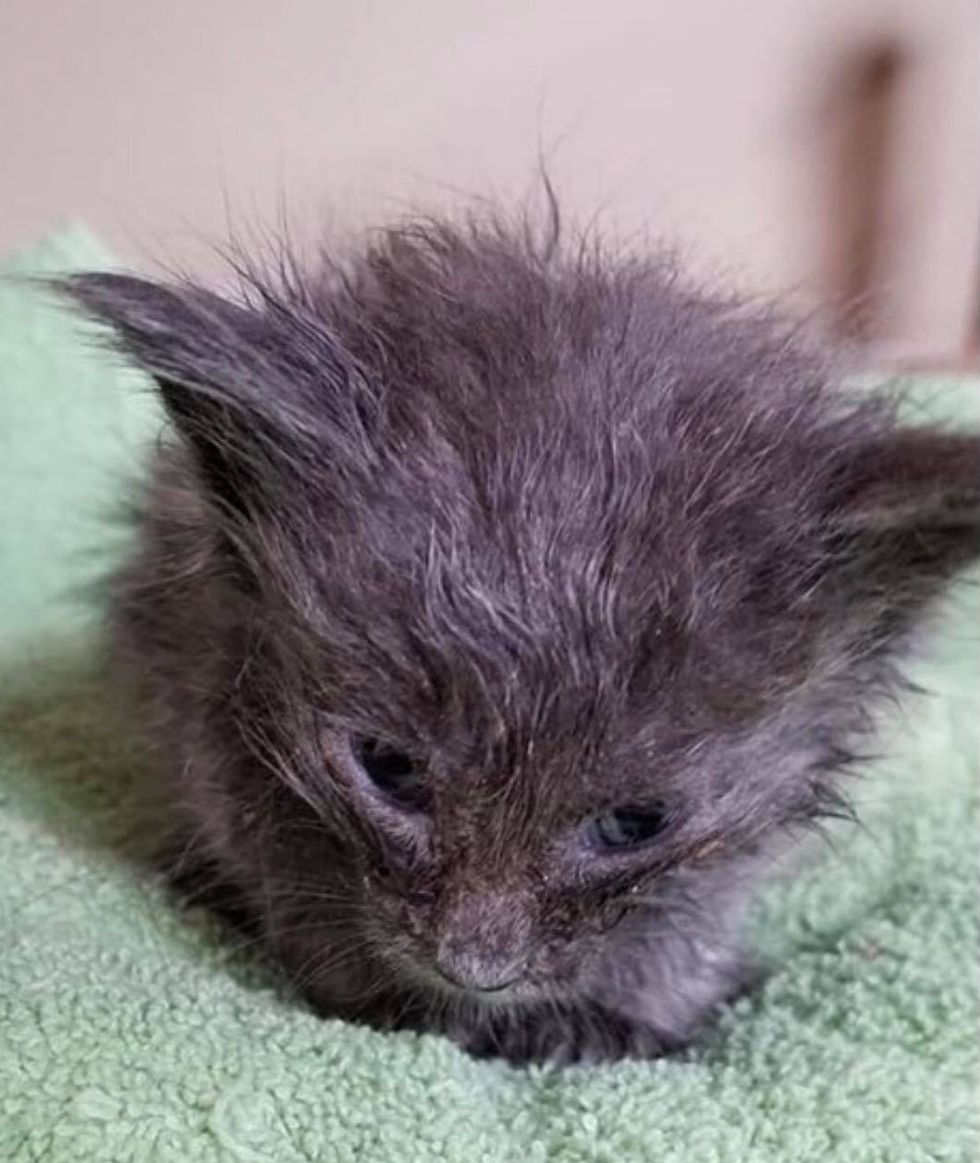 "He spent one night in the hospital, and a vet tech worked her hardest, taking care of him all night."

The next morning, the kitten perked up and even started to move around with his new-found energy. He would snuggle up to his human friends and just wanted to cuddle. 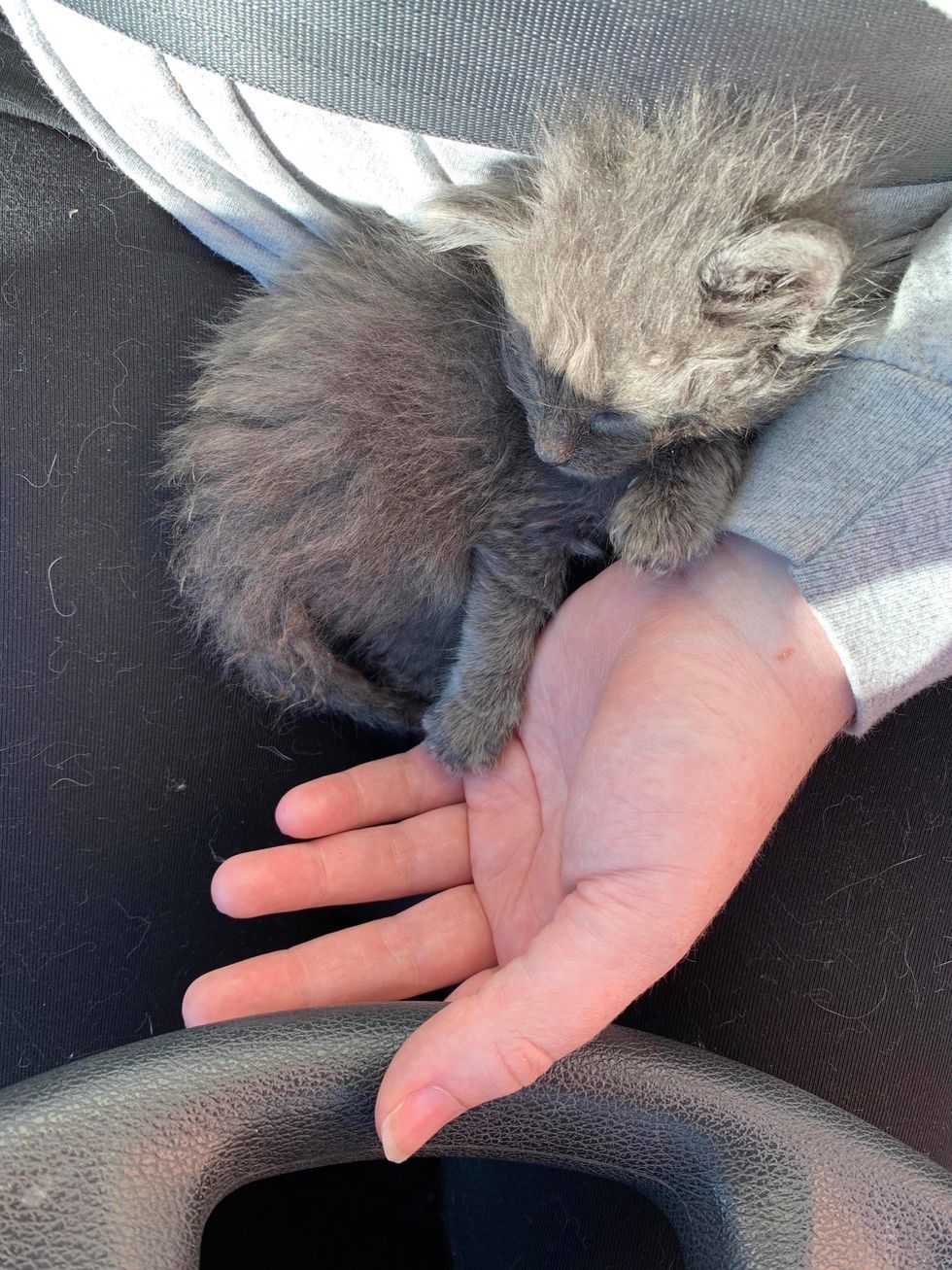 Tara, who is also an ER tech at the vet, took him home so he could continue to receive specialized care he needed for his recovery. He spent a lot of time cuddling with Tara as if to thank her for saving him.

Meanwhile, Alison, a volunteer of the rescue, stepped up to help so the other three kittens could have a foster home to stay. 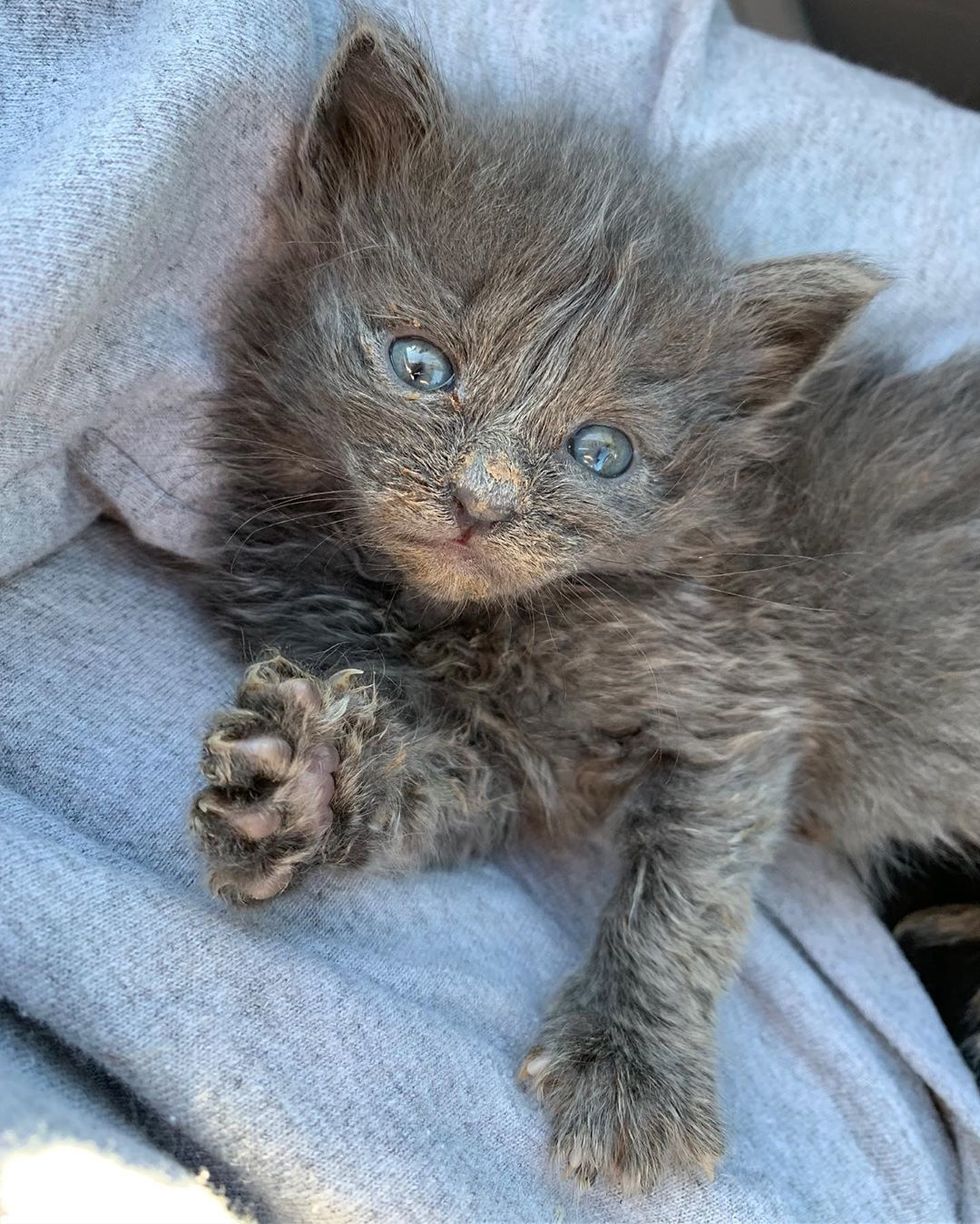 With round-the-clock care, little Baby gray was finally healthy enough to go onto his foster home, where he was reunited with his siblings.

Alison gave them comfortable beds and blankets to sleep on, lots of good food, and plenty of love and cuddles to go around. 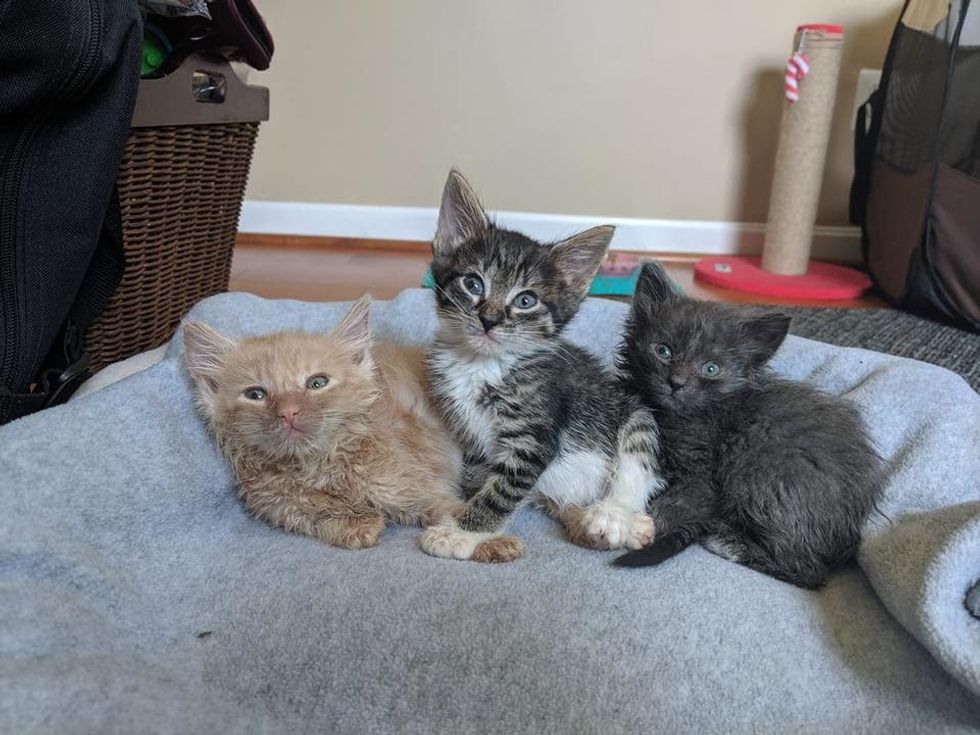 Over the next two weeks, Baby Gray continued to make strides every day.

He was a bit wobbly when he first arrived, but over time, he became more steady on his paws as he gained strength in his legs. Despite still being a little clumsy, he doesn't let anything stop him. 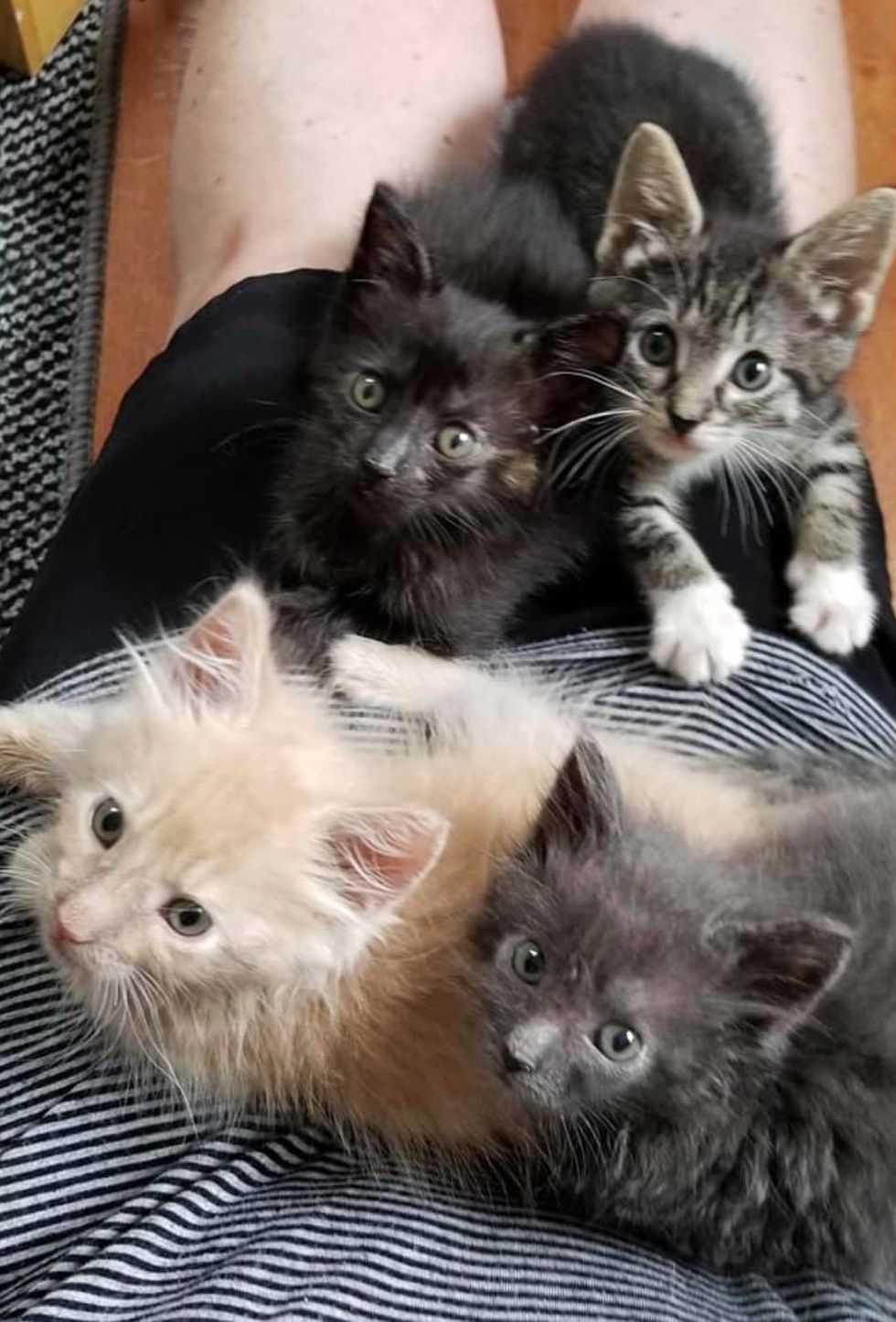 "Alison played a big role in his recovery, going above and beyond, making sure he thrived," Tara told Love Meow. "Baby gray has a strong will to live and is such a fighter."

Not only was he nursed back to health, but he turned into a little cuddle-bug. 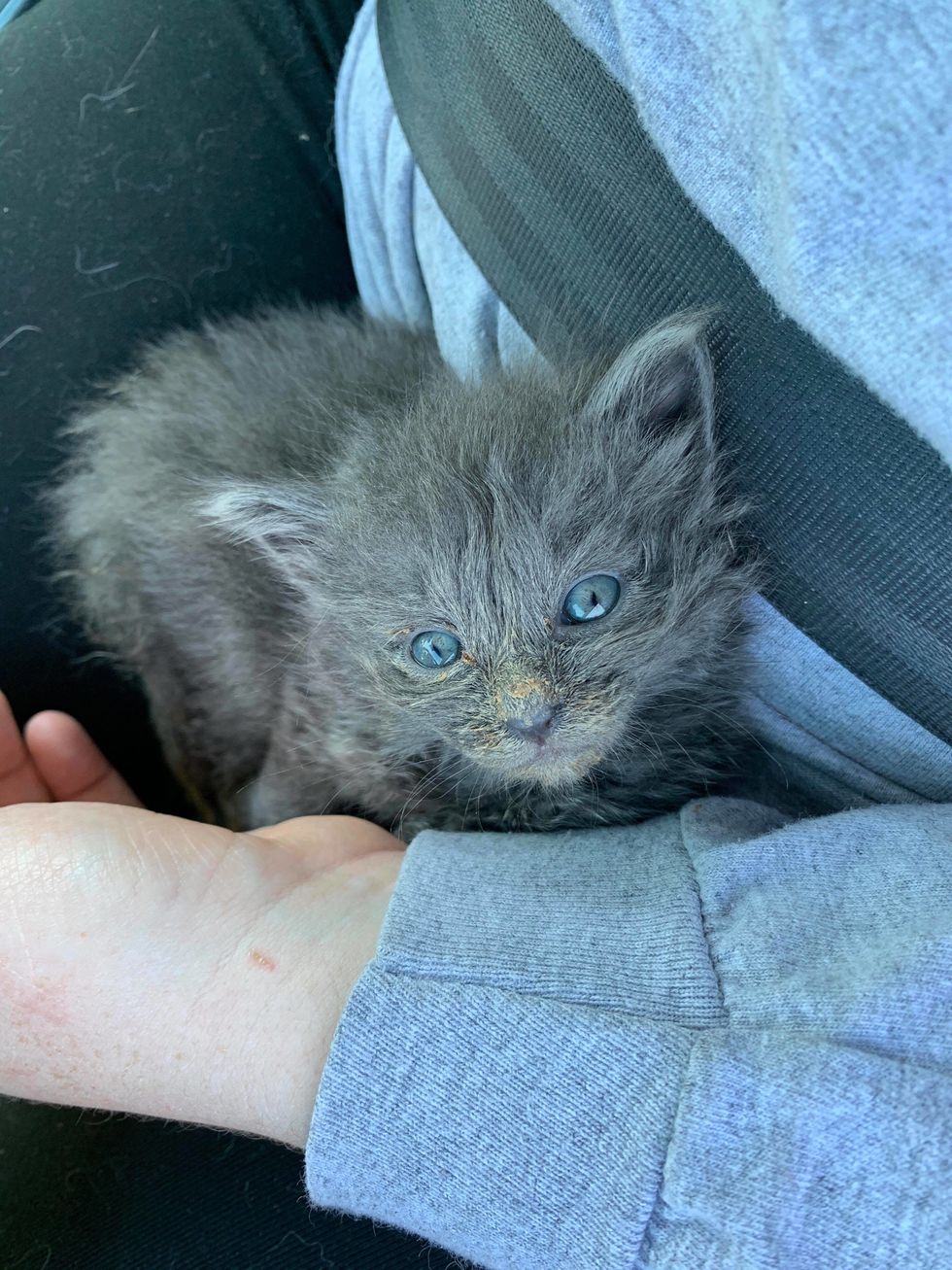 Tara believed in him from the start and rescued him when no one else could.

A few weeks later, look at him now! 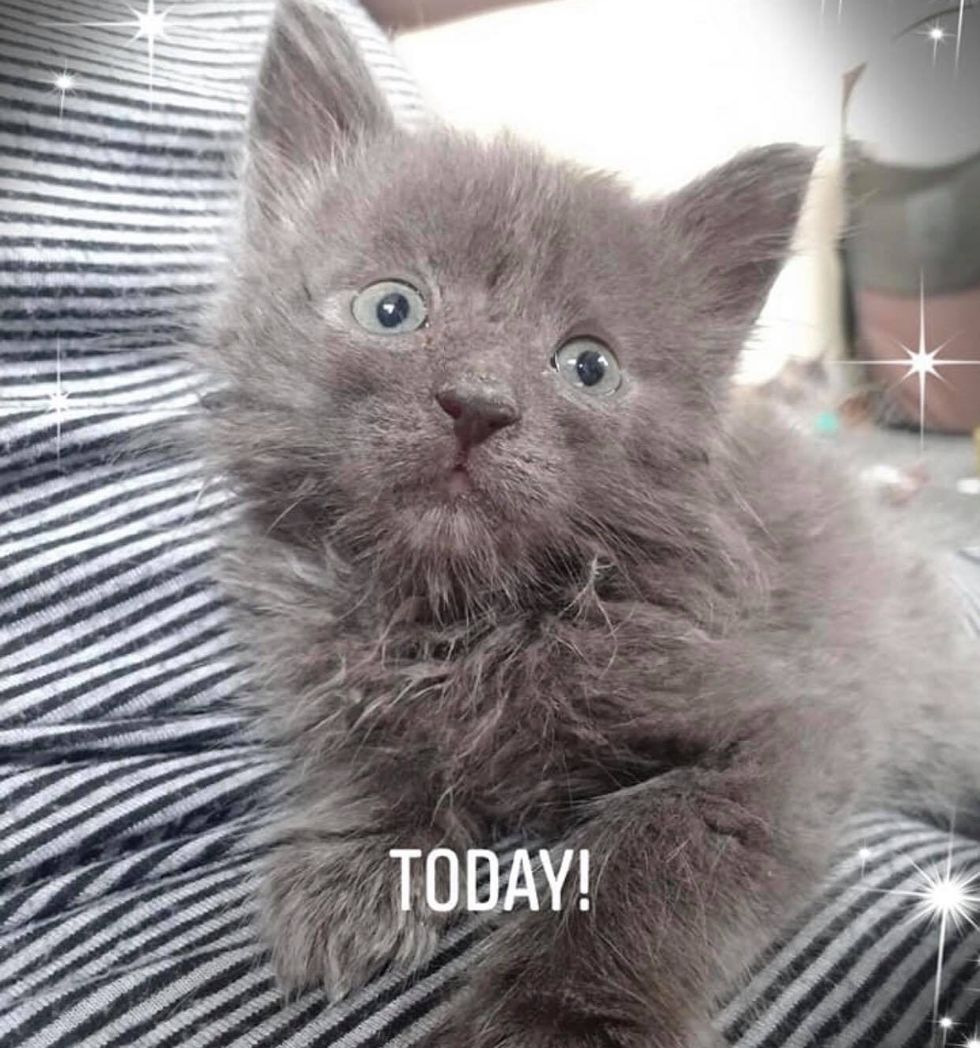 Related story: Woman Woke Up to Find Cat Brothers Caring for Rescued Kittens After They Escaped from Playpen