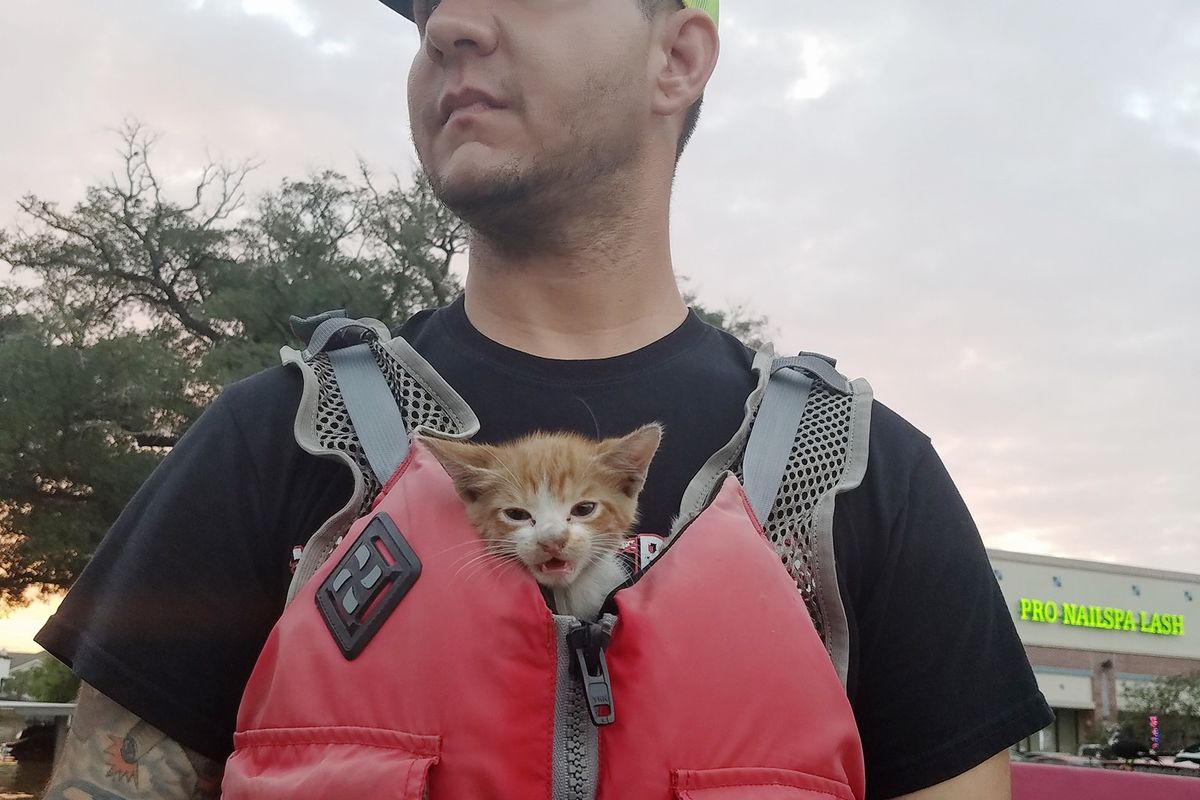 Kitten Saved! This Guy Found the Kitty Crying Under Hood of Car Stuck In Flood Waters...

A man saved a tiny kitten from a car stuck in flood waters while he was out with other Houstonians helping those affected by Hurricane Harvey. 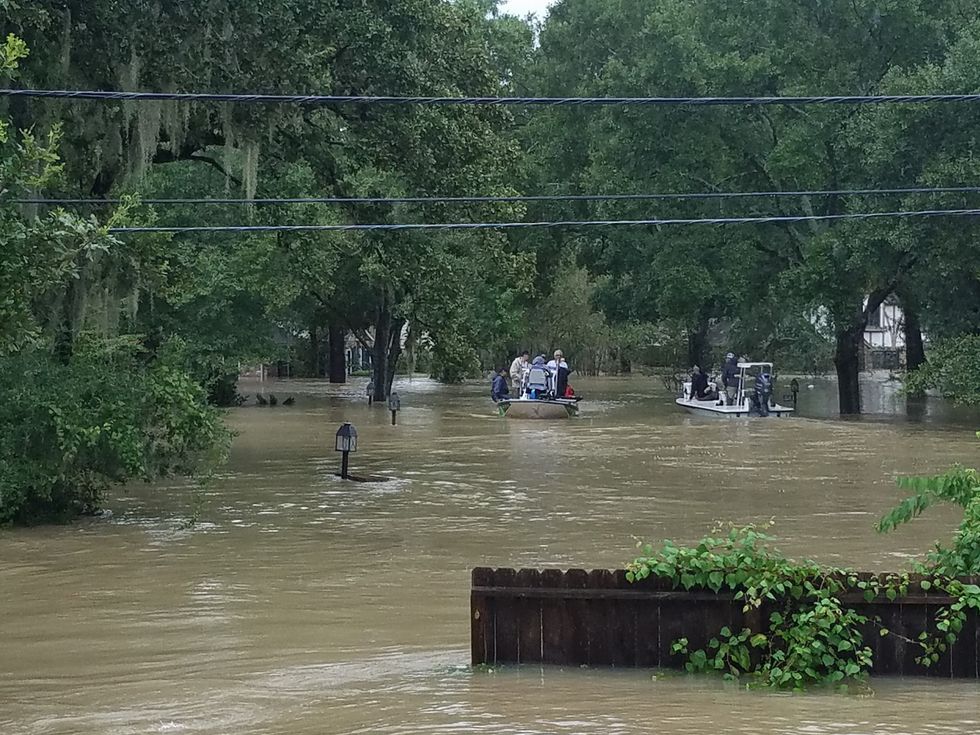 Gregory Pletcher, Austin Summers and Cameron Shiakh went back on a boat to the flooded areas to help animals and humans alike. "We were making our way through an apartment complex when we heard a cat meowing," Gregory told Love Meow.

They thought it was coming from a ground level apartment that was under 2ft of water. As they got closer to the source of the cries, Cameron pointed at the car hood.

The doors were locked. "There was no way to get to the cat without breaking a window."

After several attempts to break the window to no avail, Gregory asked Austin to get him his toolbox from a storage compartment. 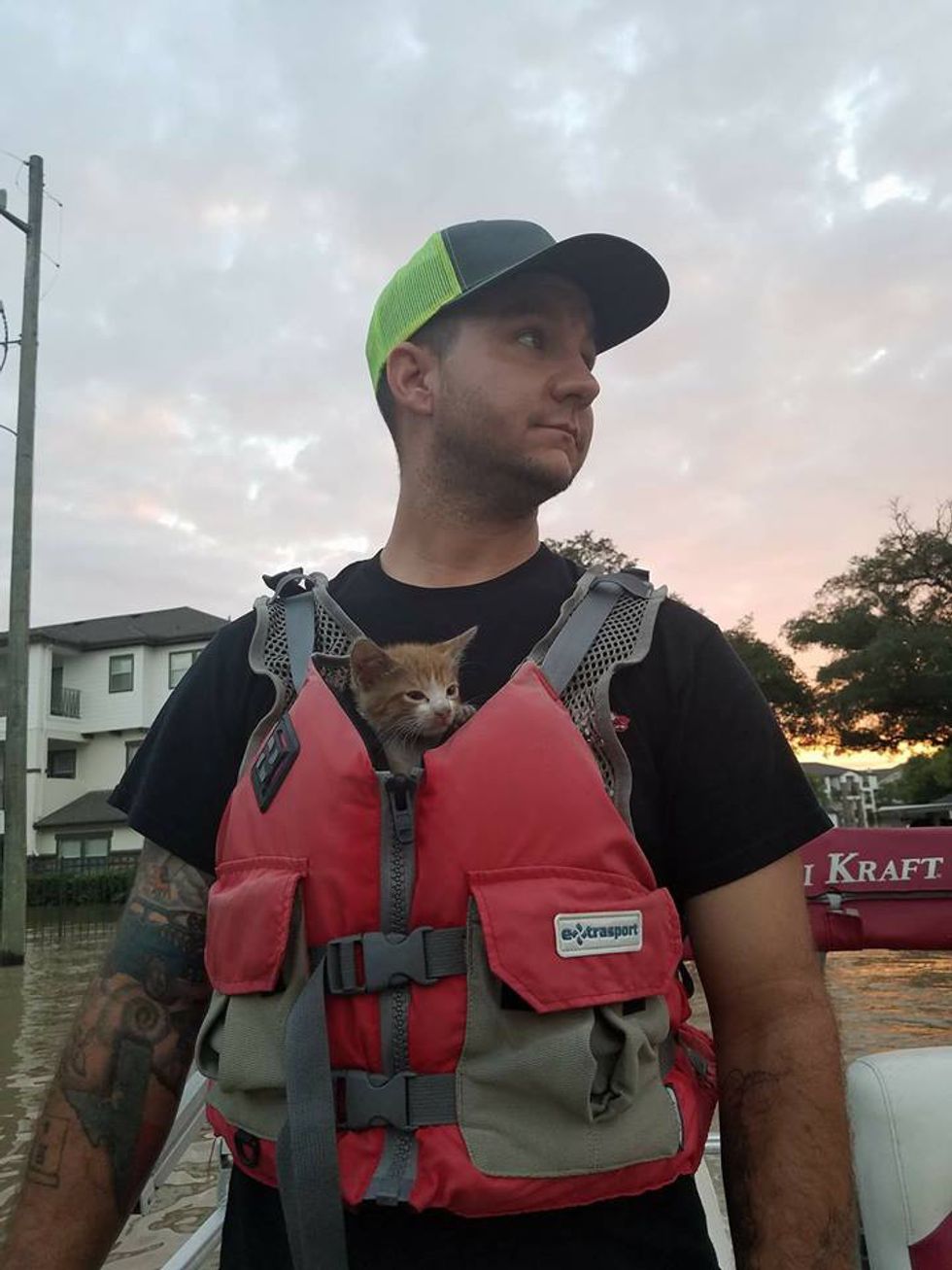 "As we were standing in waist deep water, I asked Austin to hand me my boat anchor. With one good swing of the anchor I was able to bust a hole in the window," Gregory told Love Meow.

They unlocked the door, popped the car hood open and found the kitten on top of the manifold cover. "I grabbed him before he had a chance to crawl down between anything and set him in the boat." 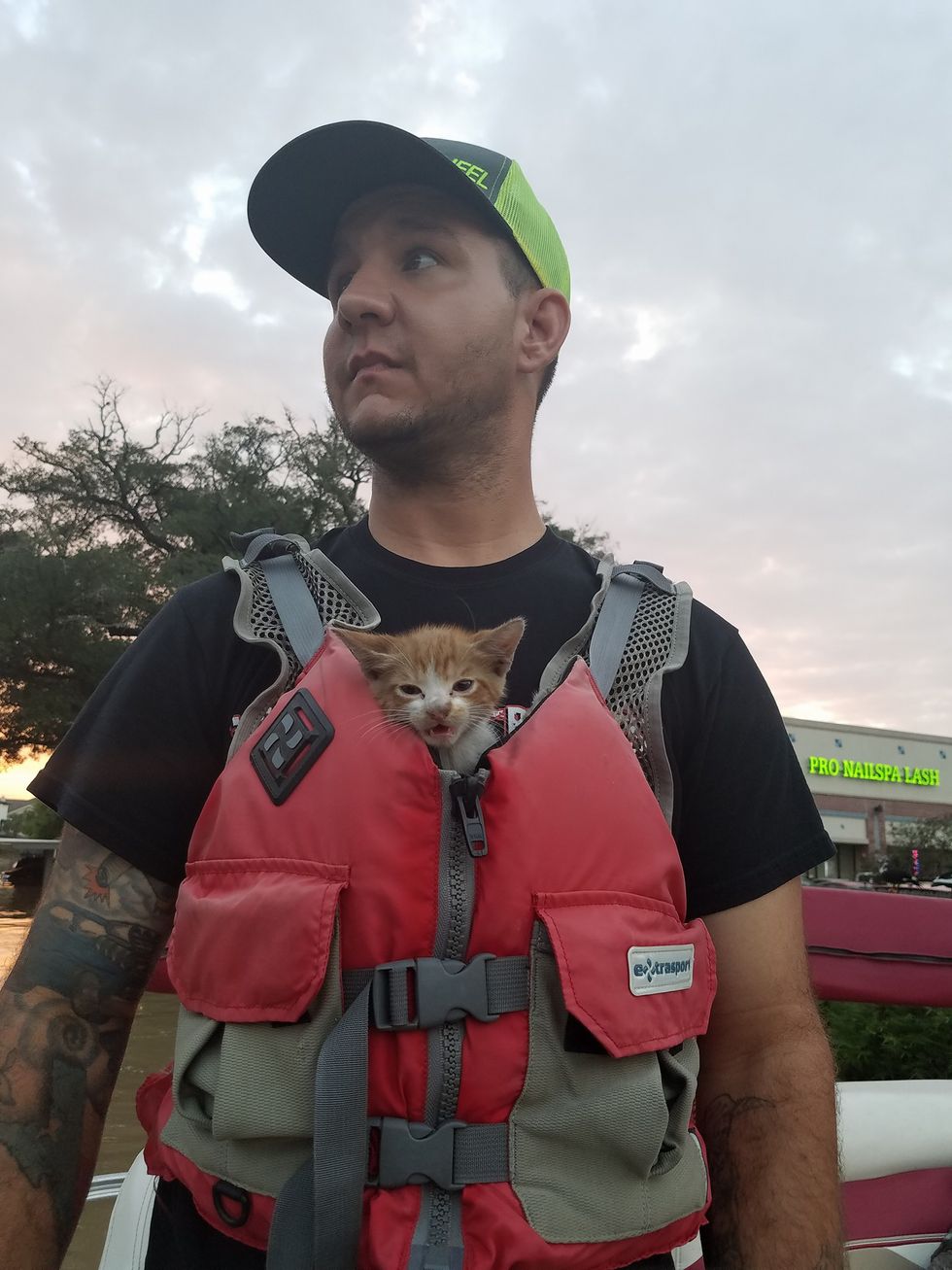 "Once I crawled back in the boat I picked him up and set him down inside my life vest. He rode in there for about an hour before he calmed and became comfortable enough to come out and explore."

They named the little kitten Harvey! 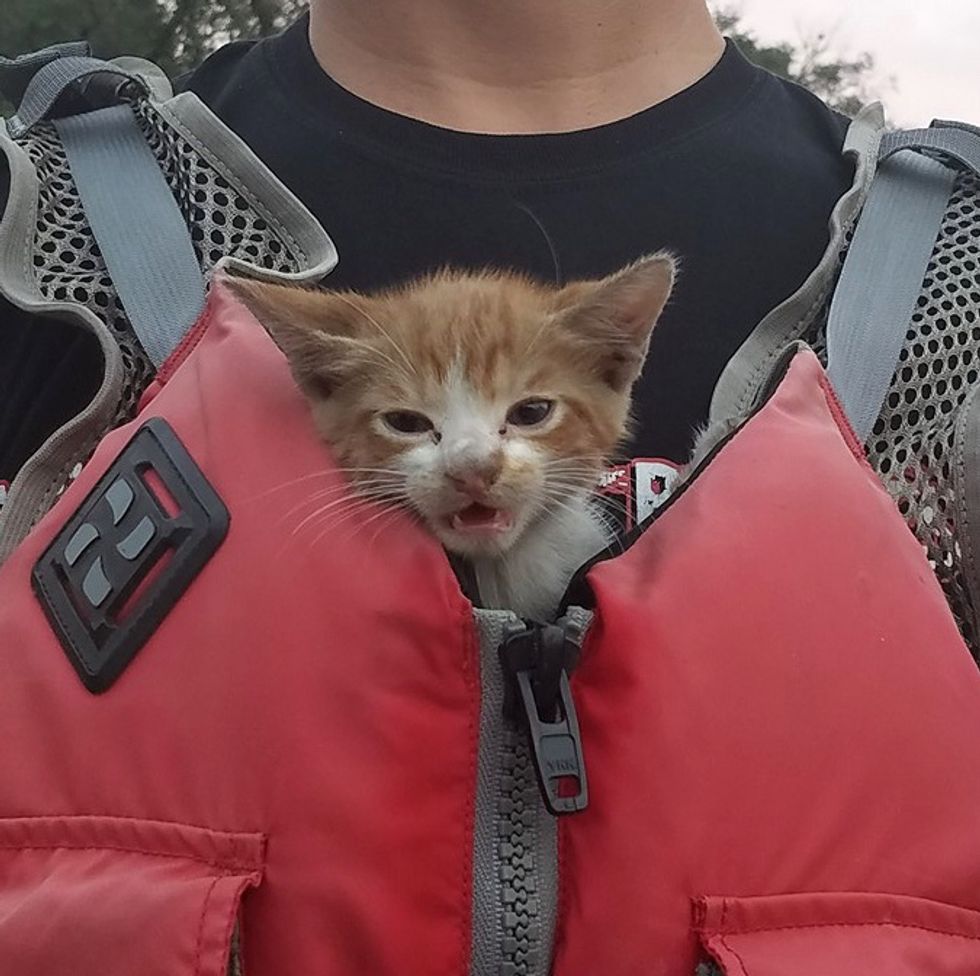 Cameron lost his dog to the floods, and the whole family was devastated especially his daughter. "She has been asking for a kitten so he took him home. Harvey now lives in Montgomery, Texas."

Harvey is doing very well at his new home! 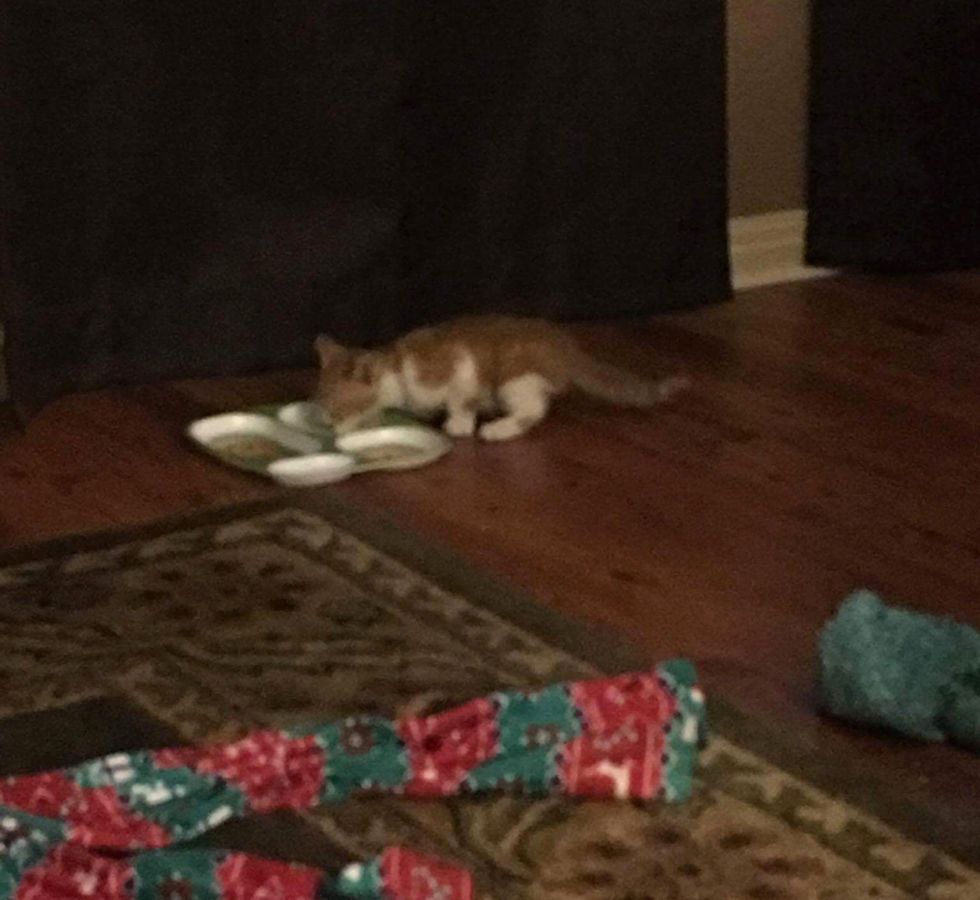 During the search, Gregory found another furry friend that was lost in the floods.

The sweet canine is now being cared for by Gregory's Mother-in-Law. 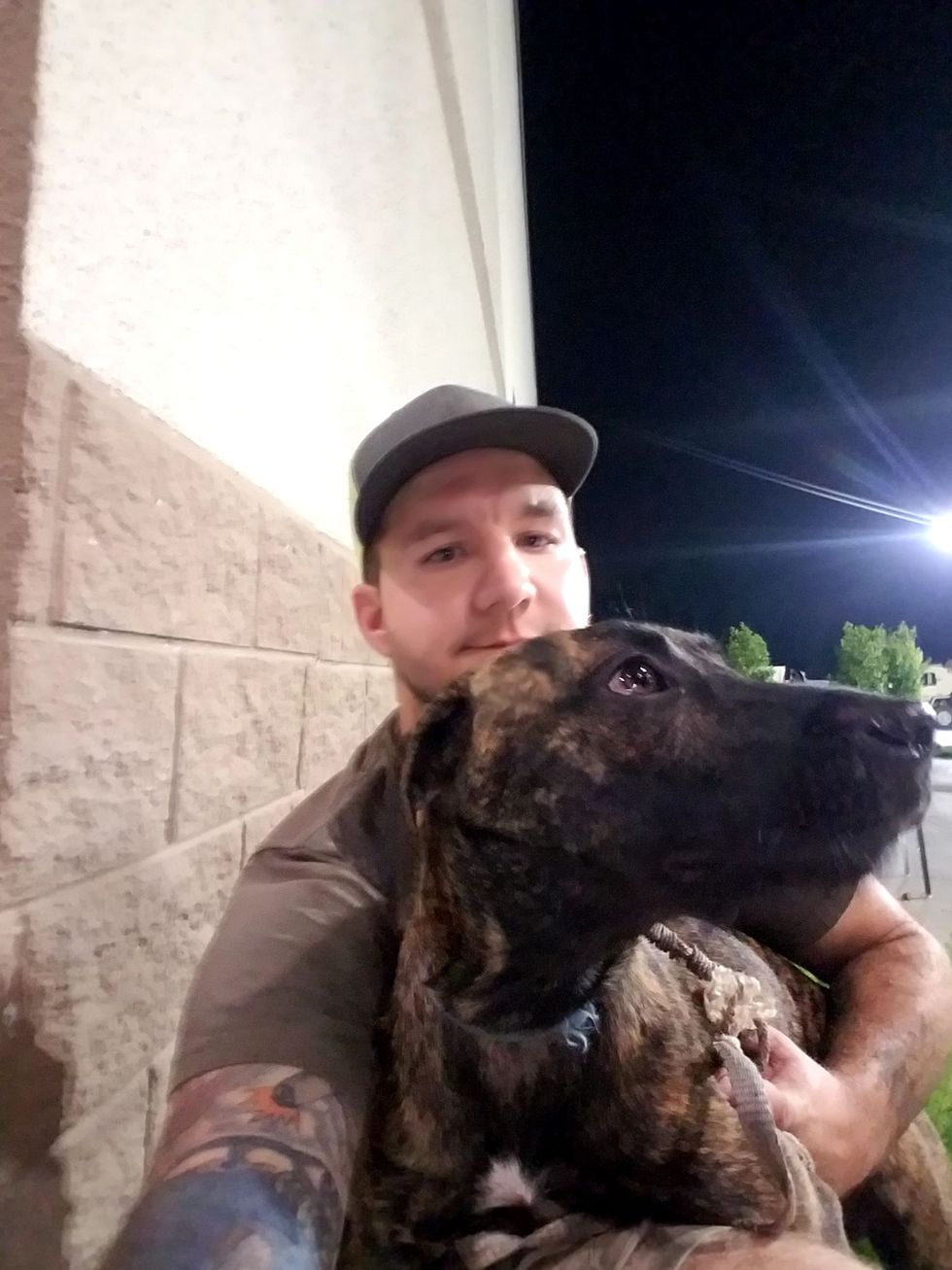 Thousands of people are in need of help. "It'll be a long process to get these individuals back in homes, but we're going to make sure they have the essentials they need in the mean time," Gregory told Love Meow. 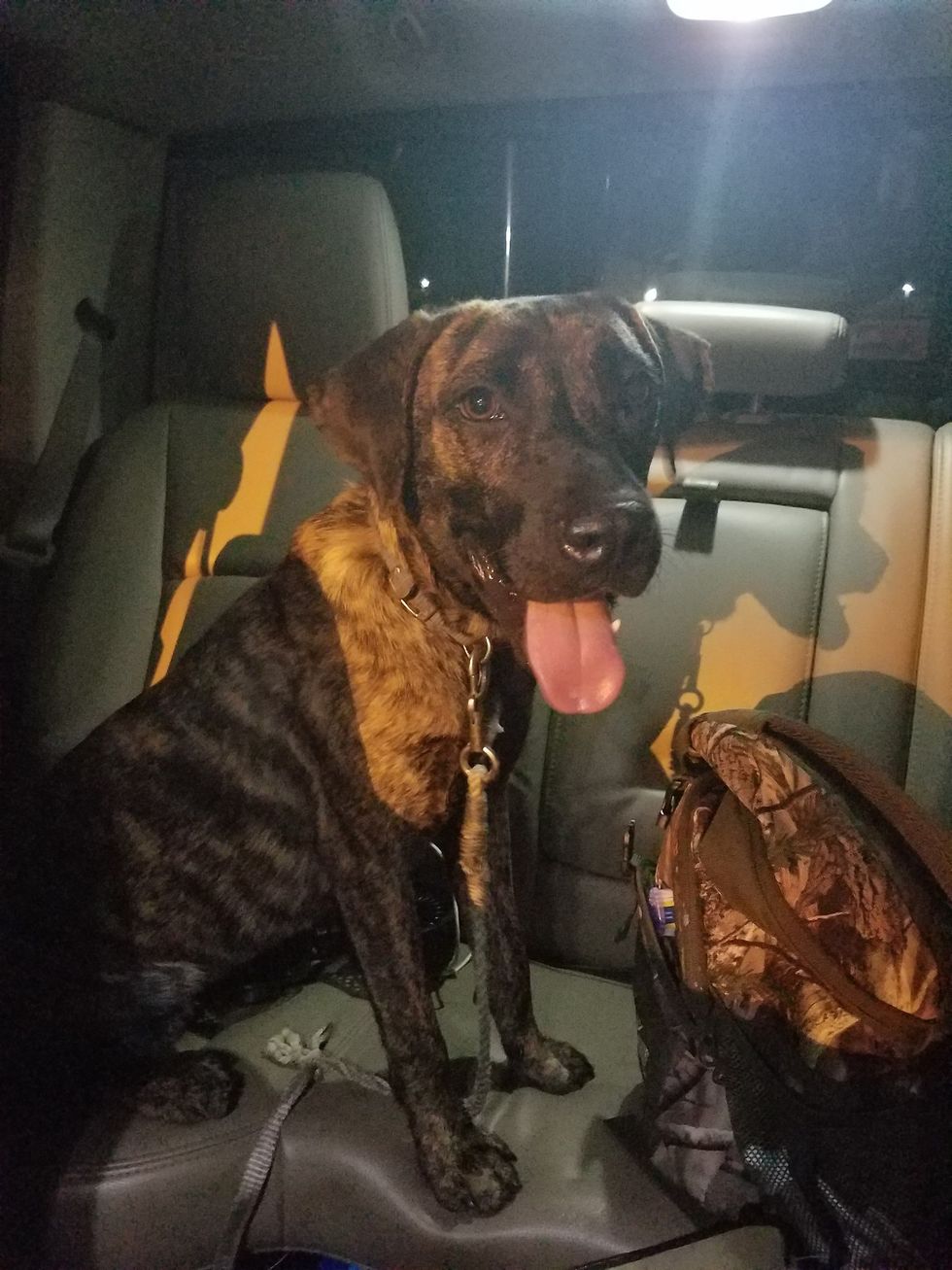 Share this story with your friends. Here are ways to help those affected by Hurricane Harvey.