A kitten snuck into a yard and found help through the kindness of people. He turned into the sweetest lap cat. 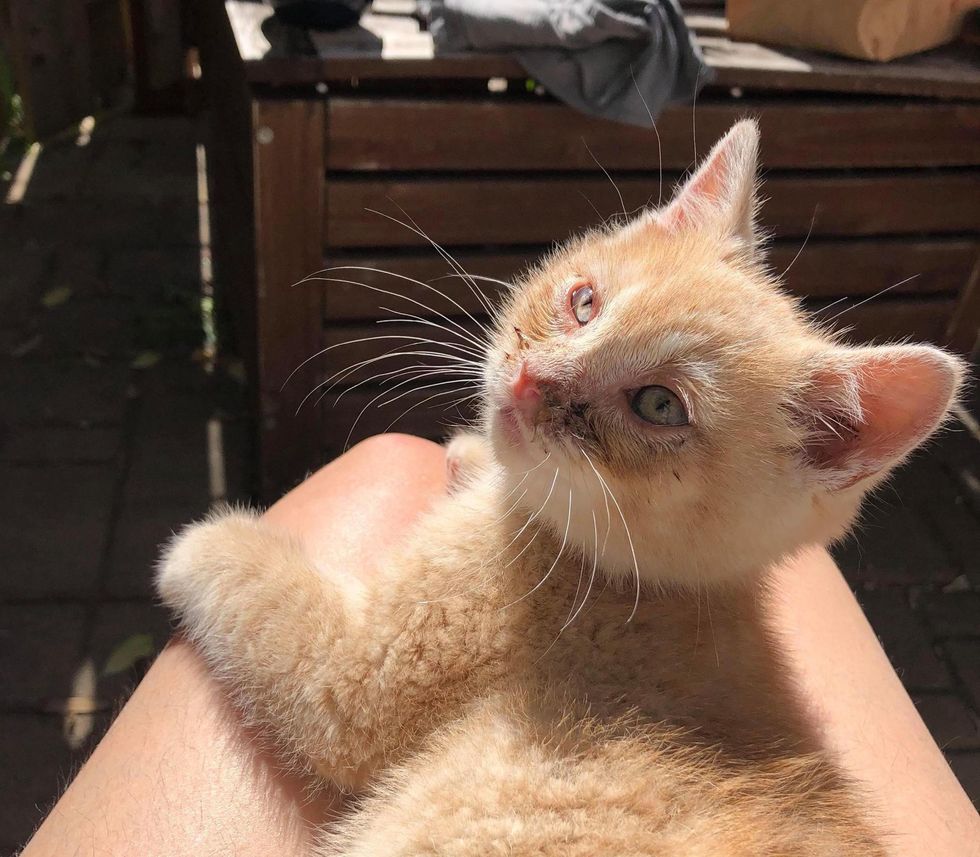 About a month ago, a little orange tabby showed up crying in a resident's backyard and wandered to their porch. His eyes were covered in crust and his breathing was labored.

The kitten was in poor shape and desperately needed medical attention. The homeowner wasn't able to catch the tabby, so she reached out to her rescue community for assistance.

Ella, a volunteer, responded to the plea and was able to bring the kitten to safety. She wrapped him up in a towel to comfort him while Josie, another volunteer, arranged a rescue to help the little guy. 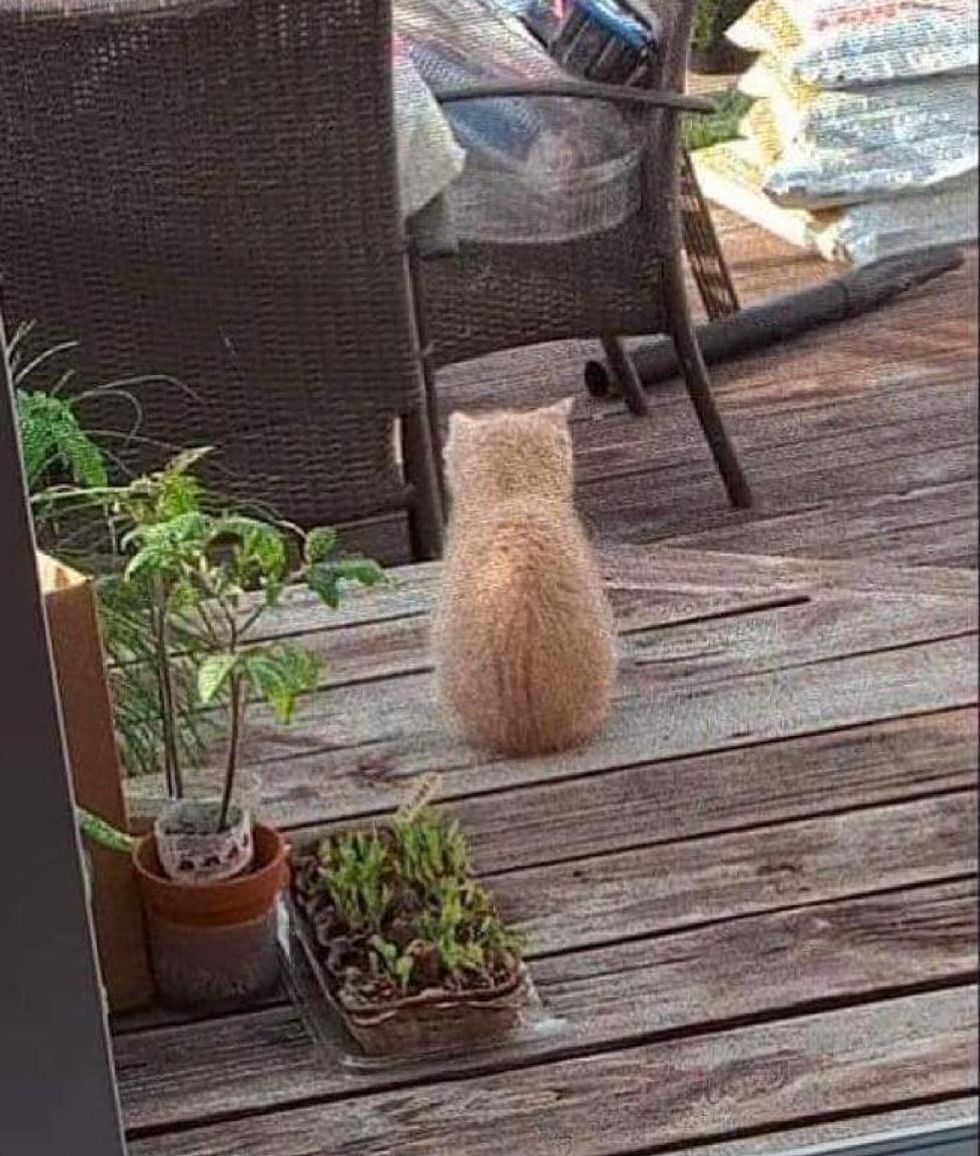 He was found in a backyard all aloneChatons Orphelins Montréal

After a rough start in life, the kitten was transported to Chatons Orphelins Montréal, where he was checked out by a vet. He could finally be on the mend in the comfort of a foster home.

"We named the kitten Mabrouk. He was barely 10 weeks old and quite sick. He had trouble breathing and was put on antibiotics," Celine Crom of Chatons Orphelins Montréal told Love Meow. 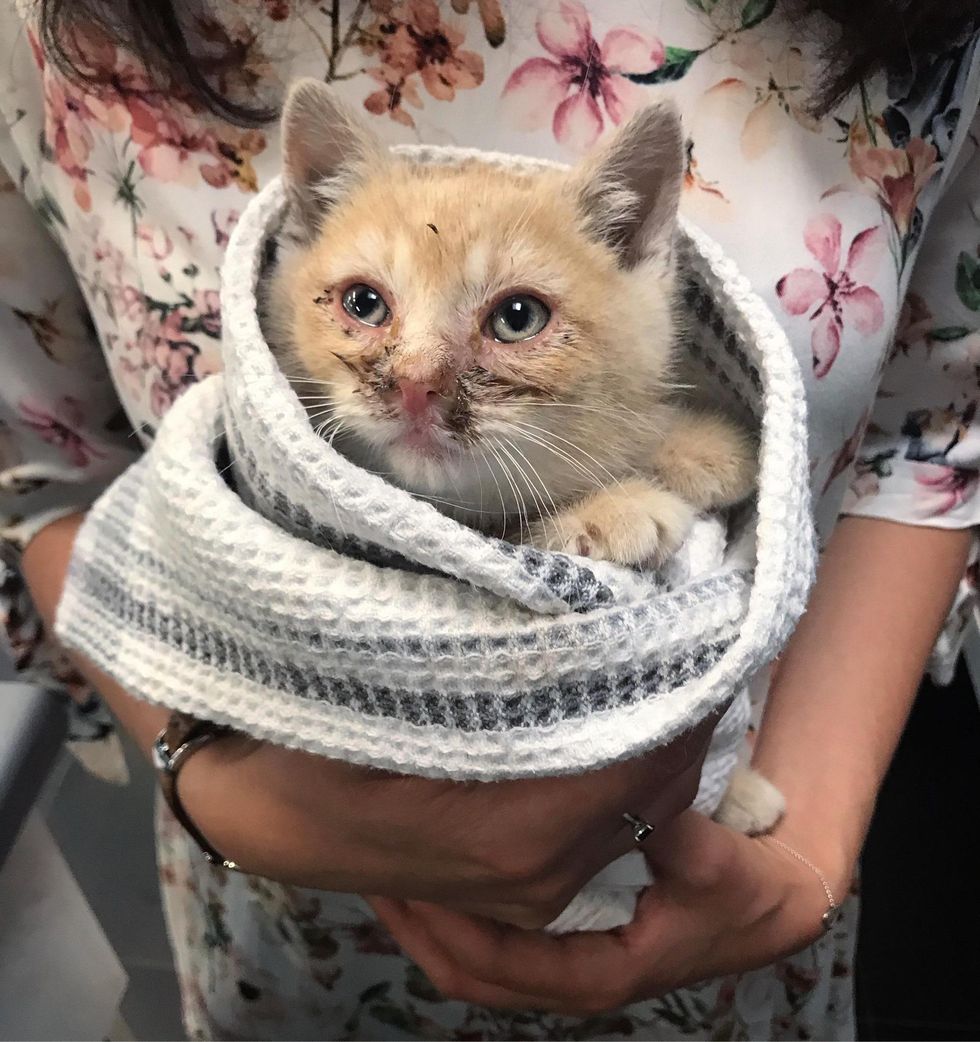 "I believe he knew that he needed help and wandered to the backyard that day."

Mabrouk quickly warmed up to his foster family and just wanted to be loved. He would seek out a warm lap or snuggle up to his humans, so he could be accompanied at all times. 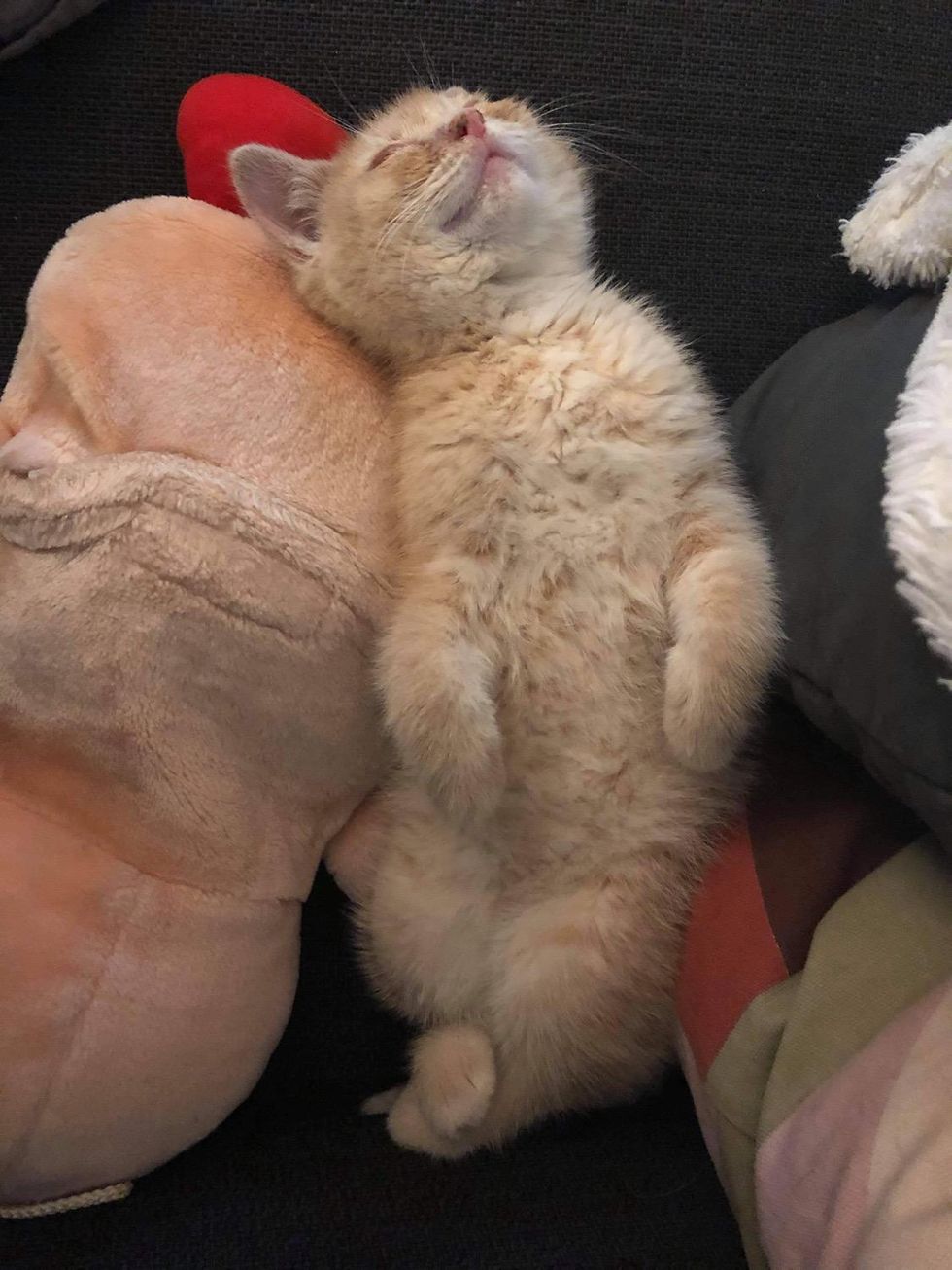 While he was recovering from the tenacious kitty cold, he was never shy to call out for attention. The sweet tabby would roll on his back for belly rubs whenever he was catered to.

Mabrouk became a people cat with a big personality. He was determined to never be alone again. 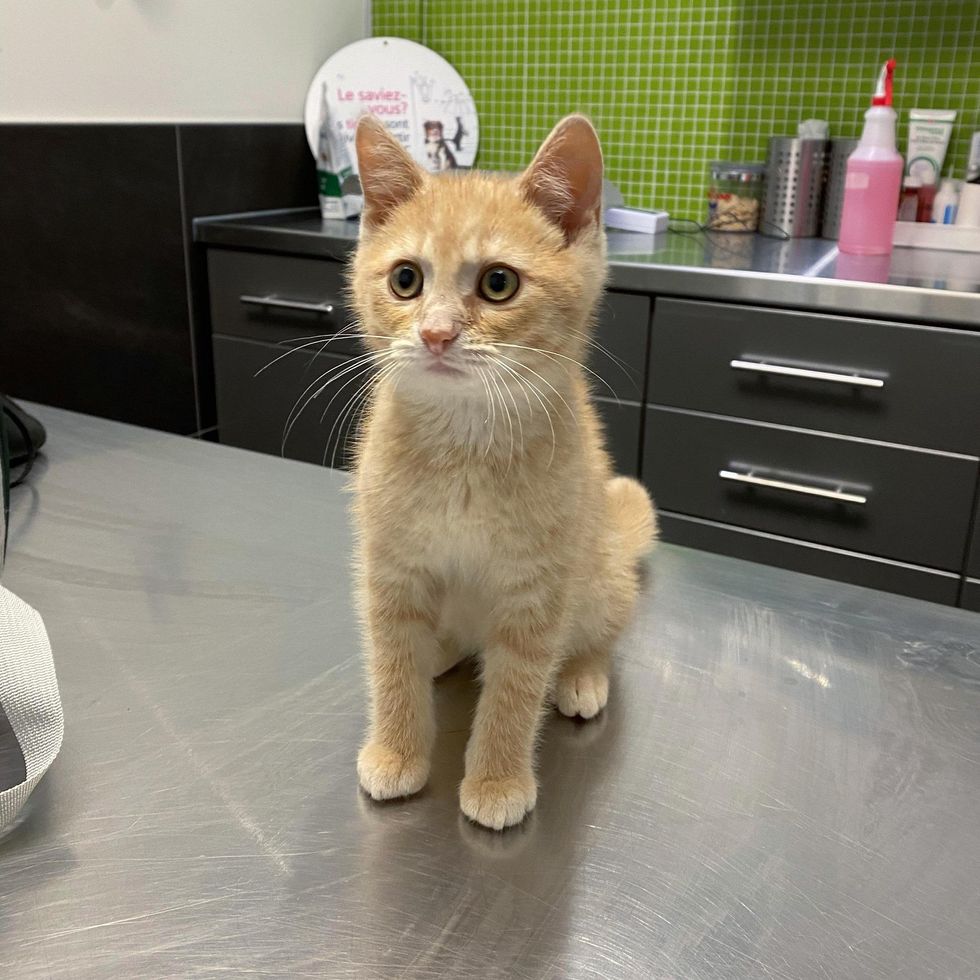 As soon as he regained strength in his legs, he was up on his feet and ready to play. This adorable bundle of joy trailed behind his people like their little shadow and wanted to know what they were up to. 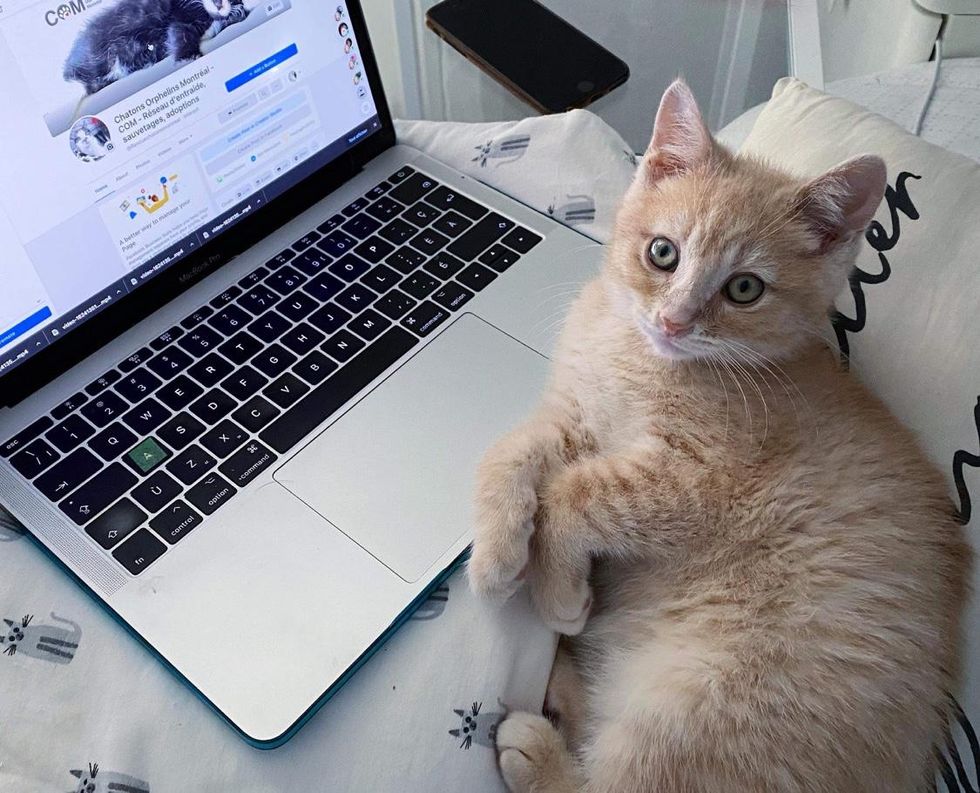 "This little teddy bear is curious about everything and has grown so much since his arrival," Celine shared with Love Meow.

Celine introduced him to another orange tabby, a foster named Rubbix, and they just hit it off. The two boys started wrestling and chasing each other, as if they had always been brothers. 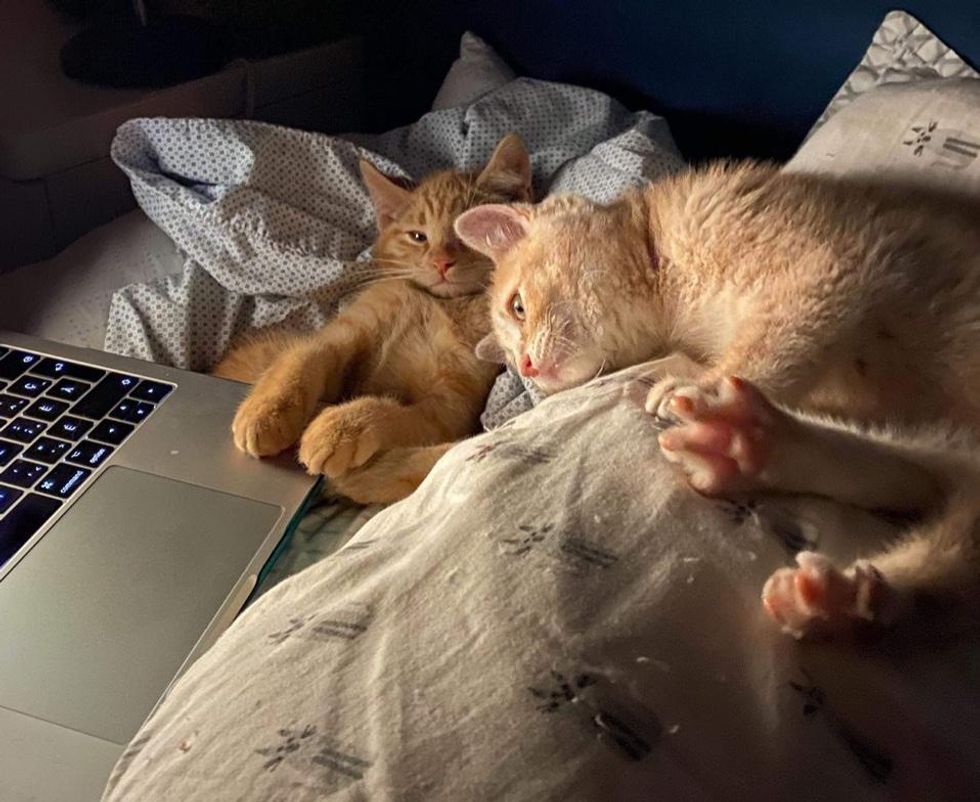 Within a day, the tabbies turned into a dynamic duo, and they did everything together.

They began supervising their humans by the computer and falling asleep curled up together on their laps. 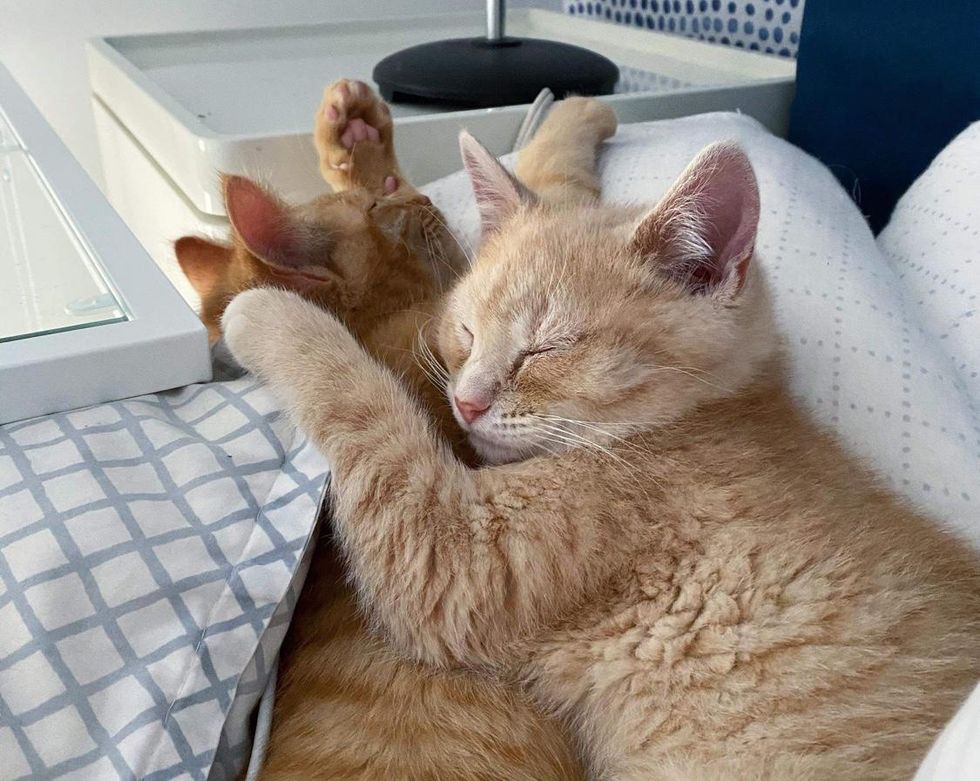 Mabrouk is thriving in foster care with a feline friend to play with and an endless amount of lap time to spare. 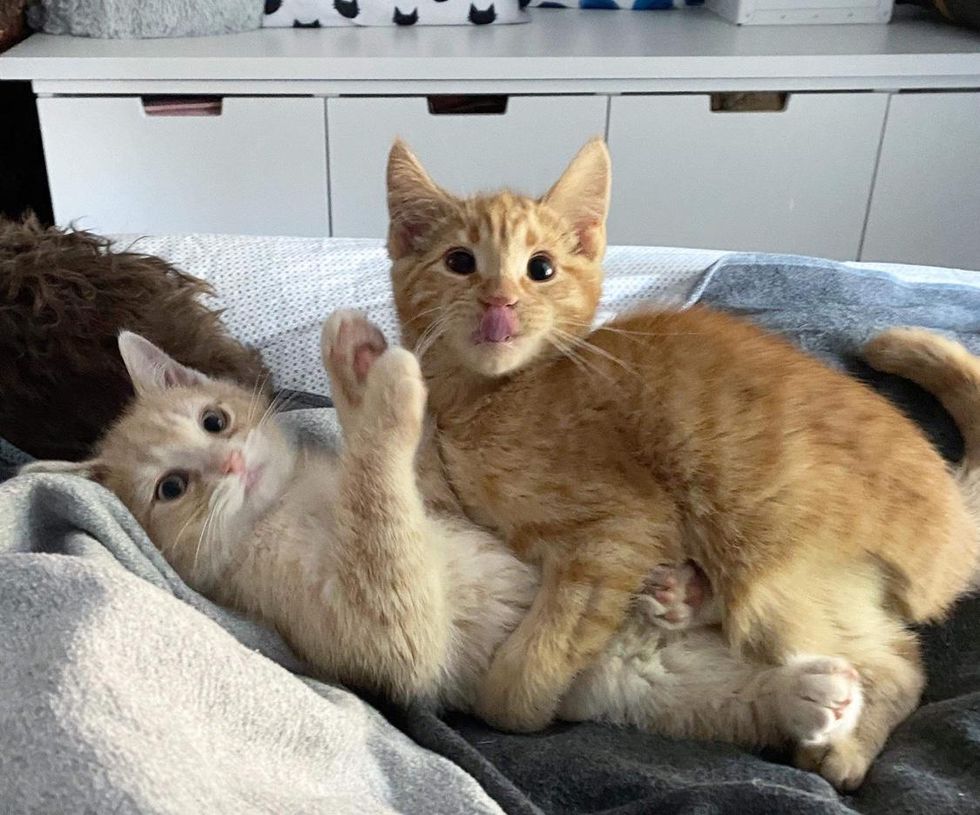 They do everything together, double the mischiefChatons Orphelins Montréal

The kittens enjoy feline entertainment by the window from their comfy basket. Mabrouk is so thrilled to have Rubbix to share his journey with. 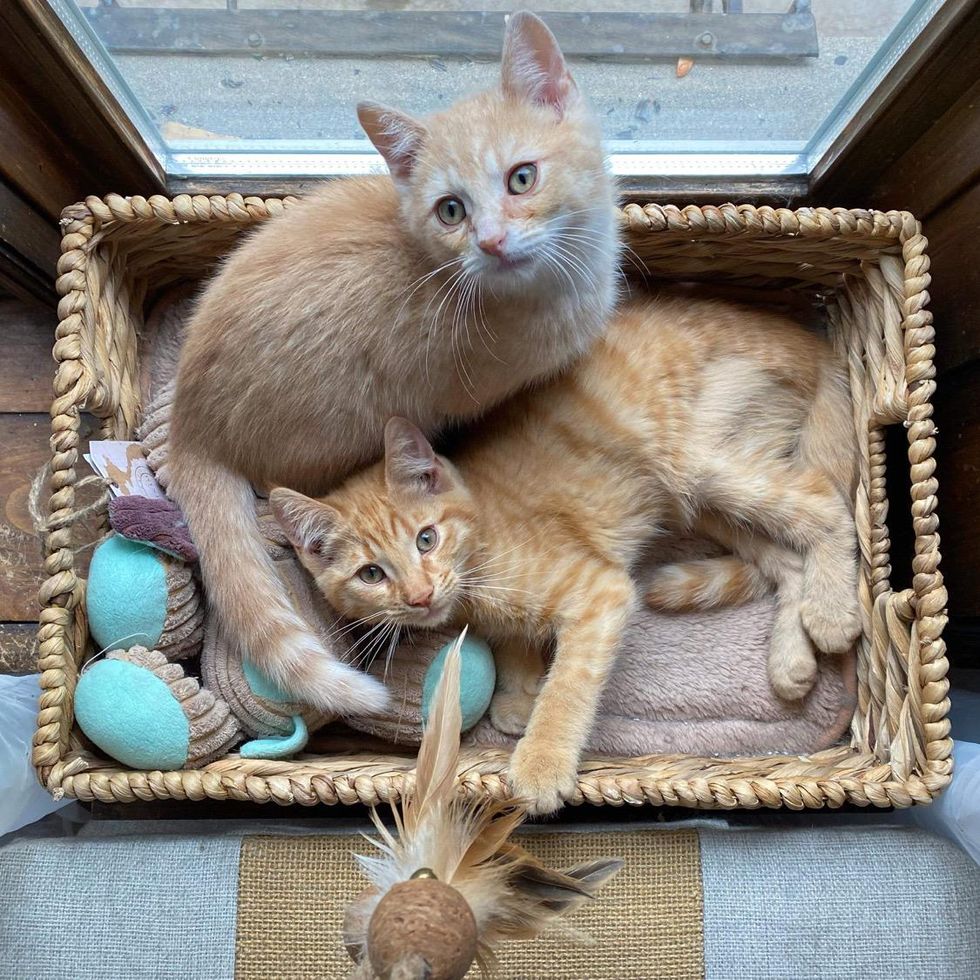 The former stray has come a long way with the help of many volunteers, and transformed into a beautiful tabby cat. 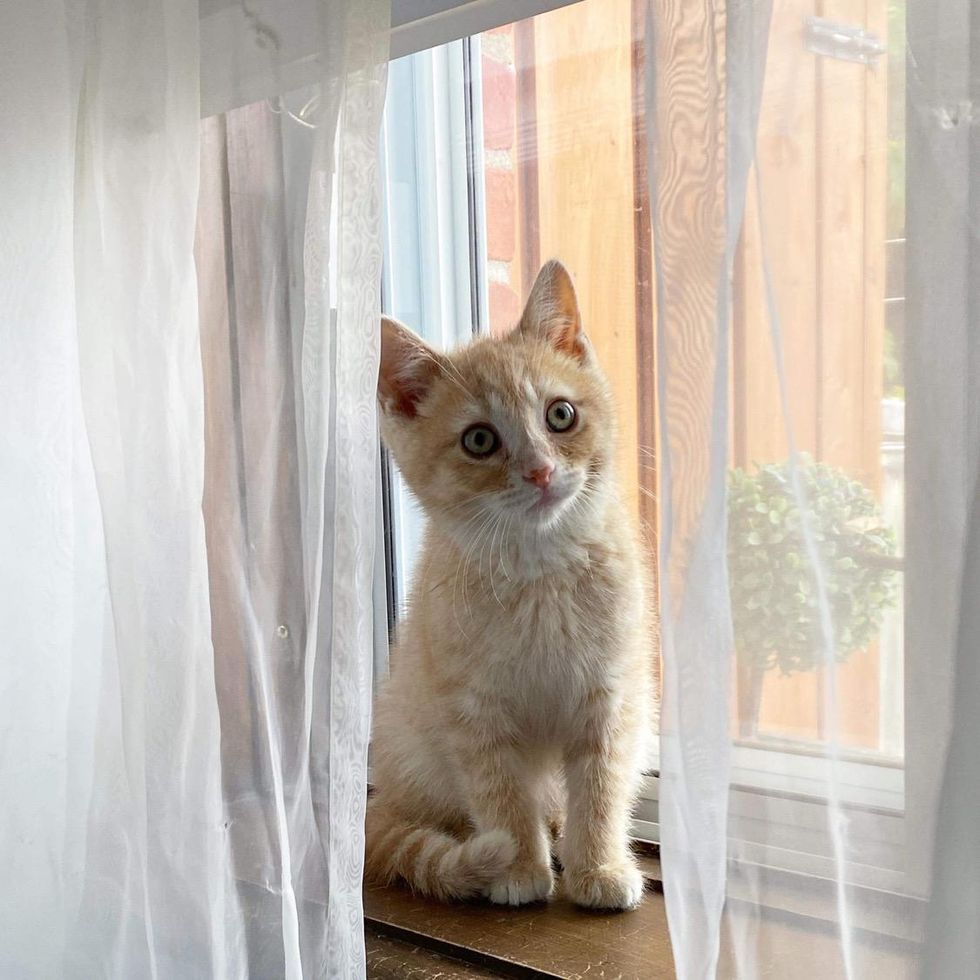 He has blossomed into a beautiful tabby catChatons Orphelins Montréal