Kitten Found Alone on the Street, Meets Dog and Insists on Being His Friend

A stray kitten was found on the street all alone. She befriended a dog and decided he would be family. 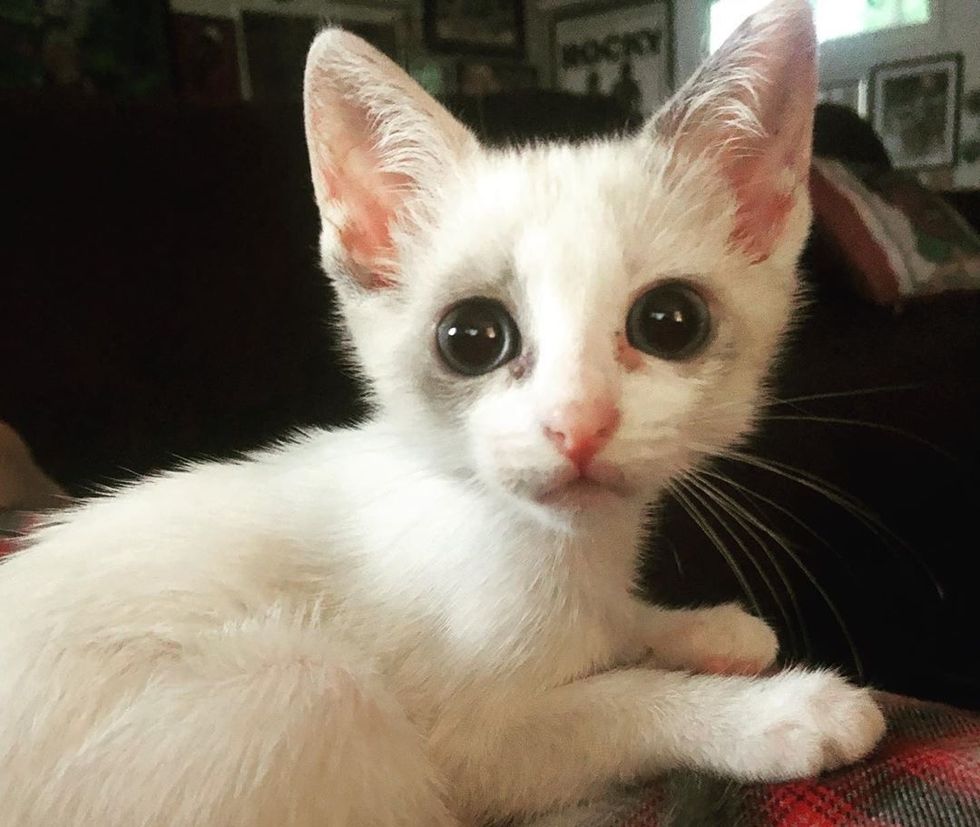 A few weeks ago, Yesenia DelaCueva from California was driving home when she saw what she thought was a t-shirt on the street. She decided to pull over to investigate.

She heard it meow suddenly and realized it was a kitten dragging her leg as she walked. Yesenia approached her, but the little one didn't run and just let her pick her up and wrap her in a blanket.

The kitten was covered in fleas and had a limp. After a much-needed bath and a big meal, she could finally get some shut-eye. 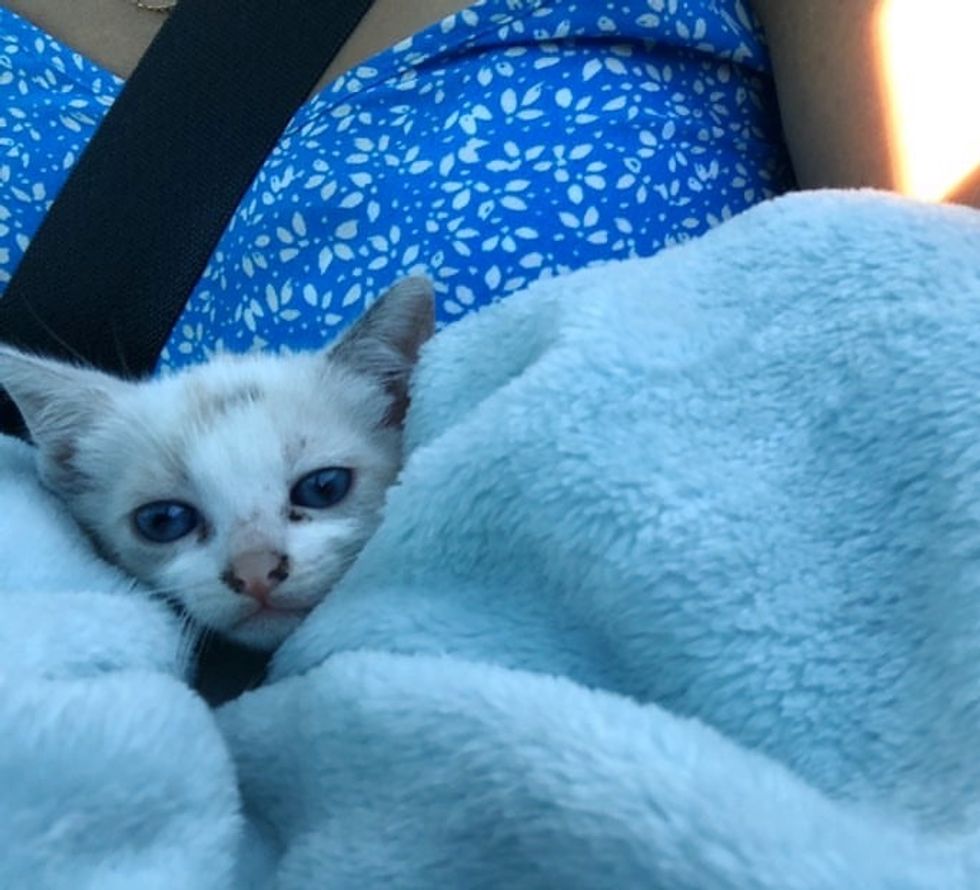 "I reached out to a Facebook page for advice. I had never had a cat so I knew nothing about them," Yesenia told Love Meow.

The kitten needed medical attention and a home. Yesenia would be moving to the East Coast soon, so she began searching for a family that would adopt her. 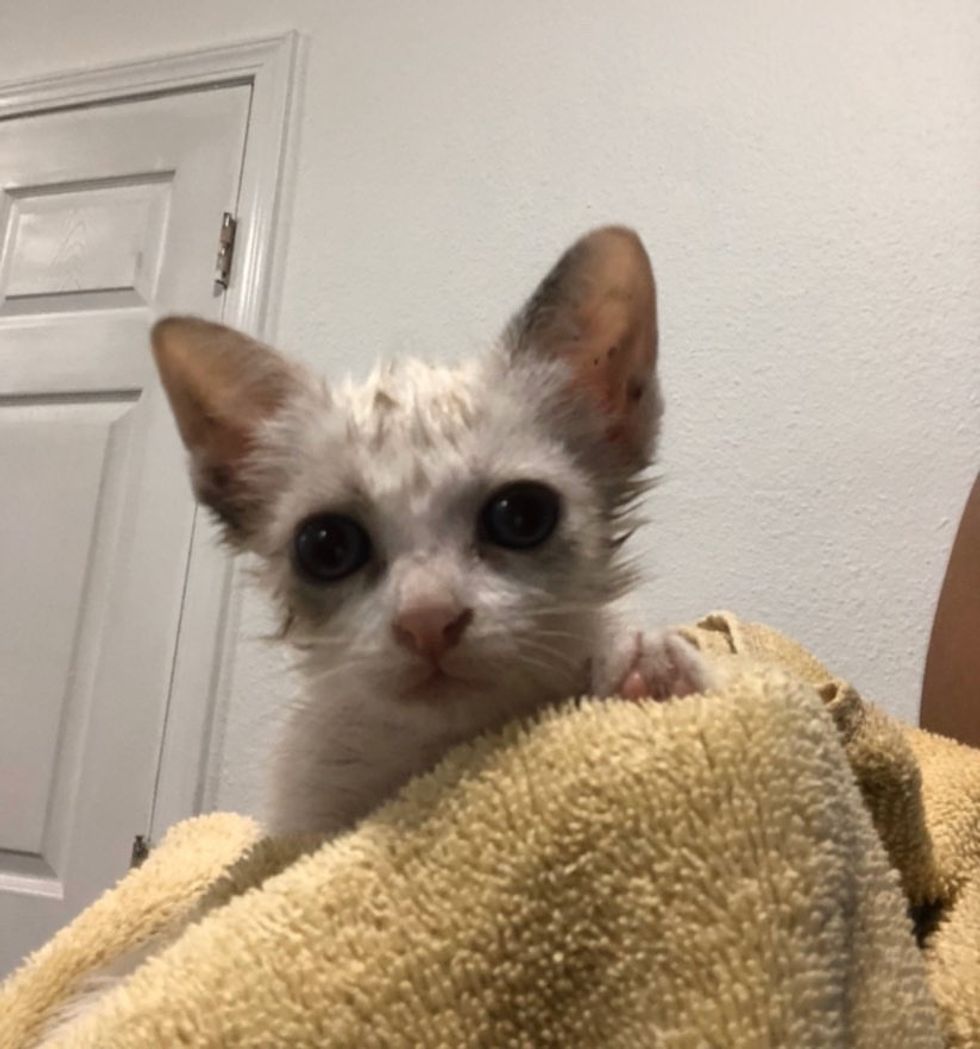 She didn't name the kitten, fearing she would become too attached to let go. The next day, she visited a shelter and found out they had no resources to keep the kitten, and no one else was able to help her.

Yesenia left the shelter and decided she would keep her. 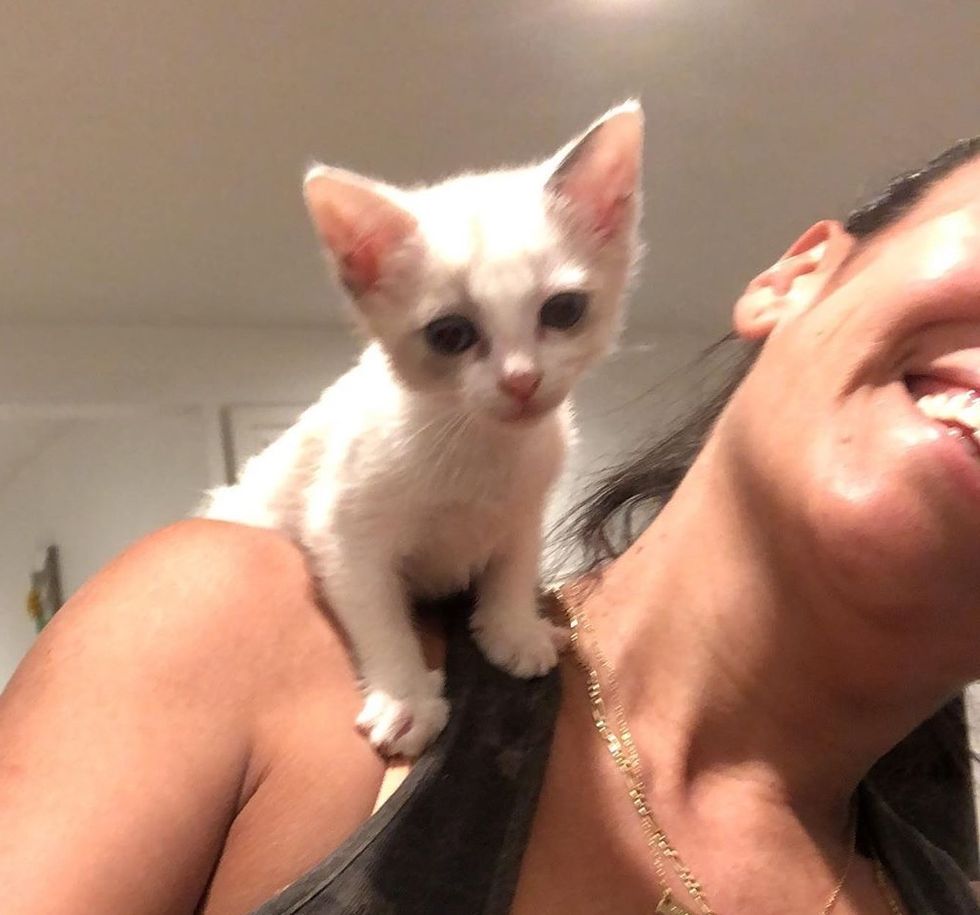 "I was growing so attached to her, and just wanted her to feel safe. I took her to the vet and asked that they do the necessary to prepare her to fly," Yesenia said.

She named her Bella and officially make her a permanent part of her family.

When Bella met the family dog Buster, she started following him everywhere around the house, insisting on being his friend. She would watch him play and pounce on his tail in the process. 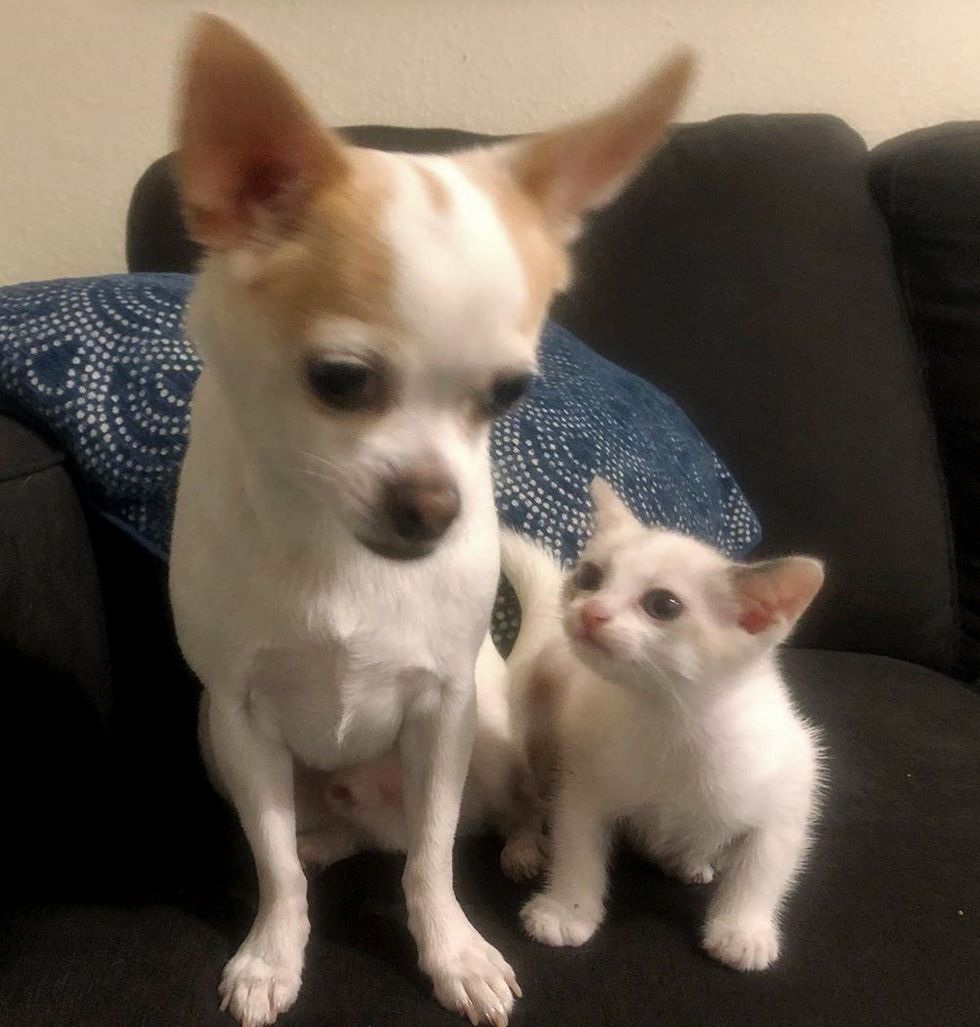 Bella went to the airport with her family and took her first flight to her new home in Rhode Island.

Watch Bella and Buster in this cute video:

"She did great the whole flight. I think she knew she was going to be ok." 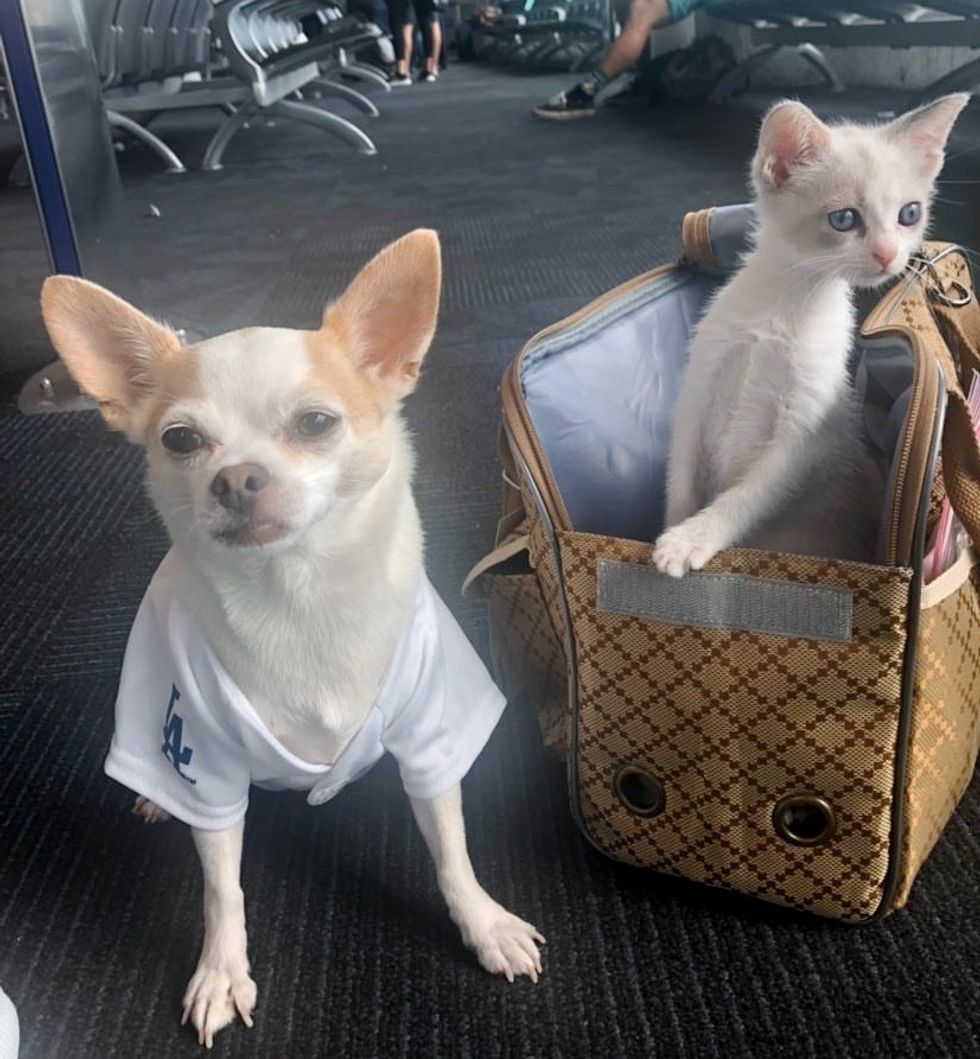 The former street cat is loving her new life as a spoiled indoor kitty. She is happy, active and quite the mischief-maker.

Buster tolerates her every antic and doesn't mind the rough playing. 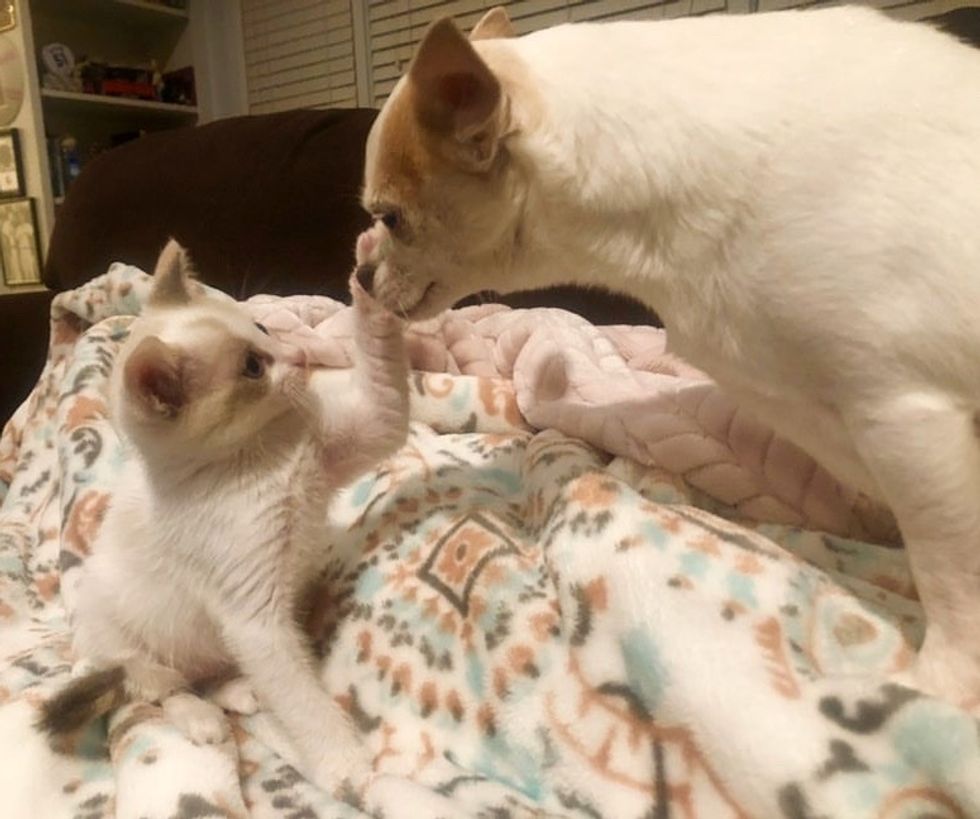 "She is always lurking within three feet from him all the time. When he's eating, she will swat his tail and run away only to come right back," Yesenia told Love Meow.

The two best friends often share lap time with their human together. 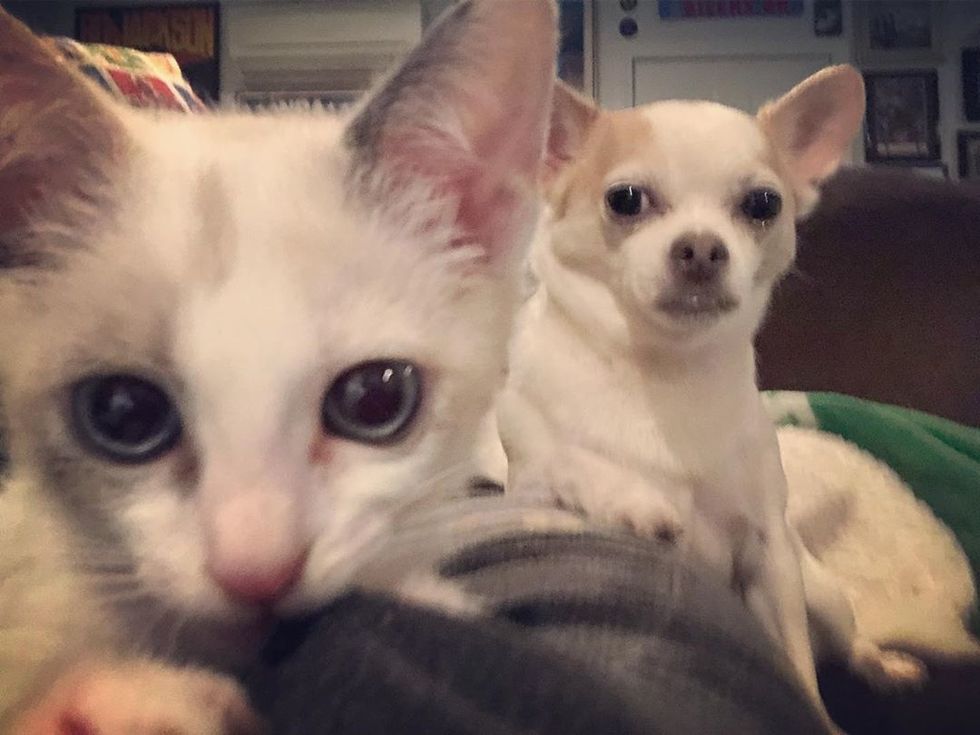 "First day, she climbed into our bed and went right to sleep before we went to bed," Yesenia said.

Now, she has a buddy to cuddle with every night. Life is good! 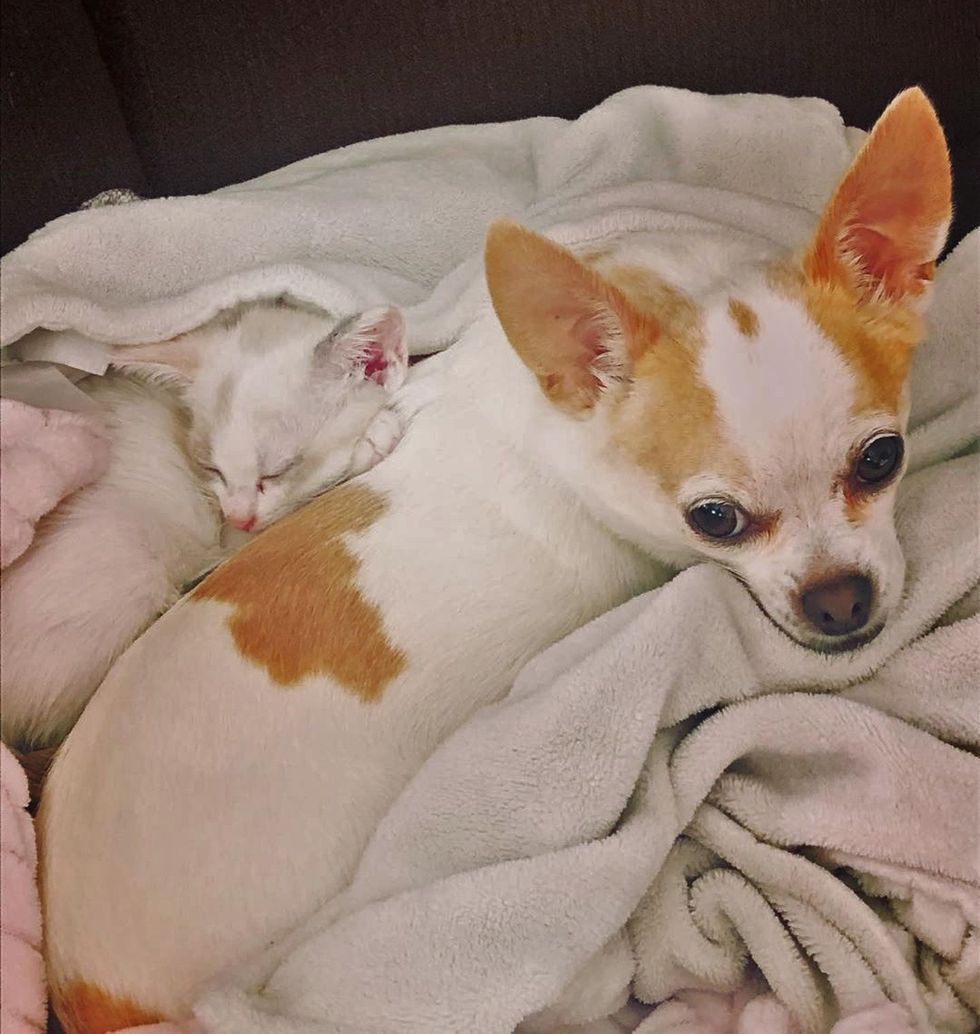