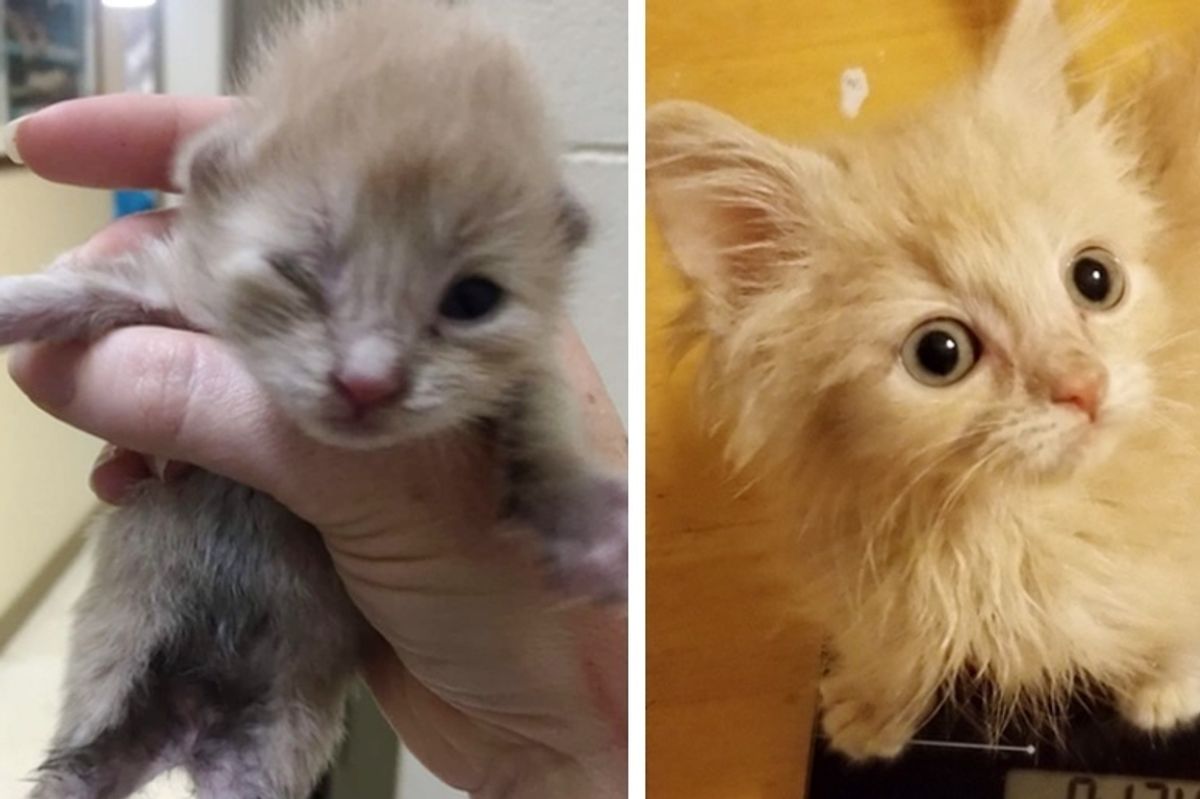 Orphaned Kitten Who Couldn't Grow for a Long Time, Never Gave Up Trying

A tiny kitten was found all alone, covered in dirt and brought into a local shelter in North Alabama.

She was around one week old and desperately needed a mom. 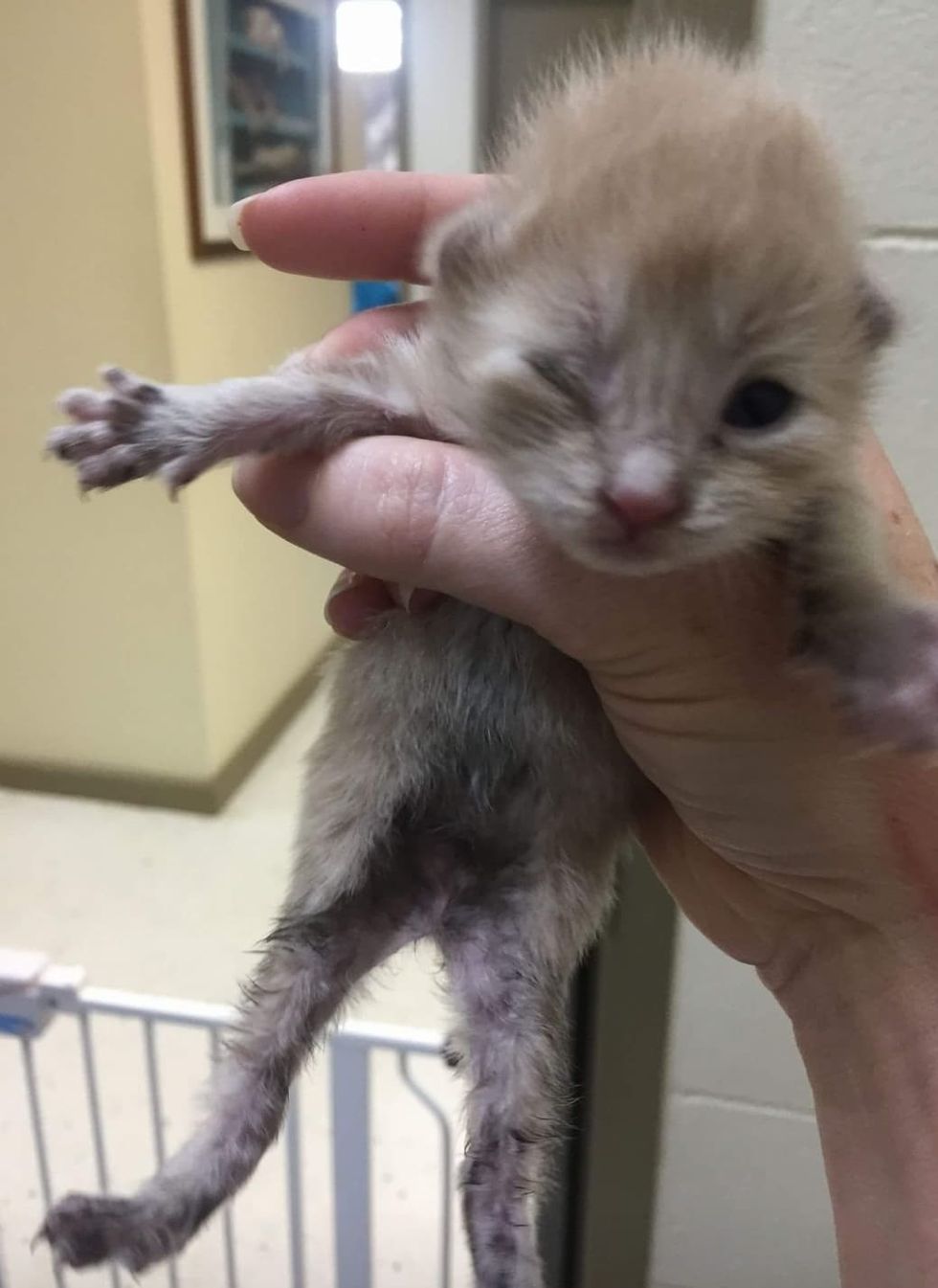 Mary Chromek, a volunteer of Friends of Rescue, learned about the kitten's plight and rushed to rescue her. "Even though I had just pulled several other kittens, I always have room for a singleton," Mary told Love Meow. "I sped to the shelter, racing the clock to get there before they closed."

The kitten had one eye that had just started to open, and the other was closed due to an infection. "She was tiny for one week, still the size of a newborn. I gave her the fitting name of Hope." 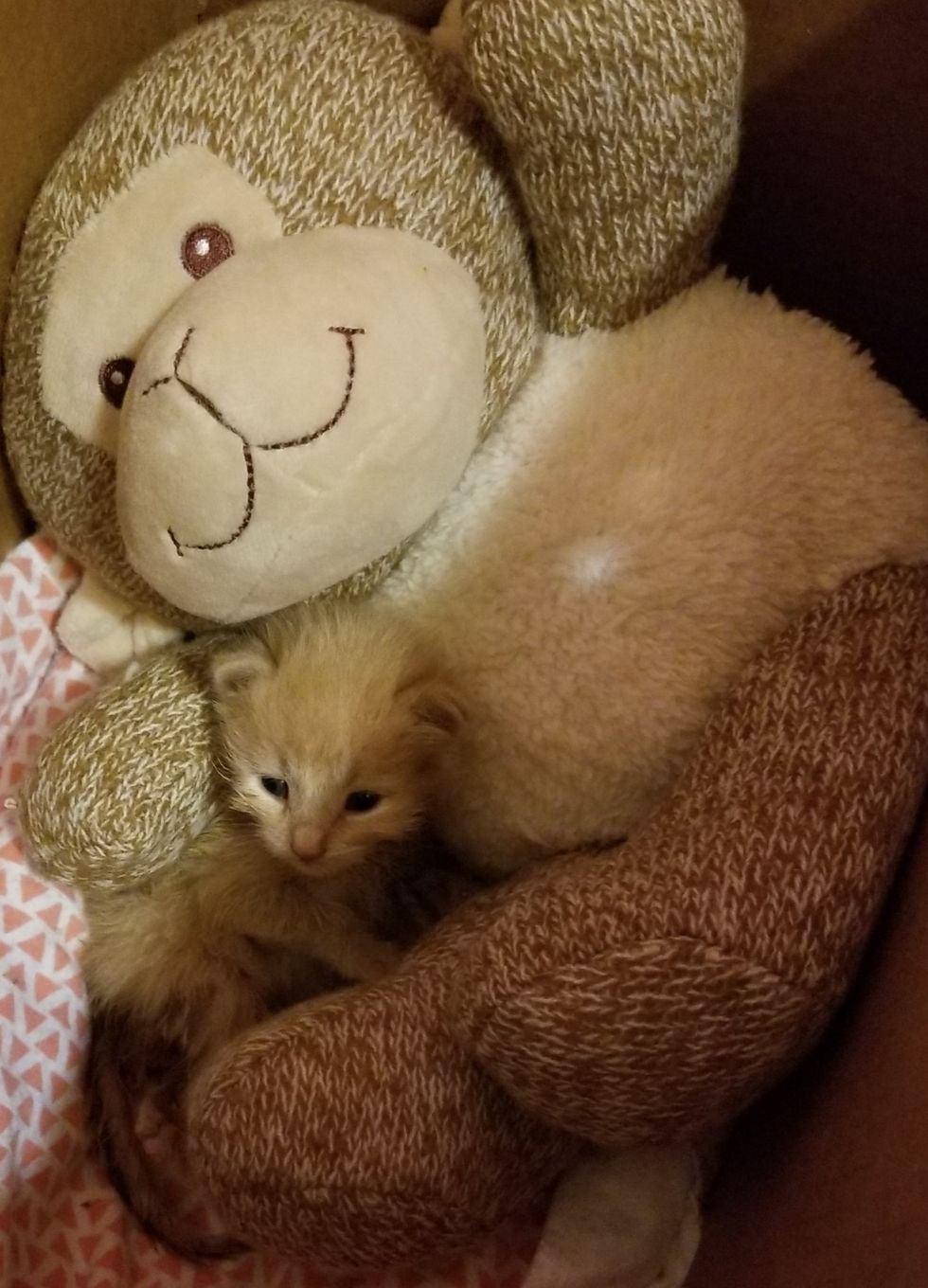 "By three weeks old, she was still only 160 grams, which is the weight of a 7-12 day-old usually. She got to 190 grams at five weeks, but was hit with a nasty strain of coccidia. Being so tiny, it hit her hard and fast," Mary said.

There were many times where Mary worried that the kitten might not make it through the night, but she refused to give up. She helped the kitten eat when Hope had lost her appetite and kept her hydrated and supplemented as the kitten was too weak to move. 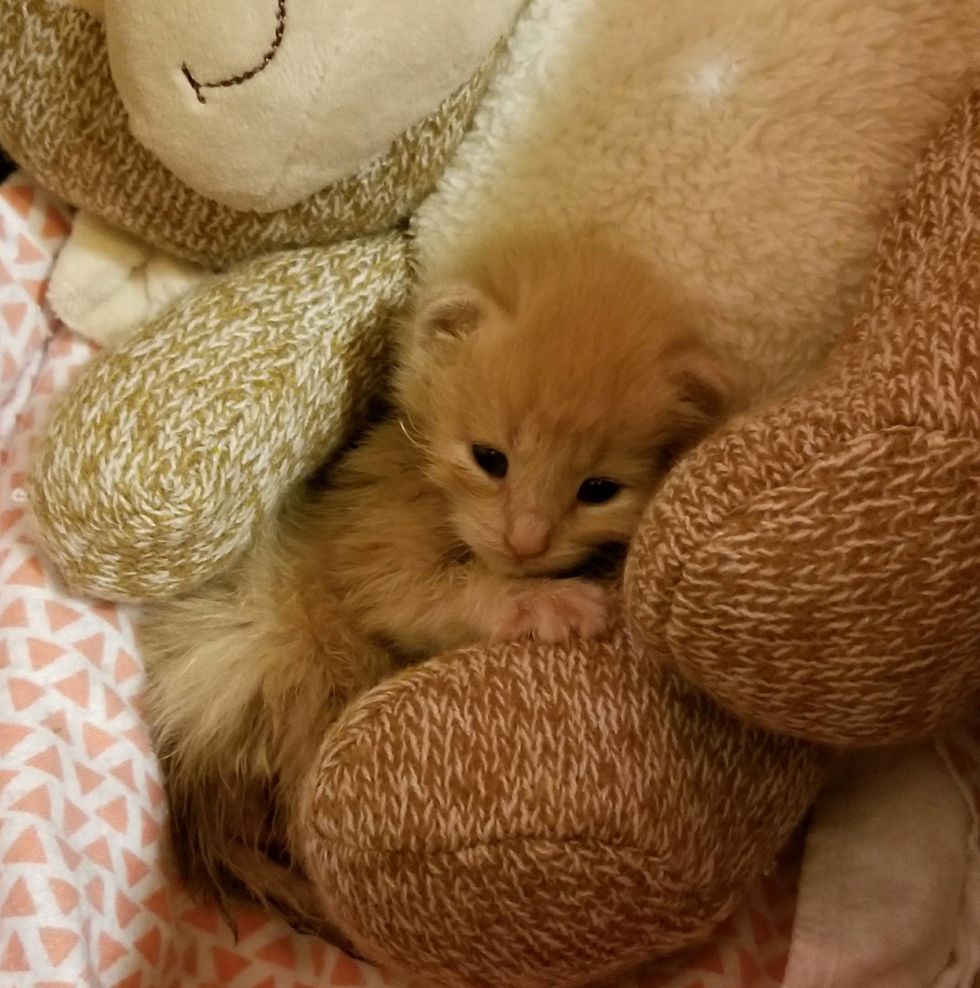 "Being the tiny but mighty little girl Hope is, she pulled through and ate some by herself on the fifth day," Mary told Love Meow. "Each day, she would eat just a little more."

Hope stayed tiny at just 12 ounces for weeks until one night, she was taken to the ER where they discovered that she had hookworms. "With treatment, she felt better after just two days, and then had a growth spurt overnight once those nasty thieving worms were gone." 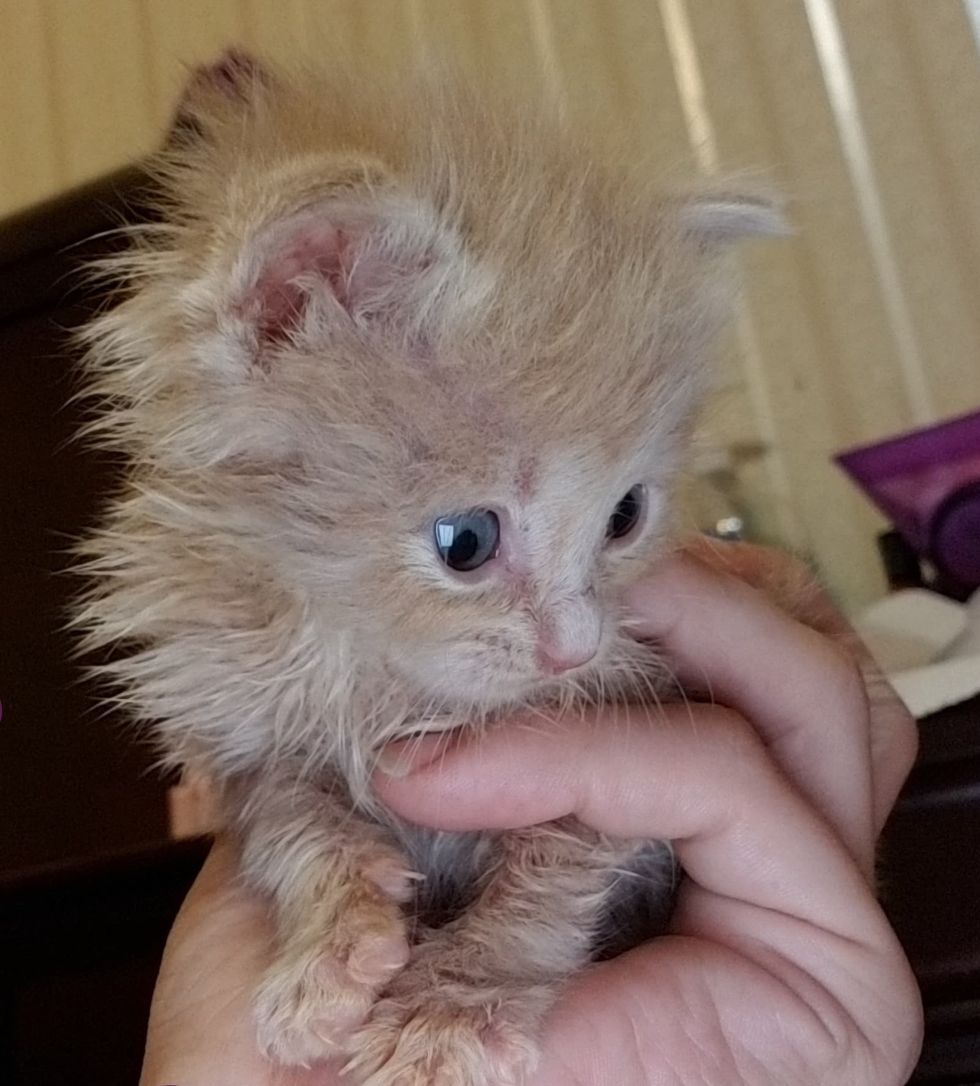 At 11.5 weeks, Hope finally reached one pound - an incredible milestone that got everyone on their feet cheering.

The road to full recovery was a long one filled with many scares but the little fighter never wavered. 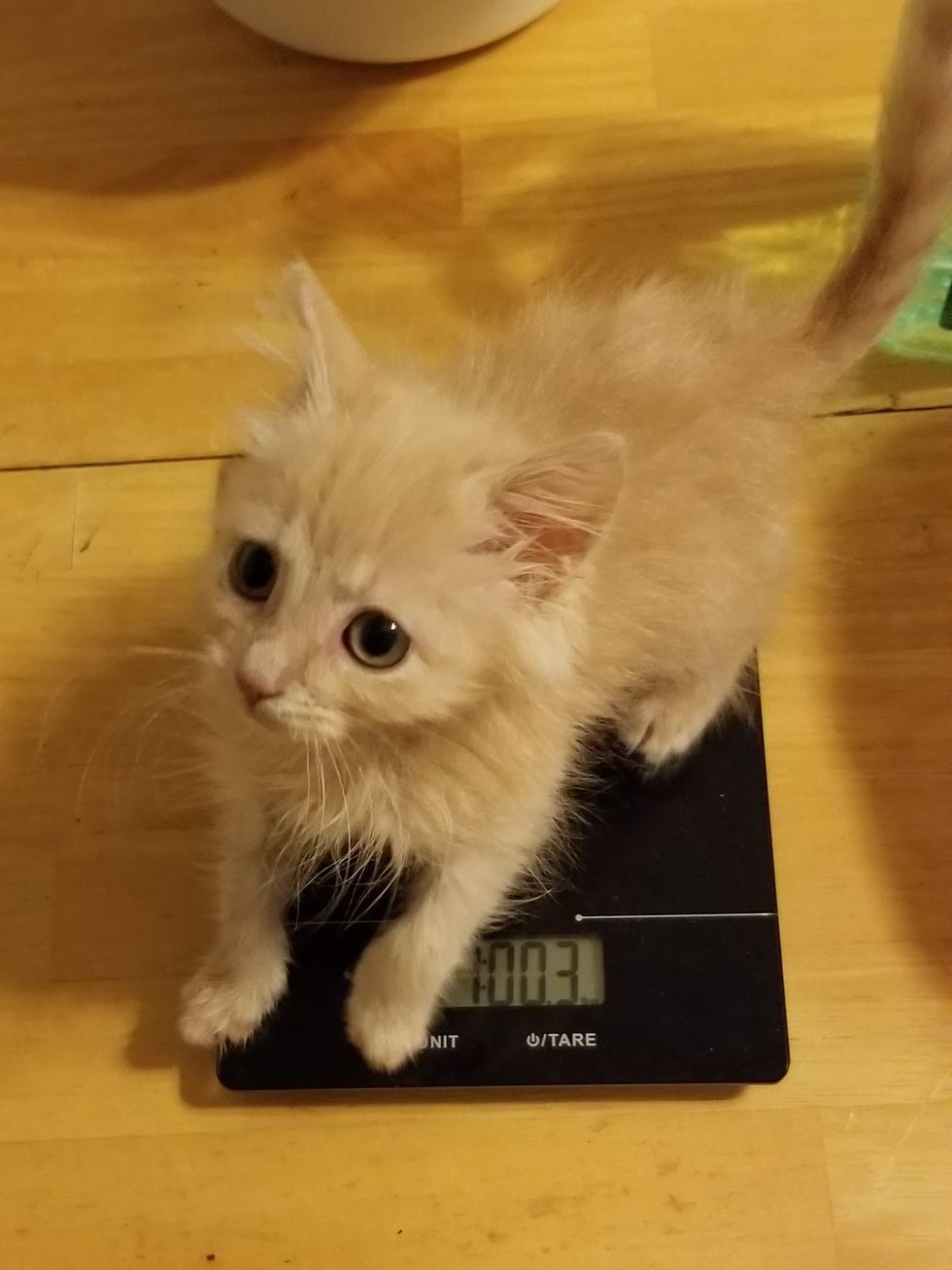 "Hope is such a sweet little girl and has an attitude that is about ten times her size. Even though she was always way behind size-wise, she wasn't behind developmentally," Mary added.

"She was so coordinated, running around and jumping even when she looked like a little hamster. She just has no idea how tiny she really is." 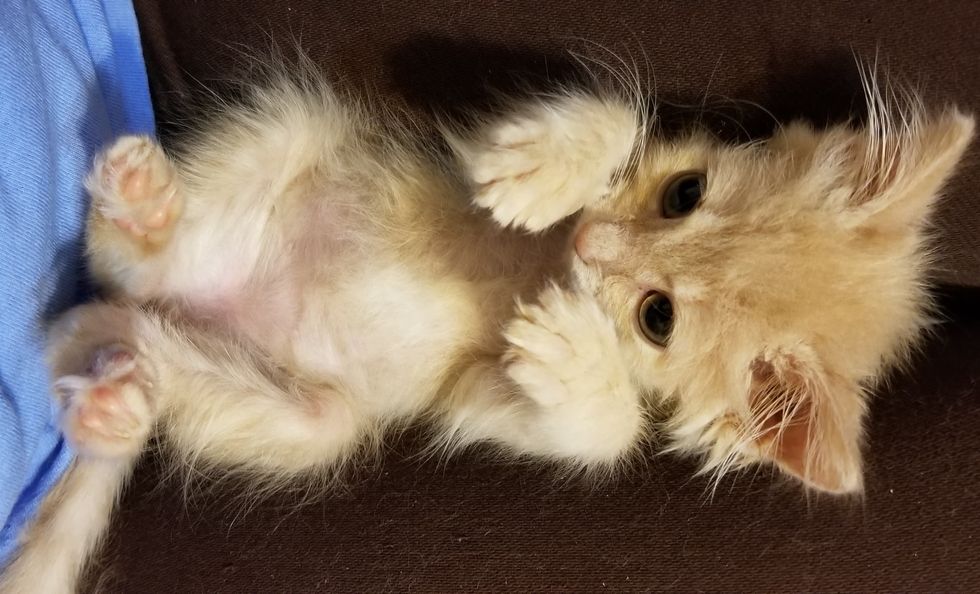 Mary fell head over heels for the little kitten on day one. "After seeing her go from newborn orphan to fighting through so many obstacles, I knew that I needed her in my life," Mary told Love Meow.

"She gave me hope when i was losing it in life." 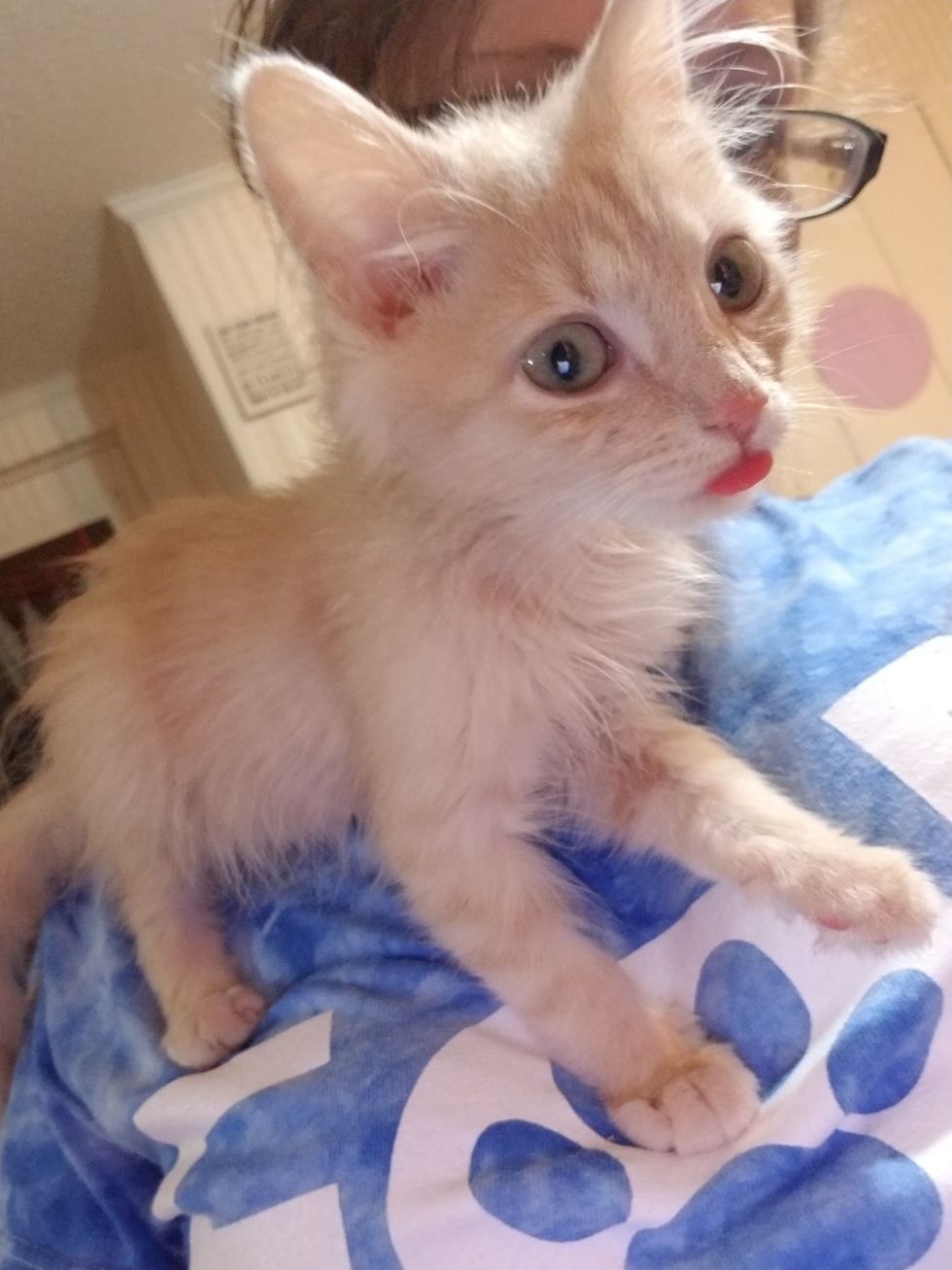 "Hope is now just over 18 weeks old, and she weighs a whopping one pound and eight ounces! She is growing, just very slowly," Mary told Love Meow.

Watch Hope's journey in this video:

She is about 1/3 the size of a normal kitten her age, but what she lacks in size, she makes up for in cattitude and personality.

"Her personality is bigger than her body. She is so loving and just wants my attention. She will meow the cutest little mew until she gets her way," Mary said. 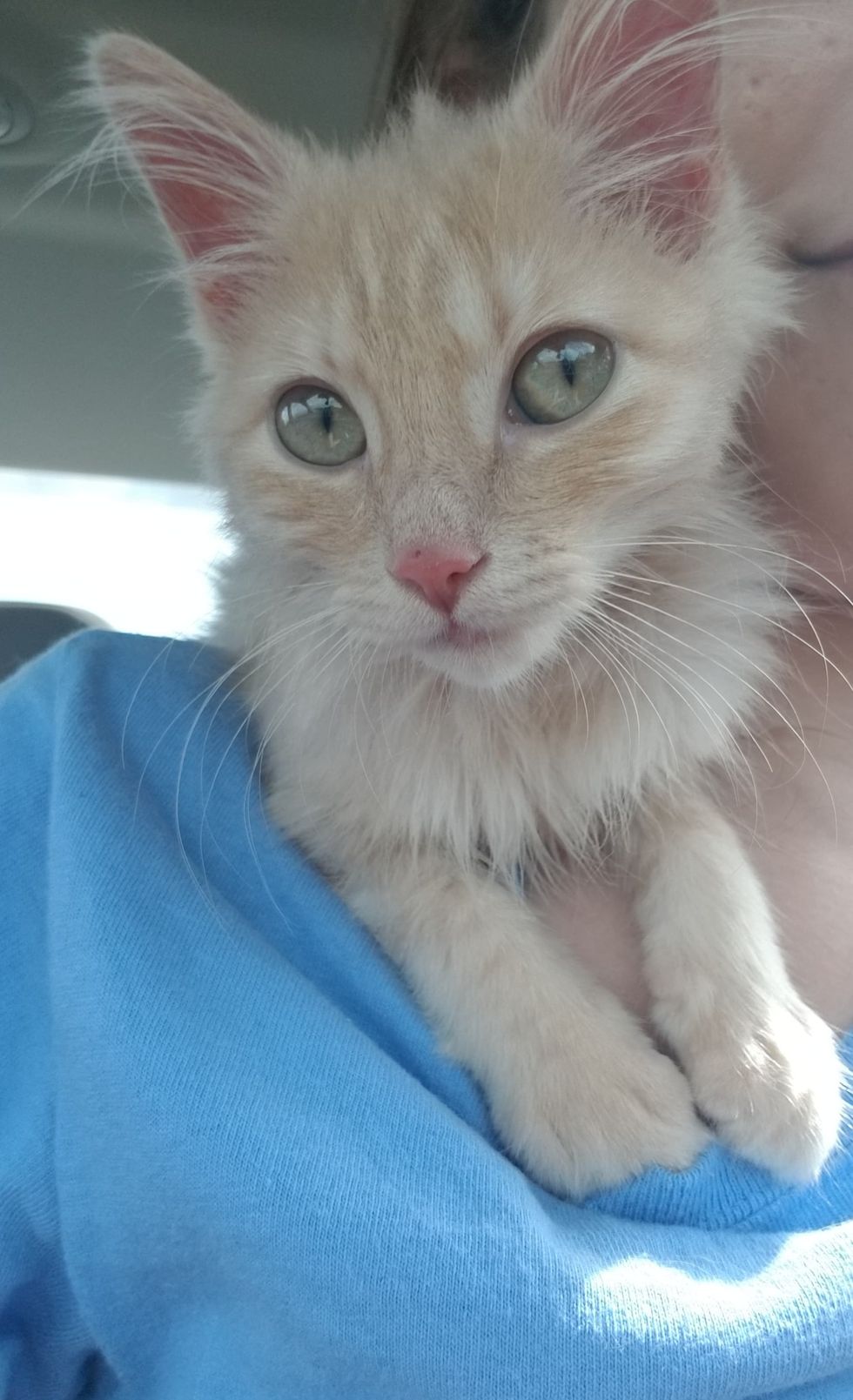 "Hope loves to perch on my shoulder to watch everything going on. She is my little shoulder kitty."

After a long day of snuggling, the sweet kitten falls asleep on her favorite nap spot. 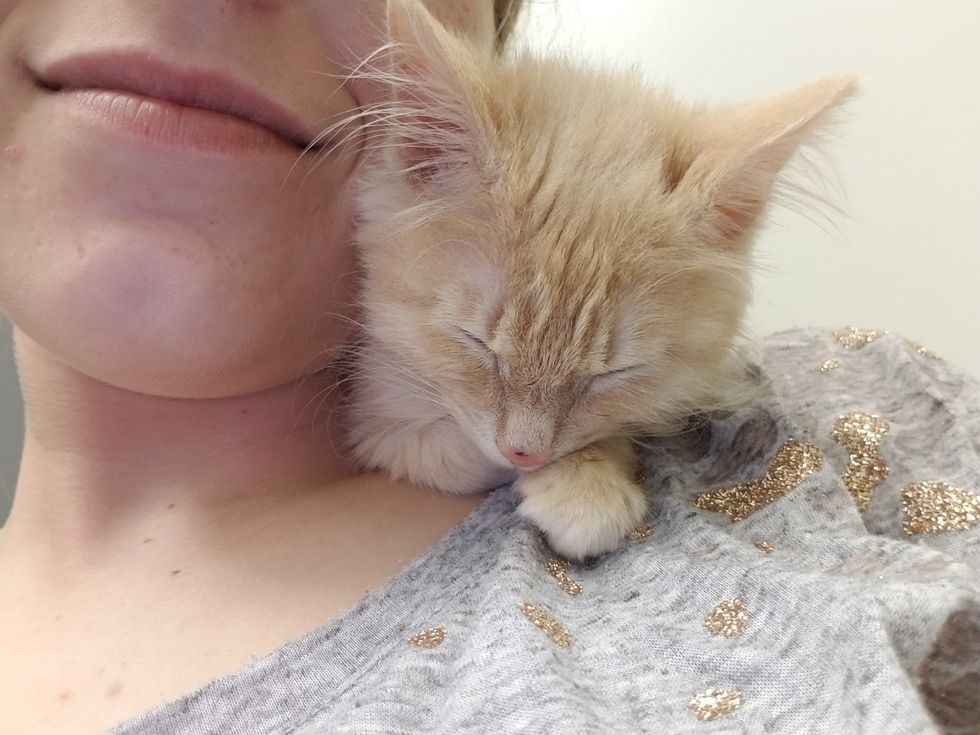 "Hope has grown into such a gorgeous little kitten, and I can't wait to see how she looks fully grown," Mary told Love Meow.

"She has given me Hope in a time when I had very little in life." 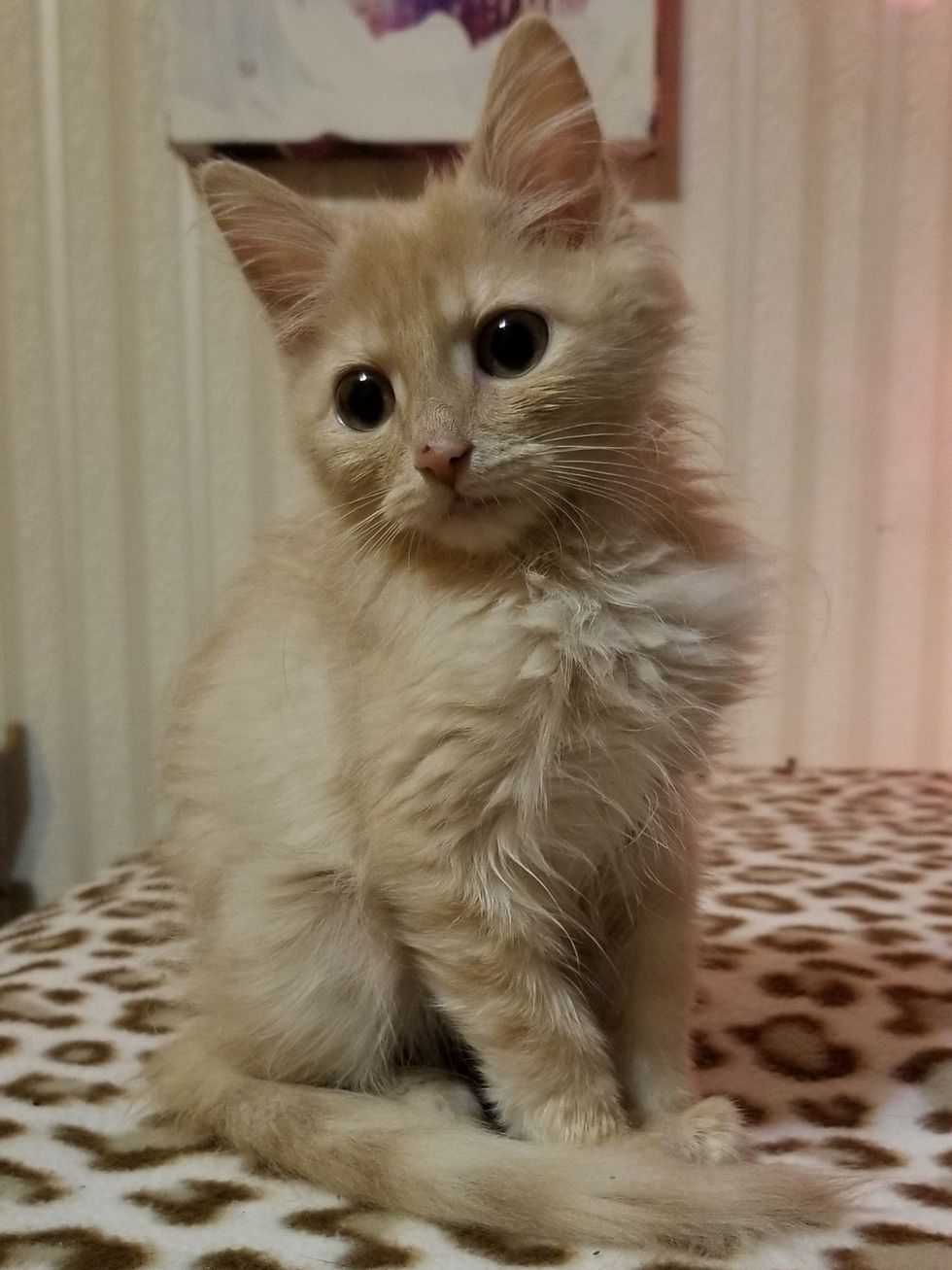