A rock band was touring in Florida when a member of the crew heard a kitten's meow. What ensued later surprised them all. 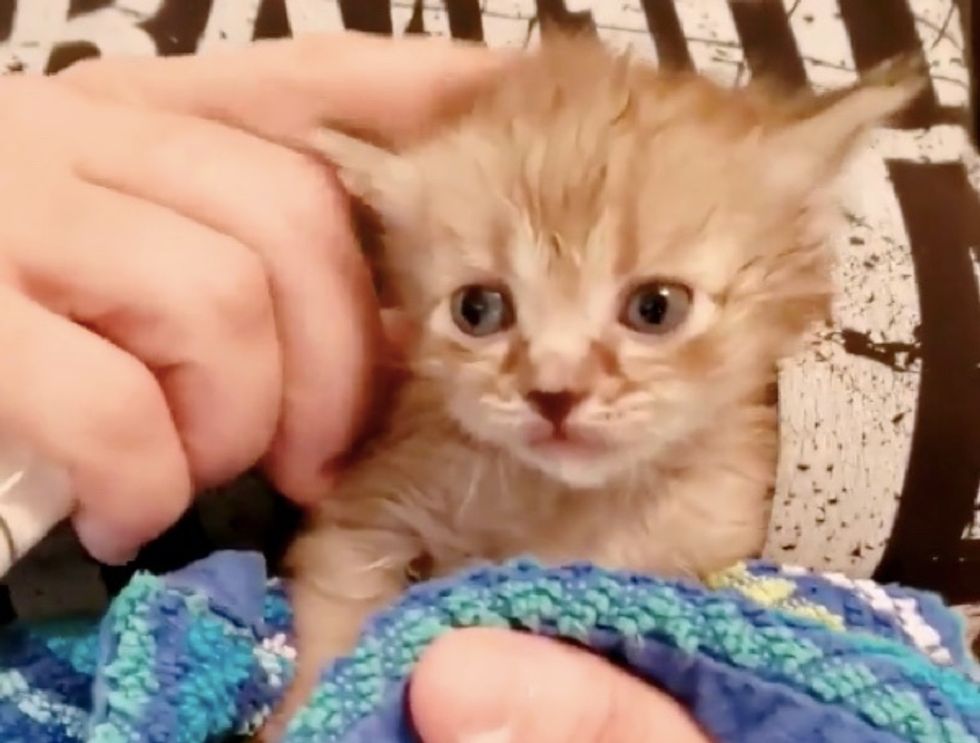 On July 5th, the band members and crew for Sister Hazel had just arrived in Ocala, FL for a concert at the Reilly Arts Center. That afternoon, a crew member heard some noise coming from inside their bus — it sounded like a cat.

The meowing continued even after they shut down everything in the vehicle. It surely wasn't a mechanical issue — there were cats trapped inside somewhere.

They traced the sound to the front battery compartment of the bus. When they opened it, they saw not just one but six tiny kittens drenched in rain water. They had been stowed away under the bus and traveled all the way from Nashville, Tennessee over the course of two days. 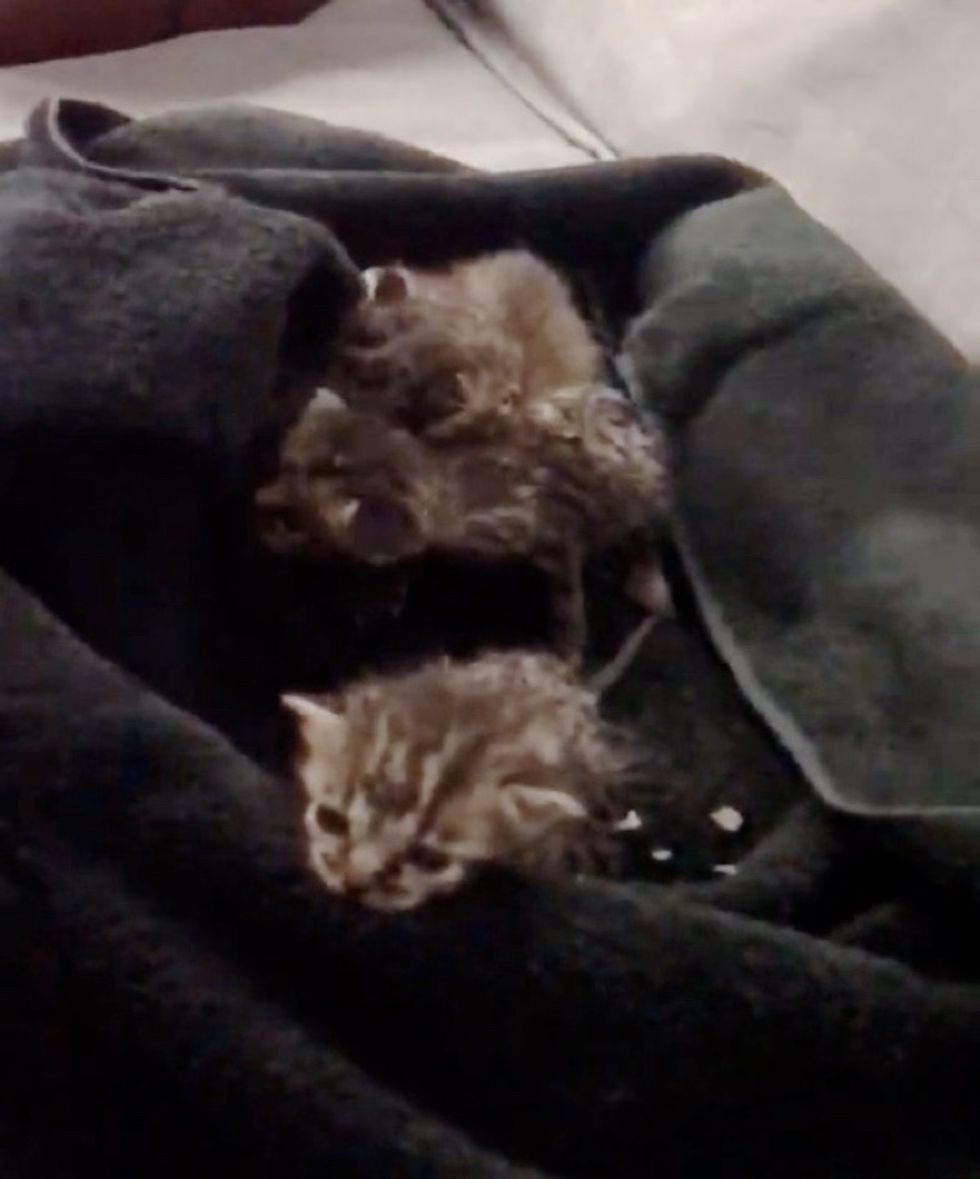 The band contacted the bus owner for some advice to safely retrieve the kittens. As it turned out, a stray cat gave birth to the litter of six on the tour bus company's lot a few weeks ago. They believed the mother must have moved the kittens.

The little ones were wet, a bit cold and very hungry but otherwise, meowing and moving around with miraculous resolve. The crew took them inside and wrapped them up in a large, soft towel, trying to warm them up.

Watch their rescue in this video:

Melissa Brady, an employee of this venue, was there to tend the bar when she saw the kittens huddled up in the towel. "The band did everything they could at the time and place, trying to keep them comfortable," Melissa told Love Meow.

Coincidentally, she happens to be the founder of a local animal rescue, Melissa Bell's Rescue. Without hesitation or a second thought, she offered to take the kittens and started bottle feeding them around the clock. 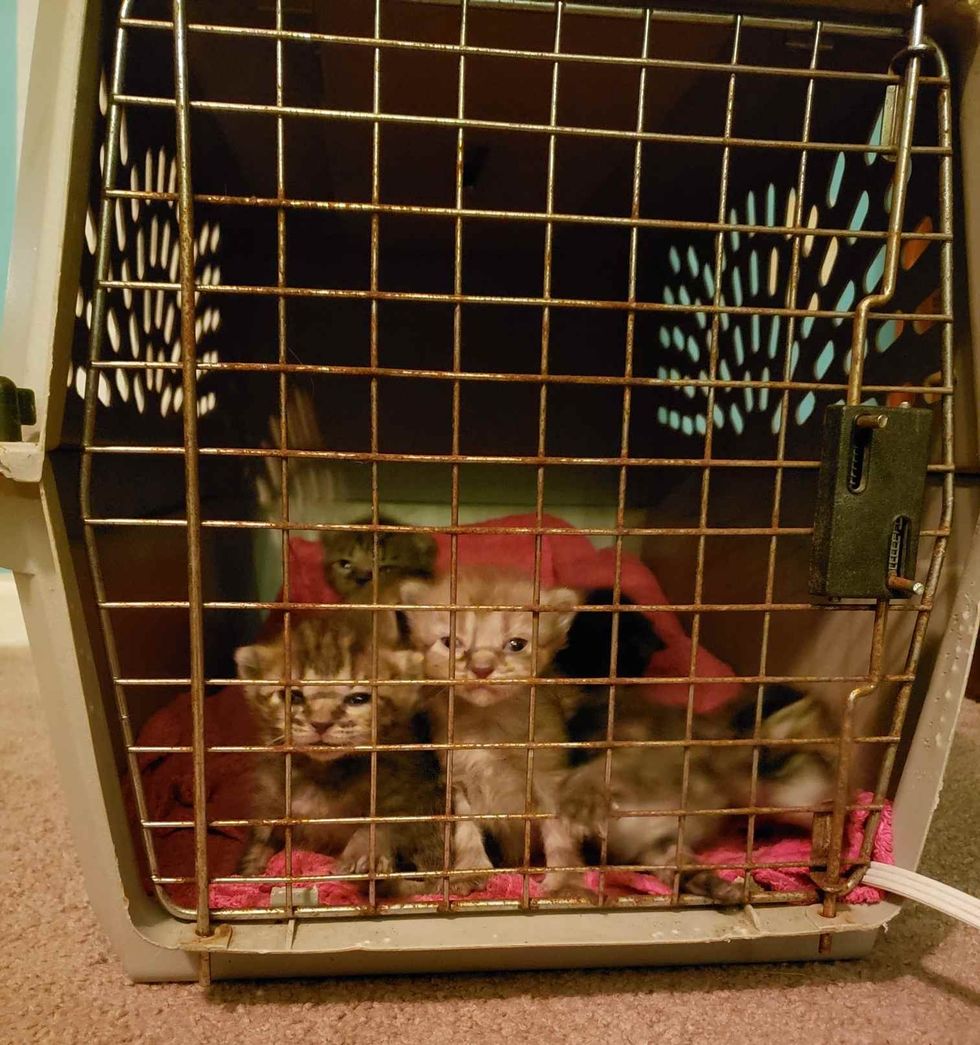 A few days later, the bus company was able to locate the cat mom who unfortunately didn't survive the harsh outdoor environment. "Her spirit and her love lives on through her kittens," Melissa said.

The six feline siblings have really blossomed over the past two weeks. They are growing bigger and stronger in a safe, comfortable home where food abounds and love is abundant. 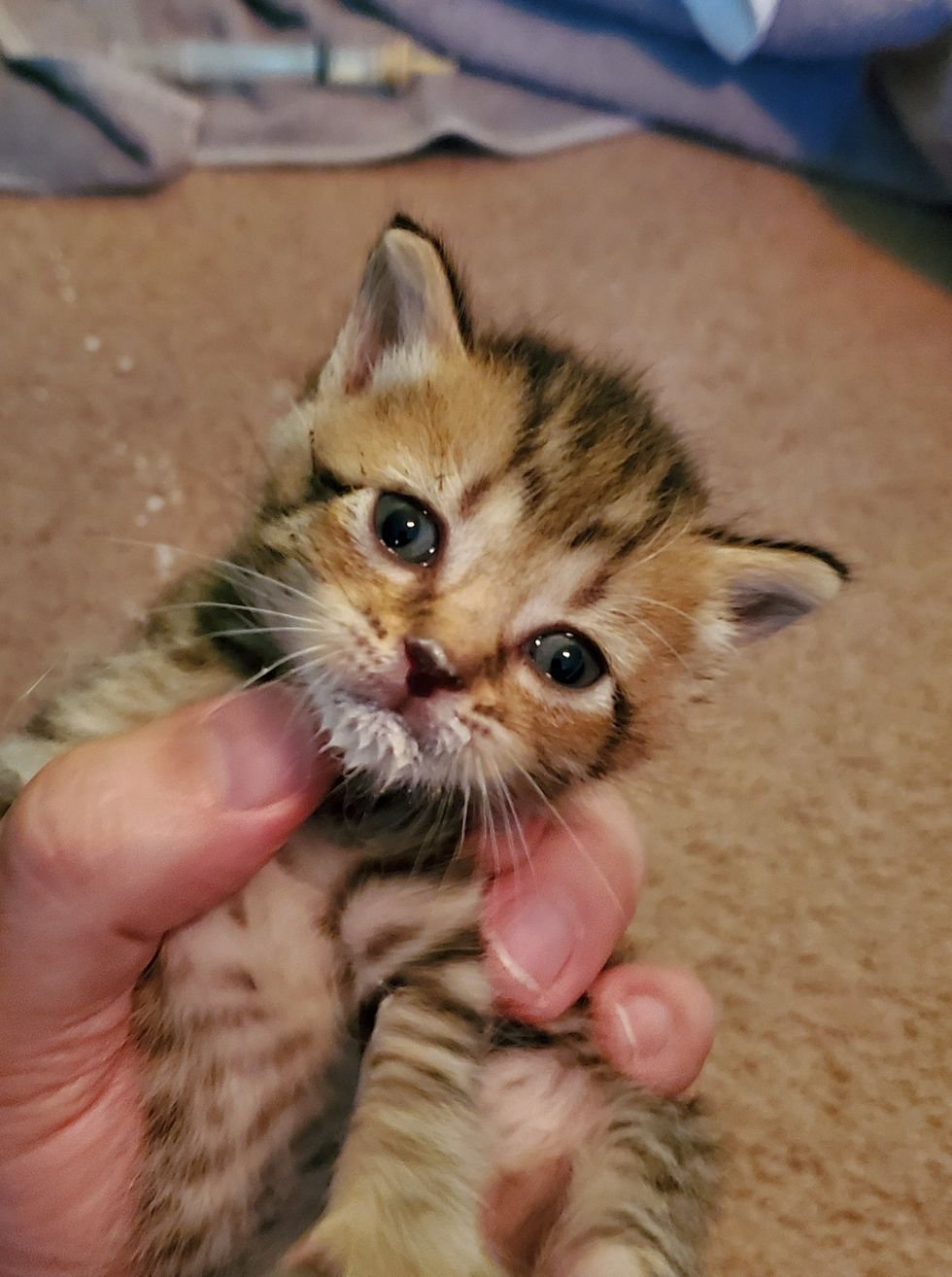 They are eating like champs and hitting one milestone after another. Soon, they will start learning to eat solid food on their own as they continue to grow and develop.

"I was in the right place at the right time to help them. They have been going full force ever since," Melissa told Love Meow. 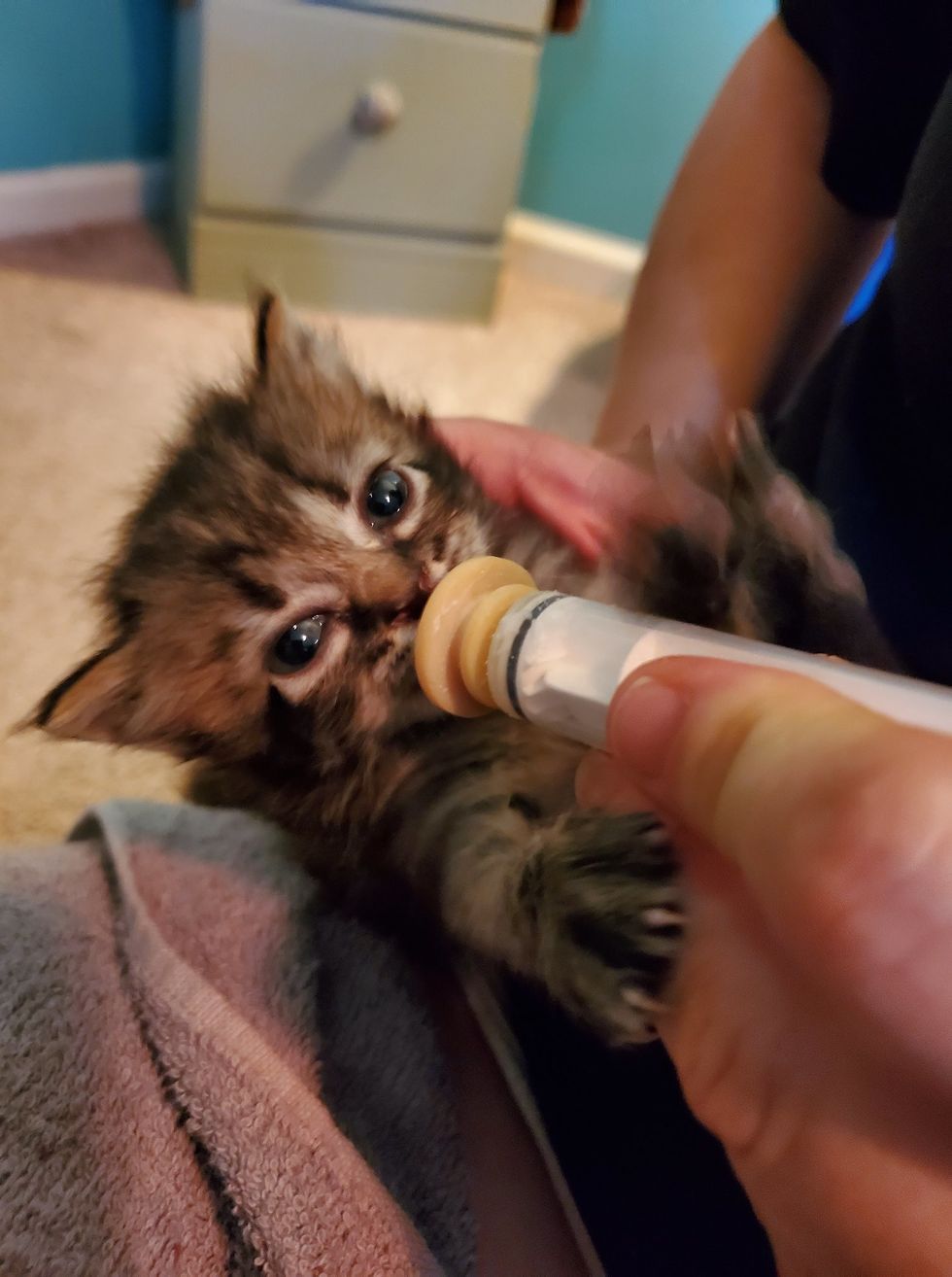 "These kittens were moved by their mother. They made a long journey, underneath a bus, in the rain and through the elements to get to us.

"I happened to be an employee at the venue where they were. It was meant be." 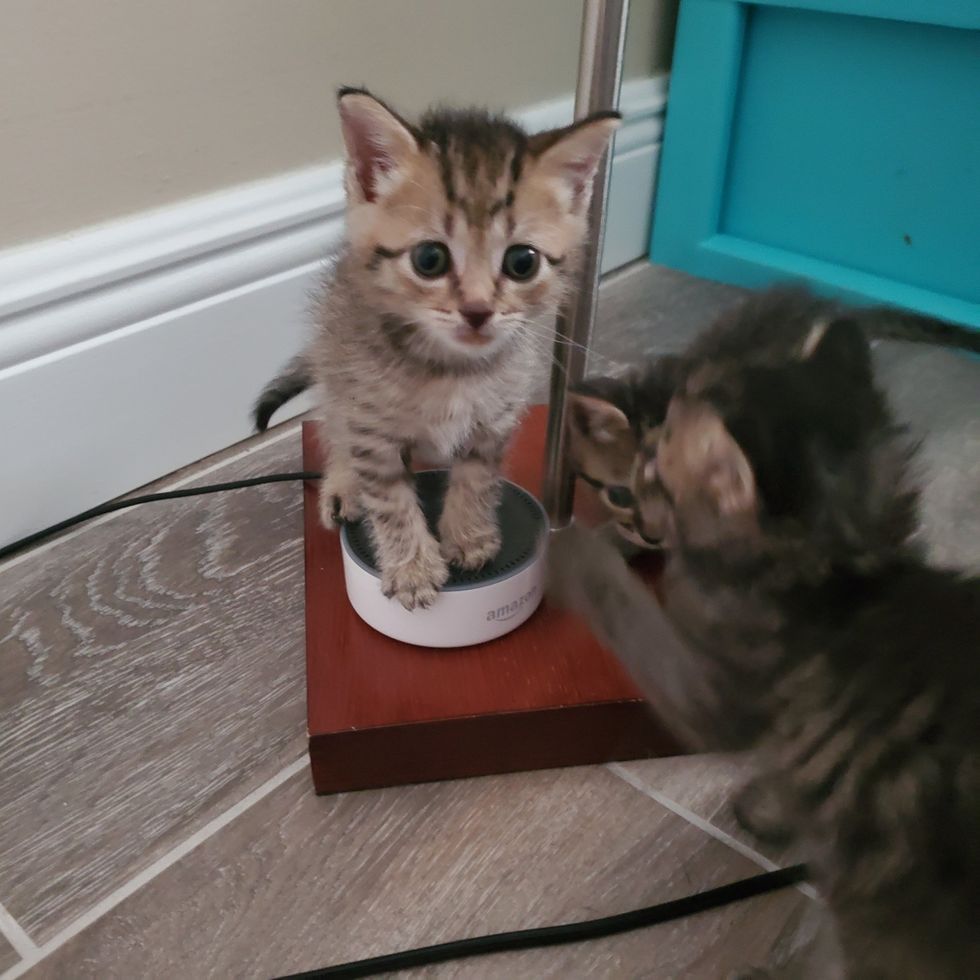 Related story: Cats Who Survived Car Fire, Got Help for Their Kittens Then Saved Orphaned Kitties Too