Wally and Eve were found in a garbage bag along the side of a road. They kept each other alive until rescue arrived. 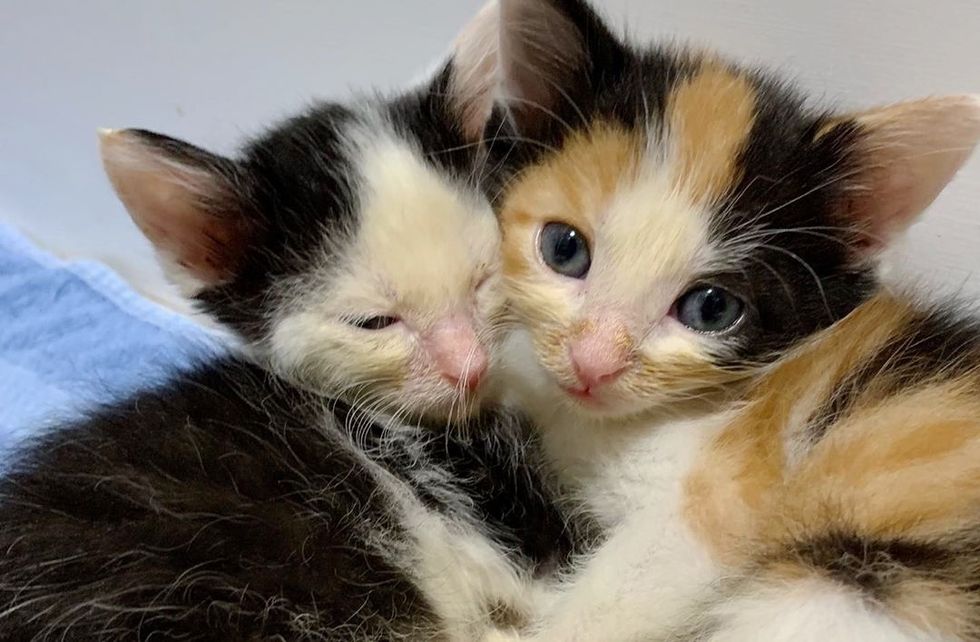 Around mid-June, a resident from Indiana discovered three little kittens inside a trash bag, meowing for help. They were in poor shape, covered in filth.

She rushed them to the Whitley County Humane Society, but sadly, one of the kittens lost his fight. The remaining two siblings were just skin and bones and needed a lot of help. Barb, a foster volunteer, came to their rescue.

"The vet tech handed them over to me. We both remarked how bad Wally looked, and neither of us expected him to survive," Barb told Love Meow. "He wouldn't eat, he was limp and hoarse from crying. They both had ammonia burns on their legs and bellies from lying in their own waste."

Wally nuzzled into Eve's arms for comfort while Eve leaned onto him to cheer him up. 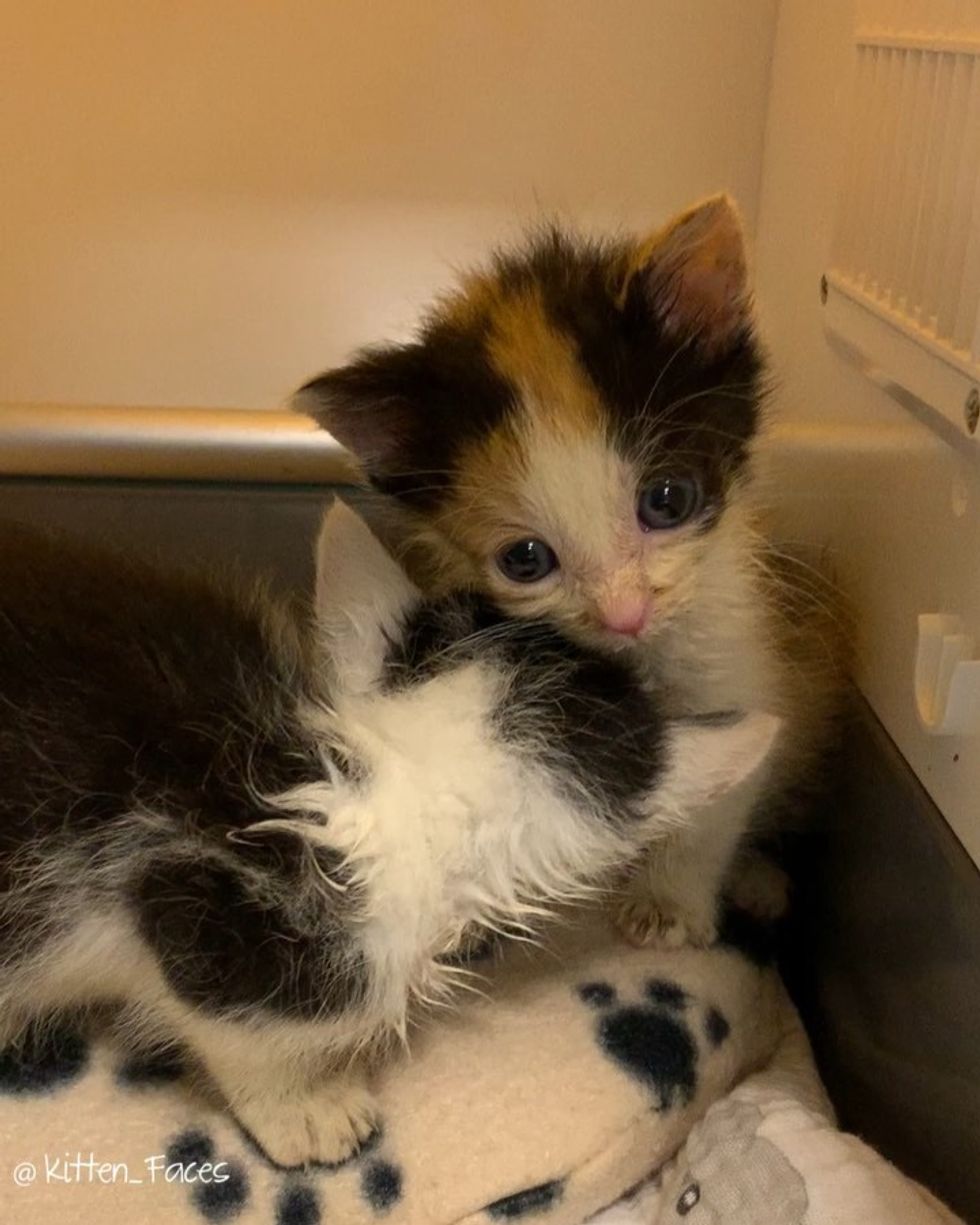 After getting the kittens some fluids and meds, Barb began feeding them every couple of hours.

"We had to use a feeding tube for Wally because he would not drink from a bottle. The following day, he was able to eat some baby food meat from a spoon." 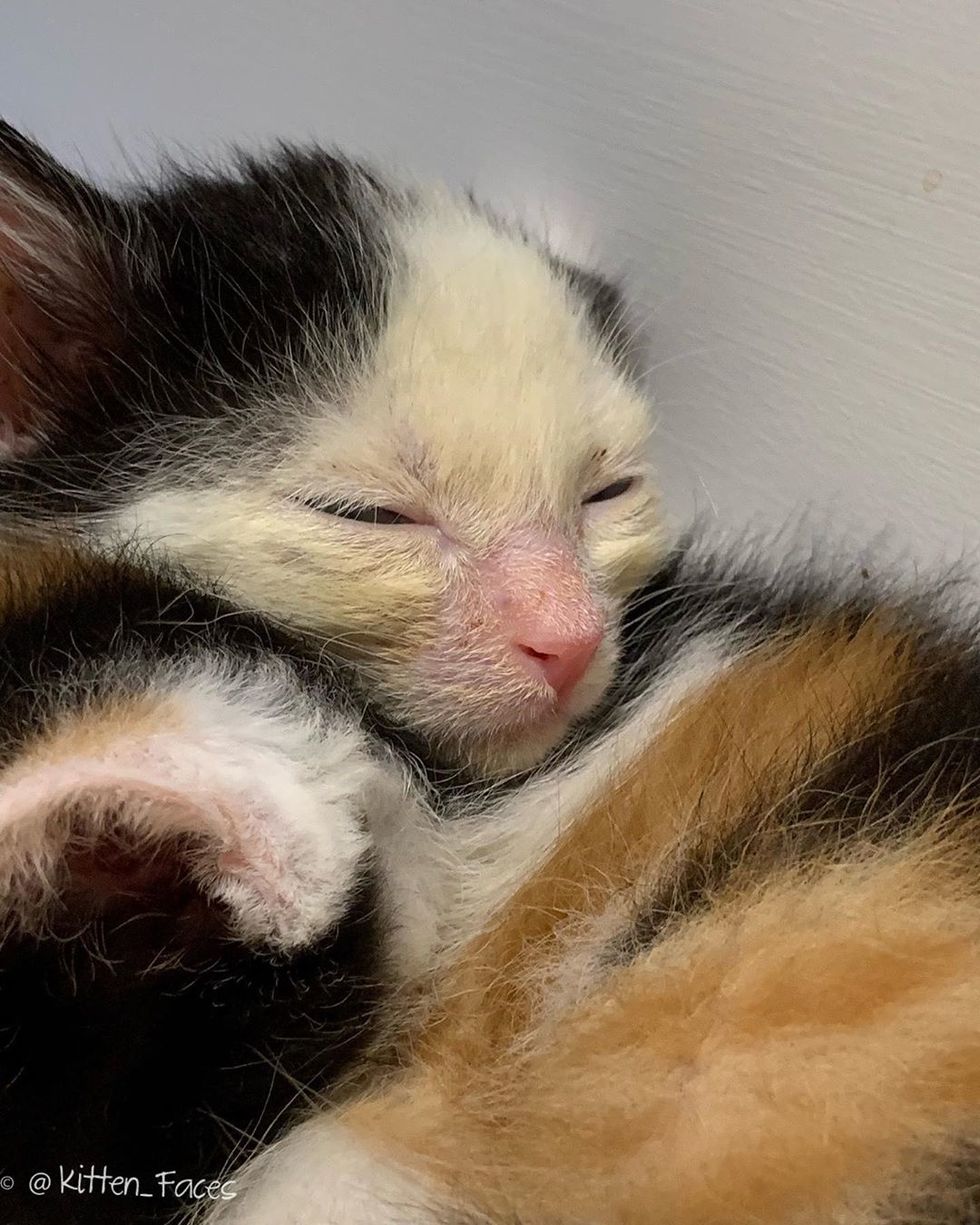 Eve who was in better shape, became Wally's biggest cheerleader. She snuggled right up to him and wouldn't leave his side.

"I truly think, if it had not been for Eve, Wally wouldn't be here. Eve gave him the will to live, because she was healthier and needed him to be there for her," Barb told Love Meow. 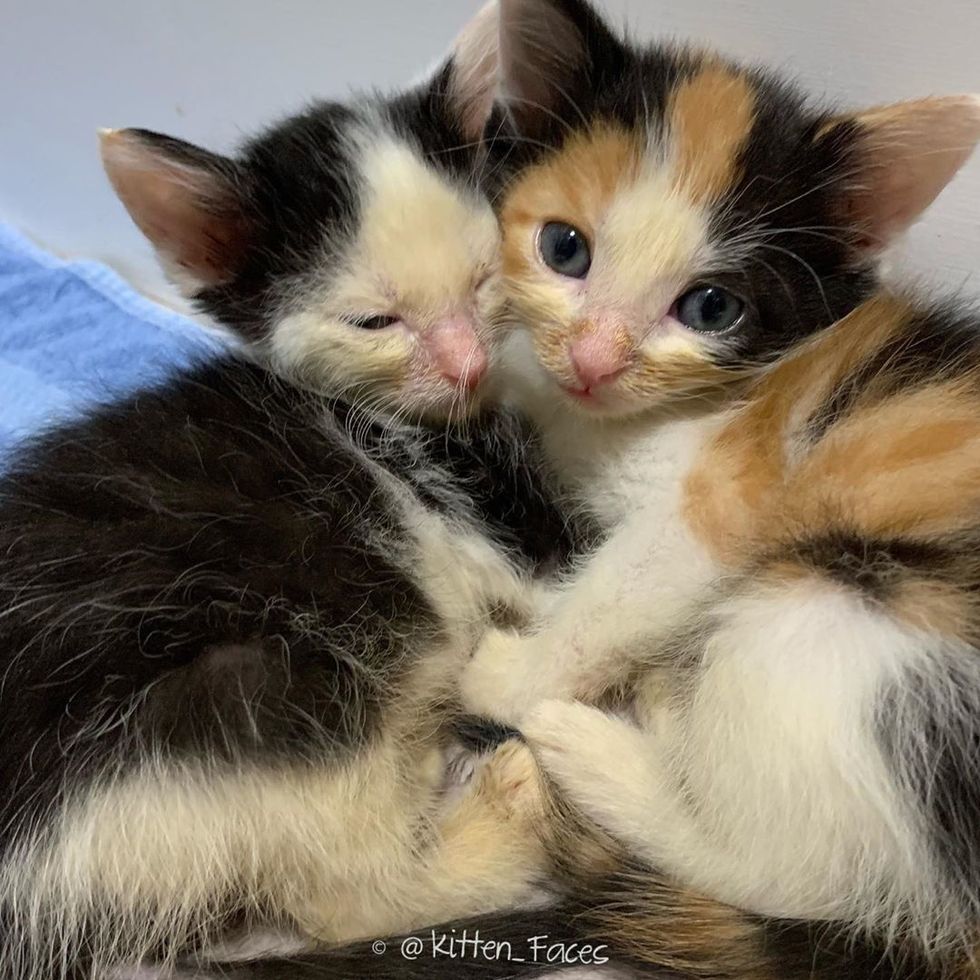 The kittens' legs were so weak that they couldn't walk normally. Barb got them massage therapy to help strengthen their leg muscles.

"During the day they had access to the kitchen, so that they could exercise their weak little muscles. Wally continued to eat like he'd been starved."

Little Wally began to look and act more like a kitten. He put on a lot of weight and strength in just three days. 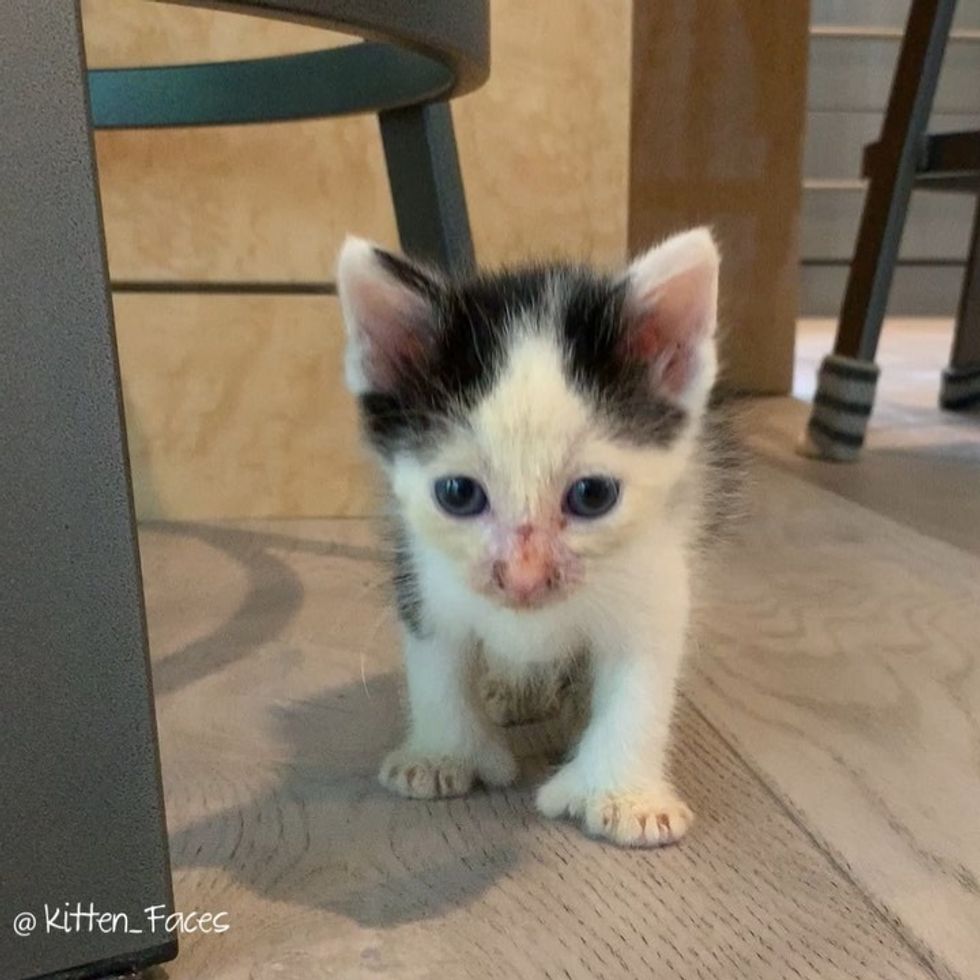 The sweet polydactyl continued to amaze his foster parents with his will to live. He began to walk and even run with his sister.

Day by day, Wally is healing. His fur around his mouth and nose is growing back in. 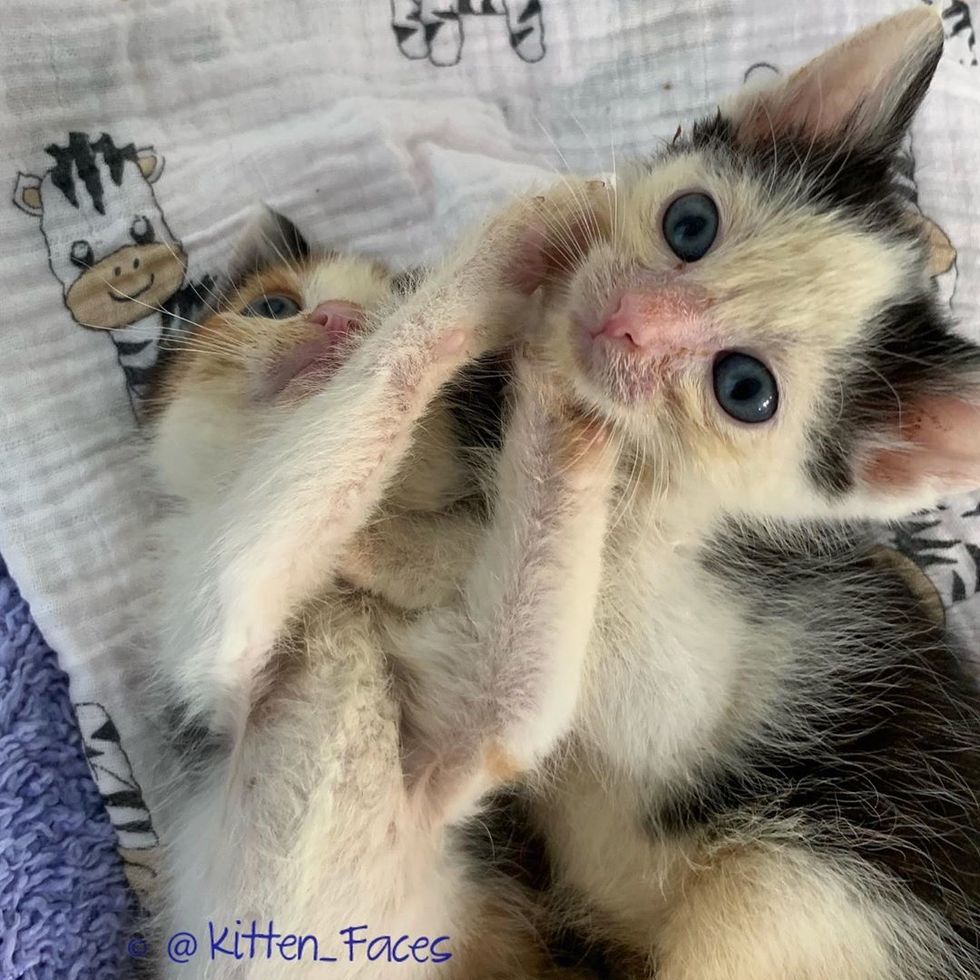 "We are amazed at how much better these babies are walking! Eve gallops everywhere, and Wally is trotting," Barb said.

Kittens rescued from side of road - foster journeyyoutu.be

"Their eyes used to be so sad looking but they're bright now. They're gaining weight and their meows are no longer hoarse from crying, but happy," Barb told Love Meow. 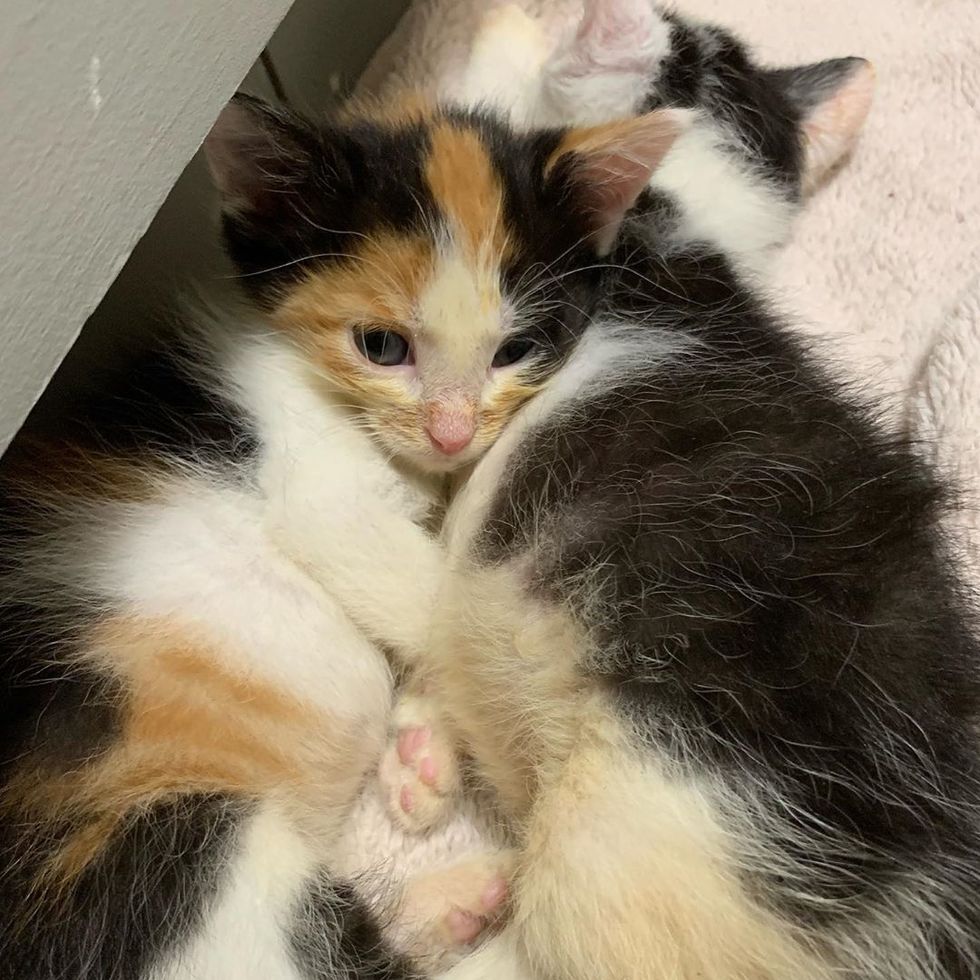 Wally and Eve have been each other's biggest support — They seek each other out for comfort and cuddle when they are not playing. They are like two peas in a pod, completely inseparable.

"These sweet little faces never fail to put a smile on my face." 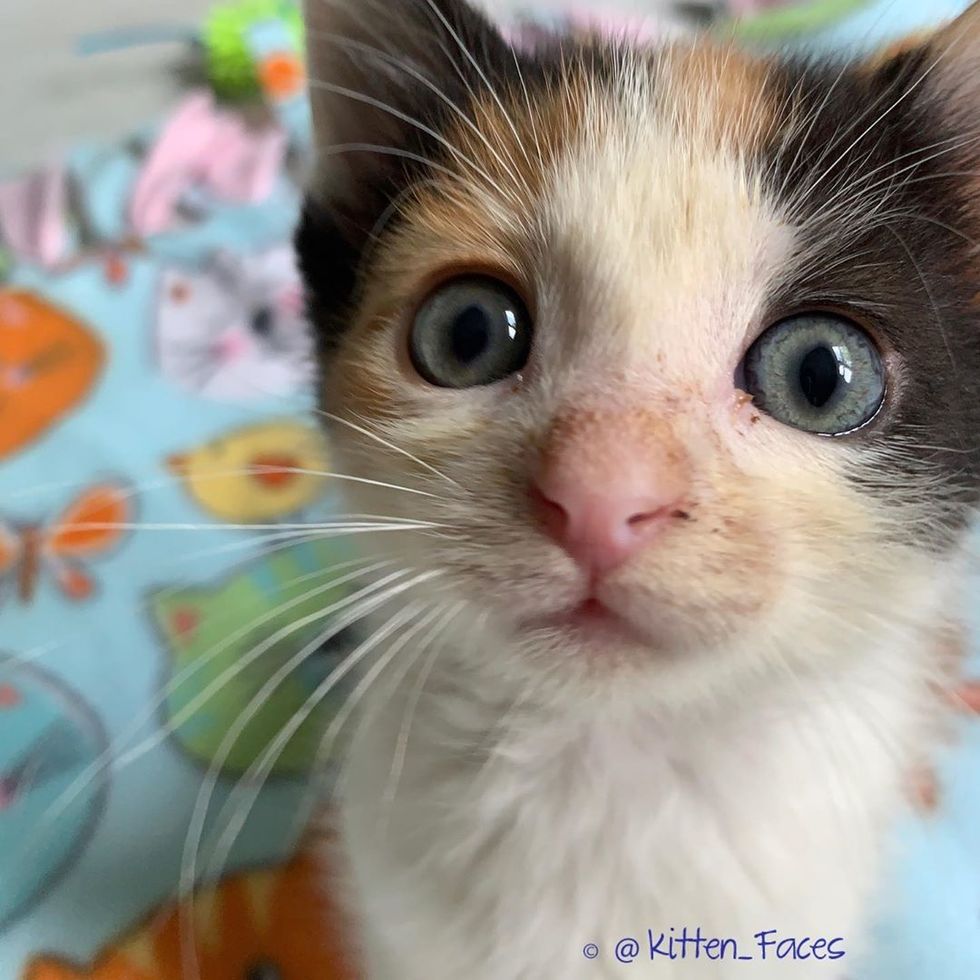 In just two weeks, the feline siblings have made an incredible transformation -- from having barely any strength to sit up to now scampering around the room like they own it. 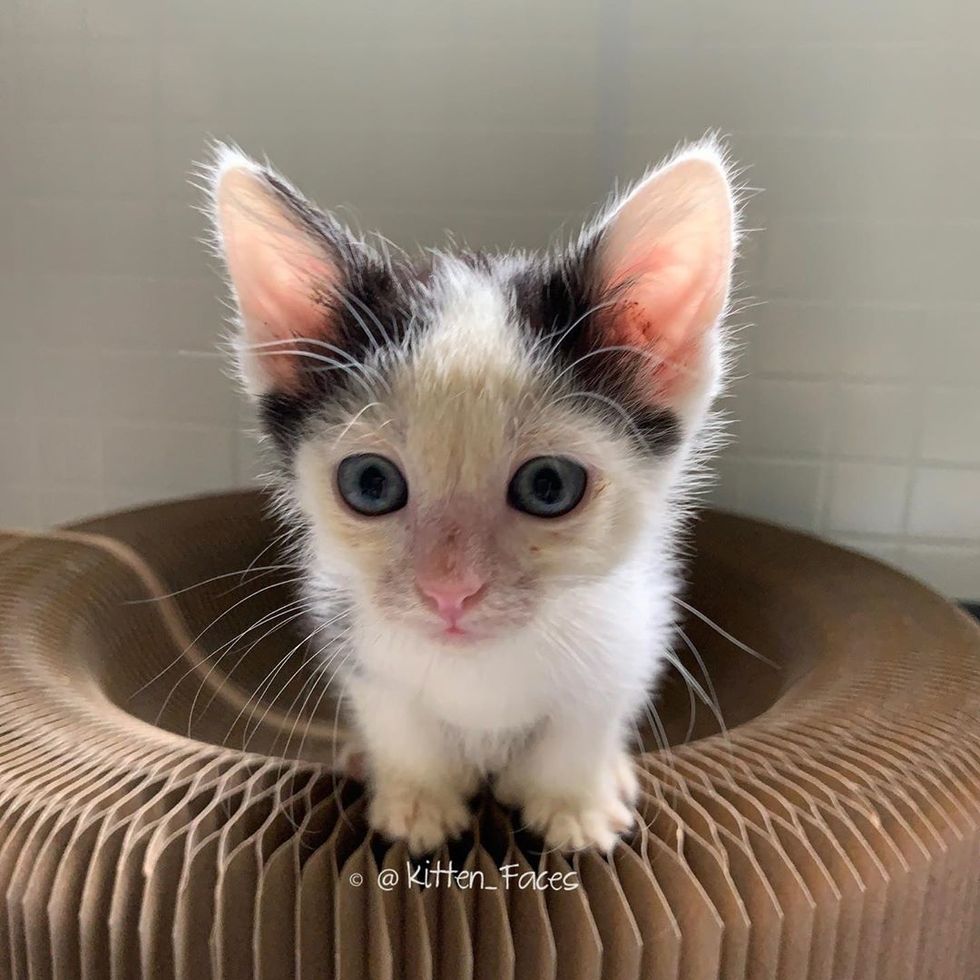