Sibling Kittens Both Born Special, Keep Each Other Safe Until Help Arrives

Two bonded kittens came to their foster home for a chance at a better life. They were both born very special. 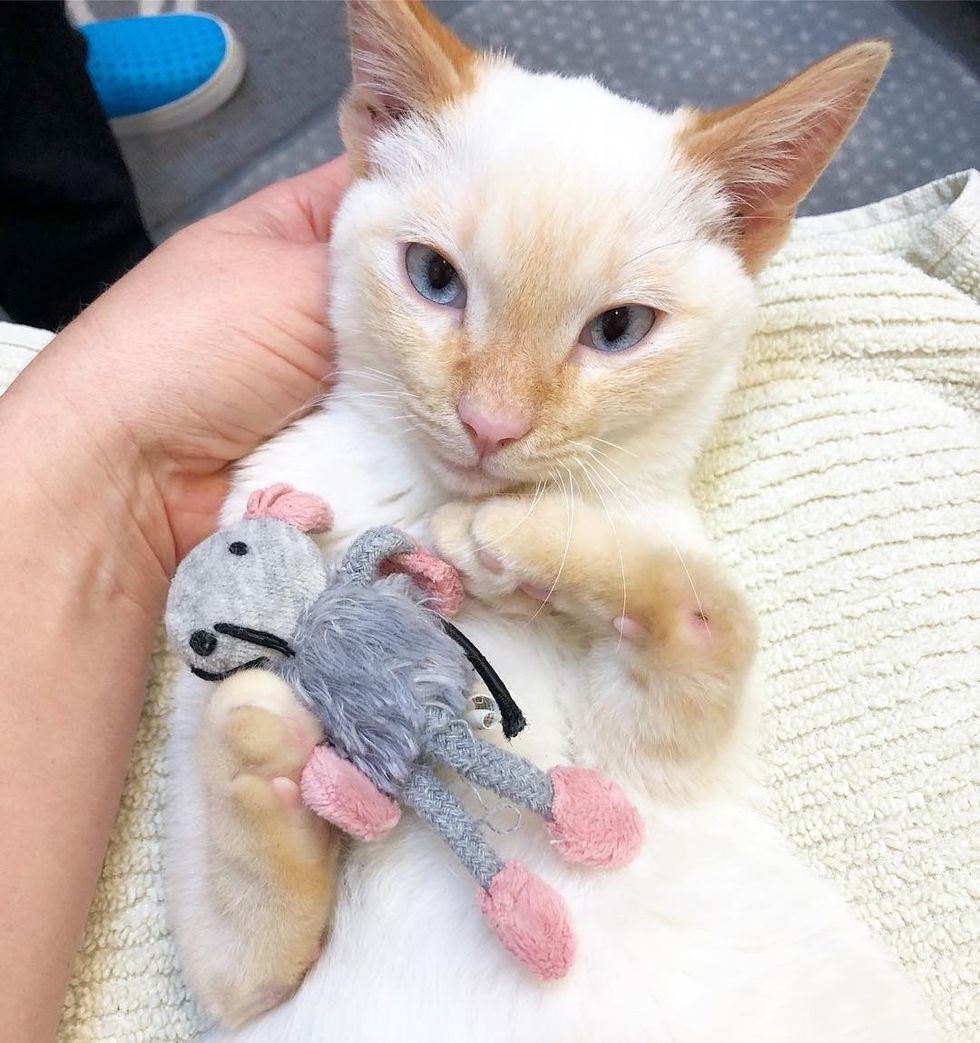 The kittens had been passed around by people that didn't want them. A woman from San Bernardino, California heard about their plight and took them in so the pair wouldn't end up at the shelter. She reached out to the animal rescue community in hopes of getting the kittens the help they needed.

Jacqueline DeAmor, co-founder of Friends for Life RescueNetwork (in Los Angeles), came across a Facebook post about the kitties, and immediately responded.

Mel Lamprey, a volunteer of the rescue, picked them up and brought them home. The feline siblings were scared and stuck together the whole time for security and comfort.

"They were really treated poorly in their former home so they are timid babies," Jacqueline told Love Meow. 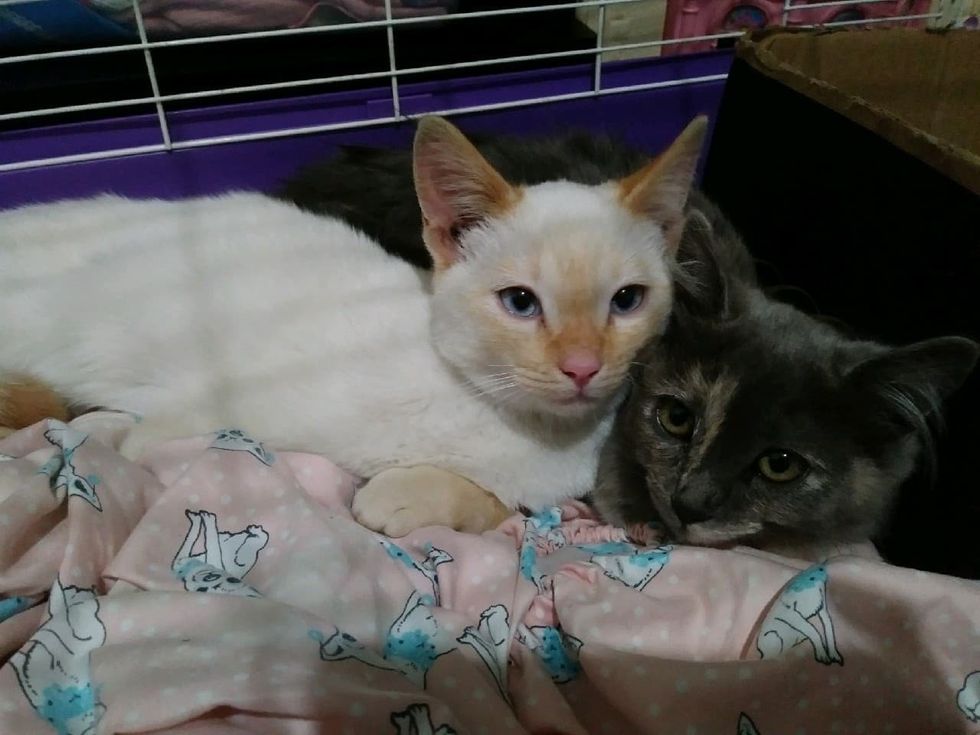 The kittens were named Thumper and Flower. They were born with a congenital condition called Radial Aplasia, in which the radius is never formed. "They are both missing both front limb radius bones. Thumper only has three toes on one of his front paws," Jacqueline said.

They were terrified of everything after not having had the best life. But Mel could see that underneath the fearful exterior, they just wanted to be loved. 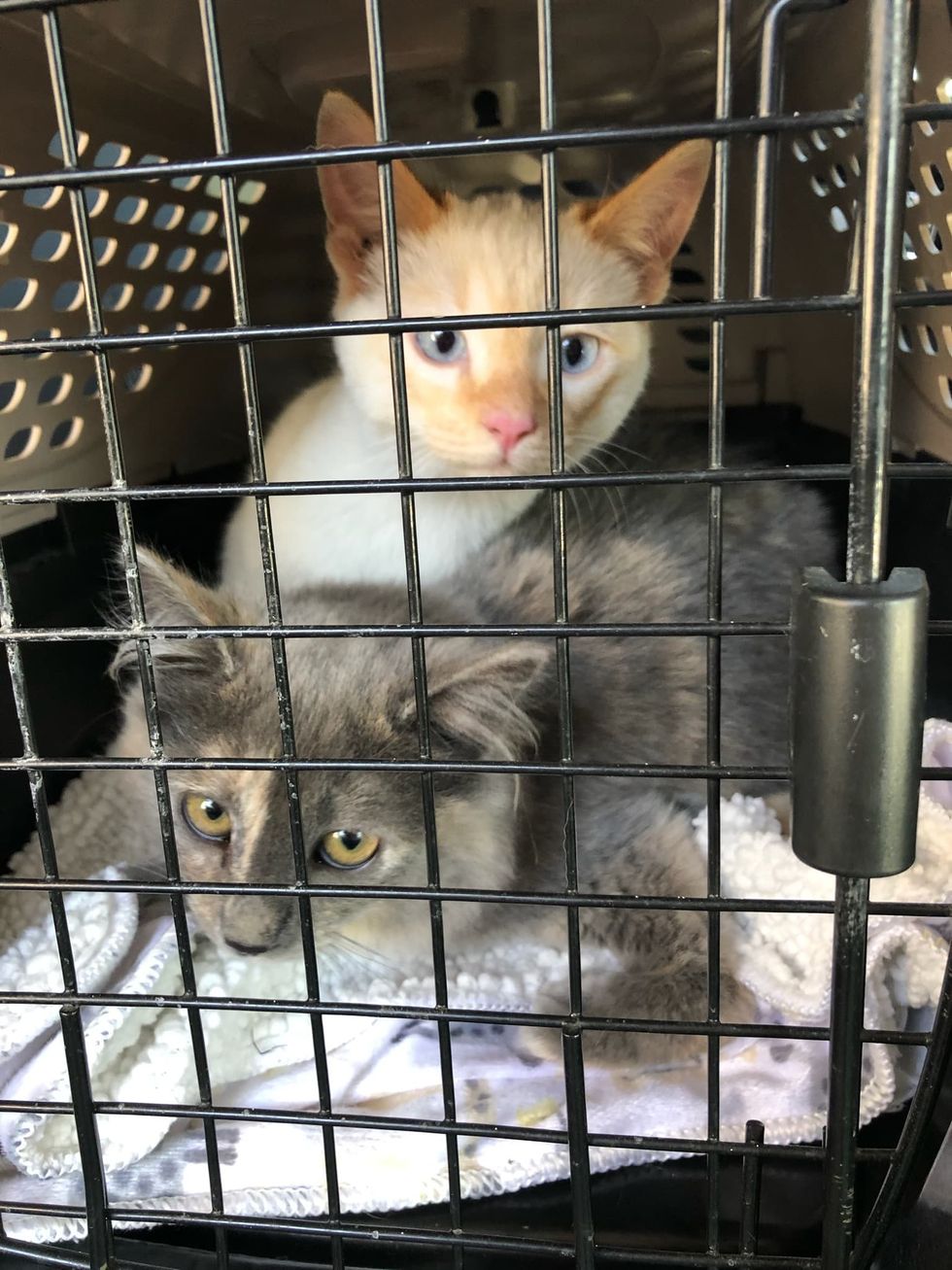 Thumper, the braver of the two, slowly came out of his shell. Flower, who would run away from anyone, decided to stay for the new toy that Mel offered.

With each passing day, they stood a bit taller and allowed her foster mom to get a bit closer. 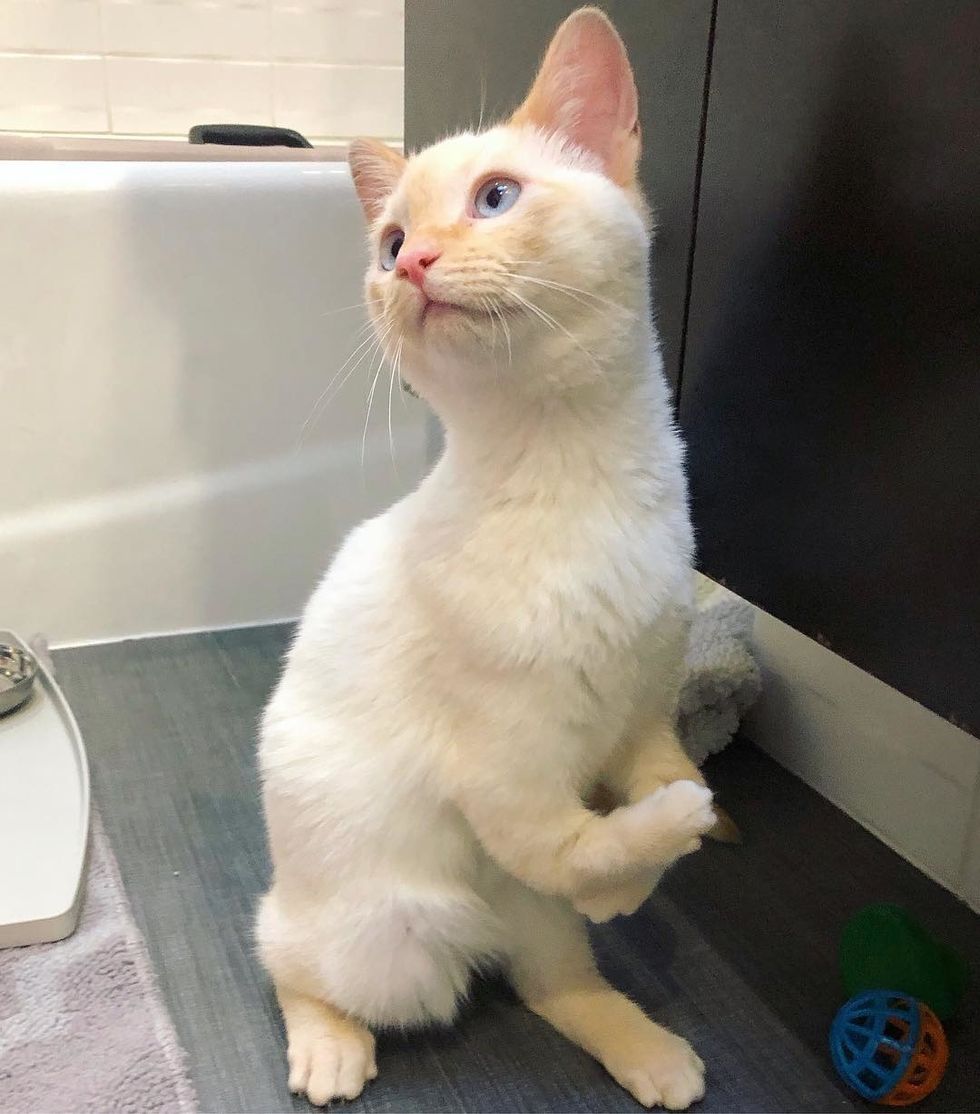 Since the beginning, the two siblings have been completely inseparable.

"They are very dependent on one another and seek the other out for comfort and affection. They will look for each other if the other isn't in sight," Jacqueline told Love Meow.

When Thumper started to play more, Flower followed suit. The two grew more and more comfortable and even started to accept pets and love. 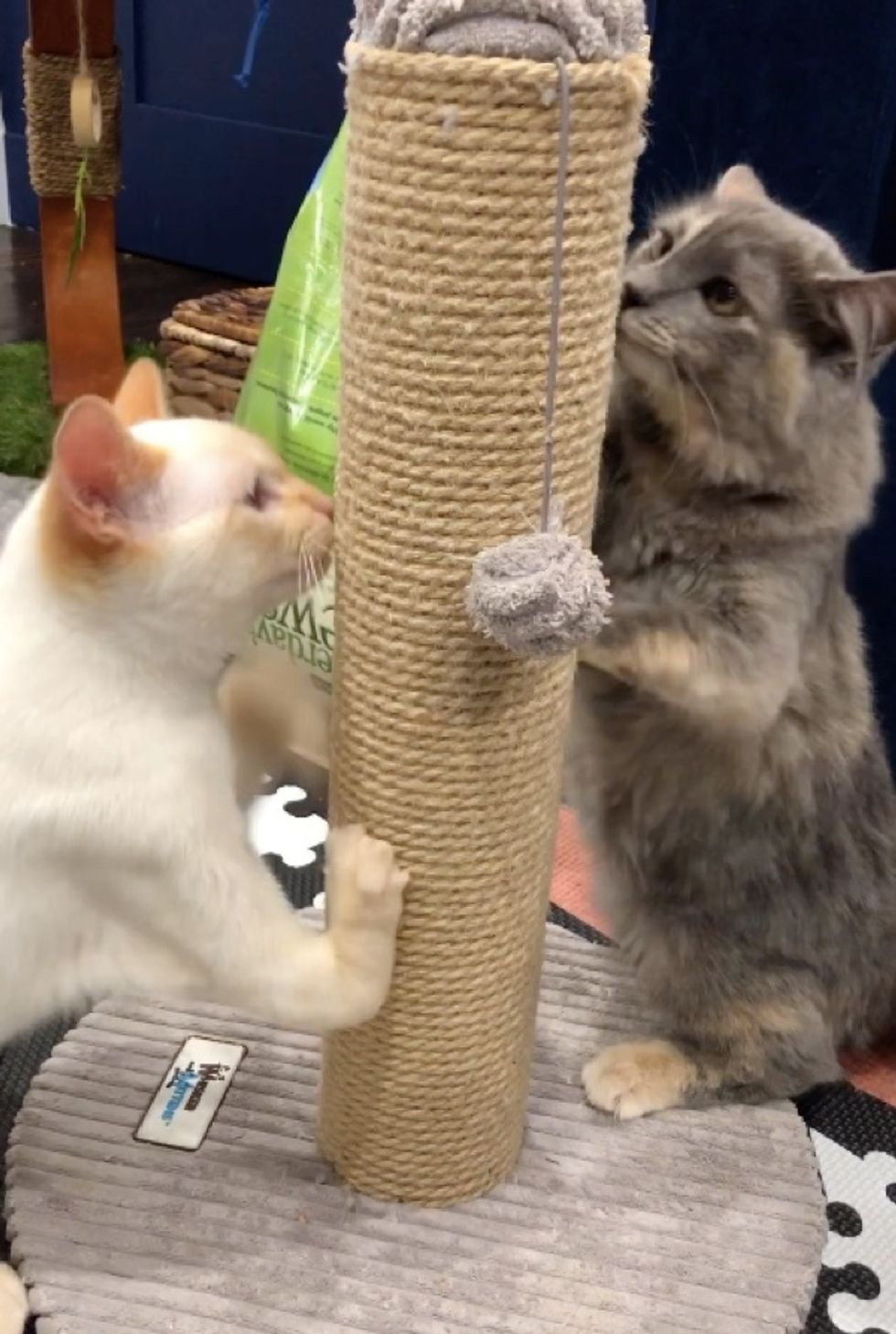 Over the next few weeks, the feline siblings continued to make strides. They no longer cowered in the corner or tried to find a place to hide.

Thumper and Flower have become a lot more confident and enjoy running around their foster room like they own it.

The brother and sister are never far away from each other. They play, eat and nap together like two peas in a pod.

Mel has been working to improve their mobility, getting them to use their legs as much as possible to build strength and confidence.

"We've been using therapies to increase their range of motion overall and to strengthen their hind legs, so they stand more upright and learn to balance more weight on their back legs," Jacqueline said. 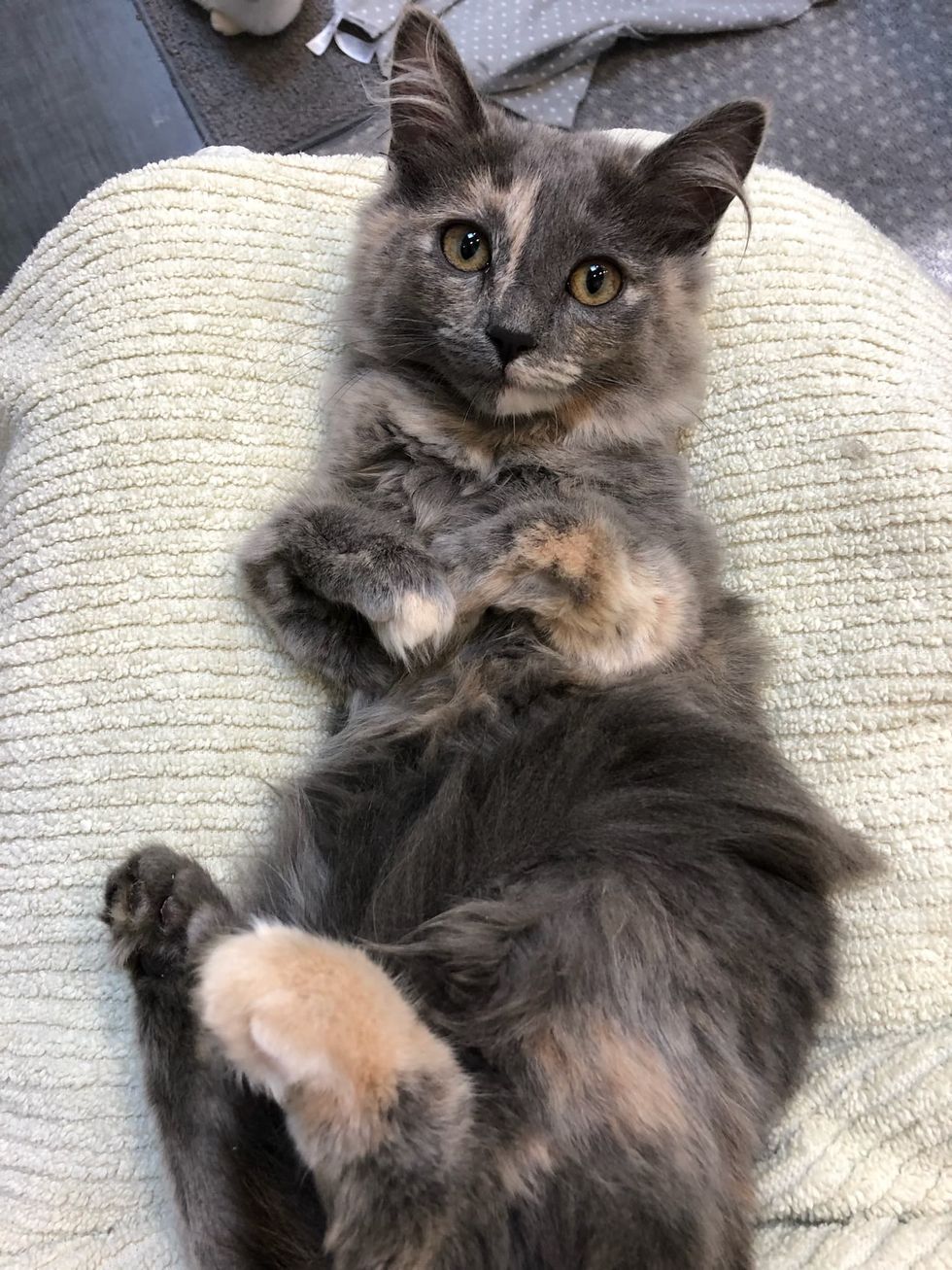 "They also have special padding on the floor because they struggled to walk on hard floors. This allows them to grip so they can move with ease."

Since the kittens were born without the radius, they do not need surgery at this time. "They are doing really well! They are looking for a home together who can help them continue to learn to trust," Jacqueline told Love Meow. 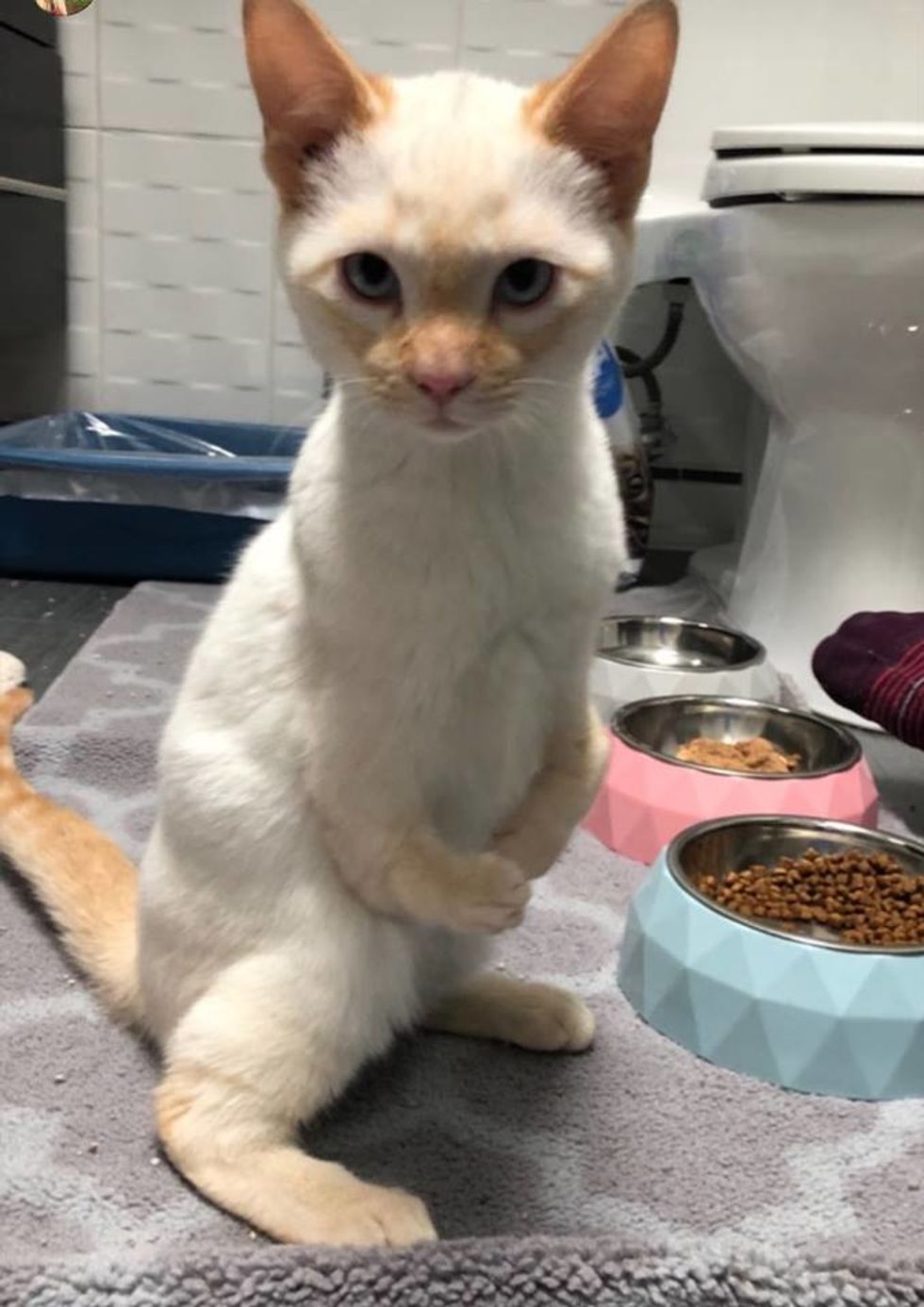 The kitties were hiding their whole lives until they found someone they could trust.

Now they play with all the toys they can find and enjoy pets and attention from their human companions. By the end of the day, they always snuggle and stay by each other's side. 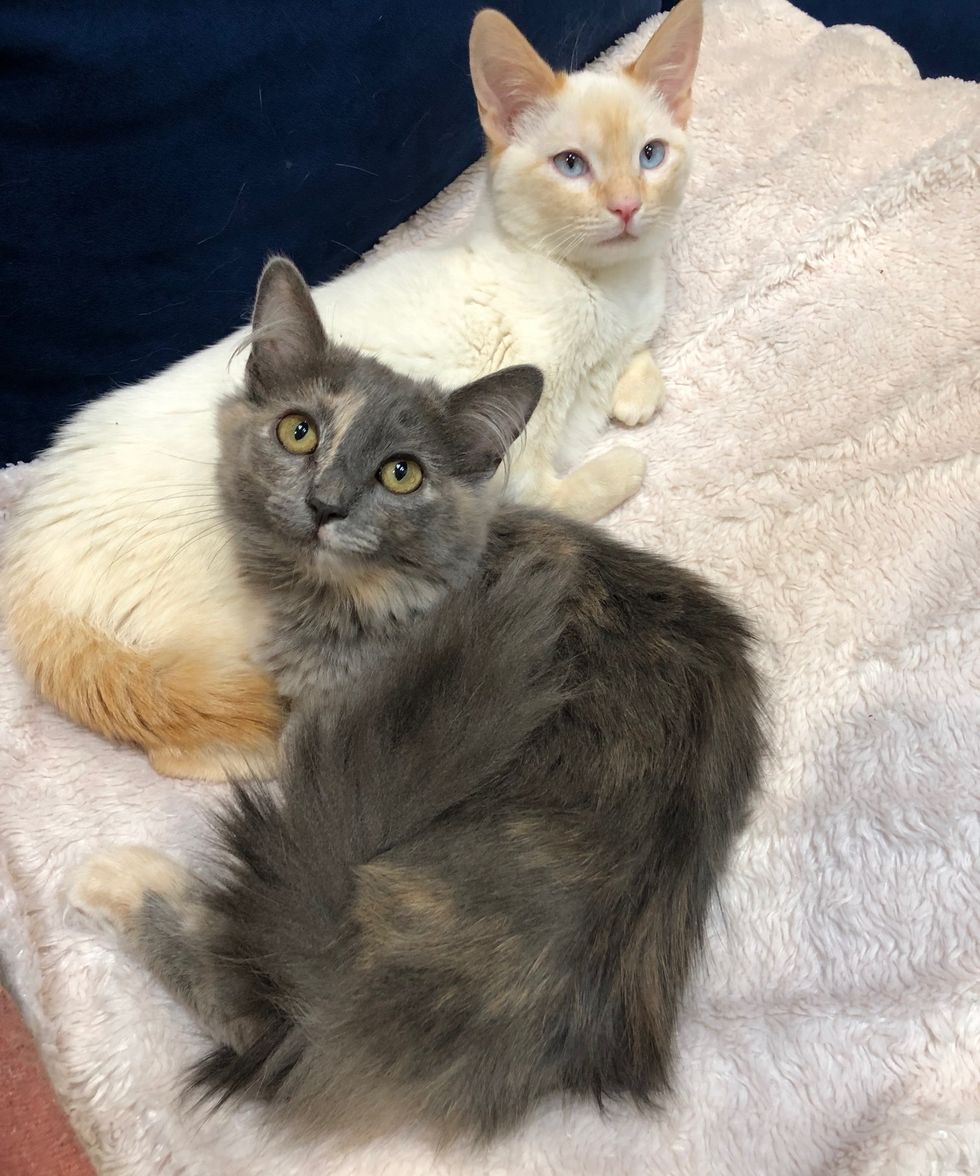 Related story: Kitten with Special Needs Clings to Foster Dad for Love After He was Saved