Munchie the kitten has a rare condition. He's very tiny, much smaller than other kitties his age. 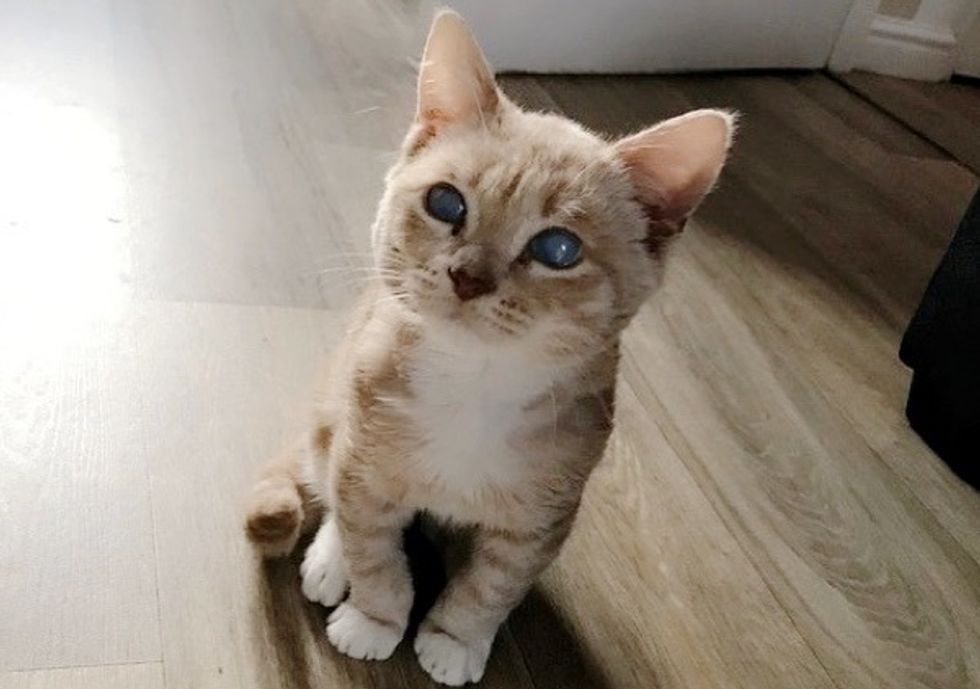 A little stray kitten was spotted by a Good Samaritan in a park in Wolverhampton, England last year. He was taken to a veterinary office nearby for help.

Emily Tomlinson who works at the vet, came to see the little ginger and was instantly smitten. "He was estimated to be 3-4 weeks of age," Emily told Love Meow.

"He has bilateral corneal edema. His sight is fine and it doesn't affect his every day life at all." 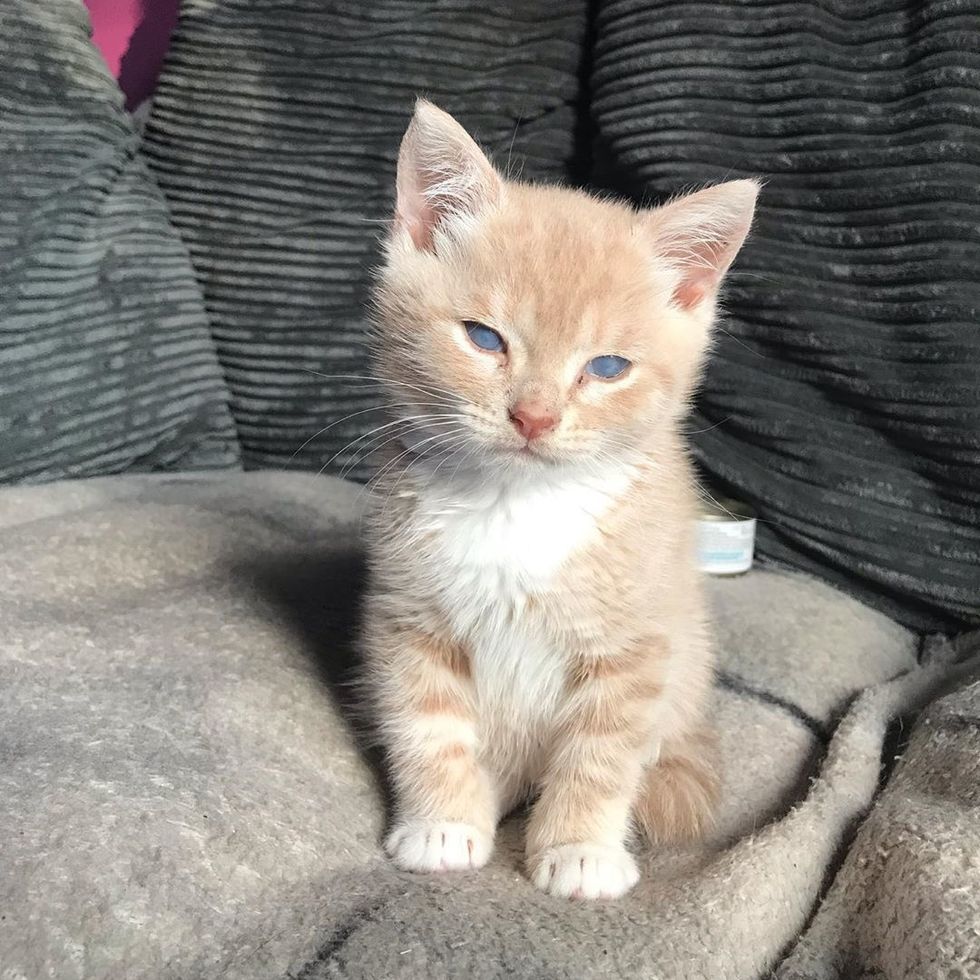 Munchie needed a home, and Emily didn't hesitate to adopt him. In the weeks that followed, Emily noticed something was not right when the kitten hadn't grown much at all.

The day after Christmas, Munchie's health suddenly deteriorated and he had to be hospitalized for four nights. 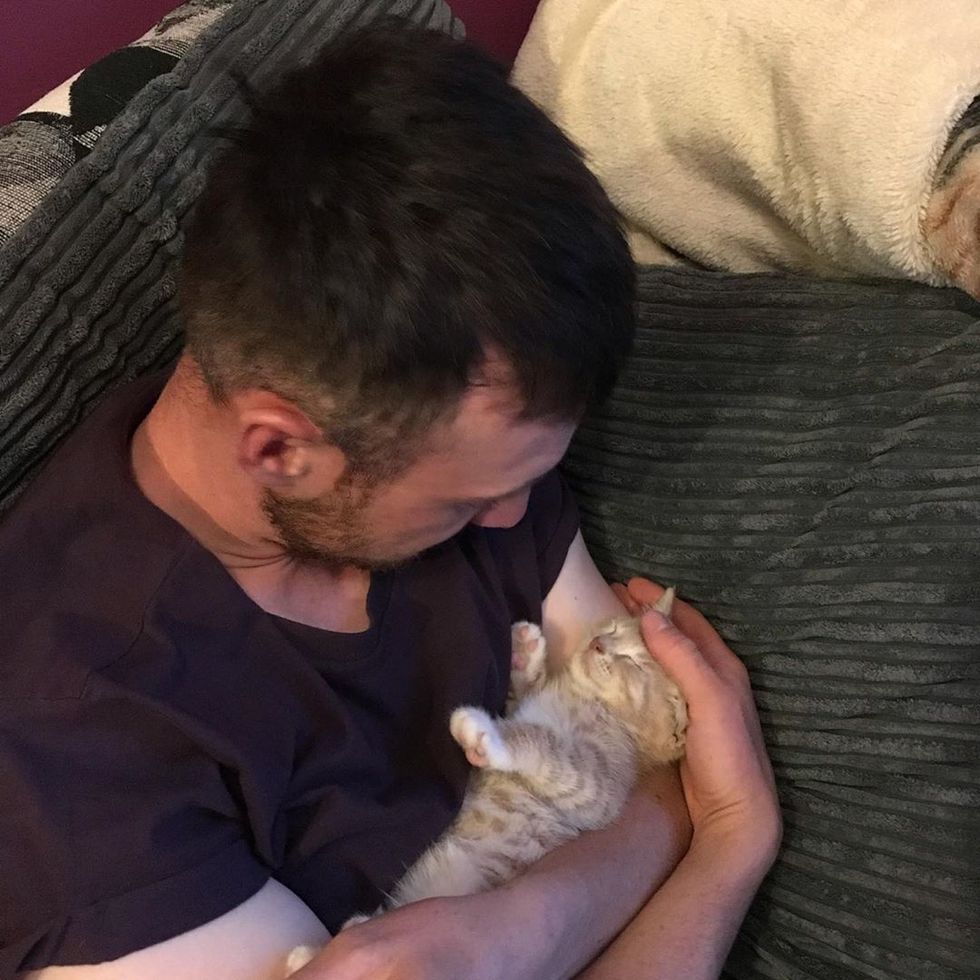 He was diagnosed with a rare condition called hypoparathyroidism, which gives the cat abnormally low blood calcium levels. They immediately started him on treatment and a special diet.

With proper medical care, the kitten bounced back on his paws and finally began to put on weight. 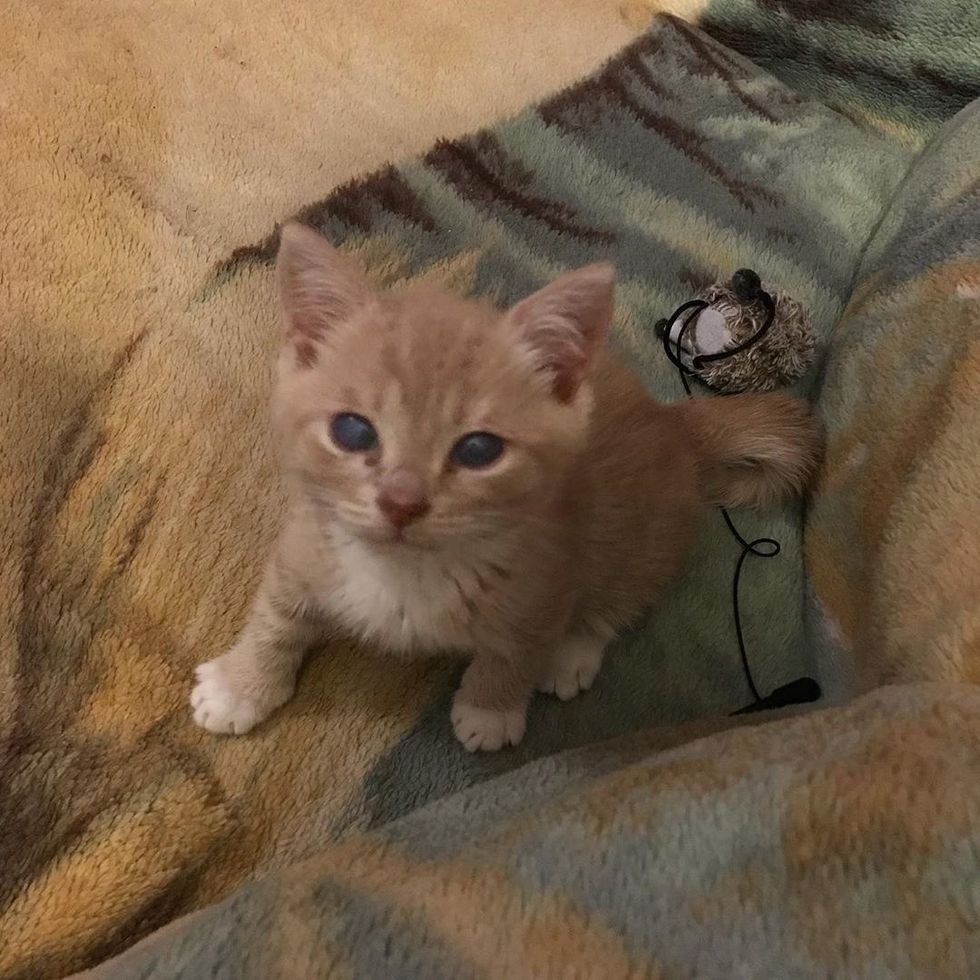 The resident cats and dog took him under their wring. Bella the canine accepted the little newcomer right away, and Aslan the ginger cat took to him shortly after.

"He has a cheeky personality and a firm bond with all the other animals in the household," Emily told Love Meow. 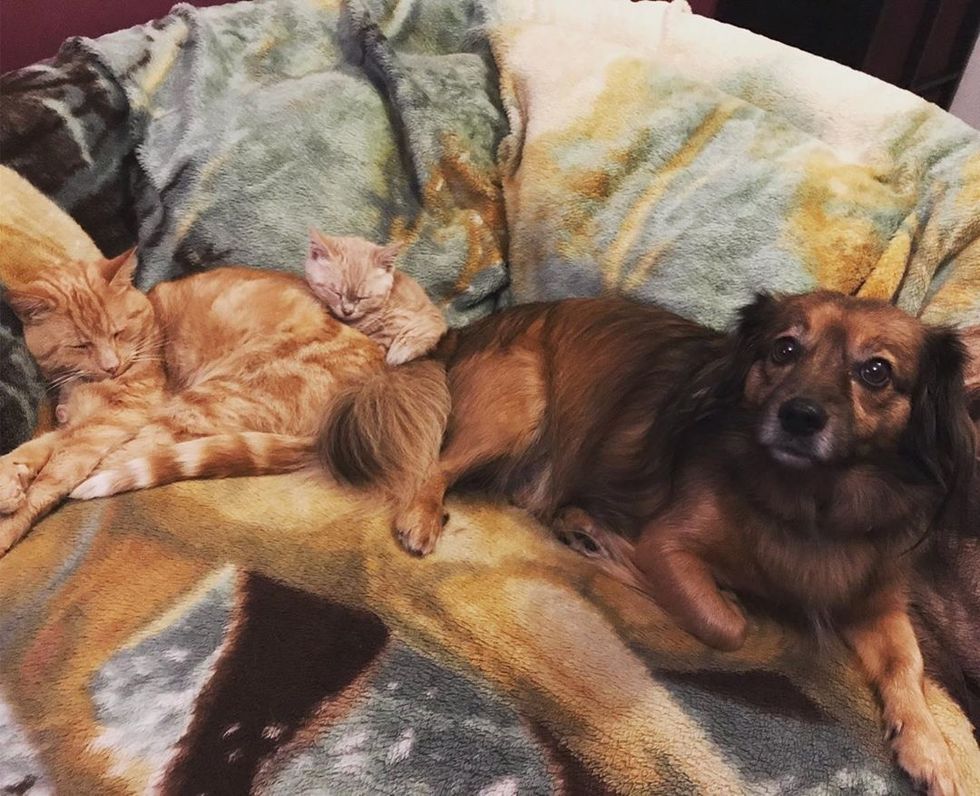 Over the next few months, the kitten continued to grow little by little. Now at seven months old, Munchie weighs at 3.7 pounds (1.7 kg).

He will likely stay the size of a kitten forever, but what he lacks in size, he certainly makes up for in his larger-than-life personality.

Watch the kitten in this cute video:

"He loves sleeping, playing with his toys, using his scratch post and having love and attention," Emily said.

"He loves eating and can't resist a piece of chicken." 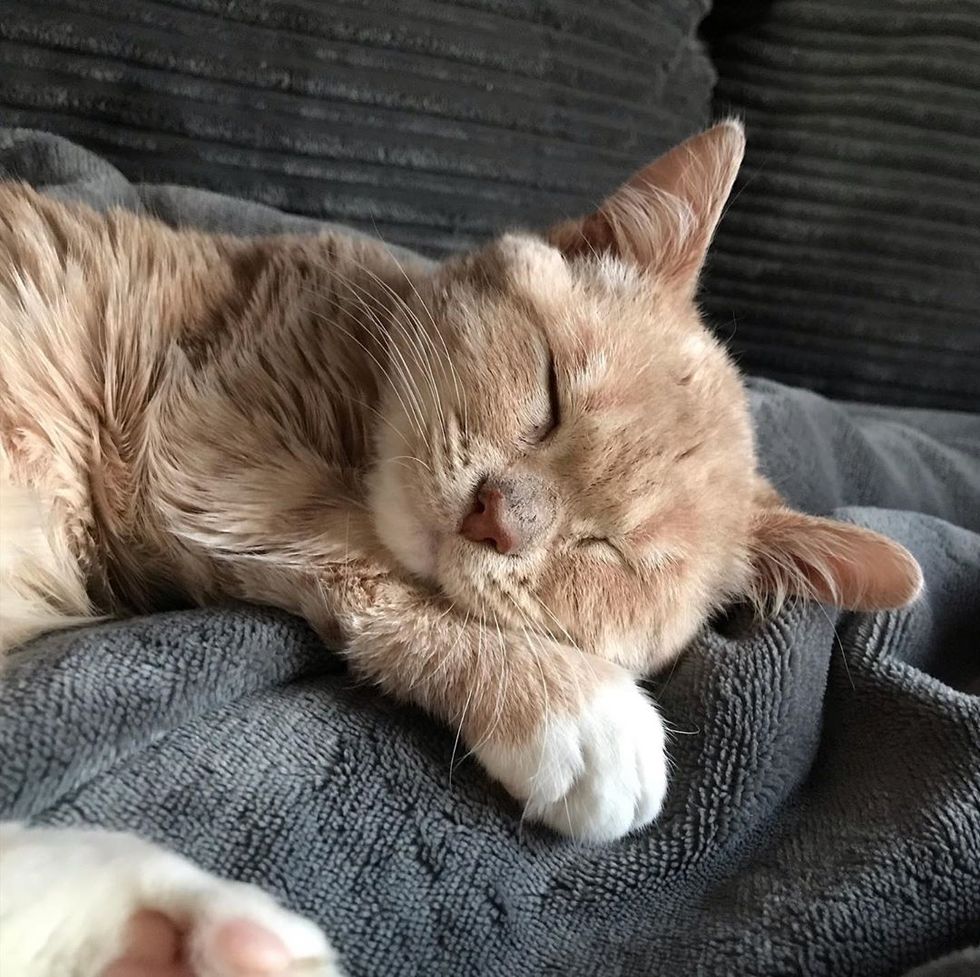 Munchie has blossomed into a love-bug. He's always near his furry friends and likes to crawl into his human's lap whenever he needs some extra TLC.

Junior the tuxedo cat looks after his little brother, showering him with love. 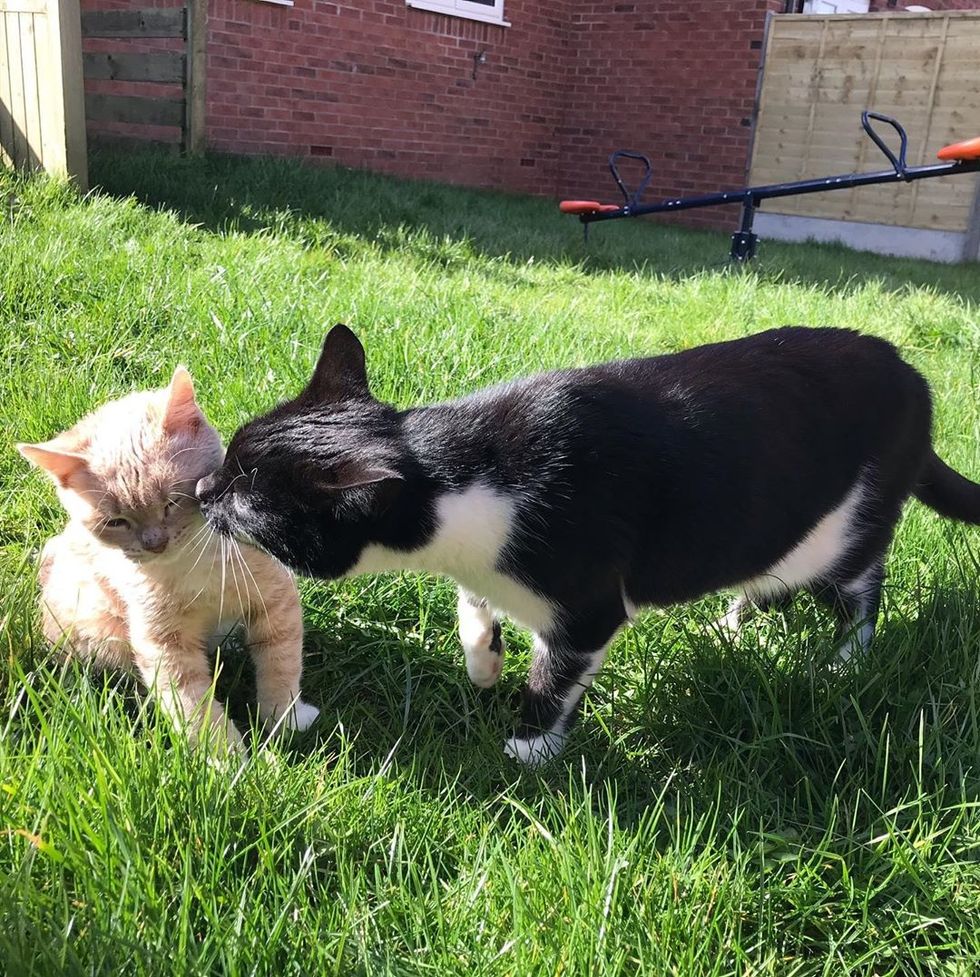 The big kitty shows him the ropes around the house, and is there for him if Munchie needs a cuddle. 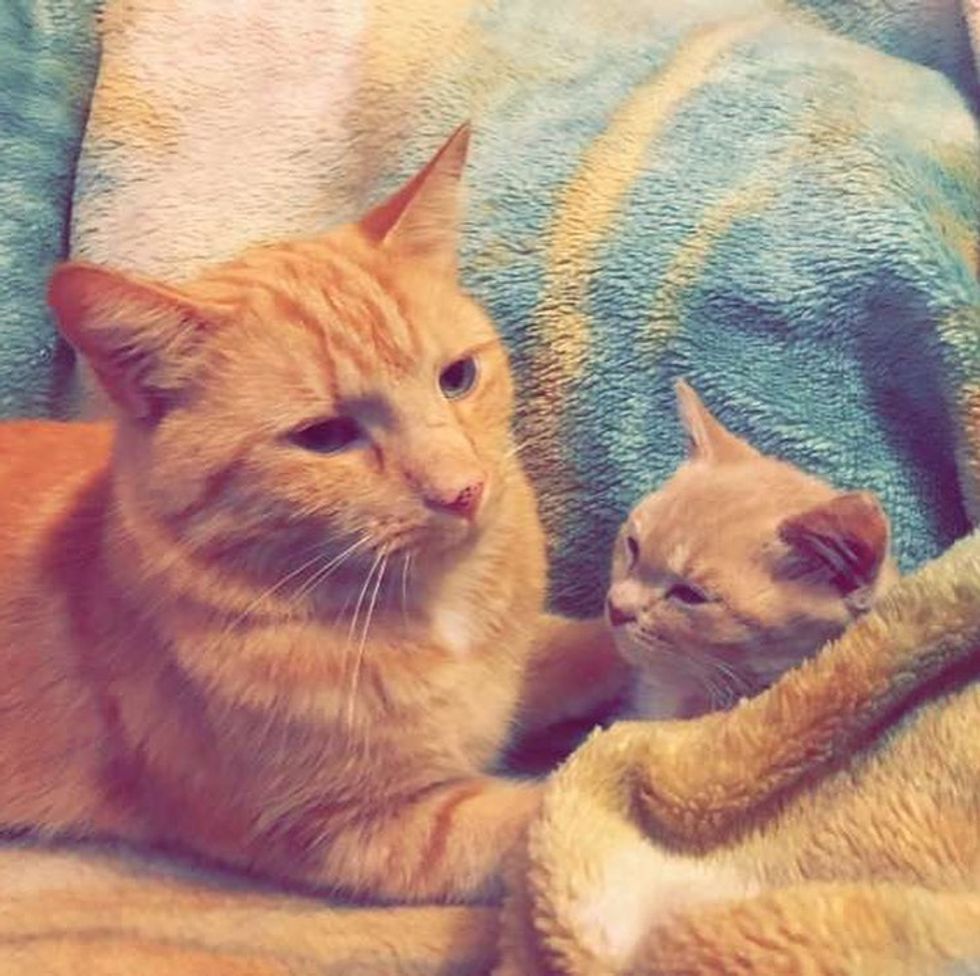 The two are very close and spend a lot of time together.

Aslan keeps Munchie clean and groomed and makes sure he is never alone. 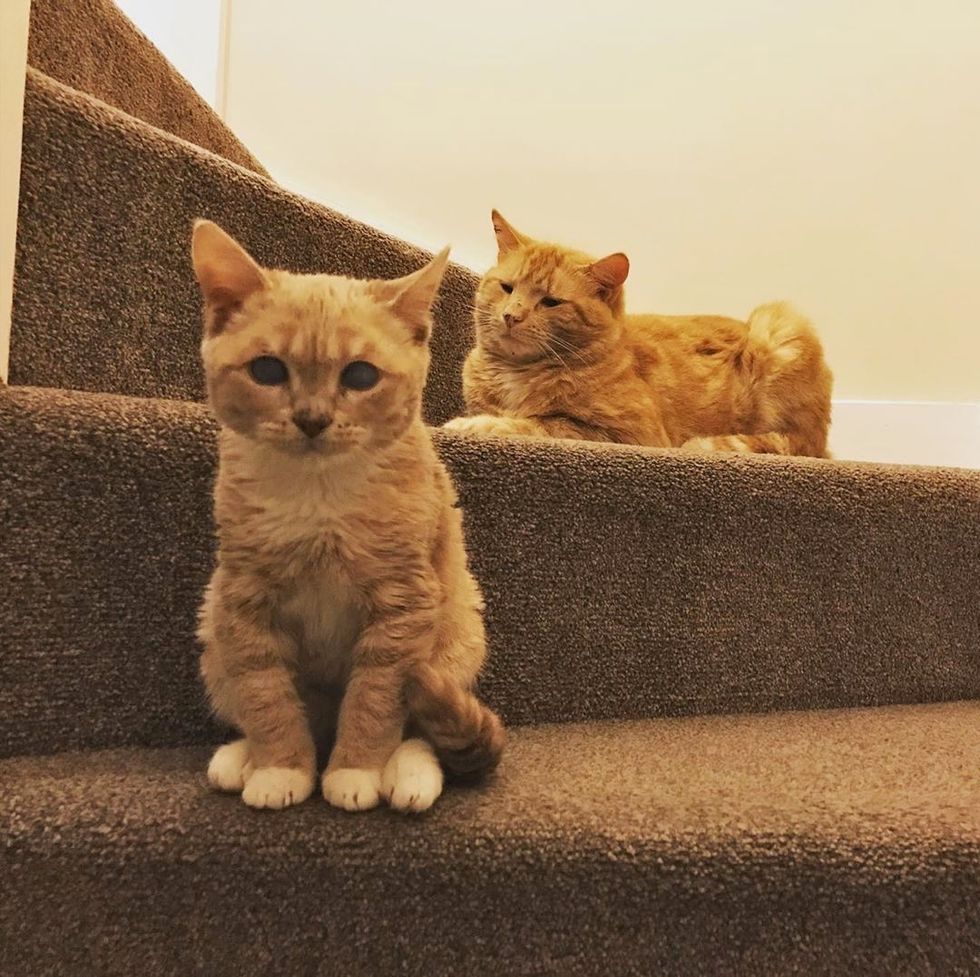 After a rough start to life, the little stray found a second chance and the perfect forever family. 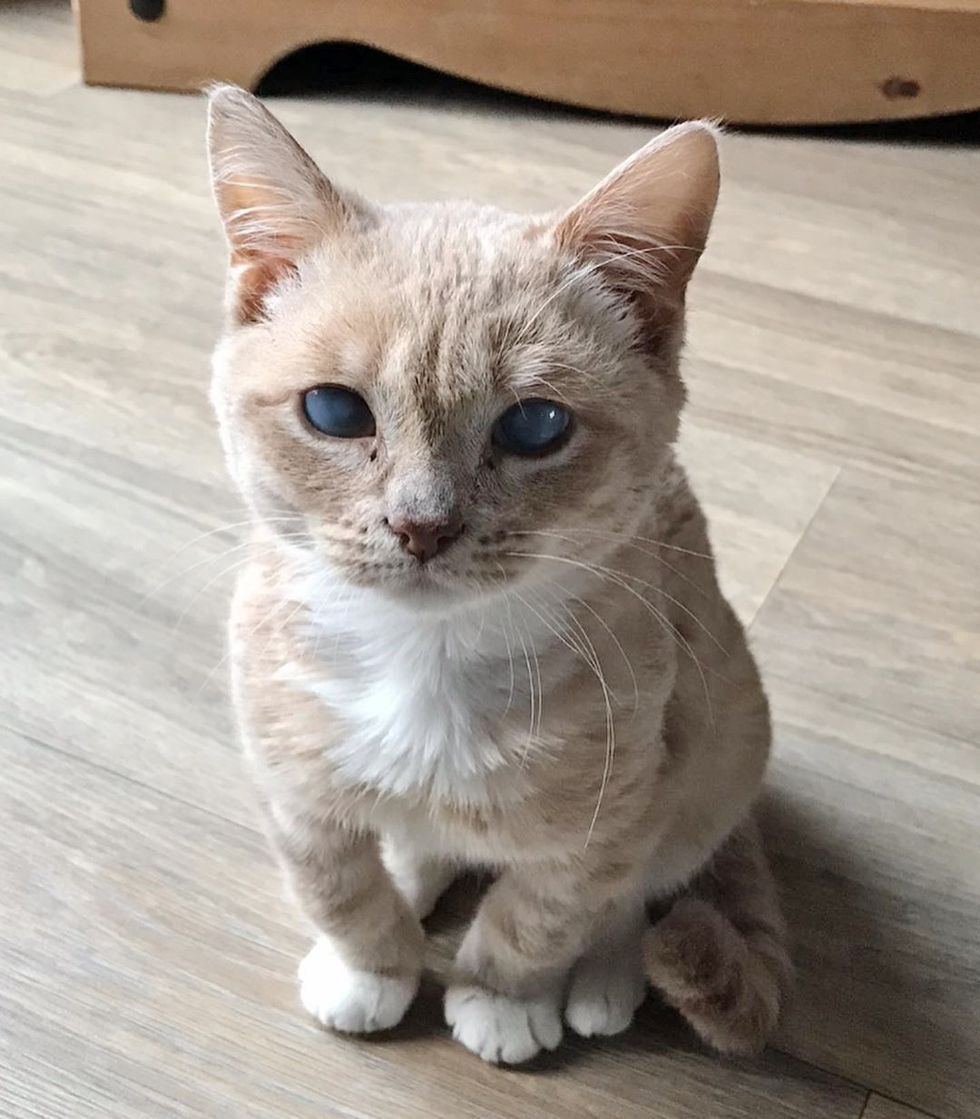