Workers Found Kittens Under Trailer and Knew They Had to Help

Workers at a mechanic shop discovered a litter of kittens under an old trailer and knew they had to help. 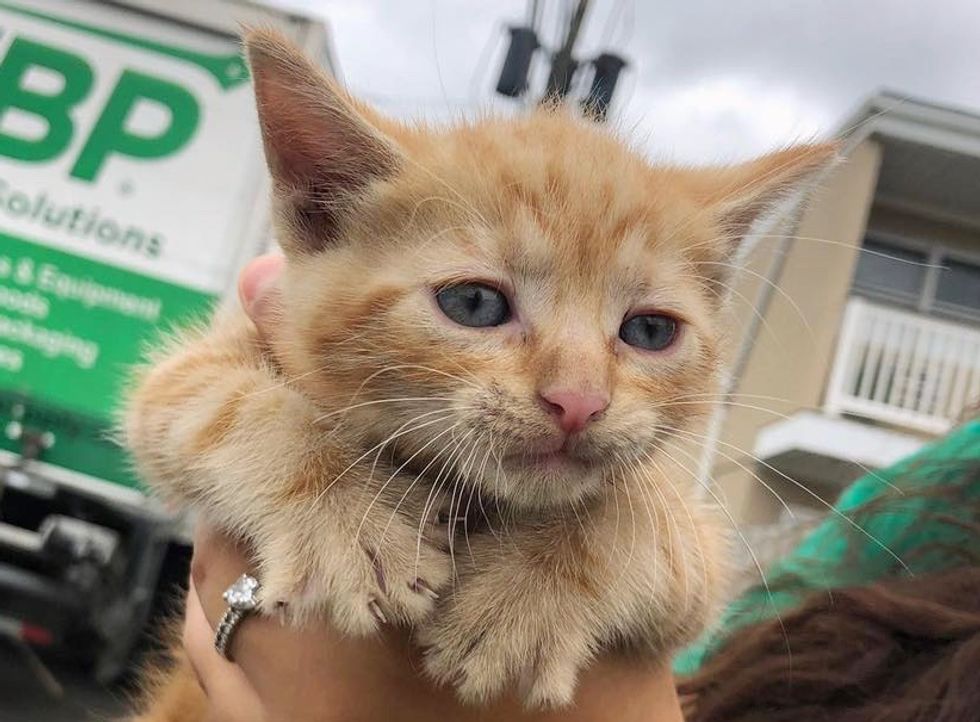 Employees at a mechanic shop in Elizabeth, New Jersey heard little meows coming from their trailer. A litter of kittens were hidden underneath, and the cat mom was nowhere to be found.

The workers immediately reached out to a local animal rescuer, Sofia Silva, hoping to get the little family the help they needed. "The trailer was getting knocked down and the kittens were going to be out of a home," Sofia told Love Meow.

She began to look for a rescue group that would take them in, and went to pick them up. The workers were caring for the kittens, making sure they were safe until Sofia arrived. 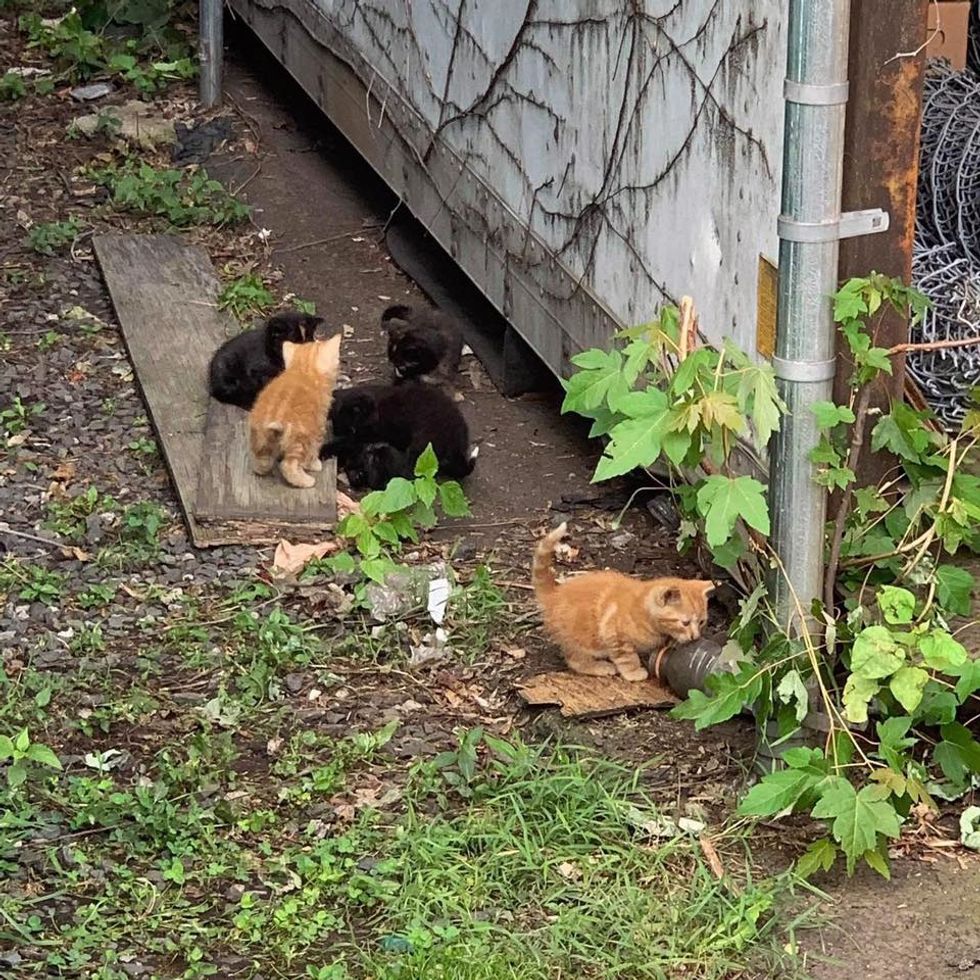 "The kittens were hiding under the trailer but the workers reached for them," Sofia said. "One of the orange kittens had a little trouble with balance."

She scooped him up, and the little guy was scared but couldn't resist some pets from his rescuer. 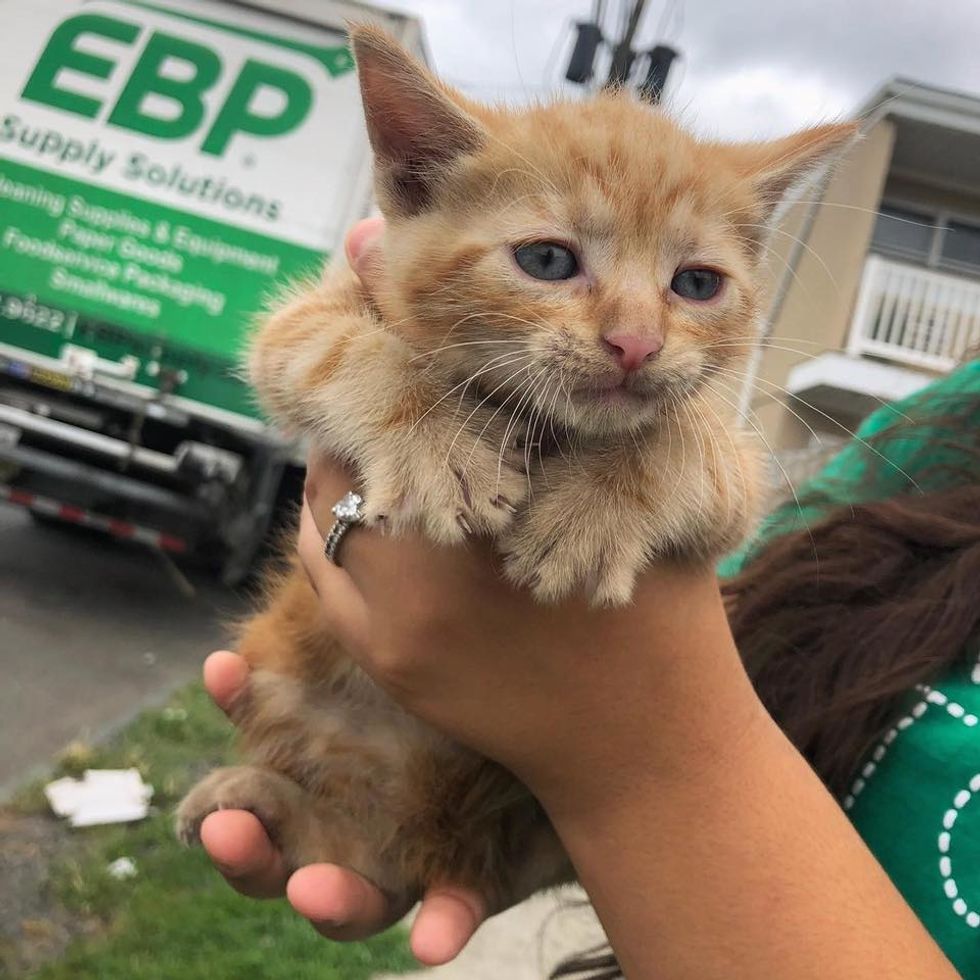 One by one, Sofia was able to get all the kittens to safety. "The workers were really sweet and let me stay until I got them all."

Athina Selena, founder of Jersey Kitty Nonprofit, stepped up to help and took the litter of six into their care. 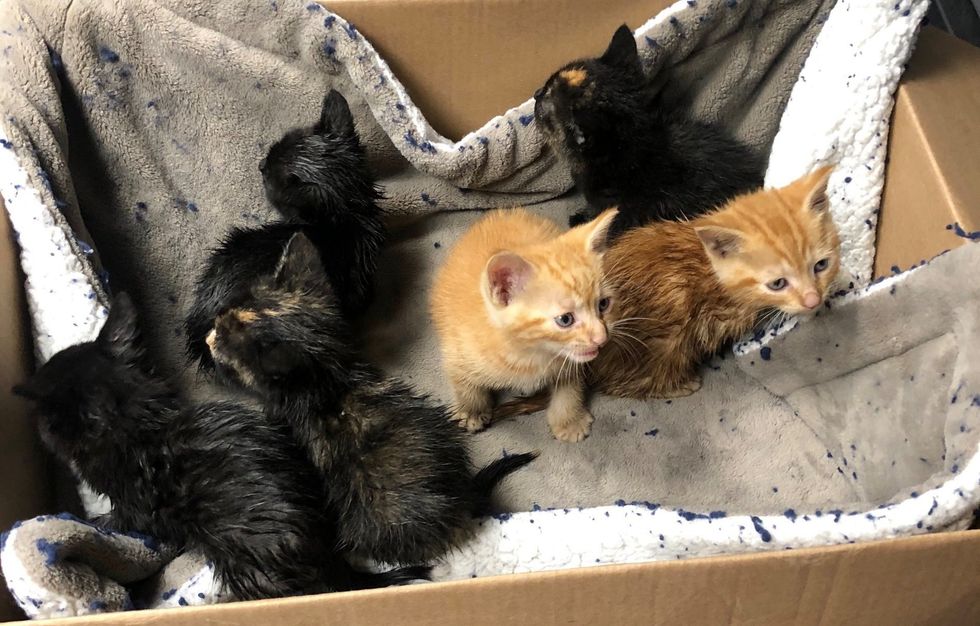 The kittens were then transported to a foster home where they would be socialized and cared for. They were very shy upon arrival but quickly learned to enjoy their new life as indoor cats.

These two little ones fell asleep in their soft blanket during a cuddle session. 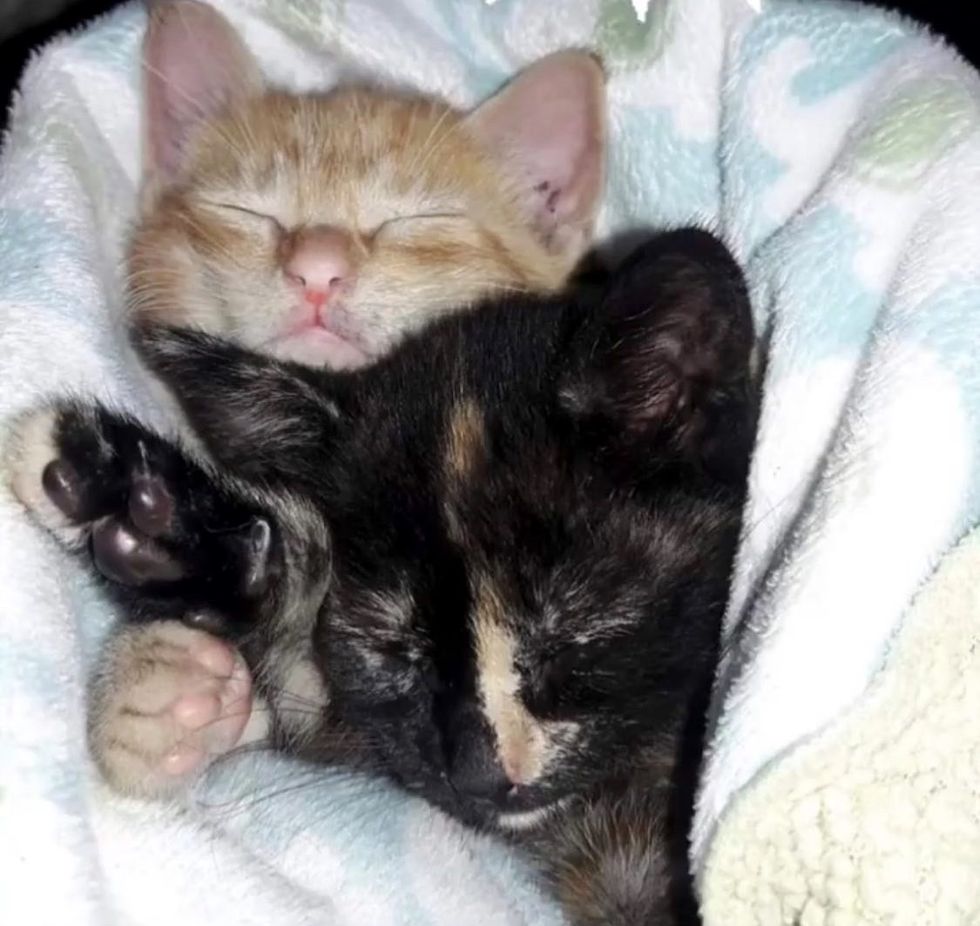 The orange kitten who was a bit unsteady on his paws when he was found, has made great strides.

"He's doing very well and no longer has any issues. He's back on his feet now," Athina told Love Meow. 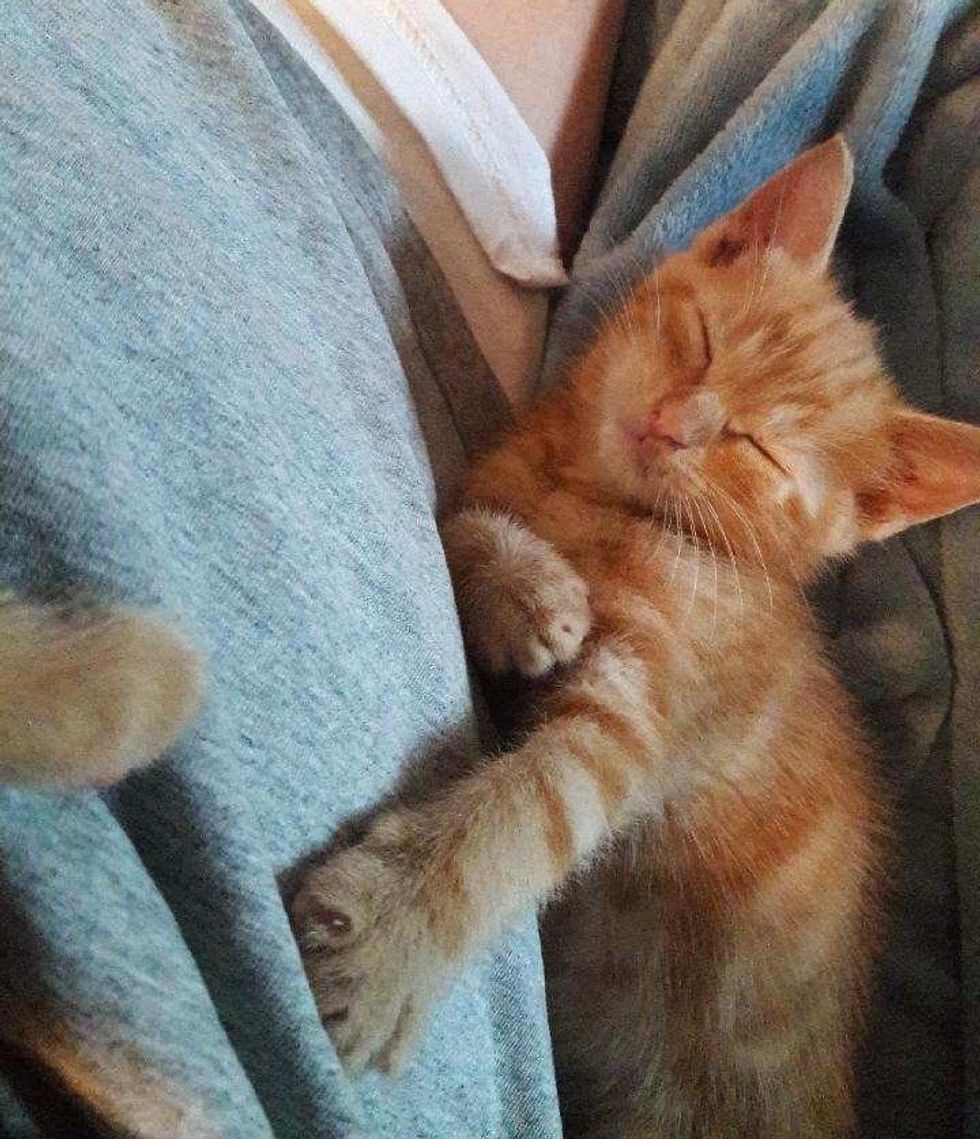 These kittens are the lucky ones as many born outside don't always have the same happy ending. Sofia continues to look for the feral cat mom with help from the kind workers.

They are getting bigger and more playful each day. 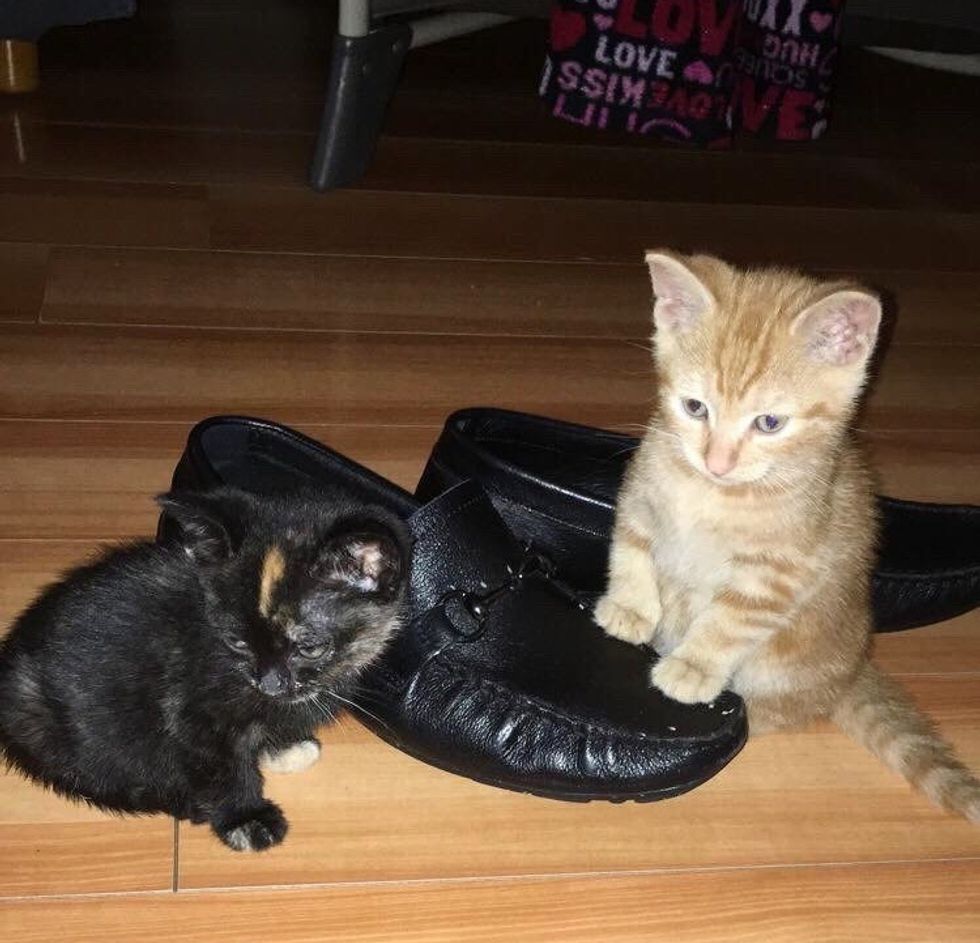 In a few weeks, they will be ready to look for their forever homes.

The trailer kittens are enjoying their VIP life and all the love and cuddles from their foster family. 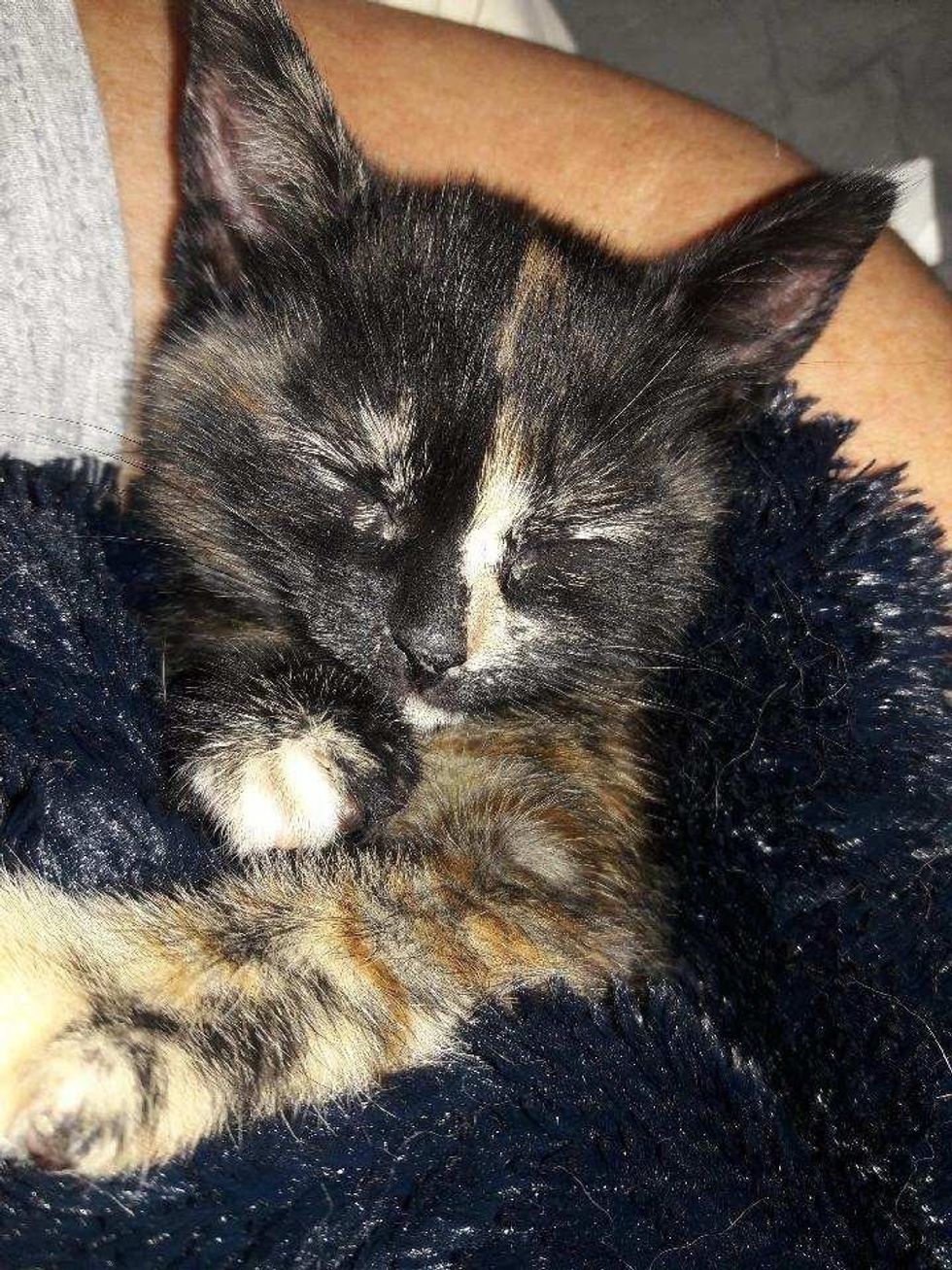