A tabby cat who had enough of life on the streets, walked right up to his rescuer for pets and a chance at a better life. 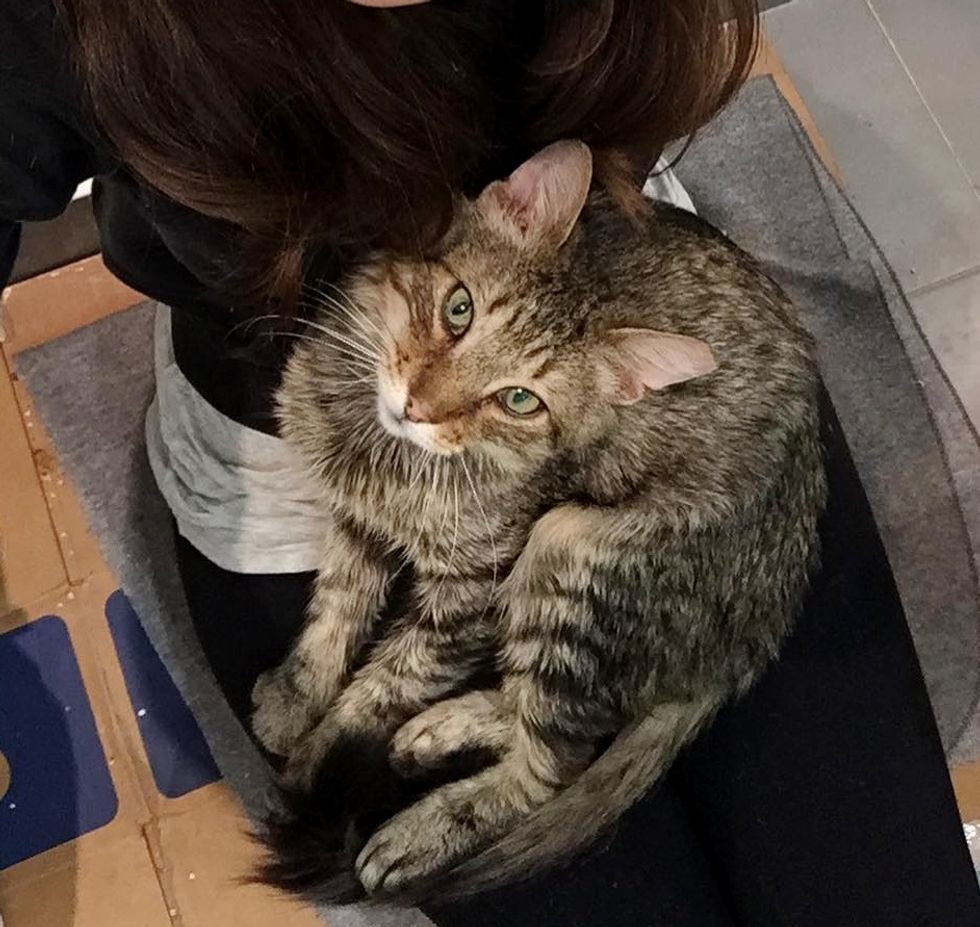 Helen Andrews, a TNR (trap-neuter-return) rescuer based in Brooklyn, New York, came across a new face in a small feral colony that she manages in Clinton Hill. The scraggly kitty showed up at feeding time and just kept coming back.

She named him Grandpa Joe as he appeared to be older amongst the feral cats in the colony. The tabby would run away when he was approached. "At the time, I had no idea he was friendly and he never acted that way," Helen told Love Meow.

Helen set up humane traps so she could bring him in to ASPCA to get him neutered. Once she got Grandpa Joe, she began to see signs of him not being a typical feral.

"He was very vocal in the trap prior and post his neuter appointment. That's usually an indication that a cat is friendly because feral cats stay very quiet unless they are a lactating female," Helen added. 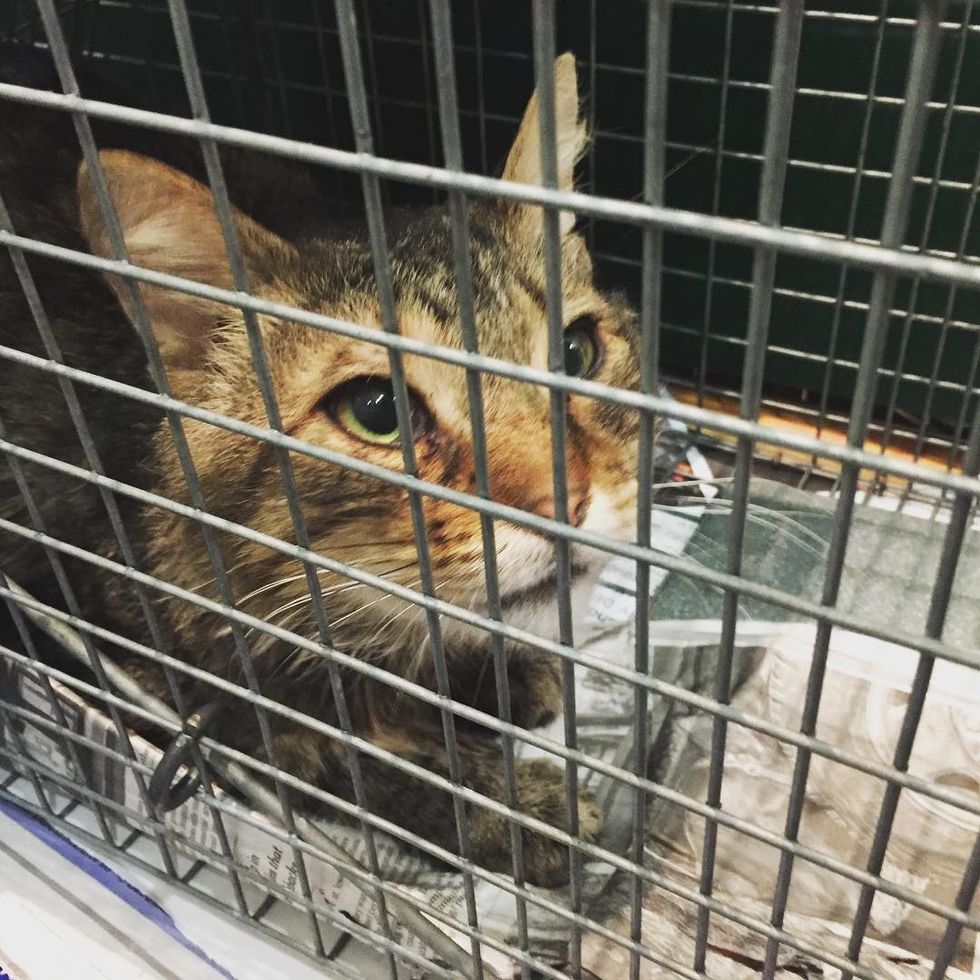 After Grandpa Joe received the medical attention he needed, Helen wanted to see if he would be willing to accept her help.

When they got back to the feral colony, Grandpa Joe didn't dash into the horizon like most feral cats do. Instead, he never left Helen. When she called out to him, he meowed back and walked right up to her. (Scroll down for video) 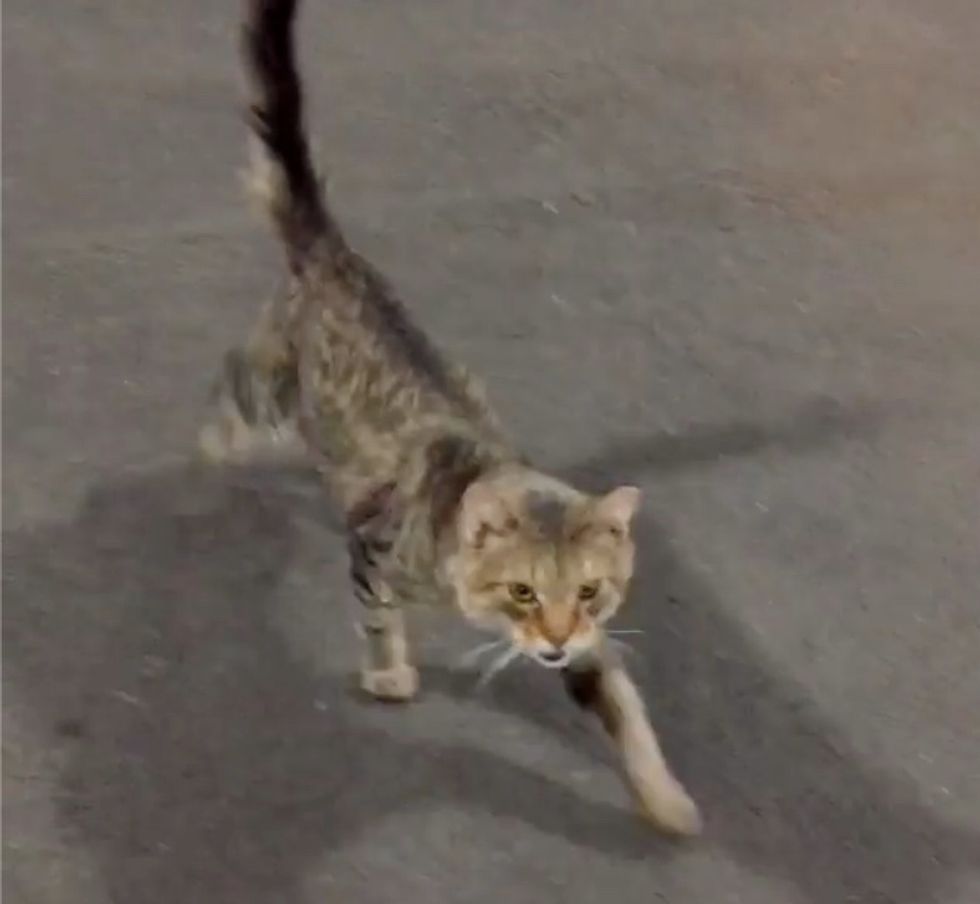 "He pretty much came straight up to me for pets. I knew he didn't belong living outside so I put some food in the trap and he walked straight back in," Helen told Love Meow.

Helen brought him home and sat with him in a quiet room. The sweet tabby cat was so happy to be in a safe place that he was purring nonstop. 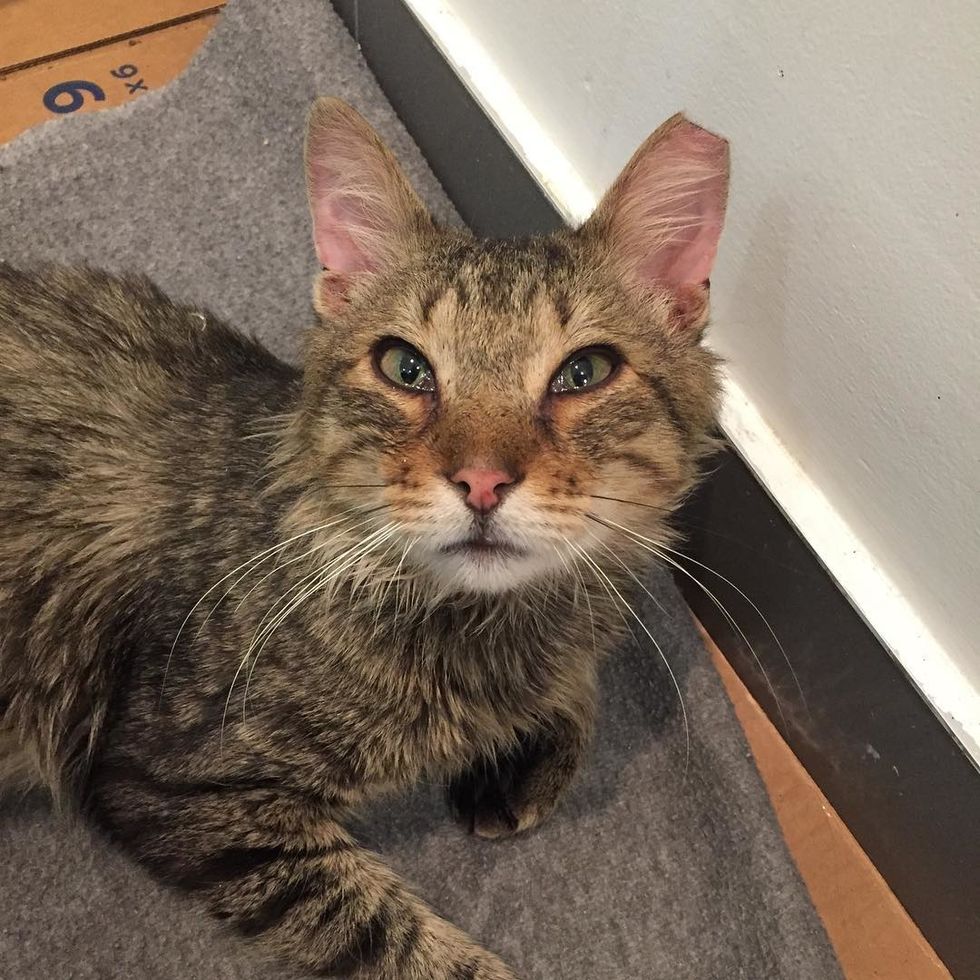 "This guy is so happy to be rescued. He is so loving and cuddly and has a great appetite. He just wants to be snuggled in your lap and loved on," Helen said.

"He crawled straight into my lap to make biscuits." 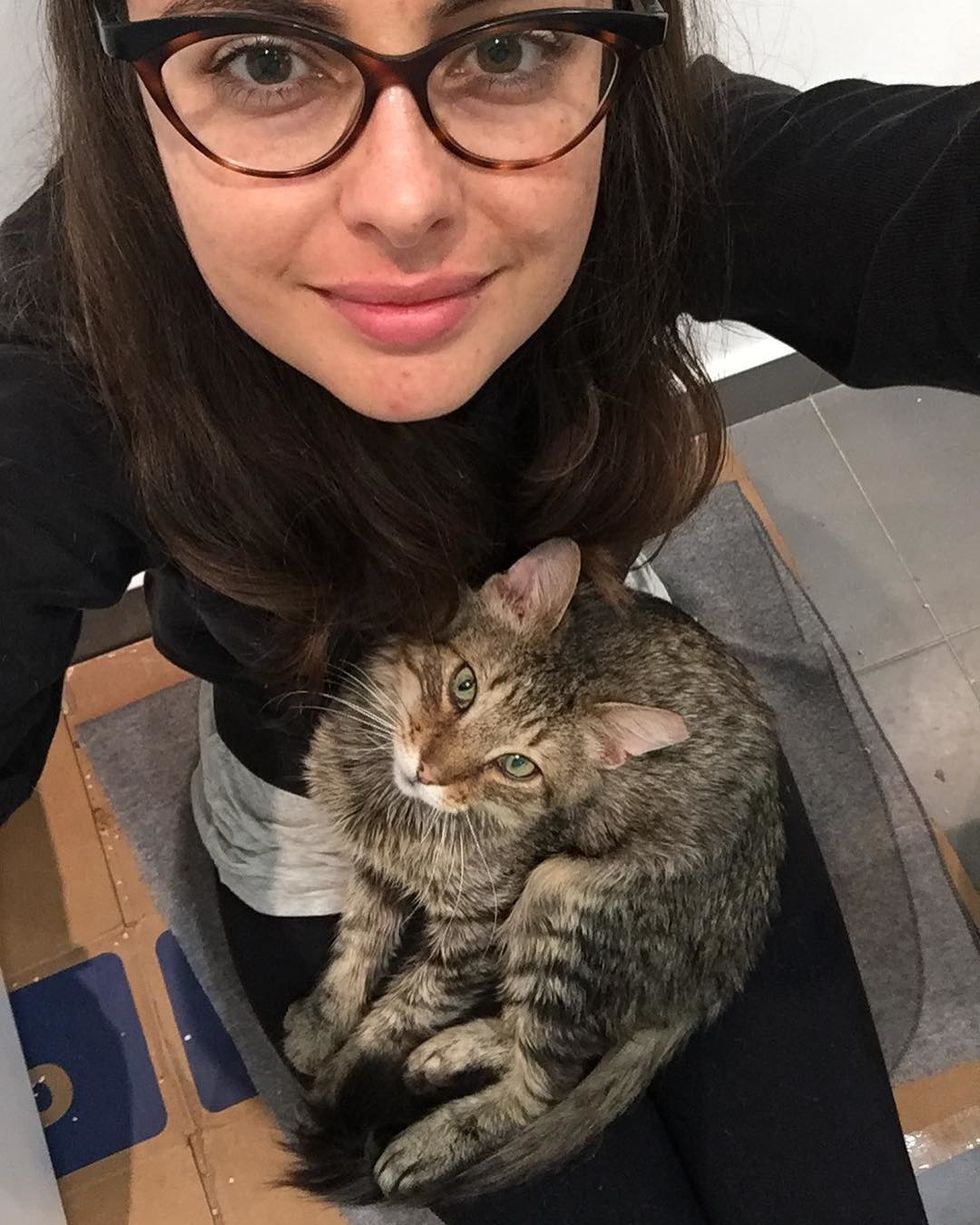 Turns out, Grandpa Joe is only four years old. He may look a bit rough around the edges, but the friendly kitty is healthy and eager to be loved.

Street cat walks up to rescuer and is ready to be loved youtu.be

"I think he looks old because he's a house cat that is not used to living outside and hasn't been grooming himself," Helen said.

"He's 10 pounds of love but he's a big cat and has the potential to be a lot bigger on a regular diet." 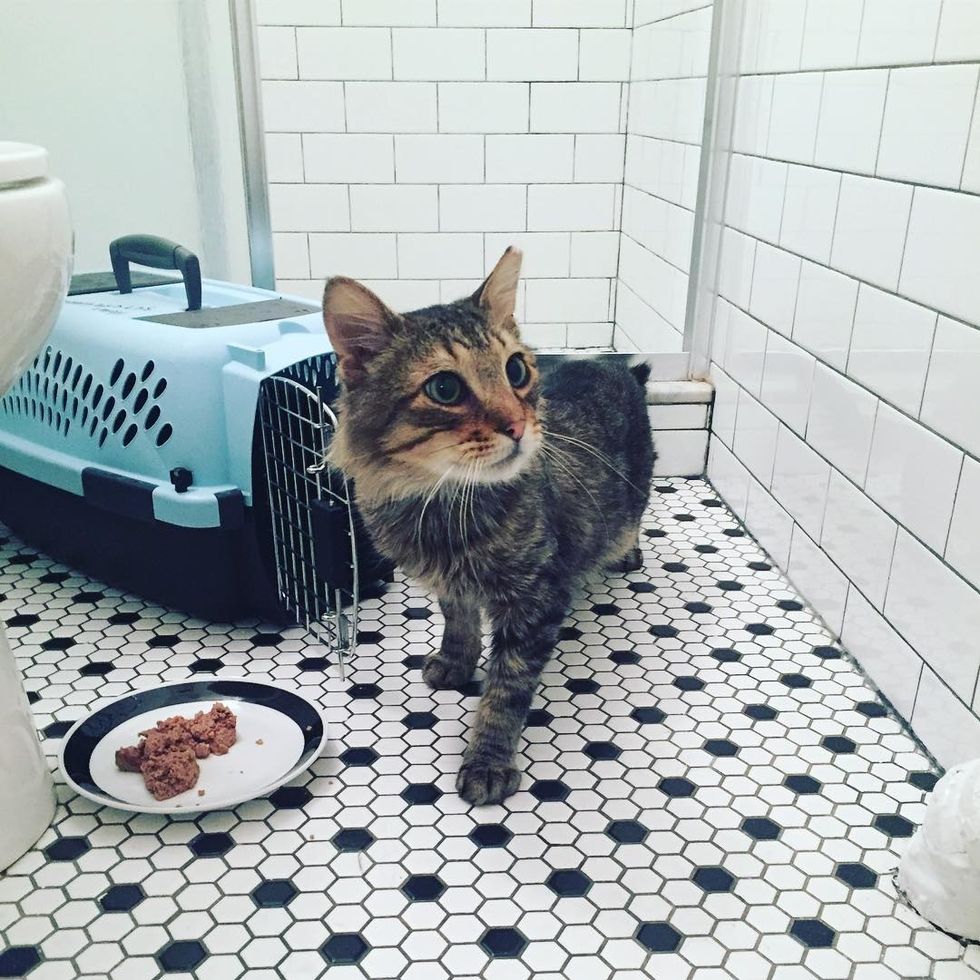 Helen took him to the vet to get him microchipped and a few other tests done before sending him to a foster home where he would have plenty of space to run around and warm laps to sit on.

"Grandpa Joe is settling into his foster home well. He has the whole place to himself. He was a bit scared at first but he has slowly come out more and more." 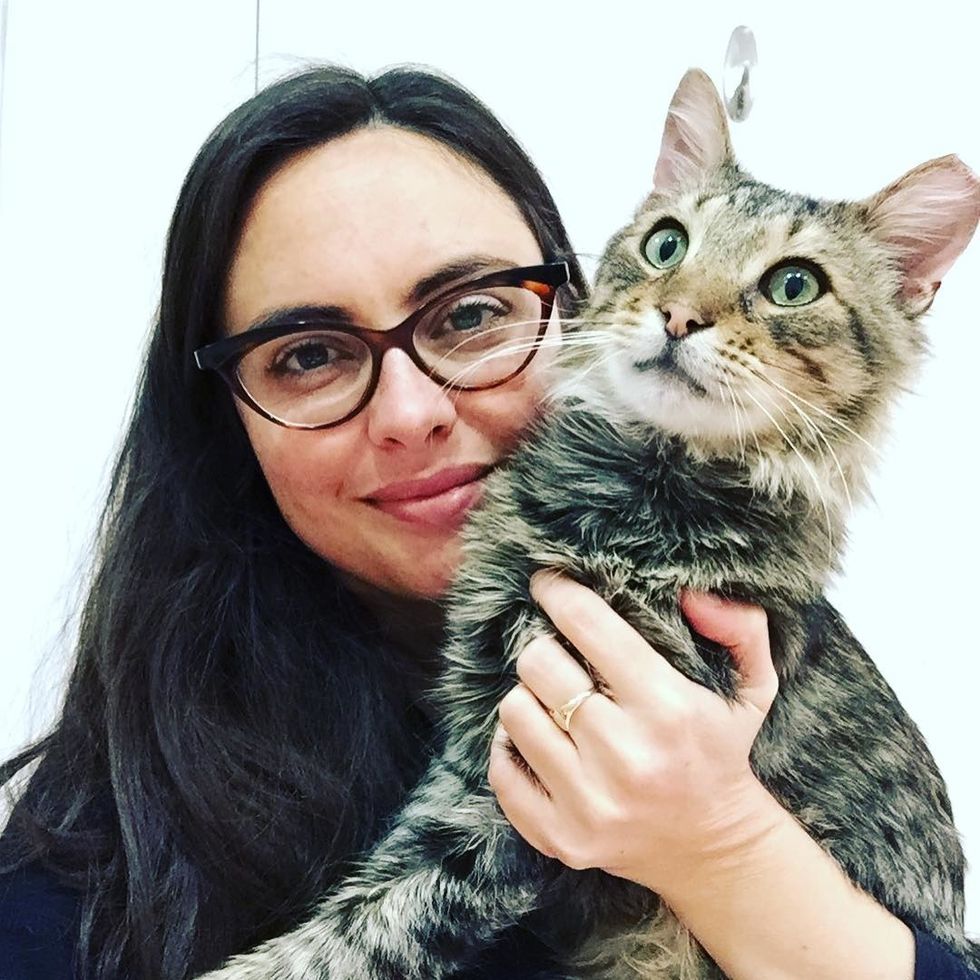 The sweet tabby is now ready for adoption.

"I would love this guy to be in a forever home by the holidays," Helen said. 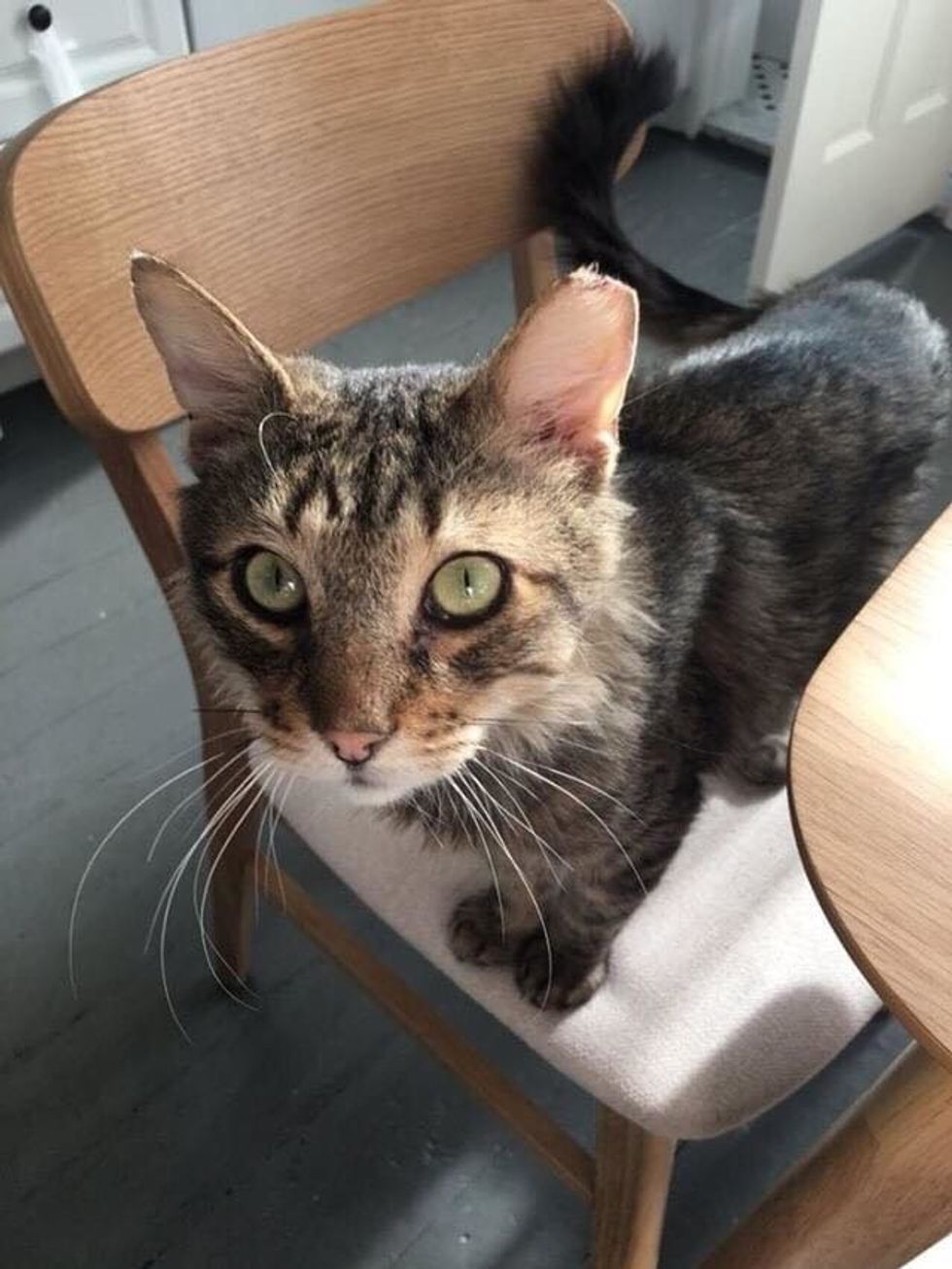 After years living on the streets, Joe is loving his new life. He is the happiest boy, a purr machine and a wonderful biscuit maker.

"From street cat to couch potato in three days." 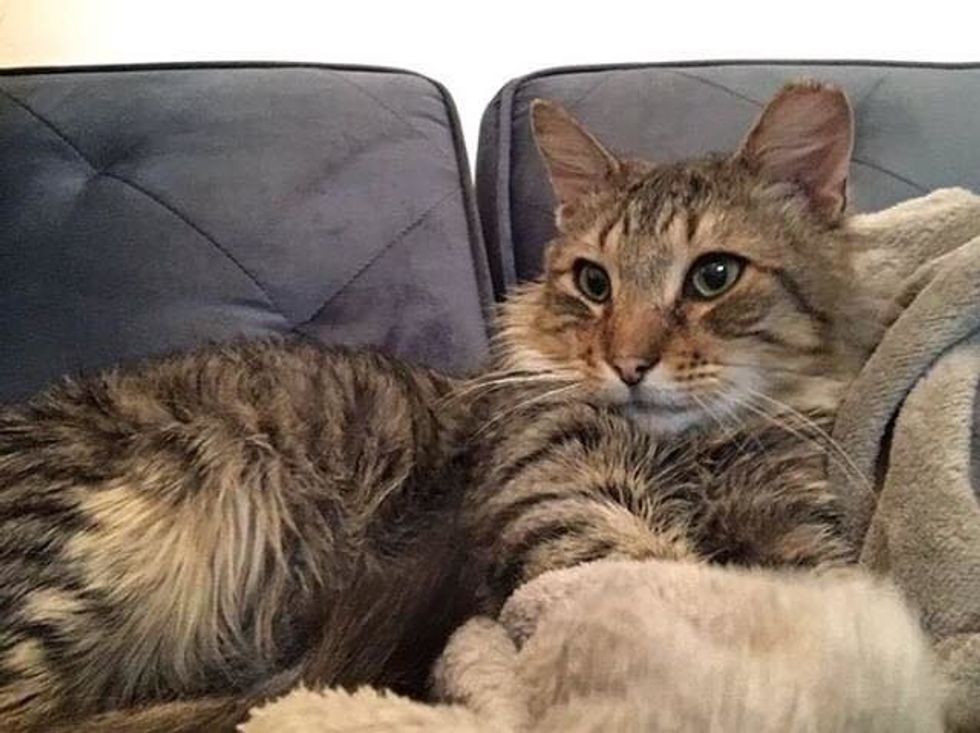