Kitten Who Can't Use Back Legs, Lets Nothing Stop Him from Loving Life

A pregnant cat was rescued by the County Animal Control Services in Washington when her owner passed away.

She and several other cats were taken in by Kitten Rescue of Mason County (in Shelton, Washington) where a foster mom was waiting for her. 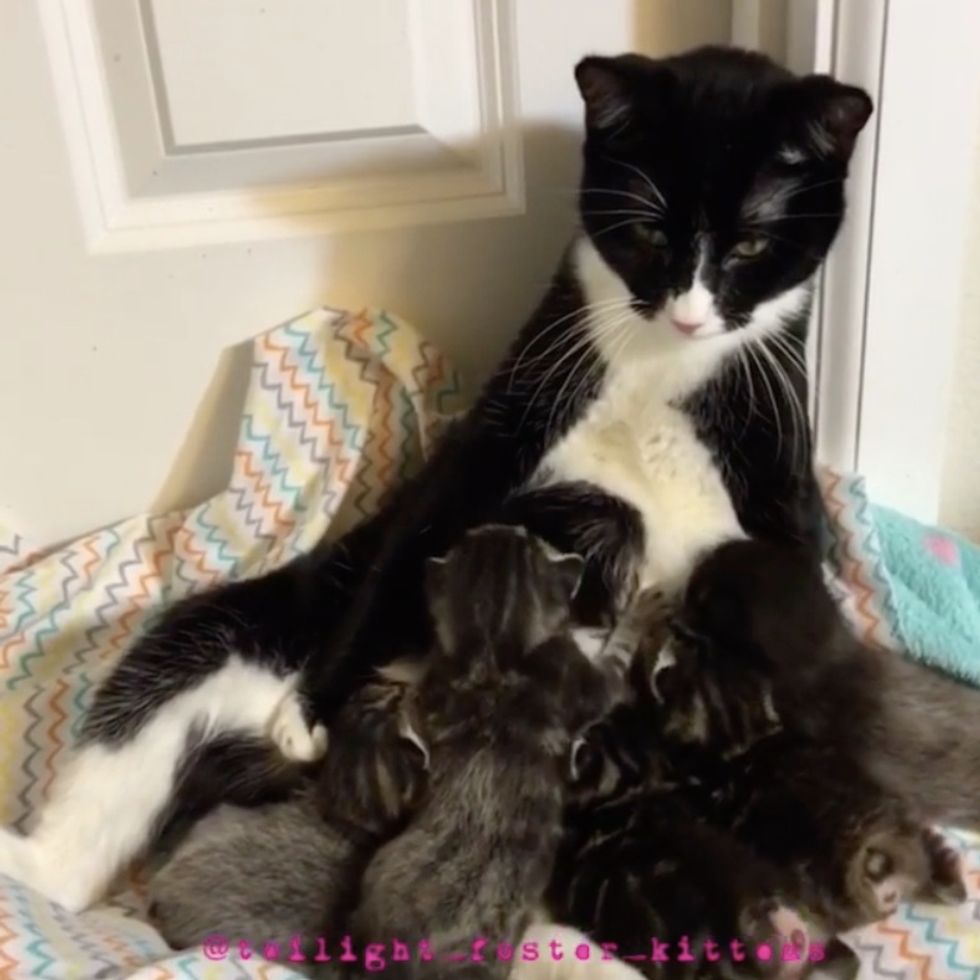 Aimee Avllia, a volunteer of the rescue, brought Amalthea into her care. Soon after she settled into her foster home, she gave birth to six Manx kittens where five of them were born without a tail.

Despite their best efforts, one of the kittens, Unicorn, didn't pull through due to congenital weaknesses.

"I learned quickly that Manx cats are prone to a number of problems. Another of the kittens, Lír, was born with noticeable deformities in his lower body and legs," Aimee told Love Meow.

As Lír grew, it became apparent that he couldn't use his back legs. 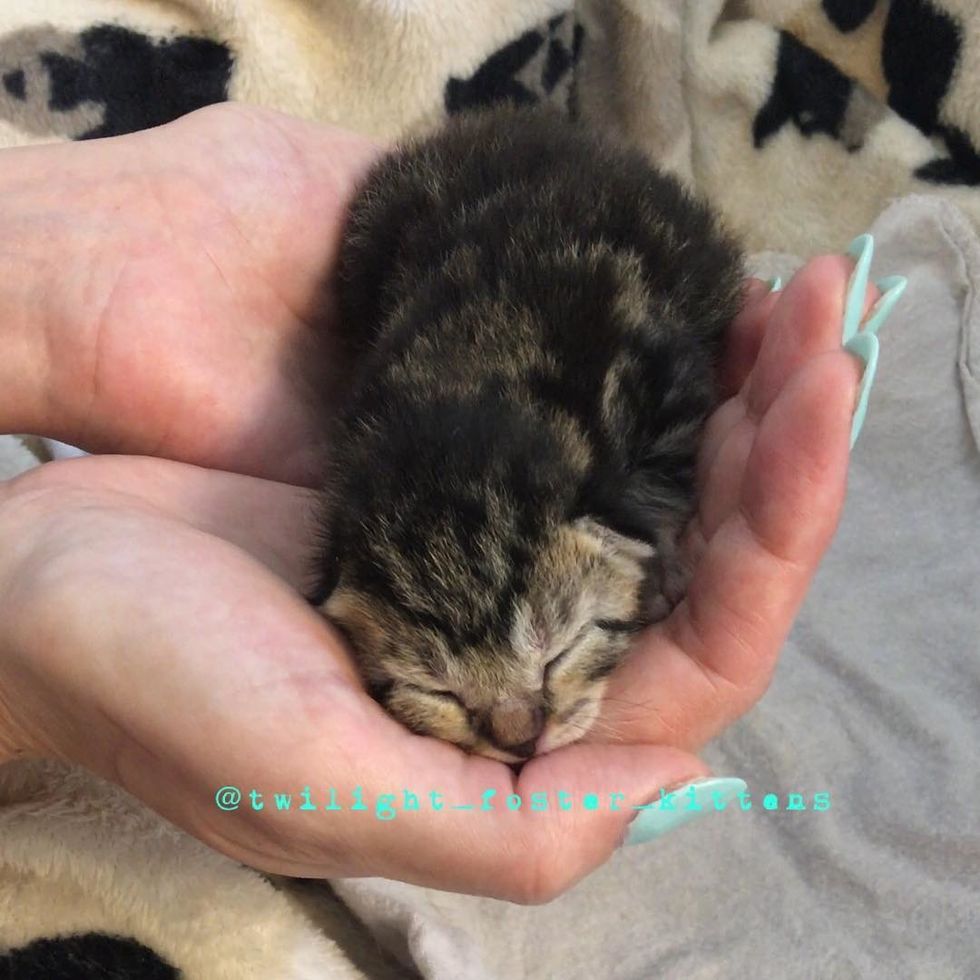 After seeing an orthopedic and neurological specialist, the kitten was diagnosed with Sacrococcygeal Dysgenesis (a neurological disease) and Segmental Spinal Dysplasia, a rare congenital anomaly.

"His spine is abbreviated, and they suspect his sciatic nerve isn't fully formed. He has flexibility in his upper thighs and hips, but can't feel anything in his toes and back feet." 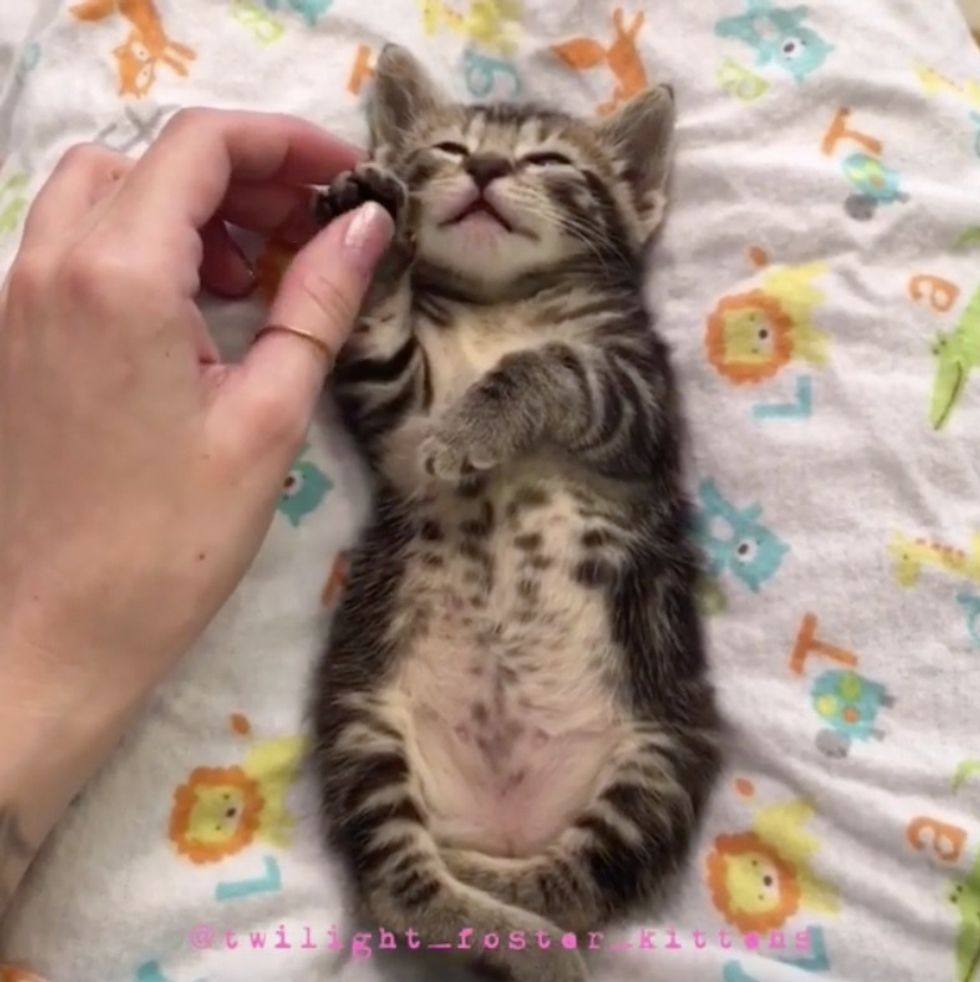 Despite his differences, Lír has always been a happy, cuddly boy, full of quirks and personality. He doesn't let anything stop him from loving life.

Even when he had to be admitted to the ICU, he never stopped fighting to live. "Despite everything, Lír remains upbeat, curious, happy, and engaged with the world around him," Aimee told Love Meow. 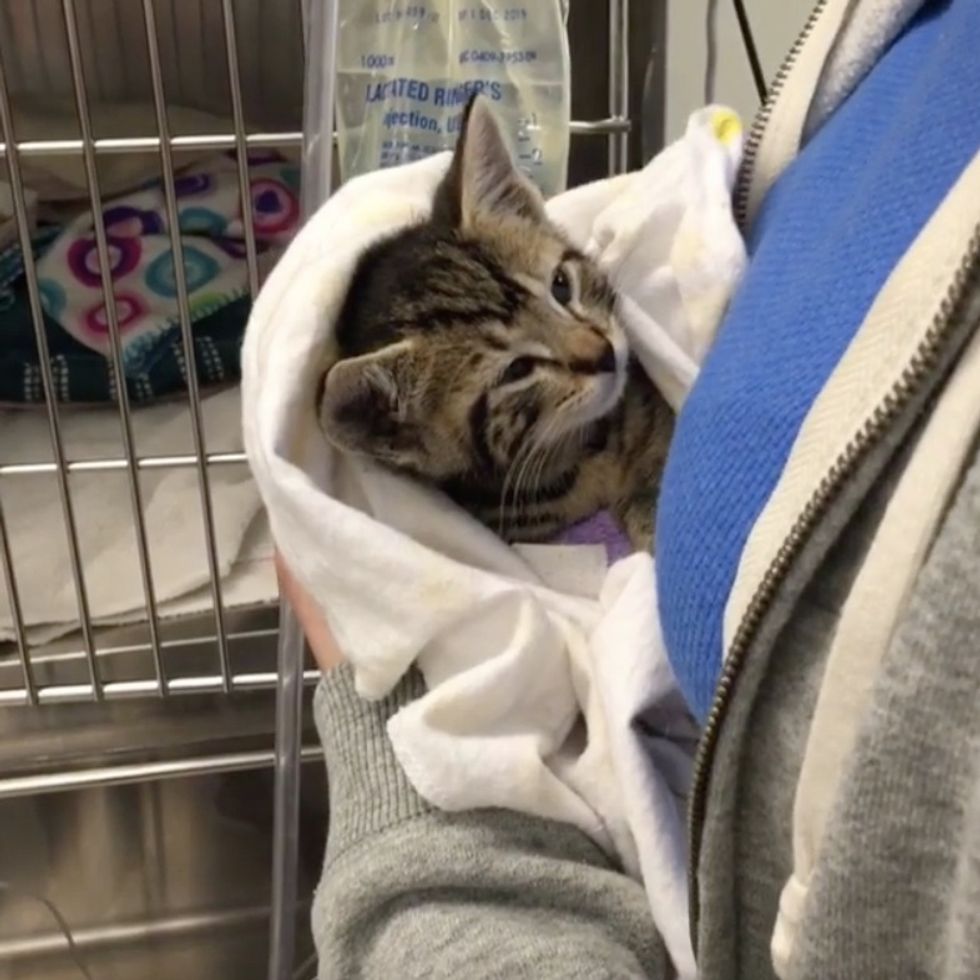 "With the help of his surgeons, we've come up with ways to help him overcome some challenges."

The kitty has special elevated bowls to eat and drink. Aimee has made him several diapers out of socks so he can move around comfortably and doesn't get chafed. 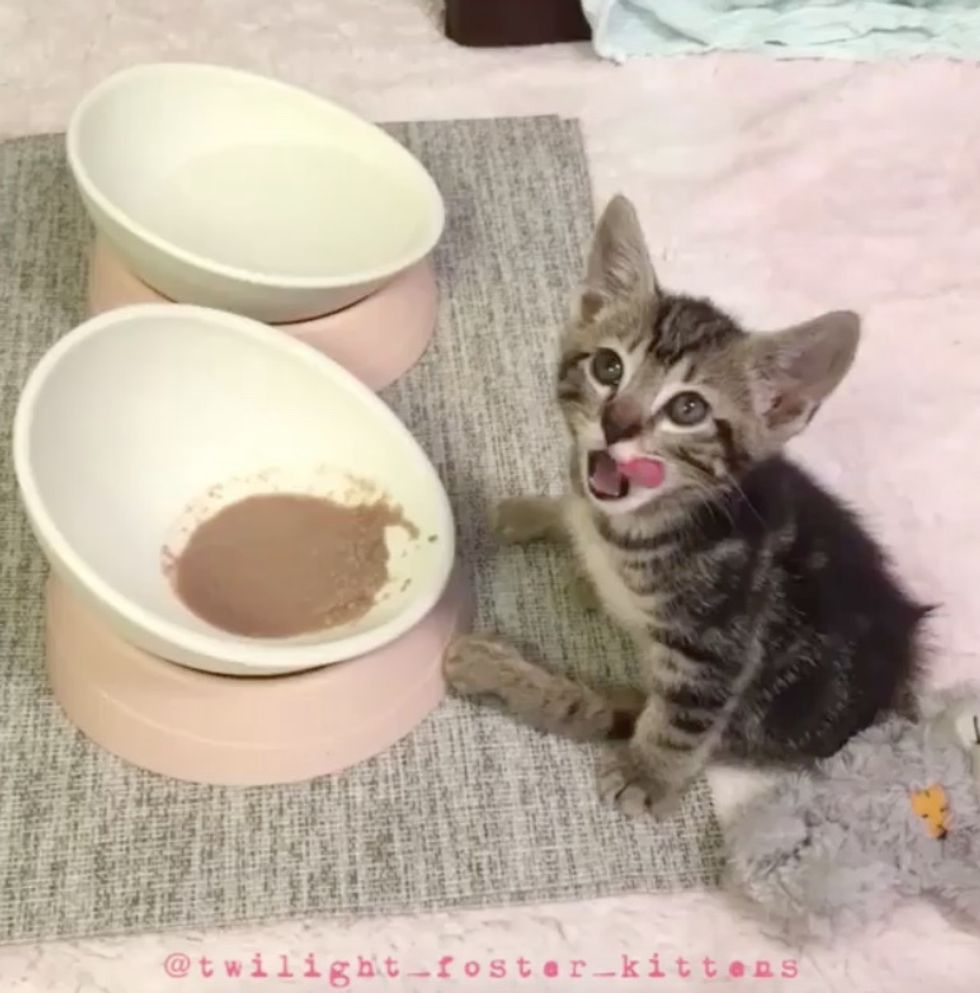 Lír doesn't think that he's any different. He plays with toys, wrestles with his siblings, and loves being wrapped up in blankets, like a purrito. When Aimee holds him in her arms, he's the happiest he can be.

"He's surrounded by stuffed animals, and interactive play sets that he can easily reach." 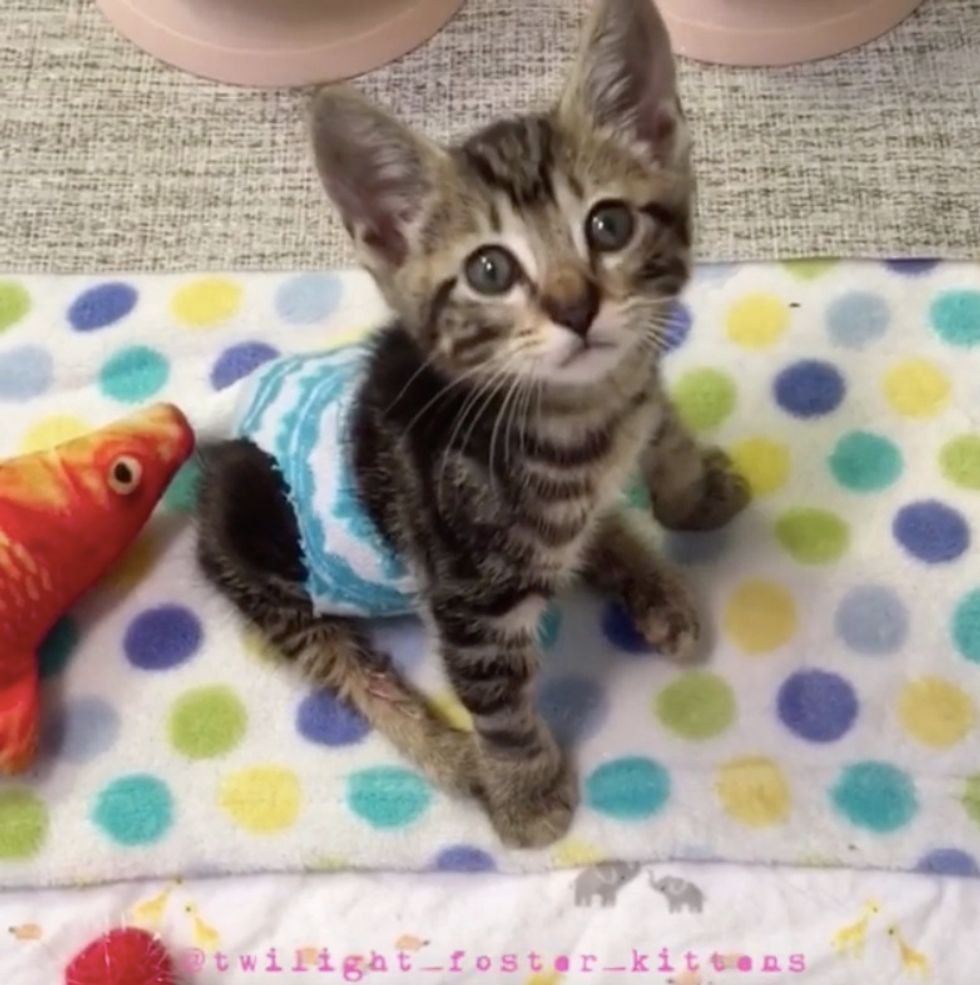 Aimee is determined to give Lír every chance at a normal life.

"In some ways he's like every other kitten: eager to play, eager for love, feisty with toys, and wanting to be with his siblings. But he's also highly unique," Aimee told Love Meow. 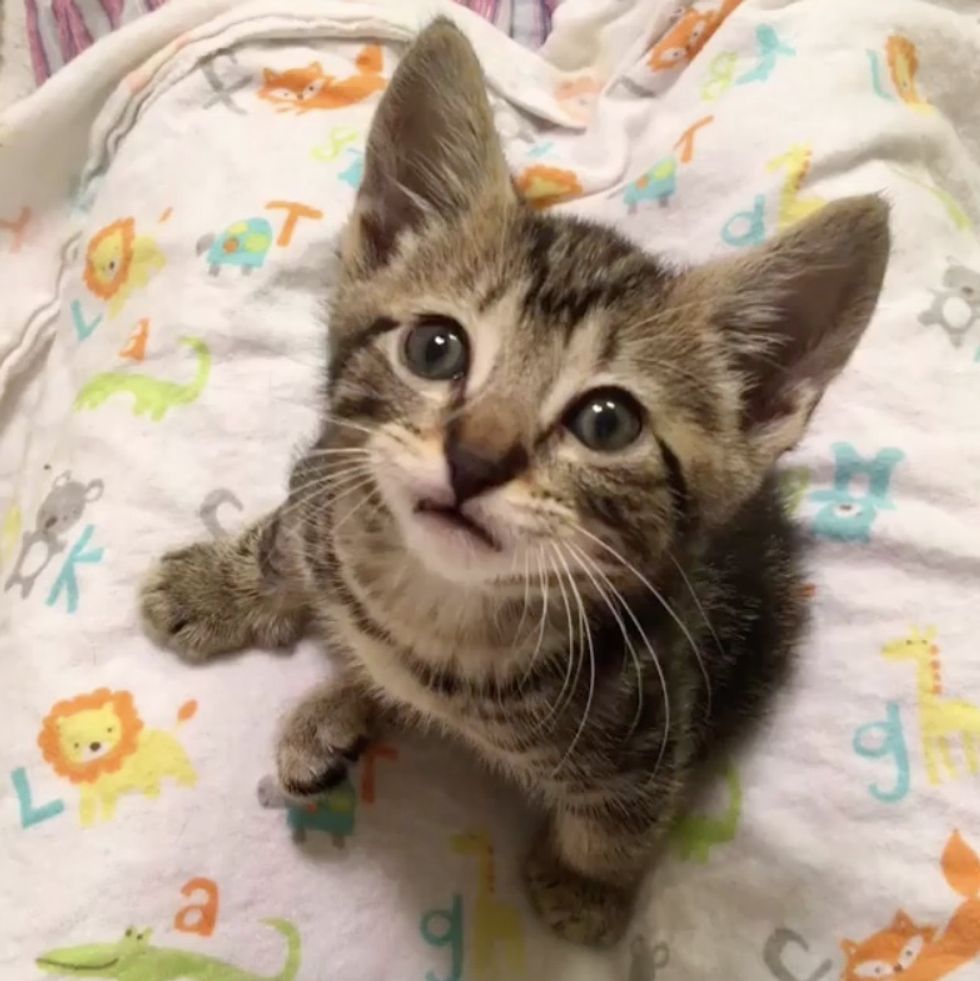 "He's more affectionate than any kitten I've known, and actively wants to be cuddled or held instead of playing or snuggling with his family." 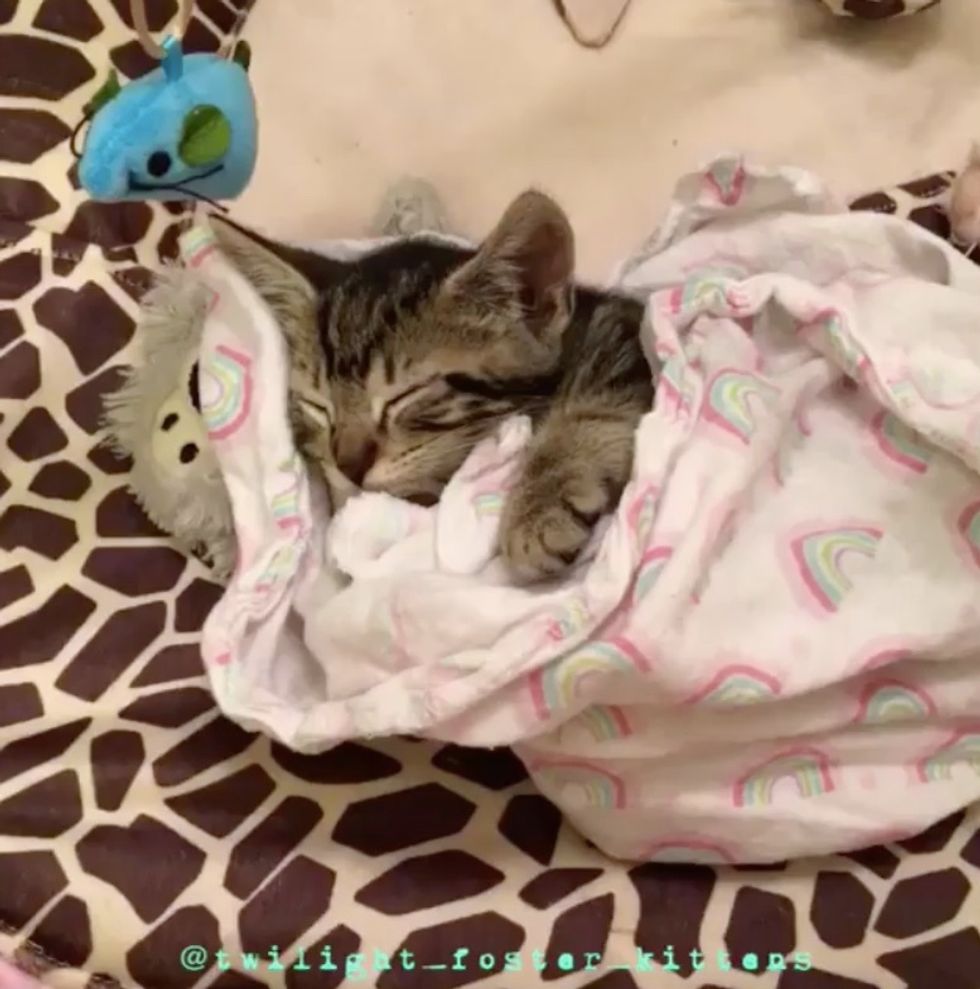 When Aimee is changing his diapers, the little guy will lie on his back on his own, in the same manner as a human baby.

"He's a problem solver. If the first attempt to do something doesn't work, he tries again another way until it does," Aimee added. 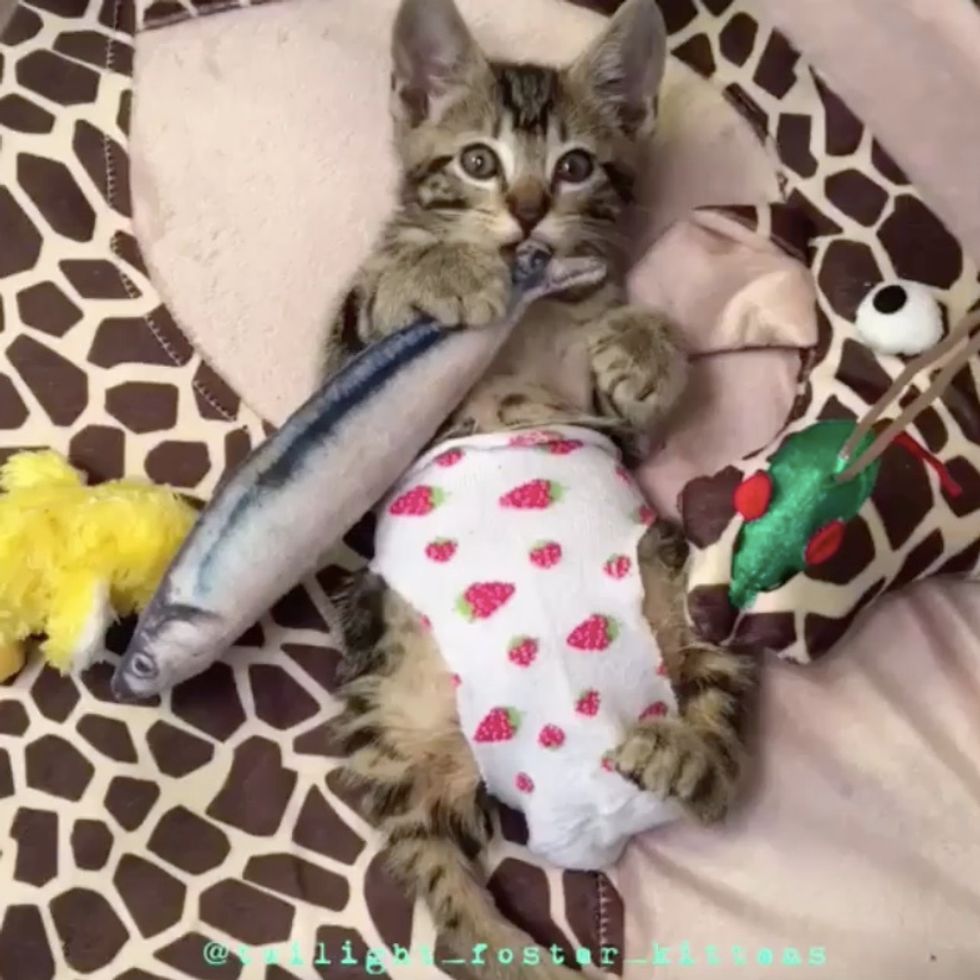 "His tenacity and resolve inspire me. But mostly, his beautiful, pure soul moves me to fight for him. I feel very lucky to be his foster mom. He's so loving and sweet," Aimee told Love Meow.

"He'll have an MRI when he's two pounds, which will show soft tissues, nerves, etc and help his surgeons plan his course of treatment. But regardless, he's perfect just the way he is and is dearly loved." 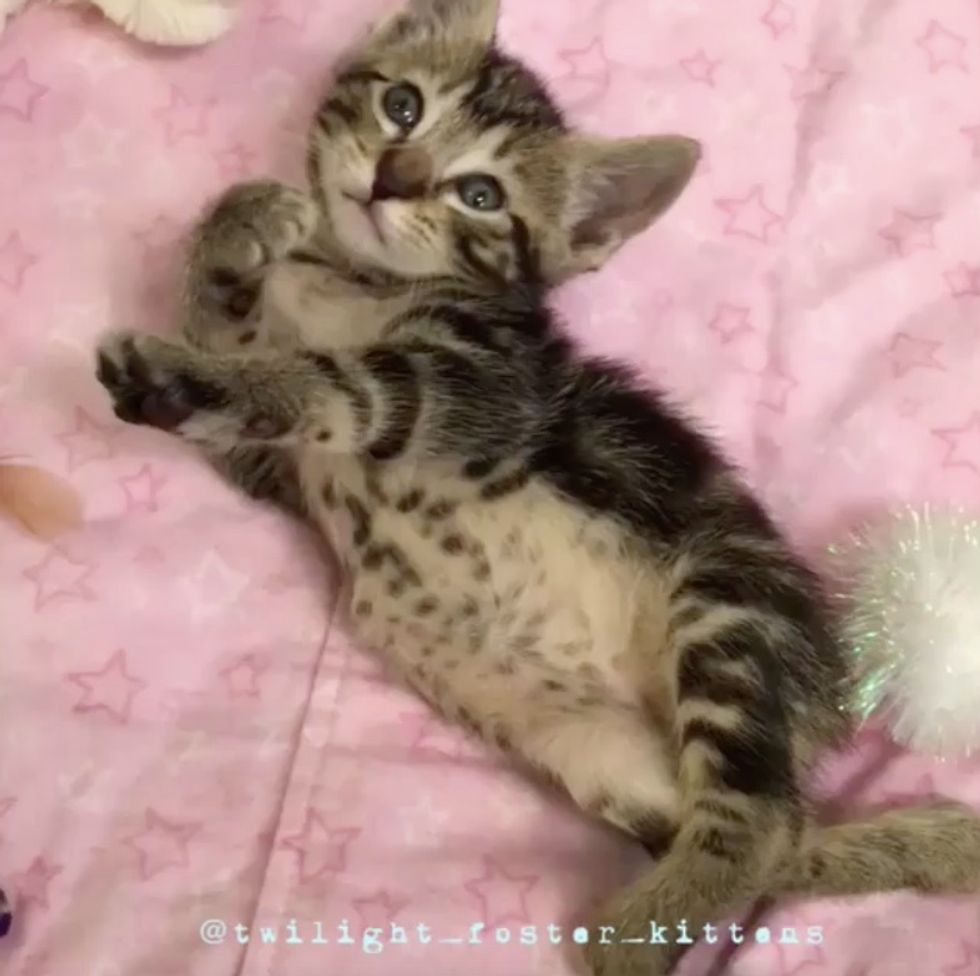