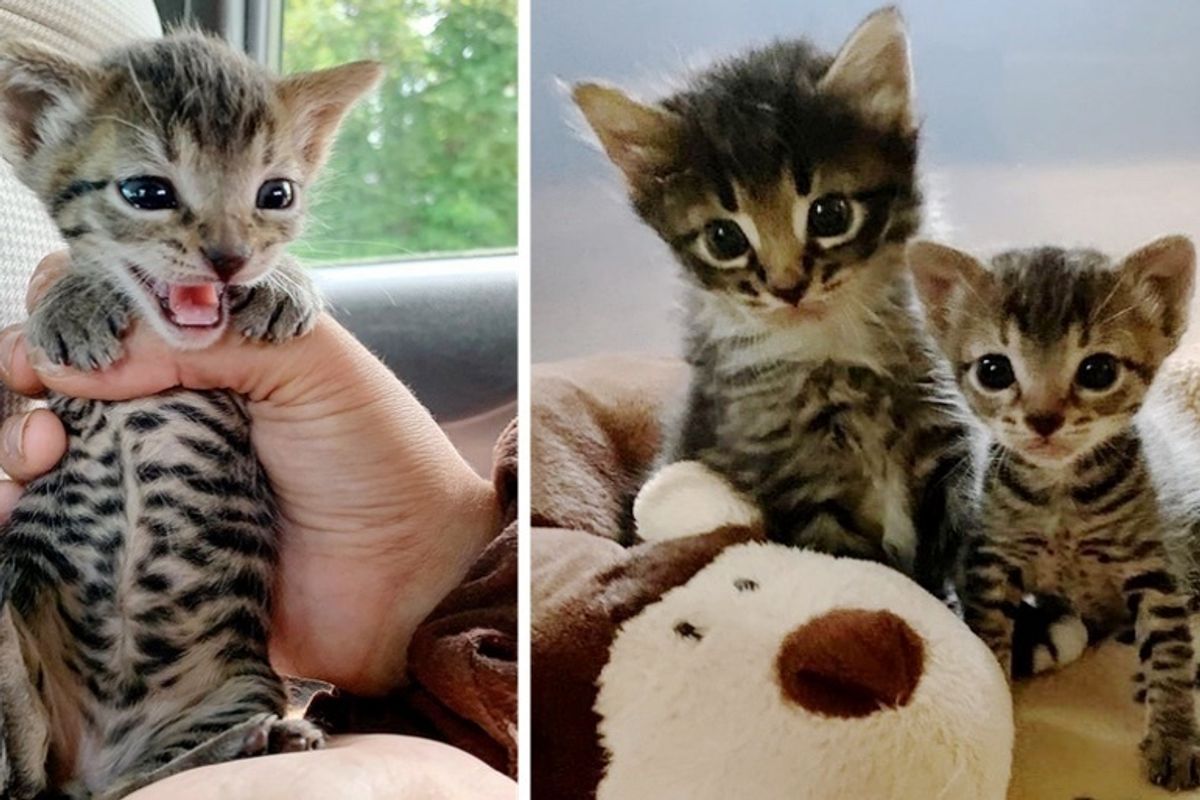 A kitten was dropped off in a carrier and signed over to a shelter, but staff were surprised to discover a second kitten hiding inside. 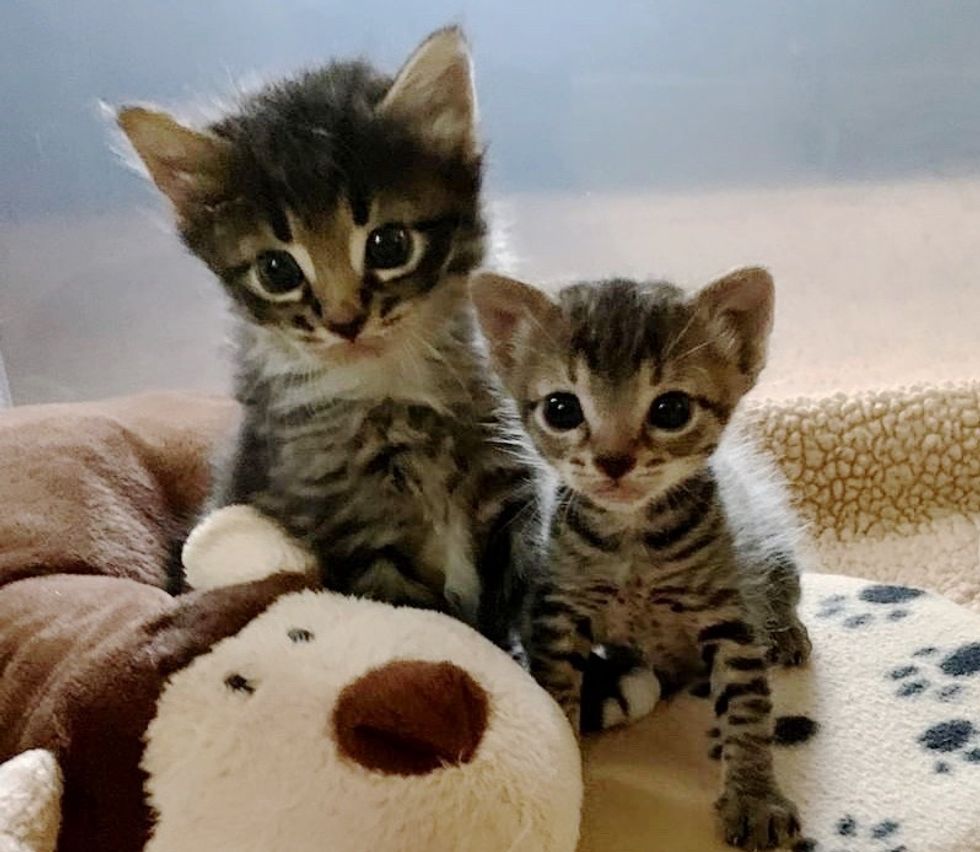 Last Saturday, a local animal shelter in North Carolina took in a solo kitten, or so they thought, when the little guy was brought in and signed over. The tiny tabby was three weeks old and in need of foster care.

Sarah Kelly, a volunteer of Sparkle Cat Rescue, was at a Barnes & Noble book store when the shelter contacted her about the kitten. "We were told he was very small and needed to be bottle fed," Sarah told Love Meow.

"As we were headed over to pick him up, we were talking about how we wished it had been a pair and how cute it would be to name them Barnes and Noble."

Shortly after, they received another call from the shelter with a little surprise they discovered. 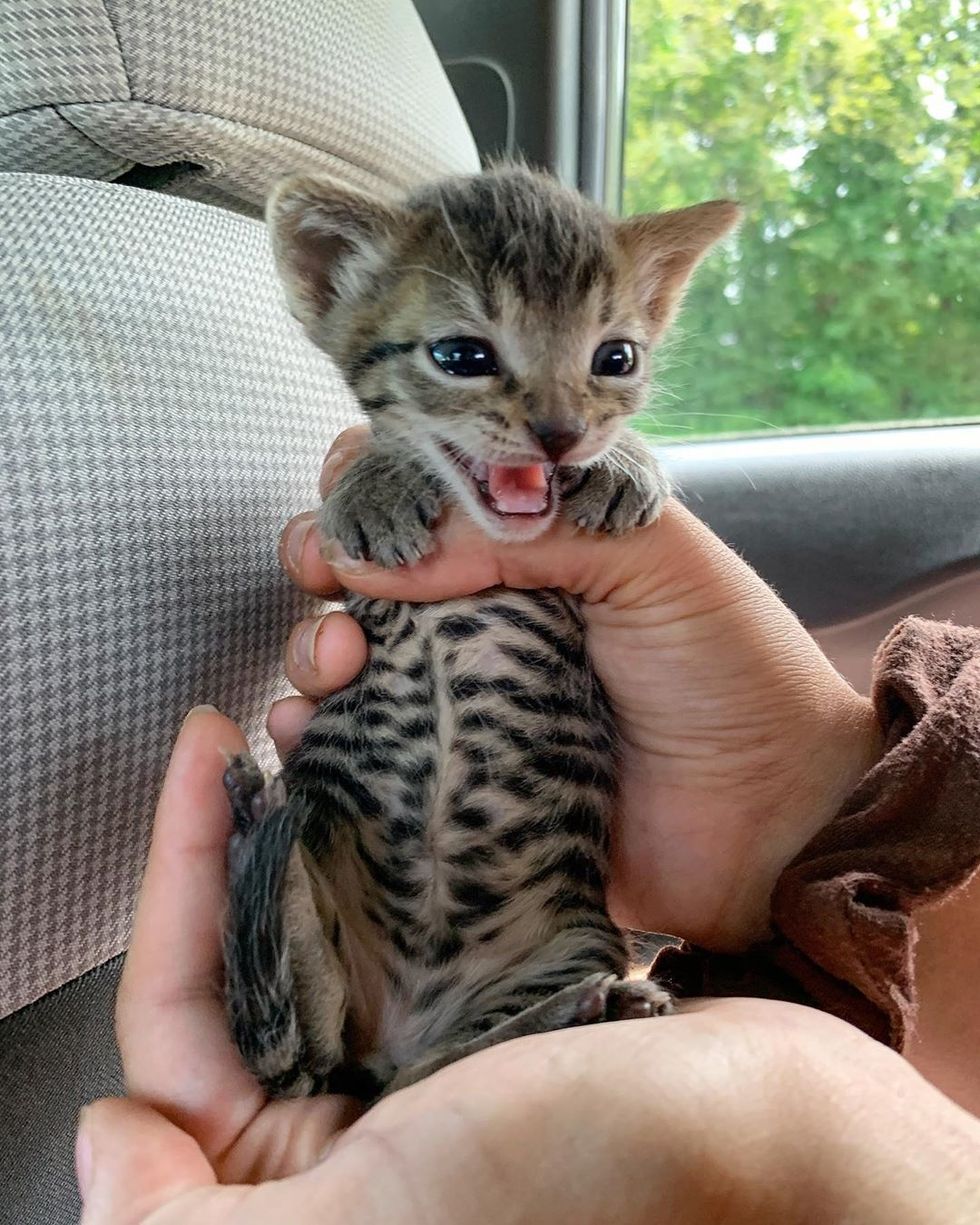 "The shelter called us originally and thought one kitten was in the carrier, and was surprised to find the second. They hadn't even seen the second kitten in the back until later."

The other kitten was hiding under a towel, and when they removed it, a little ball of fluff was unveiled. They didn't have any information about the second kitten and had no idea how the two tabbies ended up together.

But their bond was very strong from the start. 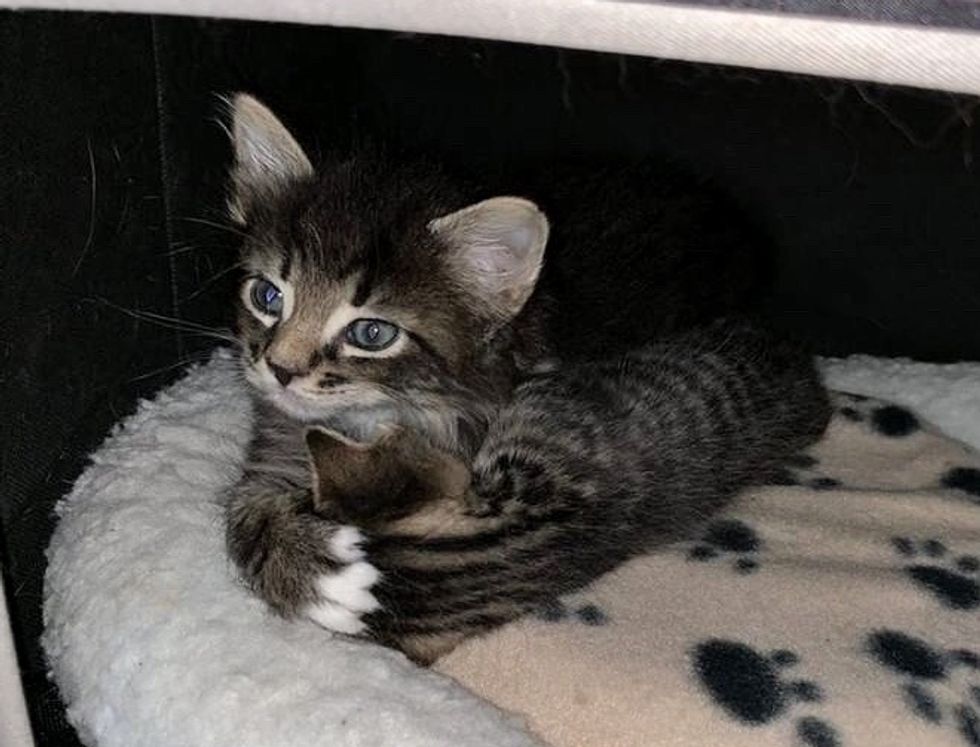 "Needless to say, we have named these two boys Barnes and Noble," Sarah told Love Meow.

Noble is about 2-3 weeks older. Barnes is much smaller and likes to snuggle in his brother's fluff. They believe the kittens are from different mothers due to their age being not too far apart. 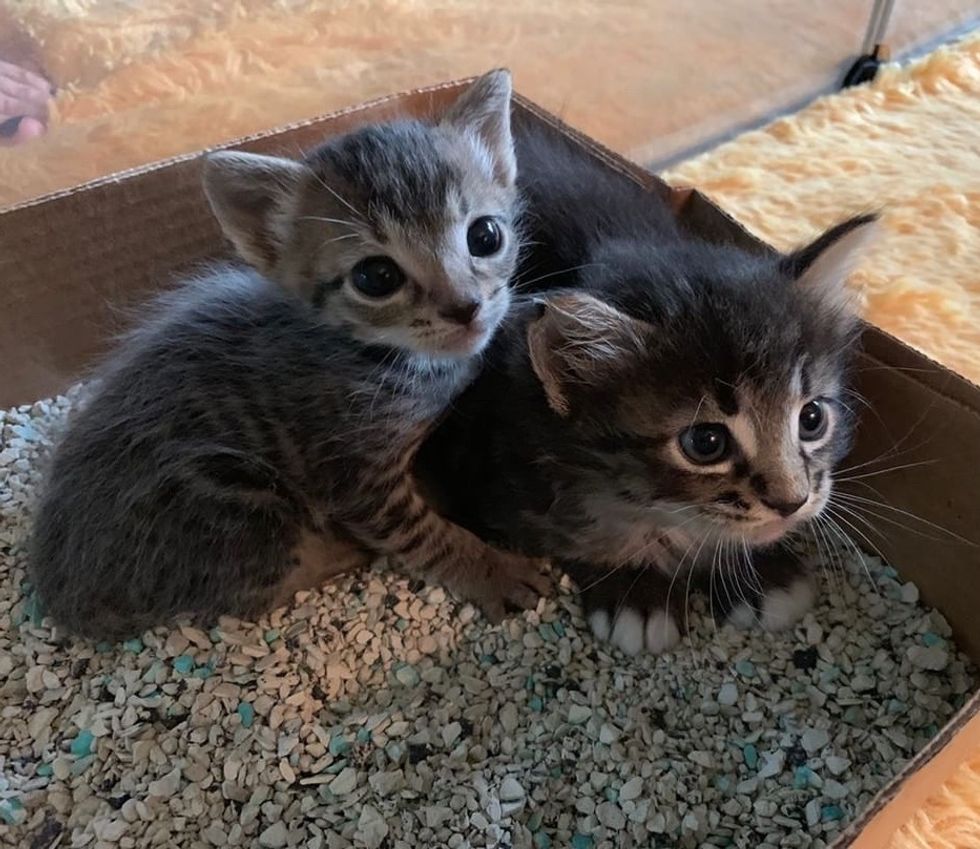 "They are most likely from the same colony. Maybe, their moms were sisters," Sarah said. "The kittens are very bonded and dependent on each other."

Noble, being the bigger kitty, is always taking care of his little brother. The first day, they huddled up together in a litter box (their comfort spot) and wouldn't leave each other. 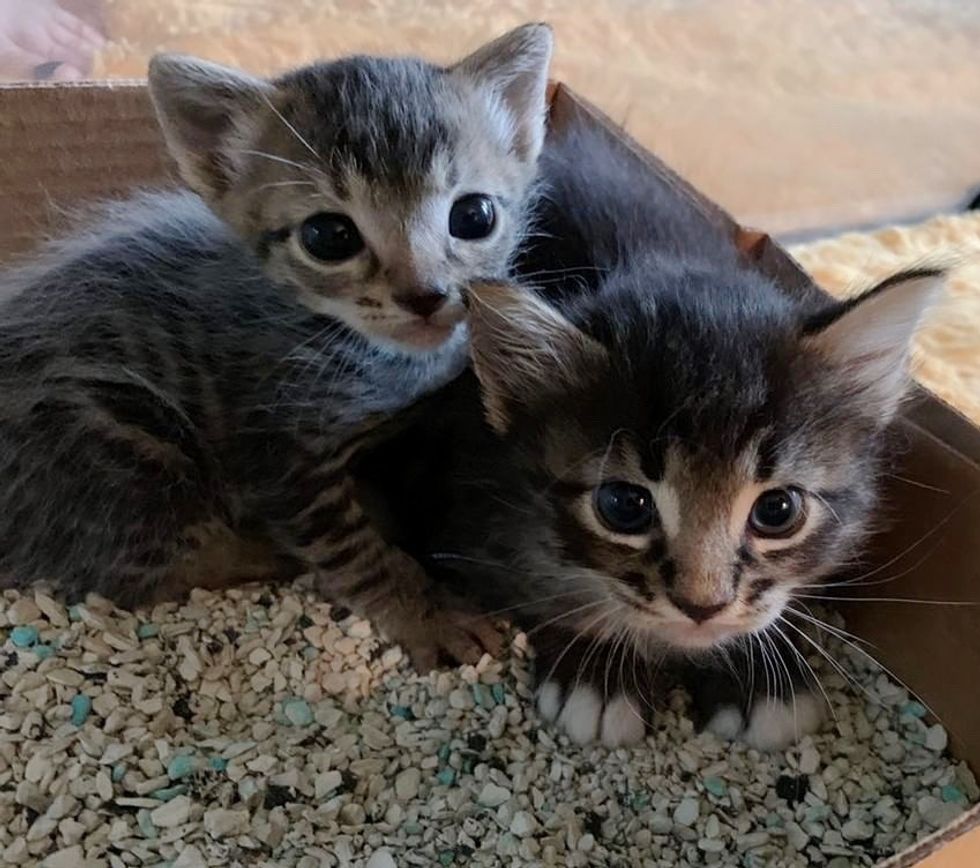 "They just wanted to sleep in the box. They were probably used to sleeping outside, maybe on gravel," Sarah said.

When the kittens realized they were in safe hands, they began to explore and venture out of their litter box and into comfortable beds and fluffy carpets. 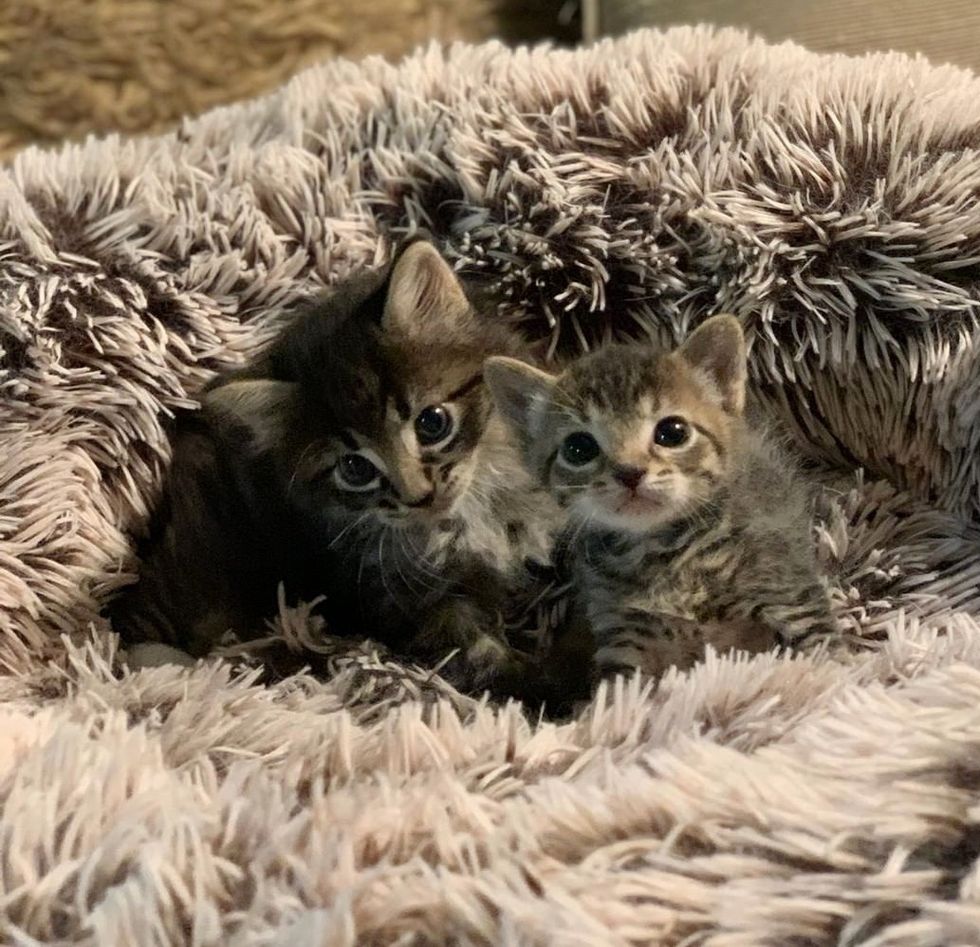 Barnes clings to his brother as if he's his shield, and Noble needs him to feel confident around people.

The tinier tabby burrows his head in his brother's fluff when he naps, and the big brother never lets him out of eyeshot.

The two kitties are eating like champs and thriving in foster care. 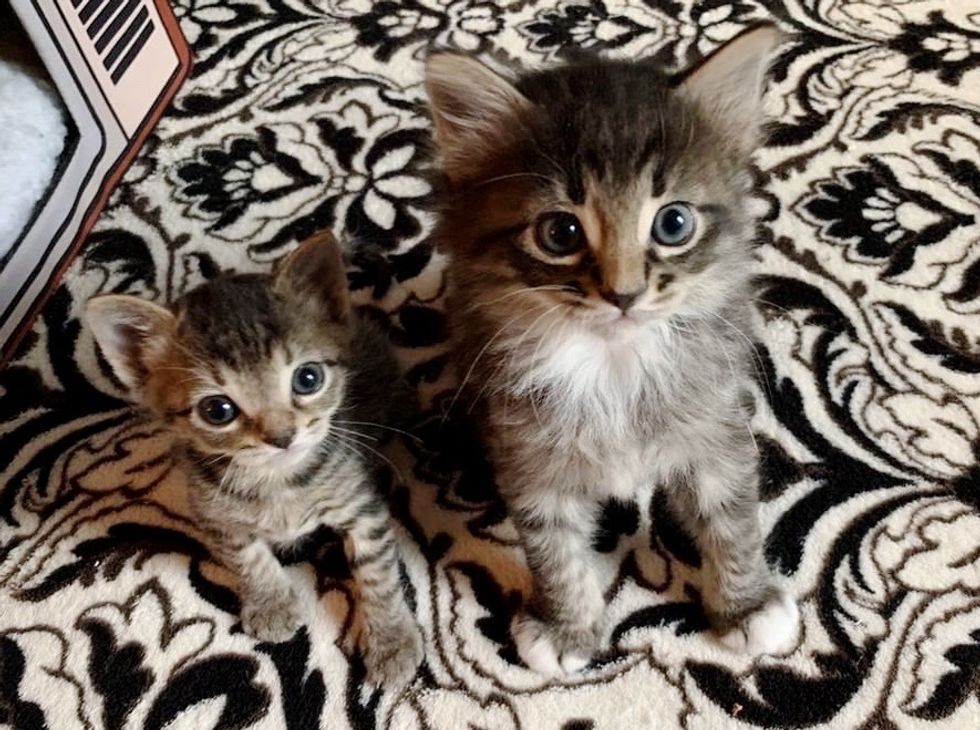 They still have a lot of growing to do until they are ready for adoption. As of now, they are loving all the soft things to knead on and the wonderful assortment of toys to play with.

The two brothers from different mothers came to the shelter as a surprise pair. They are completely inseparable and will continue their adventures together, forever. 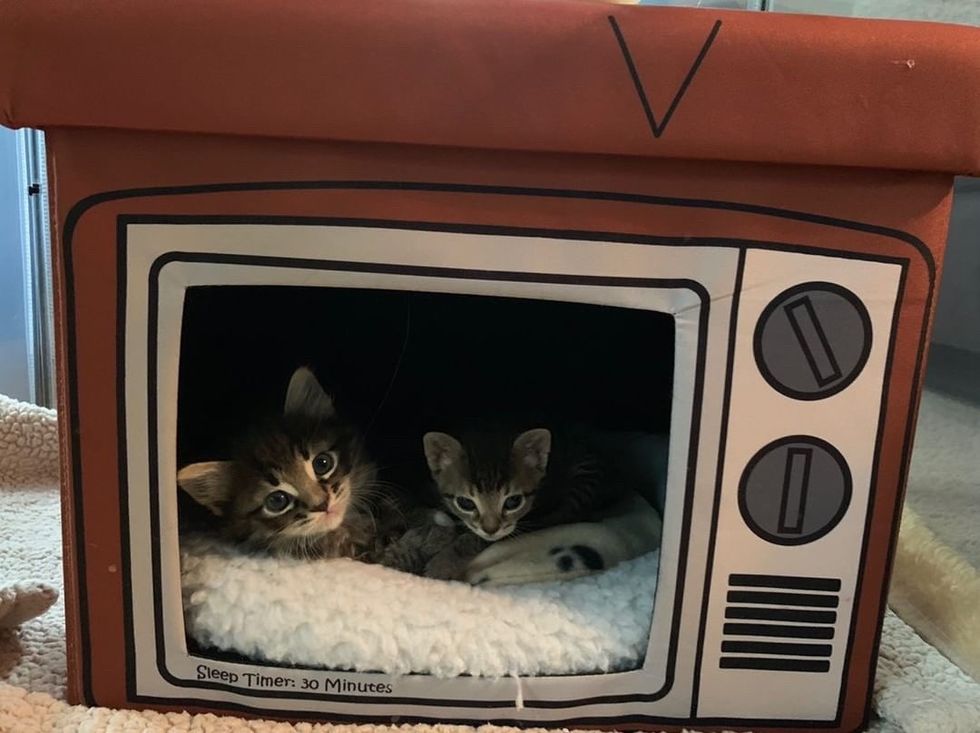