A ginger kitten was found in a shed along with her siblings near a home in Knoxville, Tennessee.

She has a little crooked nose and doesn't have a tail at all. 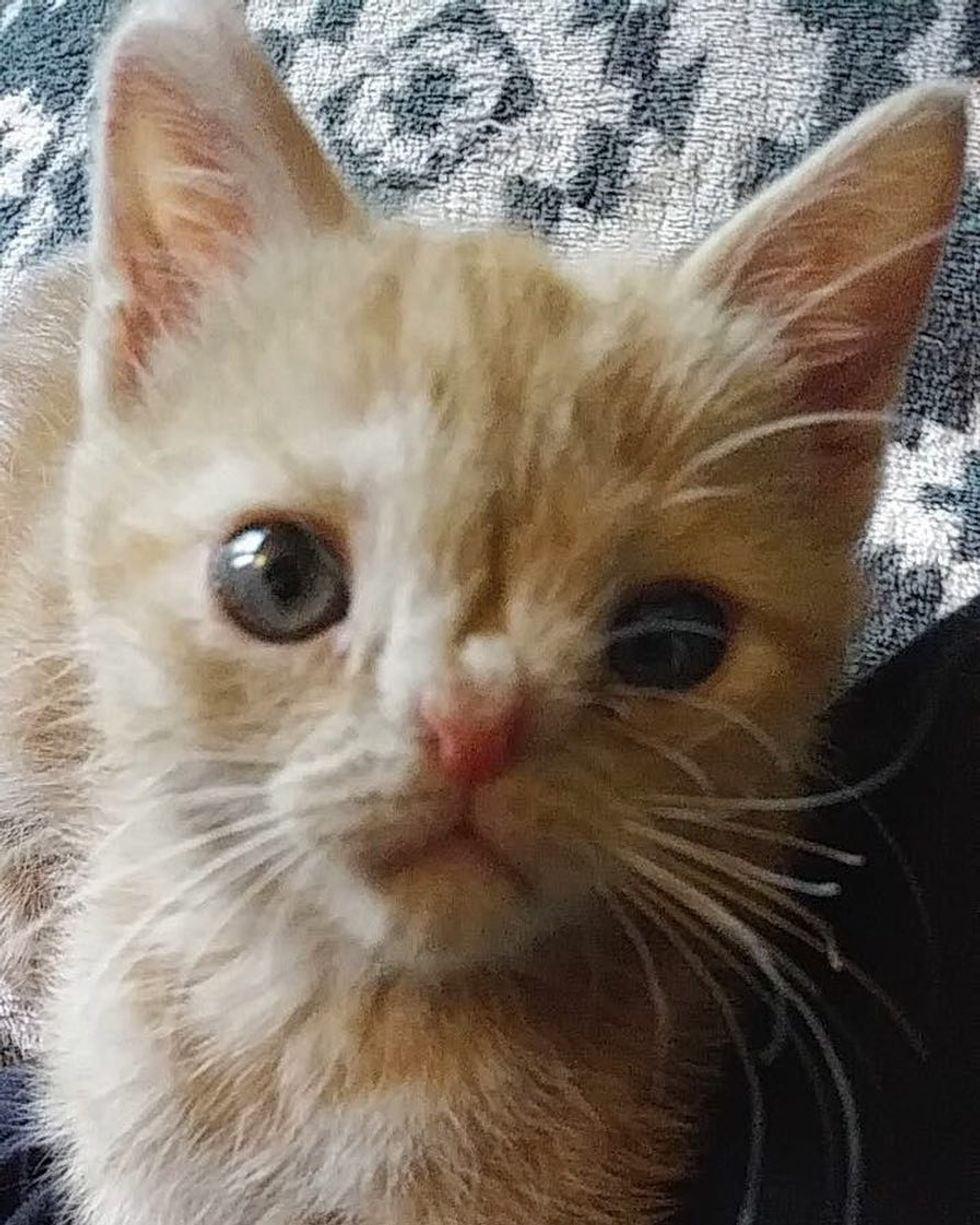 A feral cat had shown up in the neighborhood for quite some time. Renea and her family had been trying to catch her but she was elusive and difficult to trap. Over a year ago, the cat gave birth to a litter of kittens and moved them to their shed.

When the kittens were big enough, they knew it was time to bring them in to socialize. "My grandfather and I caught all the kittens with blankets and brought them in from the outside," Renea told Love Meow.

One of them immediately stood out. The little ginger girl whom they named Butternut or Butters, looked a bit different from the rest of the litter. She was born with a crooked nose and appeared to be tailless like a Manx kitty.

Their plan was to foster the kittens and get them all adopted into good homes, but Butters, the runt of the litter, had a plan of her own. 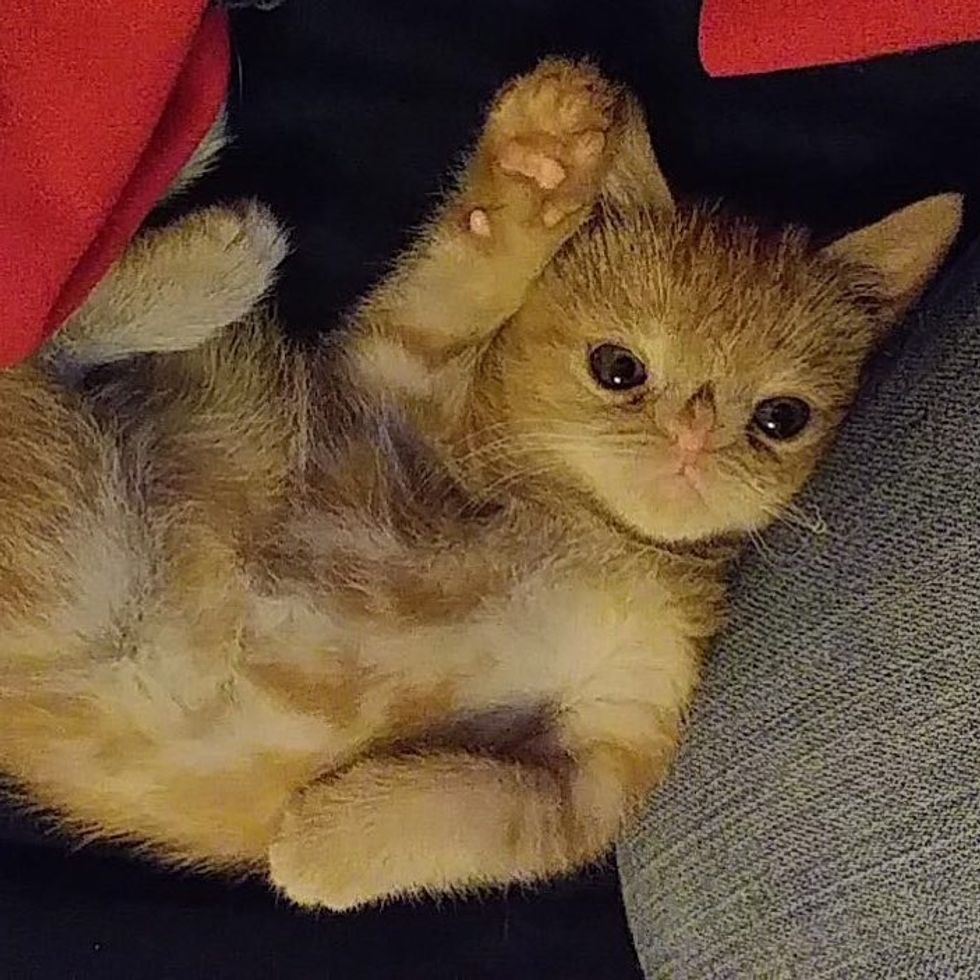 "She was very nervous when I first got her but within a couple of hours, she was in my arms, kneading me."

After a big meal, Butters decided to crawl into Renea's arms and purred herself to sleep. All the other kittens were snuggling with each other, but Butters wanted to be with her foster mom. 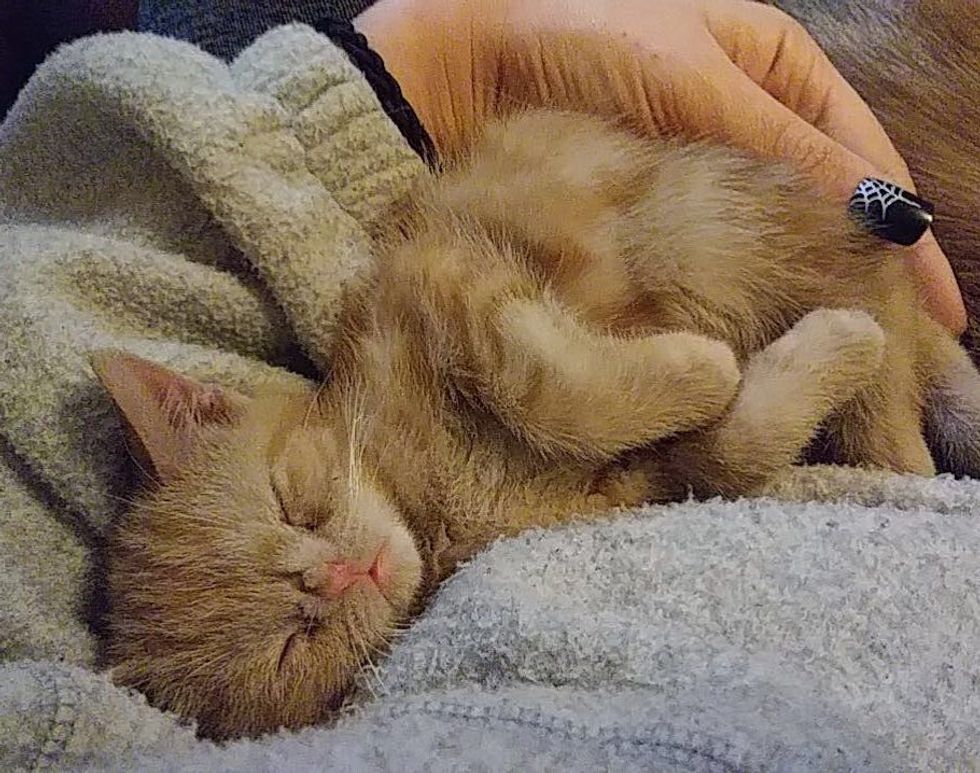 "I had no intentions of keeping any of the kittens but she kind of just bonded so well with me," Renea said.

Since day one, Butters has been Renea's most loyal companion, following her everywhere around the house. She's very affectionate with her and demands her constant attention. 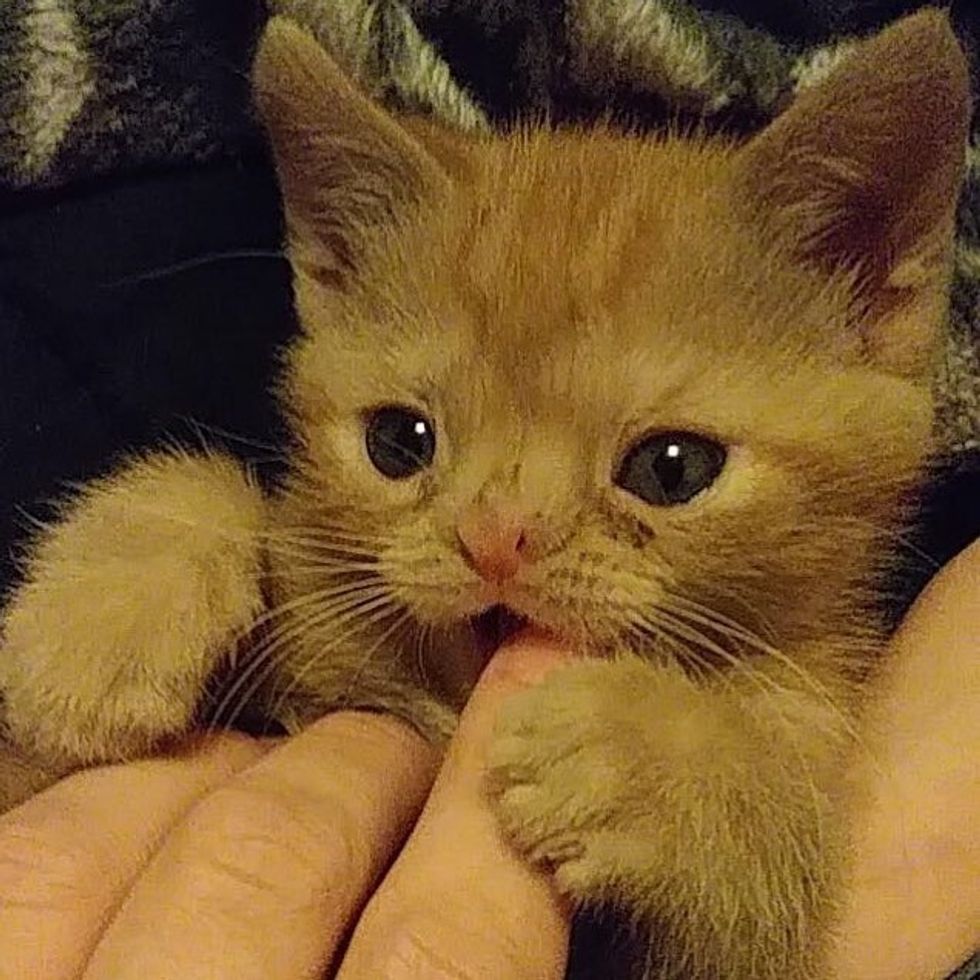 When Butters is not kneading or making biscuits on Renea, she's licking her hand, giving her baths.

"She is a cuddler and her purrs sound a bit different! But she purrs a lot," Renea added. "She's very ditzy, goofy, and a bit of a drama queen." 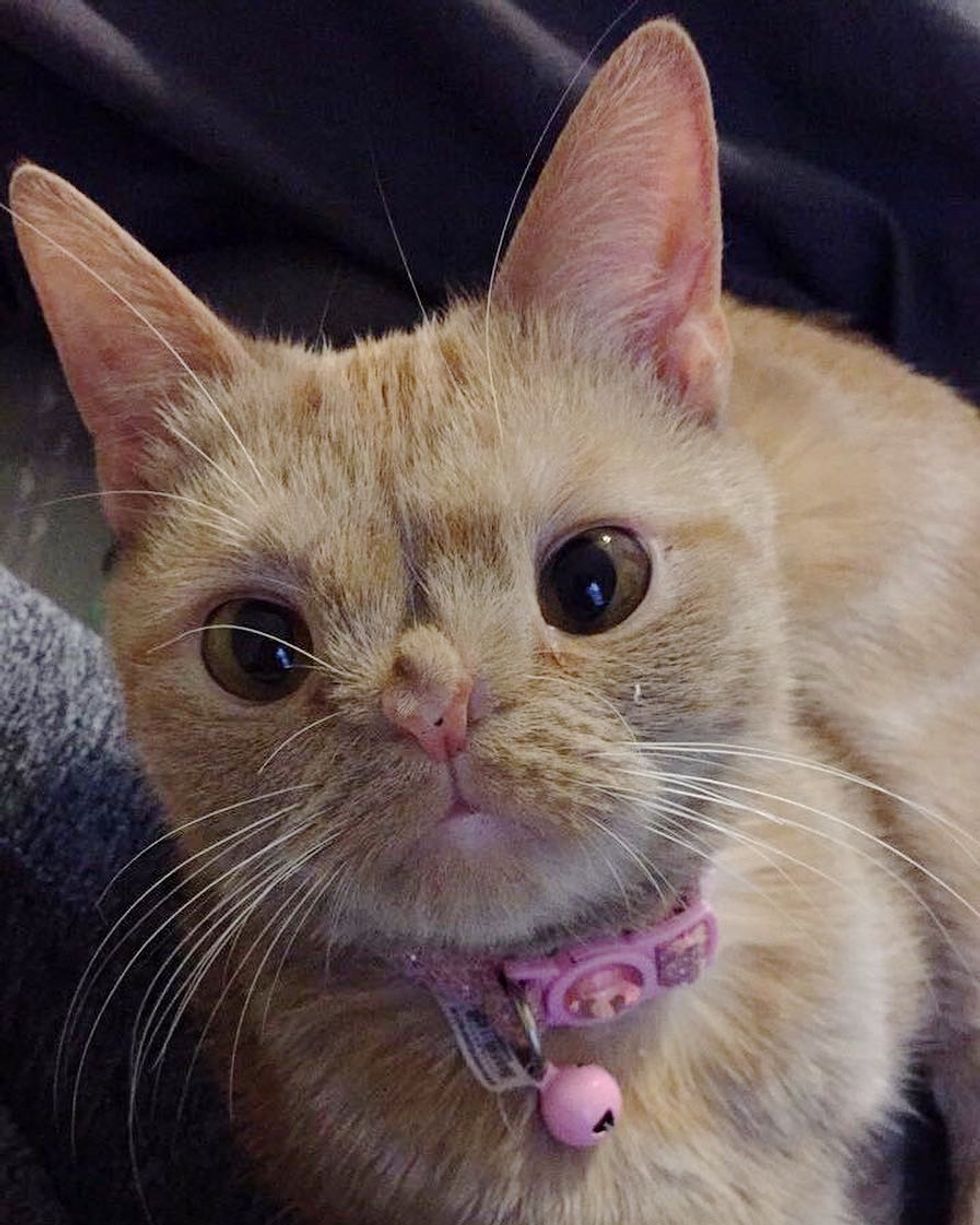 All the other kittens went to good homes when they were old enough, but Butters never left. She had crept her way into their hearts, and they simply couldn't part with her.

Watch Butters in this adorable video:

Butternut is all grown up now, weighing just 5.5 pounds. She's tiny but mighty!

The ginger girl is very kneady and has quite the cattitude. 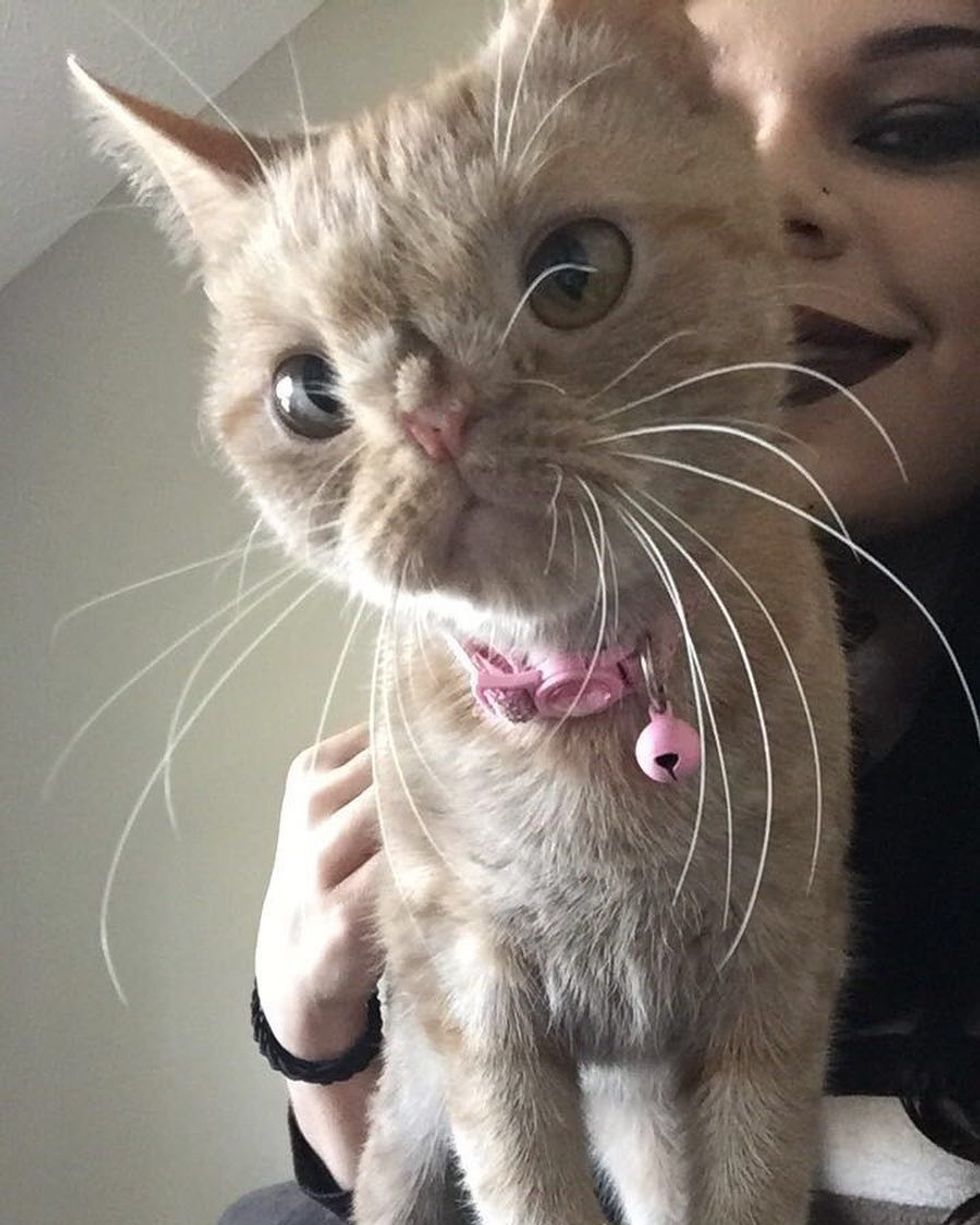 Renea continued her mission to find the momma cat, get her spayed and provide the help she needed.

"We finally caught her and took her to the shelter I worked at! She finally got spayed," Renea told Love Meow. "She was about 10 years old and found a good home." 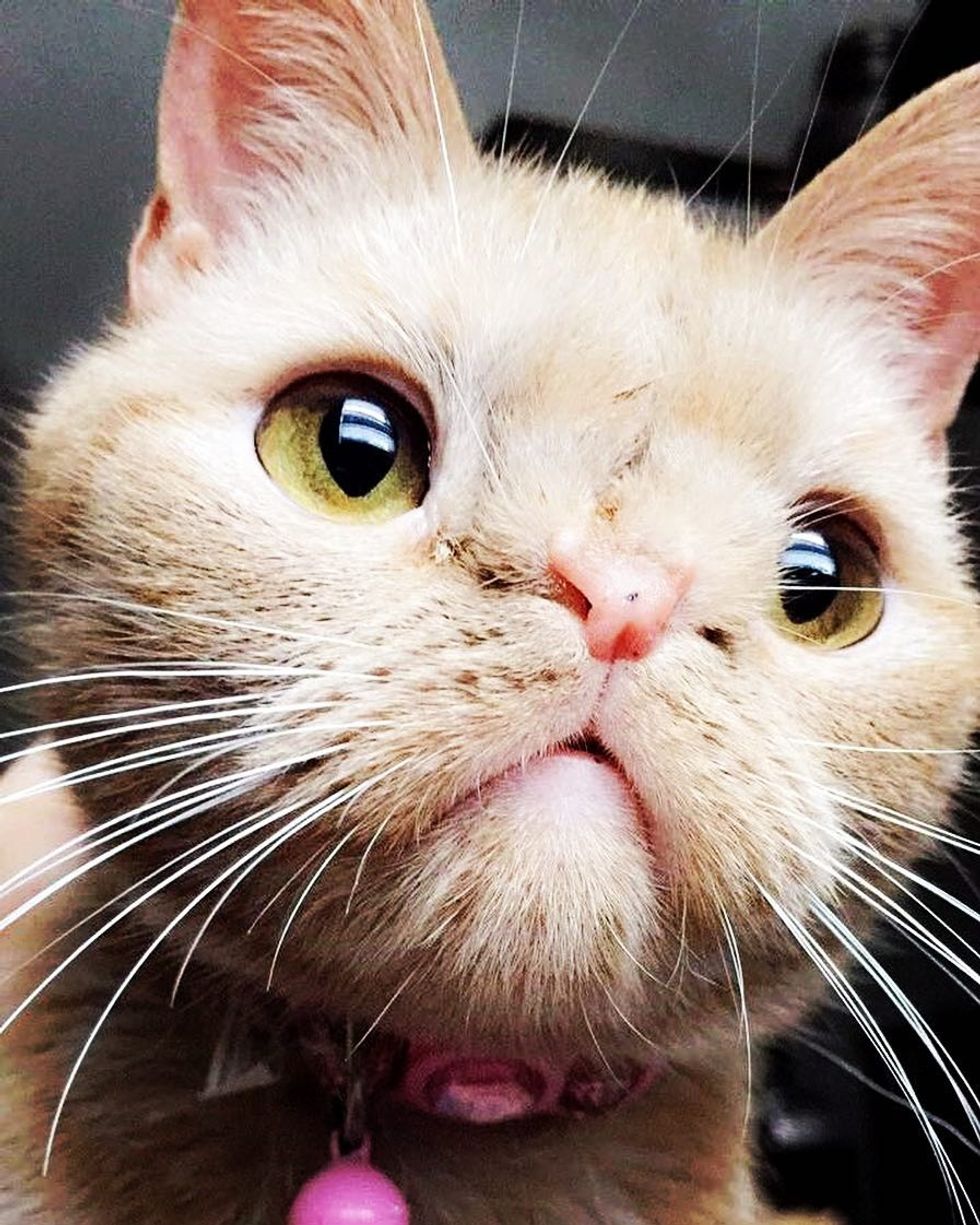 Butters was an itty bitty kitten when they found her in the shed. 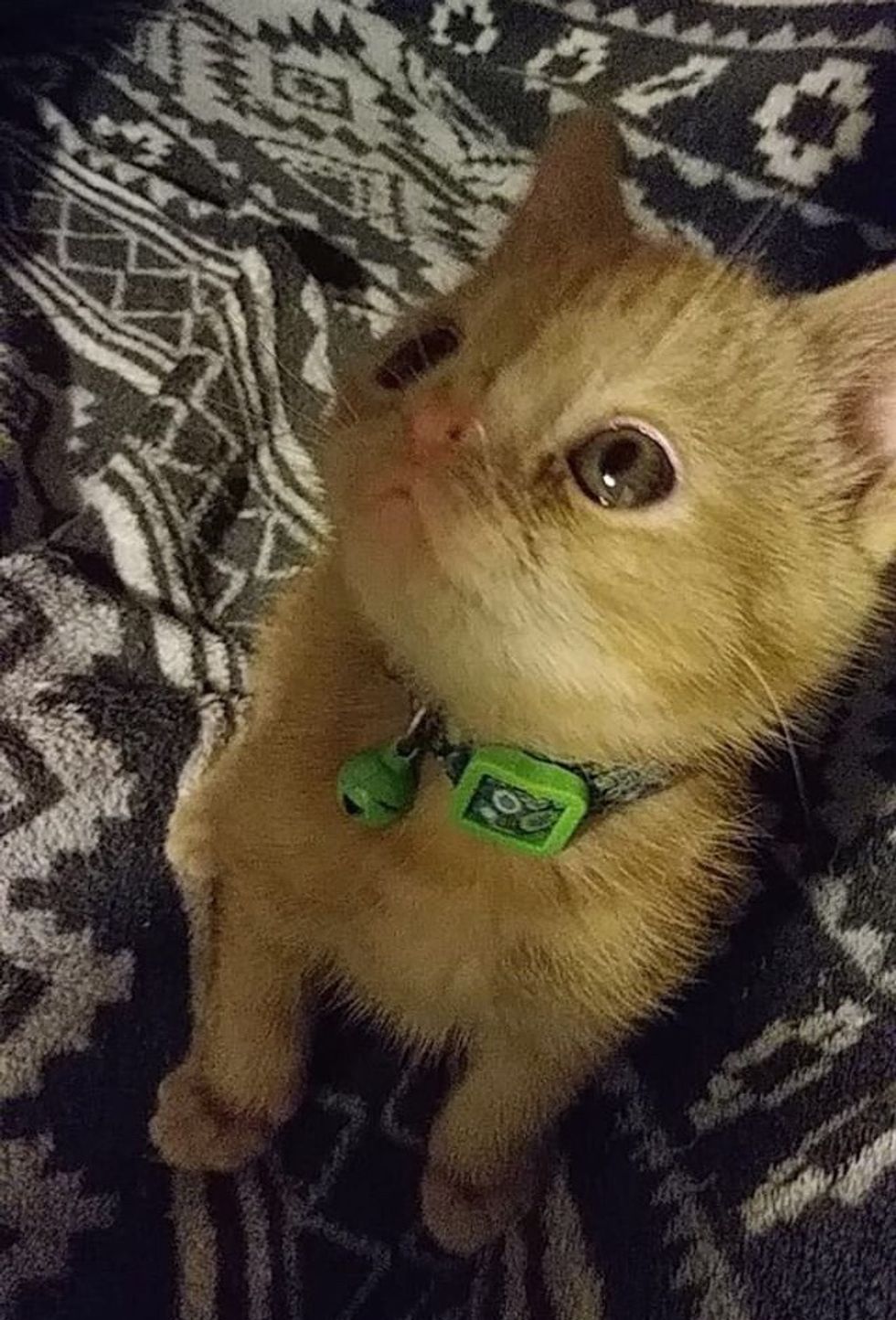 Now, she has blossomed into a gorgeous, majestic cat! 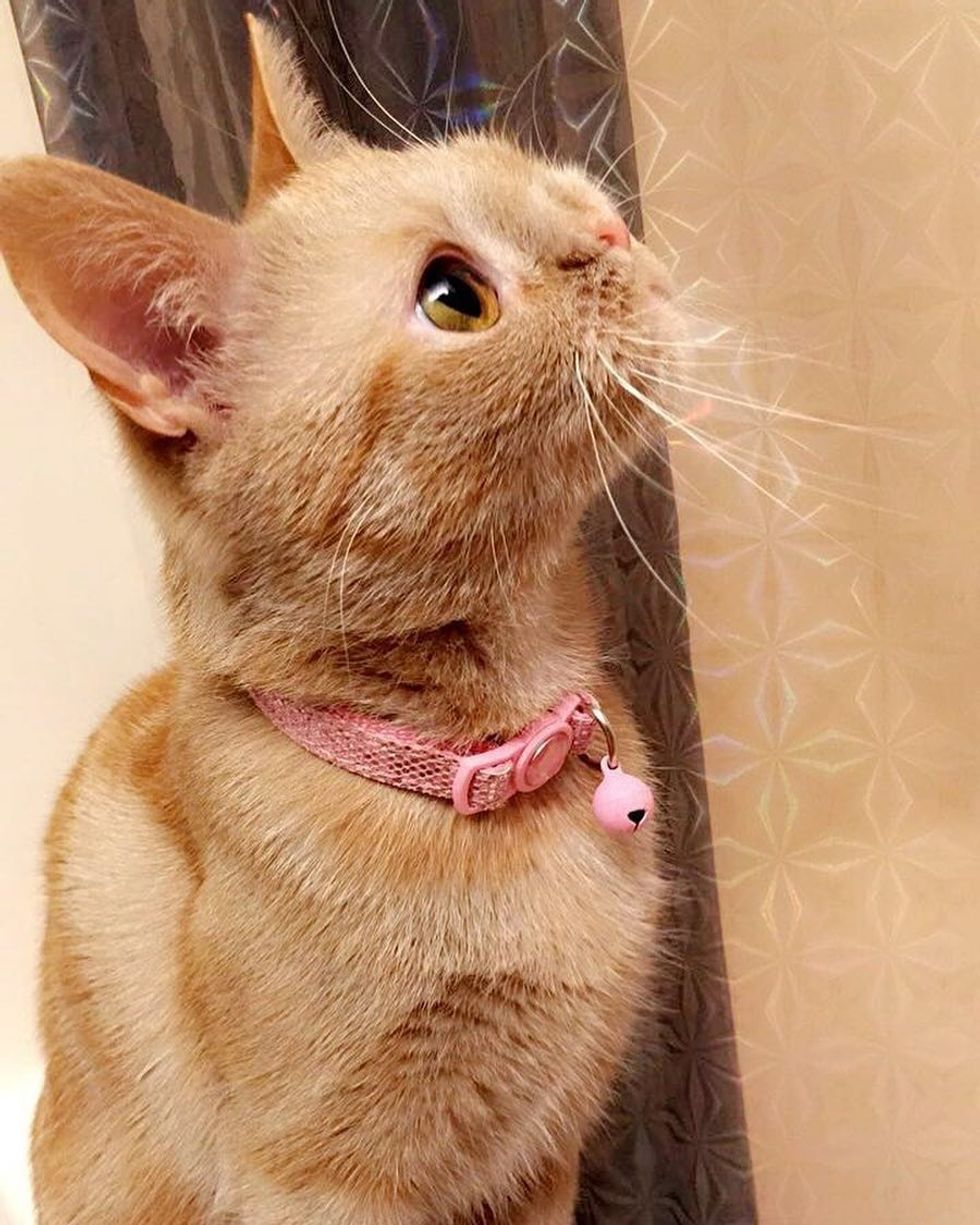