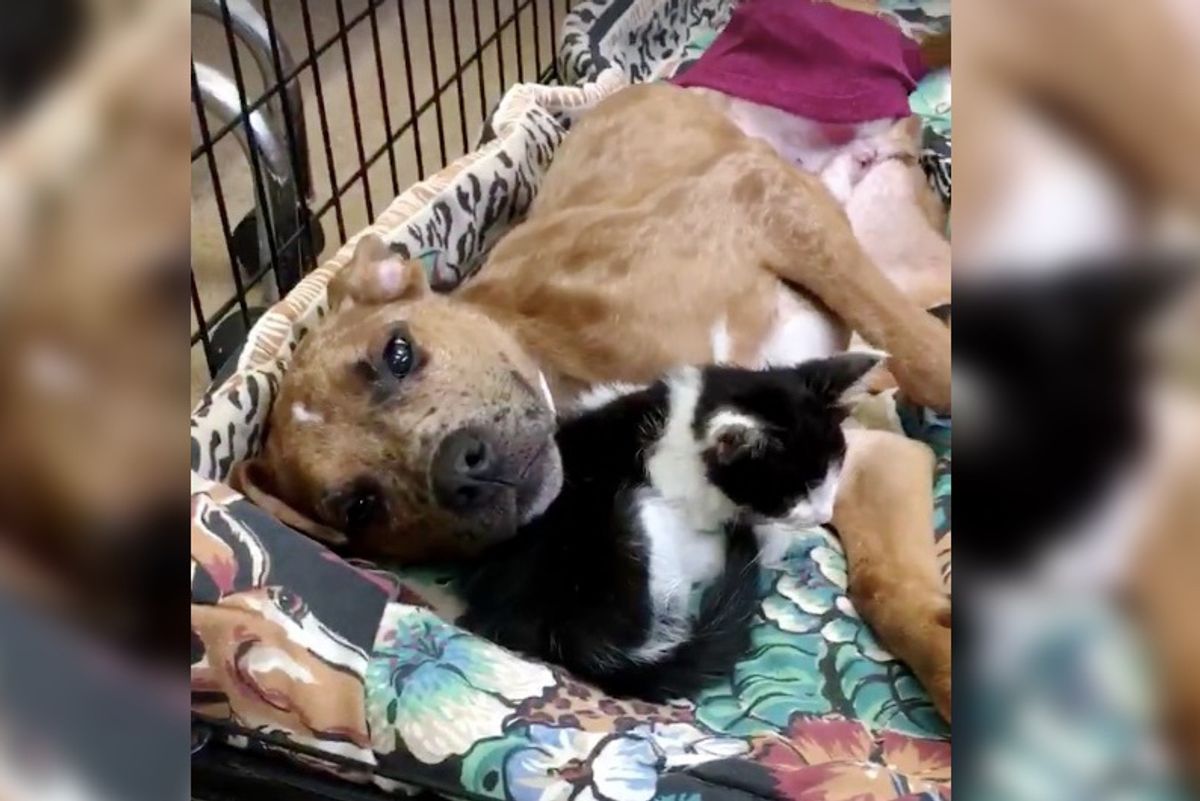 King the 8-month-old puppy came to the Kentucky Humane Society with a broken leg that hadn't been treated for months. They couldn't save his limb but they saved his life.

While King was recovering after his operation, a tiny 4-week-old kitten named Laila Ali, was taken into the shelter in need of a lot of help and TLC. 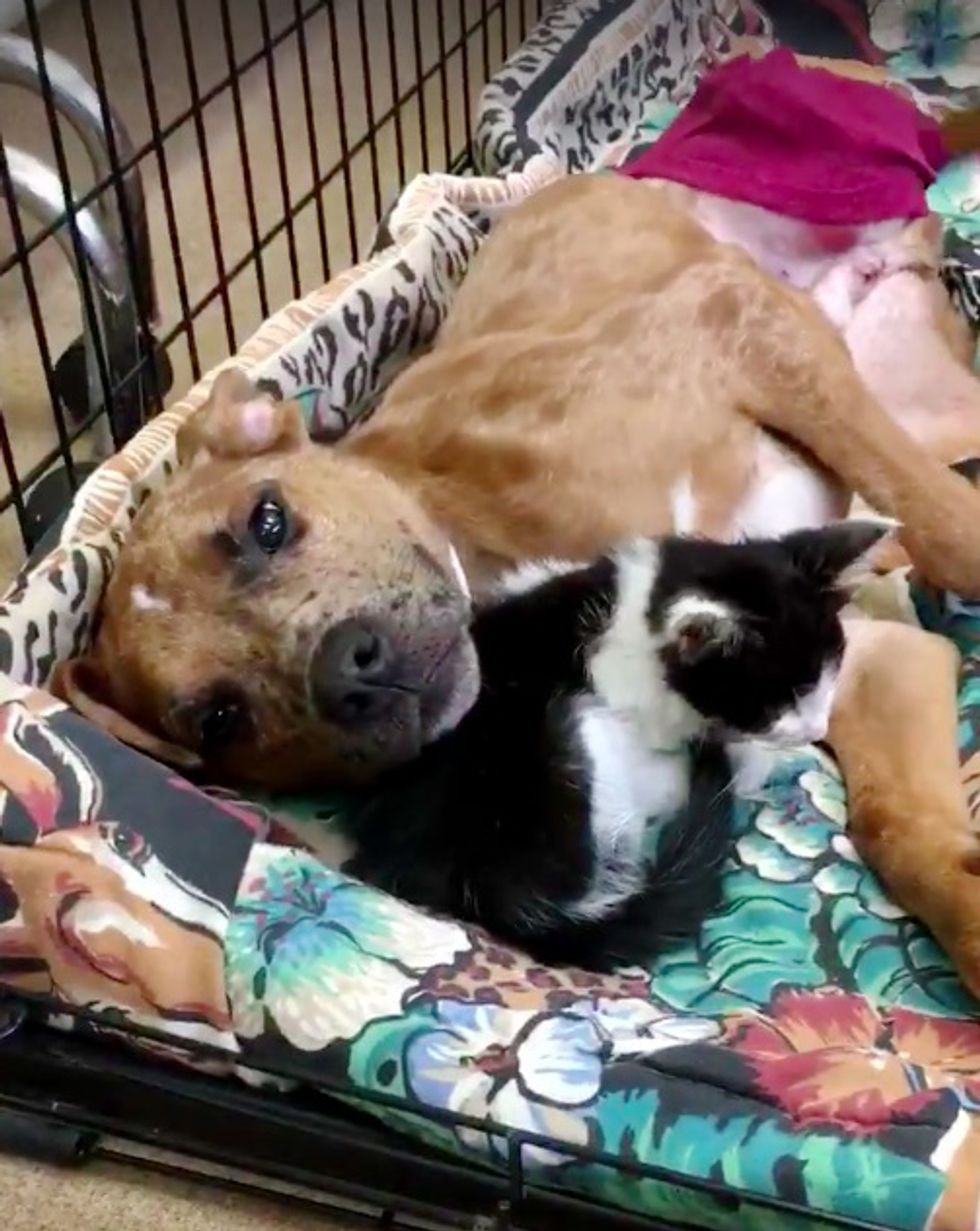 She was brought to the recovering room, the same place where King was. Soon something very beautiful happened. [Scroll down for videos]

"After the operation, King was whining for attention, as the same time as little Laila was mewing for love," the shelter said. "Our veterinary team decided to see if the two could find comfort with each other." 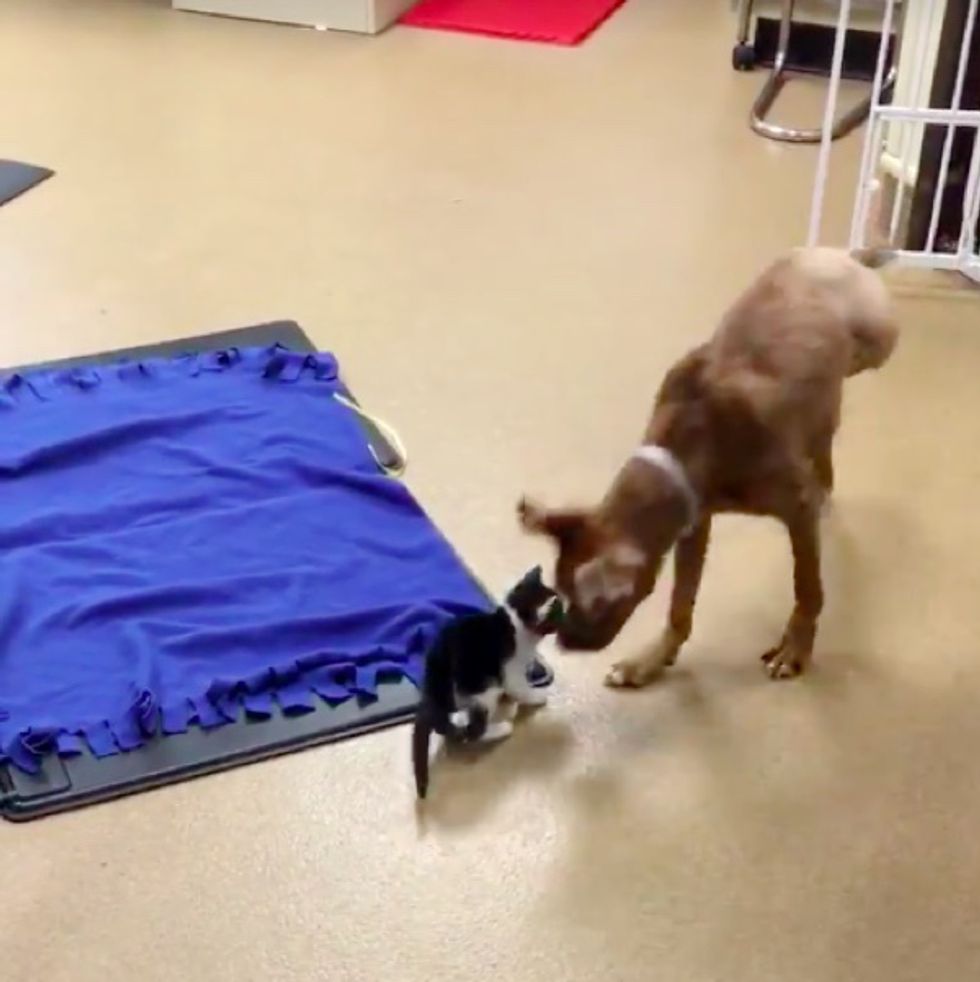 "It worked wonders, calming them both and letting them relax and rest."

They didn't want to be alone. Laila purred up a storm in King's arms and King became the happiest puppy.

The next morning, the two were up and walking around in their recovering room. Laila followed King everywhere he went and meowed to him for attention. It was apparent that the two buddies had bonded and found comfort in each other.

The shelter hopes they can get the two best friends adopted together.

King and Laila are helping each other heal. "Sometimes love and companionship is all you need!"