A couple went out for dinner one night, and came home with the sweetest cat purring in their arms. 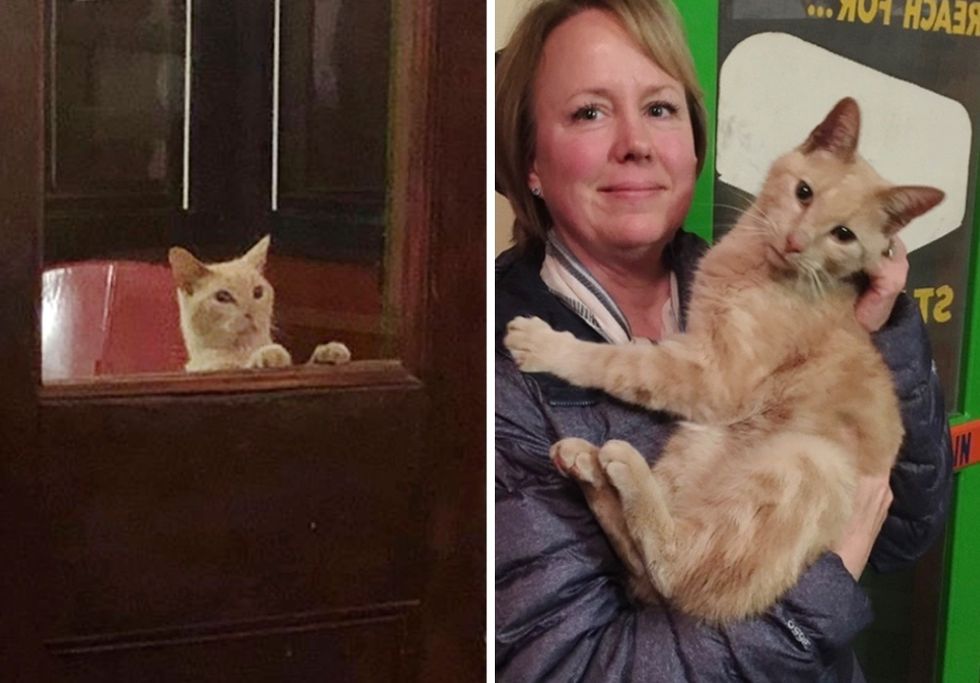 Stacey and her husband went out to eat one evening. Unbeknownst to them, they were about to cross paths with a stray cat who was longing for love.

While they were walking toward a restaurant, they were stopped by the cutest little wanderer. A ginger cat came up to Stacey, wanting her attention. He jumped into her arms without hesitation, and settled right in for a cuddle.

Stacey, an animal lover herself, was pleasantly surprised by the sweet gesture from the feline friend. They weren't sure if the cat had an owner, but the little buddy was surely persistent. He insisted on being held and petted, and they didn't have the heart to say no.

When they were eventually seated in the restaurant, all Stacey could think about was the sweet kitty. She learned from the workers that he had been outside for some time. When she glanced at the front door, she couldn't believe what she saw. 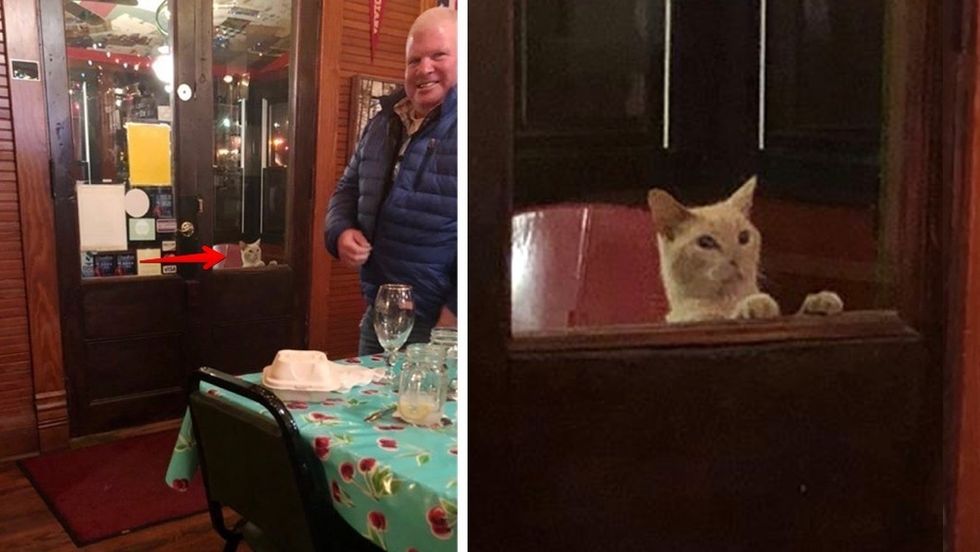 A familiar little face and a pair of paws were pressed against the window of the front entrance. The cat that they had just befriended, was standing outside the door, looking right at them with those wishful eyes.

"He was staring at my mom from the window outside the whole time," Madeline Ohara, Stacey's daughter, told Love Meow.

The cat was very skinny and the weather at the time was unbearably cold. Stacey knew she had to do something to help him. "My mom couldn't resist so she wrapped him up in a towel and took him home." 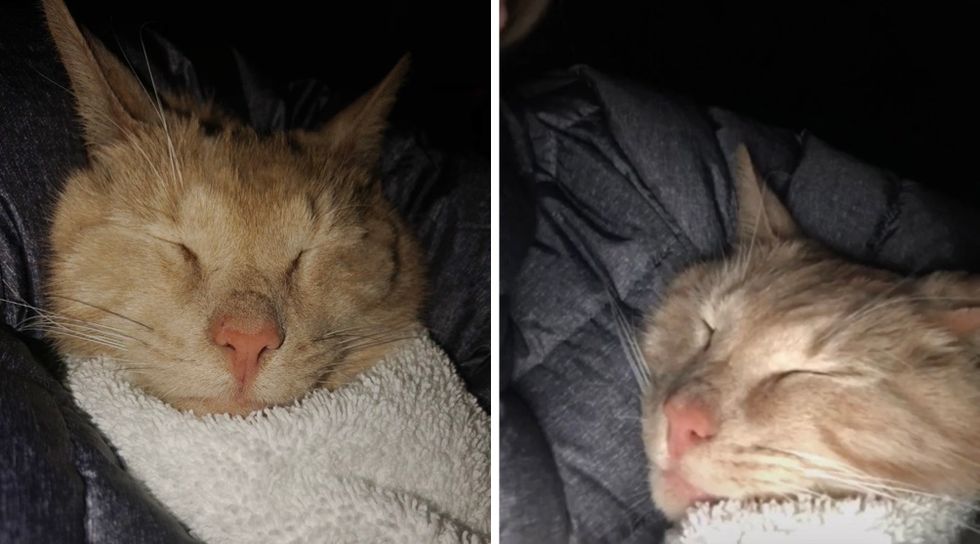 The ginger cat was so content, knowing he was in good hands. Stacey cuddled with him as he drifted off in her arms and slept the whole way home.

"The minute she brought him home he was laying on laps and cuddling. Our little dogs were running laps around him and he would just sit and watch," Madeline shared with Love Meow.

Stacey put up found-cat signs at the place of their rendezvous, and took the kitty to check for a microchip. Despite all the efforts, no one called to claim him. She took it as a sign, named him Lucky and made him a permanent part of her family. 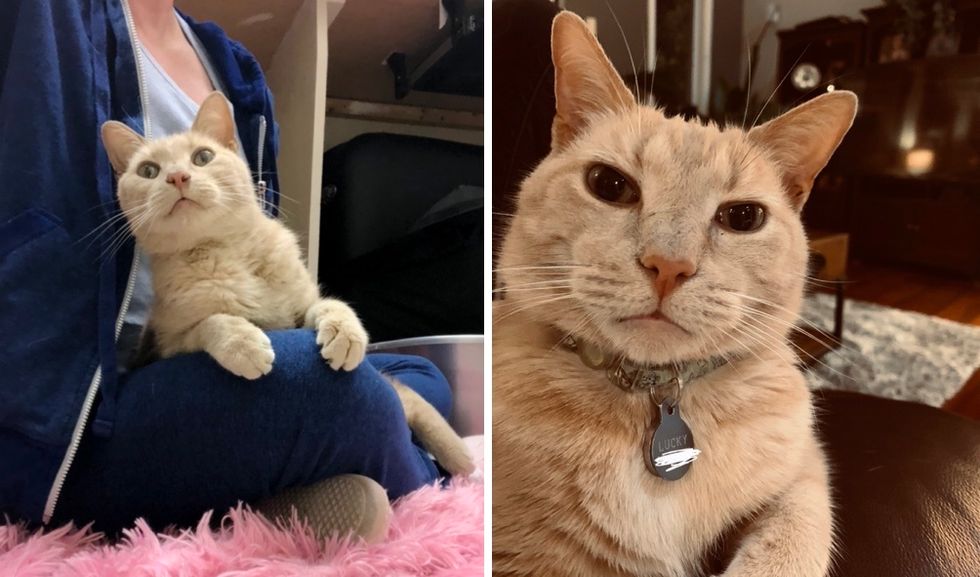 Lucky loves nothing more than being held and petted. Every morning without fail, he waits for Stacey to get up and gives her the cutest greeting with his paws.

Watch Lucky the cat in this adorable video:

Lucky the cat and his forever family www.youtube.com

"She wants her to carry him all morning while she cooks breakfast. It's so cute," Madeline told Love Meow.

"He loves my mom and follows her everywhere. He falls asleep on our chests, and he has to be all the way up by your neck." 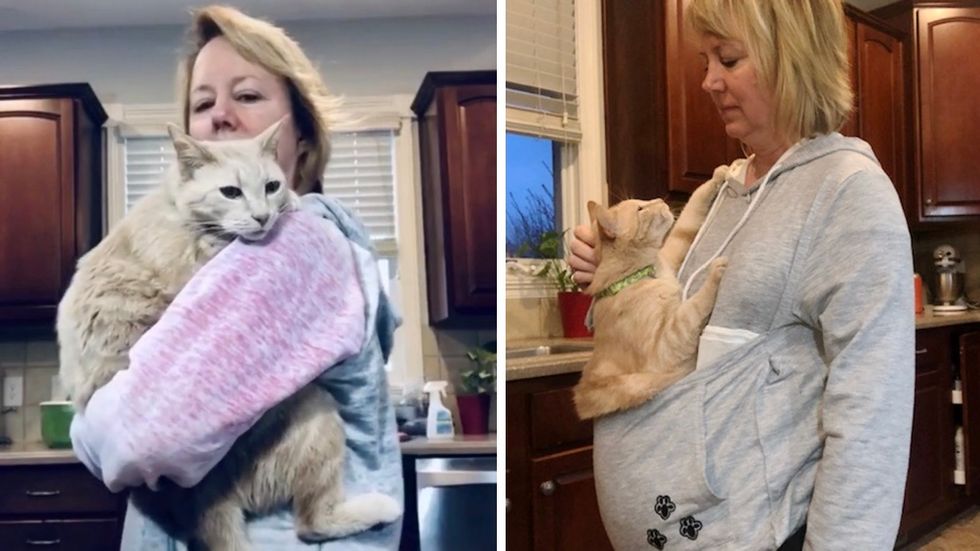 It's been one and a half years since they found each other. Lucky has blossomed into the happiest cuddle-bug and Stacey's most loyal companion.

"My mom has always treated animals how she would treat herself, and she taught me that growing up," Madeline said. 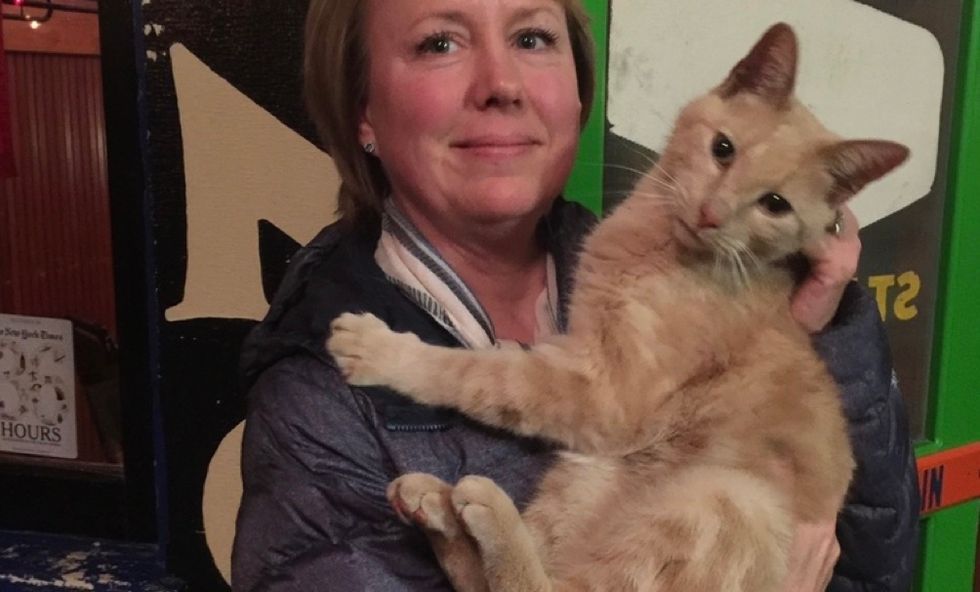 "Lucky is the sweetest boy ever. We love him so much and couldn't imagine life without him." 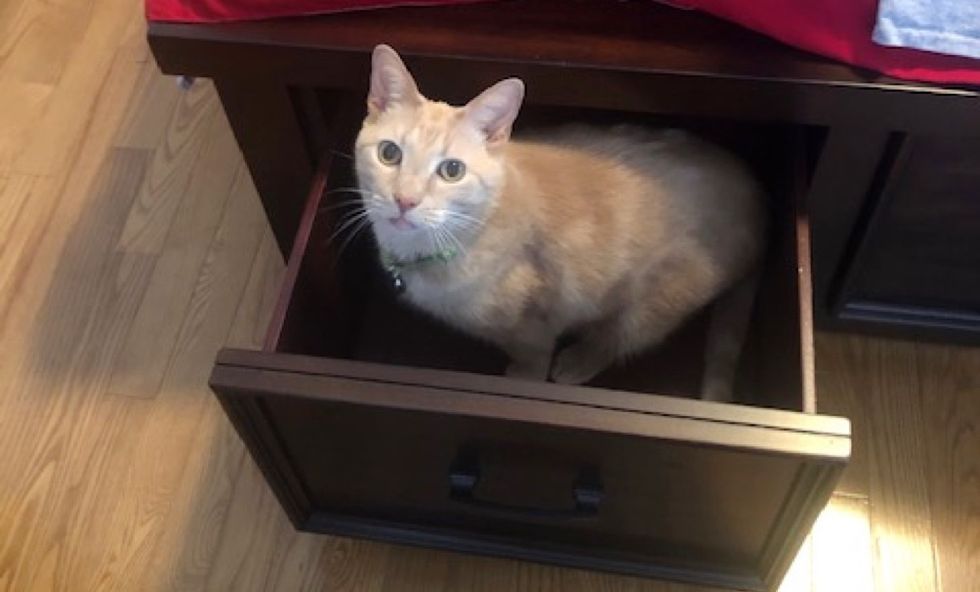 Share this story with your friends. Courtesy: Madeline Ohara @madeline.ohara

Related story: Stray Cat Befriends a Couple and Decides to Bring Her Kitten to Them