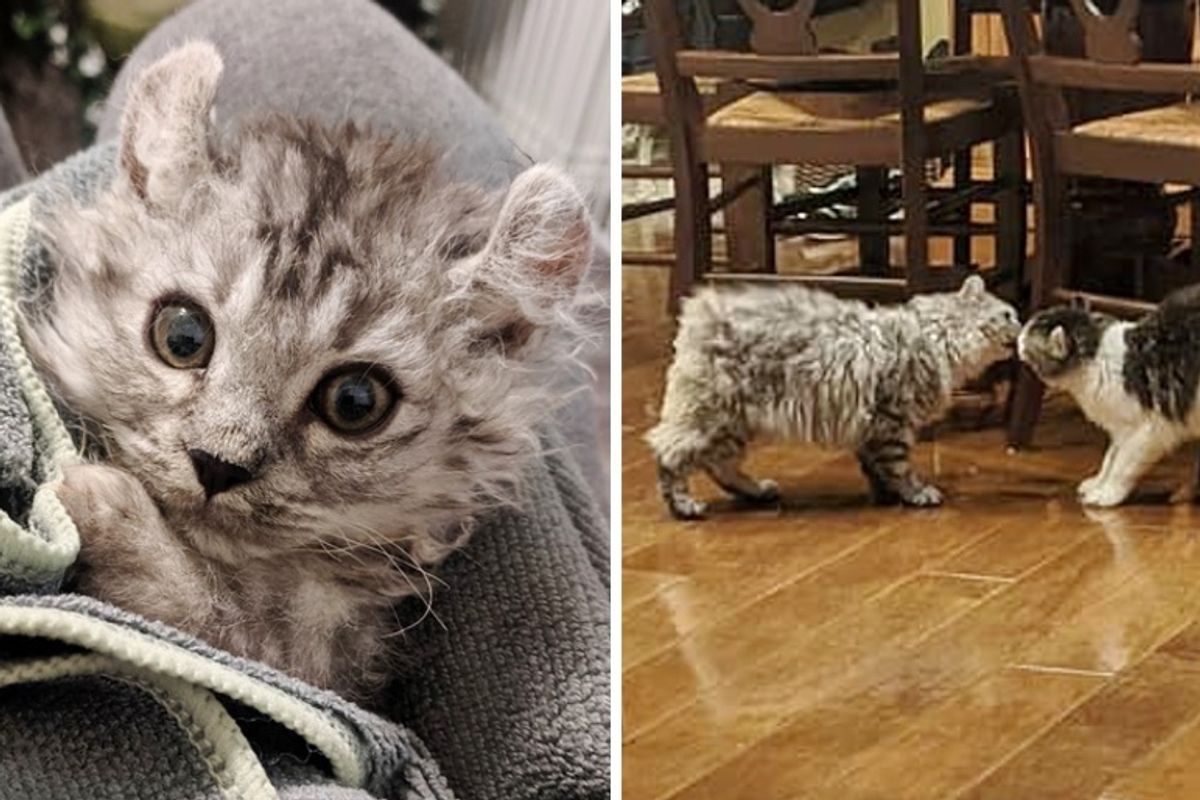 A Manx kitten was so happy when he was reunited with his sister at their foster home. 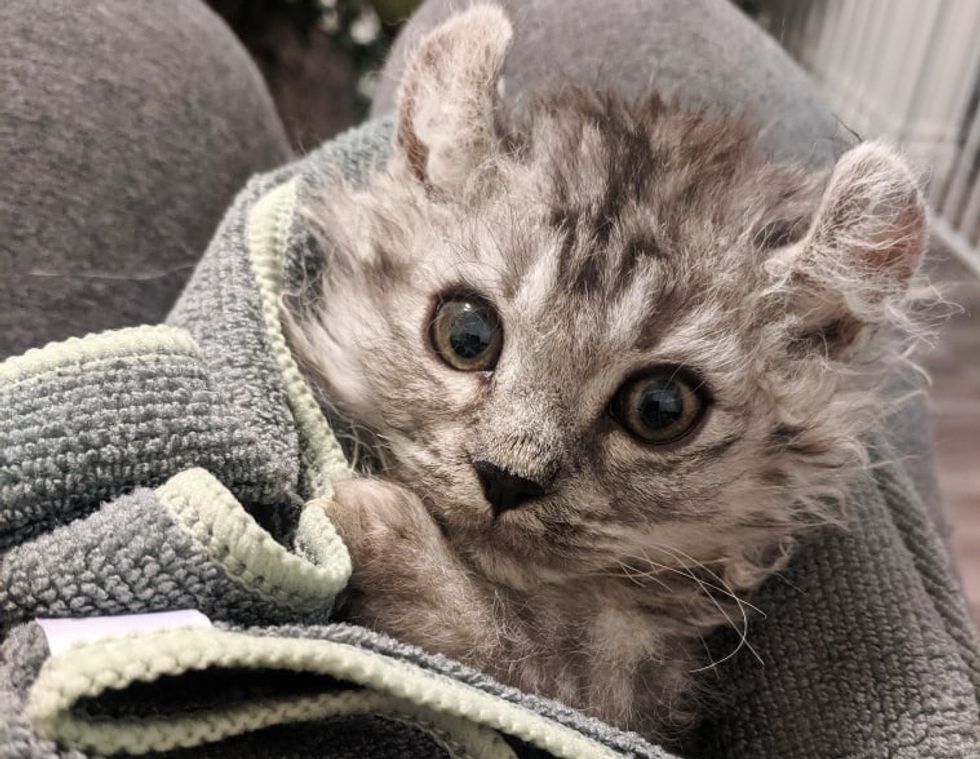 Jacqueline DeAmor, founder of Friends for Life Rescue Network (a rescue group in Los Angeles) was contacted about a kitten with Manx syndrome, a genetic mutation that affects some Manx cats.

"He was really hissy at me at first but it was all for show," Jacqueline told Love Meow. Shortly after he arrived, he warmed up to his rescuer and started rumbling with his adorable purrs.

"He was constantly purring and wanting to snuggle. He has curly hair and always looks like a mad scientist when he's playing."

The kitten named Liam needed immediate medical treatment and a lot of TLC. 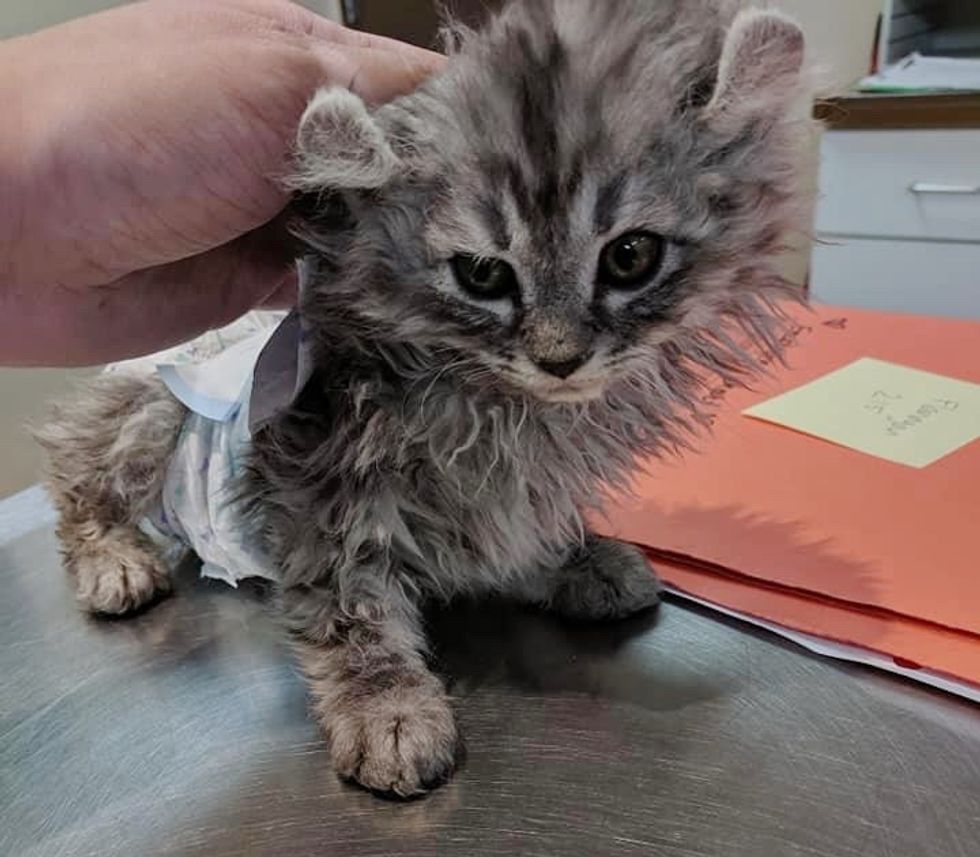 A week later, Jacqueline learned about another kitten who had the same condition and needed help — it was Liam's little sister Amber. Jacqueline didn't hesitate to take her in.

The two siblings had to be treated separately to ensure their recovery. Liam healed much faster and joined his foster home a few weeks later, while Amber continued to receive treatment to fight infections. 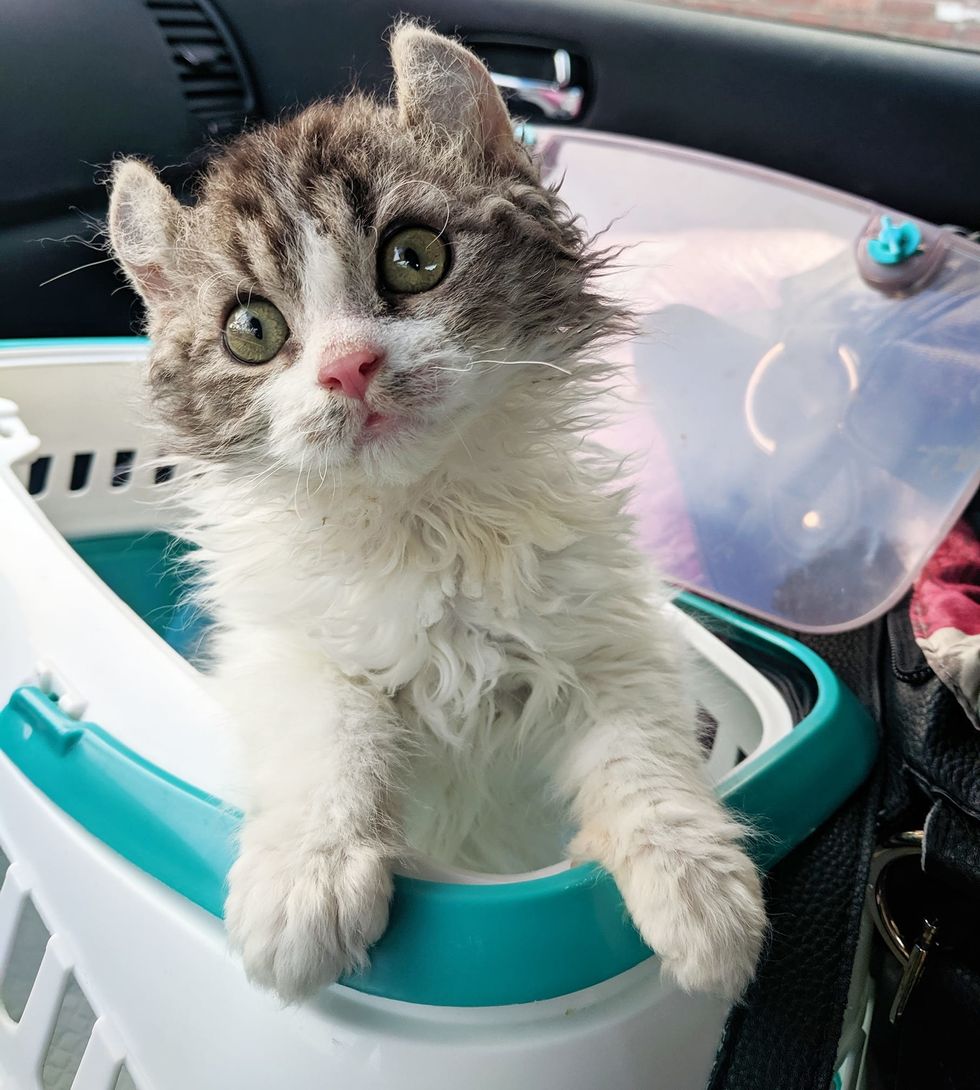 Liam befriended a German Shepherd at his foster home and was obsessed with his tail. He constantly sought attention and affection from everyone around him.

When Amber finally overcame her hurdles and healed up, it was time to reunite the two. 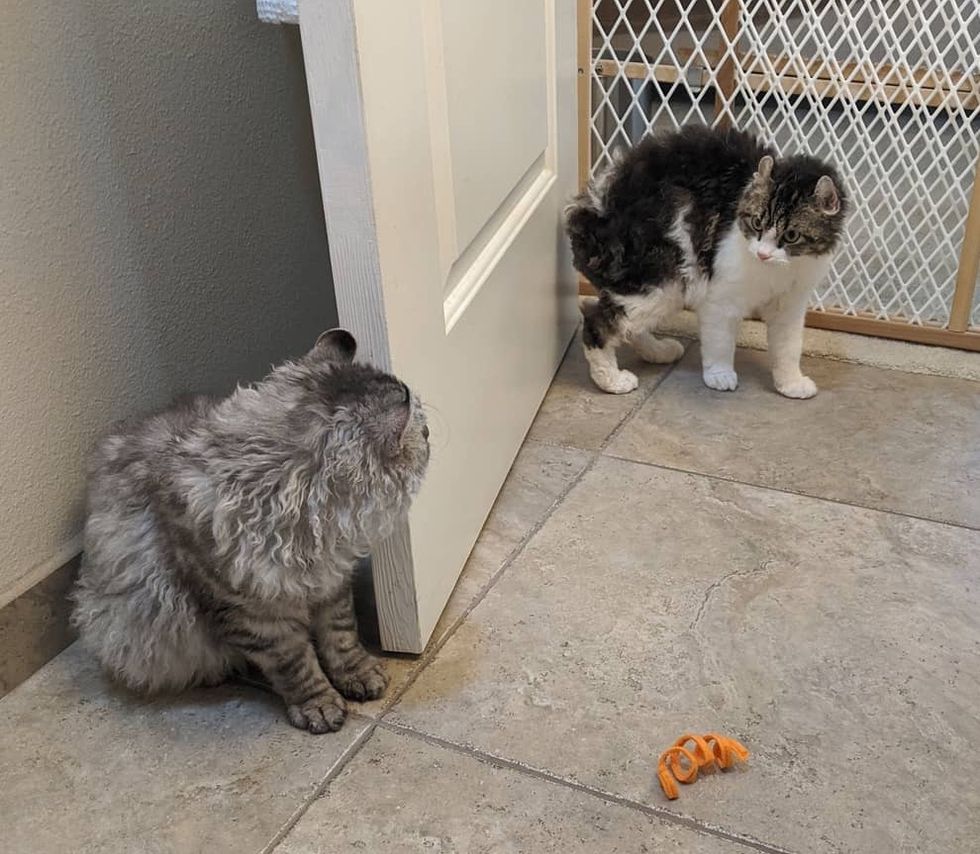 At first, Amber was a bit unsure about this very rambunctious kitty, but Liam was persistent.

He followed her around the house and climbed the cat tree when she was on top of it. "Amber is so easy going she took to her brother and my resident dog in a day," Denah Hoard, foster mom, told Love Meow. 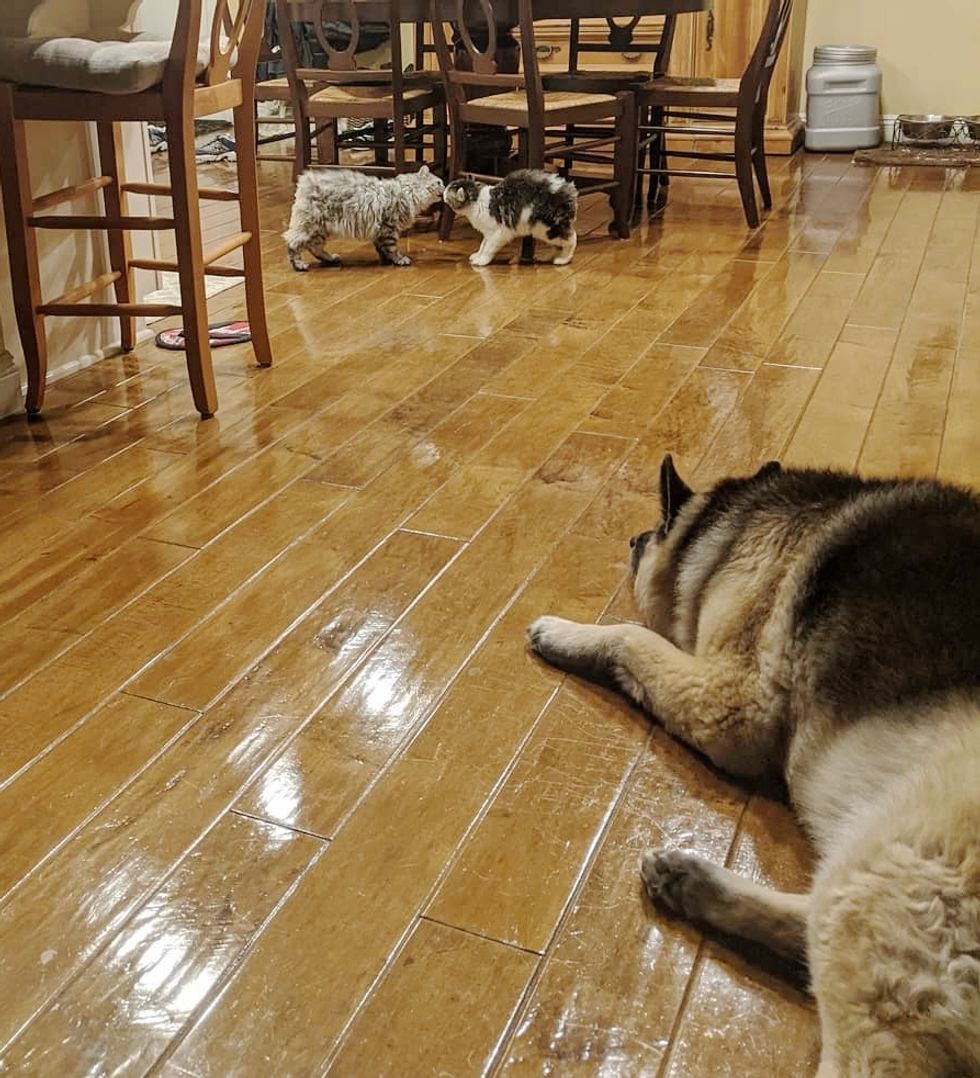 Before they knew it, the two siblings were snuggling with each other on a big chair as if they had never been apart.

Watch the two kittens in this cute video:

They started plotting their daily antics, hunting for toys and scampering around the house together like they owned the place.

"They always want what the other one has." 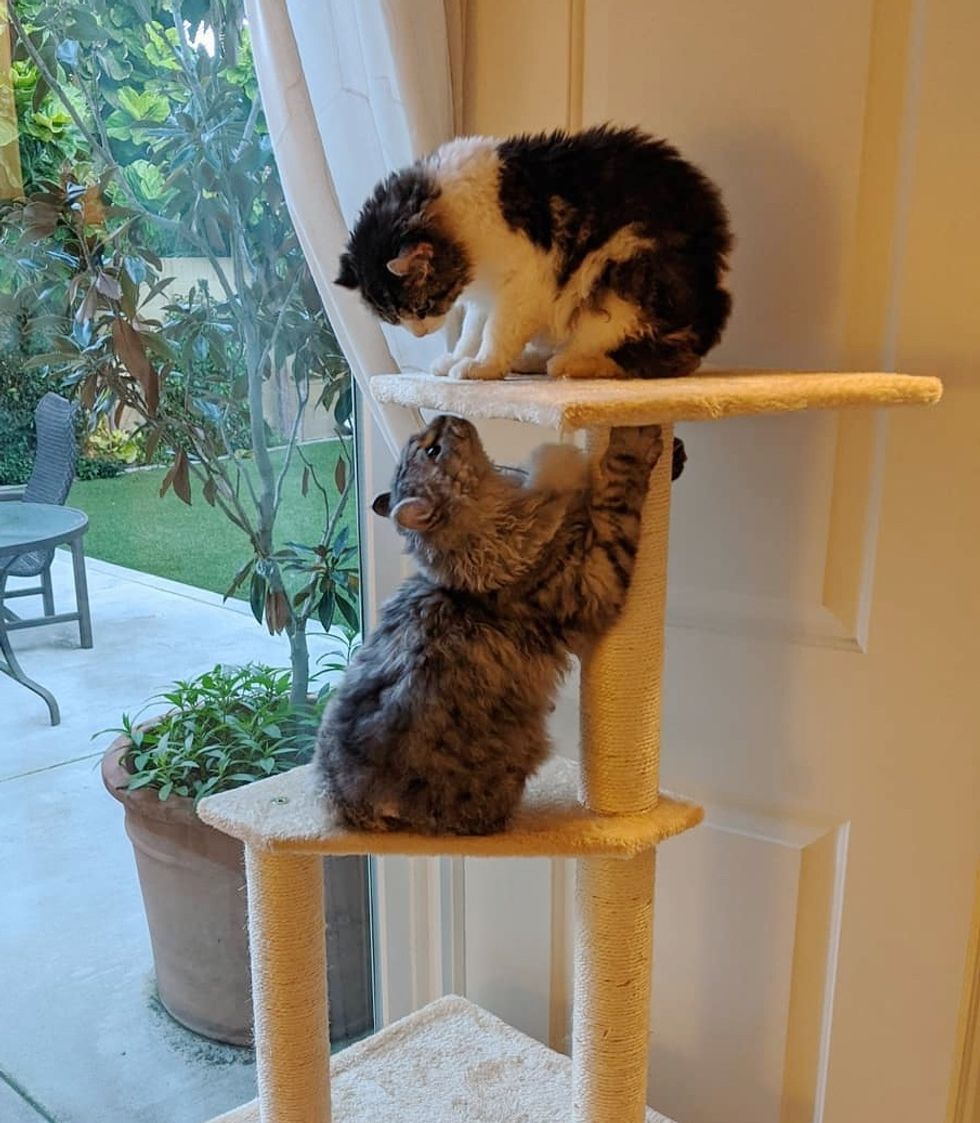 "Liam is the spicy one as he is the dude of all dudes - he will play hard and then serve up snuggles and biscuits," Denah shared with Love Meow.

"Amber is the princess. She snuggles with anyone who will pick her up or anyone on the couch including the dog." 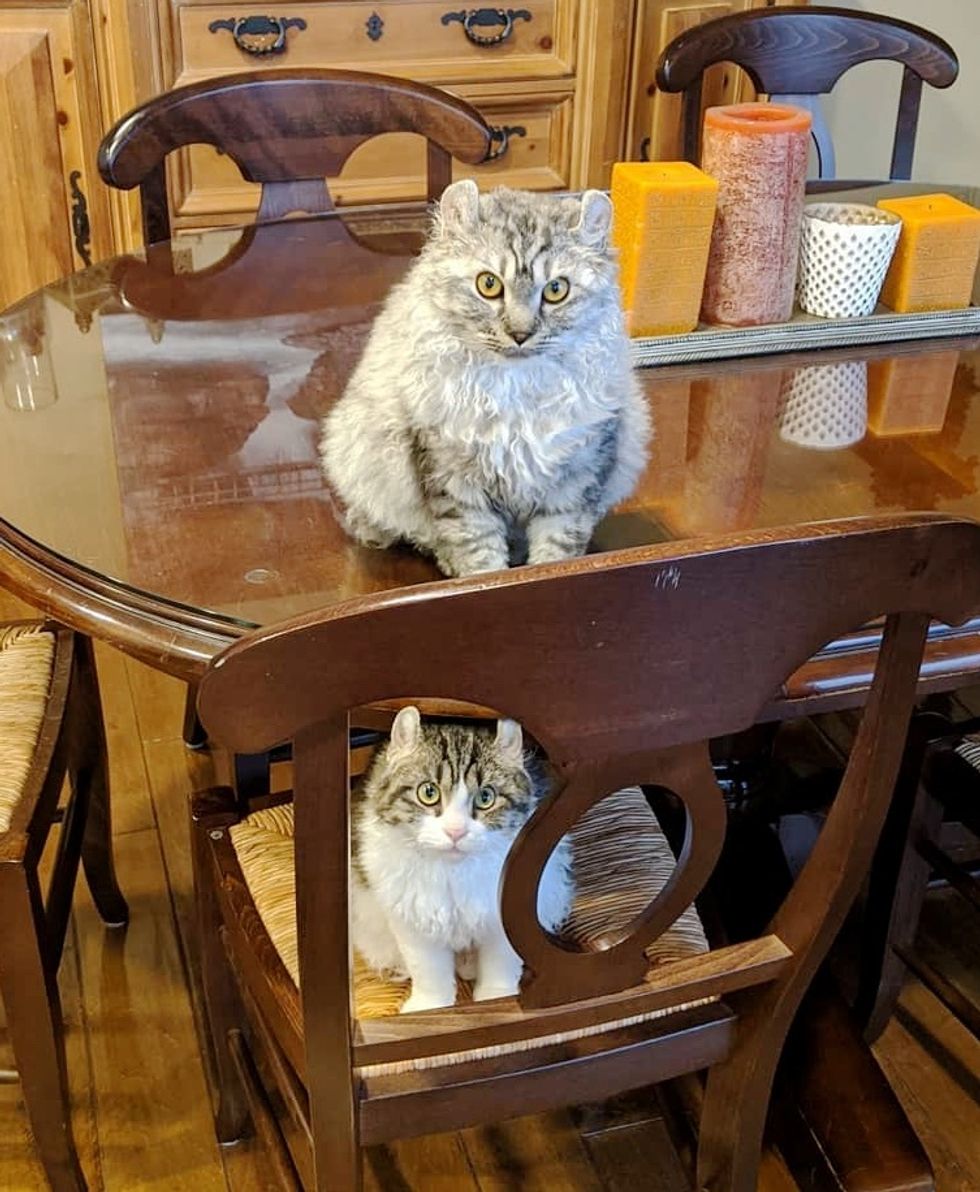 Their canine buddy Addie enjoys their company and doesn't mind when Liam wrestles and grooms his big, fluffy tail.

Liam loves to play, and Amber is a snuggle-bug, full of love. With the two partners in crime, their house is always packed with entertainment. 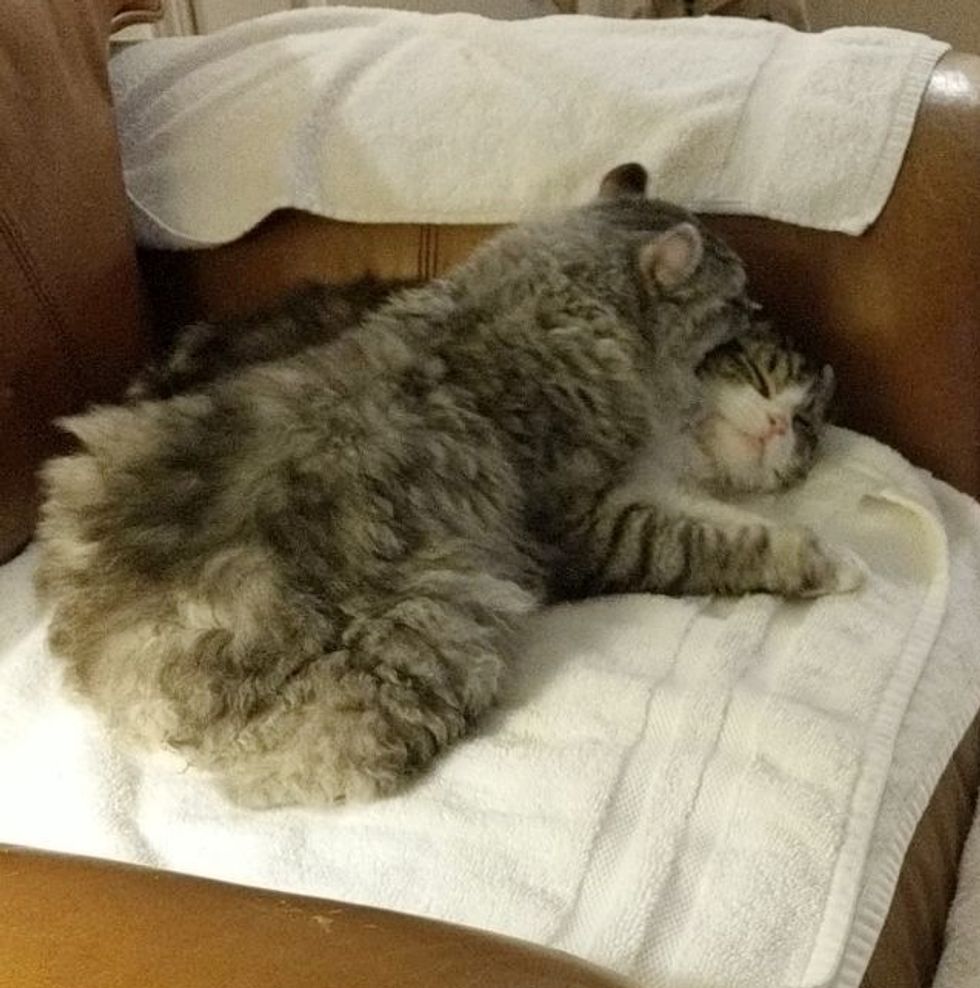 They have no idea they have special needs. "Their medical needs are simple but require a schedule for their health. These two kittens are warriors," Denah said.

After a long recovery journey, the brother and sister duo is finally ready to look for a forever home. 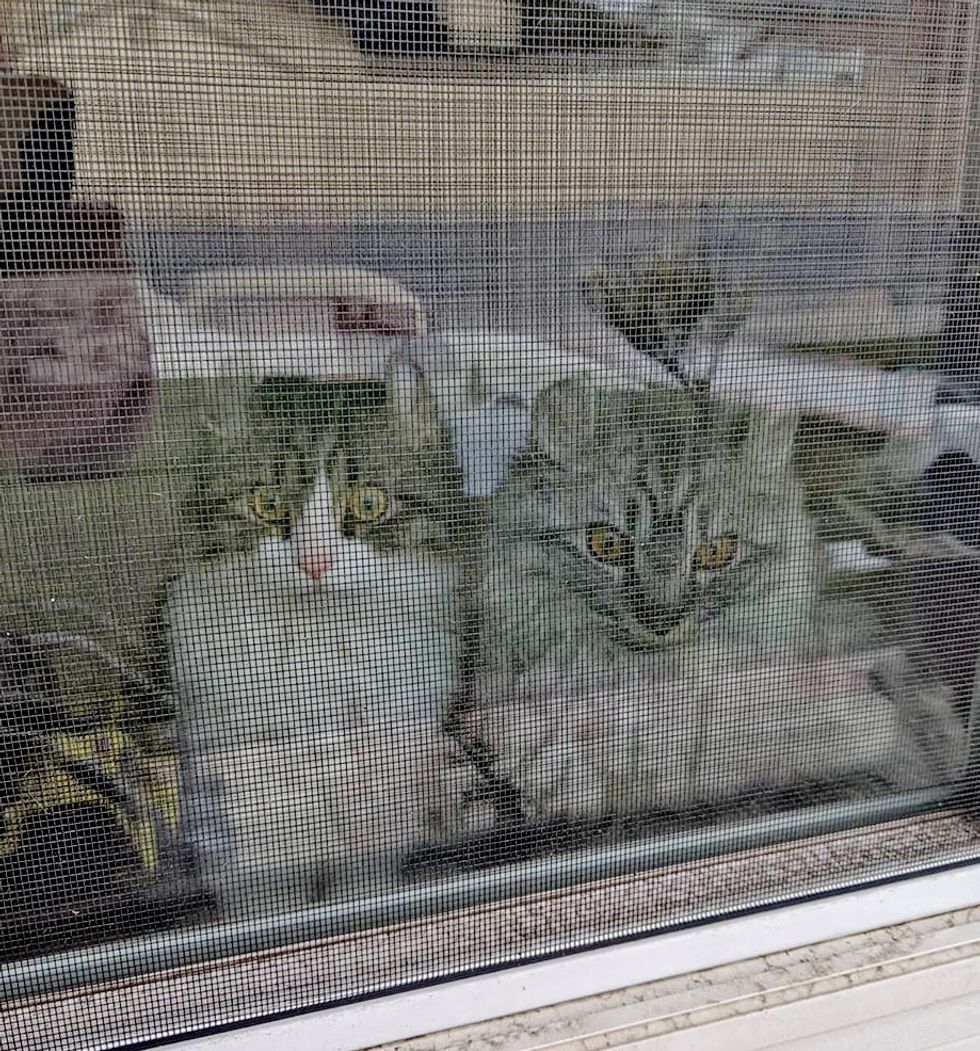 The kittens have blossomed into beautiful, playful young cats.

They insist on sharing the same bed with their foster mom, along with their confidant Addie. 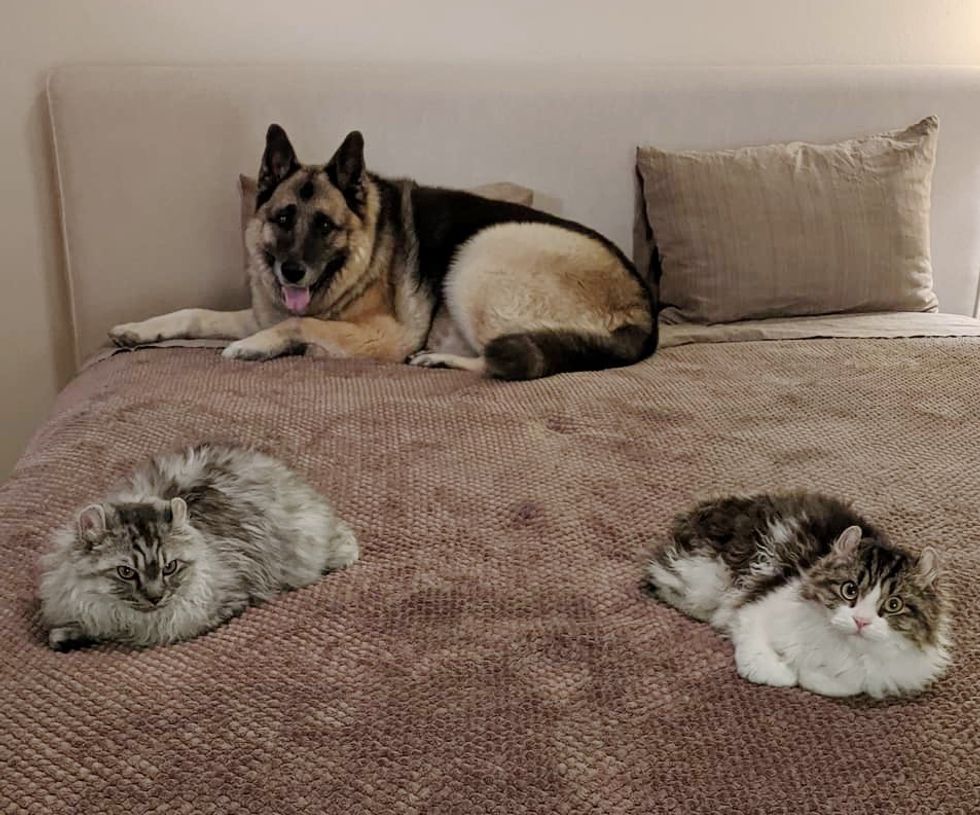 Related story: Woman Went to Adopt These Two Kittens But Couldn't Leave Their Other Brother